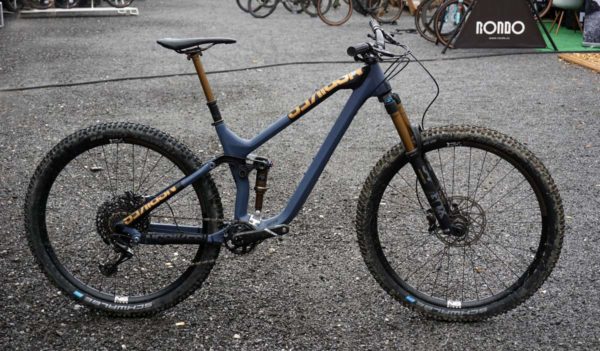 The all-new NS Bikes Define 29er trail bike lets you adjust reach, BB height and travel, moving from 130mm to 155mm rear wheel travel by swapping out the rear shock and lower mount. Throw in adjustable geometry and more clever features and you’ve got another enduro bike worth putting on your short list. Here’s the details… 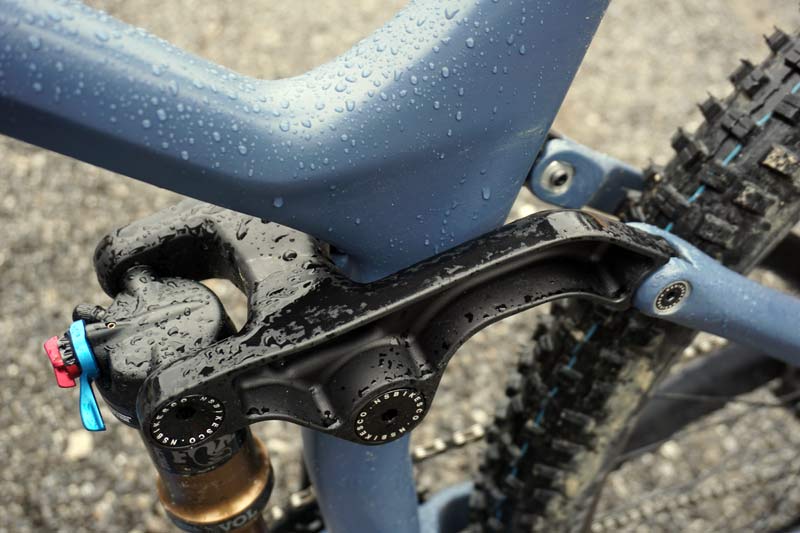 The Define draws its inspiration from their 27.5 Snabb trail bike, which is available in distinct 130mm and 150mm travel versions. Up top is a new oversized one piece rocker to increase stiffness, which lets them eliminate the seatstay bridge on the Snabb. 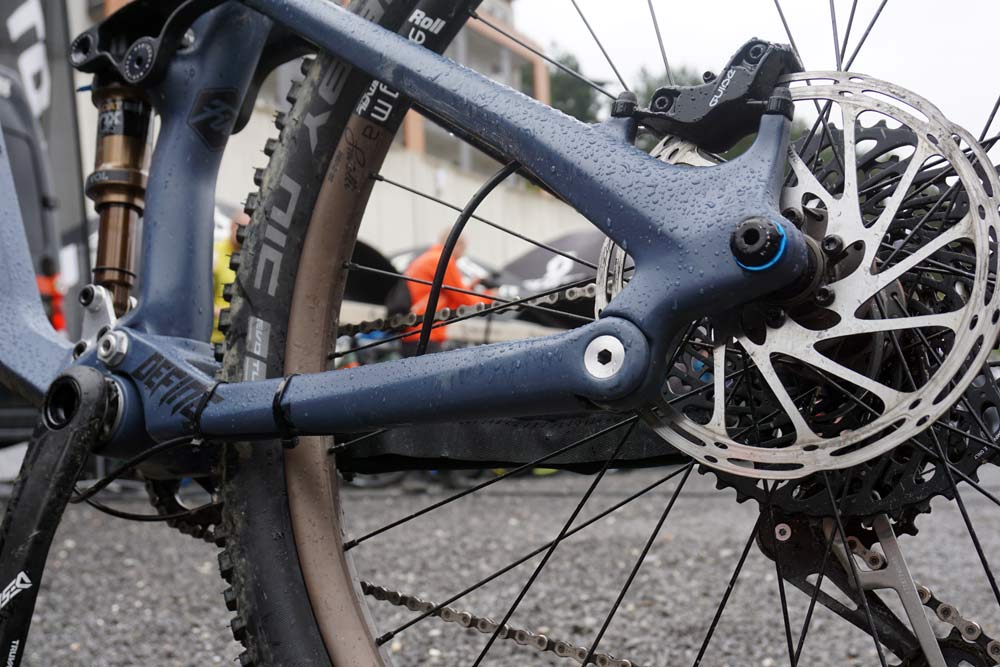 Out back, the lower rear bearing is bigger than the Snabb, making it stiffer and more durable. They also added more sealing around the main pivot’s bearings. 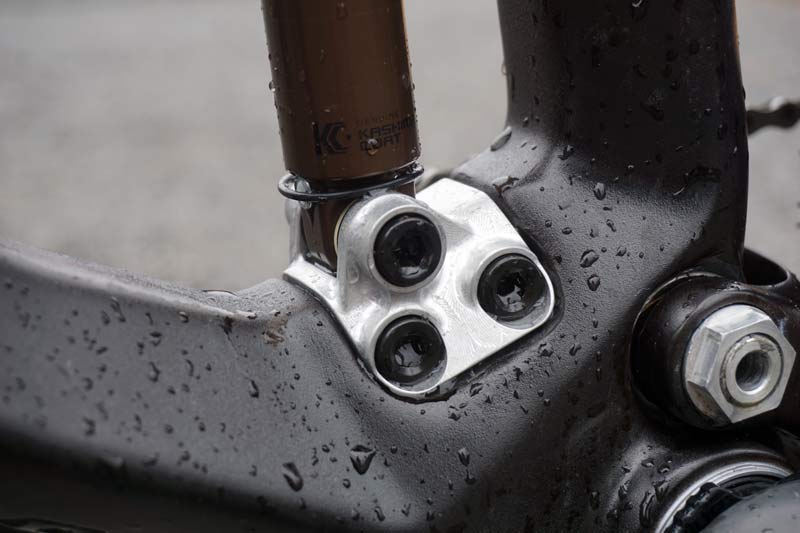 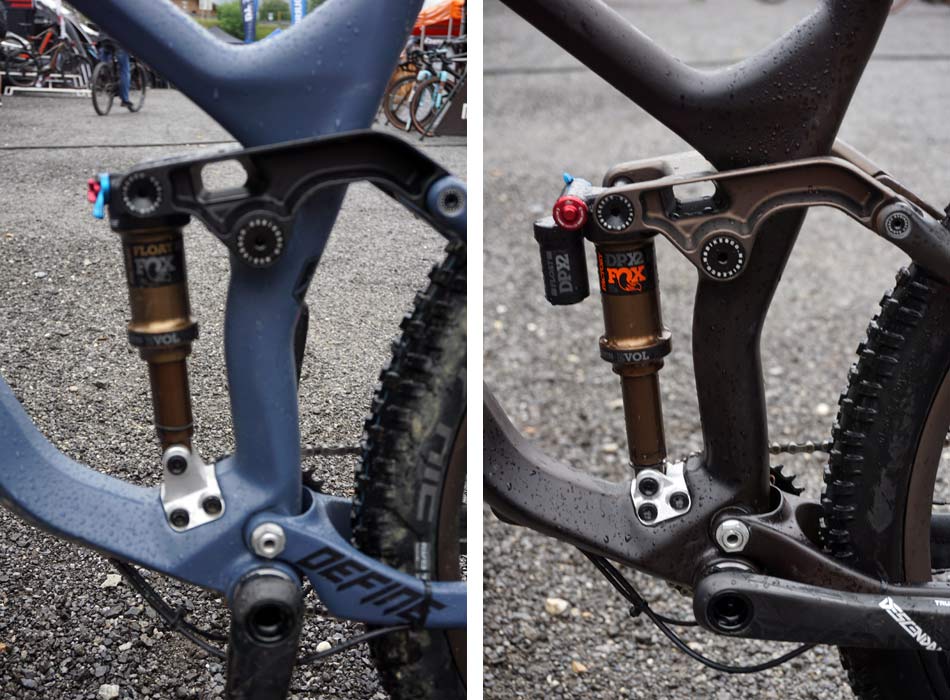 The lower shock mount is where the transformations take place. Flip it around and you can adjust the bottom bracket height by 5mm (30-35mm drop in 130mm travel configuration, 36-41mm in 155mm). Or switch between the two sizes and swap your shock to a different length/stroke to switch between the two travel settings. The bike will be sold in both configurations, with change parts available separately. Head and seat angles change by 1º between travel figures, and they recommend a fork with matching or +10mm travel. 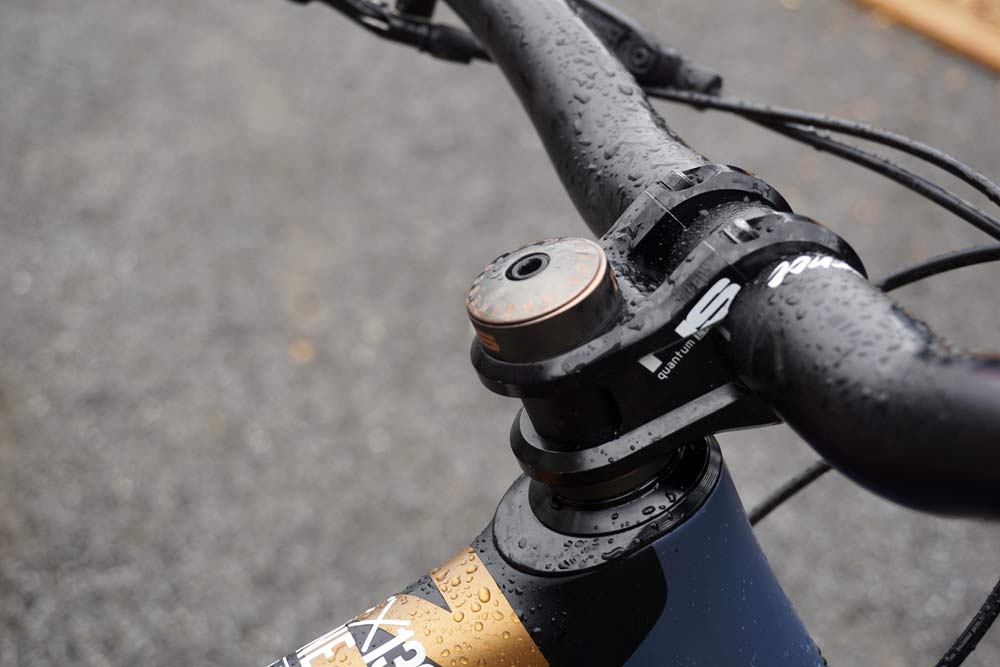 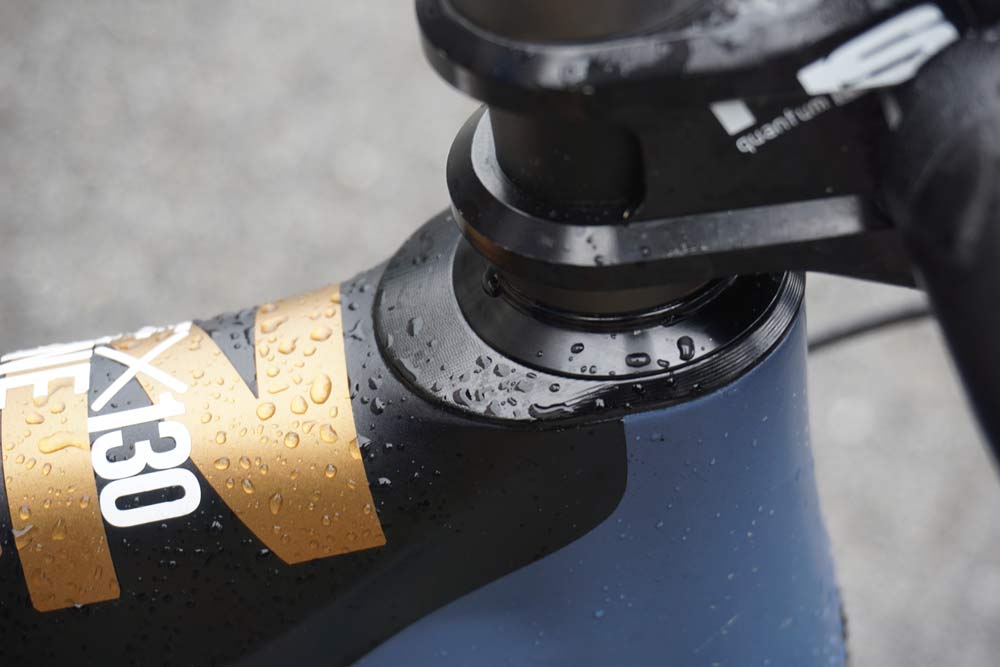 In the front, the Define 29er lets you flip the headset insert to adjust the reach by 10mm. It uses elliptically shaped insets to ensure everything is lined up. 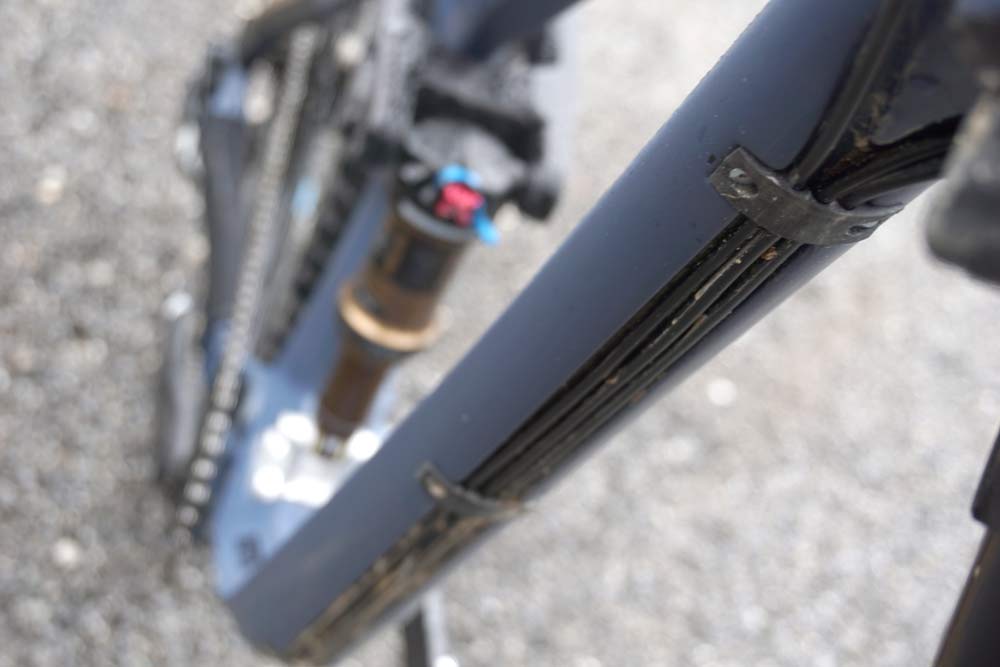 It’s last trick is this hidden external cable routing, giving it the clean appearance of internal routing without the hassles. 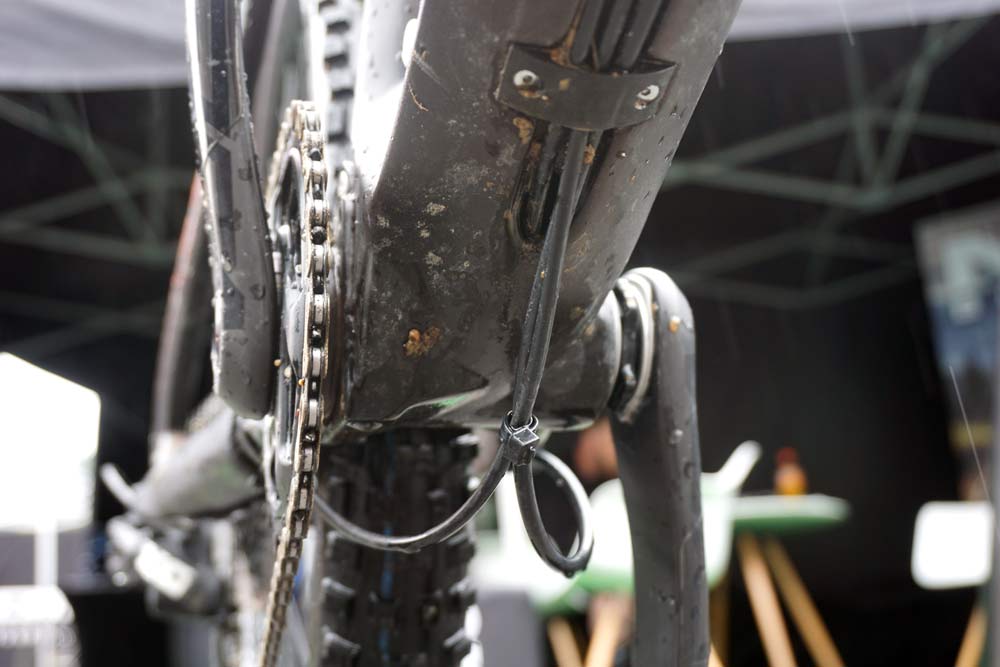 A stealth dropper seatpost line feeds into the frame just in front of the BB and the rest carries on to reach the rear derailleur and brake. 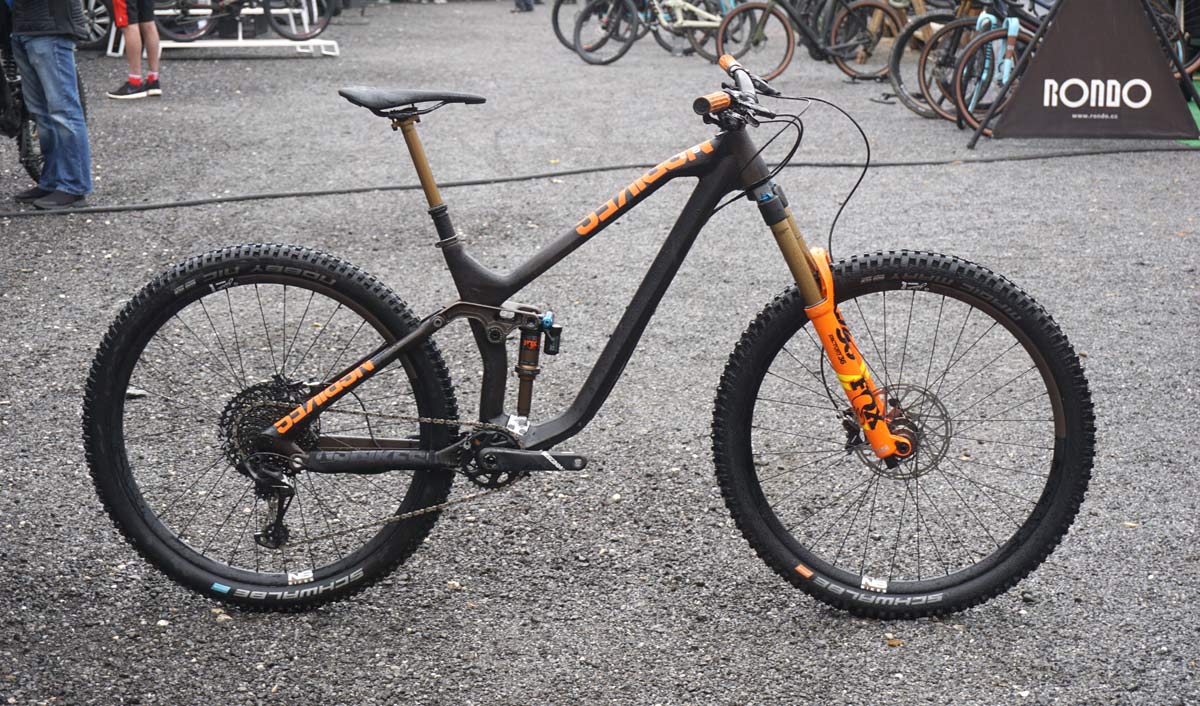 The frame fits a 29×2.6 tire in the frame, but ships with a 2.45” Schwalbe Nobby Nic. These preproduction frames have a claimed 2.4kg frame weight without shock for now, but they’re still finalizing the layup so it could get a bit lighter. 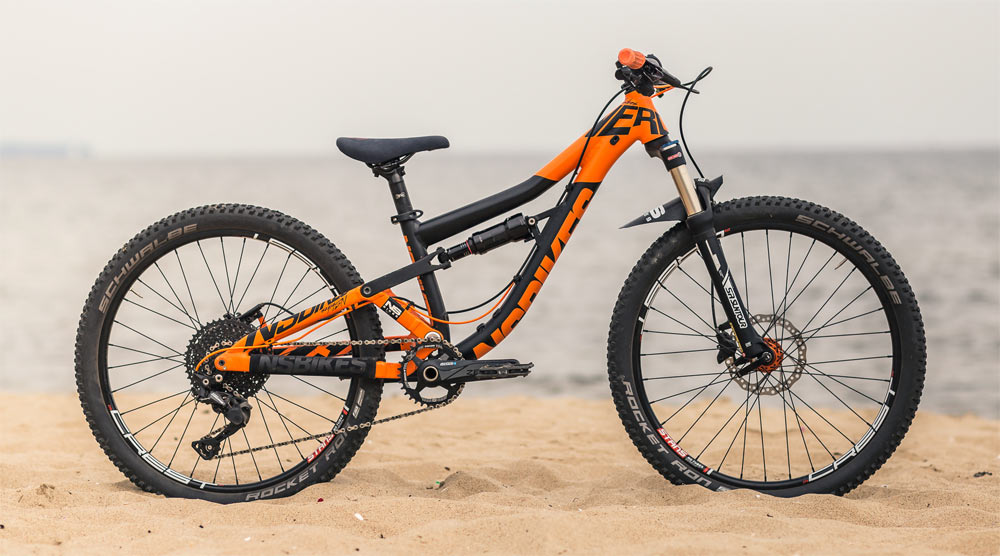 NS Bikes has also added or updated many more bikes, like this Jr. Nerd full suspension 24″ mountain bike that can be upgraded to 26″ wheels as your kid grows. It comes with air fork and shock to keep things light, and the same attention to detail as their big bikes without being overbuilt and heavy. Retail will be €1,859. 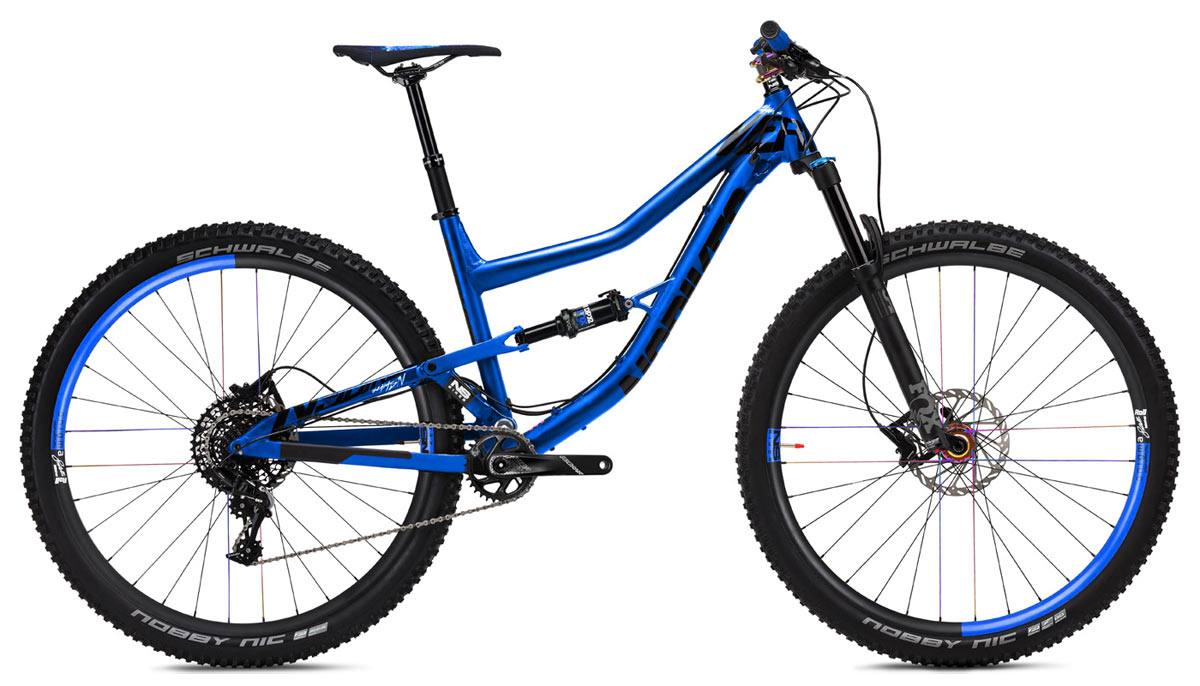 The Nerd Lite grows the model to a modern trail bike with an affordable alloy frame and linkage driven single pivot design that gets 120mm rear travel. It’s mated to a 130mm fork. The rear triangle pivots on oversized hardware with three bearings and comes in two affordable builds: €3,449 with Fox and NX Eagle, or €2,399 with Manitou and NX Eagle. 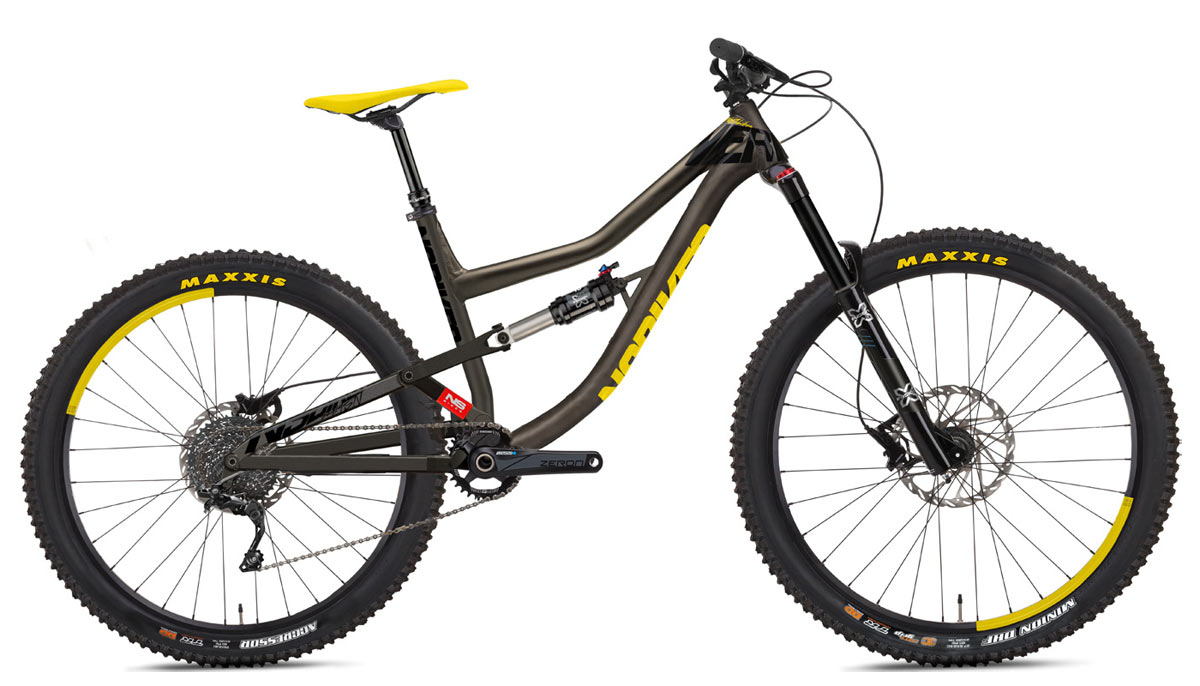 Go bigger with the HD Nerd and it’s mixed up 27.5″ rear wheel and 29er front wheel. The travel flip flops with 180mm in the back and 160mm up front, giving you lots of boing and roll over to crush the gnarliest trails and bike parks. it gets an X-Fusion suspension with Shimano Deore and SRAM Level brakes for €2,399. 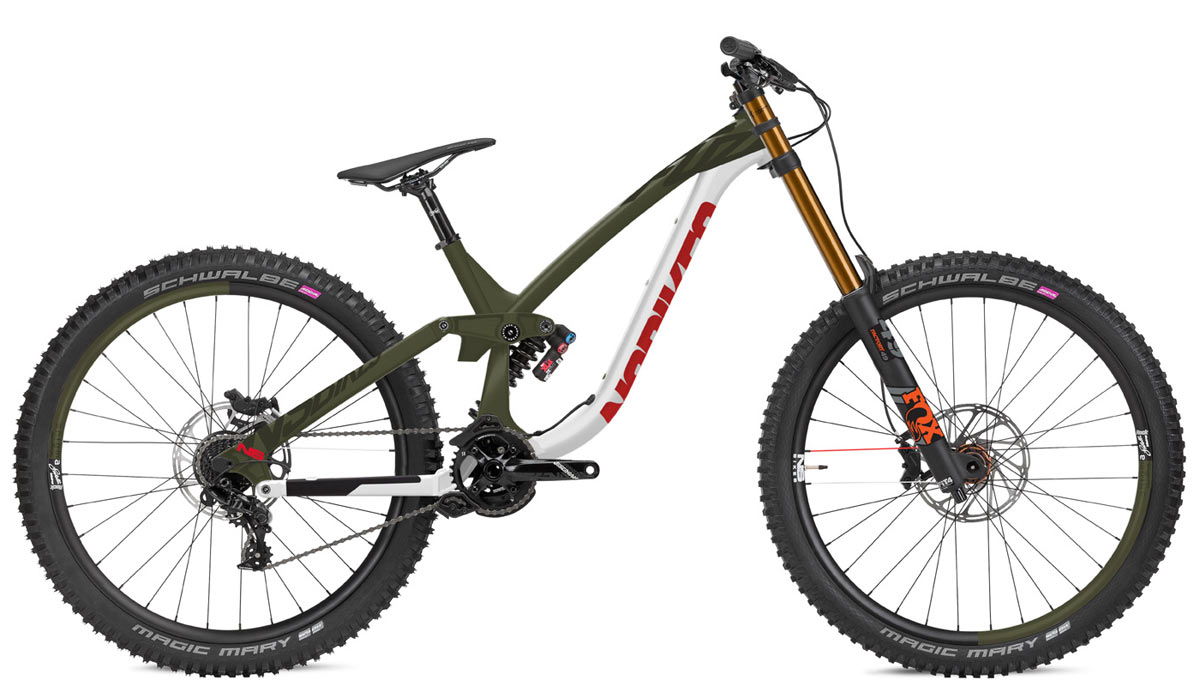 Go biggest with the new 29er version of their Fuzz DH bike, which gets bigger wheels and a new one-piece forged rocker arm that fits a wider trunnion mount shock. It also gets an adjustable reach using a similar offset headset cup system as the Define, the option to run cables internally or externally, and redesigned dropouts to make it stiffer. It’ll have 190mm travel and use the Fox 49 (29er 40) Performance fork, SRAM GX DH 7-speed drivetrain and Code brakes. Wheels are made up of house brand components wrapped with Schwalbe Magic Mary 29×2.35 tires. Price will be €5,599.

I love the hidden cable routing idea. You can put a frame protector over it and it and easily remove it to work on your bike.