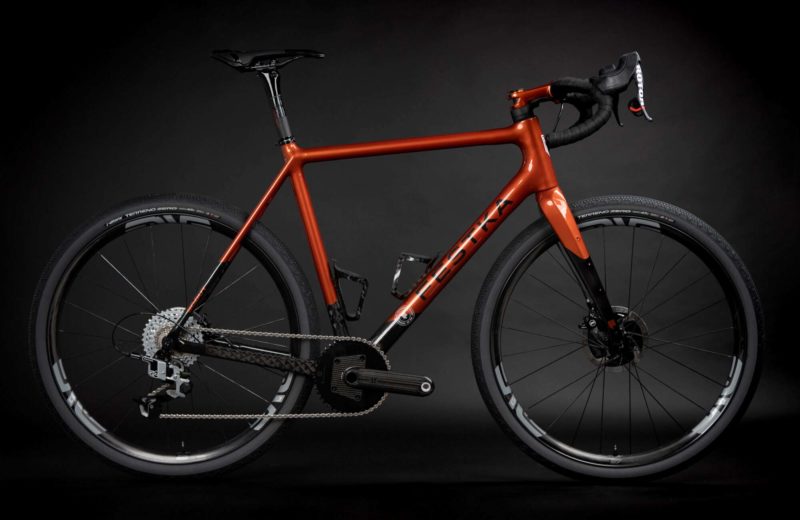 Back in early August Festka teased us with their new Scout gravel bike, an evolution of their Czech-made custom carbon road One & all-road Rover frames, now built for bigger adventures. Developed for riding rougher terrain and heading out on bikepacking trips, the new Scout is more of a pure off-road gravel bike with geometry, tire clearances, and tubing tailored for adventure riding… 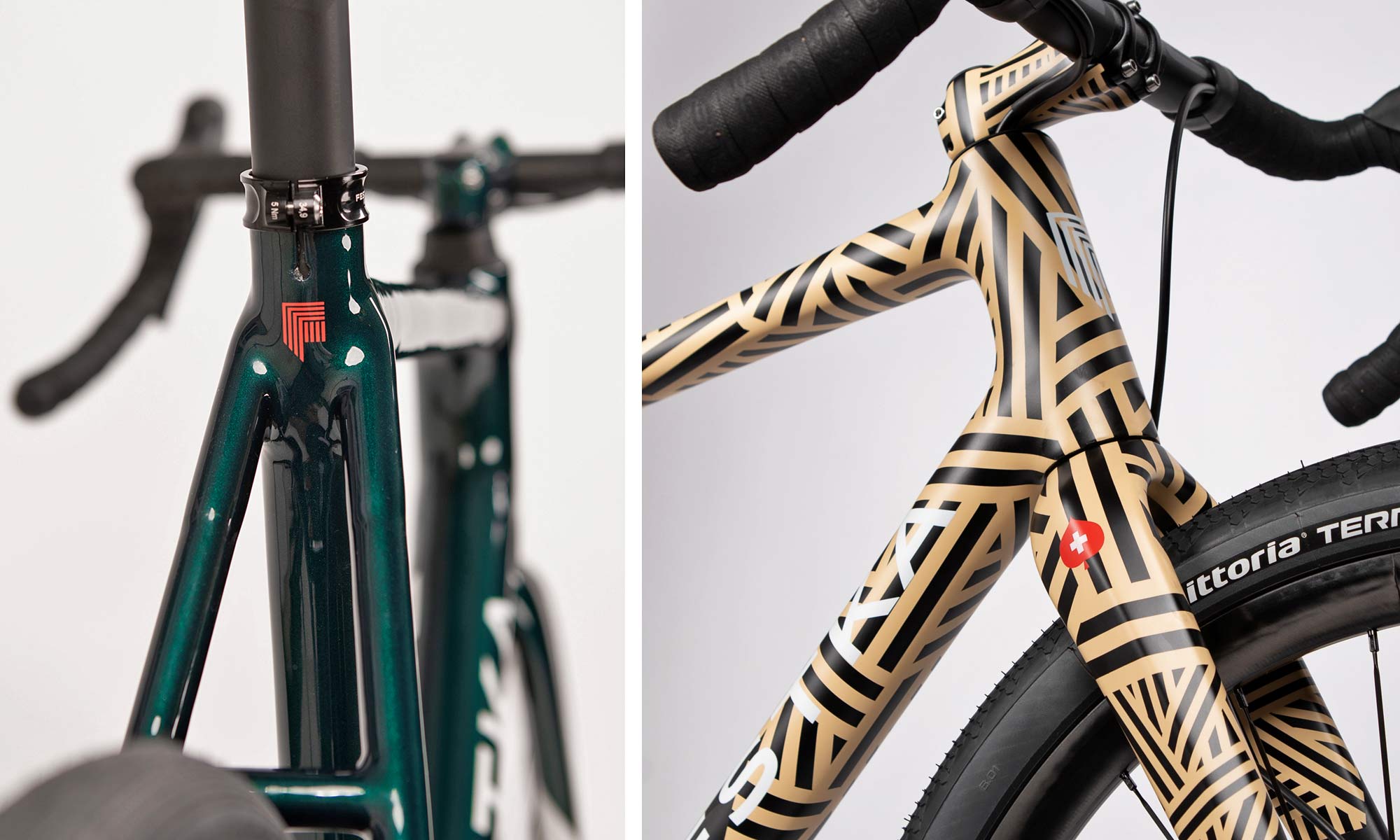 With this new Scout, Festka sums up the trend of gravel as the “new face of cycling“, redefining their Rover now as the fast all-road option and the Scout as full-on gravel. The new bike looks outwardly very similar to its all-road predecessor, built in Prague with the same tube-to-tube construction using their unique Czech filament-wound carbon tubing. But now the Scout features new larger diameter tube shaping with more hi-mod fiber woven in for a better balance of strength, damping & impact-resistance for riding tougher terrain, while retaining frame weights at +/- 1000g. 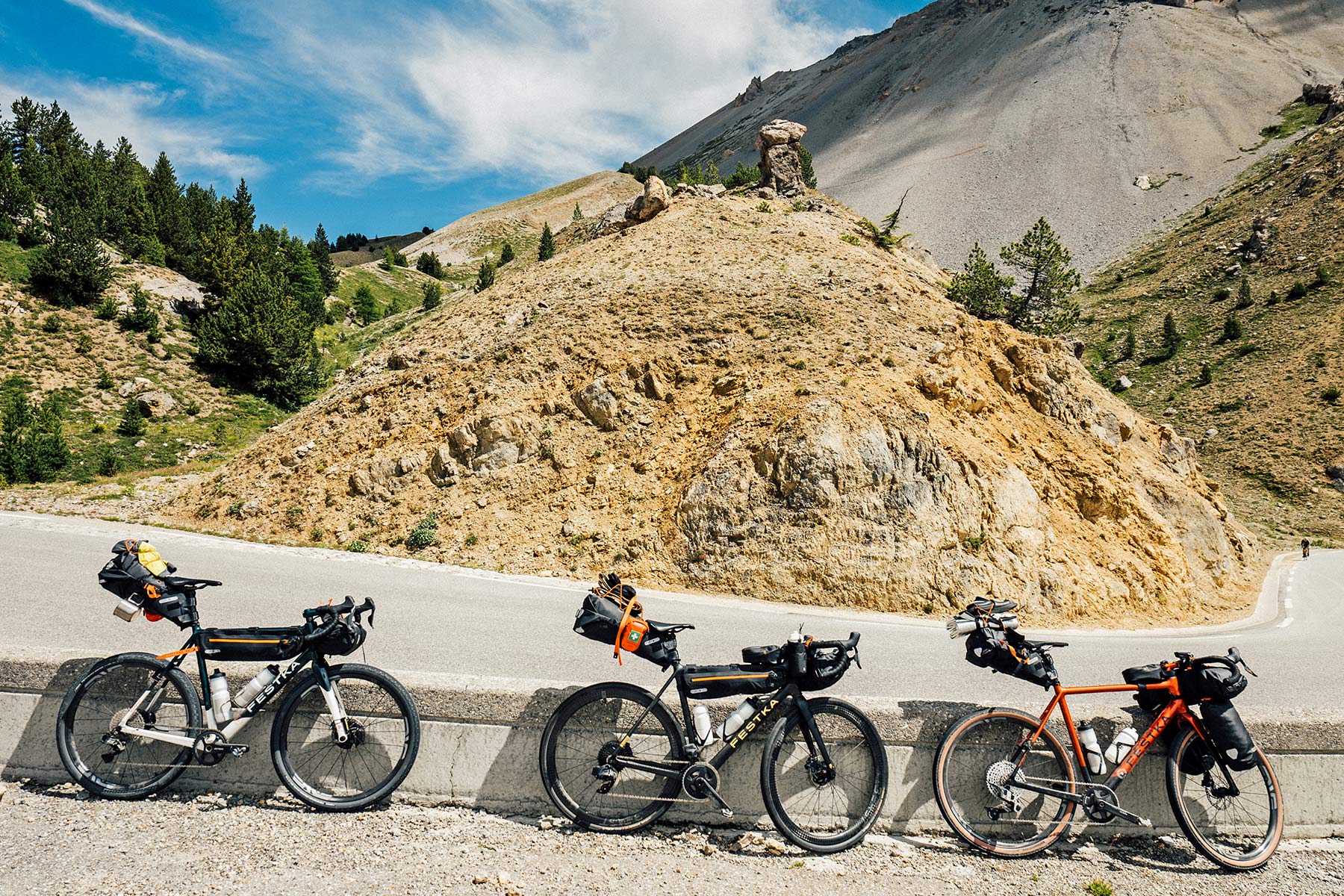 Still focusing on being light & agile, the Scout focuses on efficiency where rider power is not lost between the pedal and the rear wheel, but also where more vibration damping can help a less-fatigued rider go further. 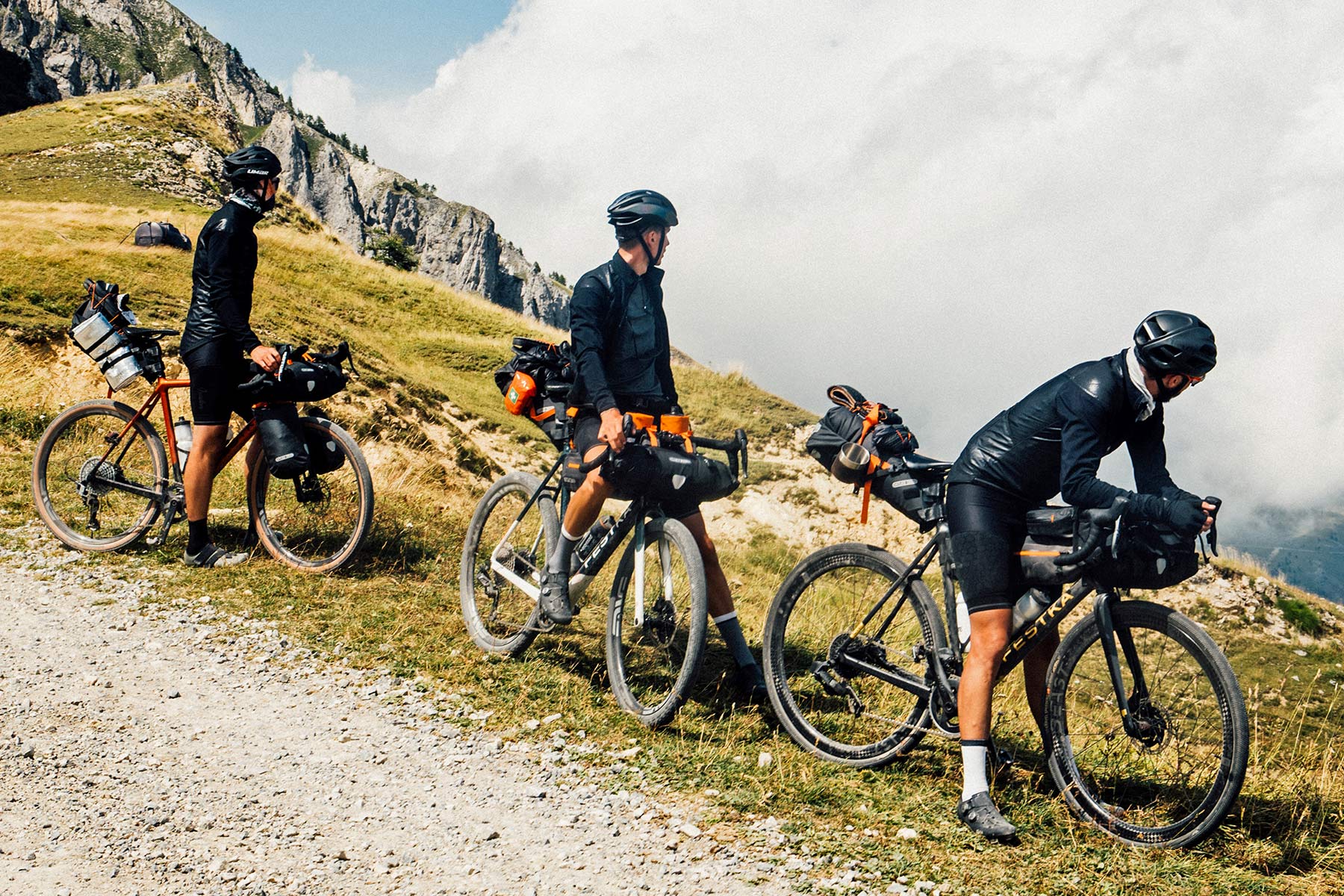 While the Rover was originally a gravel bike in Festka co-founder and bike designer Michael Moureček’s mind, he’s continually seen riders pushing that bike’s limits. So now the Scout brings tweaks for off-road stability, including a longer overall wheelbase and the new ability to tweak the front end’s Trail thanks to the new Columbus Futura Cross+ fork. 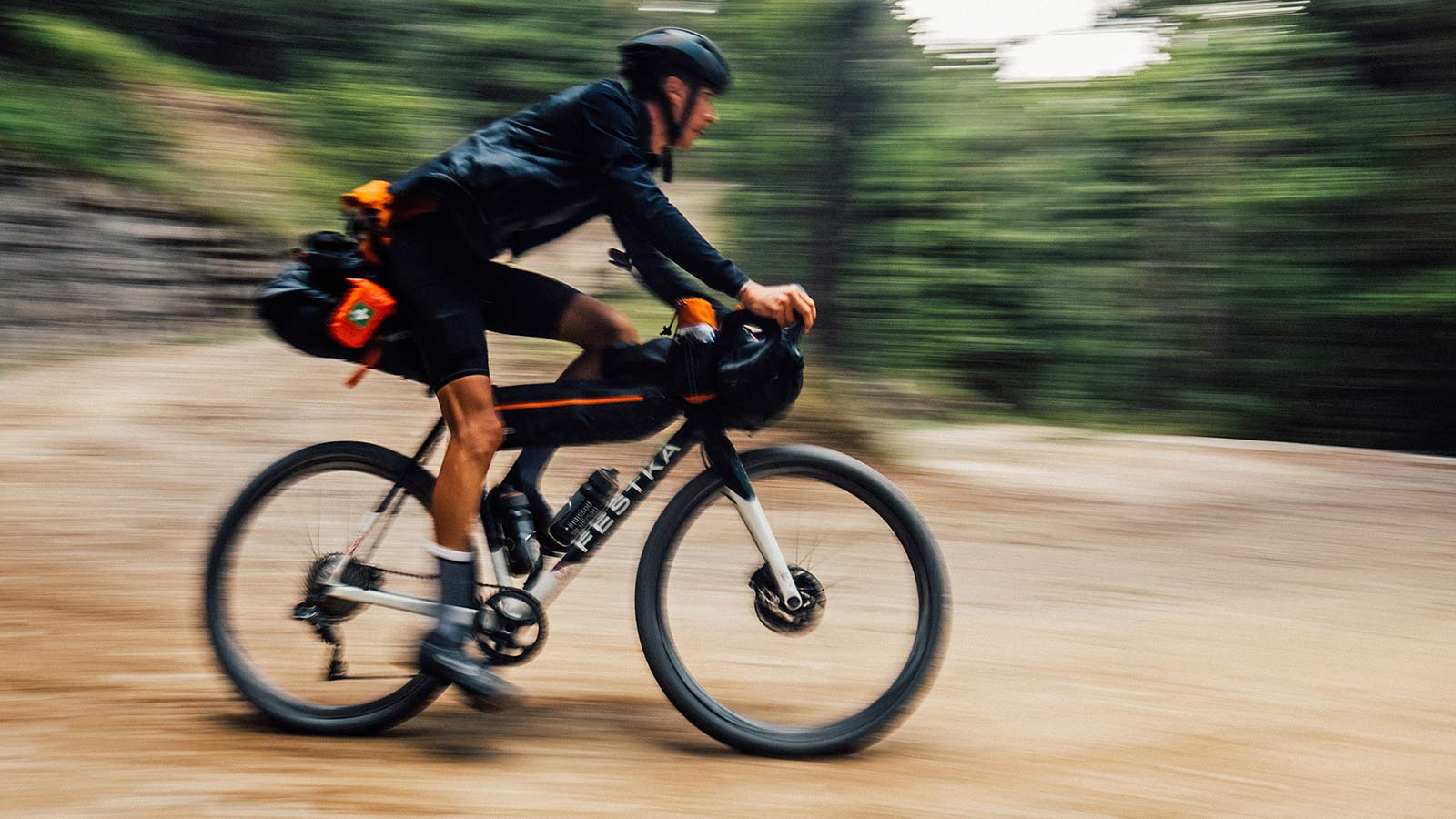 Festka still sees the gravel Scout as a high-performance bike, so it retains a highly responsive, quick-feeling ride “without being twitchy”. Generally, Festka frames are available in around a dozen standard 1cm-spaced sizes from XXS-XXL to fit almost any ride, but they are also each still a custom bike, so Festka will adapt geometry it to fit each rider, as needed. 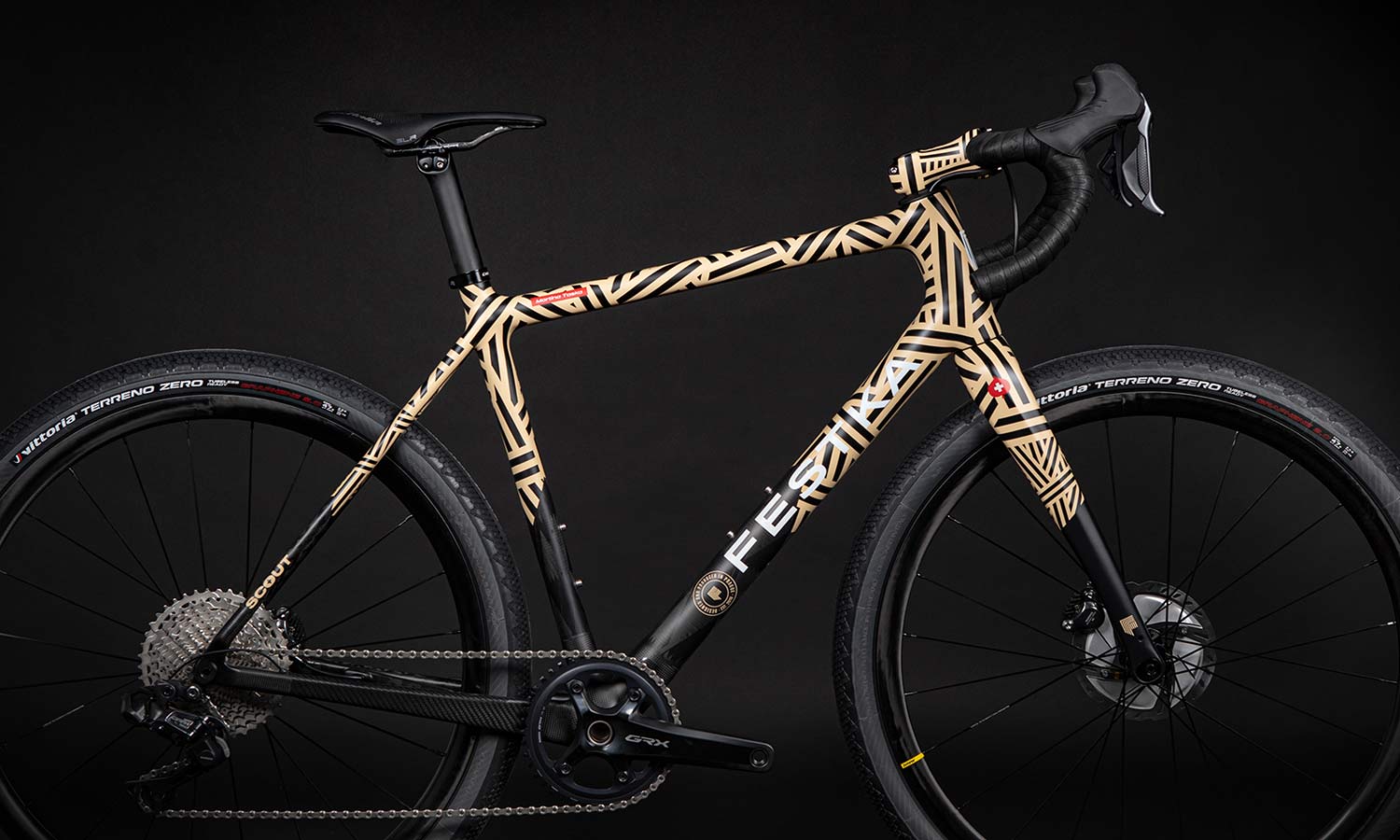 The new gravel bike is built to fit a bit bigger tires than before. But Festka still didn’t choose to go huge, instead focusing on 700c for speed or 650b for rougher terrain. The new Scout will fit up to 700 x 42mm or 650 x 50mm tires (up incrementally from 40mm for the all-road Rover.) 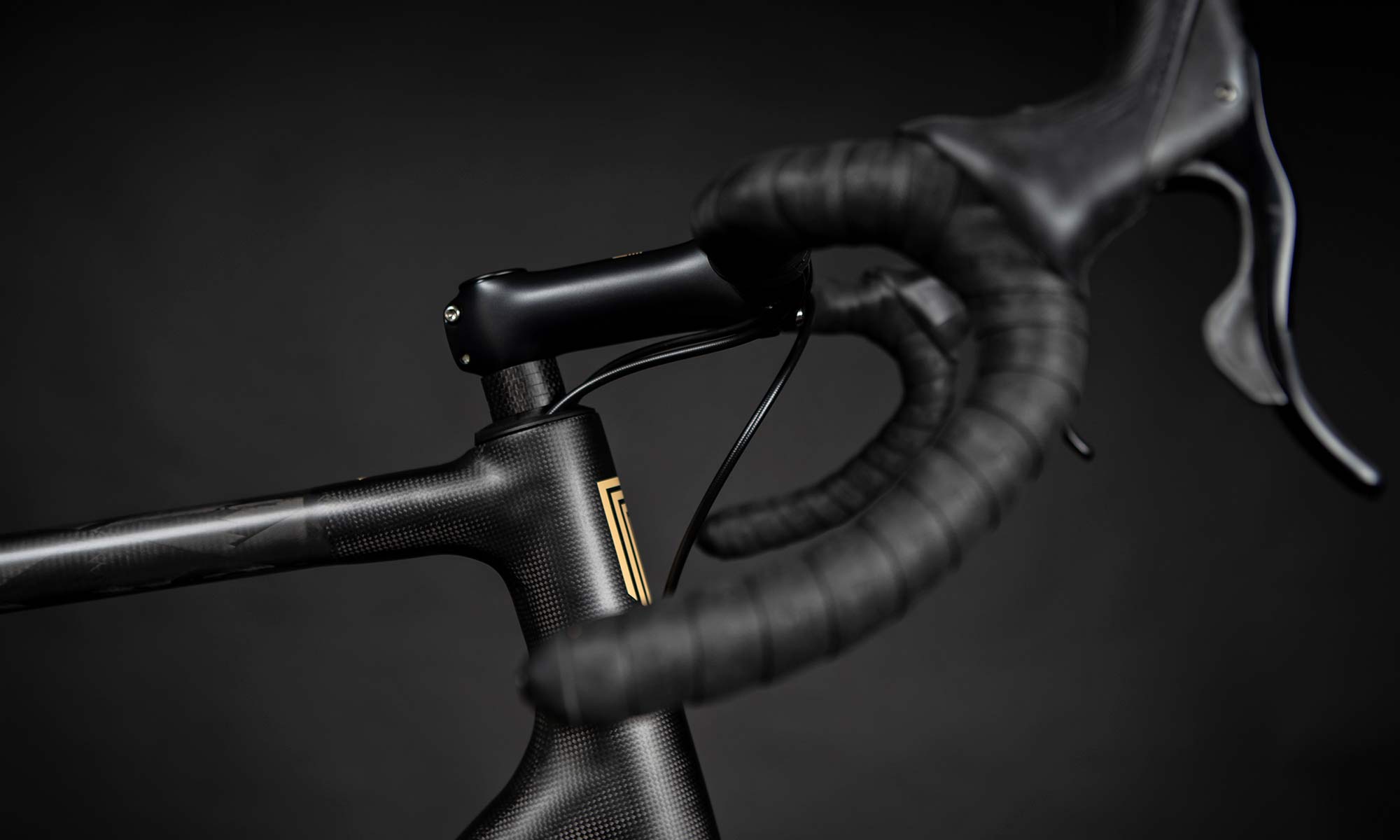 In addition to more off-road capability, the new Scout’s bigger tube shapes also help it be the first Festka to adopt full internal cable routing tech. The new oversized 52mm headtube (for a 1.5″ headset) allows an upper headset cup that directs directly cables into the frame. While most adventure gravel builds will still feature a conventional separate bar & stem, the new routing makes integrated bars a possibility and moves the cables out of the way of most bikepacking bag setups. The standard Columbus fork does still use external routing for the front brake, though. The new frame routing also has the side benefit of removing any cable port holes from the front end, helping build the frame lighter & stronger. 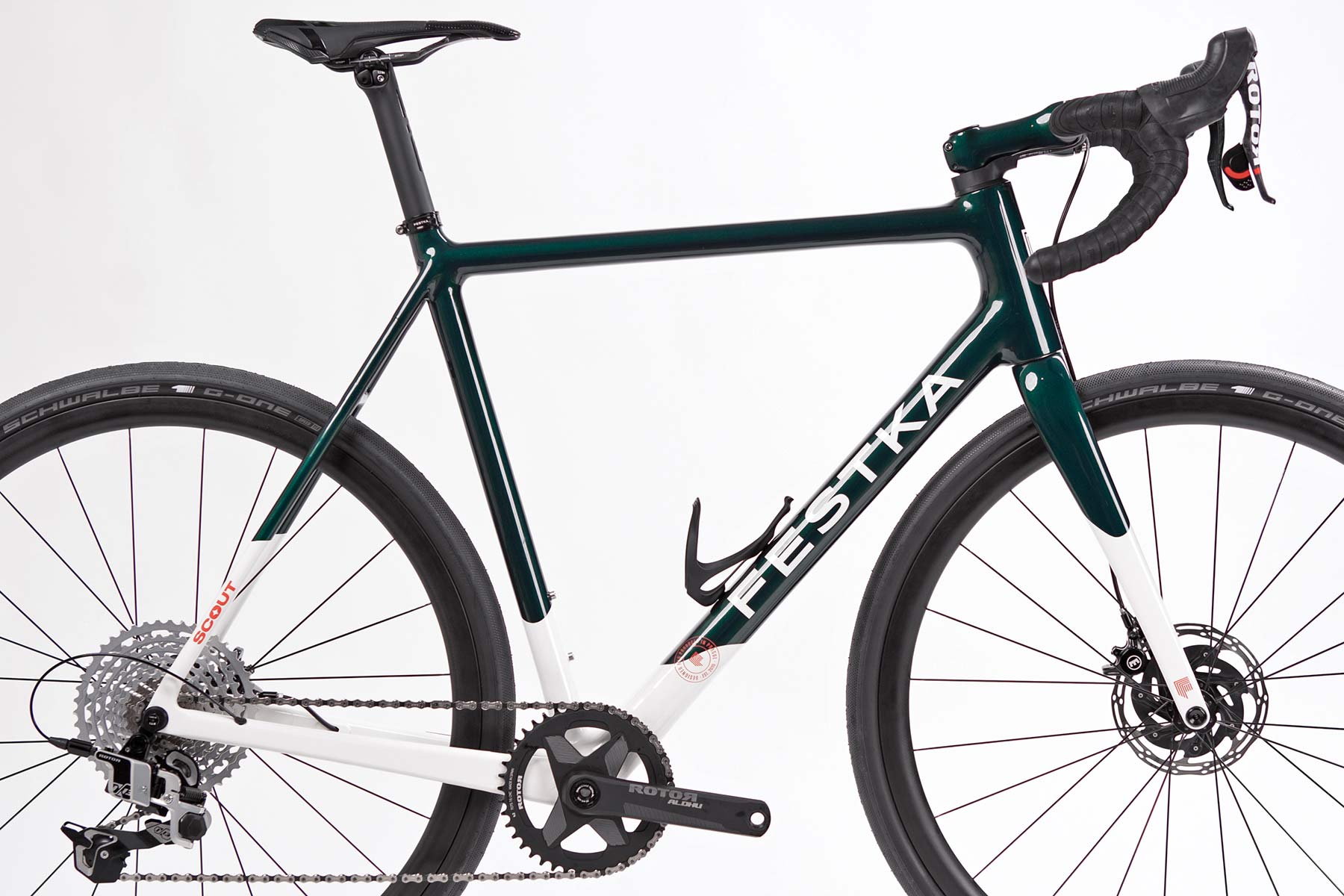 The new gravel bike still features just two sets of bottle cage bosses as standard, but buyers can add on toptube bag mounts, a third cage mount under the downtube if they want, or pretty much any other direct mount bag or cage setup. Festka will even tweak the angle of the toptube to best fit your preferred bikepacking bag setup, and is happy to build in integrated wiring for lights, too. 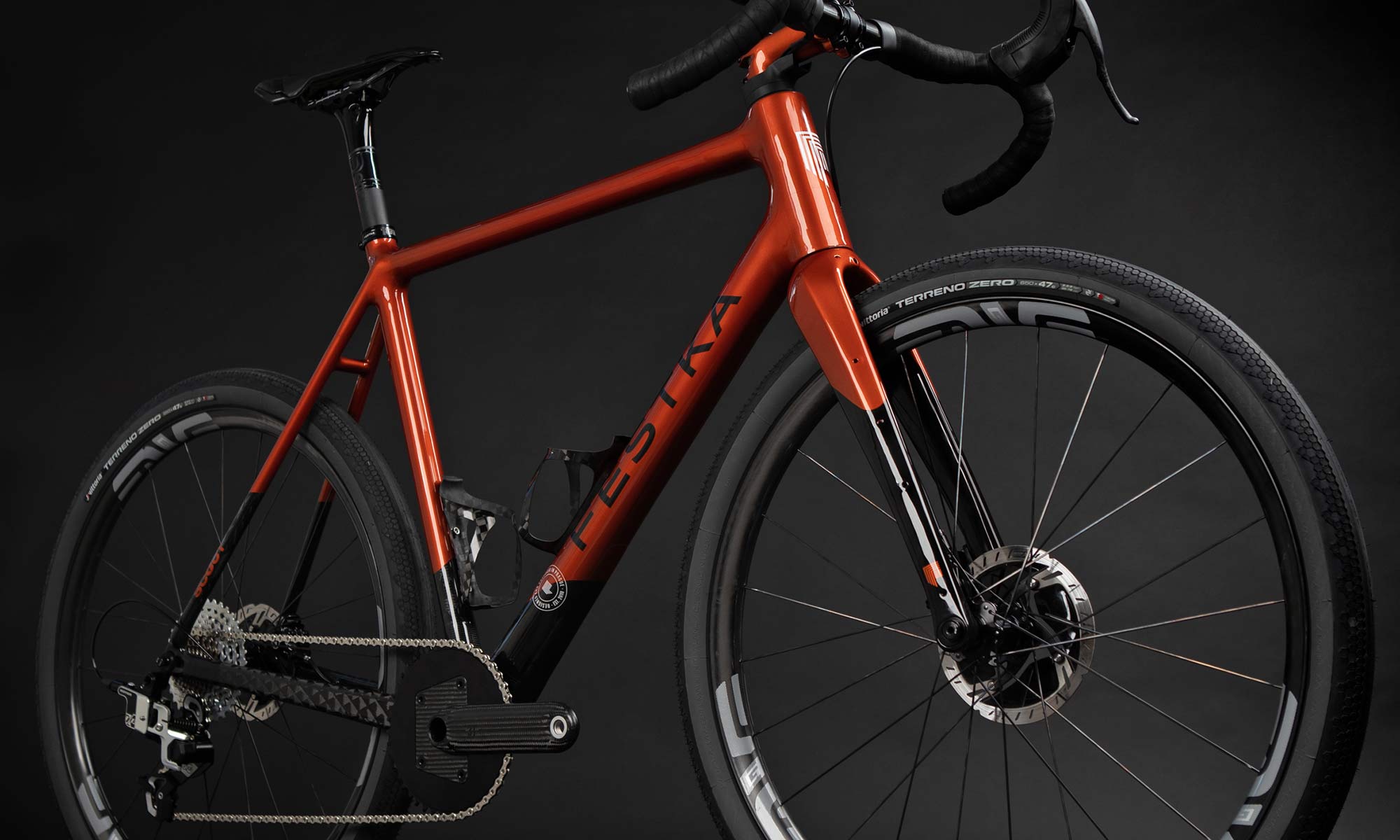 The Columbus fork is also available with or without 3-bolt anything cage mounts and internal dynamo routing. The Scout keeps other Festka build standards like a 31.6mm seatpost, 12mm thru-axles, flat mount disc brakes (140mm rear, 160mm front), and a PF BB86 bottom bracket, and routing ports that can be individually customized to each buyer’s needs. 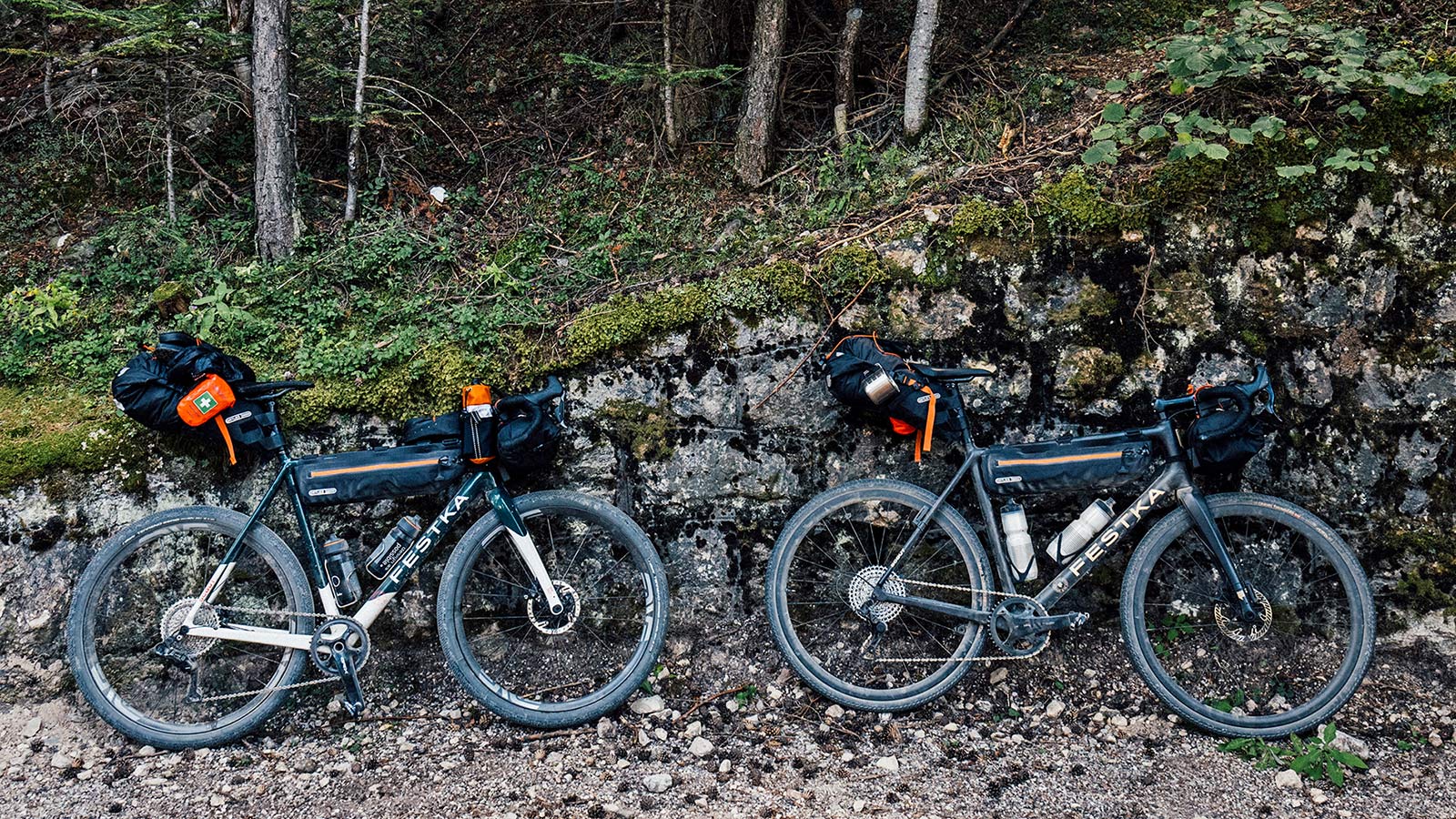 As more gravel-specific drivetrains have evolved, Festka also says the new Scout is their first 1x-specific bike. Whether looking for Campagnolo Ekar, Shimano GRX, SRAM AXS Eagle, or Rotor 1×13 there simply are tons of viable 1x 10, 11, 12 & 13 speed drivetrain options available for gravel builds. With that comes an optimized chain line and more space for rear tire clearance, plus more options to source a groupset at a time when components can be in short supply. 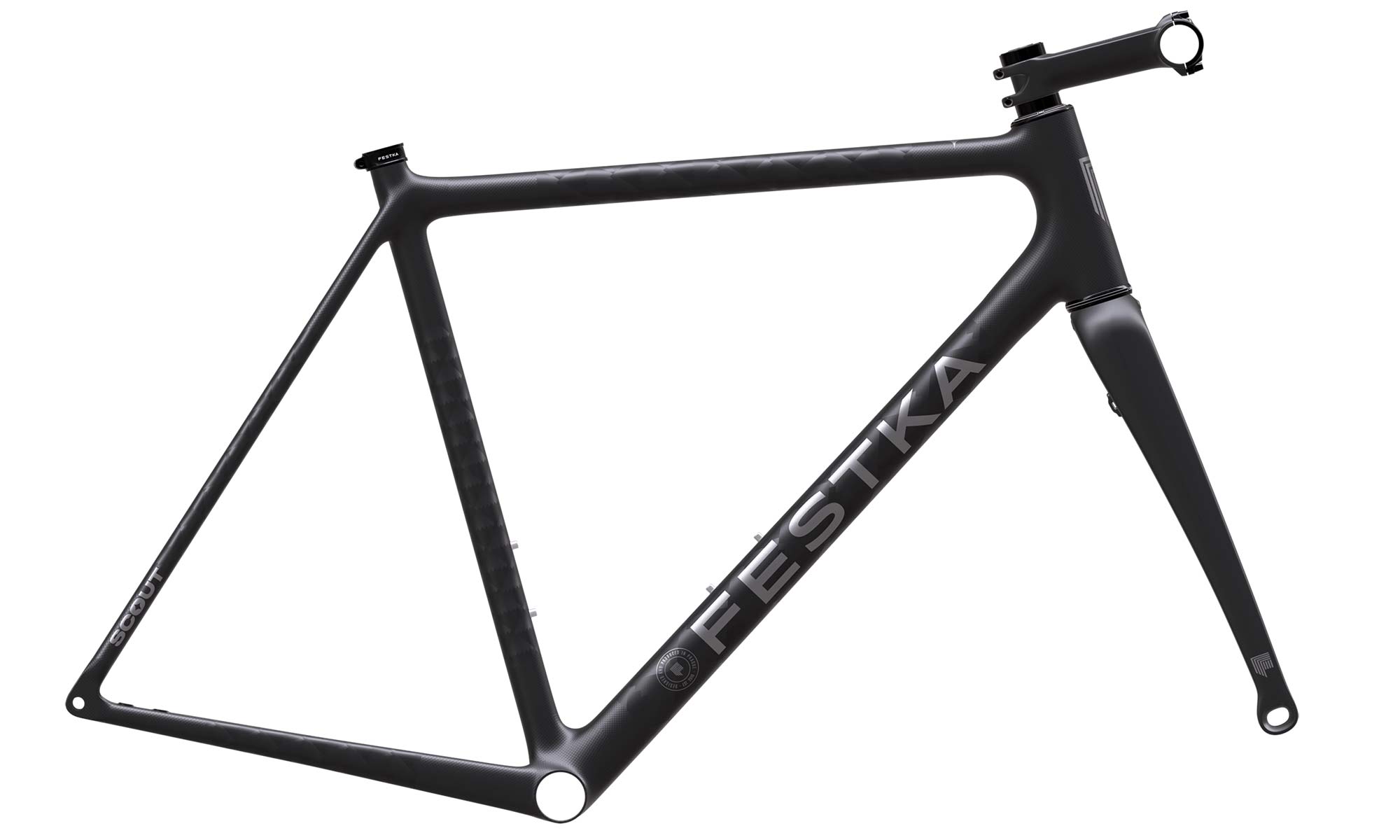 The carbon Festka Scout is available as a frameset from 4990€ (including frame, fork, headset, seatpost clamp & thru-axles) in two raw carbon Core finishes, five standard Spirit paint jobs, or unlimited custom finishes where your imagination (& budget) is the only limit. Full custom geometry adds 450€ if desired beyond the wide standard size range. 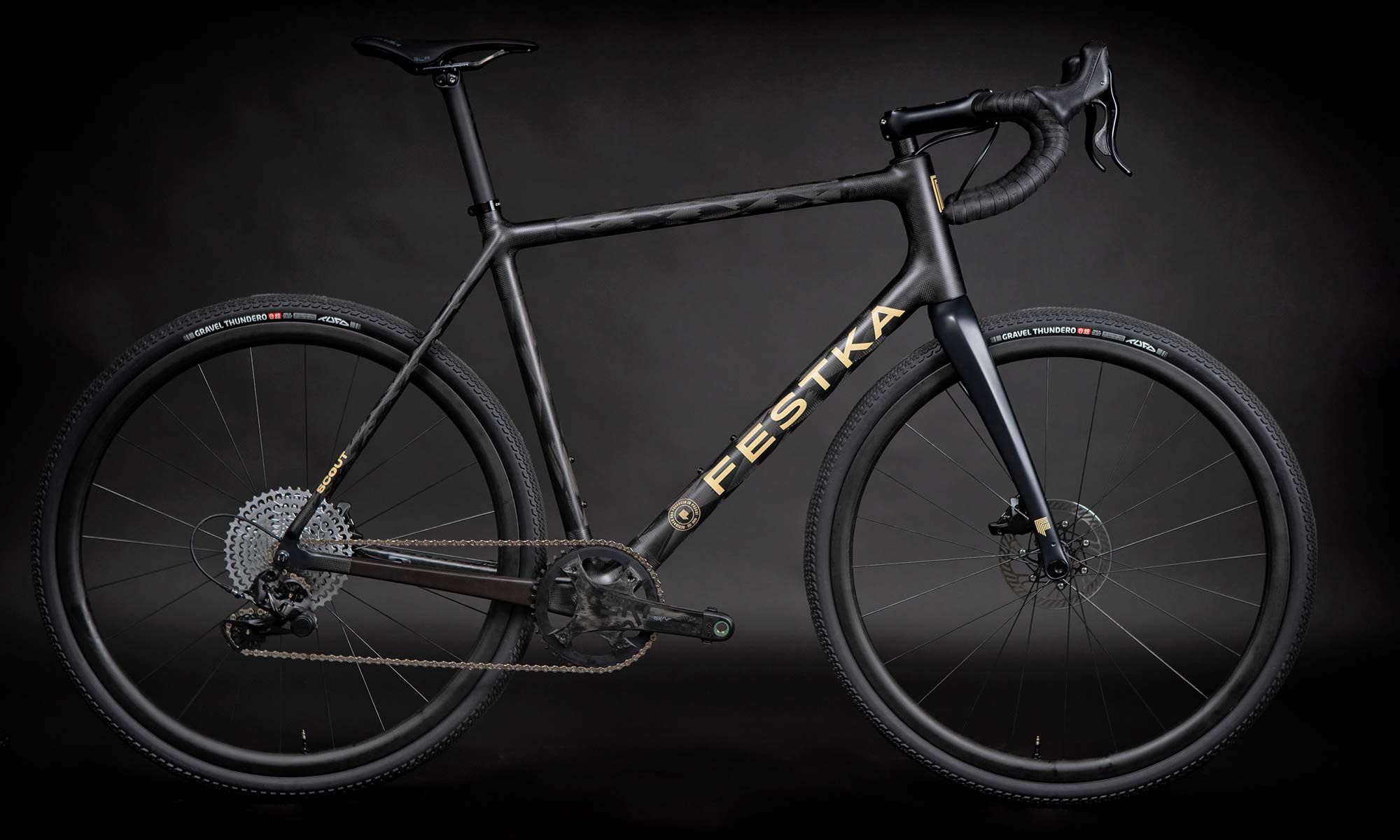 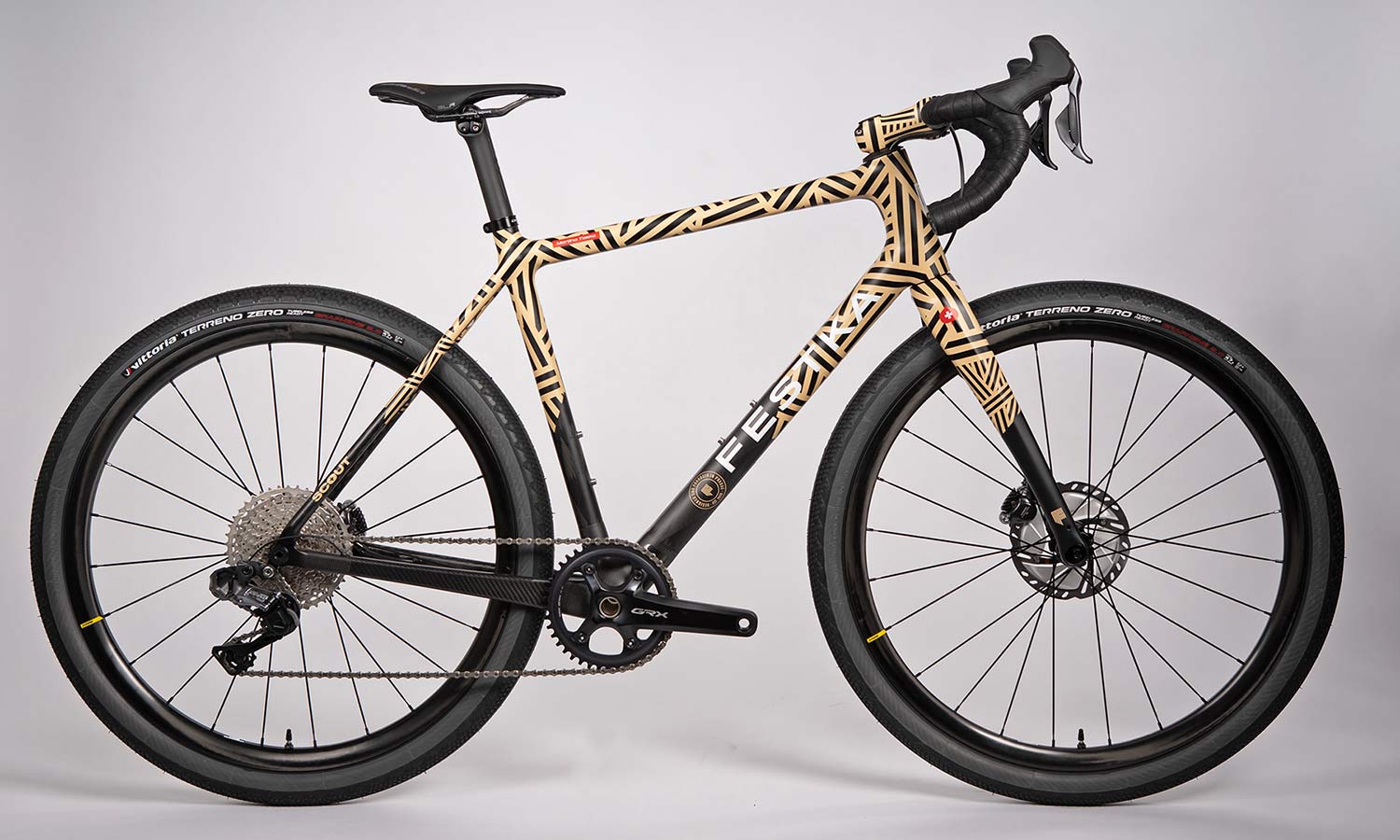