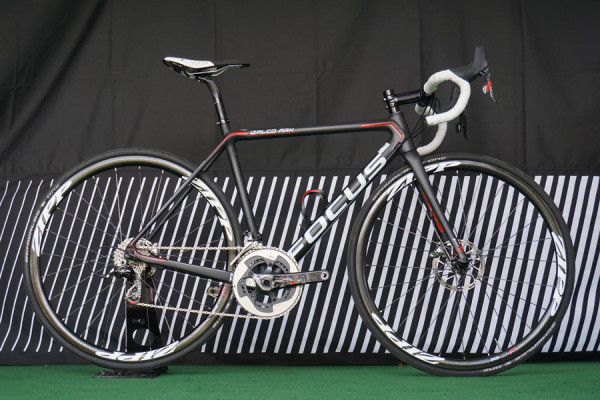 The Focus Izalco Max has seen several iterations over the past few years, but it’s always been the top race bike for their sponsored teams. Now, as the UCI is catching up with the times, it’s getting a new set of stoppers as the Izalco Max Disc. And it will be raced in September by Ag2r, who is currently helping SRAM test their wireless electronic group on standard bikes. Apparently, they have a very good relationship with the component brand because this is also the first bike we’ve seen with SRAM’s new flat-mount brakes.

Remarkably, the switch to disc brakes didn’t have much impact on frame weight as it comes in at a claimed 790g in size medium with hardware and paint. That could make it the lightest stock disc brake road frame…and that’s with thru axles, too.

Focus’ founder says any disc brake road or cyclocross bike they do will only be with thru axles, but it’s done for alignment rather than stiffness. After all they can make a carbon bike as stiff as they want, but if you’re fiddling with the wheels trying to get them back in during a race, all the stiffness in the world doesn’t matter a lick. 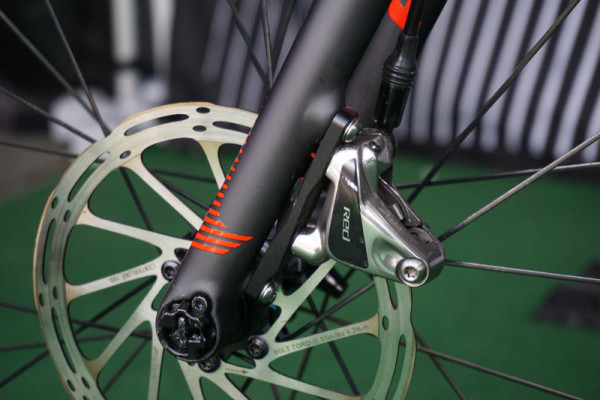 SRAM’s flat mount calipers come with adapters for the front that let them fit both 140mm and 160mm rotors, and the larger of the two is spec’d here. 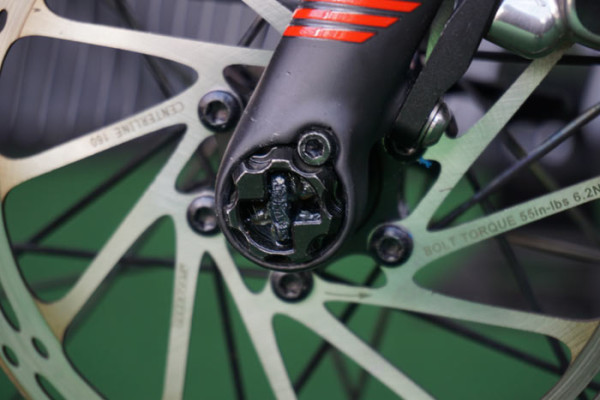 The bike uses their R.A.T. thru axle system you slide in, makes one quick 90º turn, then close the lever and it’s locked into place. It works by having a T-shaped end slot into the opposite side of the fork, then as you rotate it 90º, the “T” turns perpendicular to the slot to lock itself in. Closing the clamp pulls it all tight, and there’s a tension adjustment bezel at the lever. 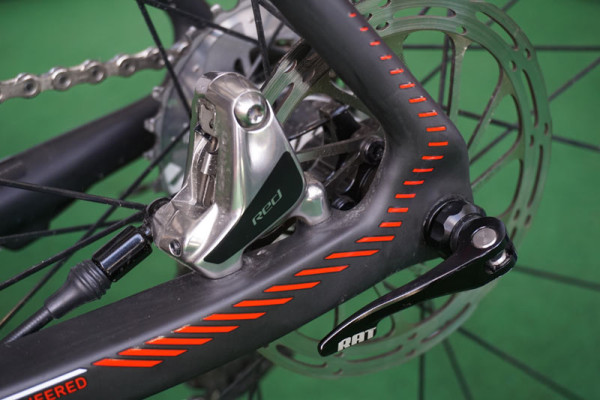 No adapter needed for a 140mm rear rotor. Chainstays are 10mm longer than the rim brake version because this one uses a wider 12×142 rear end (basically 135mm spacing rather than the traditional 130mm spacing on road bikes), which they did to keep the shifting and chainline within spec. 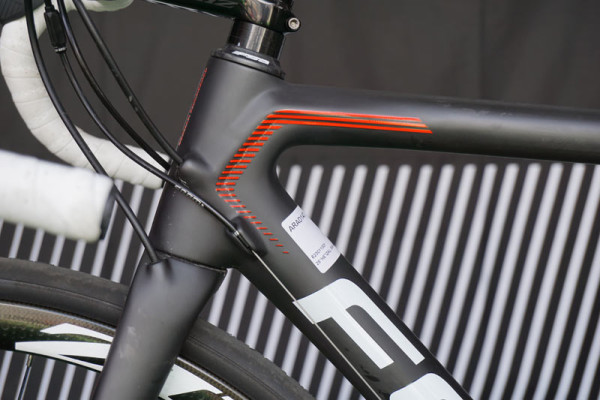 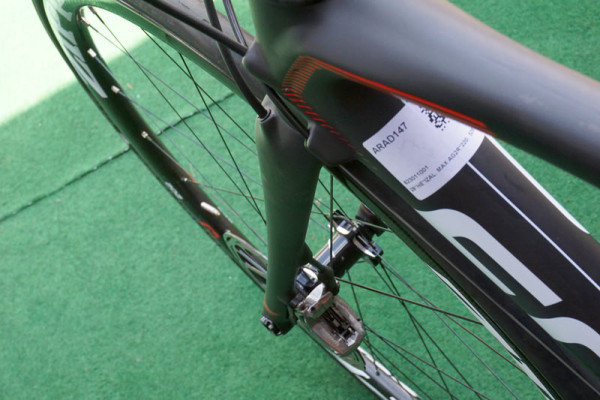 …shift cables are left outside for easier servicing by team mechanics. A separate frame version will be offered for electronic drivetrains, which will run the wires internally of course. We got the impression Focus will be a very early adopter of SRAM’s wireless shifting. 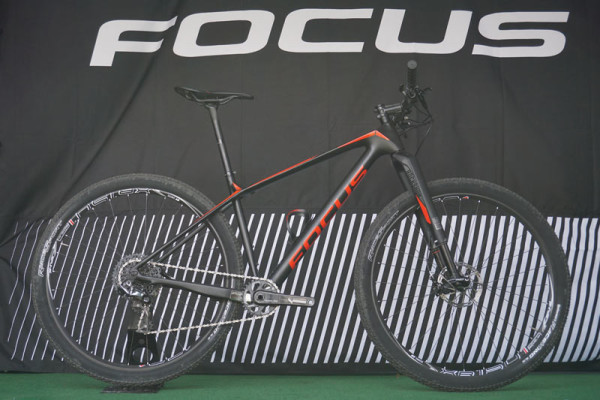 The mountain bike equivalent to the Izalco is the Raven Max, a lightweight (885g for medium) hardtail 29er. It’s been raced since the Nove Mesto UCI XC race where we caught an early look. 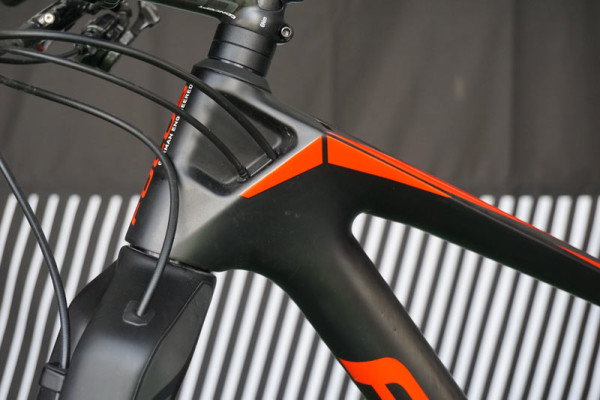 The mountain bikes do get integrated cable runs to keep everything safe from the dust, dirt and mud. The top tube flares quite dramatically into what they call the Boost Box, which makes the head tube very stiff. Geometry changes include a bit steeper seat angle and a bit longer top tube. 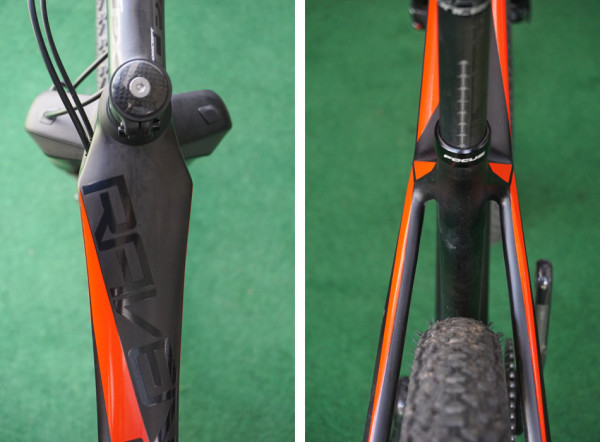 The back is designed to offer a bit of rear end flex without going to a soft tail design. 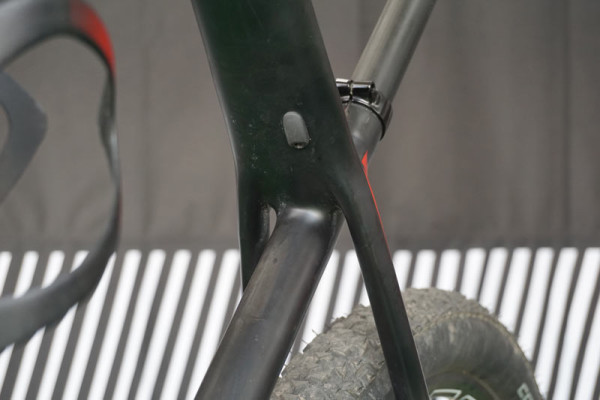 …it provides a lot of comfort. The Comfort Seatpost Concept called the CPX Plus post will have a 0mm offset for MTB and 25mm for road. The design provides both vertical and horizontal flex.

The Raven Max will now come with four frame sizes. The Factory model gets a new rigid fork with R.A.T., and all versions use the R.A.T. thru axle system on the rear.

The Spine is a completely new 120mm 650B trail bike, which is Focus’ shortest travel full suspension. The top models get full carbon front triangles, linkages and seatstays but use alloy chainstays. Each frame size has its own linkage. 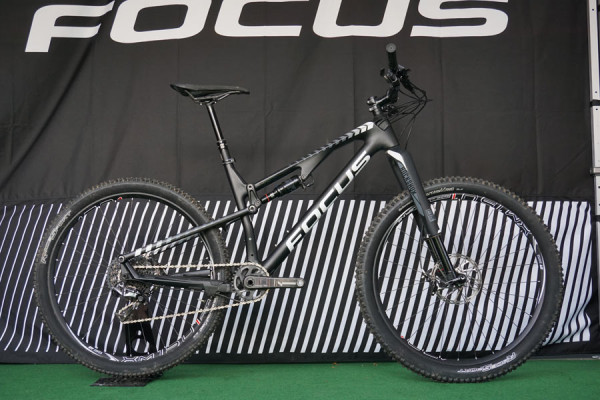 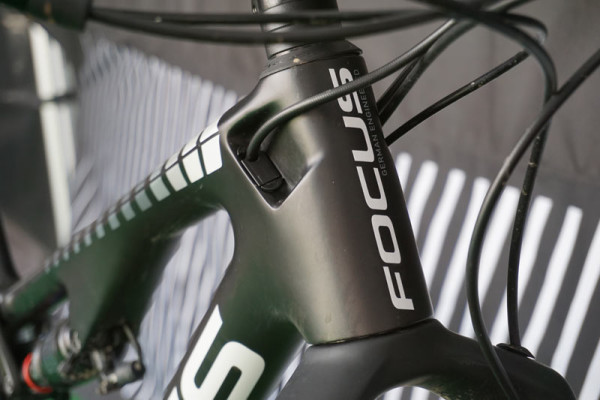 It, too, uses the Boost Box head tube junction. All of the bikes with this design share interchangeable cable ports and will ship with multiple versions to to accommodate any type of brake, drivetrain, remote and dropper post setup you might use. 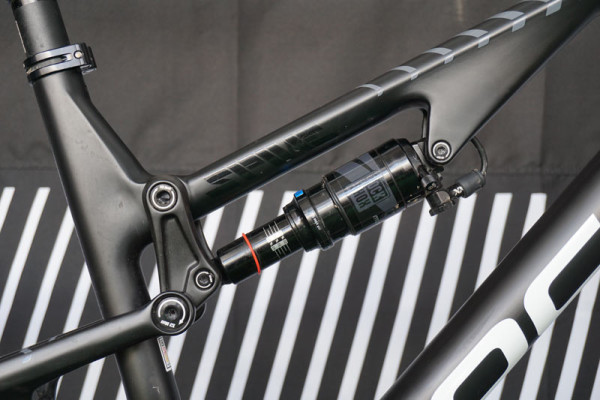 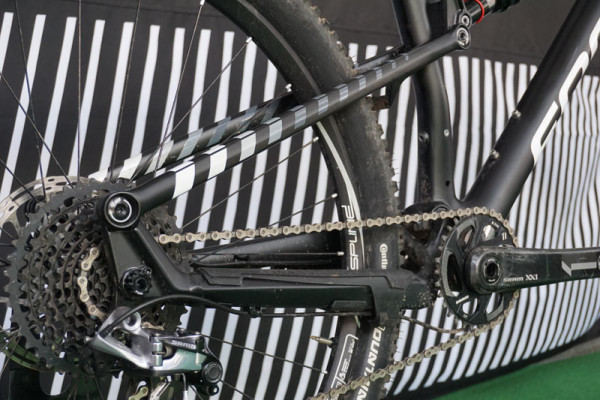 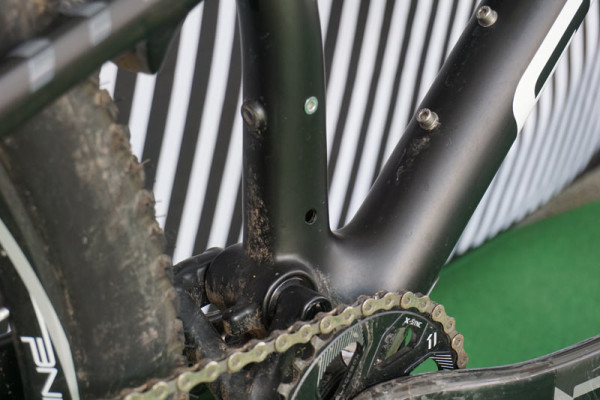 A removable front derailleur mount, Di2 port and FD cable stop give you plenty of options, but no SideSwing port on the downtube (yet). 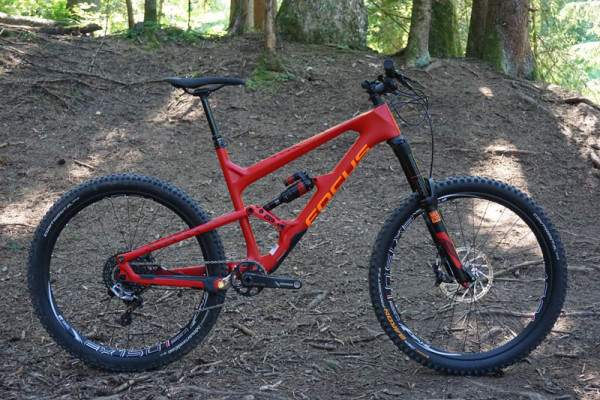 The Sam enduro bike gets a new full carbon frame option with alloy linkage. The chainstays are a bit shorter than the alloy frames to enhance agility since it’s meant as a race bike. Travel is 160mm front and rear.

The linkage looks slim from the side, but its aesthetics match the angular Boost Box head tube area with widely spaced bearings and rocker, all of which should improve laterally stiffness. 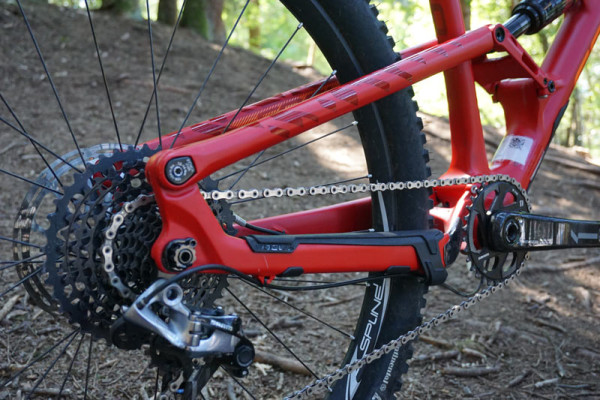 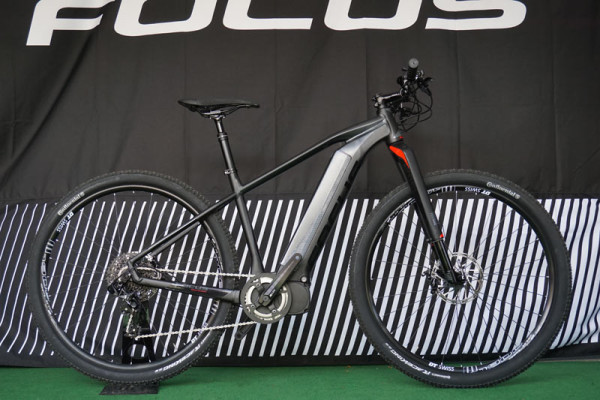 Focus’ founder was very excited to show off the new I-Jarifa 29 e-mountain bike. It won’t be available until February and will cost €4,999, but he’s been riding it around his local trails and loving it.

The Impulse RS is a new motor that they say has way more torque than the competition and a very long battery life providing up to 100km or more depending on how much climbing you’re doing with it and how much assist you use. 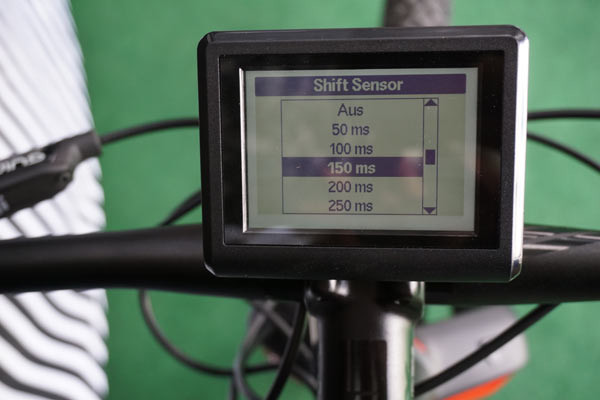 One unique features is a shift sensor that acts like a clutch, letting off the power a bit when you shift the gears, just like you would in a car to protect the transmission. It cuts the power for 50-250ms between shifts. The feature can be disabled, too.

The expandable system means you can add extra lights to run off the battery as an option. Can also download a free navigation app for the computer. The bike includes their own dropper post.

Was looking at the Focus Izalco Max, only I can’t see it in this pic…terrible background…

Through axles, disc brakes and it ain’t heavy. What’s not to like?