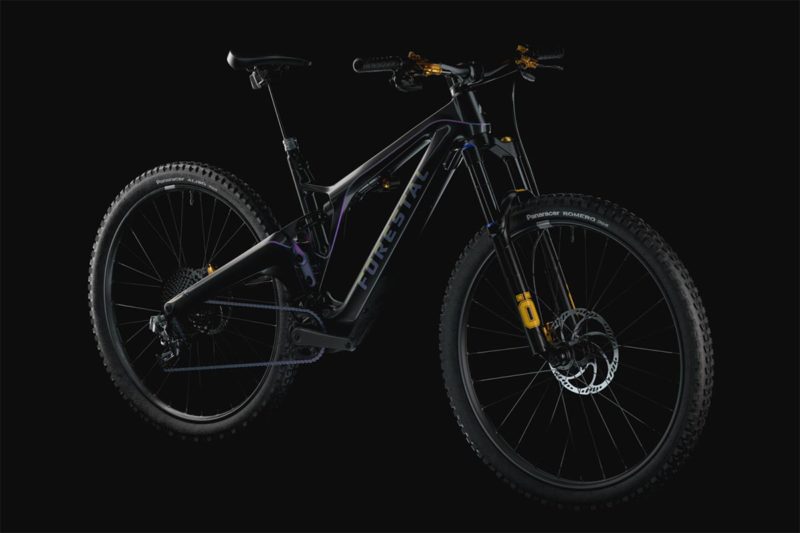 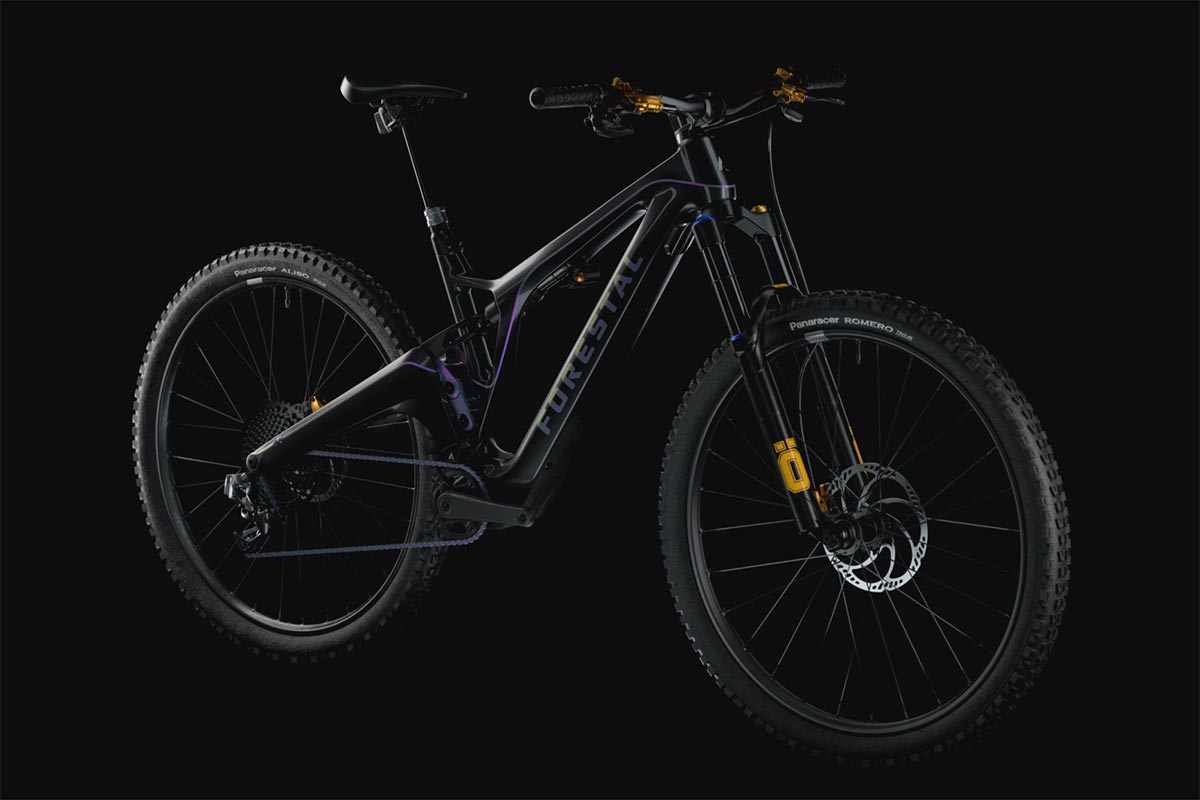 Like the Siryon enduro eMTB, the Cyon Trail eMTB runs on the brand’s proprietary Twin-Levity suspension platform, only in this case it services 150mm of rear wheel travel. That’s paired with a 150mm travel, 42mm offset RockShox Pike Select fork, with a set of geometry figures designed around 29″ wheels. 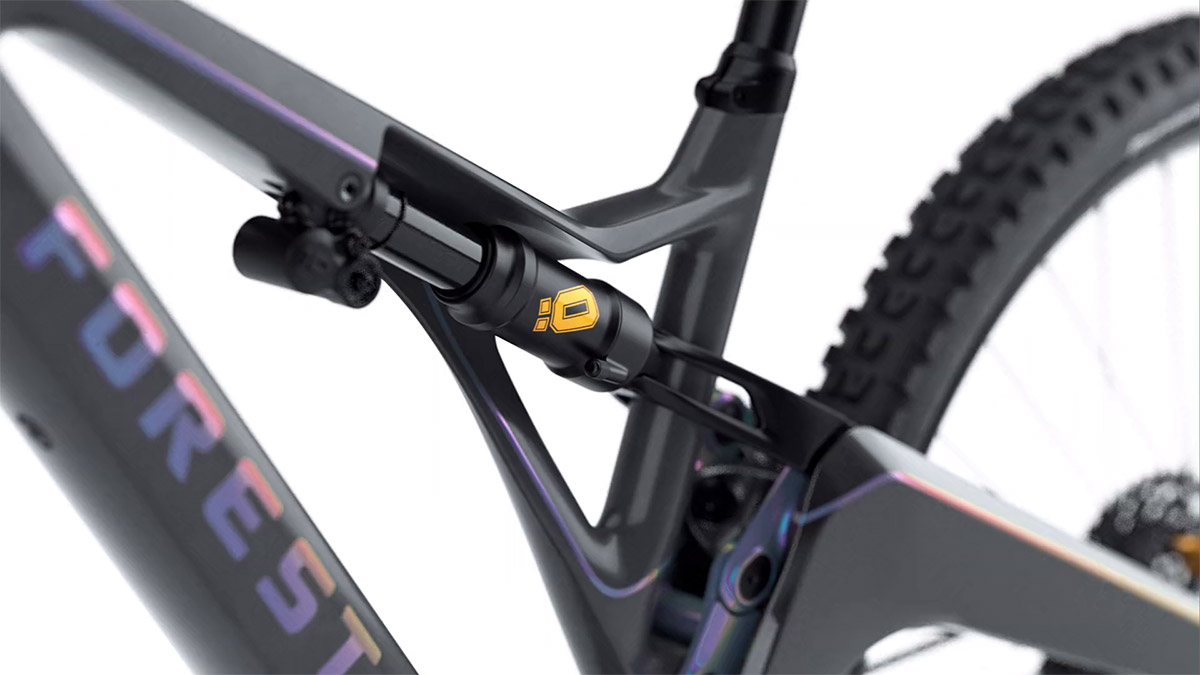 The full carbon Alpha Box frame comes in sizes S-XL, with reach figures spanning a 430mm-500mm range. Chainstays are set to 435mm for the S and M, increasing to 445mm for the L and XL frames. The head tube angle sits at 65.5° while the seat tube sits at 76.5°.

The Cyon Trail eMTB gets Forestal’s own EonDrive 250W motor with a maximum torque of 60Nm. That’s paired with their Aurora Performance 360Wh integrated battery. 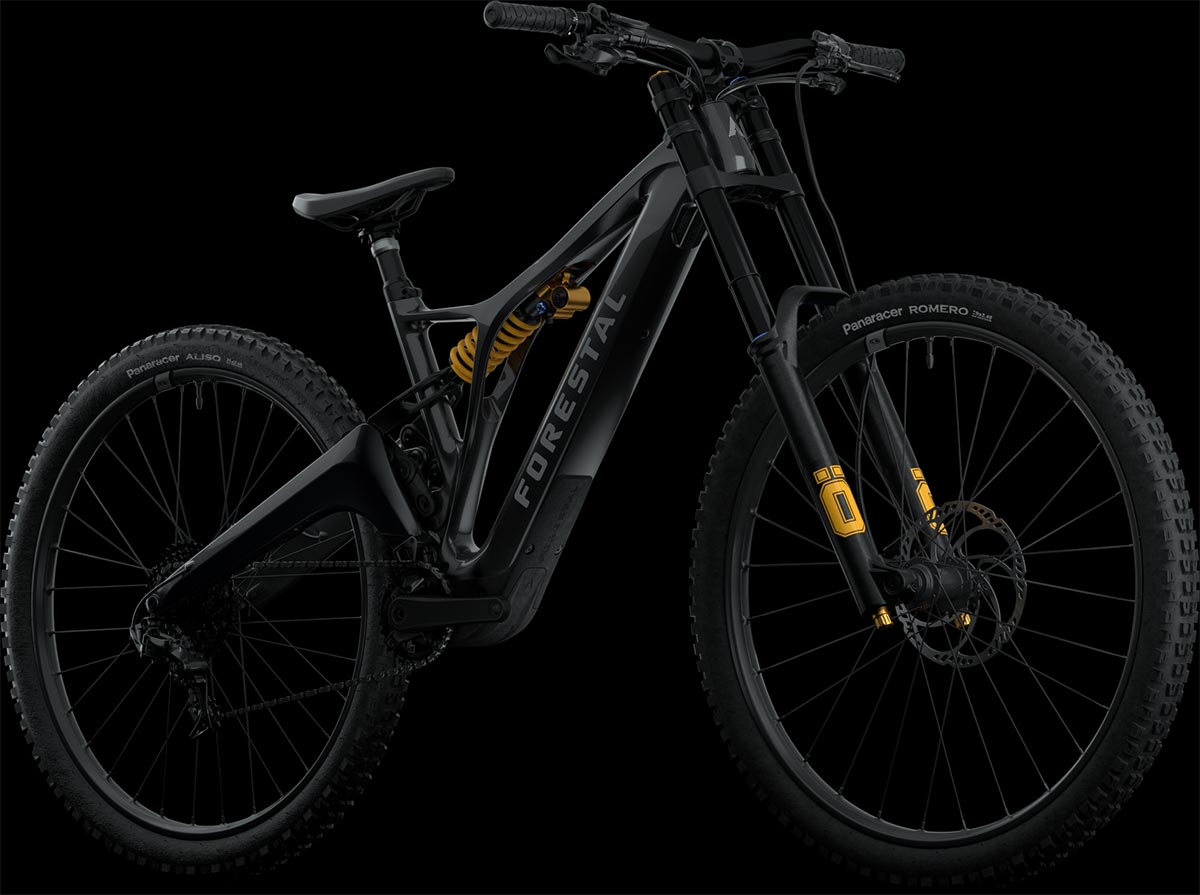 The Forestal Hydra eMTB is a super enduro rig with a built-in uplift service. It gets the same EonDrive motor and Aurora battery combo as the Cyon Trail eMTB, but it’s housed on a 170mm travel carbon frameset running a 180mm travel fork.

Forestal built the Hydra eMTB with the rigors of World Cup Downhill racing in mind. Geometry figures match the bike’s intentions, with a 63° head angle paired with a 76° seat tube angle. Reach spans 418mm to 499mm across the S-XL size range, with 436mm chainstays for the S and M, increasing to 446mm in L and XL. 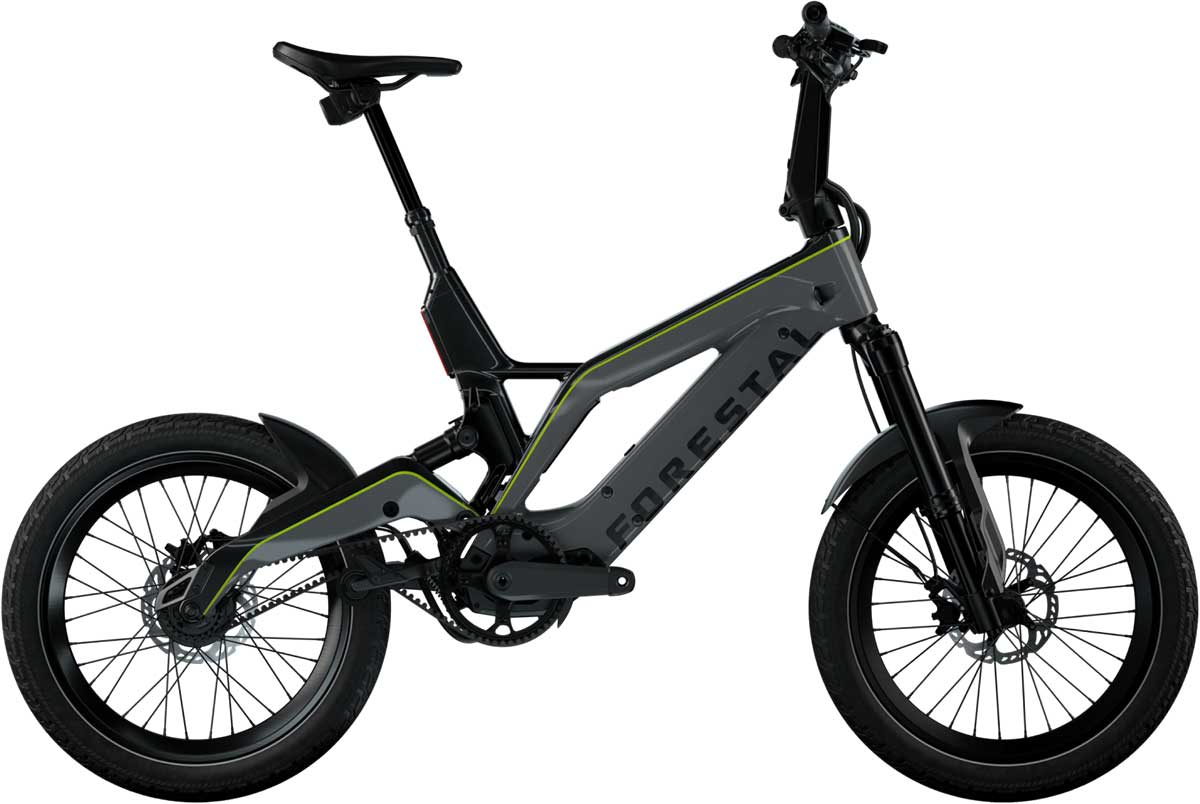 Where do I even begin with the Forestal Aryon? It seems the Andorran brand have taken something from every discipline of cycling there is, and reworked it into one of the most interesting urban eBikes we’ve ever set eyes upon.

This thing has it all. Starting with the Alpha Box carbon frame, the Aryon runs a proprietary 80mm travel inverted fork, paired with 80mm of rear wheel travel served by a RockShox SidLuxe Select+ Shock. 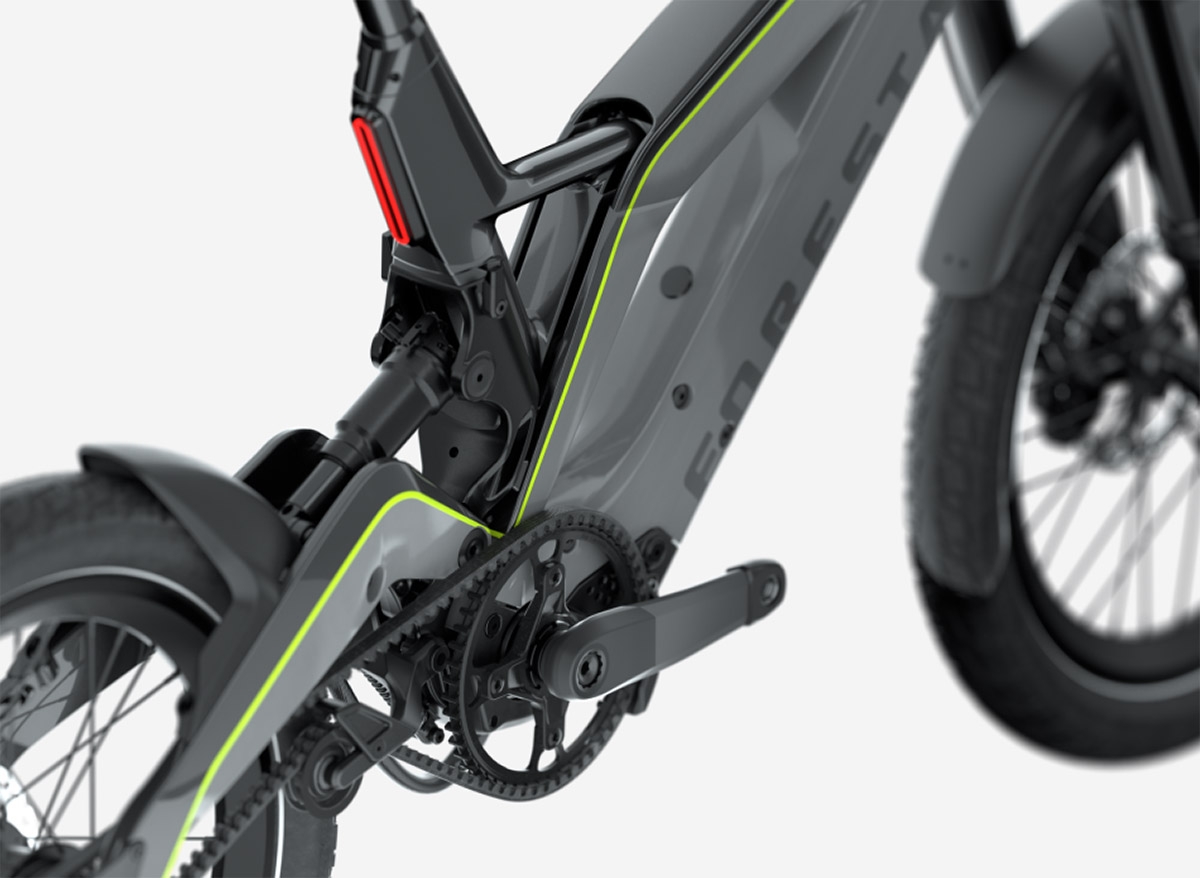 The cool thing about this full suspension urban eBike? It’s actually foldable, as well. It also gets a Gates Carbon Belt drive, so at least in the drivetrain department the Forestal Aryon should be durable and low maintenance for year-round urban commuting. 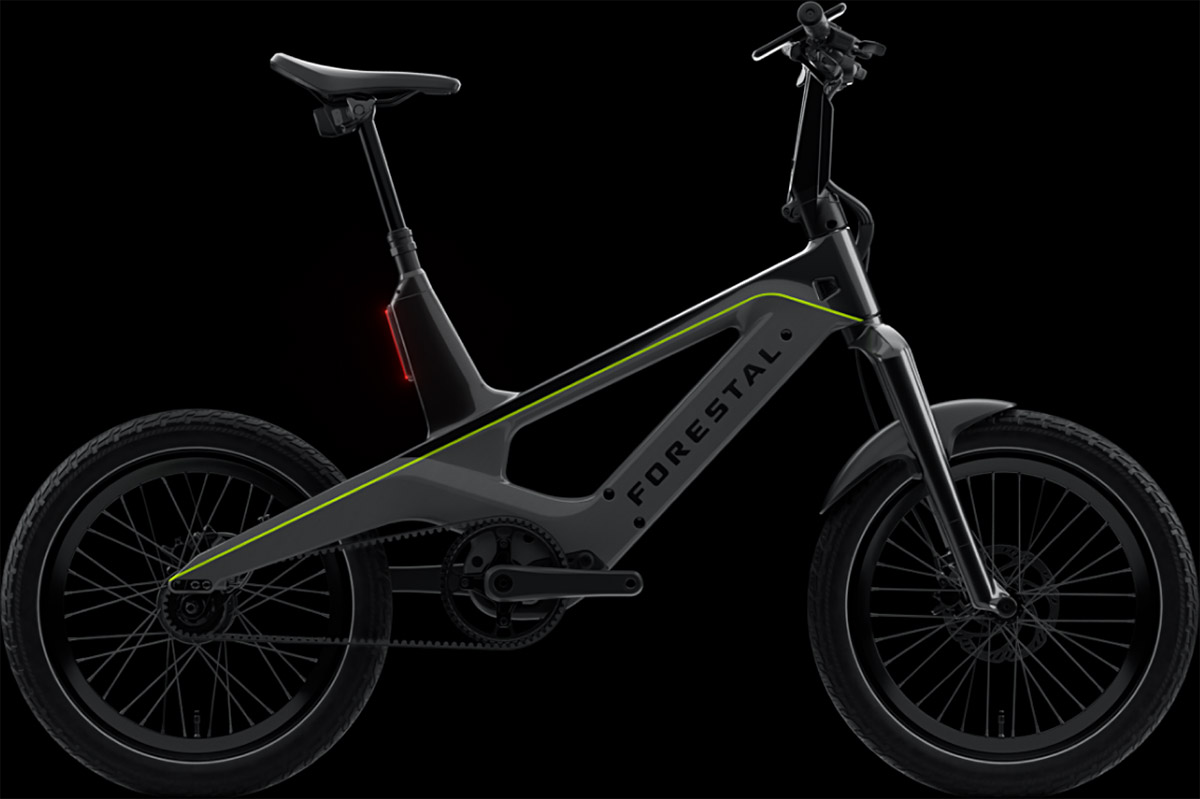 The Aryon SC is the “Speed Concept” version, featuring a rigid carbon frame and fork. Forestal describe this one as a “city bike built for pure speed, with sharp handling for skirting busy traffic”.

Both versions of the Forestal Aryon get the EonDrive motor and Aurora battery.

The Forestal Cyon Trail eMTB is available in three build models with prices starting from 8,299 €. There are two models of the Hydra DH eMTB to choose from, the cheapest of which costs 9,999 €.

The urban eBikes are similarly priced. The Forestal Aryon full suspension foldable eBike is priced at 10,399 €. The lighter, rigid, non-foldable Aryon SC will set you back 8,599 €.