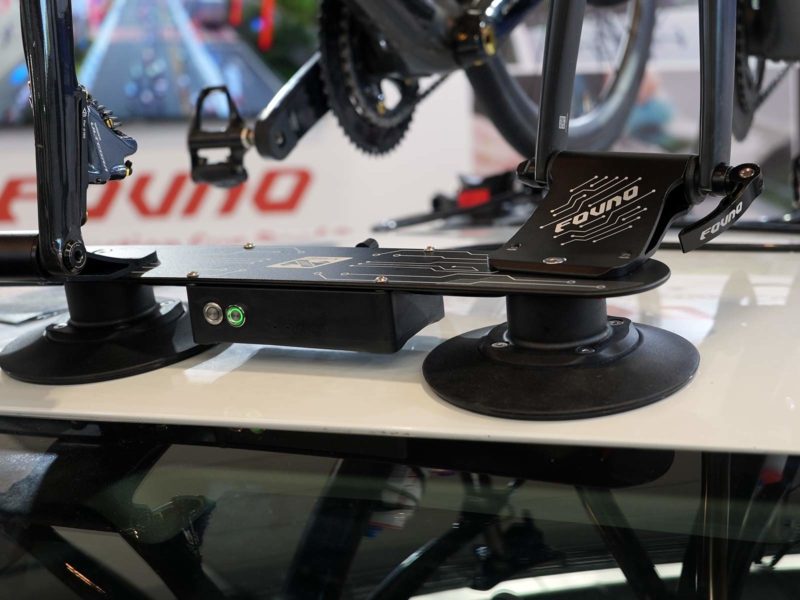 After apparently not liking the tiny manual pump on Sea Sucker’s suction cup roof racks, Fovno decided to add an electric pump and CNC their own three-bike roof rack.

Just position the rack on your roof, then press the green button on the compressor. It will quickly suction air out of the cups, pulling them down onto the surface. The pump then monitors suction and maintains it. They lifted the corner of one cup and we watched as it quickly pulled it back down tight. 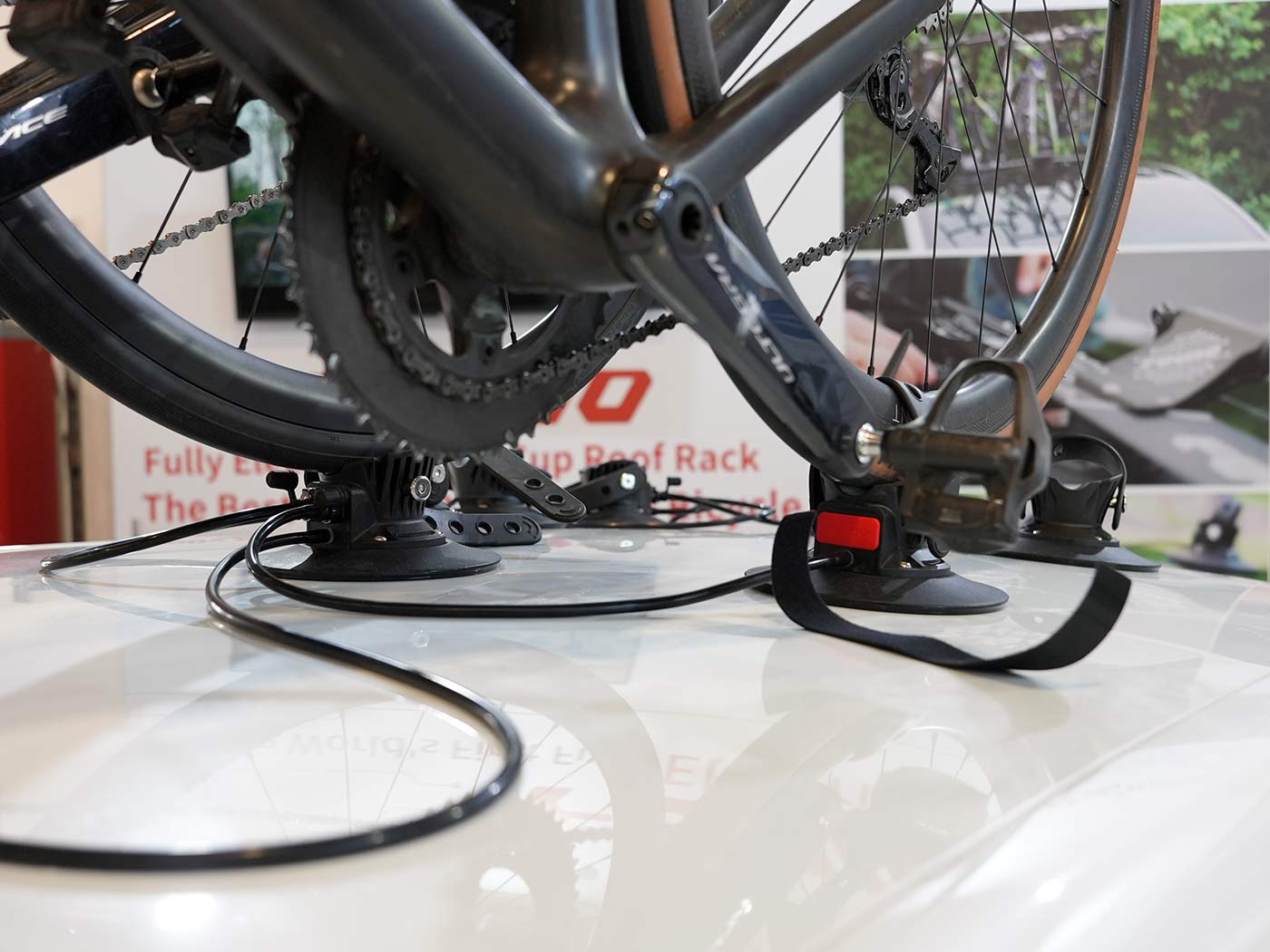 Three individual suction cups are spread out wherever they need to be. The central cup is connected by thick, durable pneumatic hose to the compressor, then connects to the other two. They use quick release connections, so you don’t need to connect all three. While it looks like it’d flap around at highway speeds, they showed video and it just kinda lays there…it just wasn’t this video:

They say it can create up to -65 KPa of negative pressure, which is about 2/3 of the way to a total vacuum at sea level, and more than enough to hold three bikes up to 20kg each (60kg total) securely on your roof… 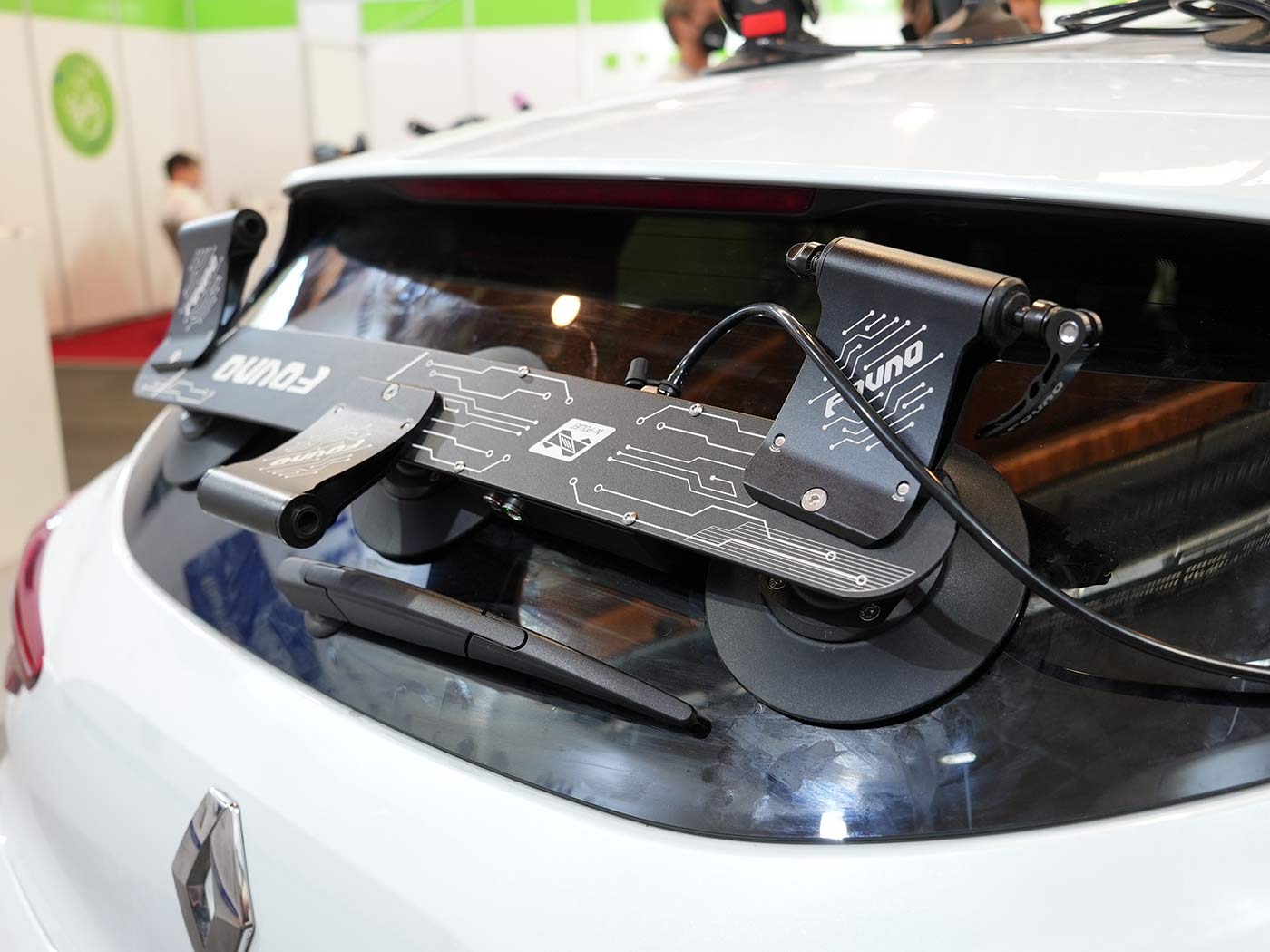 …or your tailgate, assuming the bikes are short enough to secure the rear wheel to your bumper and still have safe ground clearance.

One of the benefits to being an electronic system is it comes with a wireless alarm that you mount inside your car (and plug into a USB port) that will alert you if it does lose suction, giving you time to slow down and pull over. 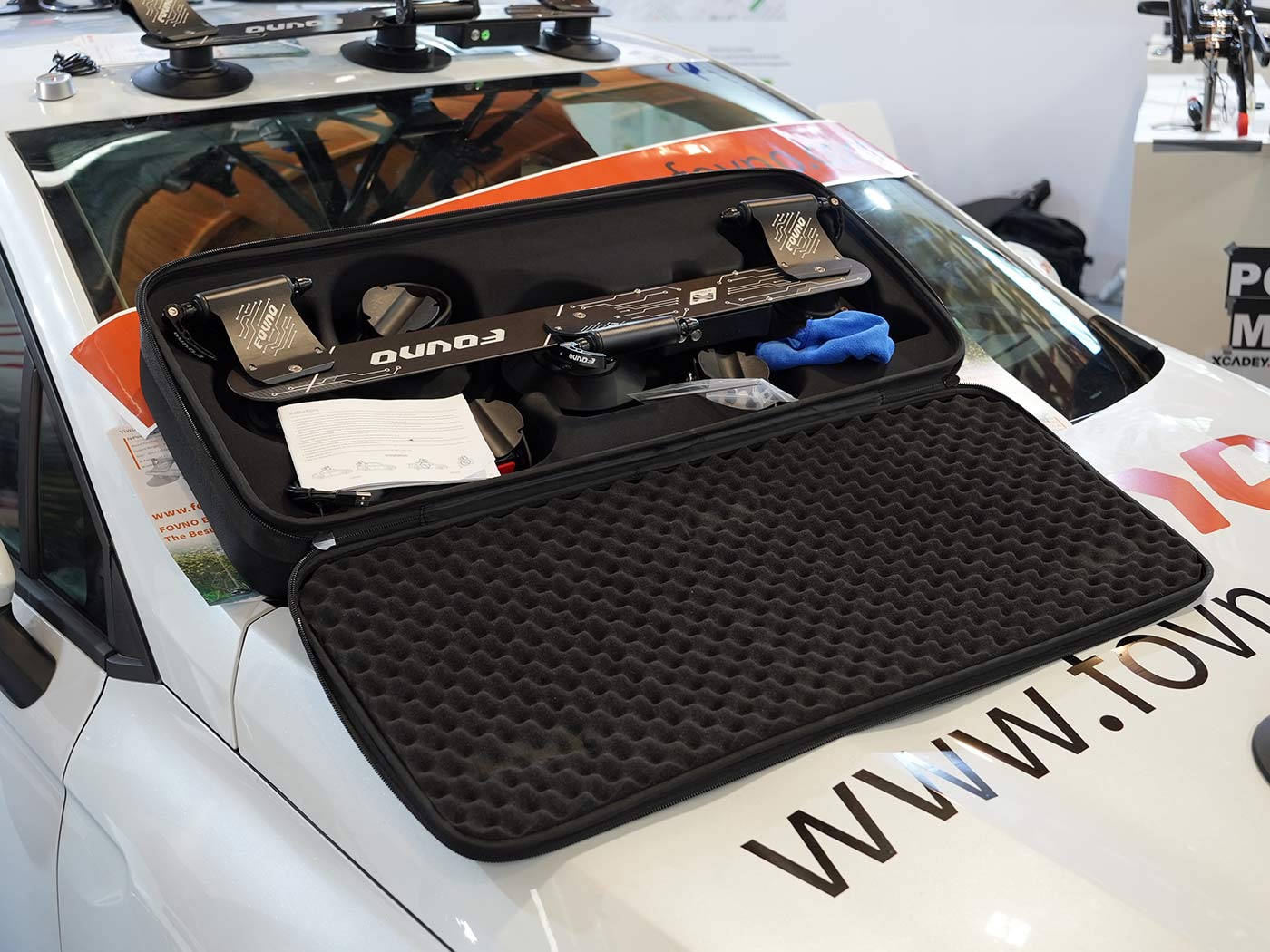 The benefit to a system like this, other than just being super small, light, and easy to install, is that it opens up possibilities on more cars. Some are too small to fit a traditional roof rack, or don’t have the necessary rails or channels…or the option to add a hitch mount (like some Audis). Or it’s just much cheaper than a full roof rail system, or maybe you just don’t want all that up there when you don’t need it.

The entire rack system weighs in at 4.3kg and MSRP is about $450 USD, available for US customers through AliExpress for now, but they’re working on expanding distribution. The kit comes with its own carrying case, letting you safely store it in the boot.

Ant failures with Seasucker? I haven’t heard of any.

Seasucker racks fall off daily, The customer service mantra is to ignore til they give up.

seasucker racks often fall off. as well as the cups leave marks and damage paint.

Seasucker racks don’t fall off daily. I used one for years without issue. I’d use a wet rag to wipe the roof, suction the rack to the roof, and load my bike. There’d have to be multiple cup failures for the rack to “fall off,” and that seems improbable to me since I didn’t have a single failure. If you messed up the process and dropped a bike that’s on you. This product seems OK, but I’m not sure that pumping up a few vacuum pumps is much of a hassle.

I’m telling you as fact seasuckers fall off and damage cars on the regular, when someone gets killed it will finally be the end of this company..

Care to provide the stats? How many fell among how many owners?

So… I am a former Seasucker employee, Yes I was terminated October 5th 2020, a little over a year later I recieved a cease and desist letter.