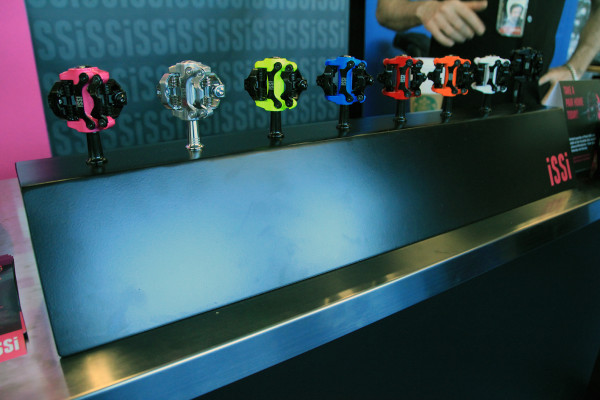 Pedals were big at Frostbike this year. Everyone was very diplomatic stating that the new companies were designed to give consumers more options and bike shops better margins, but we’re guessing the hole left by Shimano after they pulled their pedals from QBP’s distribution network has at least something to do with it. In the end, it does mean more options for the consumer especially if you like color. As one of two new pedals companies under QBP’s roof, iSSi is putting their strong foot forward with the iSSi pedal in 8 different colors. The 312g pedals use a single outboard bearing and inner DU bushing stock, but will have an upgraded Duro version available which uses dual outer bearings and a single inner bearing that replaces the DU bushing. iSSi will also have +6 and +12mm spindle length upgrade kits available as well.

If trail pedals are more your thing, check out their prototype next! 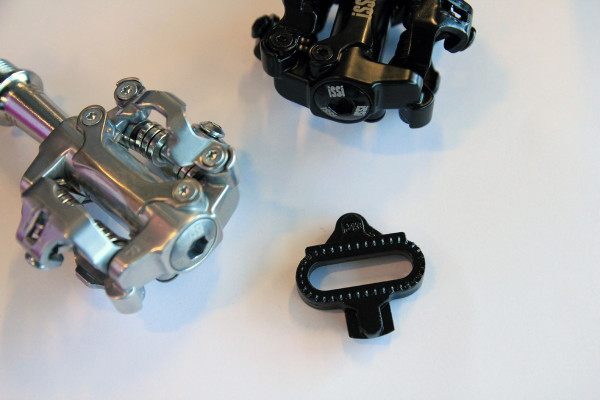 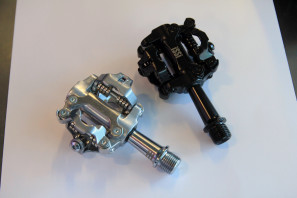 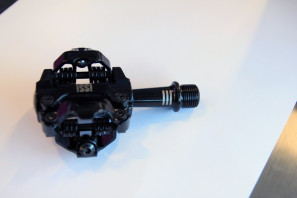 Based on the same retention system as the standard iSSi, the trail pedal will use Welgo compatible cleats. These are SPD style, but iSSi points out that the SPD compatibility is a B-fit so while it will work, it’s not really recommended. Duro bearing upgrades are specified with three lines on the pedal spindle. 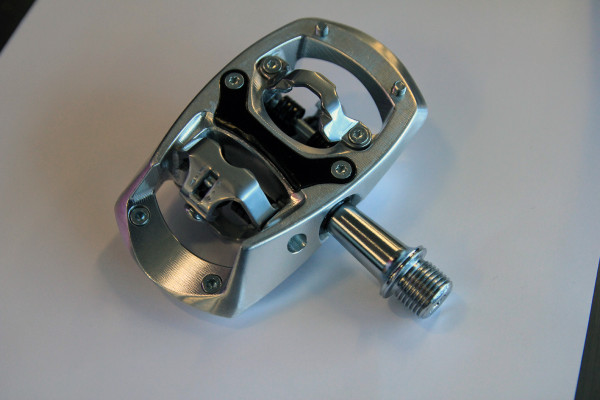 The trail pedal uses an aluminum cage around the perimeter with traction pins for extra grip when you’re not clipped in. Standard iSSi pedals retail for $75 and the Trail is expected to sell for $85-90.