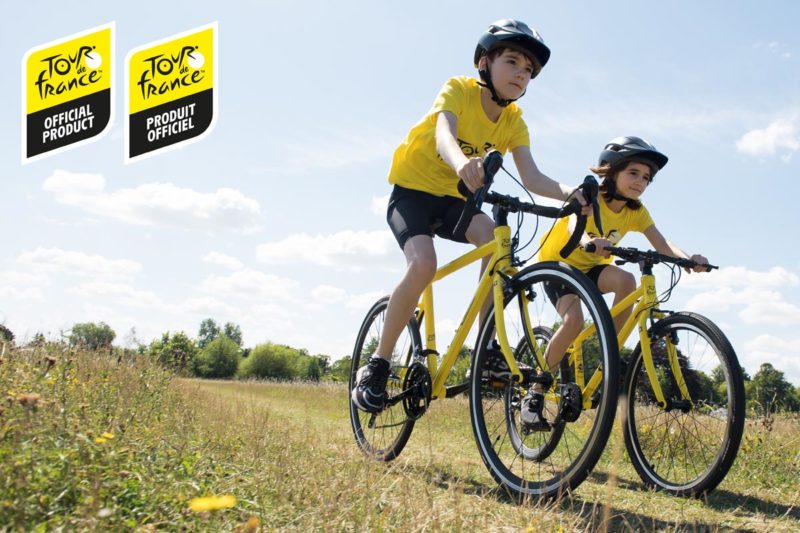 There is no official Tour de France race for kids. But there are official bikes. Most recently, British brand Frog Bikes teamed up with A.S.O. (the Amaury Sport Organisation), to produce a line of officially licensed yellow bikes in honor of this year’s (belated) Tour de France. 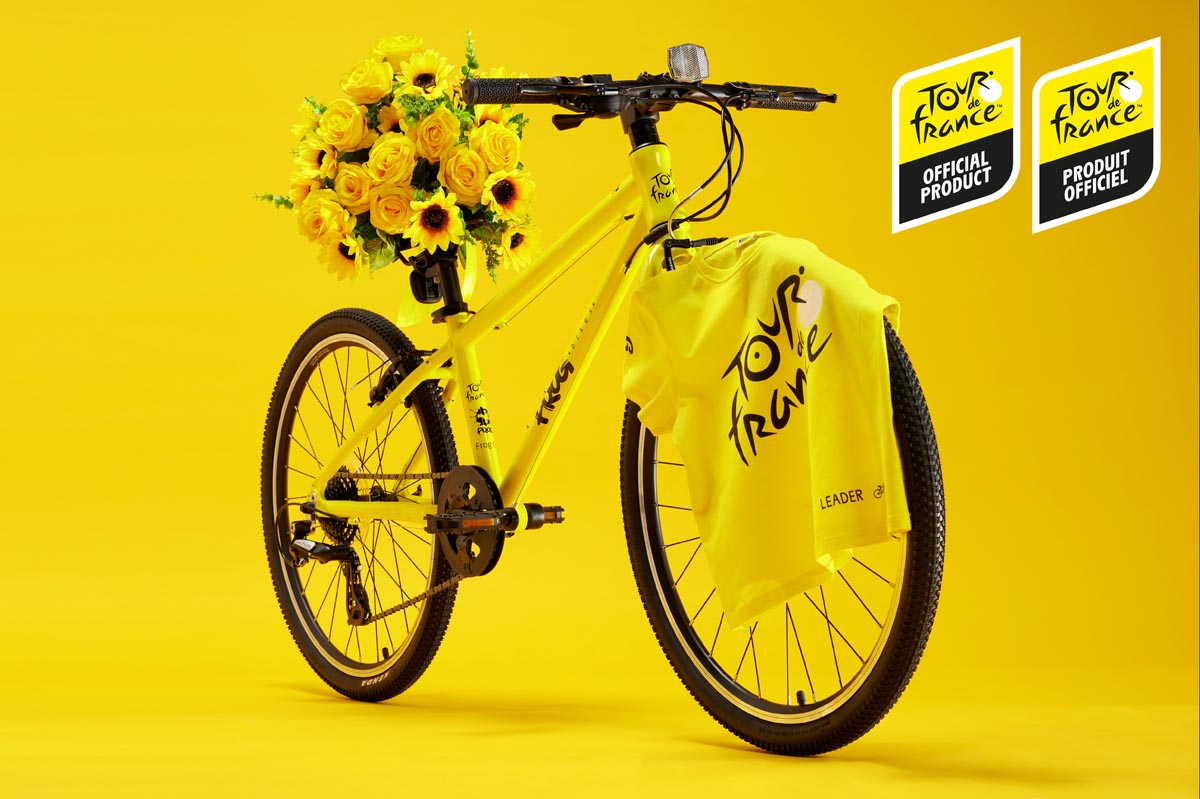 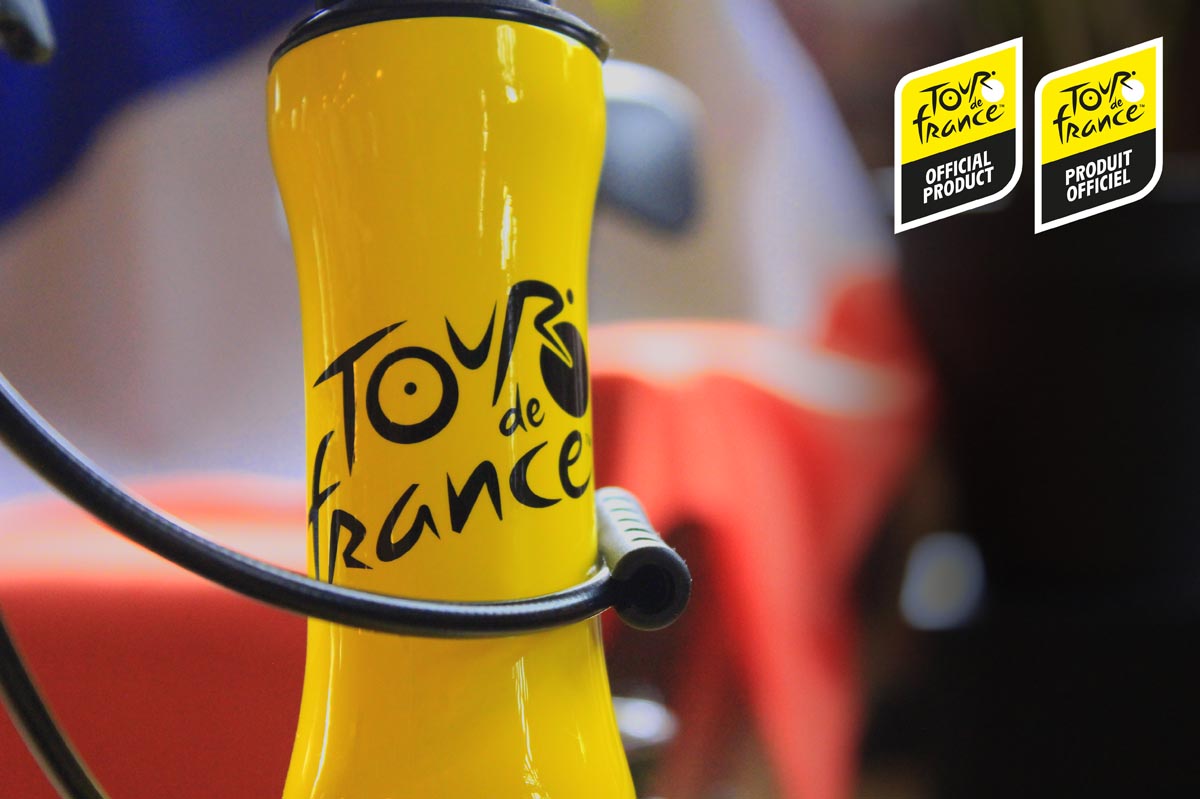 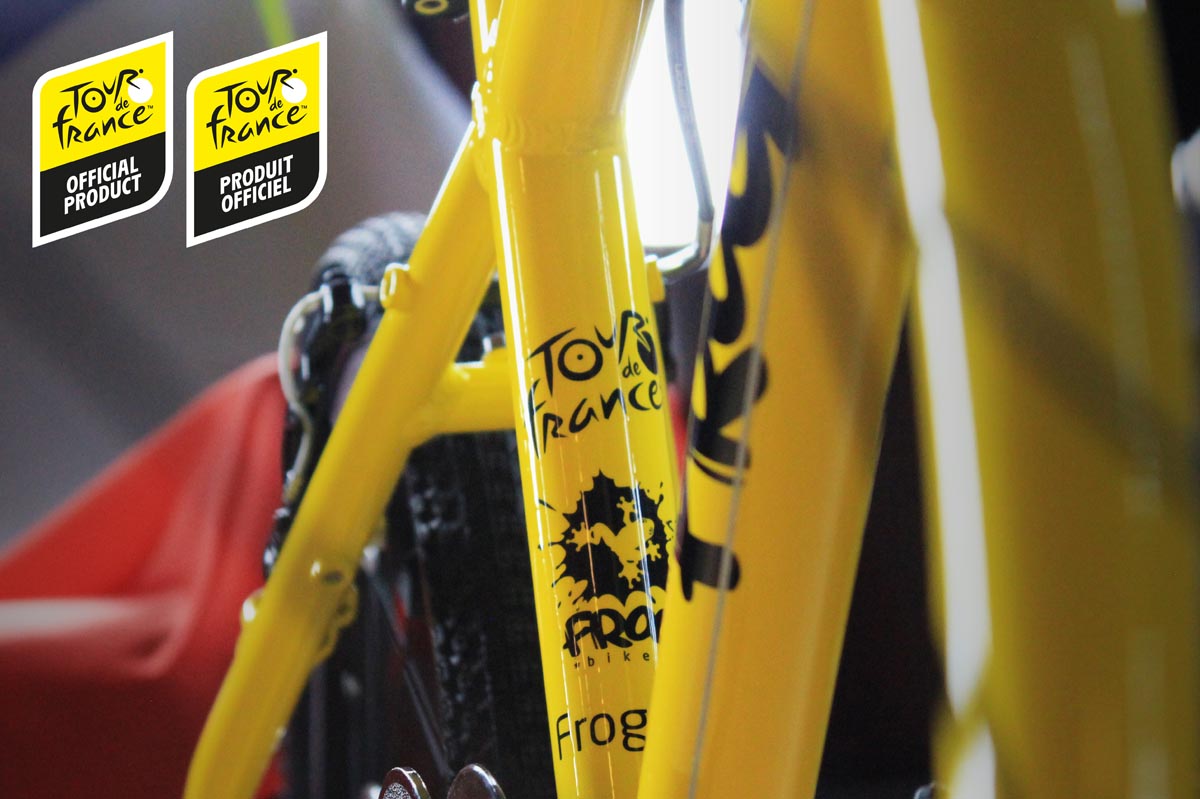 While these are the same high quality kid’s bikes that Frog Bikes builds on a regular basis, these particular models have a special finish that fans of the Tour will instinctual recognize as the sign of the overall leader. Draped in the color of the maillot jaune, a few Tour de France logos let you know this isn’t just your average yellow bike. 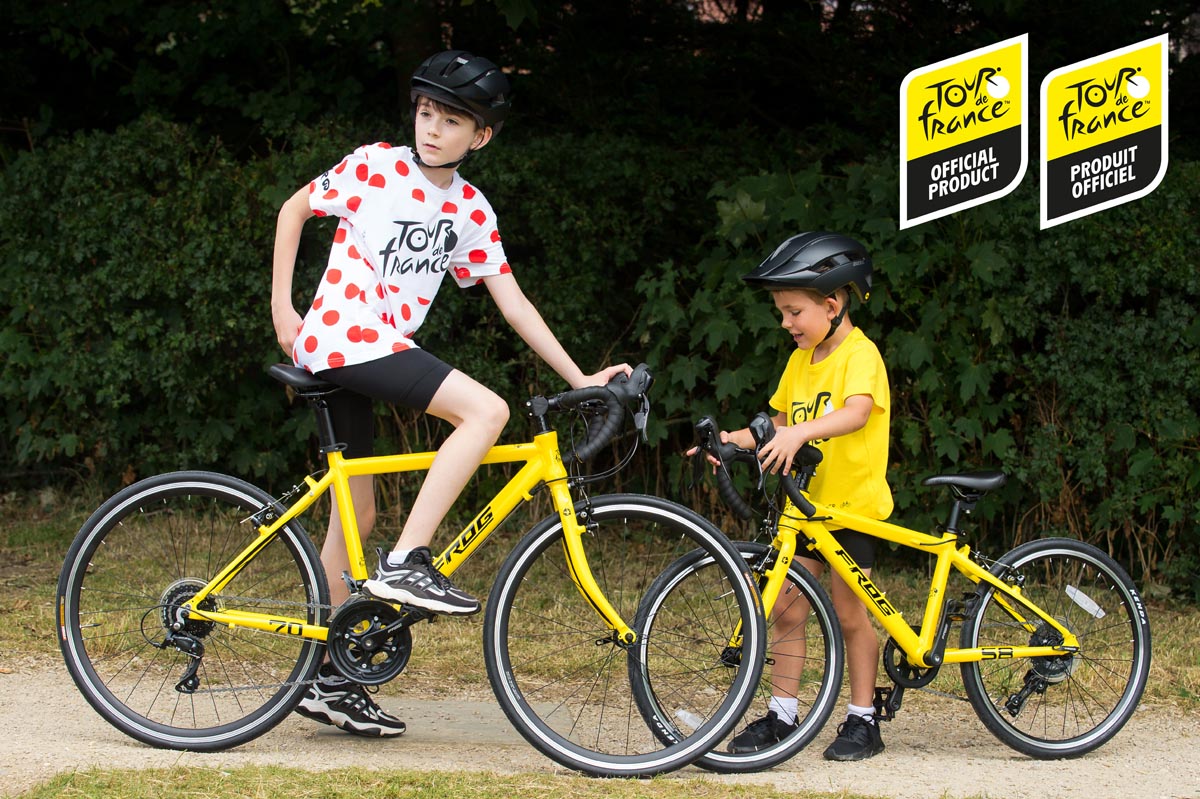 There are six Tour de France models in total, meant to fit a wide range of kids. The TdF line won’t initially include all of the Frog models, but like the rest of their models, the bikes include light weight aluminum frames and components to offer a better riding experience for kids. 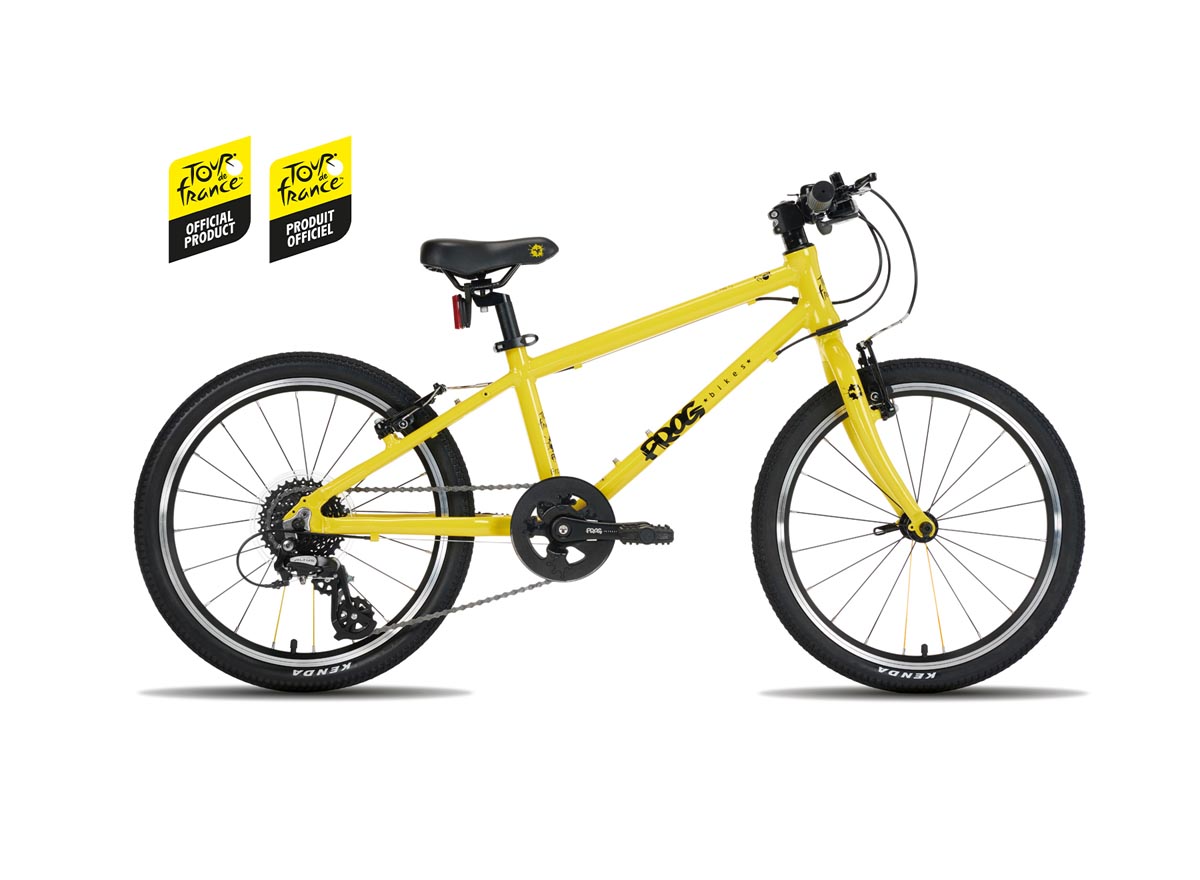 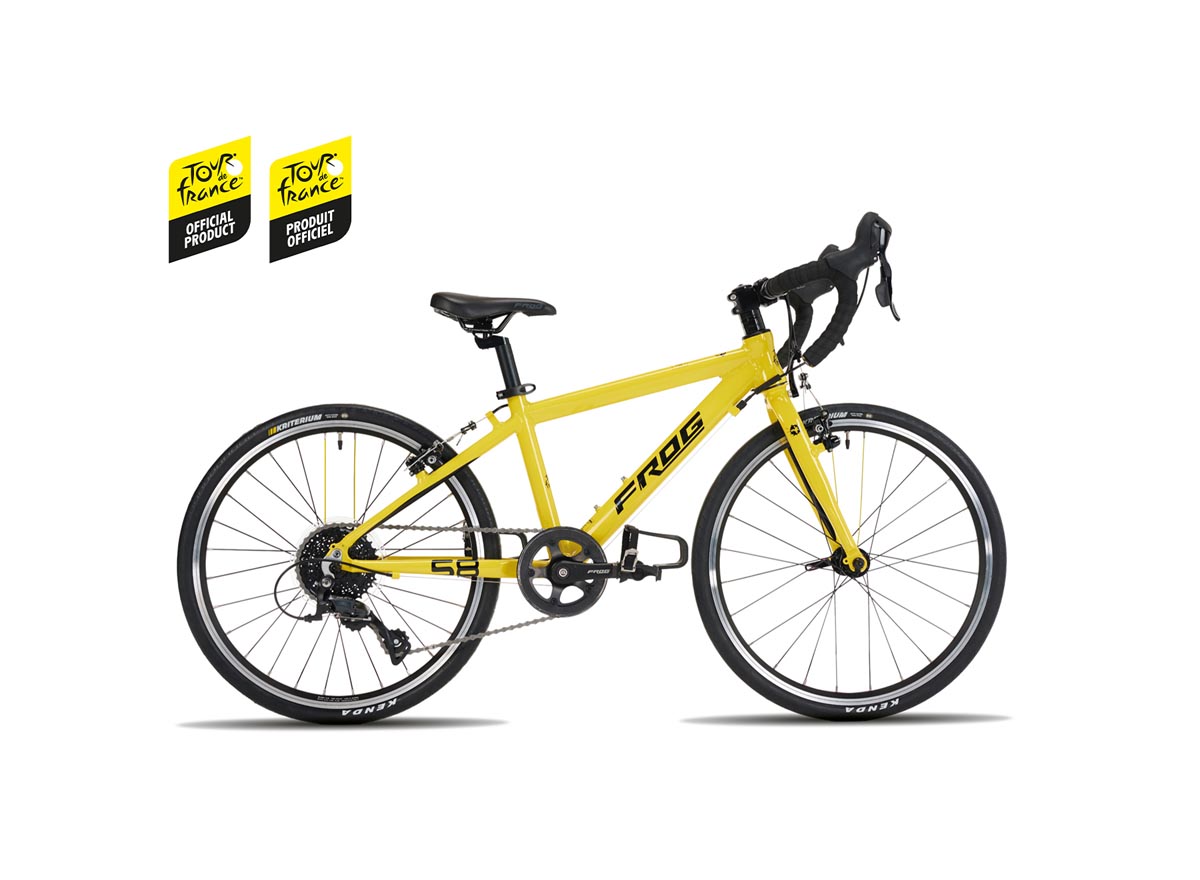 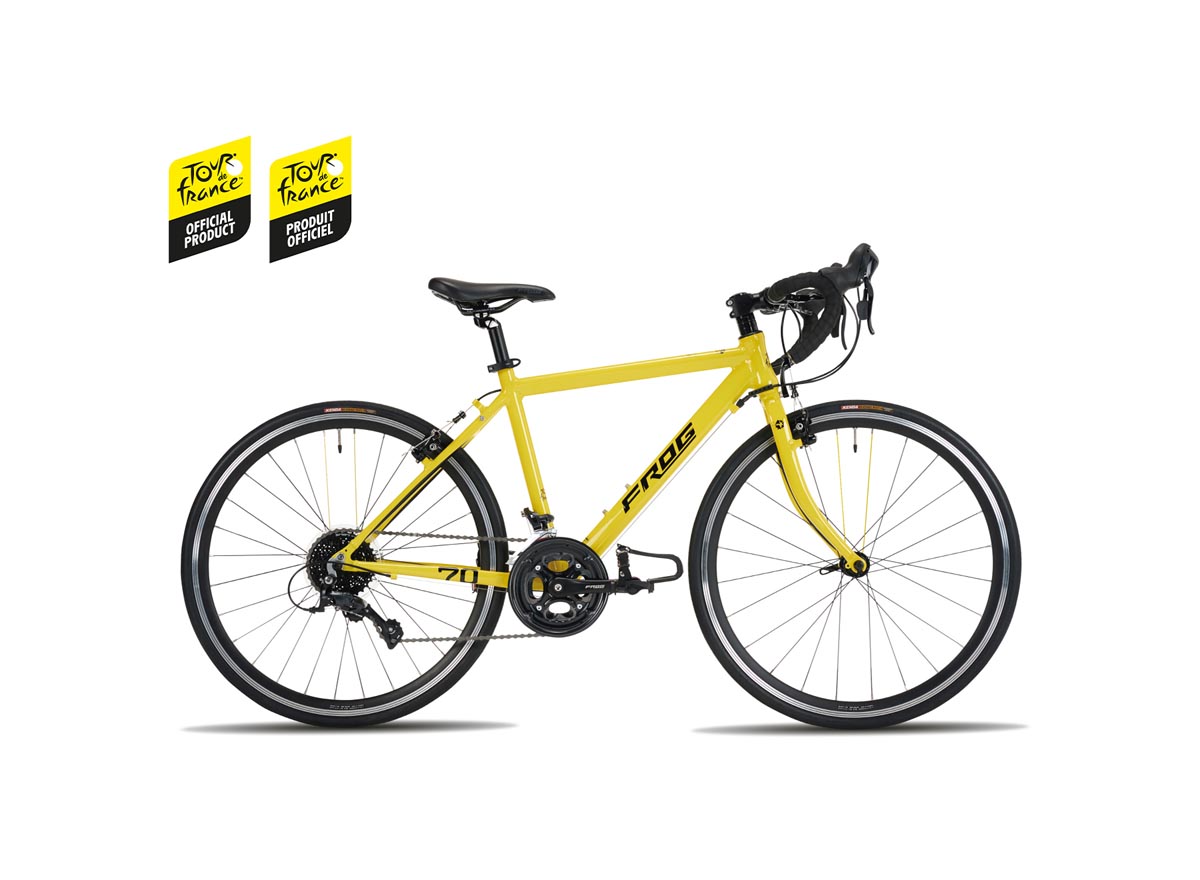 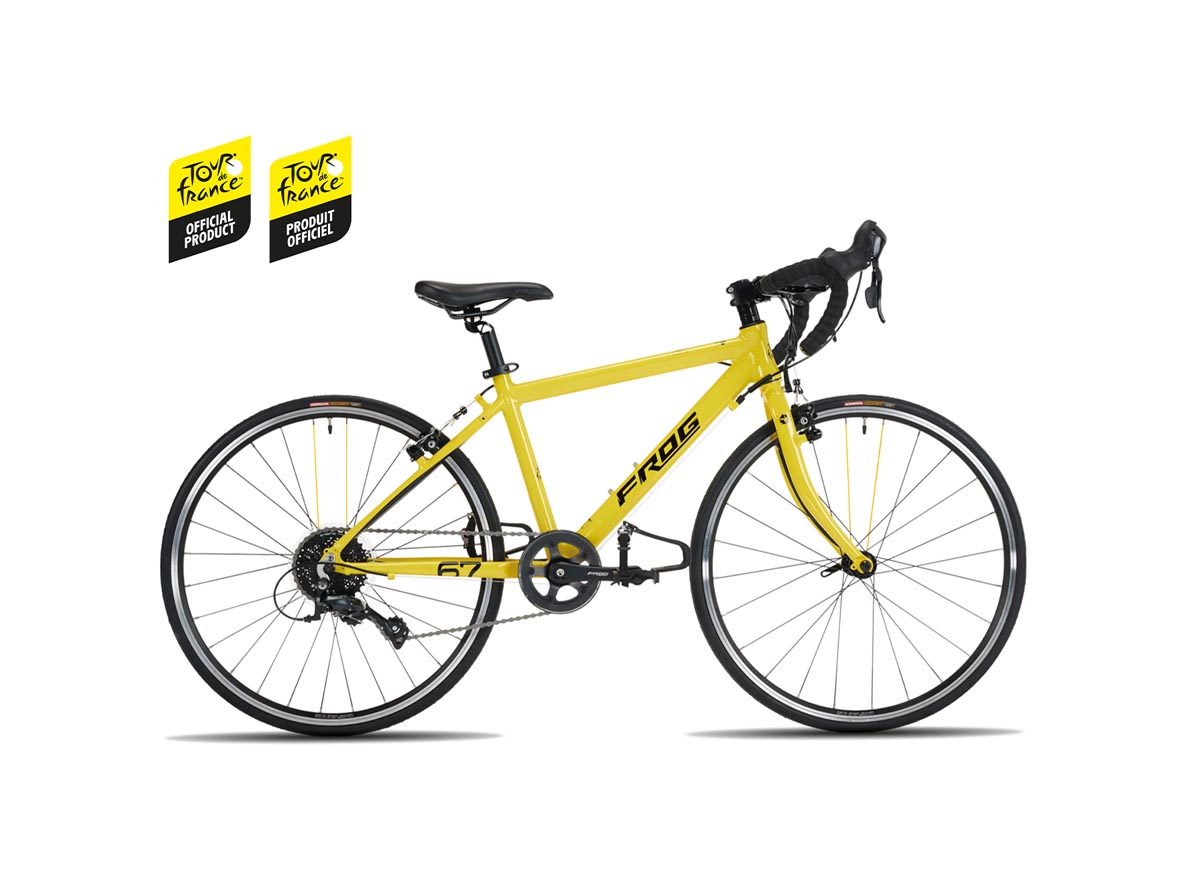 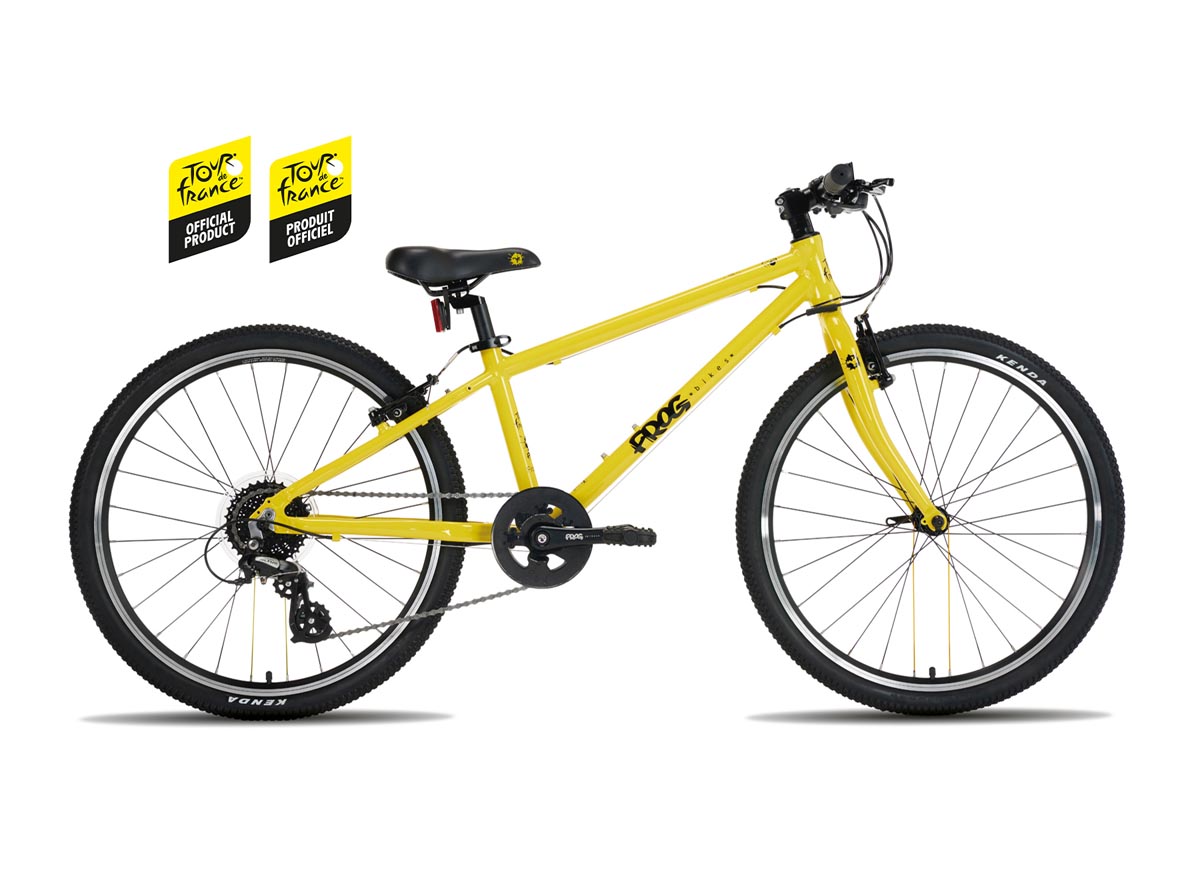