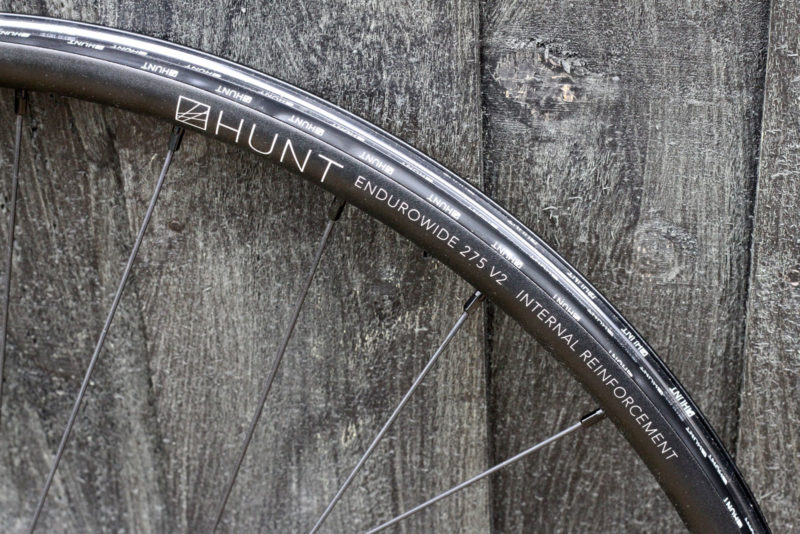 Last season, Hunt Wheels released an updated version of their aluminum Enduro Wide wheelset, re-engineering the rim profiles to have demonstrably more impact resistance without adding too much weight. While the Enduro Wide V2 didn’t exactly blow its competitors out of the water, data from their in-house testing was nevertheless quite impressive given its affordability. On the amount of force required to cause initial damage, as well as the amount of force required for “ride-ending” damage, the Enduro Wide V2 rims fared as well as the DT Swiss EX 511 rim, a rim found on the EX 1700 SPLINE wheelset with an RRP 37% north that of the Hunt Enduro Wide V2.

At £379 for the complete wheelset, the Hunt Enduro Wide V2 is pretty hard to ignore. The wheelset is over 100g heavier than the more expensive EX 1700 SPLINE, but its 2.03 kg was hardly off-putting to us. Those points considered, and taking into account the 5° engagement hub, the Enduro Wide V2 will undoubtedly present itself as a reasonably attractive upgrade option for many owners of entry-level spec enduro bikes. 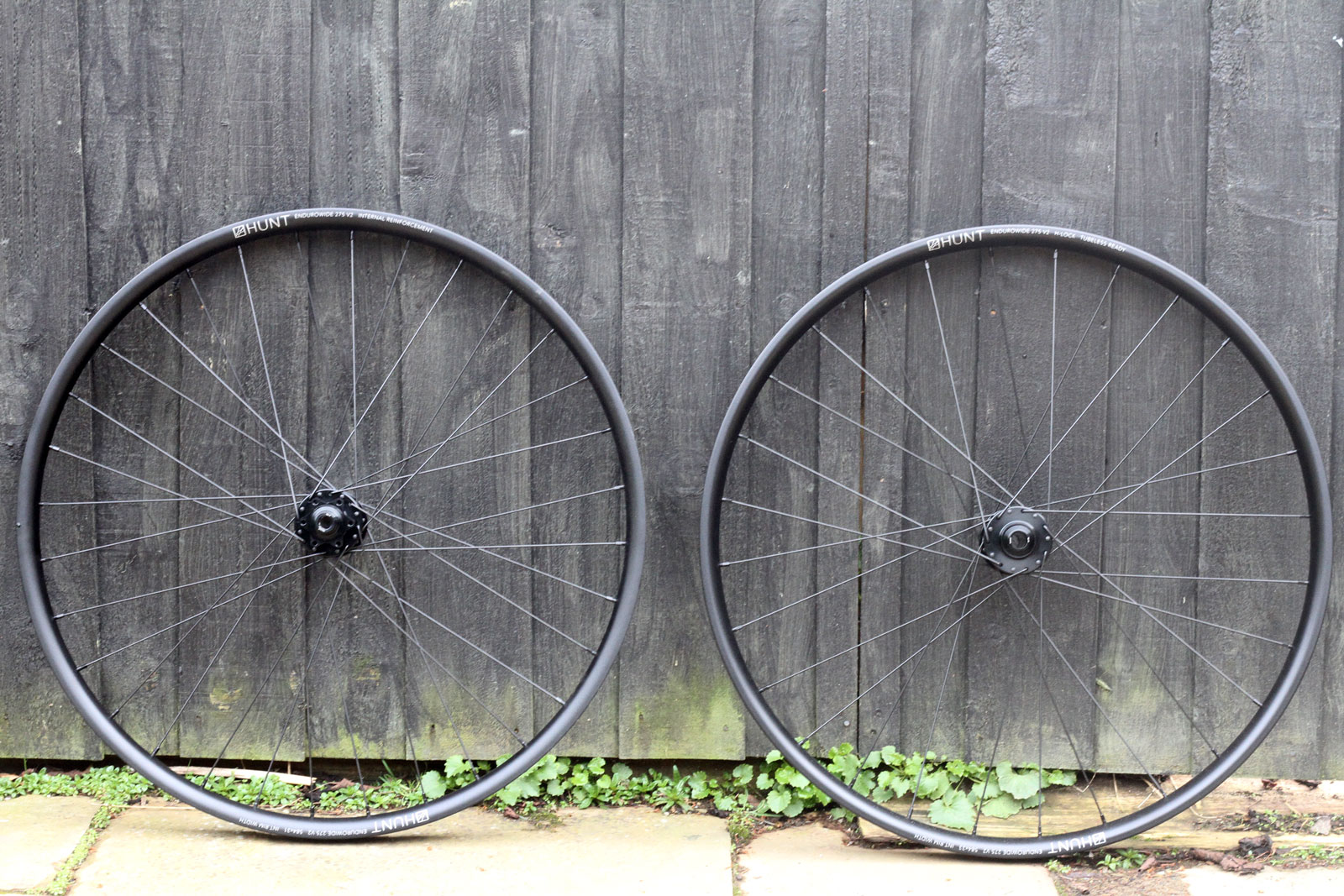 I have been riding the 27.5″ wheelset for the last 3-4 months (riding an average of days per week), testing them out on my Revel Rail – a 165mm travel enduro bike. Here’s how the wheels fared on British enduro trails and bike park tracks. 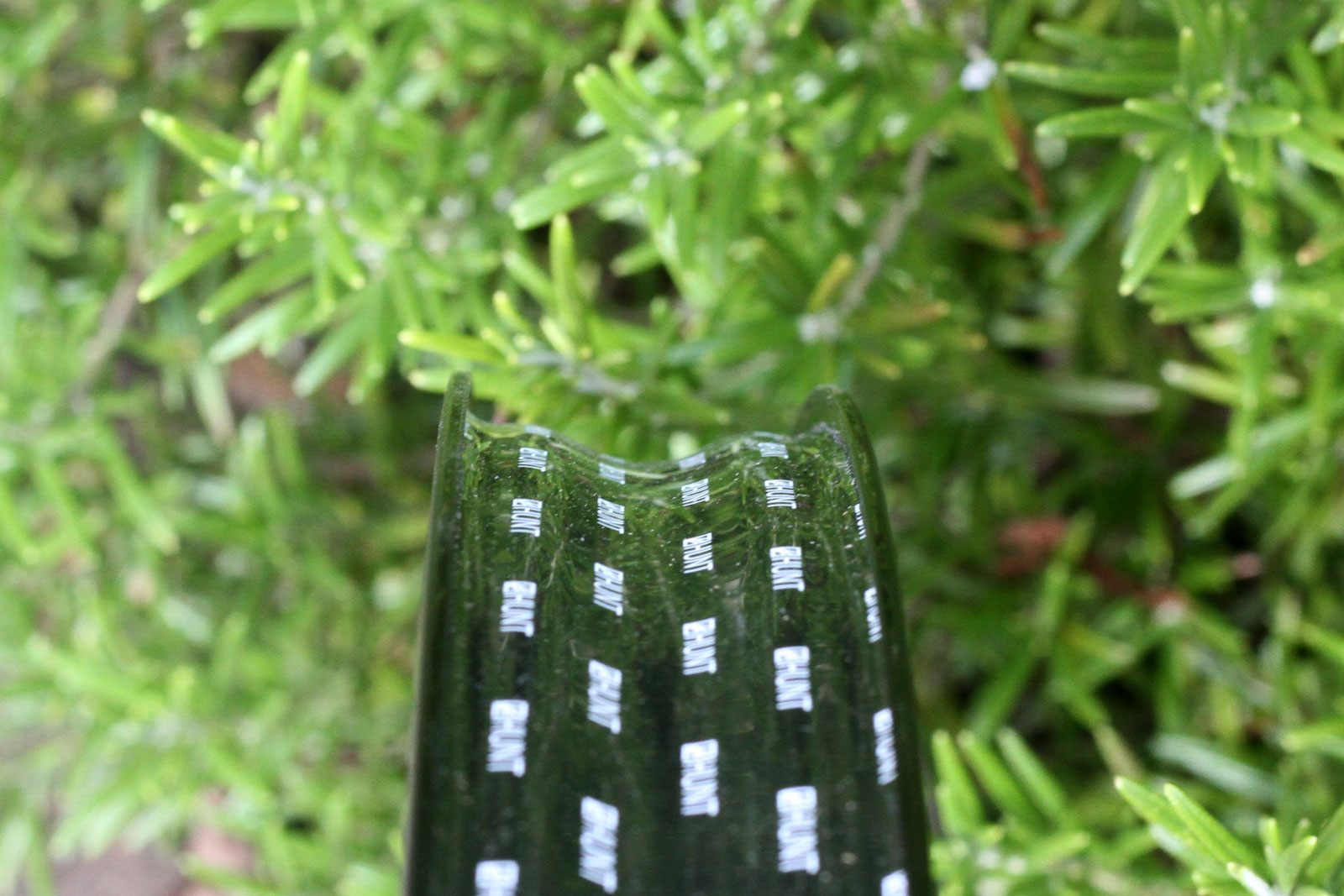 In the box came the Hunt Enduro Wide V2 wheelset with rims taped ready for a tubeless set up, as well as two tubeless valves (weighing 9g for the pair) and 4 spare J-Bend spokes. On my Park Tool DS-1 Scale, the wheelset with Microspline freehub body weighed in at 2.03 kg – that’s with rim tape but without the valves.

Hunt’s tubeless valves aren’t compatible with tire inserts, but they do get a metal dust cap with integrated valve core removal tool. If you’re wanting to run a tire insert, I can recommend valves from CushCore, Rimpact, Nukeproof and 76 Projects.

With the aforementioned boost to the rim’s impact resistance, Hunt also tweaked the profile of the Enduro Wide V2 rims, tailoring them to be front- and rear-specific. The front wheel has a 33mm internal rim width, while the rear wheel has a 31mm internal rim width. The latter is narrower than the previous iteration, in a bid to give 2.3″-2.5″ tires a rounder profile in the hope of reducing the likelihood of pinch-flat events. 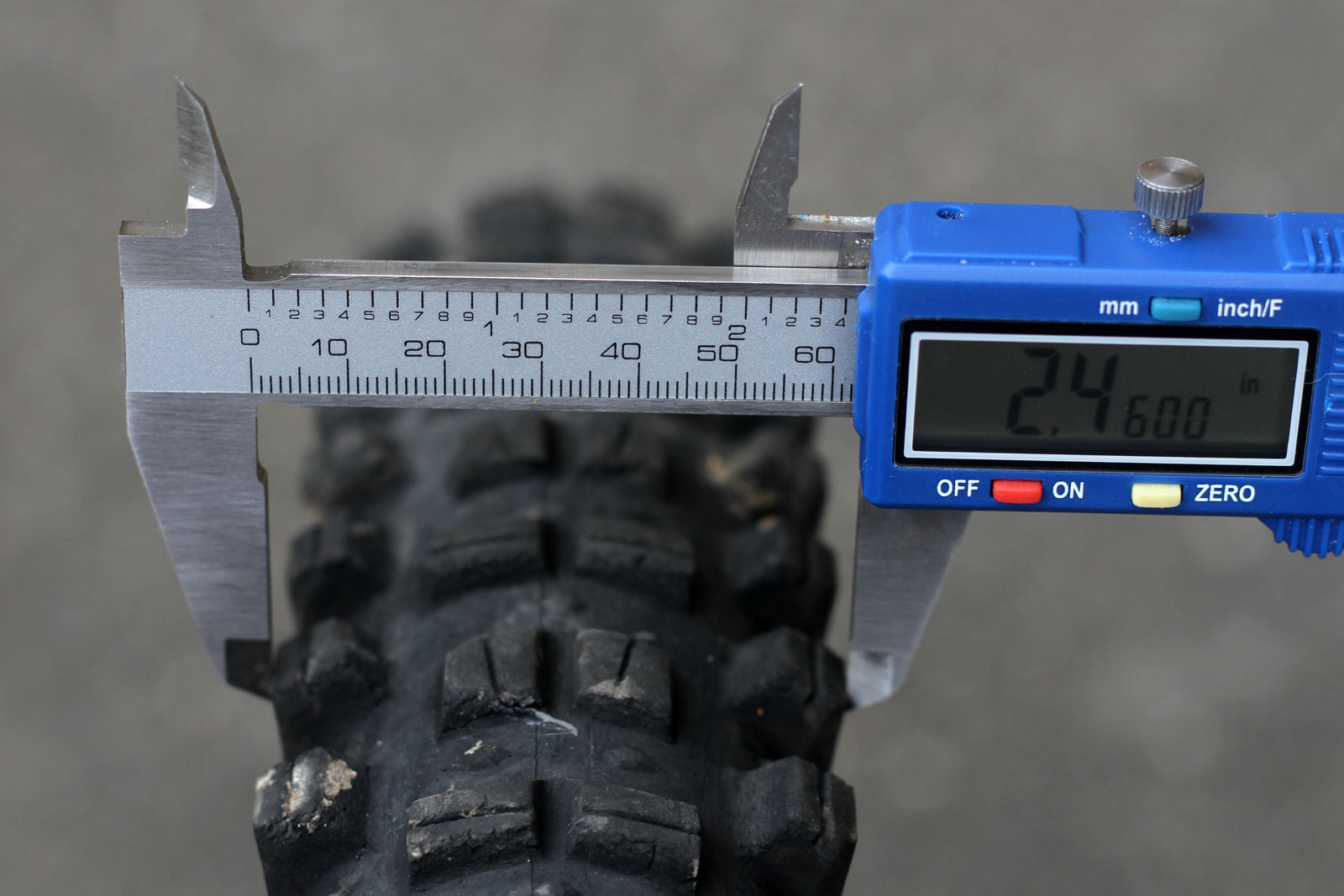 At 25 PSI, the WTB Judge Tough Casing tire measured up at 2.46″ on the 31 internal width rim of the Hunt Enduro Wide V2 rear wheel

On the front, I mounted a 2.4″ Continental Kryptotal Fr Enduro Casing tire; at 25 PSI that one measured up at 2.44″. On the rear wheel I mounted a 2.4″ WTB Judge Tough Casing tire; at 25 PSI, the actual width came in at 2.44″. These are the tires I rode with for the vast majority of the test period, but I have more recently mounted the 2.4″ Kryptotal Fr Enduro tire to the rear, too, just to compare the true inflated tire widths between the front and rear wheels; unsurprisingly, on the 31mm internal width rim of the rear wheel the Kryptotal came in at 2.42″. Just eye-balling it, i’d say it is ever so slightly more round in profile, too.

Seating all of the above tires onto these hooked rims was a doddle. A track pump was sufficient; no need to call in the services of my trusty Air Shot.

So, how do they ride? 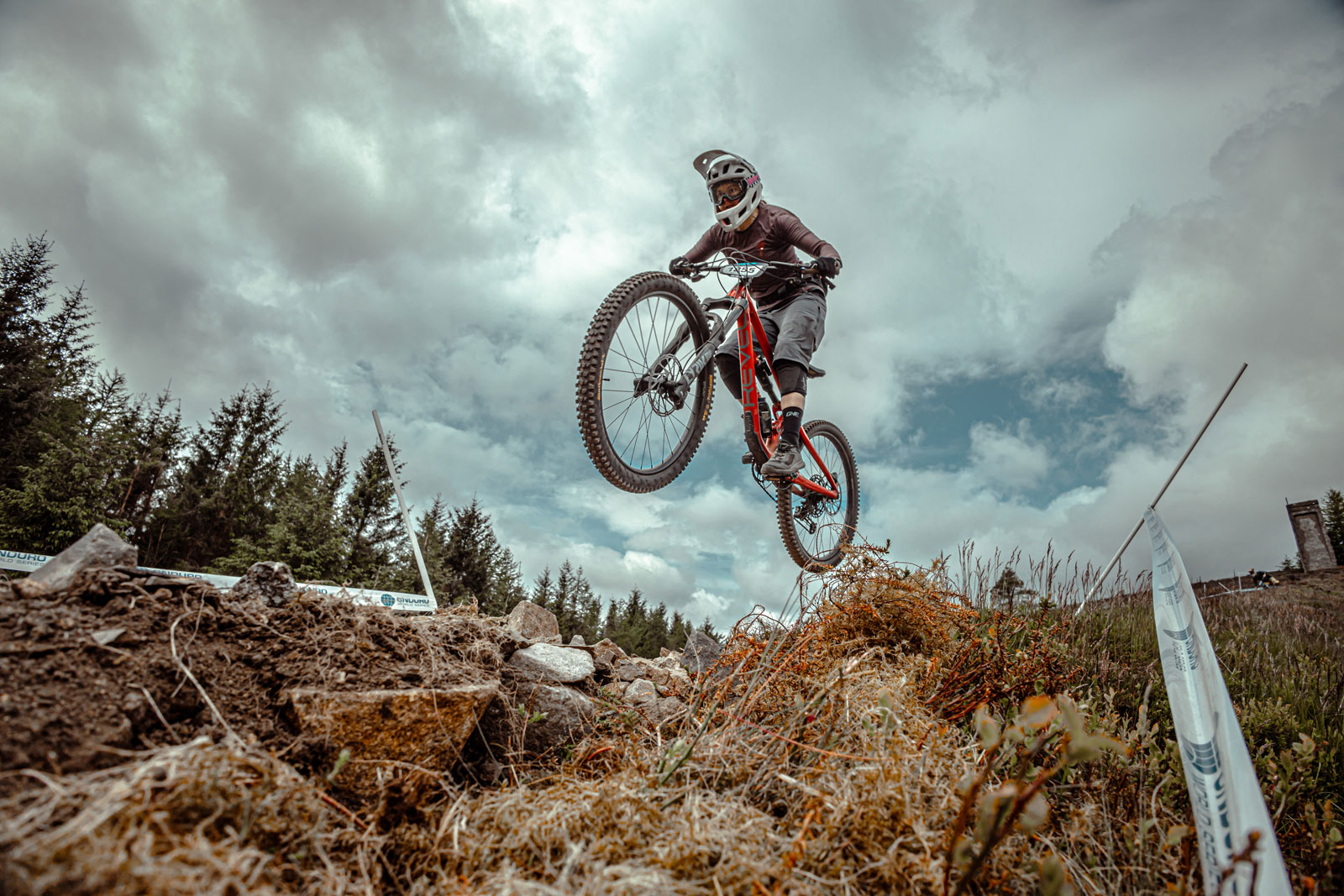 As well as any aluminum wheelset I’ve ridden in recent times. Honestly, there isn’t much to say here. I can’t report any tangible ride-feel differences between the Hunt Enduro Wide V2 wheels and the Nukeproof Horizon V2 wheels they replaced. I can’t say they were particularly harsh, nor were they perceptibly overly flexible. They just did what they were supposed to quietly, and without fuss. They held pressure well form the get-go, credit to the seal formed between the rims and the tires, and the care taken at the factory when taping the rims.

How did they hold up on the trail?

Three and a half months later, after riding on average 3 days per week, I saw fit to give the wheelset a good inspection. In that time I had ridden a mixture of flat-out bike park tracks, slower-speed, steep, sopping wet, twisty enduro trails, and those same trails in the driest, loosest condition I’ve ever seen them – the latter at the Tweed Valley EWS 100, an event at which I was happy to take the top step (local advantage, eh). 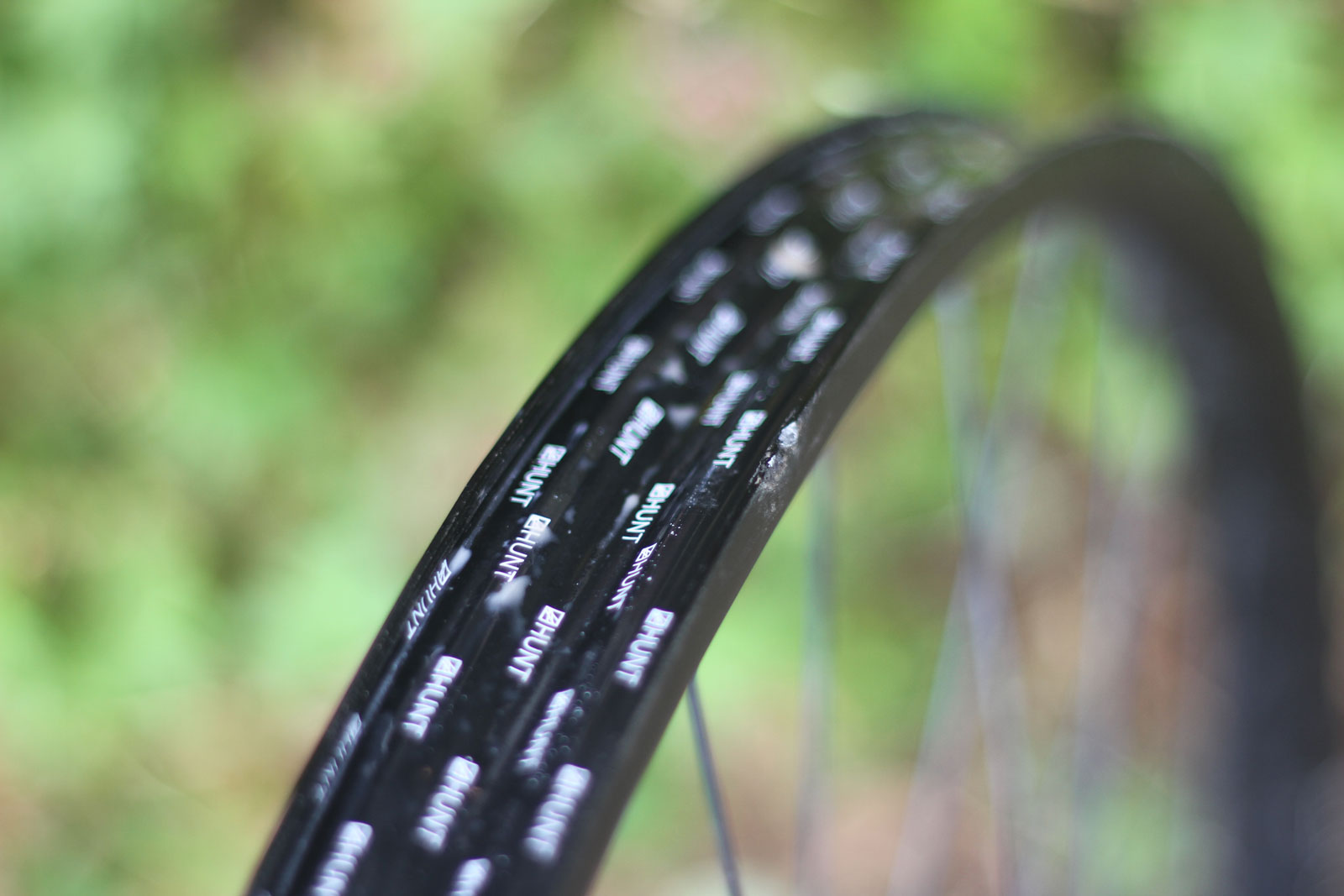 While the front wheel came away pretty unscathed, the same can’t be said for the rear. A harsh bottom-out incident at Bike Park Wales put two holes in the WTB Judge rear tire. The rim wasn’t dented, but a smidgen of the alloy had been shaved off in the process. It didn’t leave any sharp edges, though, and I was able to plug the holes and ride puncture-free thereafter. 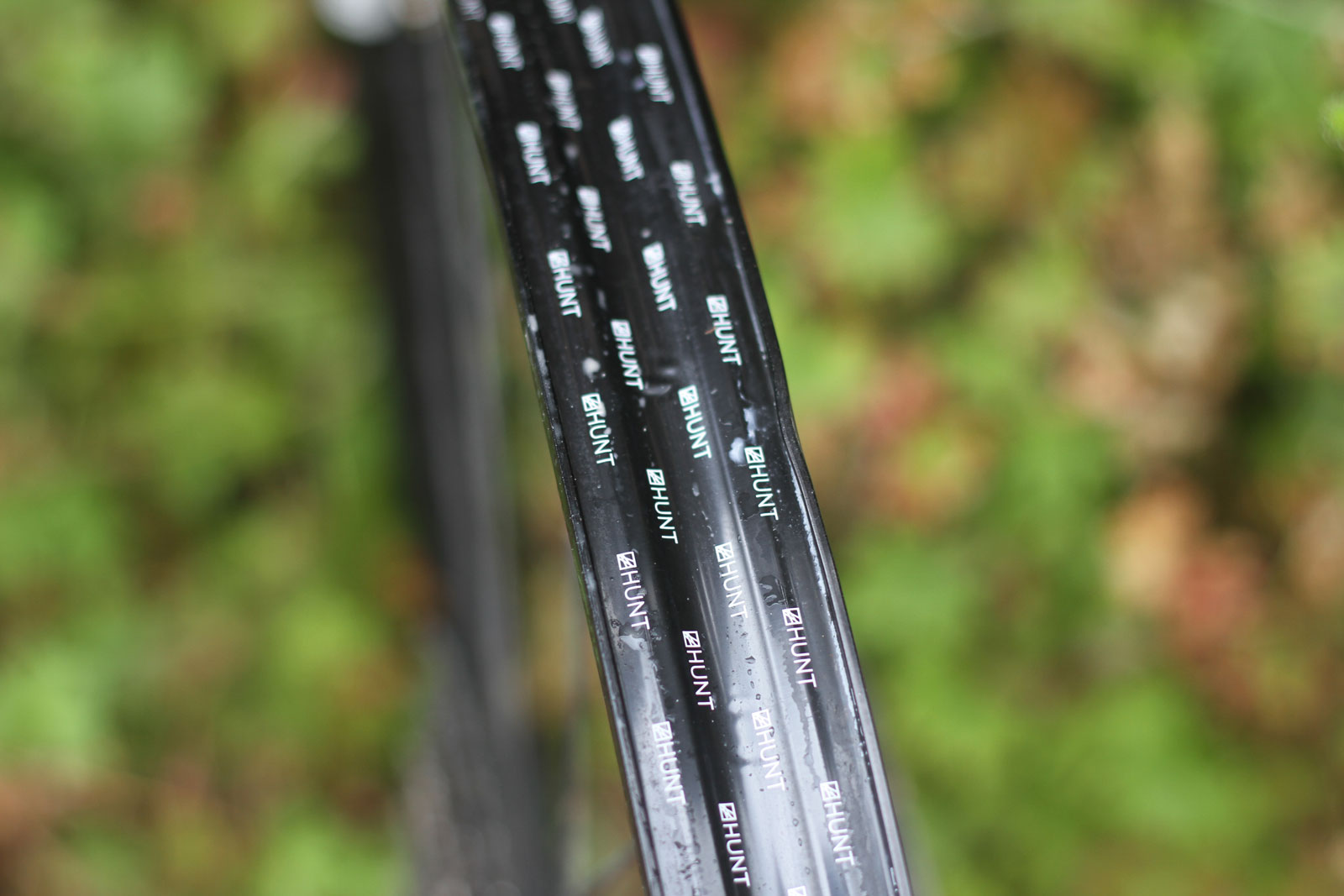 I’ve had no trouble getting a fresh tire seated and holding pressure, despite this dent

During the test period, there were numerous bottom-out occasions owing to my preference of running fairly low tire pressures. 21 PSI in a rear tire is low, even for a 60 kg rider. That’s without a tire insert. Regardless, in that time I only managed to put one proper dent in the rim. It wasn’t so bad that the tire lost pressure, and there is no sign of any splitting to report. So yes, the rim is damaged, but on no occasion was the damage ride-ending.

The wheel itself has no flat spots, but it does now have a very small wobble. I measure it no more than 0.5mm out of true. Some spokes on the non-drive side had a marked loss of tension (by feel), but really I have nothing dramatic to report. 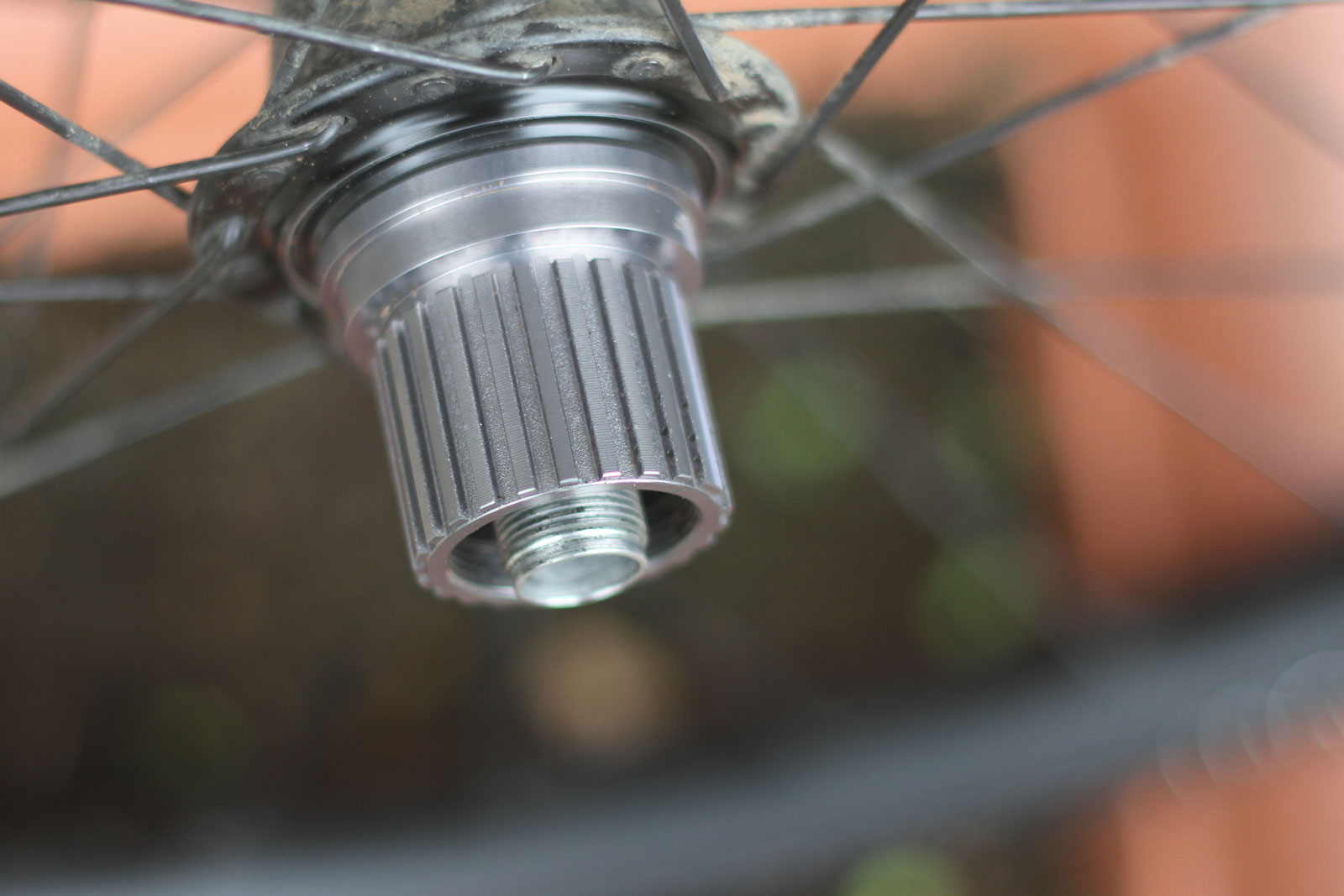 Underneath the cassette, the Microspline freehub does show signs of wear. As is to be expected, the outboard side has been chewed a little by the cassette with some indentations visible where the smaller cogs push against the splines. It hasn’t actually sheared any material anywhere, though. The pawls and springs are still functioning well, despite having seen a fair amount of contaminants, with none of them sticking down into position. 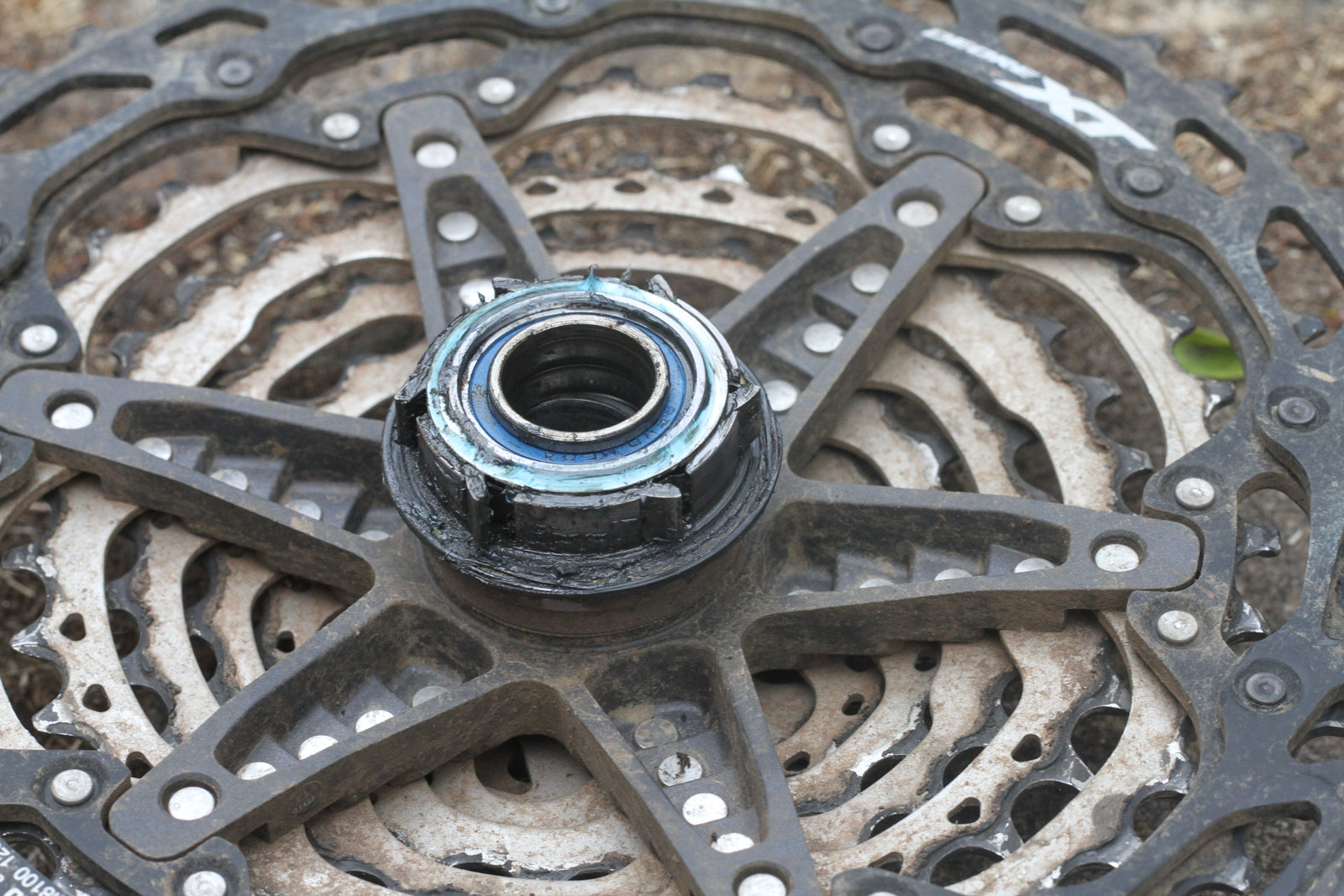 While the front wheel bearings are still pretty smooth, with no evidence of contaminants having sneaked past the end-cap seals, the same can’t be said for the rear hub. Pulling the freehub away from the main hub body, I noticed the labyrinth seal of the freehub body was folded over slightly in two places. Given this was the first time I had it disassembled, I can only assume the seal was folded during initial assembly at Hunt.

The folded seal had clearly allowed water and crud to enter the mechanism and access the 6903 wheel bearings inside. Indeed, the bearings were very rough and in need of replacement. We spoke to Hunt about this; they said that the speed of bearing wear was not consistent with their own testing. They actually used extra thick 17mm 7075-T6 axles on this wheelset for increased strength and stiffness, all in a bid to reduce flex in the hub and improve bearing life. They were grateful to receive feedback on the offending folded freehub seal. 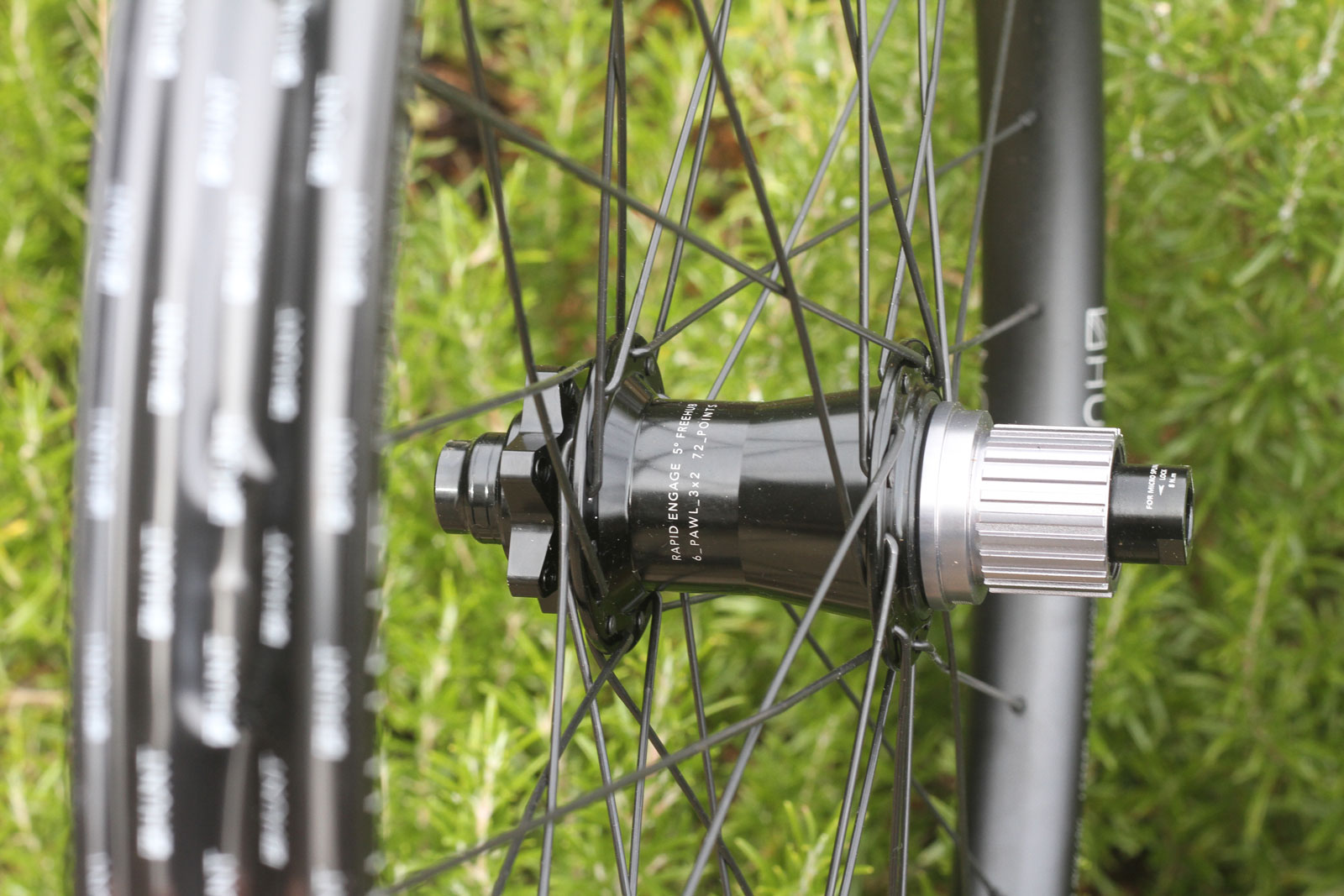 Can we recommend the Hunt Enduro Wide V2 Wheels?

Yes, but not without caveat. If you do go ahead and purchase the Enduro Wide V2 wheels, do take the time to inspect the freehub seal before hitting the dirt. We’d like to hope the folded seal issue isn’t a common mistake in assembly, but it’s worth checking as it could give you a lot more life out of that first set of bearings. Otherwise, no qualms! Yes, the rims suffered minor damage, but that’s the beauty of an aluminum wheelset – what might’ve been catastrophic damage to a carbon rim is merely a minor dent. Under me, this wheelset has many, many more miles to come.

The Hunt Enduro Wide V2 Wheelset is available in 29″ and 27.5″ (Boost and 6-Bolt only), with the choice of Shimano Microspline, SRAM XD and Shimano HG freehub, all retailing at £379.99 – £10 cheaper than Nukeproof’s offering. You can also purchase the wheels individually; £199 for the front wheel, £259 for the rear.

The wheels are shipped with 4 spare spokes, but if you need more they can be purchased at £1.39 a pop. If you’re wanting stiffer handling at the front end on a RockShox fork, Hunt also offer Torque End Caps at £9.99 a pair. Replacement freehubs start at £29.99. Replacement bearings for the hubs and freehub retail at £5.99 each.