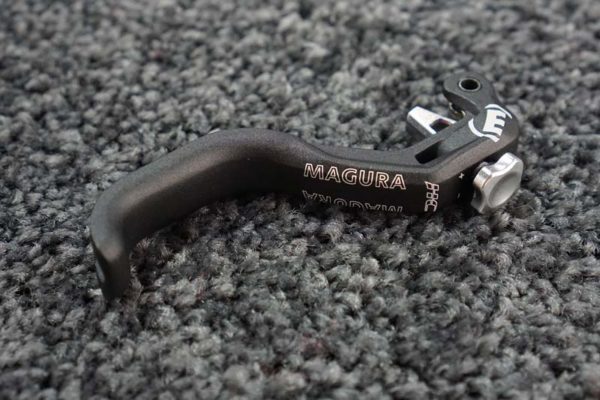 Magura’s major announcements usually come in the summer at their own press event in Sedona, Arizona, so the trade shows seem to be reserved for small announcements, tweaks and updates. At Eurobike, we heard rumor the Boltron e-bike fork could possibly end up in their enduro mountain bike suspension lineup with minimal tweaks. At Interbike, we saw a few updates to their brakes.

Above is a new one-finger brake lever designed in conjunction with Danny MacAskill. The back edges are rounded and smoothed, so there’s no sharp points that could dig into your fingers. It’s an upgrade part for any of their brakes that’ll run about $50 per side. 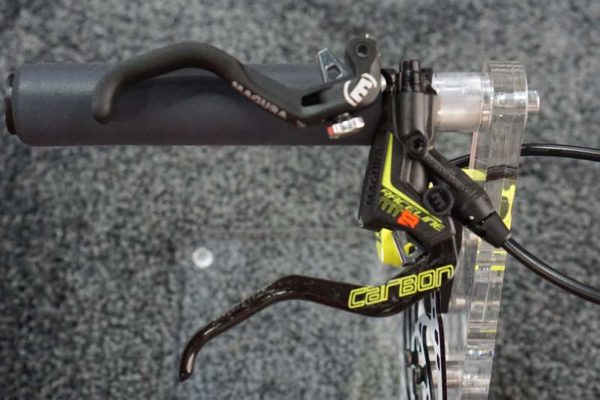 Shown above, the shape is quite a bit different than the standard two-finger levers that come on their MT-series brakes. 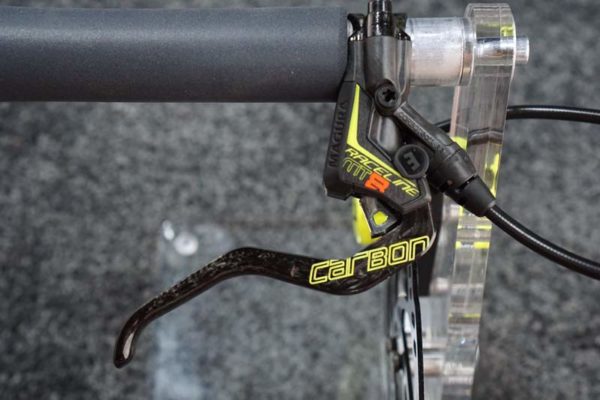 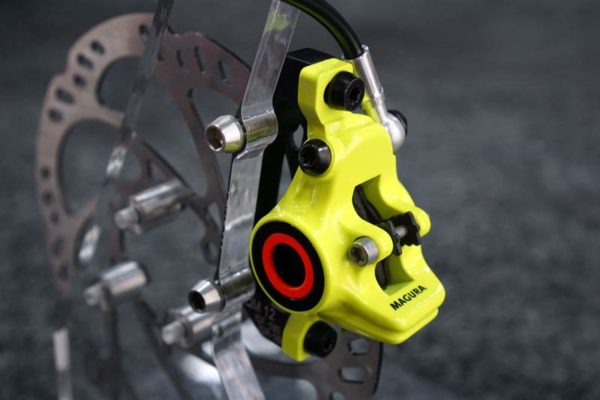 The MT8 gets their Raceline fluorescent yellow treatment. Functionally it’s the same as the regular MT8 (which received a major update in 2014).

Probably will come as standard in the next generation too.