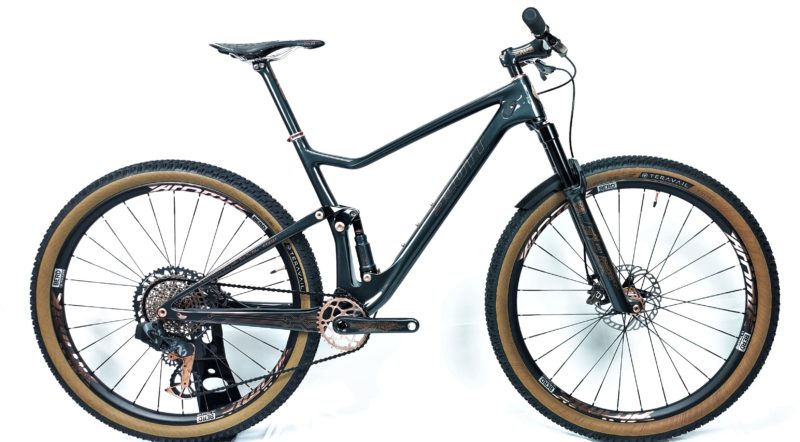 It’s been a while since we’ve featured one of Julian DaSilva’s custom builds on this site. But that doesn’t mean he hasn’t been busy. On the contrary, Julian embarked on one of his most ambitious custom builds just after moving to Texas in 2021. Just building a bike, any bike, is an impressive feat recently due to constant product shortages and delays, but Julian knocked it out of the park with what he calls the Scott Spark “Copper Ore” Edition. 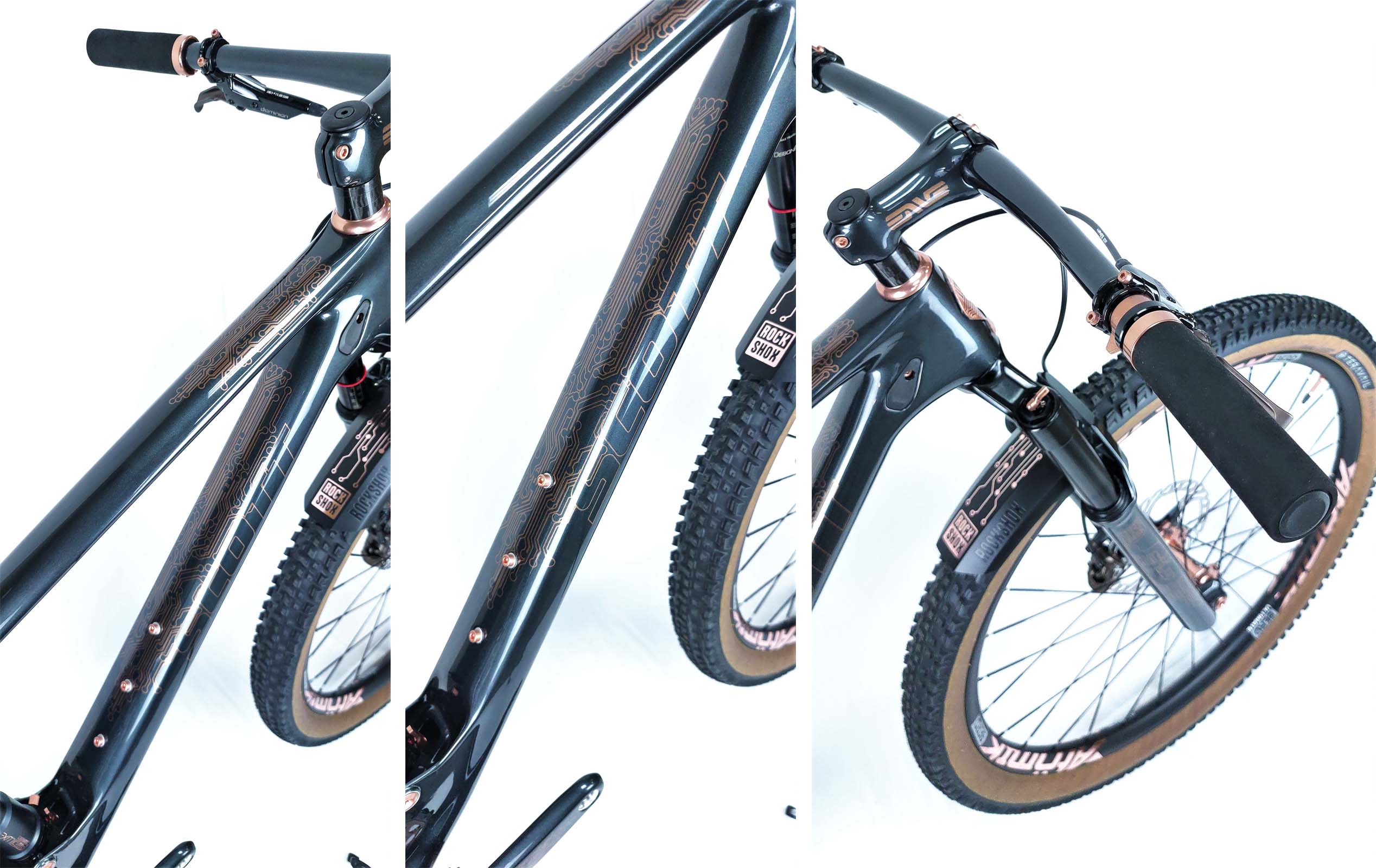 When you look closely at the build, you can see where the inspiration for the name came from. Julian tells us, “The goal of the bike was to be super custom but still have that factory look. I always wanted to have a custom-painted bike and I’m glad it was this one. My father passed away the week Black Magic Paint was painting the bike, so they were able to add a tribute to him before finishing.” 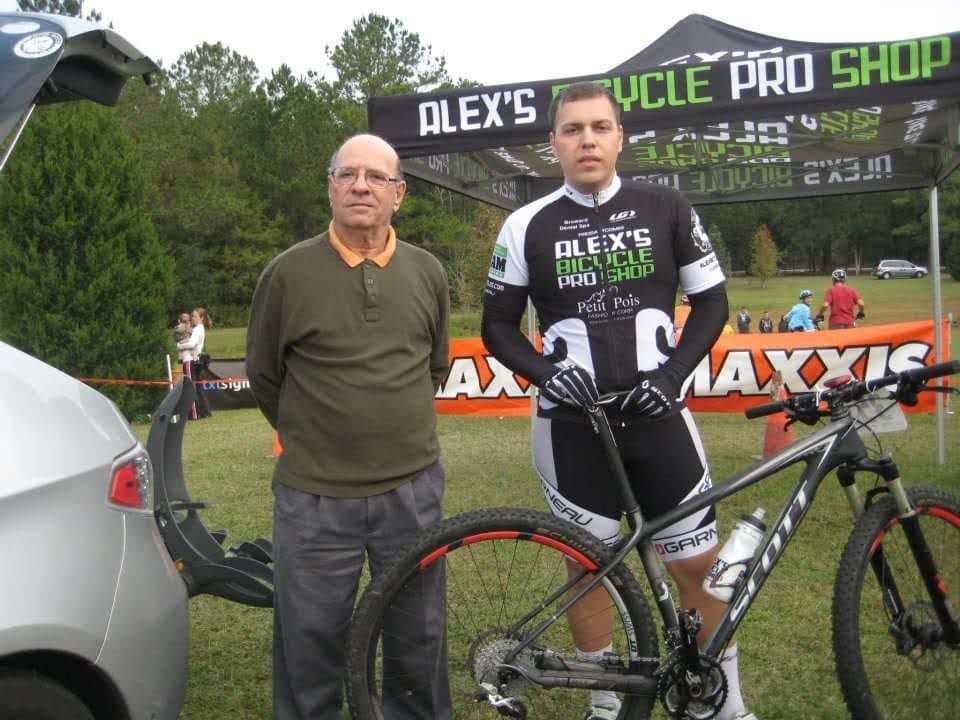 Julian and his late father 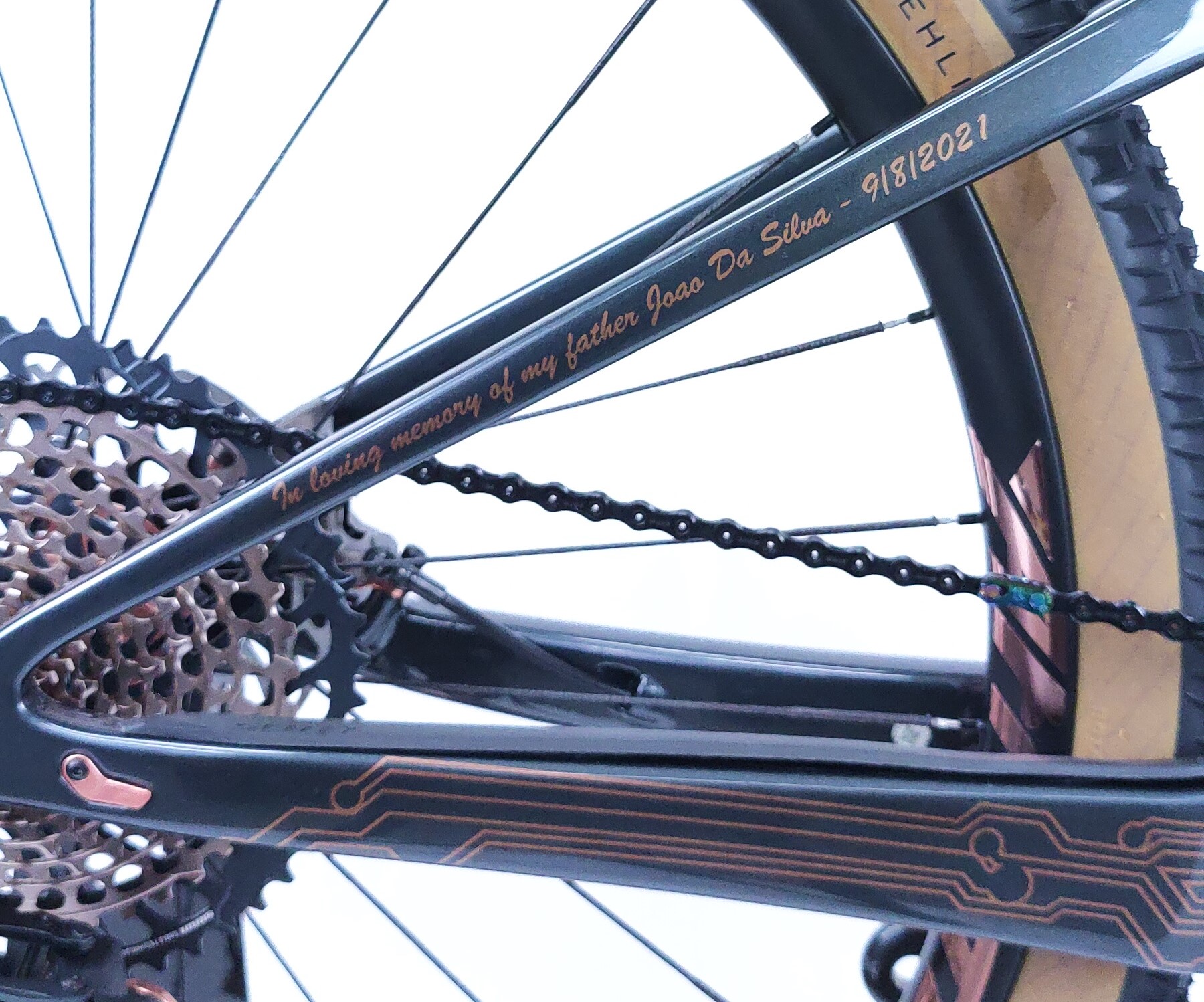 Julian asked us to post this bike today on what would have been his dad’s birthday as a fitting tribute. 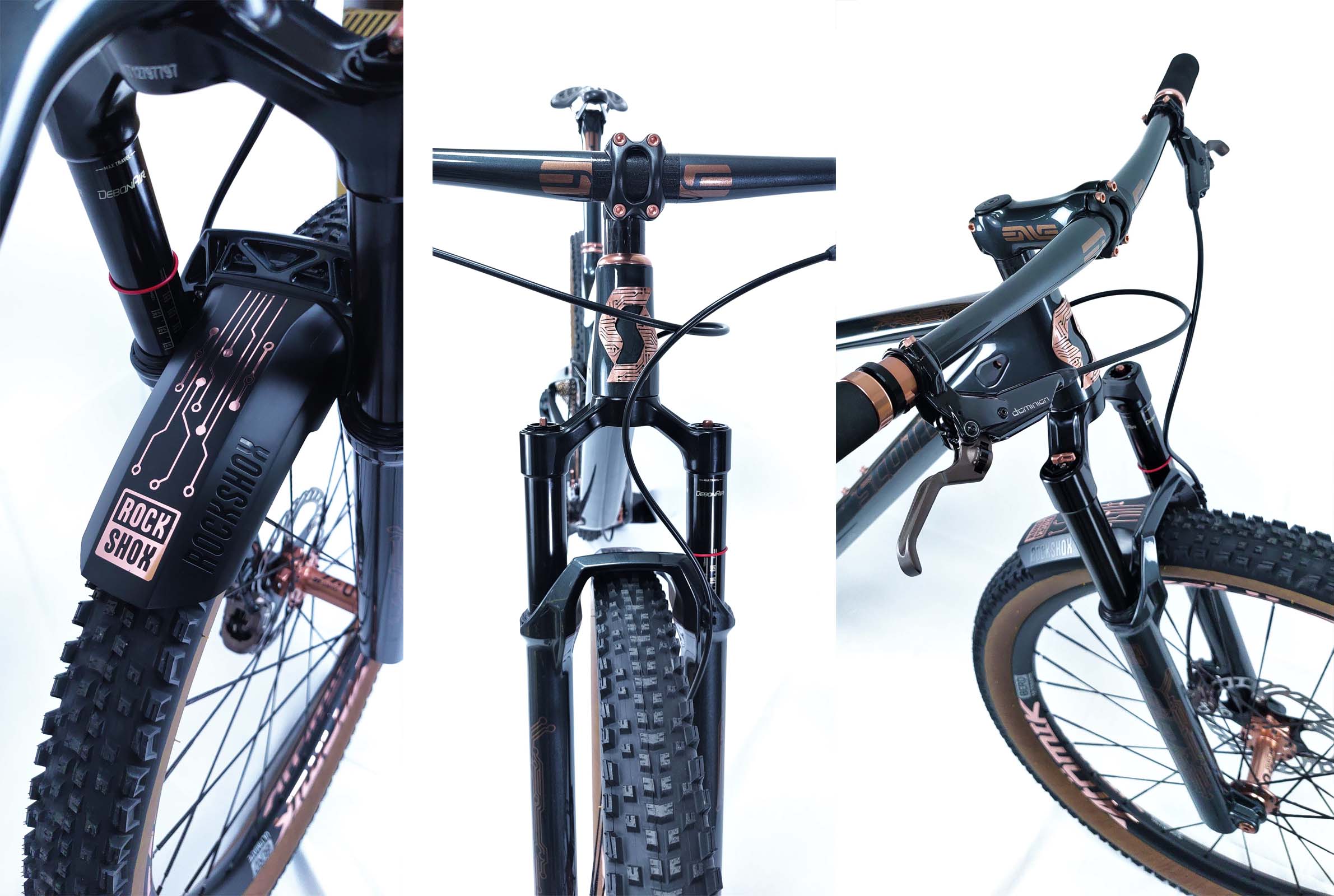 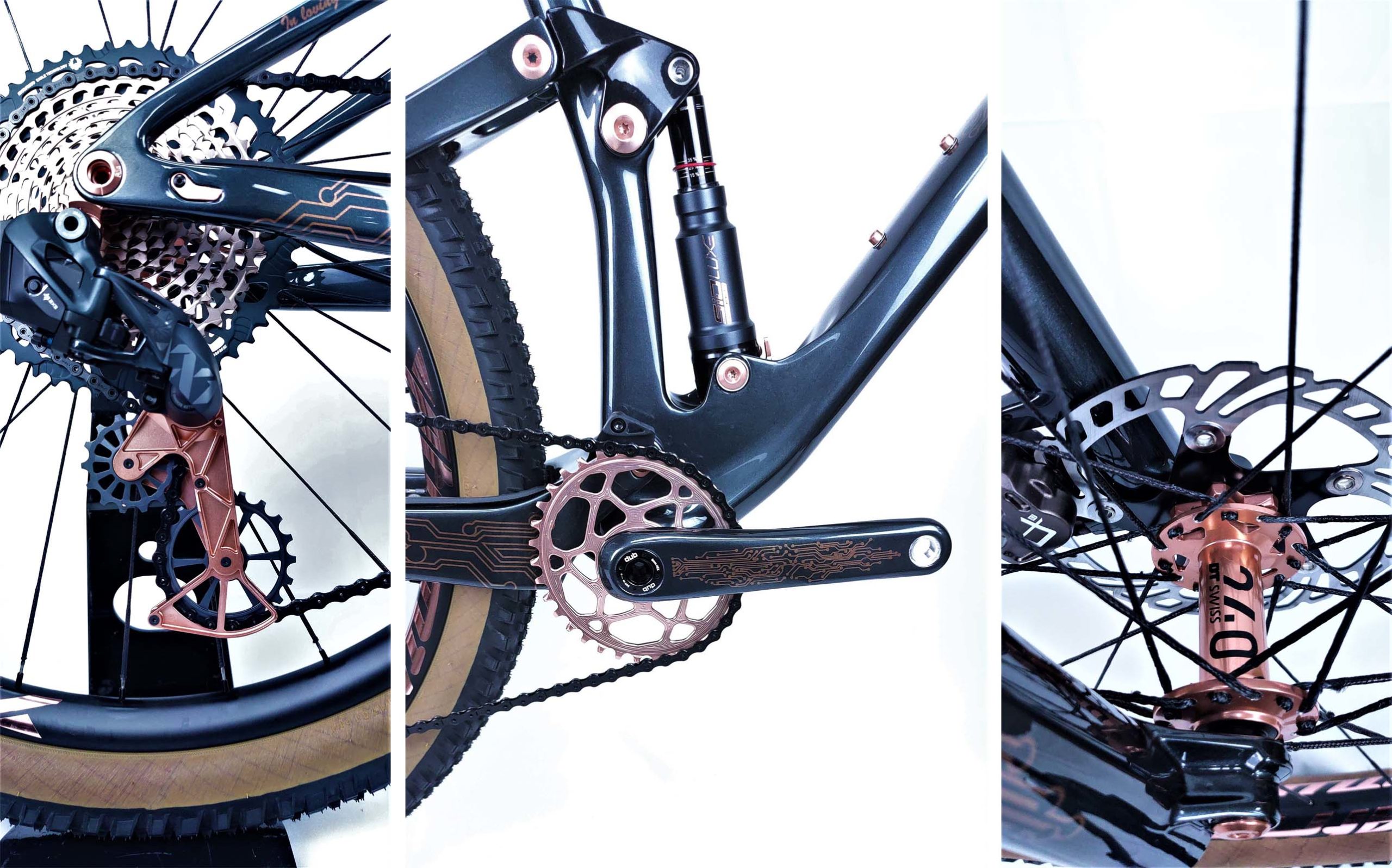 Everywhere you look the bike is dripping with custom copper anodizing and painted circuits. Julian even custom-made the headbadge himself. 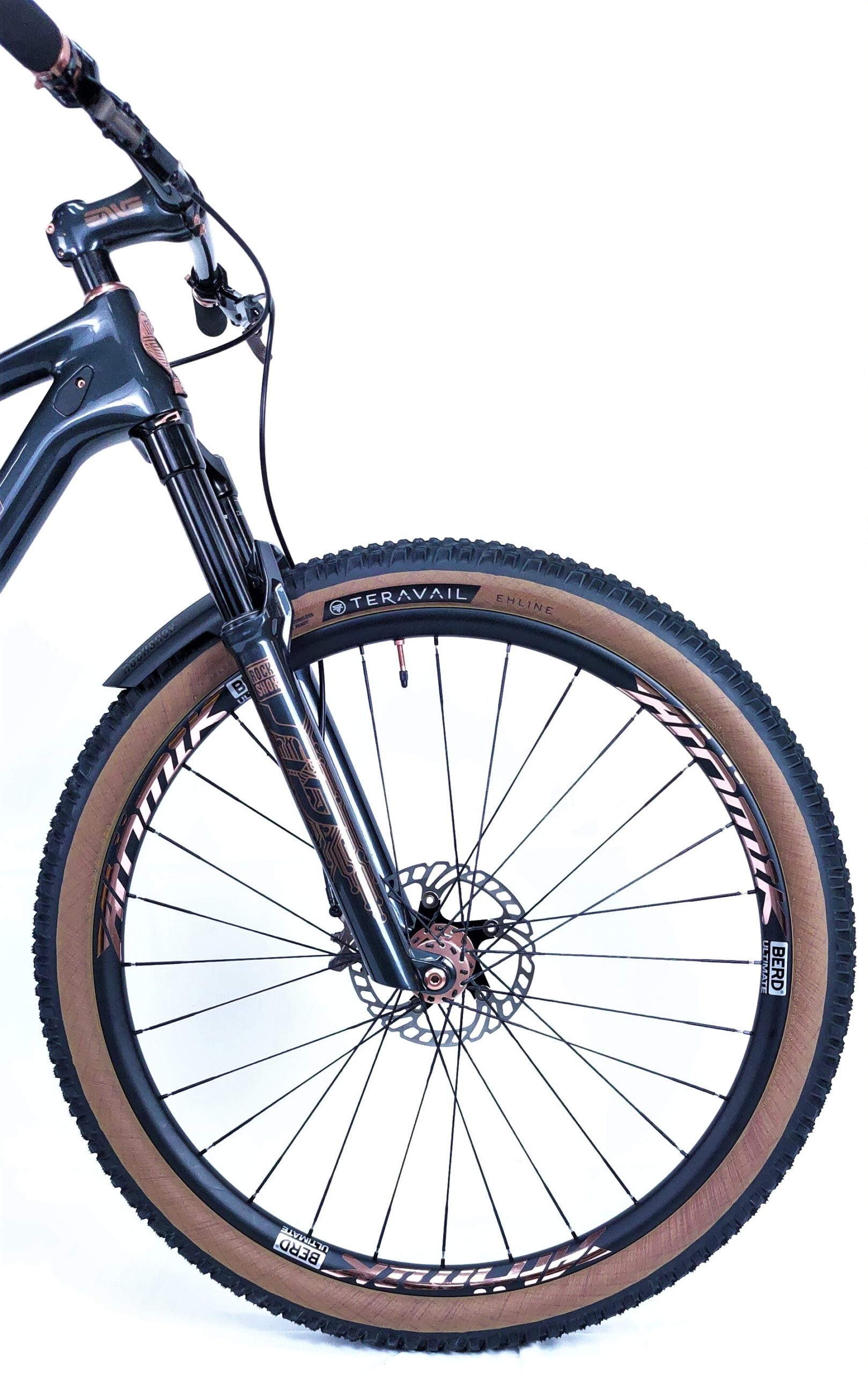 Copper decals and anodized hubs take the Atomik Berd Ultimate wheels to the next level. 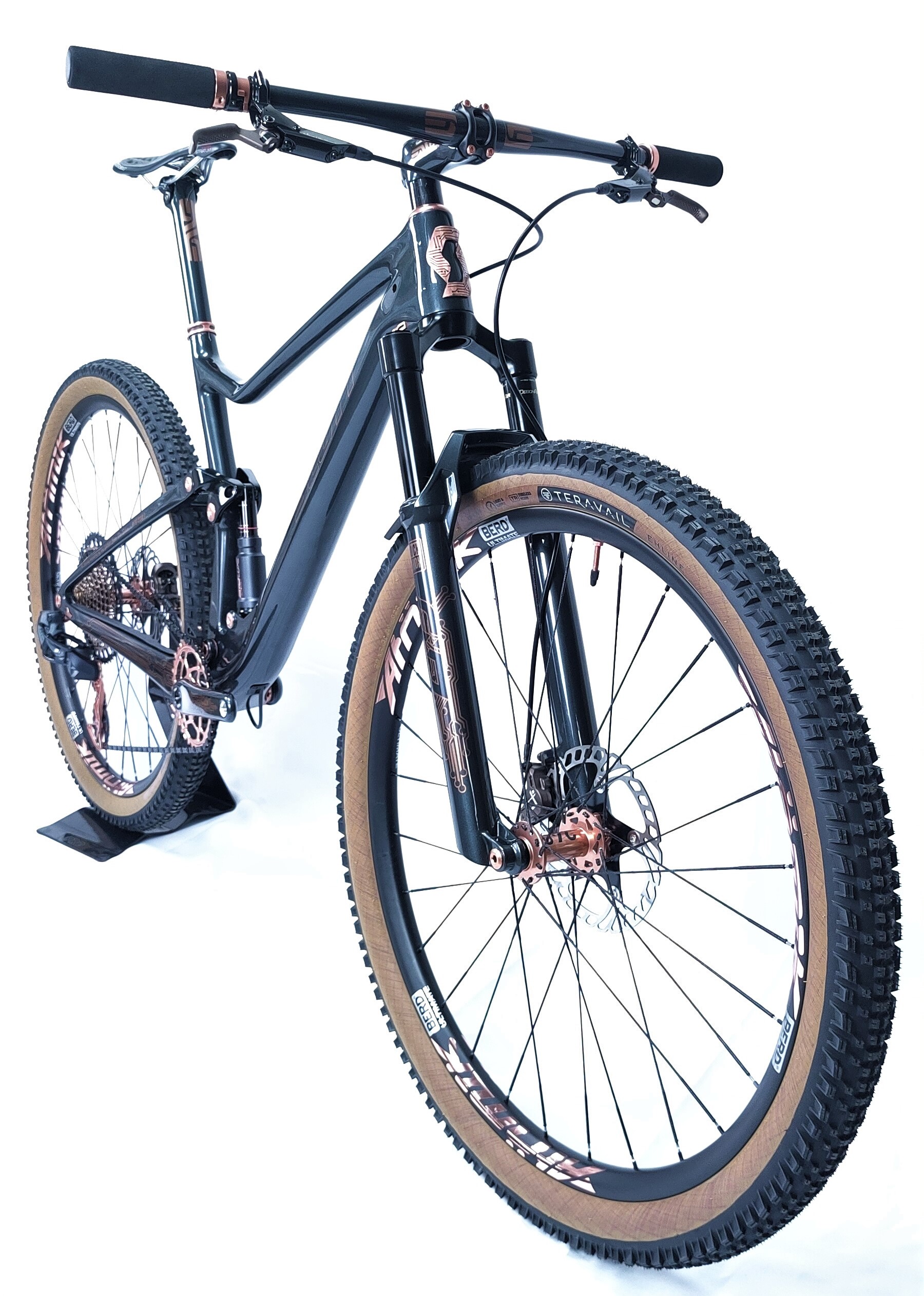 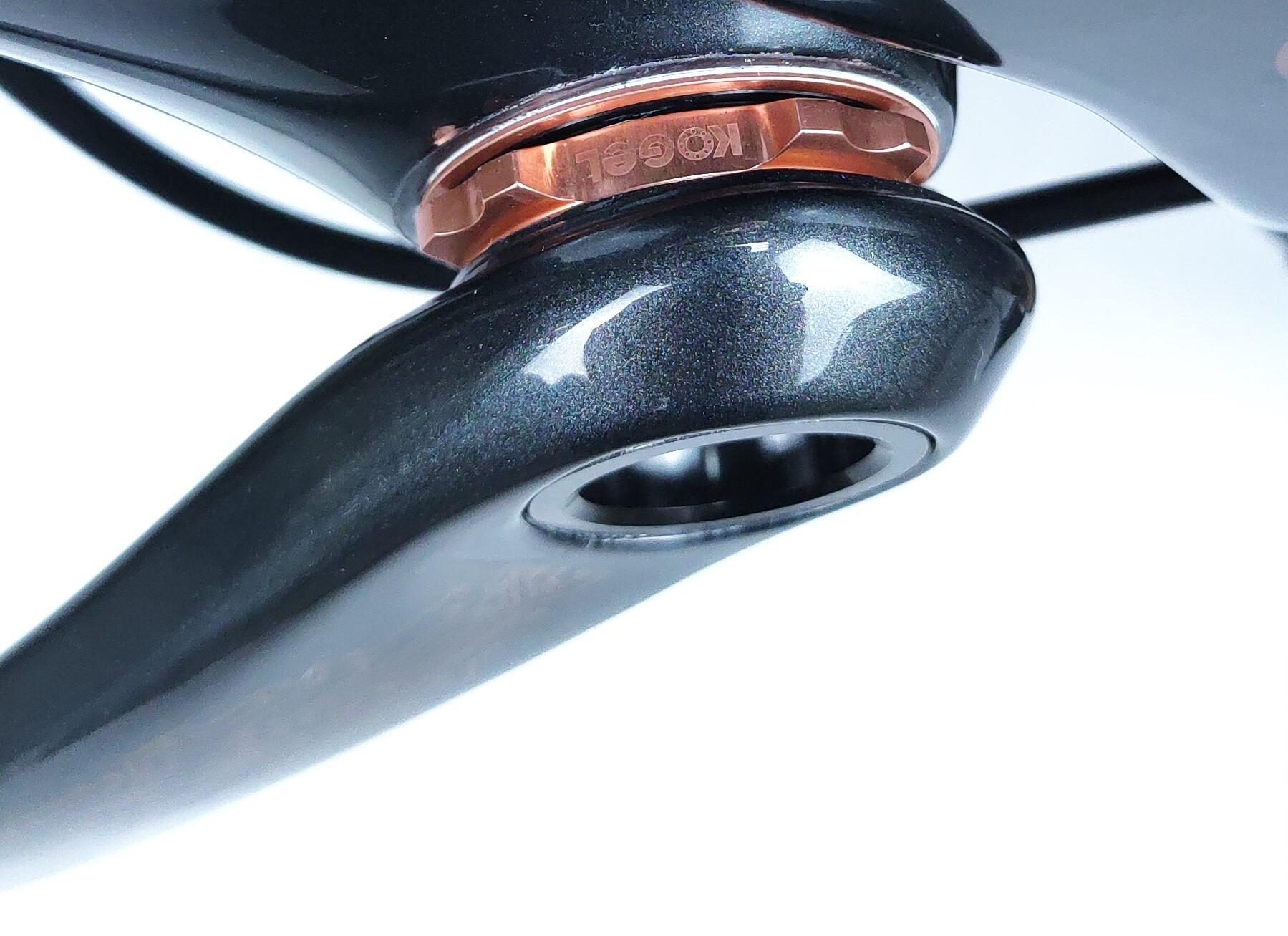 Thank You Julian for allowing us to be part of this build and to pay tribute to your late Father…Crew from Atomik Carbon.

I guess it’s marketing for Scott but I just find this type of build frustrating when you can’t get one to ride. This is pretty much a showroom bike that won’t get used.

not a lot of messy cables for a Scott bike