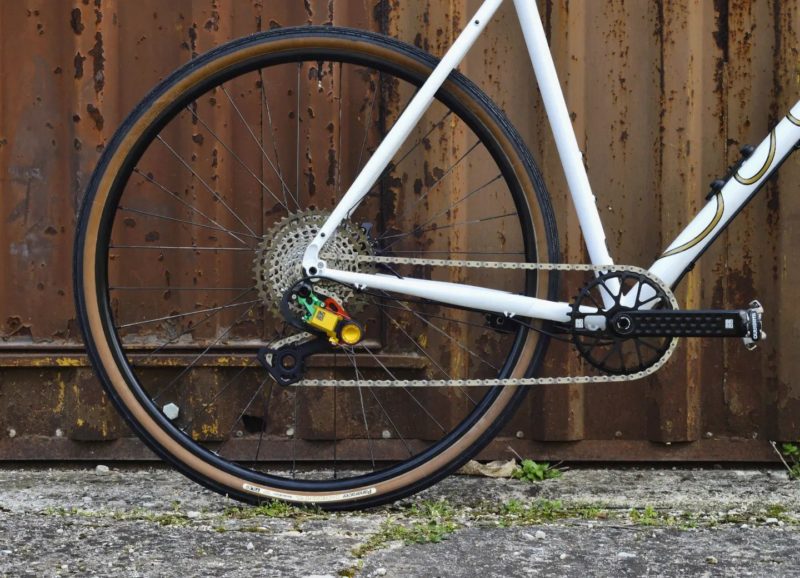 A nod to the NOS Paul Components “Rasta” rear derailleur of the 90s, Ingrid Components debuts its updated take, the RD1 Le Rasta. A mechanically advanced and Rastafari-influenced part.

The first look at Ingrid’s new Le Rasta’s green, gold, red, and black colorway brings back all the feels of its ultra-popular ’90s predecessor. That unit, the NOS Paul Components Powerglide, is an iconic derailleur many riders still lust after (and PAUL still offers other Rasta editions). 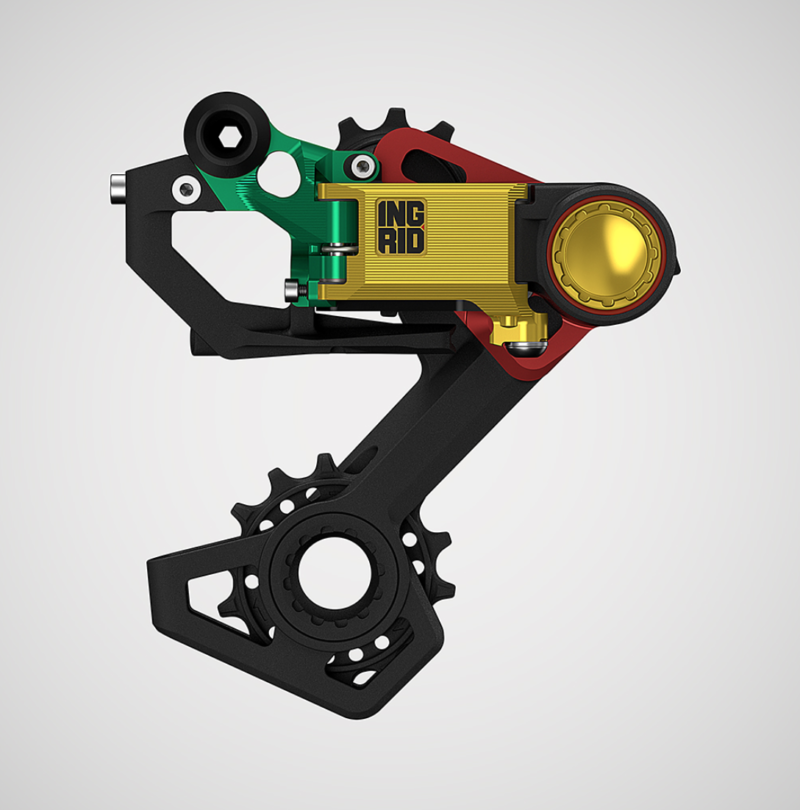 So what’s up with Ingrid’s new model? The Italian manufacturer has been busy making its Rasta rendition since 2017.

Ingrid spent half a decade workshopping the part, propelled by precision and focused on mechanics. Ultimately, it changed the design 10 times until it finally felt it was ready.

The goals were high. Ingrid wanted all parts to be replaceable. It also prioritized compatibility across modes: MTB, gravel, or even road racing.

It succeeded in both. All parts are replaceable, even down to the bushings. And you can throw it on virtually any bike — thanks as well to its single chainring functionality (11-speed or 12-speed).

Hit me with Le Rasta now

If you want one of the 4/20-friendly rear derailleurs with legendary roots, you’ll want to act fast. The RD1 Le Rasta is a highly limited edition with only 81 numbered pieces up for grabs.

Here for a good time, not a long time, you might say. Buy the ticket and take the so-called ride for $797 MSRP.

So, with only 81 available, what’s the likelihood that there will actually be replacement parts? Seems like another solution in search of a problem. The Paul derailleur in the 90s came out of a cultural context of trying to build a bike with all American made components. The results were slow to hit the market, expensive, and offered sub-par performance when compared to the offerings at the time. Yes, they looked really cool but from my recollection, they did not function nearly as well as the big “S” company’s offerings.

With only 81 available, and at almost 800 dollar, what’s the likelihood that one of these will actually be getting any real world usage? Most will end up on show bikes or on a display shelf.
And, even if any of them do wear out or break, there will be replacement parts because this is just a different version of their regular RD-1 derailleur.
I just enjoy it as a nice, frivolous, way overpriced novelty for enthousiasts to drool over (and for 81 rich people to brag about, but you have to take the bad with the good).

+1. Since there will be so few made in a previously popular colorway they will likely just be kept on shelves for display. Think of it as $800 bike art.

Well, they have the skills to raise derailleurs to high art, but apparently couldn’t figure out how to build a sealed version with a fully enclosed mechanism, not vulnerable to mud or road grit. Wouldn’t need all those replaceable parts if it lasted a long, long time under all conditions.