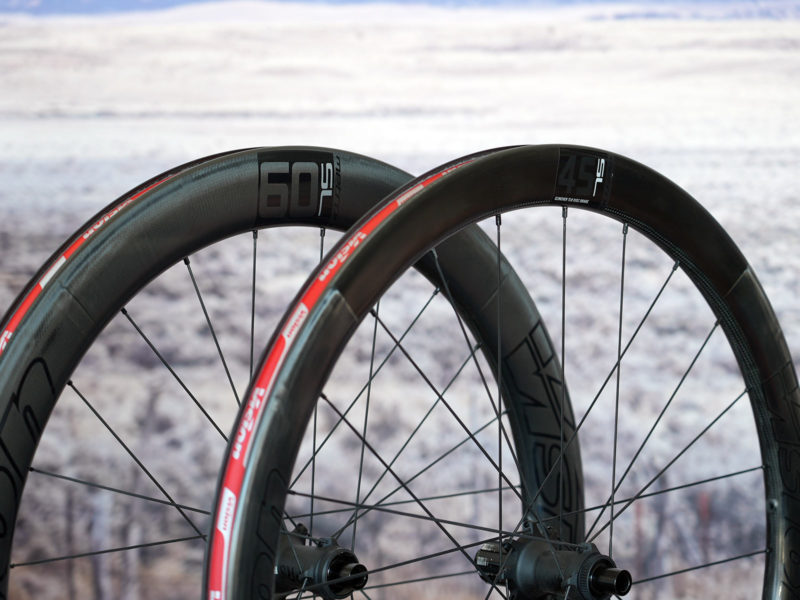 The new FSA Metron 45 and 60 SL wheelsets get updated aerodynamic rim profiles optimized for 28mm tires, plus new PRS helical ratchet hubs that are not only lighter, but way faster to engage. But that’s not the only benefit to the new design…

Coming in tubular and tubeless clincher options, we covered all of the options and specs when they debuted at the Tour de France this summer. Check that post for rim profiles and all of the options. Here, we’re taking a closer look at the new hubs with a couple of fresh videos from FSA and our own cutaway photos…

Both the 45 SL (45mm deep) and 60 SL (60mm deep) do more than just go wider (21mm internal, up from 19mm), they’re both 5mm deeper than the wheels they’re replacing. The new shape and depth give them small drag savings with both 25mm and 28mm tires, ranging from 4.2W up to 5.5W depending on the pairing. They’re also a lot more stable in crosswinds. 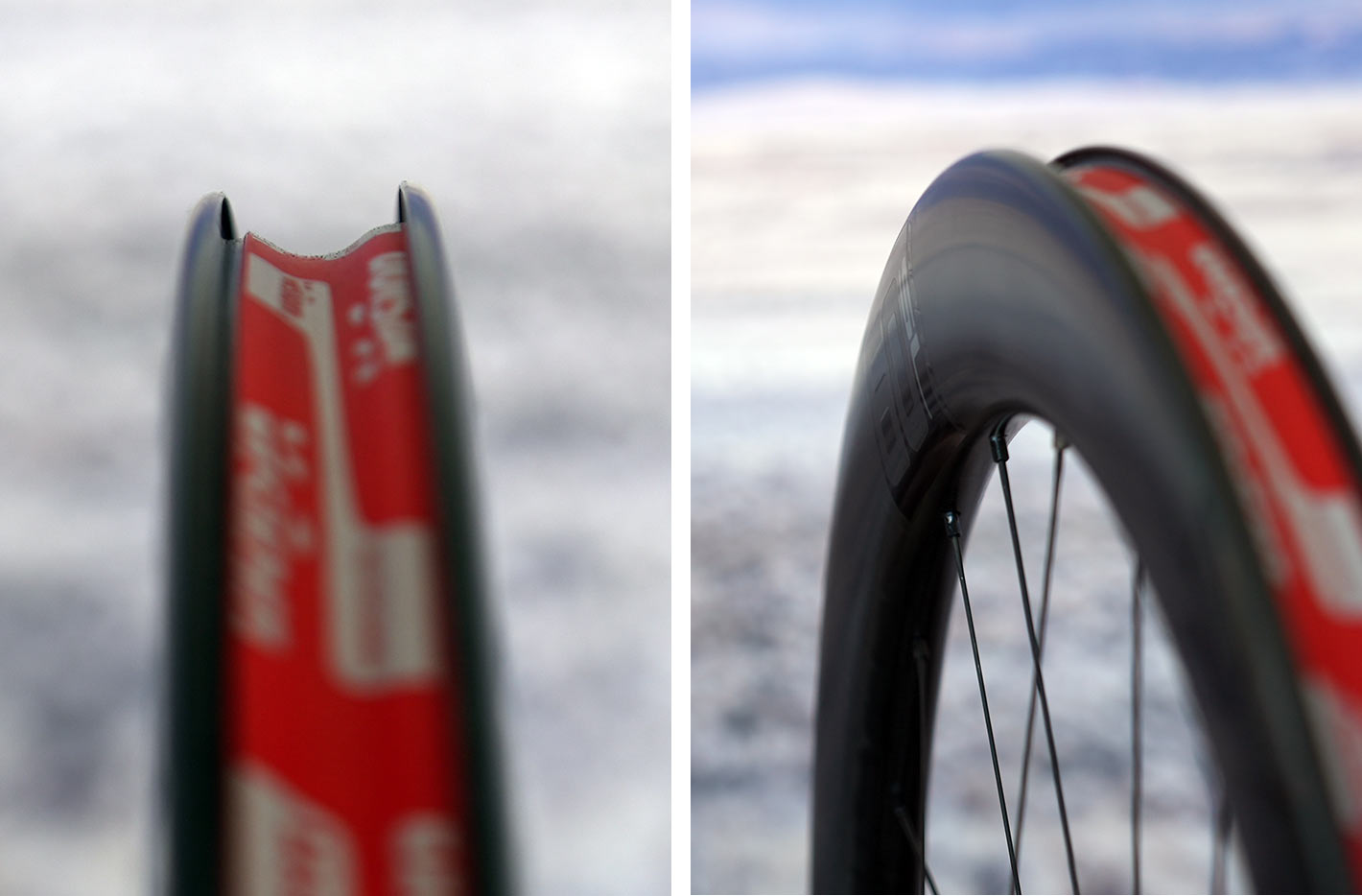 Despite the deeper profiles, the rims get a lighter layup, with reinforcements at the spoke holes. It’s not just the layup itself, but FSA says they’re hand laying them with a more refined process to create a lighter overall rim that’s still World Tour tough. 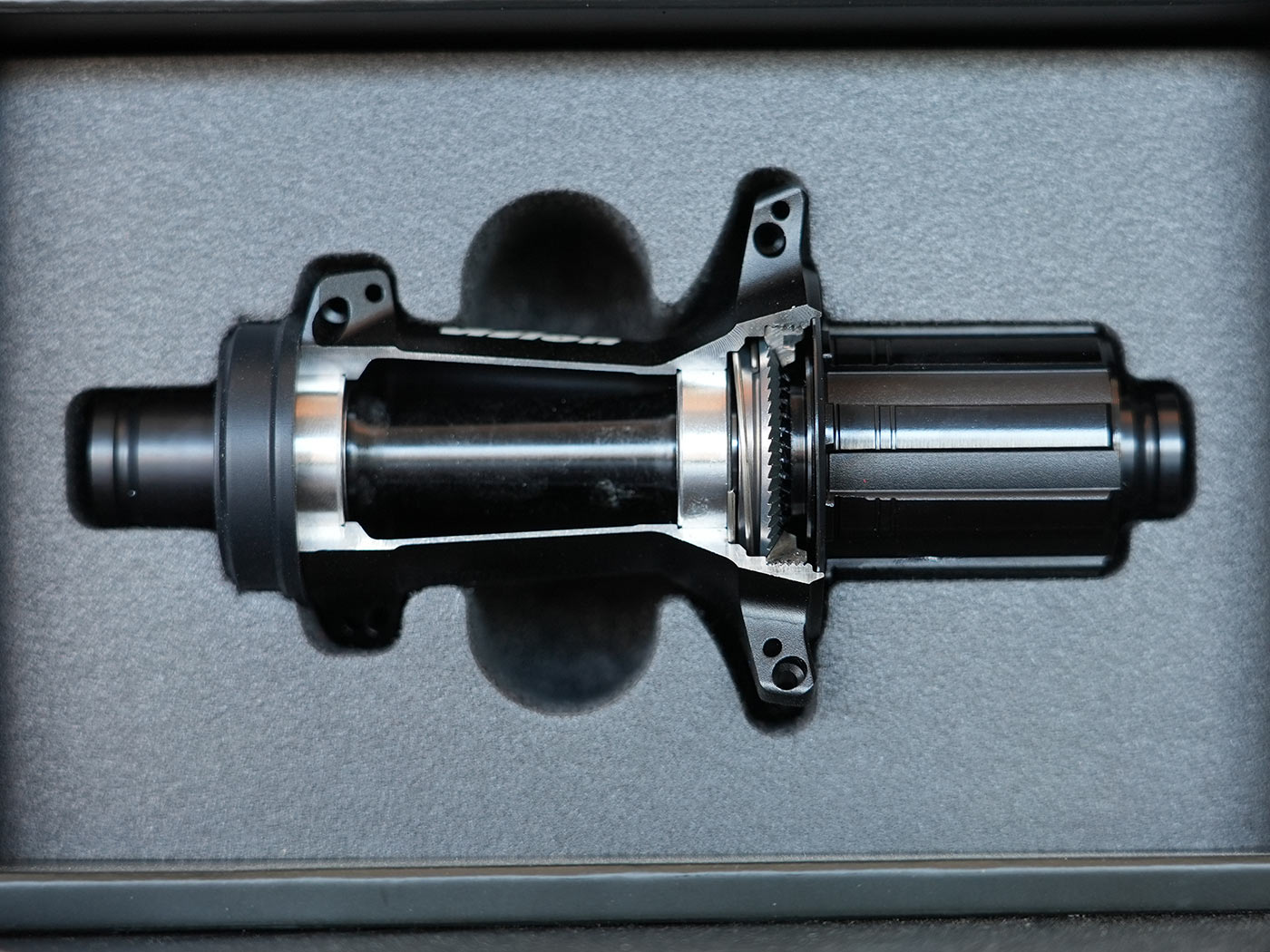 The prior hubs were called PRA, for Preload Reduction Assembly, which let you tweak the bearing preload without removing the wheels from your bike.

Now, the PRS, for Power Ratchet System, swaps pawls for toothed conical rings and a helical spline system that pulls them together when you start pedaling. Not only does it pull them together quickly, the design locks the teeth together more firmly the harder you pedal. 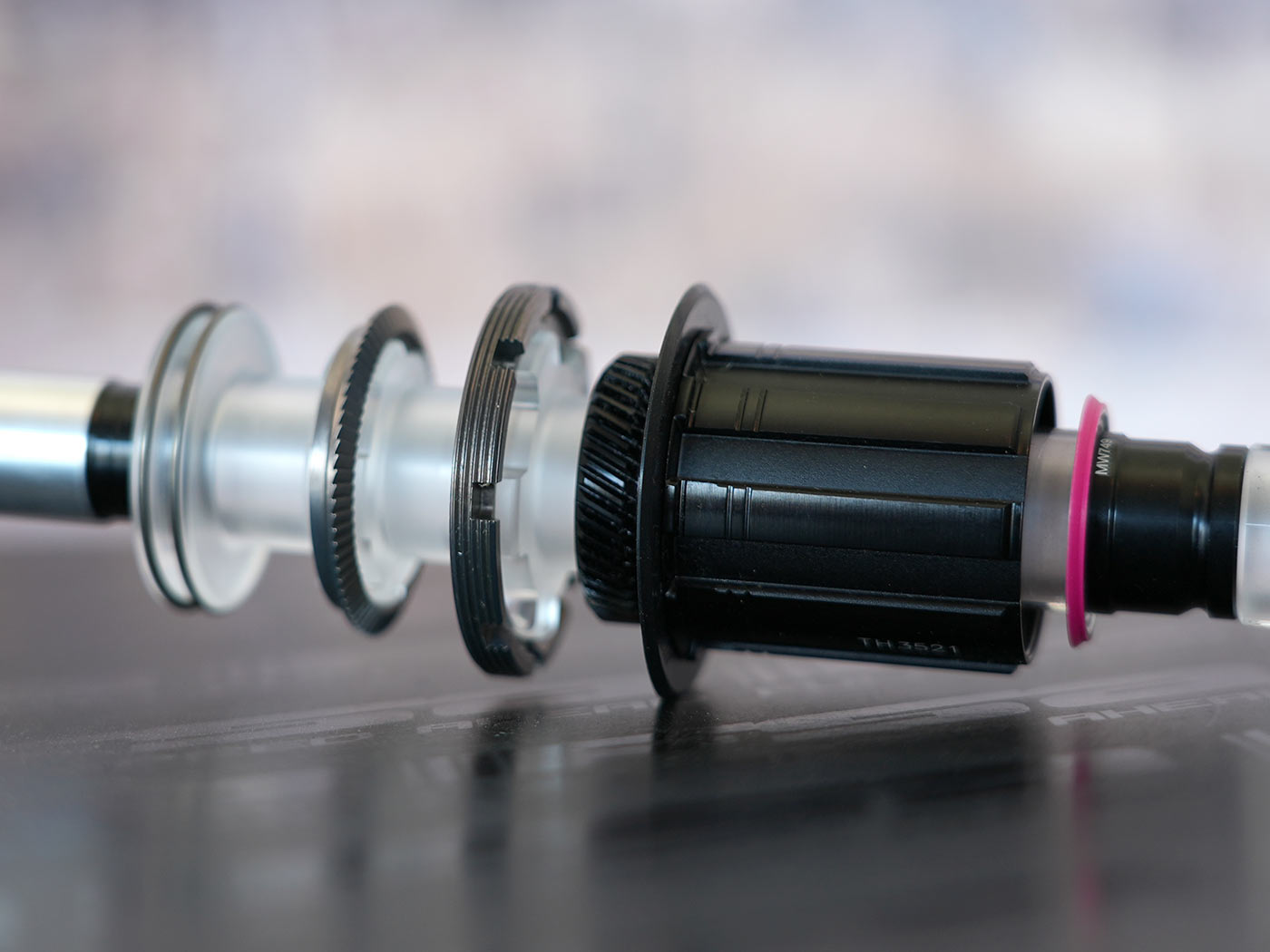 The benefit to the design is that you’re engaging a much broader patch of teeth under power than you would with just a few ratchets and pawls, so you’ll have better power transfer under high loads. And it should be much more durable, too. 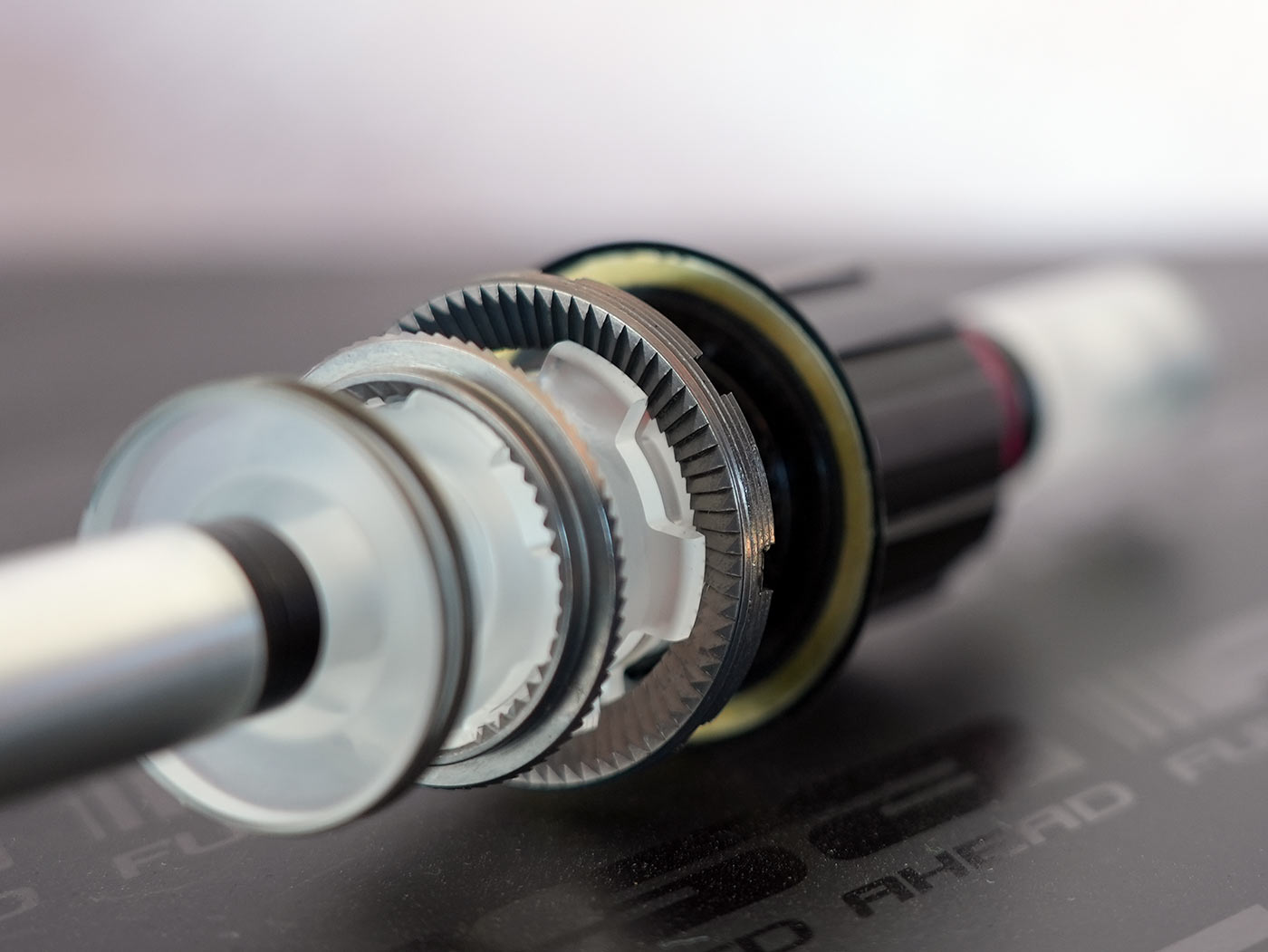 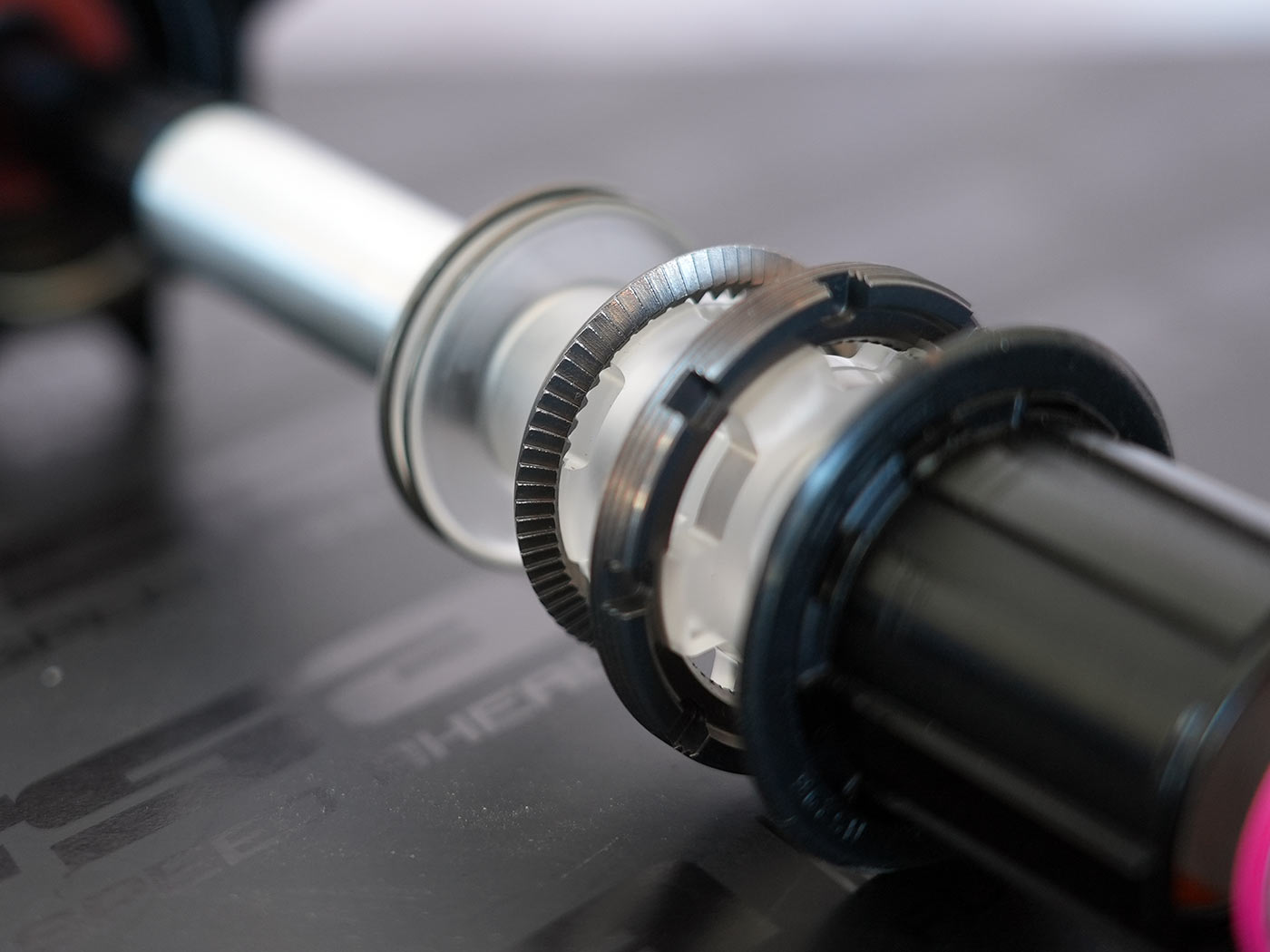 There are 72 teeth on each ring, and they say that’s good for 5º of rotation until engagement, which is 24% faster than the ratchet-and-pawl of their prior hubs, and a bit faster than a DT Swiss 54T ratchet ring. 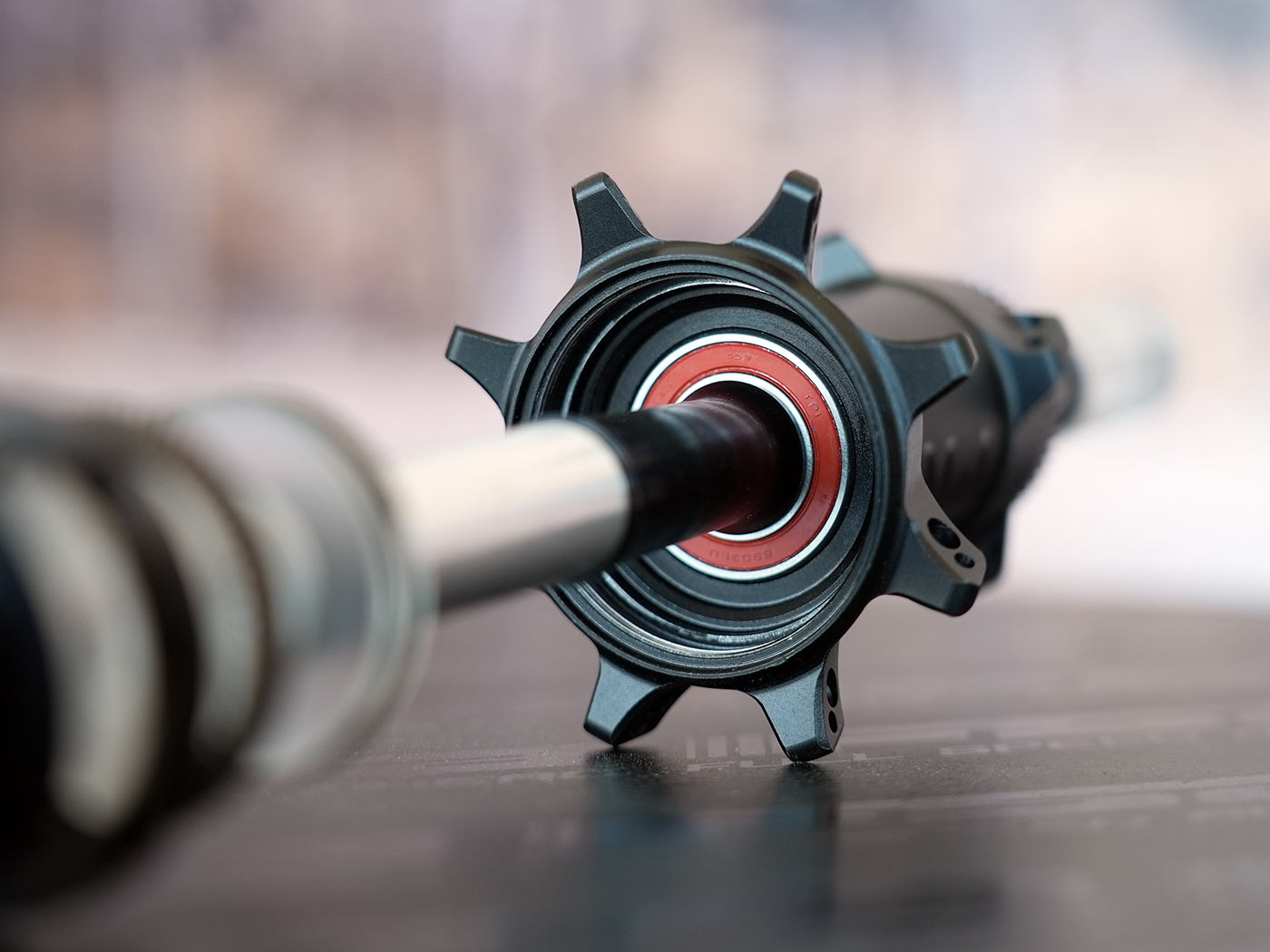 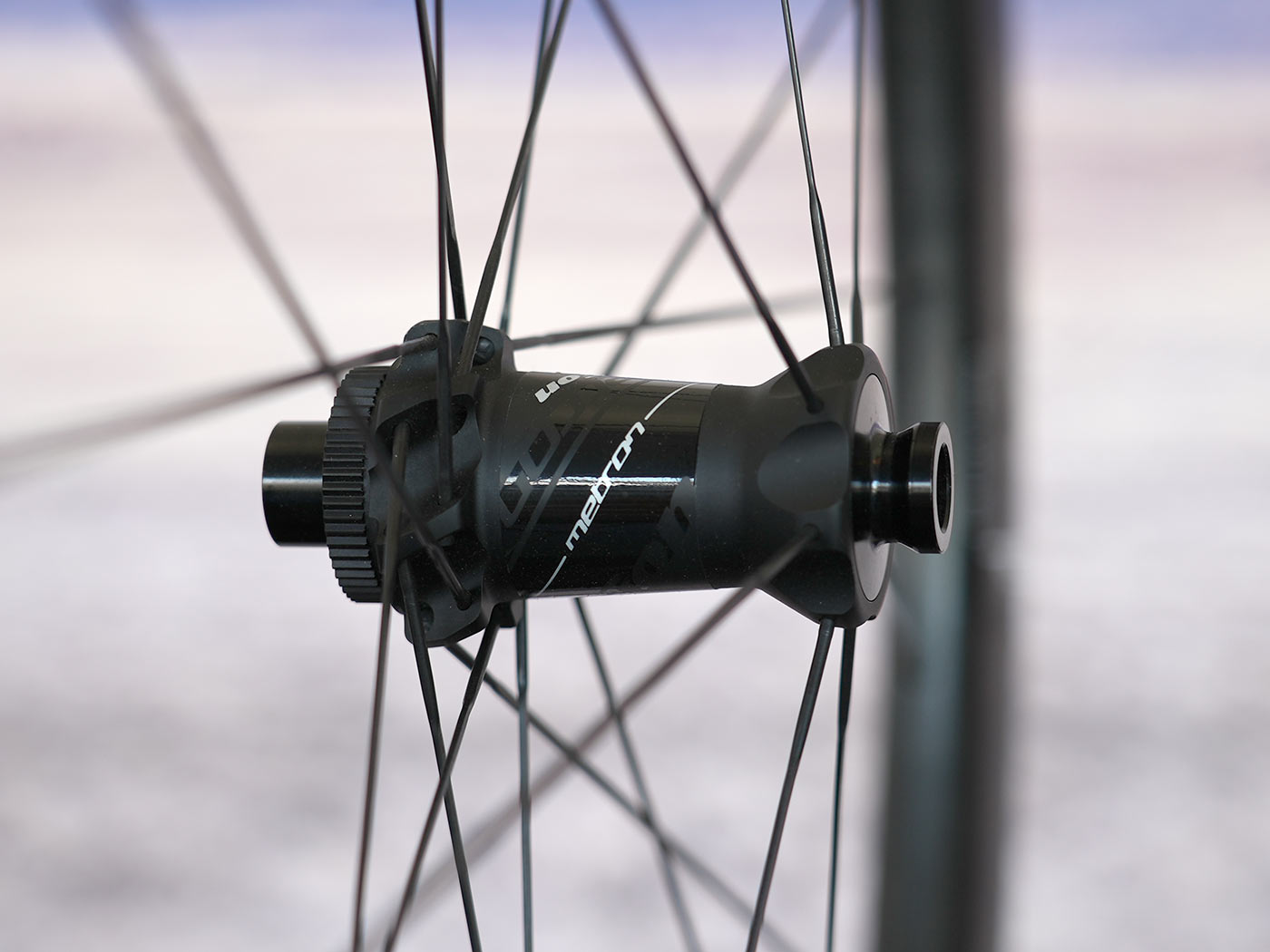 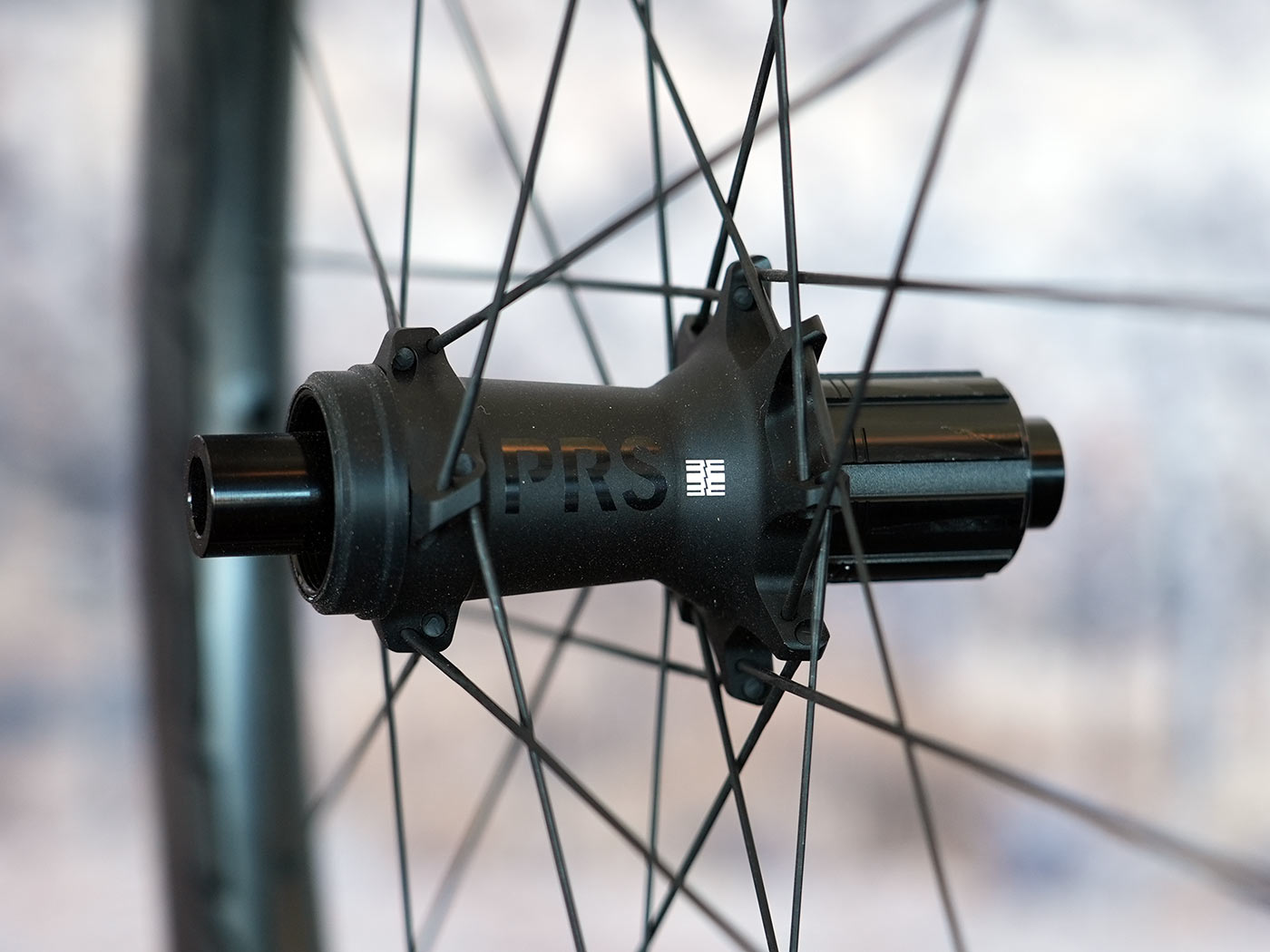 The hub shells get a matte black finish and mostly black graphics. 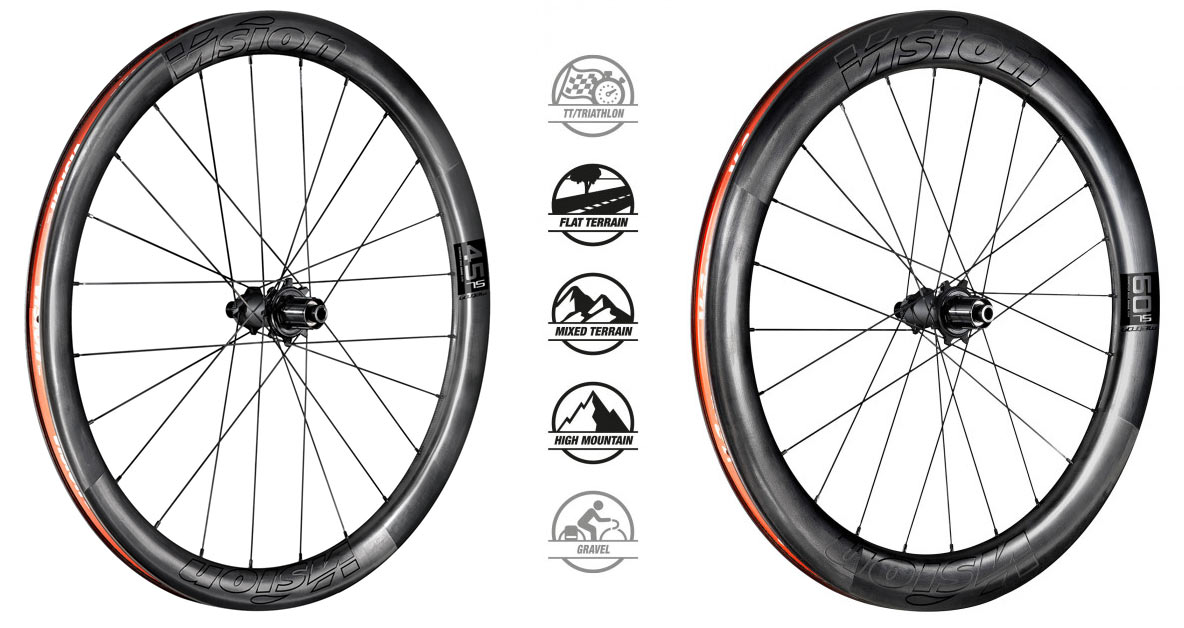 Both wheelsets share the new PRS hubs and spoke counts (21 front, 24 rear), with 2:1 straight pull bladed spokes all around. They come with standard and tubeless rim tape, tubeless valve stems, and a wheel bag. They also come with axle end caps for 9mm QR and 12mm thru axles, plus a 15mm front thru axle set. Choose from Shimano or SRAM XDR freehub bodies.

Somebody give Ron at FSA/TH a $$ raise for all the good that he comes up with!
Nice person, rip your legs off rider and all that is good in the cycling industry.