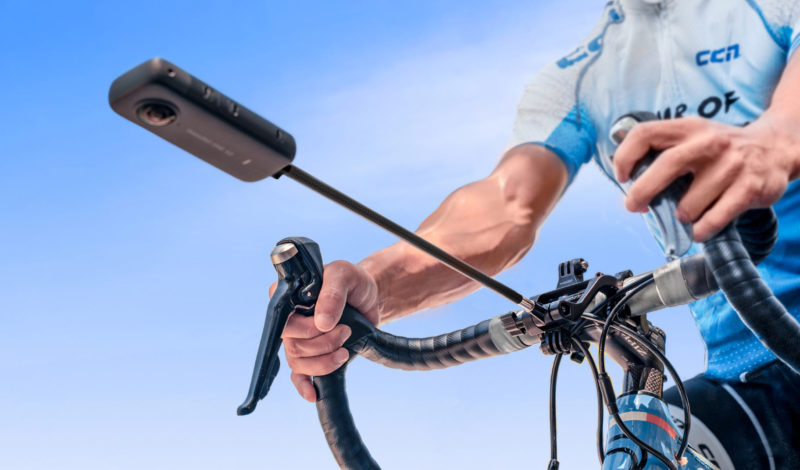 If you’ve ever seen 360º footage from a camera that appears to float out in front of the rider’s bike, it’s likely it came from the Insta360 ONE X2 camera with some sort of pole holding it. 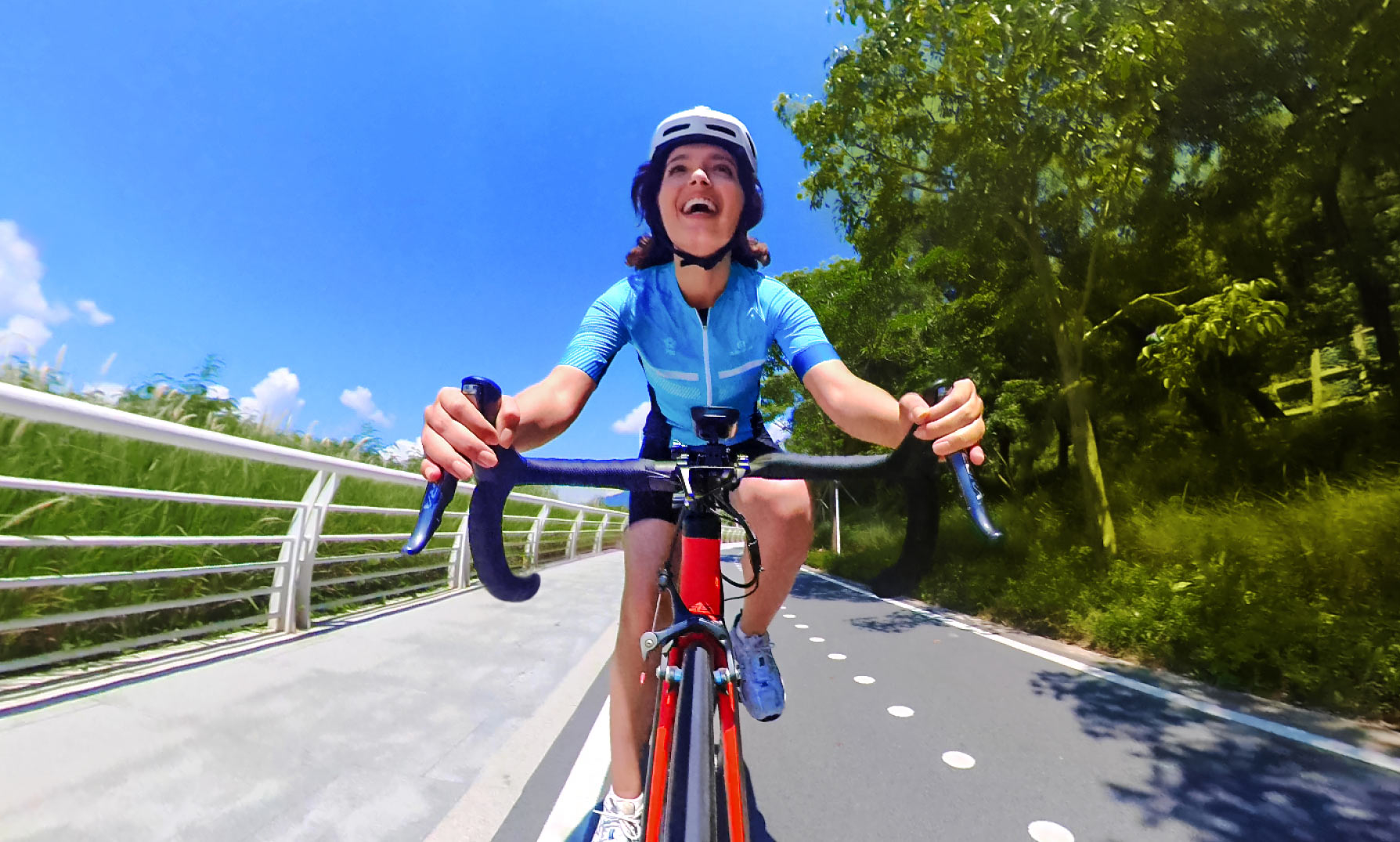 An example of the third-person view you’ll get with the camera mounted off the front of the bike.

Featuring dual two-prong accessory mounts, you can place GPS cycling computer mount on top, and a headlight (or another camera) underneath. The carbon boom disappears in footage while the camera captures everything else, in every direction.

Each lens captures 200º footage, then their app stitches it together, using the overlap to make the pole disappear. Within the app, you can aim the camera wherever you want, then export the video as a normal flat video showing what you want.

The alloy clamp works on round handlebars from 25-32mm in diameter, and it’s intended for road use only. They don’t recommend it for off-road riding, likely because the weight of the camera would create too much bounce for quality footage. 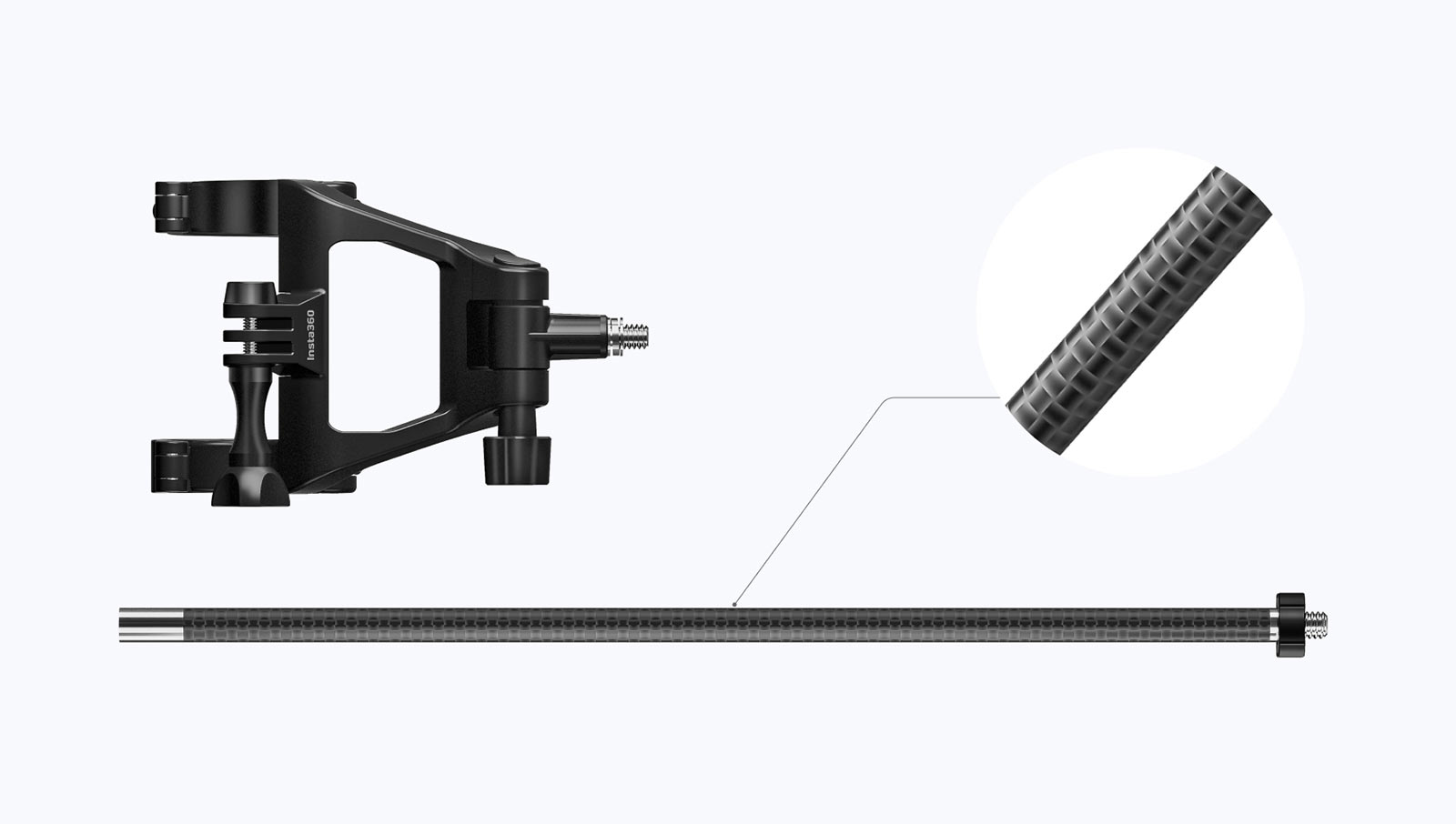 The pole threads off, letting you leave the base as a computer and light mount if you want. Or just use the quick release design to pull it off in seconds…and remount it just as fast. 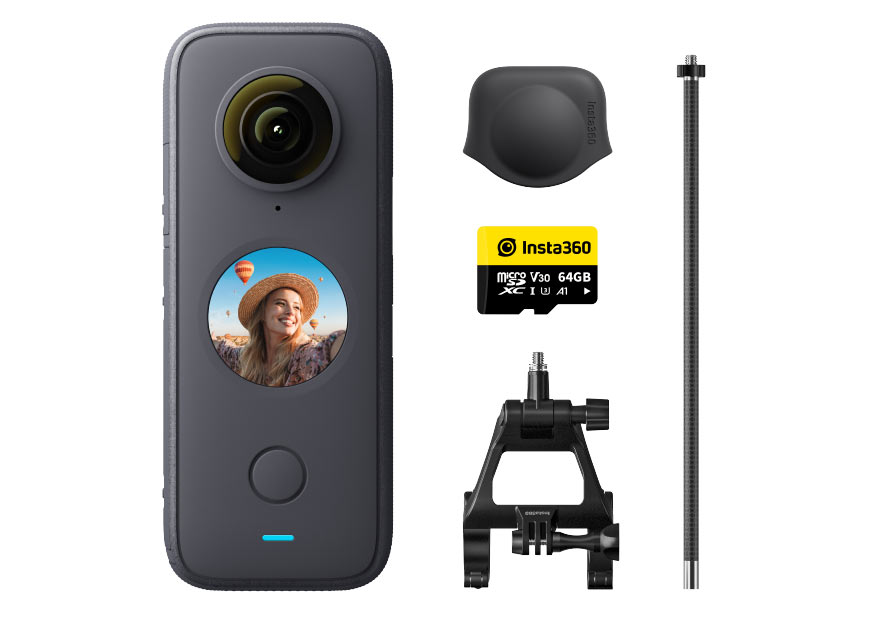 Got a bold idea for an action video? Check out Insta360’s Think Bold Fund and you could get cameras, gear, and even a film crew to make it happen.

The video above came from that program. Shot in June 2022, German MTB rider Elias Schwärzler smashed the Guinness World Record for the fastest ever standard bicycle towed by a motorbike, hitting a scary-as-hell top speed of 272km/h (169mph). With Insta360 ONE RS and ONE X2, he fully captured and shared all the full-throttle action as it happened. Check out their blog post about it for more details.

Can’t wait to read about the first person who is impaled in a crash by this.

Cheap way of getting a colonoscopy…

Is it April 1st again?