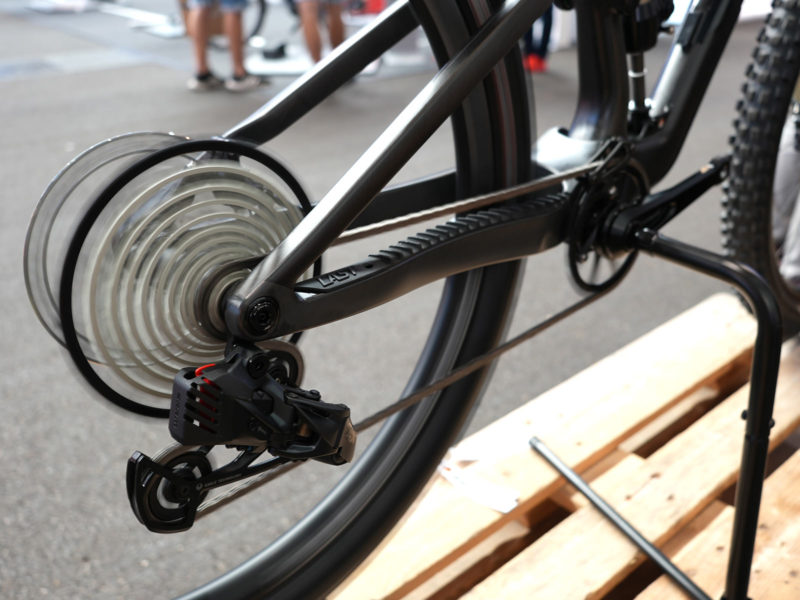 In addition to the prototype inverted “high pivot” suspension fork with a wildly angled, reverse offset they showed on ActoFive’s new bike, Intend had another great invention sitting inside Trickstuff’s booth. These prototype Rocksteady Magic cranks add a freewheel to the chainring mount, letting the gears keep spinning while the cranks stay still.

The idea is to keep the drivetrain moving while the bike is moving, even if you’re not pedaling, so that you can shift at any time. 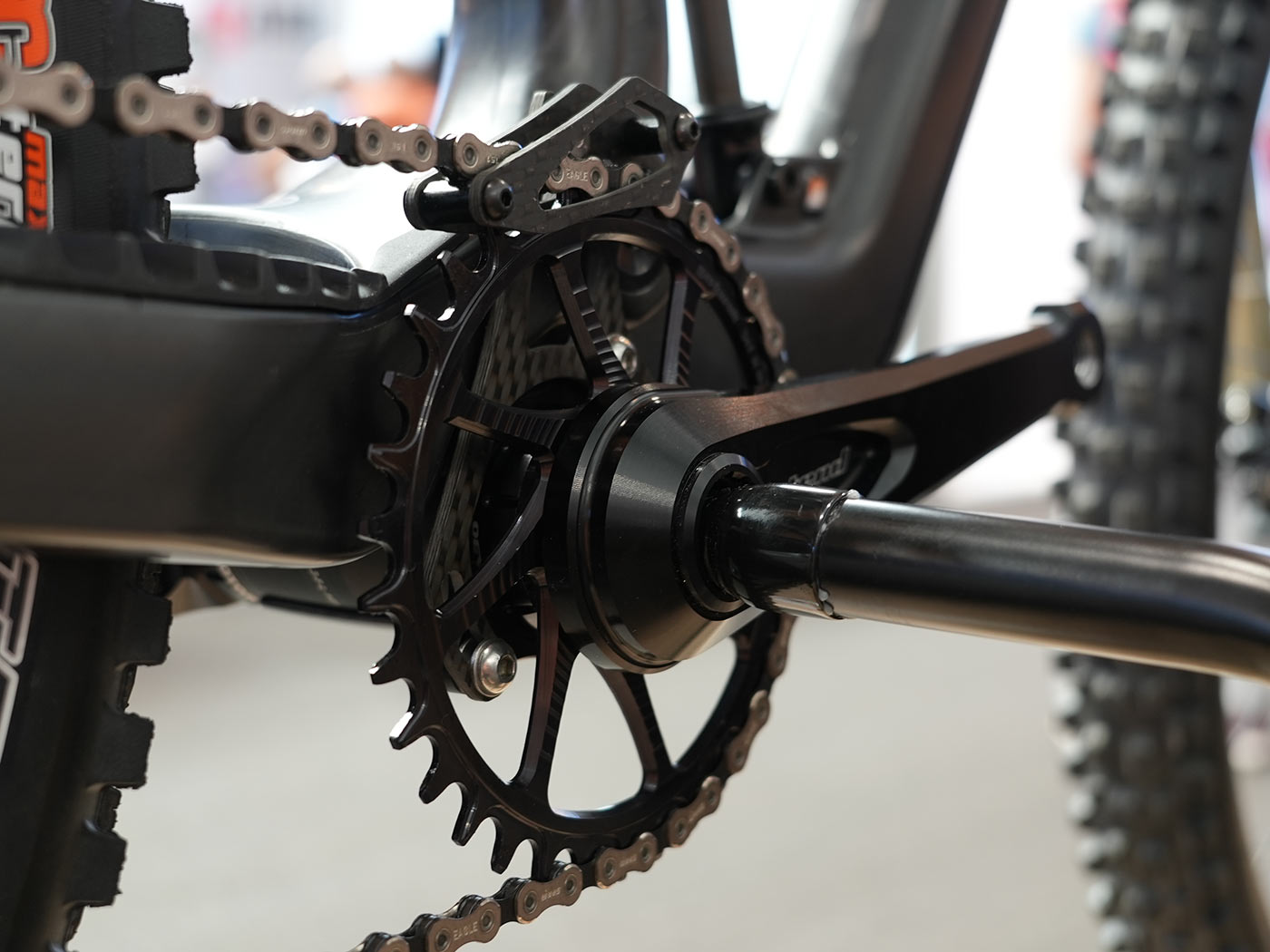 Cruising down the mountain on a really technical section and need to get into an easier gear for that abrupt climb? Or a harder gear for that sprint? No problem, because the cassette, chain and chainring are all turning as though you’re pedaling, so all you have to do is work the shift lever.

They admit that Shimano had something like this in the past, but that was well before single-chainring 1x setups. And it didn’t work so well on double or triple chainrings. But with a 1x and a chainguide, they say it’s flawless. 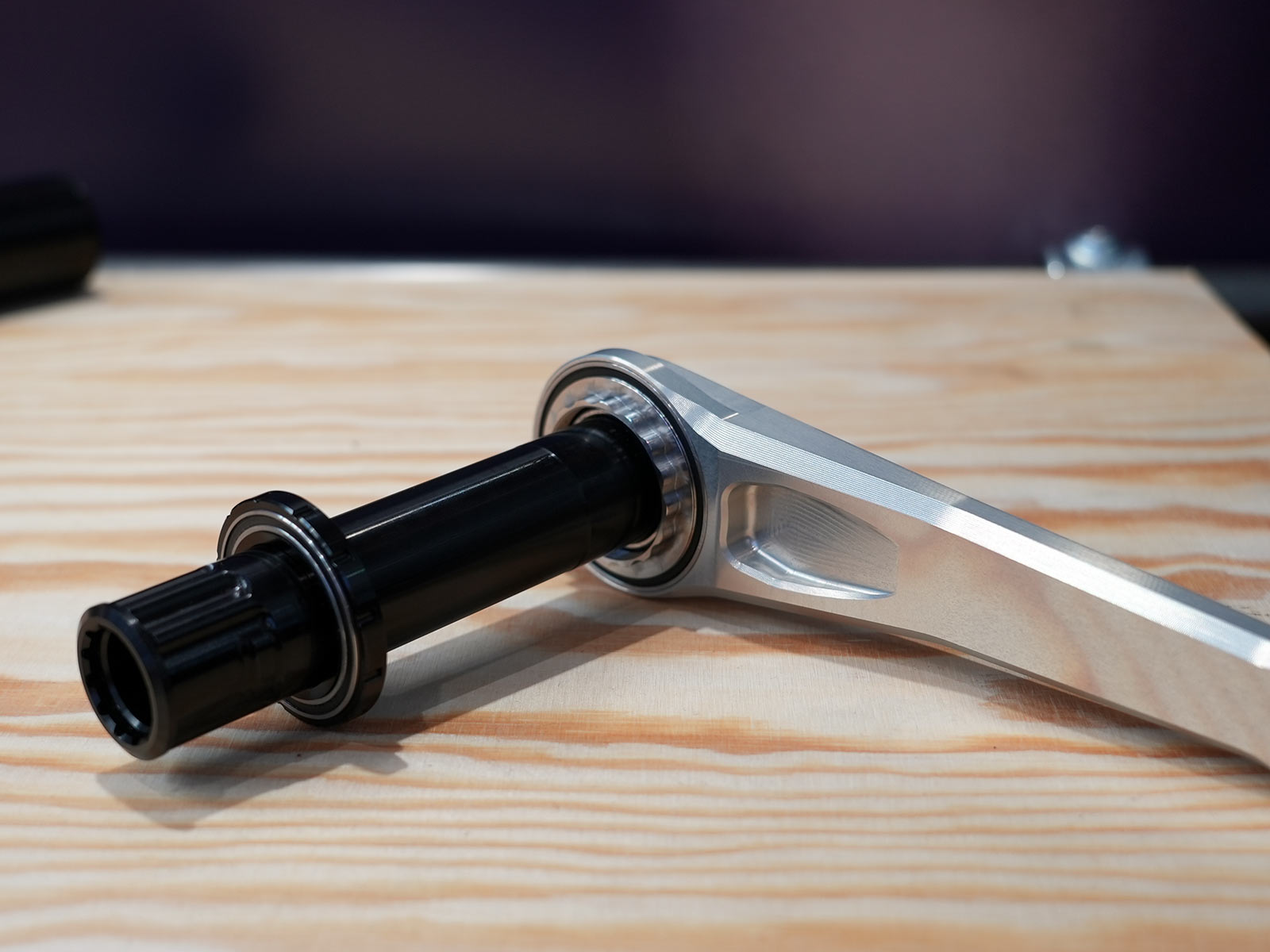 Intend’s CNC alloy Rocksteady cranksets use a Race Face-compatible splined chainring interface, and that’s what is on these prototypes, too. 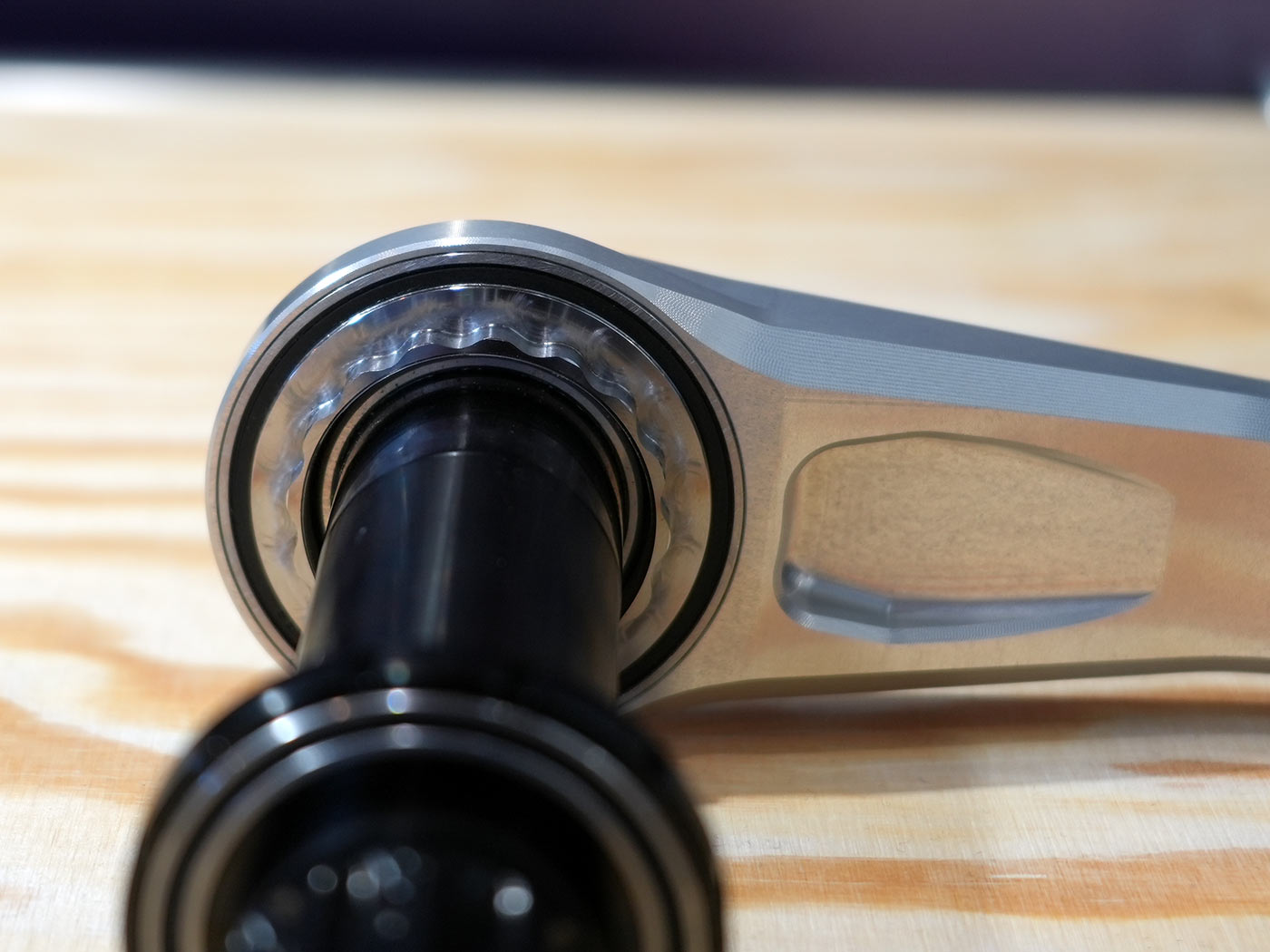 The difference is that chainring mount sits on a ratcheting freewheel, essentially the same as what you find in your rear hub. That lets the chainring roll forward while you’re not pedaling, but the ratchets catch when you start pedaling, turning that chainring around and driving the rear wheel.

What about the rear hub’s freewheel? 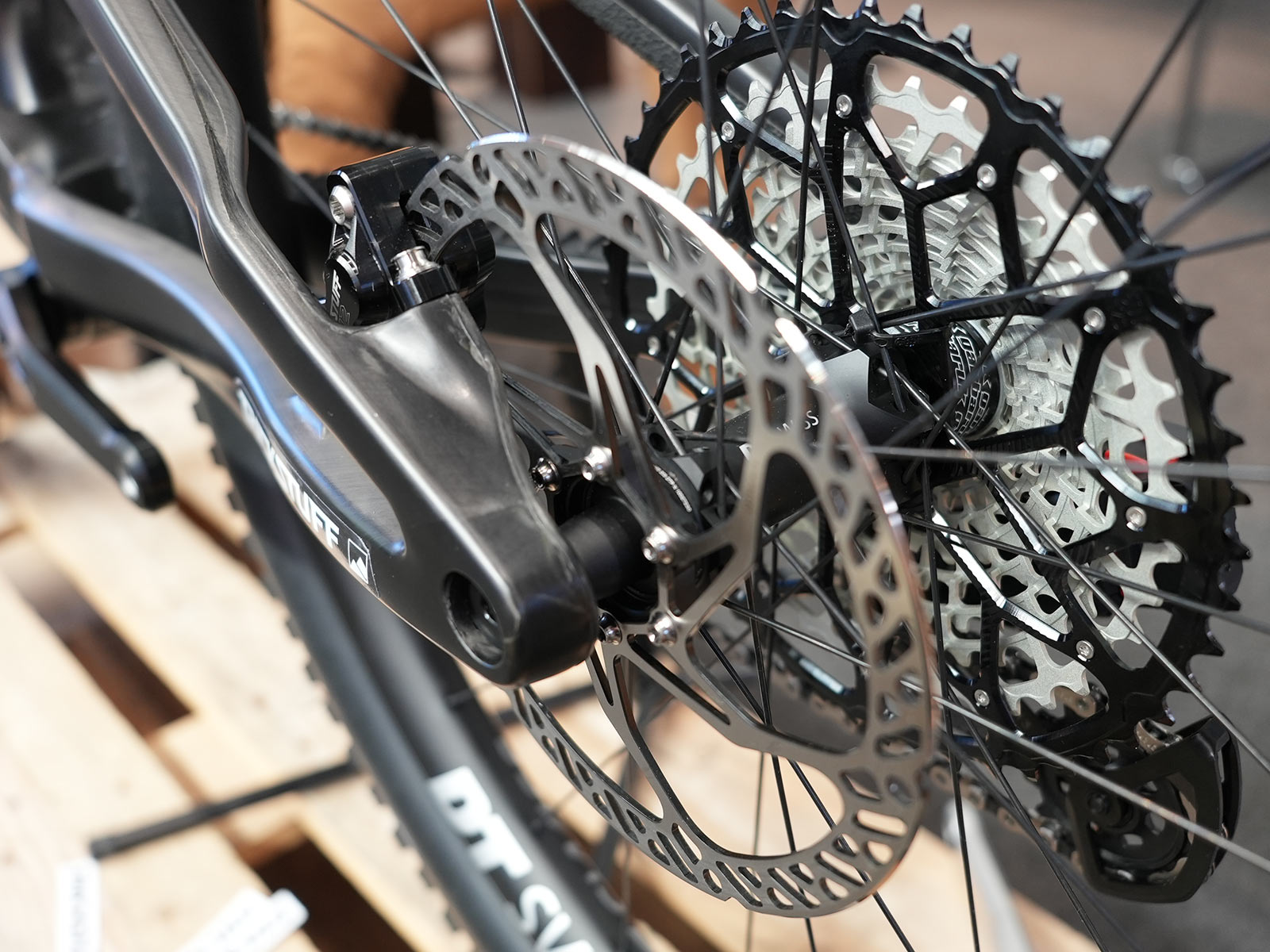 For this to work, the cassette has to be locked into position with the wheel, so that it turns at the same rate as the wheel even when you’re not pedaling. And their solution is about as simple as can be…a zip tie: 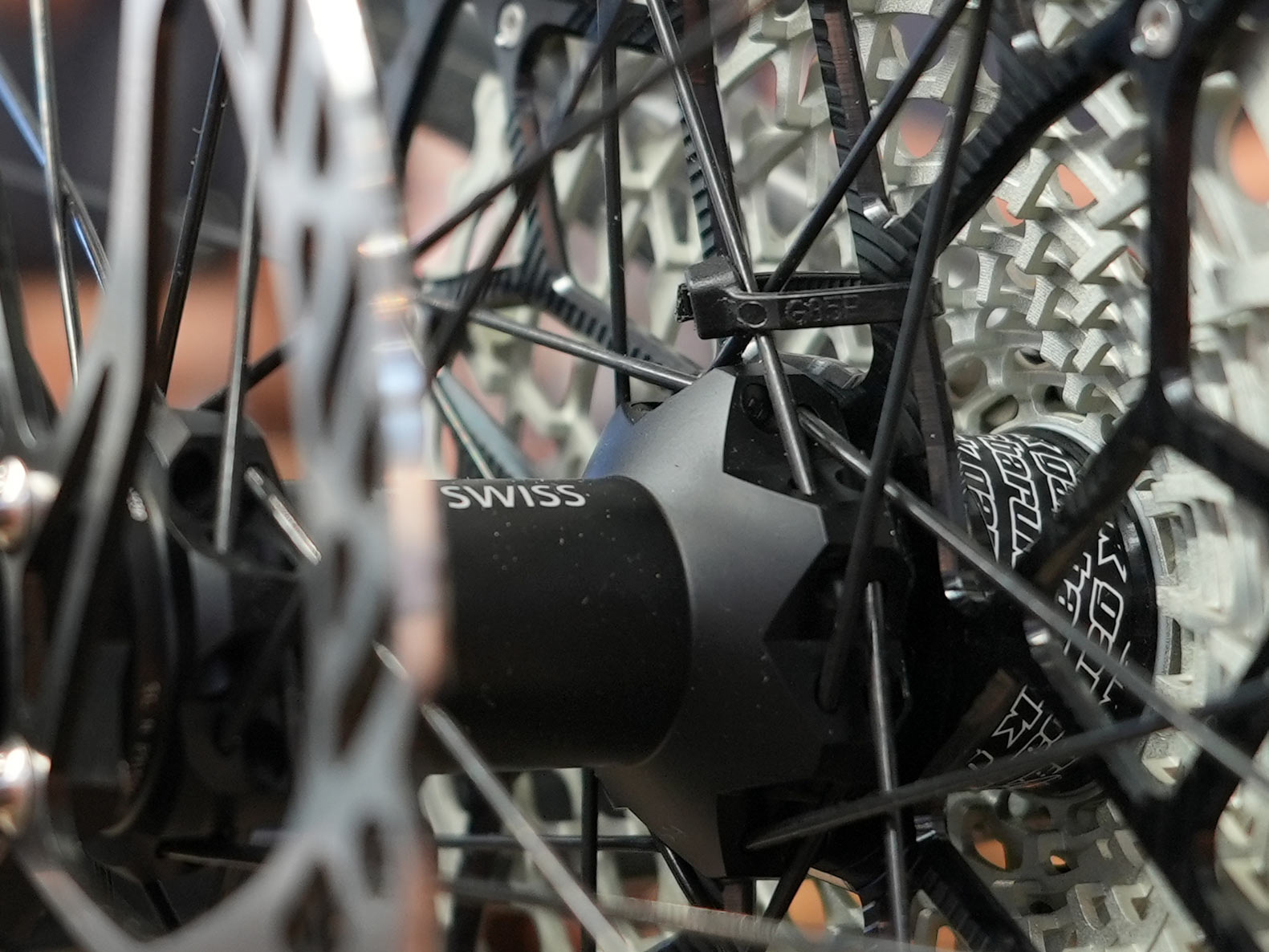 Besides simplicity, the benefit to this hack is that if a stick or something got caught up in the chain or it somehow was stopped, the zip tie would just snap and things would go back to normal. You could ride out like a normal bike with your hub’s freewheel once again allowing the cassette to coast.

We’re waiting to hear back on pricing and production plans, will update when we get more details.

Suntour in the 70’s perhaps? My big sister’s Kabuki 10-speed had it. It must have had a clutch in the cassette/freewheel as well because I got my jeans stuck in the chainrings a few times and instead of pulling my whole leg around the chain would stop. That safety concern would still apply.

Shimano’s system was called FF (Front Freewheel) and I had a Schwinn equipped with it in the mid 70s. It worked fine with double chainrings and was surprisingly durable. I actually liked it and wondered why it didn’t get traction well enough to stick around.

Shimano’s FFS (Front Freewheel System) came on bikes with one of the early Positron (indexed gearing) systems, but they were cheap bikes so everything was rather heavy and crude.

There have been trials cranksets with front freewheels too; Middleburn used to make one, and may still.

As said above, Shimano FFS had it and it worked VERY well with 2X systems (that is, 2X6, as those were the 1980s at most). My brother still has an FFS-equipped Ross bike, and I can testify that this thing would even shift during climbs without any problems, and was safe enough that pants didn’t cause any damage if caught in the chain. It was a great idea, and I definitely would welcome it back – I assume the drawback would be much faster chain wear, as the chain would turn all the time. But the shift-whenever-you-want-under-all-conditions advantages would, IMHO, definitely be worth it.

Also allows rear derailleur to be completely ripped off your bike by a stick without pedaling!

I don’t want to think about the damage if you drop a chain off the front chainring. Saw through your carbon frame or bind up and destroy your chain and whatever else it can before it breaks

You’re right, INTEND has to design a dedicated hub with a sort of safety “pin” that fits into the larger gear of the cassette. A pin that you can preload just to avoid a big jam if the chain falls … For example a small ball preloaded by a spring through a dowel, which engages a hole on the largest gear of the cassette. Very simple, light and functional.
Think about it INTEND …

Chain drop is certainly a major drawback for me, even the hefty chain guide may not save the day given the awful chain lines running a 52 tooth cassette.
I think there would be potentially more chain slap on the chainstay whenever the tension on the chain changes direction

And I invented it in 1995 got a US patent.
Gripshift tried to steal it after I got best of show at interbike. I raced on mine for years and always said it was the shit!!
Never could get backing for development.
I have been riding mine since then.
I am so happy to see another believer!
Donald Brion

Could this be fitted to a tandem? 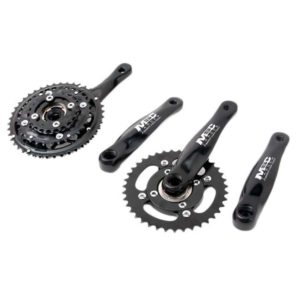