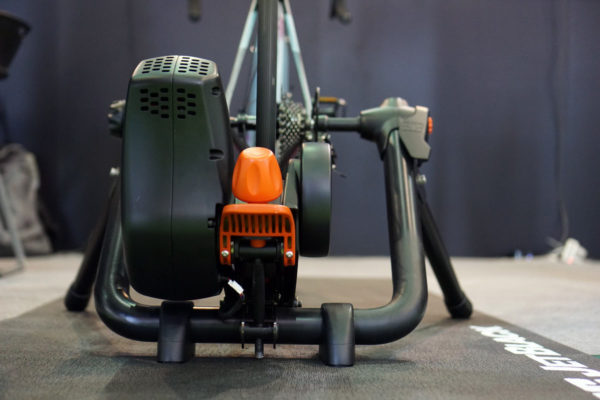 If you’re fighting for Zwift glory, making a fest of your suffering, or just trying to get stronger while the weather gets worse, you’ll soon have two new top of the line options for indoor cycling trainers.

The upcoming JetBlack Cycling Volt is a ground up fresh design, giving them the opportunity to make it exactly how they wanted in every way. And it’s planned feature set is impressive…

First, they wanted it to be a large enough to be stable, but pack down really compact for easy storage. So, the legs fold in, and the entire drive unit flips up to fold in between them. It locks into place, too, so it won’t flop back out as soon as you lift the trainer to move it.

That large orange lever releases the drive unit in the other direction to make it quick and easy to remove your bike. And there’s a large release lever at the axle, too. 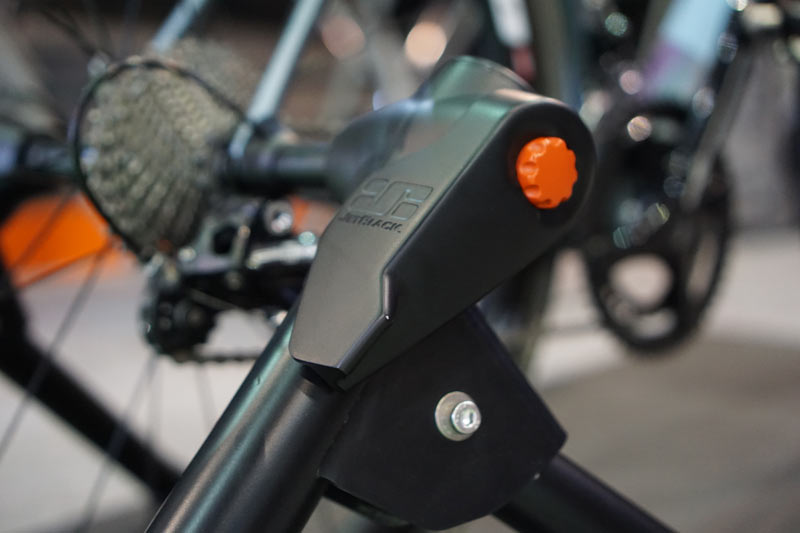 On the other side is a fine tuning bezel to get it set specifically for your bike. Set it once, then just use the quick release levers to get the bike in and out. It ships with alternate axle slots, too, so it should fit most any dropout and axle you’re using. 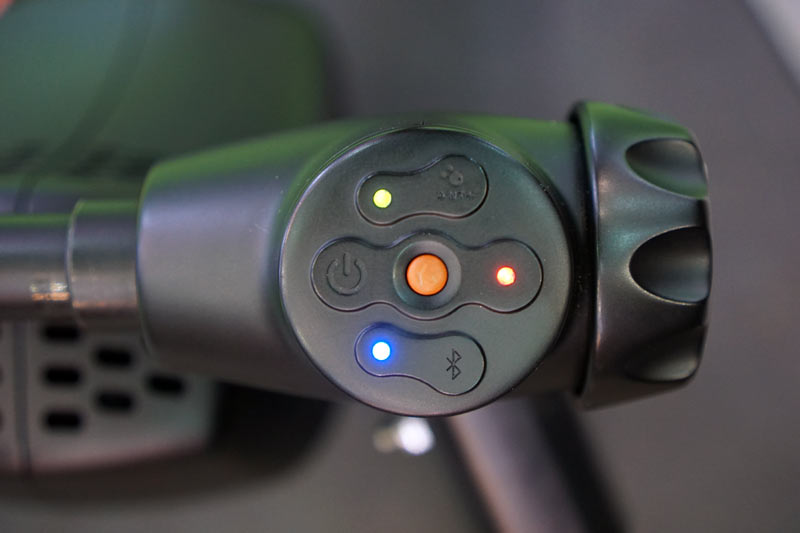 It has all the buttons. So it can connect to all the things. And here’s the real trick, it’s totally wireless…as in, there’s no power cord required. You generate the power as you pedal, and it stores up enough juice to keep it communicating with your devices while you’re coasting.

It’ll also work with most any typical wheel size, up to 29er mountain bikes, but only with standard sized tires. The roller is fairly narrow, so we’re guessing a 29×2.25 might be the max width to comfortably fit.

They’re still finalizing production details, so there’s no official release timeline other than “next year”. Check out the current line up at JetBlackCycling.com. 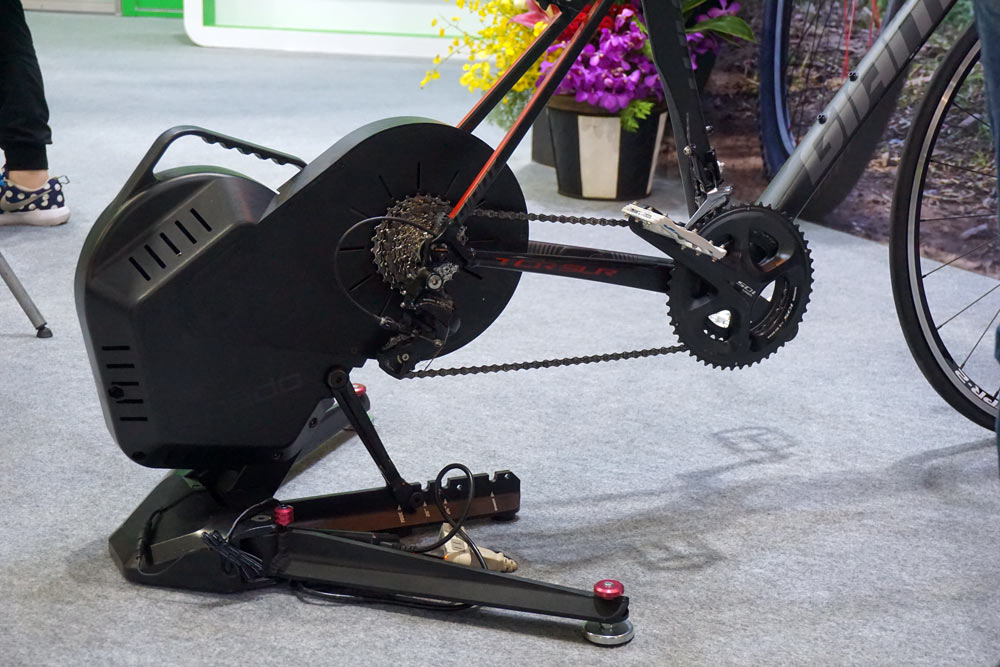 Also coming soon is a fully enclosed, direct drive indoor trainer from pedal maker Xpedo. It, too, is still in development and has few official specs to share, but they say it’ll have a high wattage resistance and communicate via ANT+ and BLE. 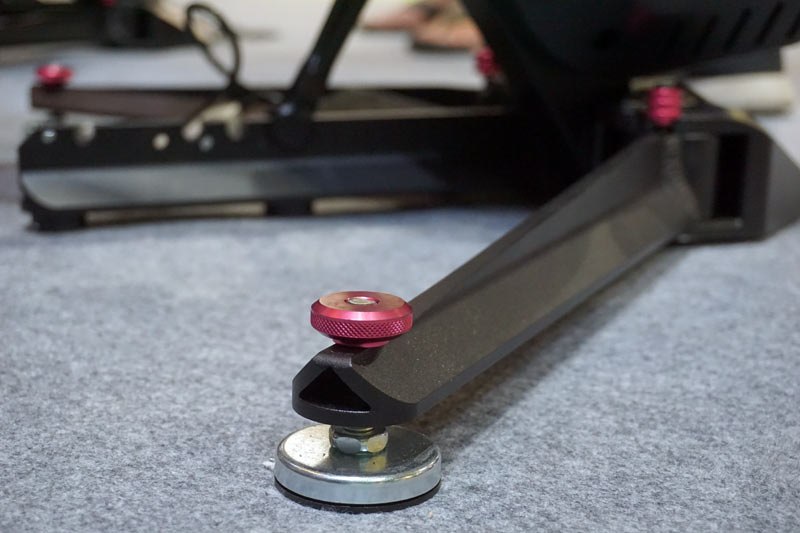 What sets it apart are the premium CNC machined legs and chassis. That, and all moving parts are hidden inside, making it safer for households with children and pets.

The center leg has slots to adjust the height, which will let you set it lower for 700c wheels if you wanted to mimic the climbing position.

“It has all the buttons. So it can connect to all the things.”

Xpedo never did release its power meter pedals, so I am a bit weary of their entry into the trainer space.

Jet Black’s Whisperdrive didn’t go over well with reviewers. Hopefully they’ll do better with this offering.

Good thinking on the fully enclosed trainer. My 2 year old came up to me while I was on my kickr and went right for the rear of the bike. I instinctively hit the brakes which of course did absolutely nothing, then I had to kind of swat her away with my shoe. Although there really isn’t any gaps that an adult finger could get pinched/sucked into the unit, not sure if the same story holds true for a tiny toddler’s hands. Hmm, 3d printing project….