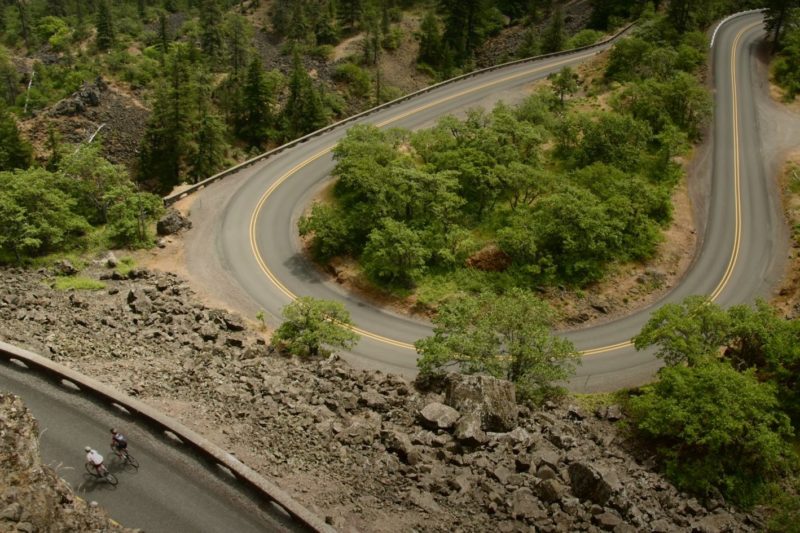 The Lael Wilcox edition of State Bicycles’ Riding Fixed, Up Mountains, With Pros series starts like this:

Interviewer: “Do you ever want to learn how to drive a car?”

That preference may surprise some, but not many. Wilcox started biking at age 20 as an urban transportation upgrade over walking. 13 years later, she holds the women’s course record on the Tour Divide, the overall course record on the Baja Divide, and won the 2016 Trans Am Bike Race.

Watch her ride fixie for the first time since 2008 — on a double-summit ultra-endurance outing to Oregon’s Rowena Crest Overlook. Along the way, she carries a rollicking conversation with State Bicycles team rider Céline Oberholzer, covering her riding career, her mentorship program for teenage girl cyclists, and the technicalities of fueling up with milk on big rides.