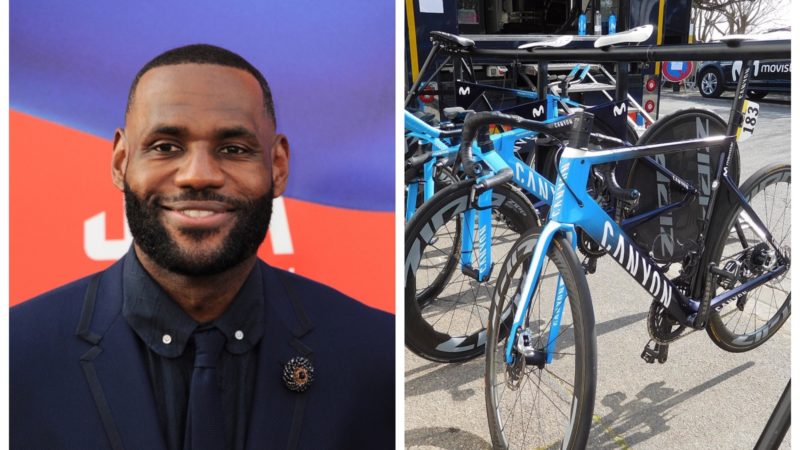 The NBA legend’s strategic investment in Canyon underscores his demonstrated personal and financial interest in bikes.

“While we were not actively looking for new investors, LRMR and the SC team immediately understood our mission to build the world’s most inspiring and innovative bike company. Their passion for what we are building will make them instrumental members of our team,” Arnold said.

James approached the transaction as a demonstrated, if possibly dormant, cycling enthusiast. He took a minority stake in Cannondale in 2007, created the (defunct) King for Kids Bike-a-Thon in 2008, and also garnered colorful media coverage while bike commuting to Miami Heat basketball games around 2012.

With his new investment, he appears to bolster his enthusiasm for getting people of all ages in the saddle.

Meanwhile, Canyon finds itself navigating what it called “societal tailwinds.” The brand listed an ever-expanding health and wellness market and an increasing focus on sustainable mobility as advantages.

The direct-to-consumer company made its name building ​​road, mountain, and triathlon bikes but has recently shown the drive to expand into new markets. Canyon’s growth plan, the brand said, focuses more on e-bikes, urban bikes, and connectivity.

Canyon athletes include cycling stars such as Mathieu van der Poel, Jan Frodeno, and Fabio Wibmer. It can only hope its newest — and undeniably brightest — bright light shines in the boardroom the way he did on the hardwood.