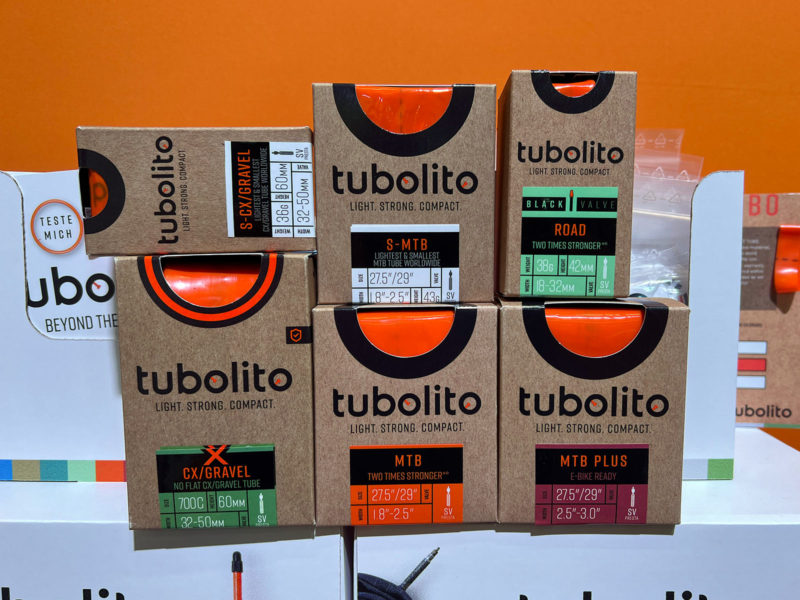 It’s not often inner tubes get us excited anymore, but these new options from Tubolito, Kenda, and Revoloop are bringing new tech that reduces leaks, saves weight, and makes them tougher than ever.

In an effort to reduce SKUs and possible confusion at retail, Tubolito is moving to a “one size fits most” lineup, where there’s now just a Mountain Bike tube that fits both 27.5 and 29er. Same for gravel, with a single tube for 650B and 700c, with both getting a very wide range of tire width compatibility.

They also have a new S-series that’s even lighter and thinner, almost letting you pack two tubes in the size of one, which was already considerably smaller and lighter than traditional rubber tubes.

For road bikes, there’s finally a version with a black valve stem. Because, you know, aesthetics. 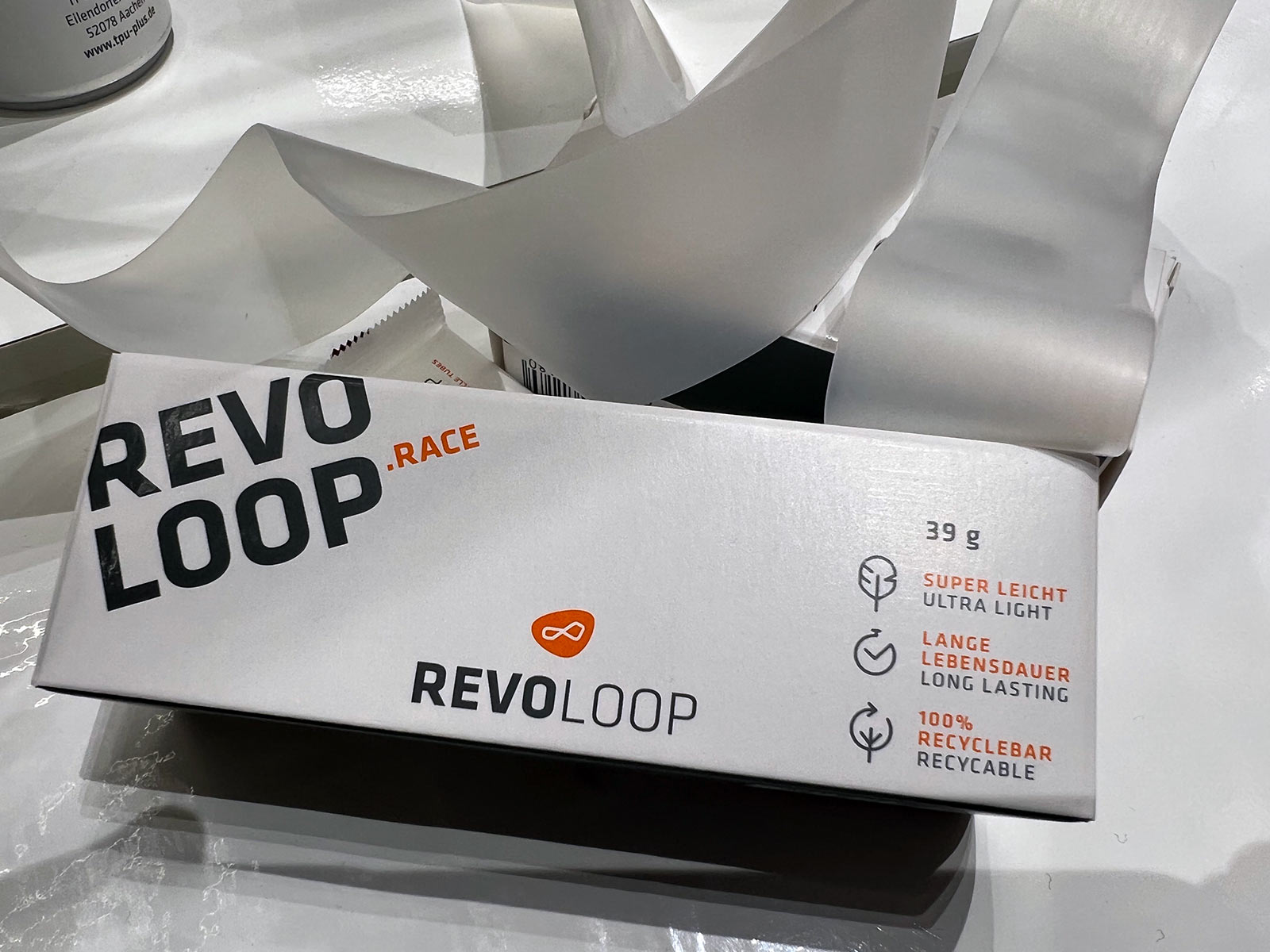 German RevoLoop tubes are TPU, with a unique co-extrusion manufacturing process that lets them layer materials together into a seamless tube. And, they say they’re working on blending different materials in the future, adding better performance benefits.

They say the current iteration holds air about 20x better than latex tubes, but new materials have them hoping for a 6+ month span between having to inflate it. 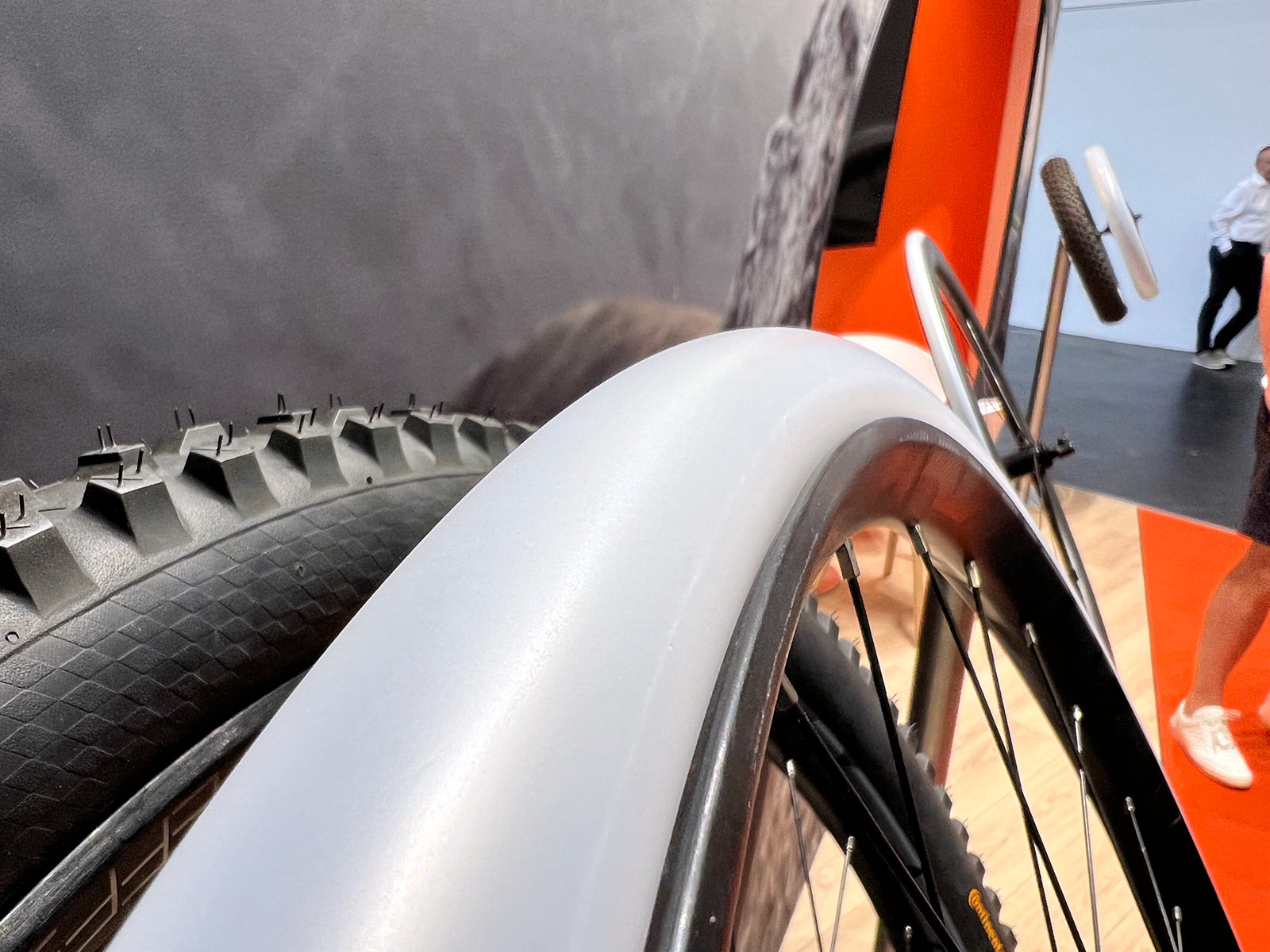 With about same puncture resistance as a butyl tube, they’re much, much lighter. A road tube is just 39g, and a giant fat bike tube weighs just 159g. They’re fully recyclable, and they’ll reward you for returning it to be re-manufactured. 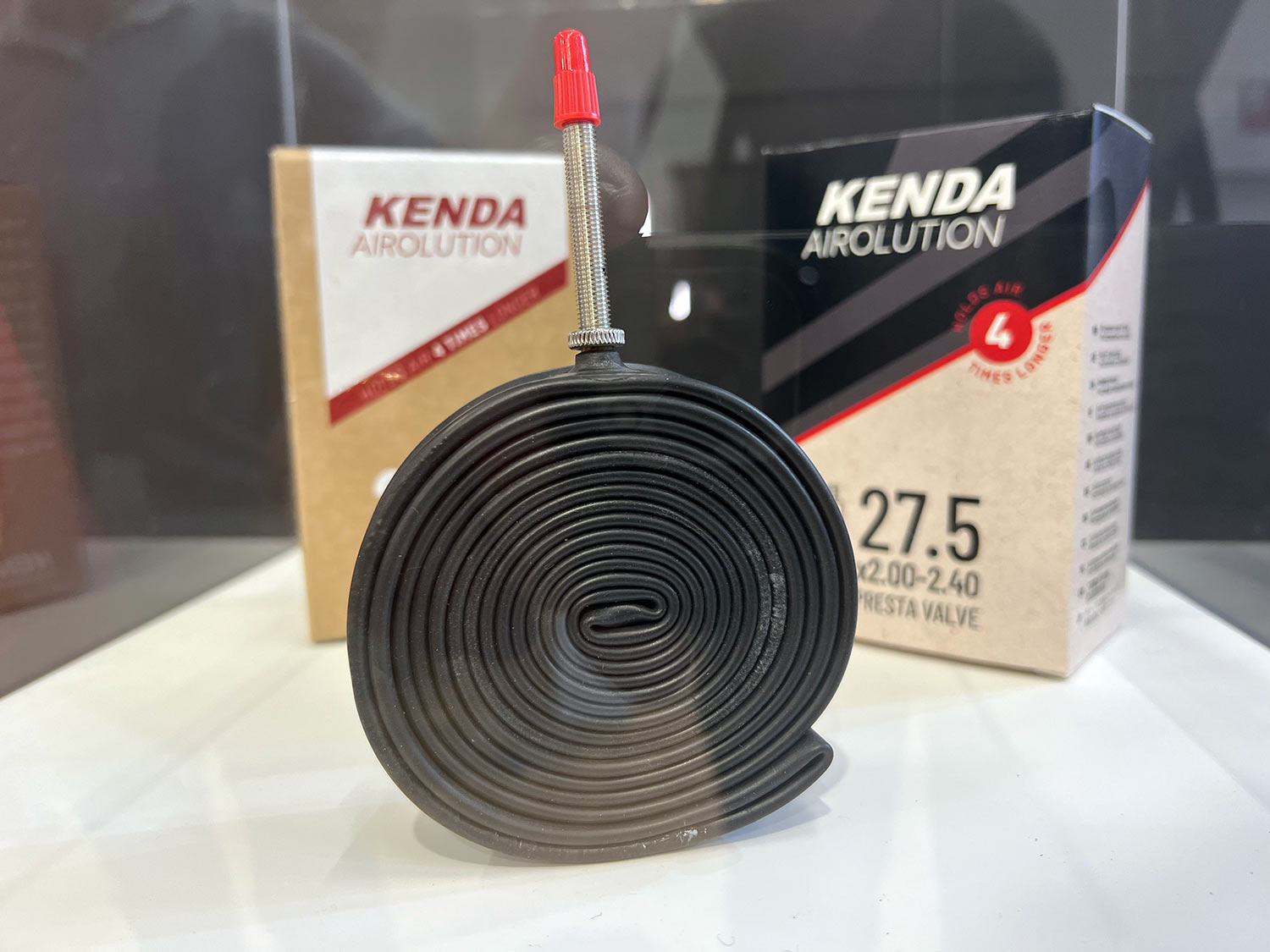 If your kids (or you) are tired of constantly reinflating your tires every week, Kenda feels your pain. Their upcoming Airolution tubes promise 4x better air retention and better puncture resistance thanks to a new material that’s about the same weight as standard butyl tubes.

Revoloop seems promising, since they offer a black valve stem and a simple repair kit. What about Pirelli, anyone used their smartube?

I used Pirellis on a gravel bike. Excellent air holding, but very fragile. My first one burst on the outer side of the wheel, in a place where was absolutely no tyre damage. 2d burst on the inner side of the wheel, where the rim tape was completely fine.In both cases the hole looked like 2-3mm long cut (along the tube). Both tubes were pumped to about 4,5 atm, inside 28′ 42c tyre. I think each tube allowed me to ride only about 800km.

Tubes all the way this is great.

We need data on pinch-flat resistance.

Can you run sealant in any/all of these?

NTX was reviewed recently on PB, $15-$20 per tube and very similar to Tubolito from what I can tell. I have not found any easy way to purchase in USA yet, it’s an Italian brand. I run tubolito on my gravel/cross bike and am a fan!