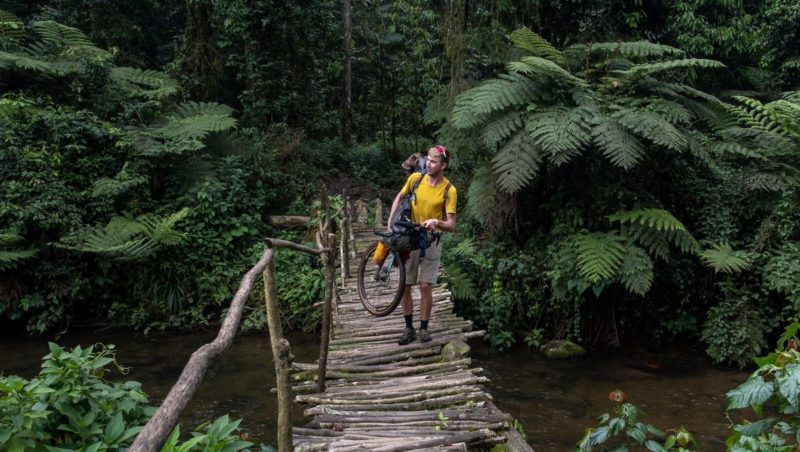 Back in March, Old Man Mountain and the Robert Axle Project announced a plan to find and elect the leader of a secret society. Well, not so secret; the “president” of the Loam and Gravel Society would receive $20k and a loaner adventure van to create an 8-episode YouTube series while barnstorming around the American west and shredding trails. 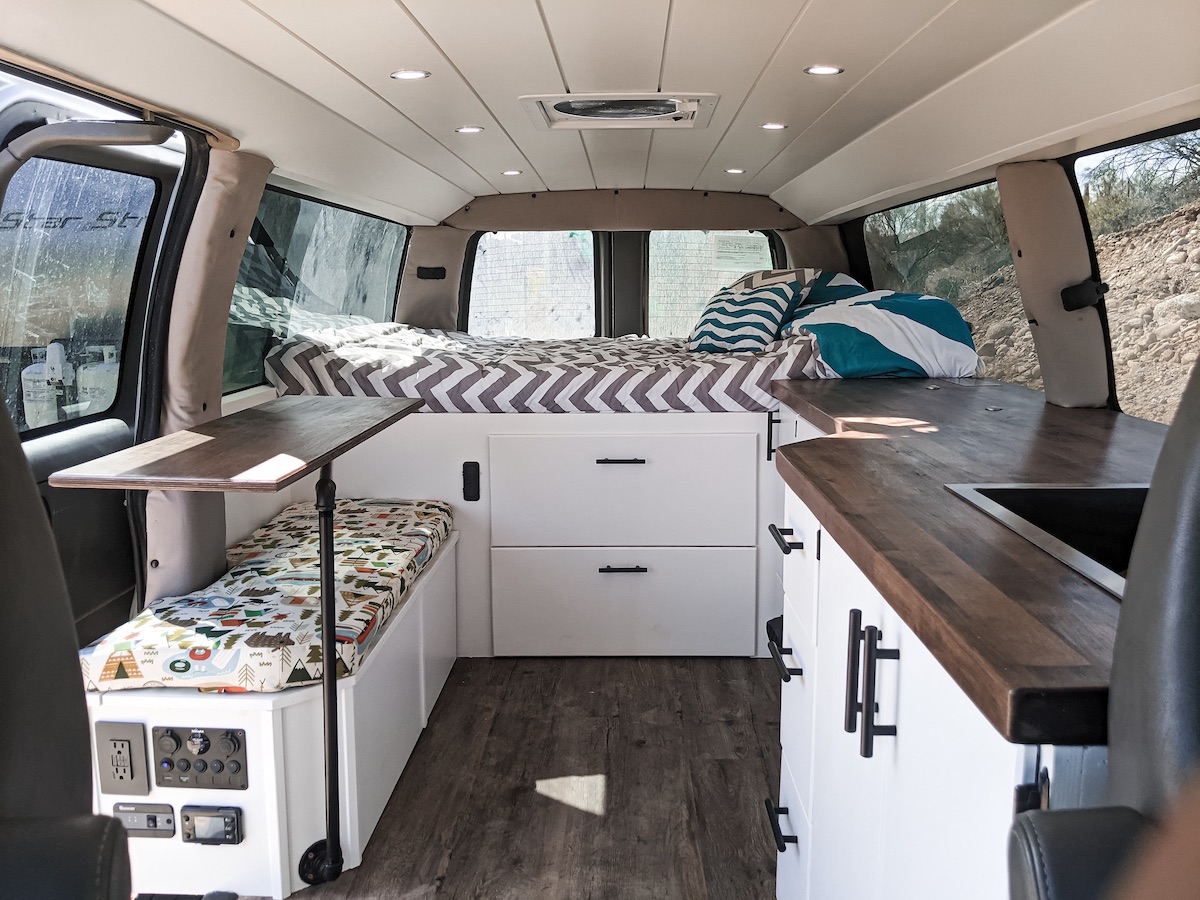 If that sounds like a good gig, it did to us, too. Now, Old Man Mountain issues the society’s charter document and an inauguration.

According to its charter, the Loam and Gravel Society sprang from a simple concept with an eclectic array of applications.

The Loam and Gravel charter

“The Loam and Gravel Society wants people to do more with their bikes,” it said. “To see bikes as a means to support other activities like bikefishing, bikerafting, gourmet backcountry cooking just for the sake of having a good meal in a beautiful place, photography, coffee outside, rock hounding, flying kites on a mountain top, painting, whatever you can think of doing while using a bike along the way.” 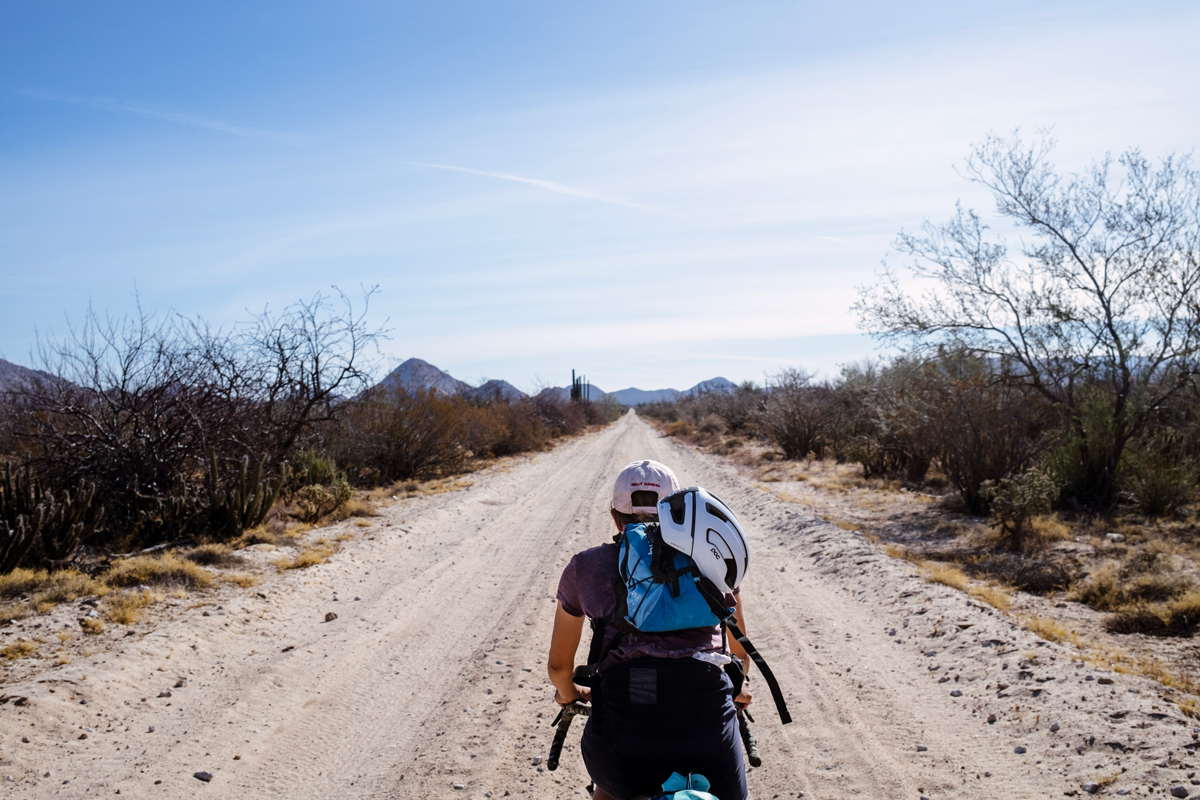 The densely-worded document reads in full:

First Charter, A.D. 2022 Old Man Mountain, by the grace of soil, trees, and stone, provider of trails and roads, to all whom these presents shall come, greeting!

We have resolved ourselves to pedal. To place one foot in front of the other in pursuit of the next bend in the road and turn on the trail. We now resolve to do more. To extend Our utility of the bicycle, to see it as a tool to be adapted to many tasks and utilized whenever possible. Therefore We look upon with favor all forms of cycling, but with particular grace We encourage the exploration of Loam and Gravel, especially those by which We find new experiences and new friendships, altering Our perspective of the bicycle and those who ride beside Us. In order, therefore, that such rides, which have not hitherto been sufficiently gnarly in any part of the world, may shine conspicuously amongst Our people, and that the world may recognize Us not only as the Defender of Bikepacking, but also as the universal disciple and patron of every kind of cycling. Know that We have ordained, established, and granted, that henceforth forever there shall be a Society consisting of a President, Council, and Fellows, who shall be called and named The President, Council, and Fellows of the Loam and Gravel Society.

The society’s first president, Evan Christenson, will lead this previously gnar-deficient exploration in a Carefree Camper Co. van. He’s undoubtedly got a curriculum vitae to suit the job.

After most of a life spent traveling the world to pedal and race, Christenson broke his neck in a car accident several years ago, only to storm back to the blacktop and gravel.

In a de facto presidential address, he said that even though he doesn’t race anymore, he still loves life in the saddle as much as ever.

Rolling down the road, with an undefined route, with the wind at your back, the sun in your face, four liters of water, and a few meals left in the saddlebag, is true, rebellious freedom. While camping in Mexico for three months I learned how to be resourceful, using my hands more, fixing things, fishing, cooking with fires. In Uganda I learned how to be alone in an entirely different world, how to search for solace when there is none in sight. In Bosnia I learned how to be graceful in the face of tragedy, a skill learned deeper in Armenia. In Morocco, well there, I mostly learned what not to do.

I found the bike early, racing most of my life, but I found the road much later. For years I poured my soul into racing, I broke my neck. I lost all feeling in my legs, and the thoughts that began to spin when death was next unraveled the rest of my life.

I gave up racing. I picked up a camera, and I was lucky enough to start traveling. It’s become the thing I love most. No longer racing bikes, I’ve still found excitement in pushing my boundaries, testing limits, seeing new things. No longer digging deeper and deeper into what my body is capable of, I am more interested in what others are capable of, what nature can throw, what the neighbors say, what that village around the corner looks like. I’m proud to have left racing and not left the bicycle, because the bicycle, to me, is the best way to see the world. 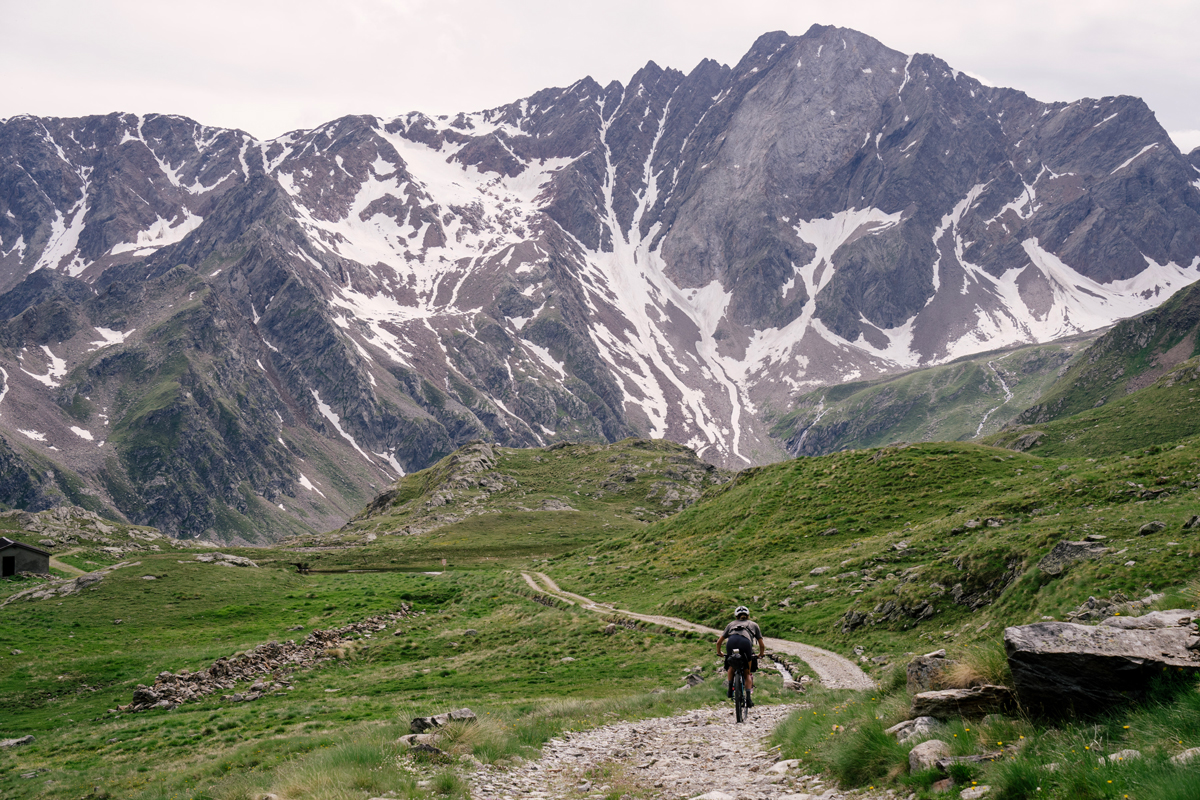 Christenson will “adhere to the charter” throughout the western United States and Canada during his 16-week term. Along the way, he’ll ride with and interview folks who use bikes in myriad ways, then craft the resulting content to satiate the viewing pleasure of his constituents (that’s you).

Guests include colorful personalities like Gabaccia, who will join the prez for a bikefishing outing; Steve Fassbinder, a bikerafter whose tagline is “if you have to ask, you’ll never know”; and a slew of others who aim to help Christenson surf, forage for food, explore astrophotography, and more. 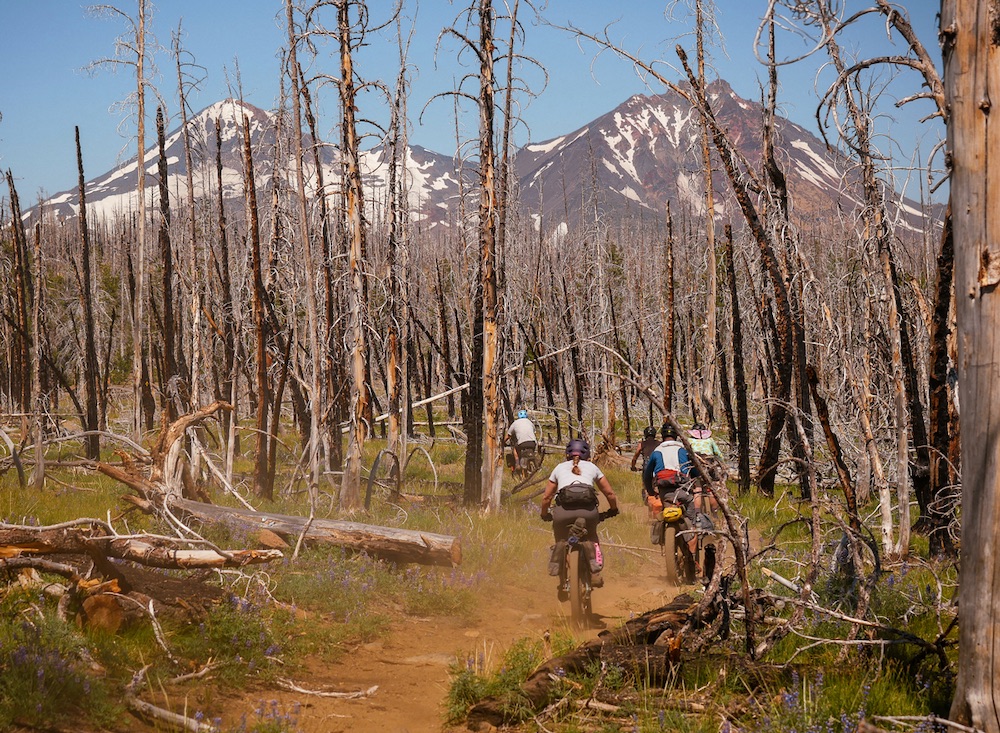 You can follow his presidential exploits via the Old Man Mountain YouTube channel, where he’ll post the eight main episodes plus periodic trip logs to cover his day-to-day life.

Sure mentions racing a lot…