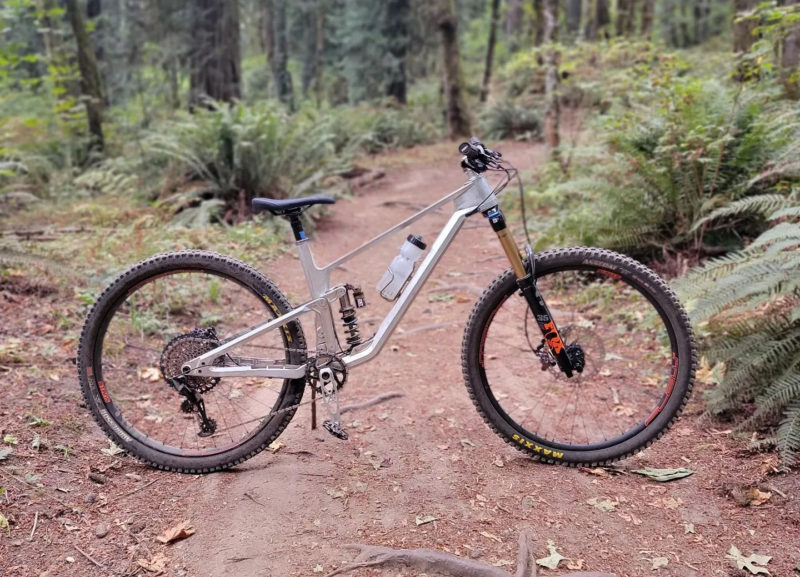 First teased here on Bikerumor, Chris Currie’s 3VO suspension platform initially ended up on the Jamis Portal and Hardline mountain bikes in 2018. Those were updated with a lighter carbon version in 2020, but to fully appreciate what they’re doing with their own brand, we need to step rewind a bit.

Chris explained the 3VO development process for us all the way back in 2015 (grab some coffee), before Boost axle spacing was ubiquitous, but he’s been working on it since 2004. The concept is simple enough: Create a long travel bike with modern geometry that can’t bob AT ALL on climbs, regardless of the rear shock’s setting.

Now, finally, Chris’ own brand, Ministry Cycles, is about to launch its first model with the 3VO suspension platform, the Psalm 150. Yes, that means 150mm rear wheel travel, with all the key benefits of his design inferred:

Where it differs from the Jamis is in the leverage ratio and frame construction. They say it’s bonded alloy body is lighter, and the new layout makes it even more sensitive and efficient, with a more progressive leverage ratio that makes it work well with both coil and high-volume air shocks.

Chris spreads the gospel of anti-rise and anti-squat as much as most, but unlike religion, his miracle performance is explained with science versus magic.

His anti-squat figures are based on a realistic rider+bike center of gravity point of 1150mm (45.3″) above the ground, and calculated when riding a 32-tooth chainring and the 50-tooth cog. Pretty much the exact steep climbing, grinding gear combo you’d want anti-squat in full effect to prevent pedal bob as you slog up the climbs. And they say it does this without creating undue pedal kickback.

The anti-rise is designed to be at 100% at sag, which creates a neutral effect on the bike’s suspension under hard braking. 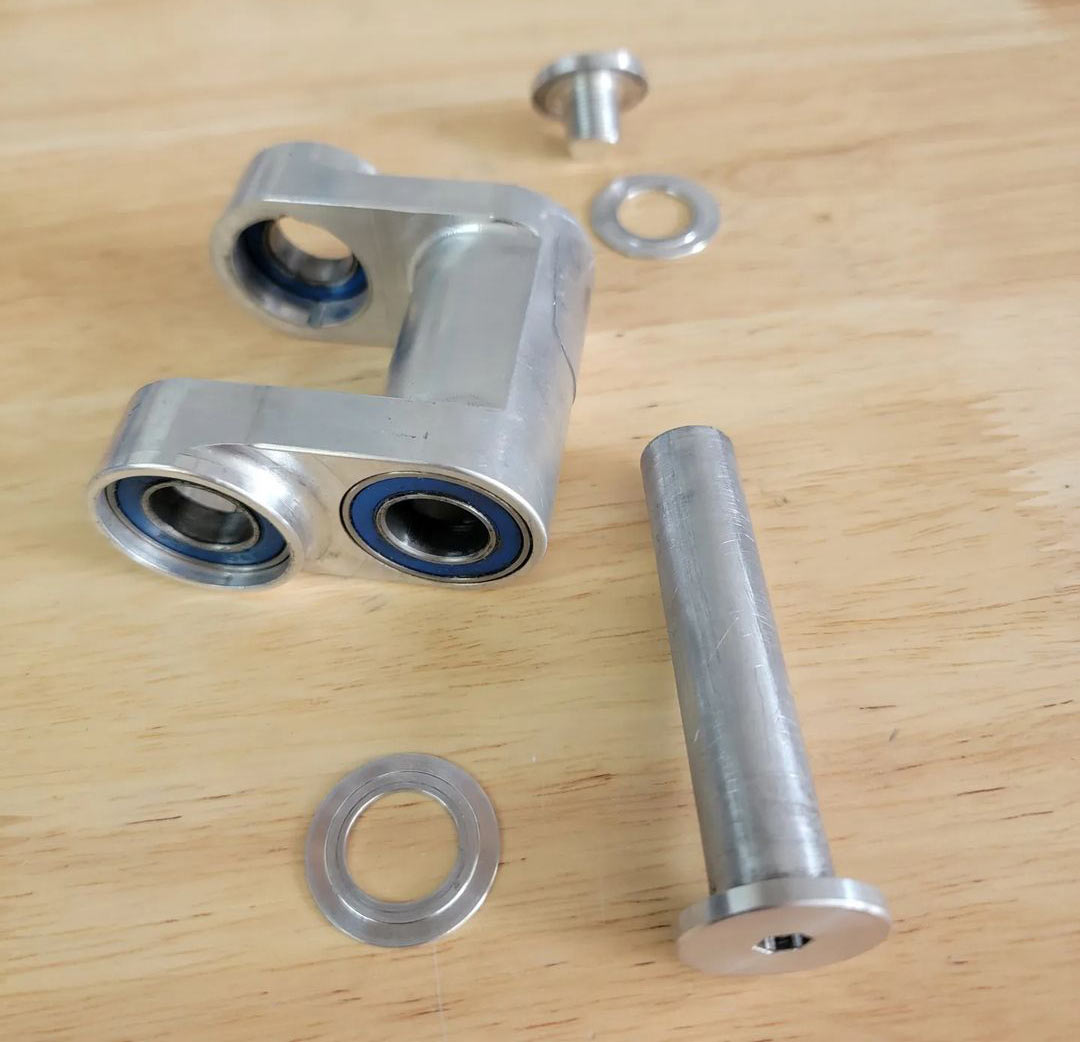 The original concept also used modular dropouts, albeit mainly to future proof against changing axle standards. Here, they’re getting a higher purpose by letting you adjust the bike’s geometry and handling.

The leverage ratio ranges from 3.11:1 at full top out to 2.12 at full travel, with a very subtle ramping at the end to help eke out the last bit of travel. The decreasing leverage works well for coil shocks’ inherent lack of ramping, but still claims to work well with higher volume air shocks.

All the usual claims are made – supple initial movement, good mid-stroke support, and excellent bottom-out resistance.

About that bonded aluminum frame… 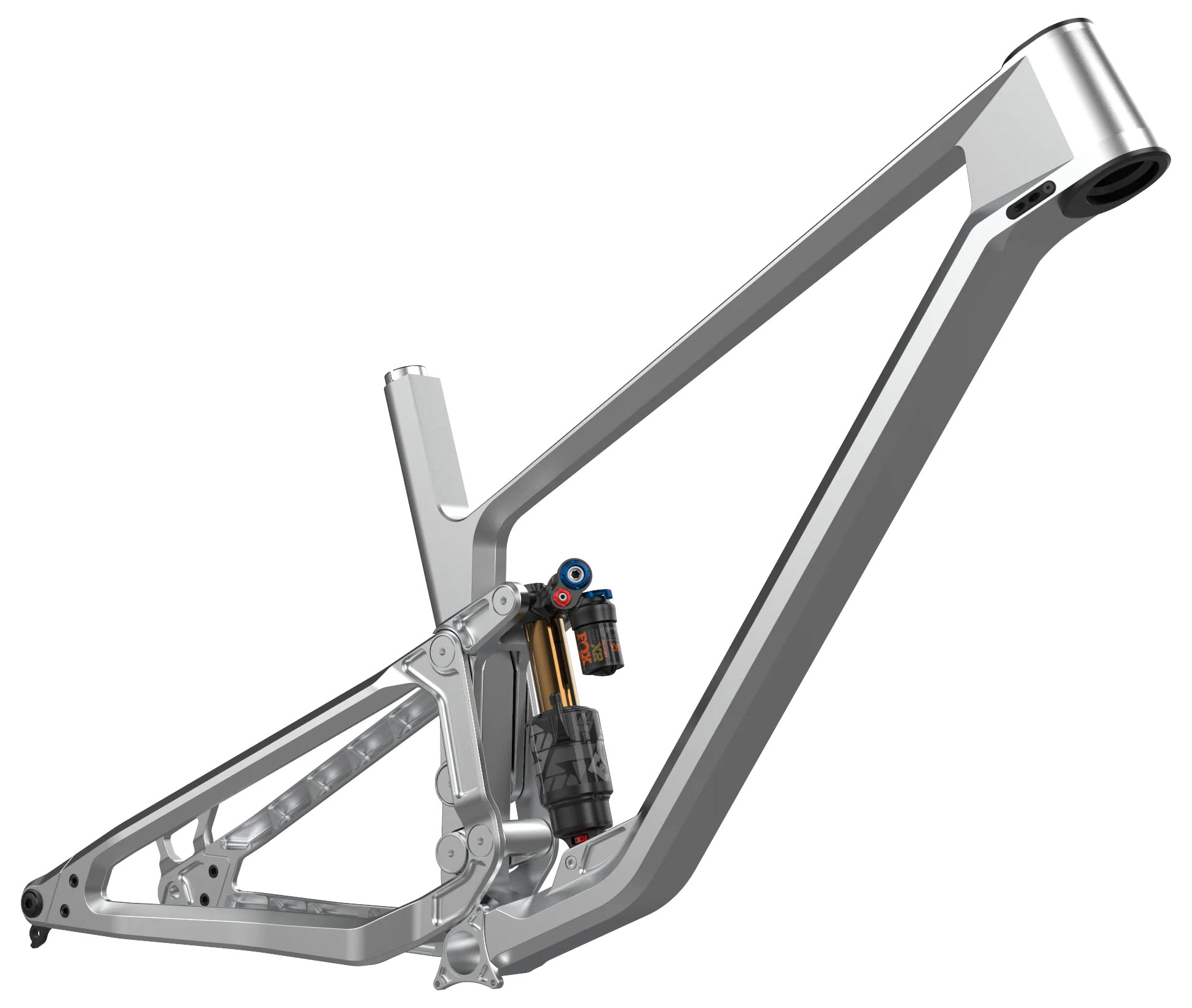 Further differentiating the Psalm 150 from other bikes is the frame construction. Rather than welding aluminum tubes together like most, Ministry Cycles opted for machined frame sections that are then bonded together.

They say using 7075-T6 alloy gives them a stronger base material, and using multiple aerospace bonding agents creates a frame that’s structurally better and lighter than could otherwise be achieved with metal.

The frame uses “full perimeter lap joints” to create a single, hollow form on the front triangle. Seat tube and head tube cups are then fully sleeved and bonded into the frame for maximum strength on high-stress areas. This construction method also eliminates warping from welding’s heat, so they say the frames are perfectly aligned, too. 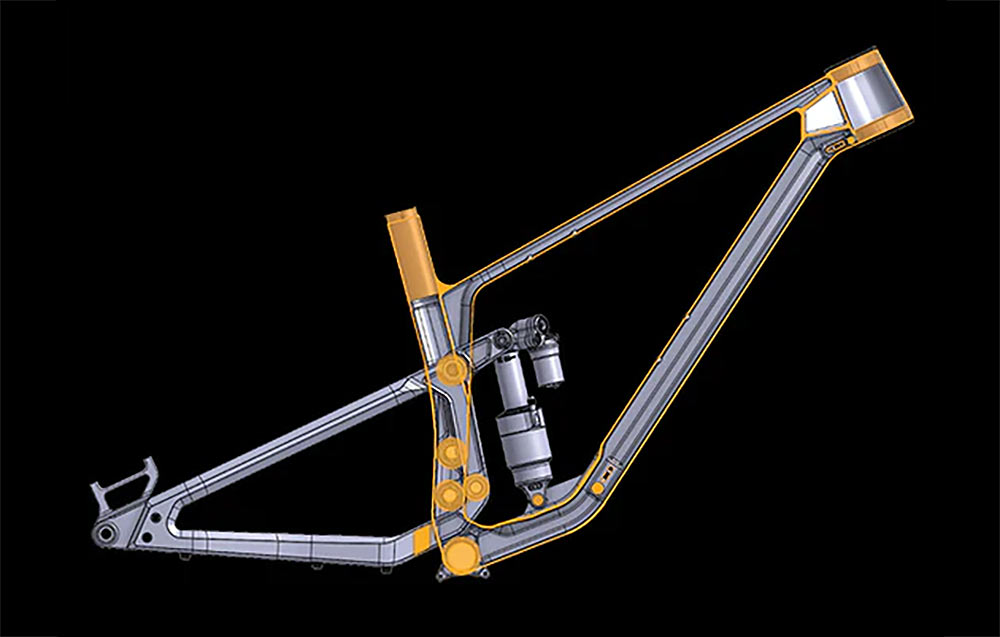 It’s designed around a 160mm fork and 29er wheels, and gets a SRAM UDH derailleur hanger, BSA 73mm threaded bottom bracket, and fits up to 210mm-travel dropper seatposts.

A 1.5″ straight head tube allows for adjustable-angle headsets…and future compatibility with any new standards. Those plus the modular dropouts and machined construction are a key part of their claim that this bike should last forever, you’ll just update it as needed.

When can I buy one?

Frames are still in the prototype phase, but Currie’s been putting miles on the test bike shown here. The construction method will allow them to produce bikes on demand, or at least in small batches. Based on their social media posts, they’re still fine tuning and seeking a manufacturing partner.

Do good things come to those who keep the faith? We’ll see once we can get a review bike in and head back to Dirt Church…

At the end of the day it’s just another SRT (solid rear triangle) bike. Shame.

Yeah, because all those other SRT bikes with VPP or DW links are so terrible, lol. I guess you need to tell Santa Cruz, Ibis, Revel, Pivot, etc, etc their entire product ranges are garbage…

That’s a really pretty frame. But much as I love this new trend of machined and bonded frames, it’s a terrible use of material.

At least it isn’t made in one piece like a couple of the other completely machines frames.. A bit less waste this way.

Not really, all the excess aluminum from CNC maching can be recycled, unlike carbon fiber.

I didn’t say it was a waste of material. I said it was terrible use of material. But inefficient would have been a better word. Yeah, of course it can be recycled. But it’s a lot of work to mill it down, and a lot of work to recycle it, and you’ll never have the grain structure of a properly formed tube. I suppose it makes some sense if you don’t want to/can’t weld or heat treat.

Concur. I also think about the number of billet machined hub flanges I’ve seen that failed for no reason other than grain orientation of the billet and it’s a pass from me. I test rode the Jamis Portal and the platform is really something else. If Jamis would just update their geo they’d have a winner.

completely agree with the note on Jamis. I pedaled a 27.5 portal and it was awesome, but the geo is the only killer. With updated geo and higher quality suspension bolts/hardware it would really rock!

When you asked yourself, “should I make religious puns throughout the article”, the answer should have been… No