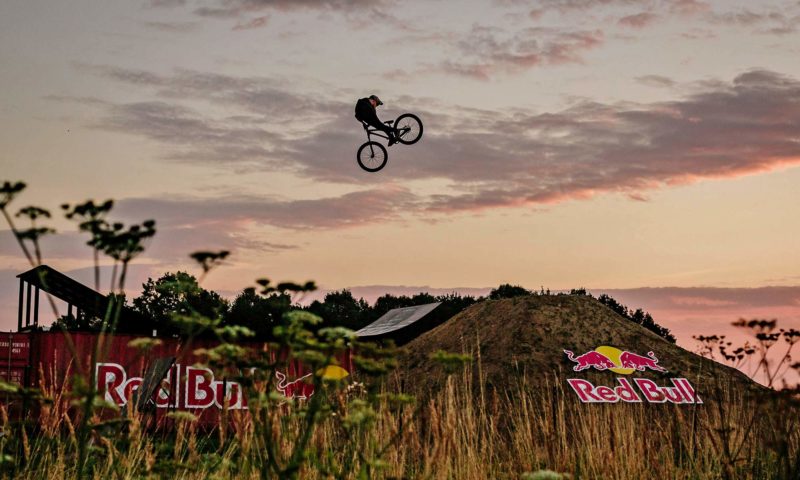 Red Bull BMX, freeride & slopestyle brothers Szymon & David Godziek have been taking sibling rivalry to new extremes with the backyard training tracks they call home. For a year and a half, we at Bikerumor have also been getting more serious about building backyard features to hone technical bike riding skills while our broader travel got dialed back. But it seems these two amazing gravity riders have taken it up a notch… 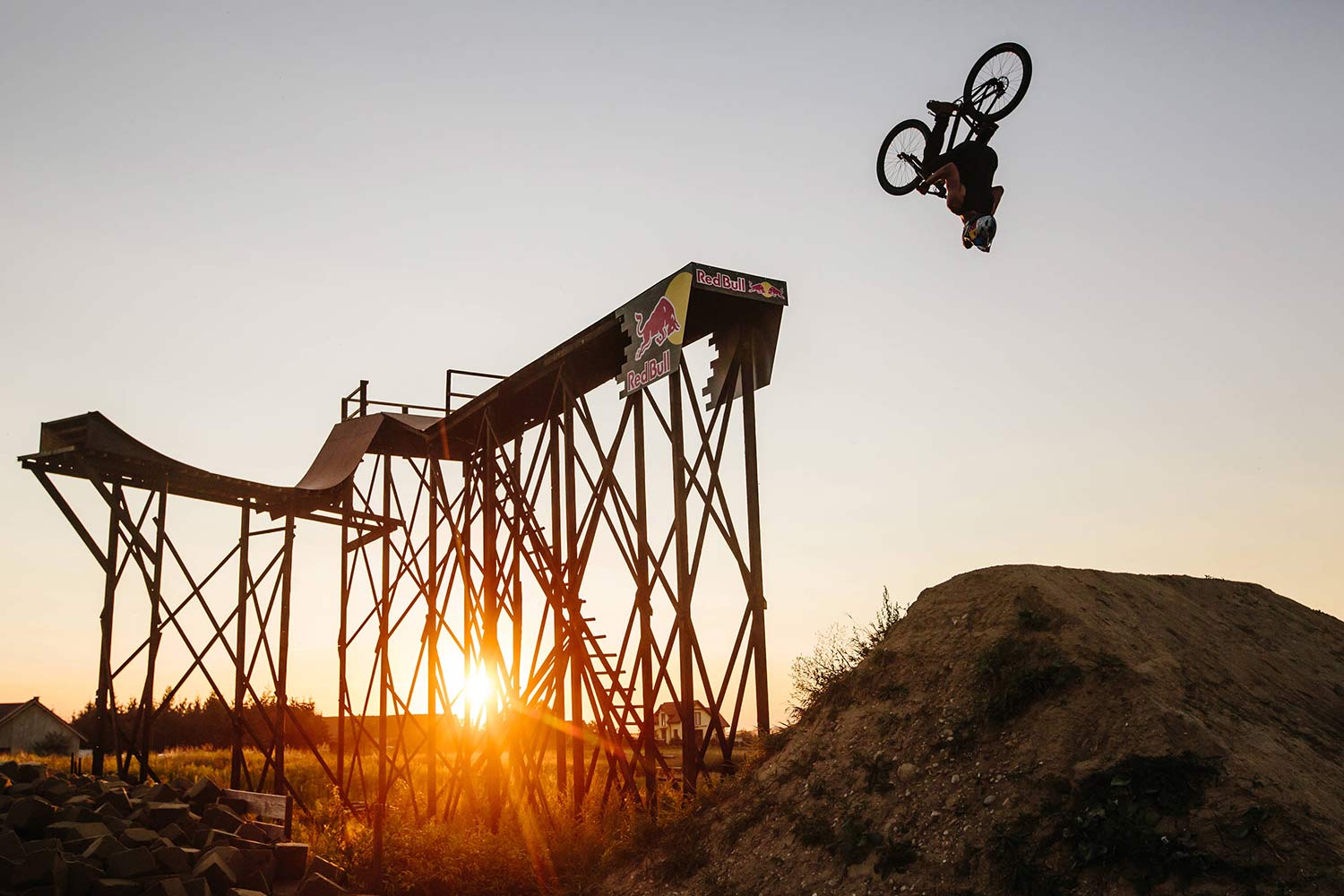 Catching up with the Godzieks and their backyard tracks is a bit humbling, but maybe also some inspiration to keep building bigger. 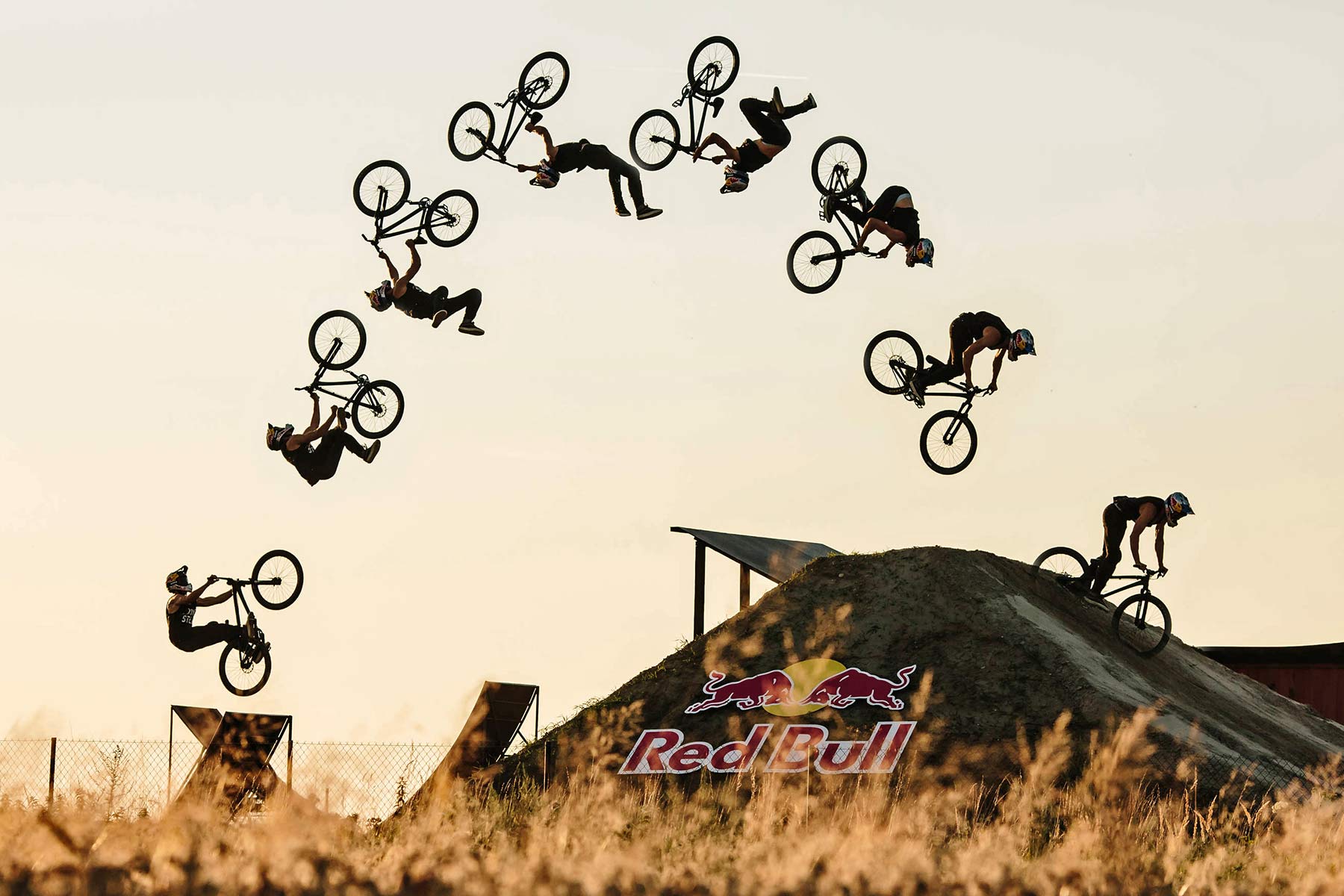 After all, we’ve been following along with their Polish backyards on & off since about 2013 thanks to Red Bull. 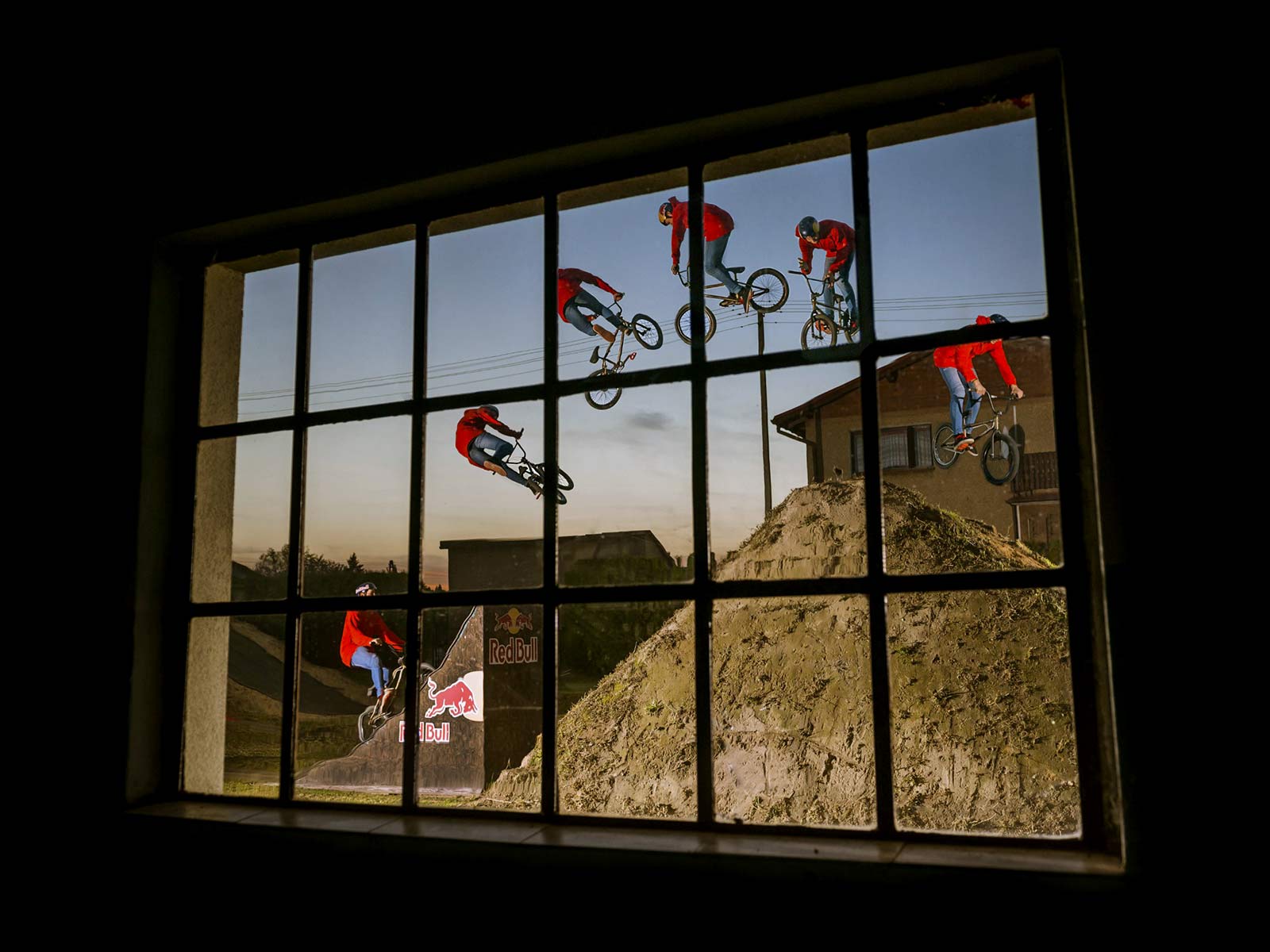 David through the window photo by Bartek Wolinski

In that time the brothers have built their jumps bigger, added more features, and refined new high-flying tricks.

Or have a look back at Cam McCaul’s fun check-in with the guys three years ago, with cameos from Szymon’s wife and kid, and the boys’ motocrossing grandfather. 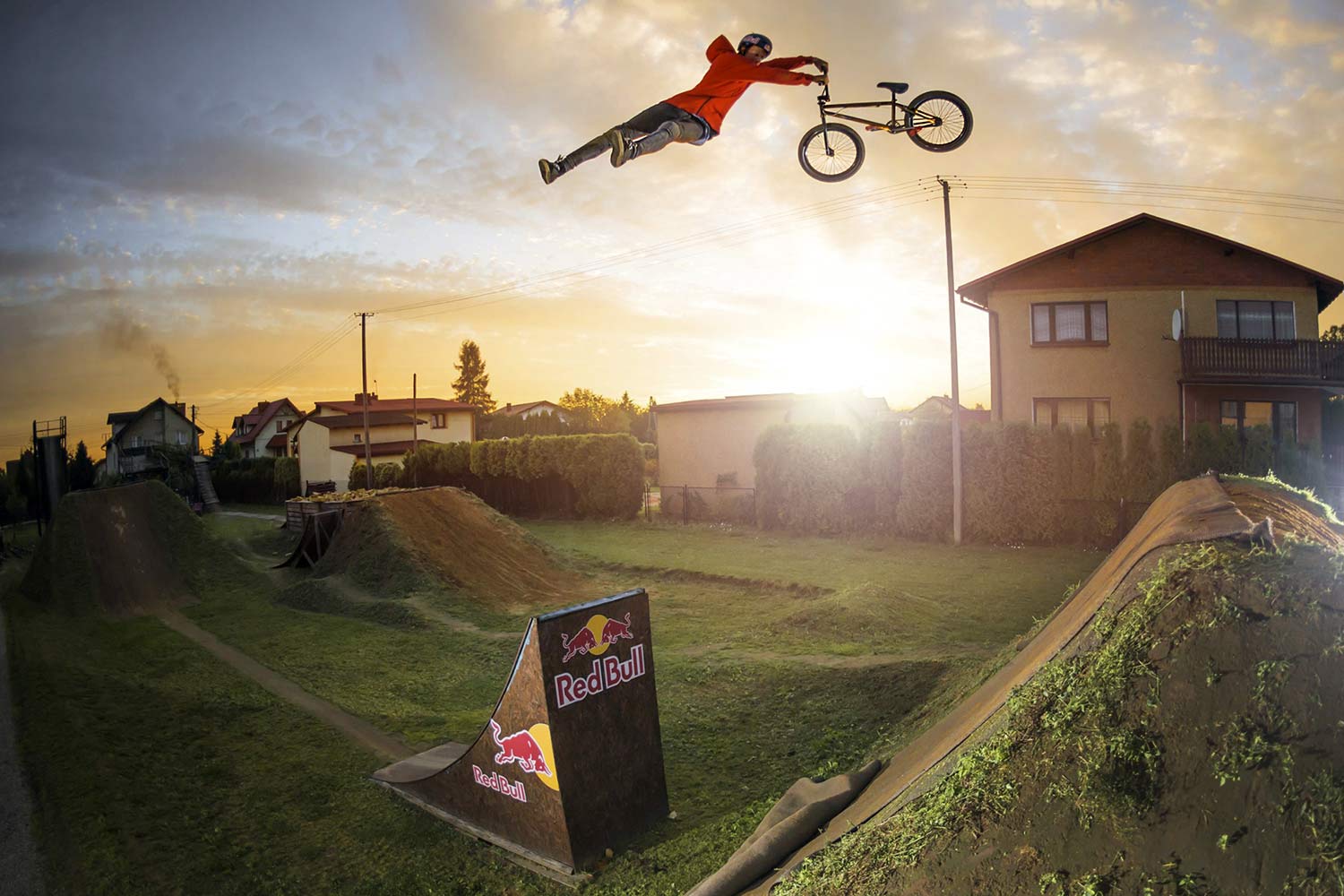 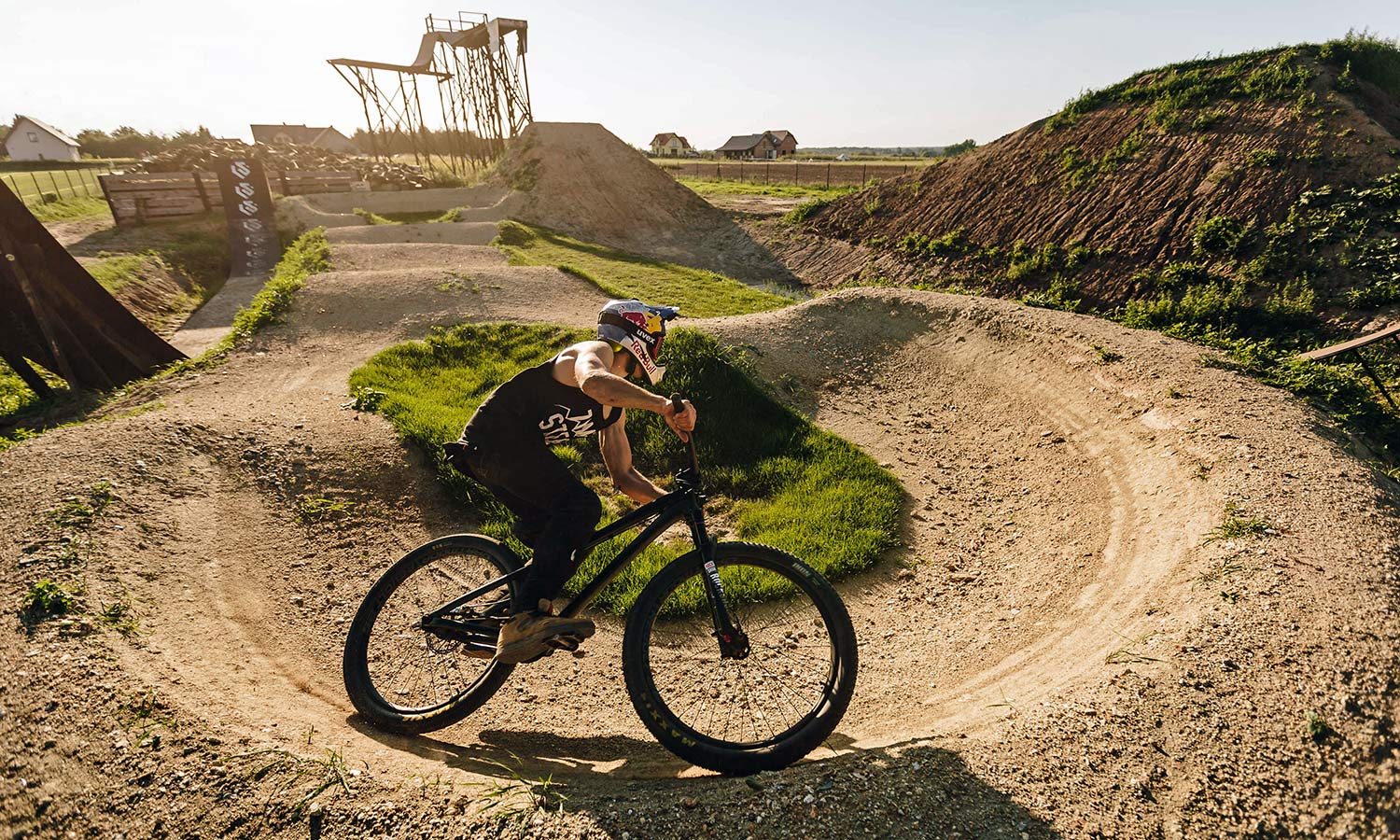 As for the Godziek Backyard bikes themselves, the two both are sponsored by NS Bikes, and compete on a wide range from BMX to dirt jump to slopestyle to full-suspension freeride bikes. But for the most part, the backyard sessions seem to be mostly on Szymon & David’s alloy dirt jump Decades. 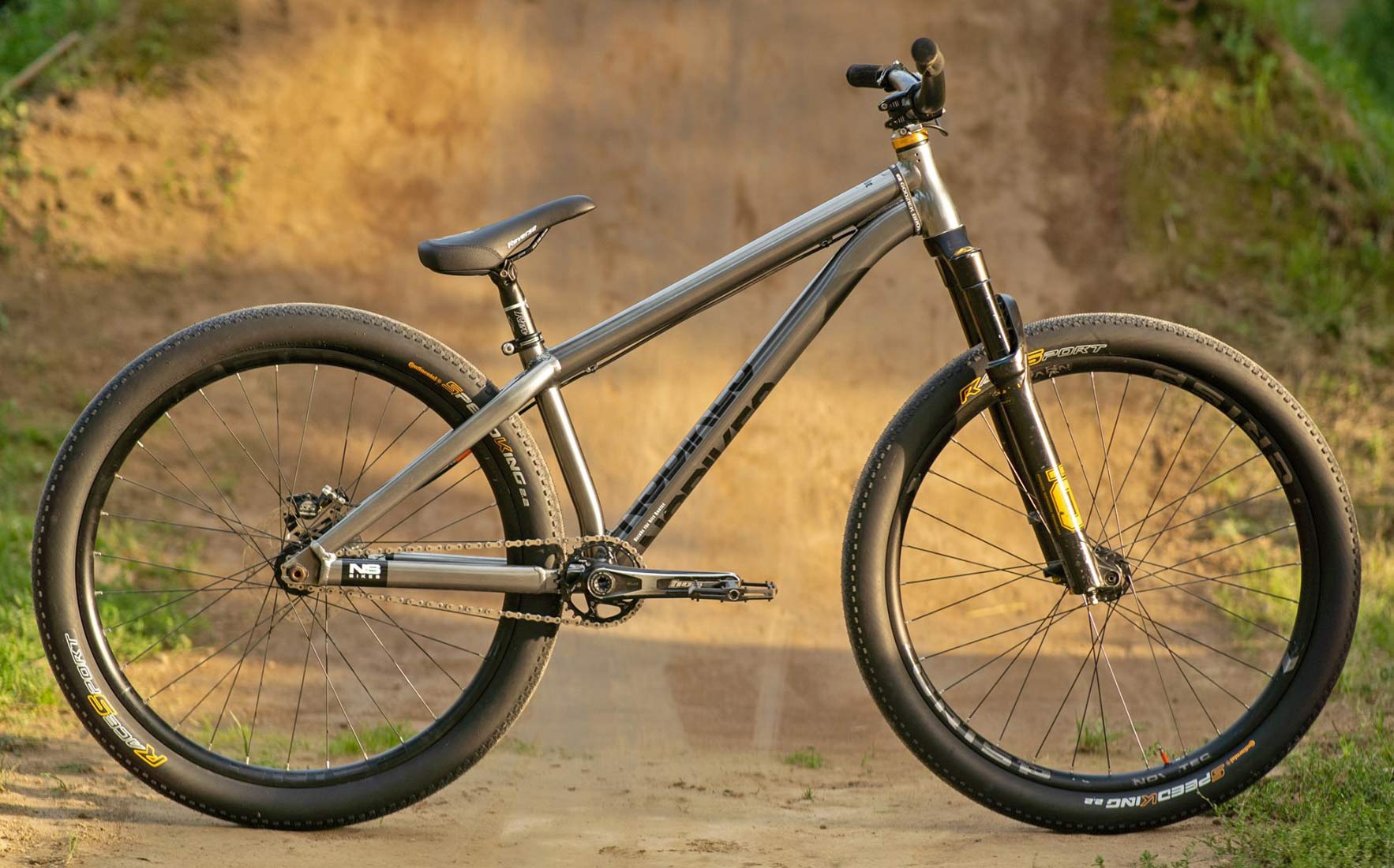 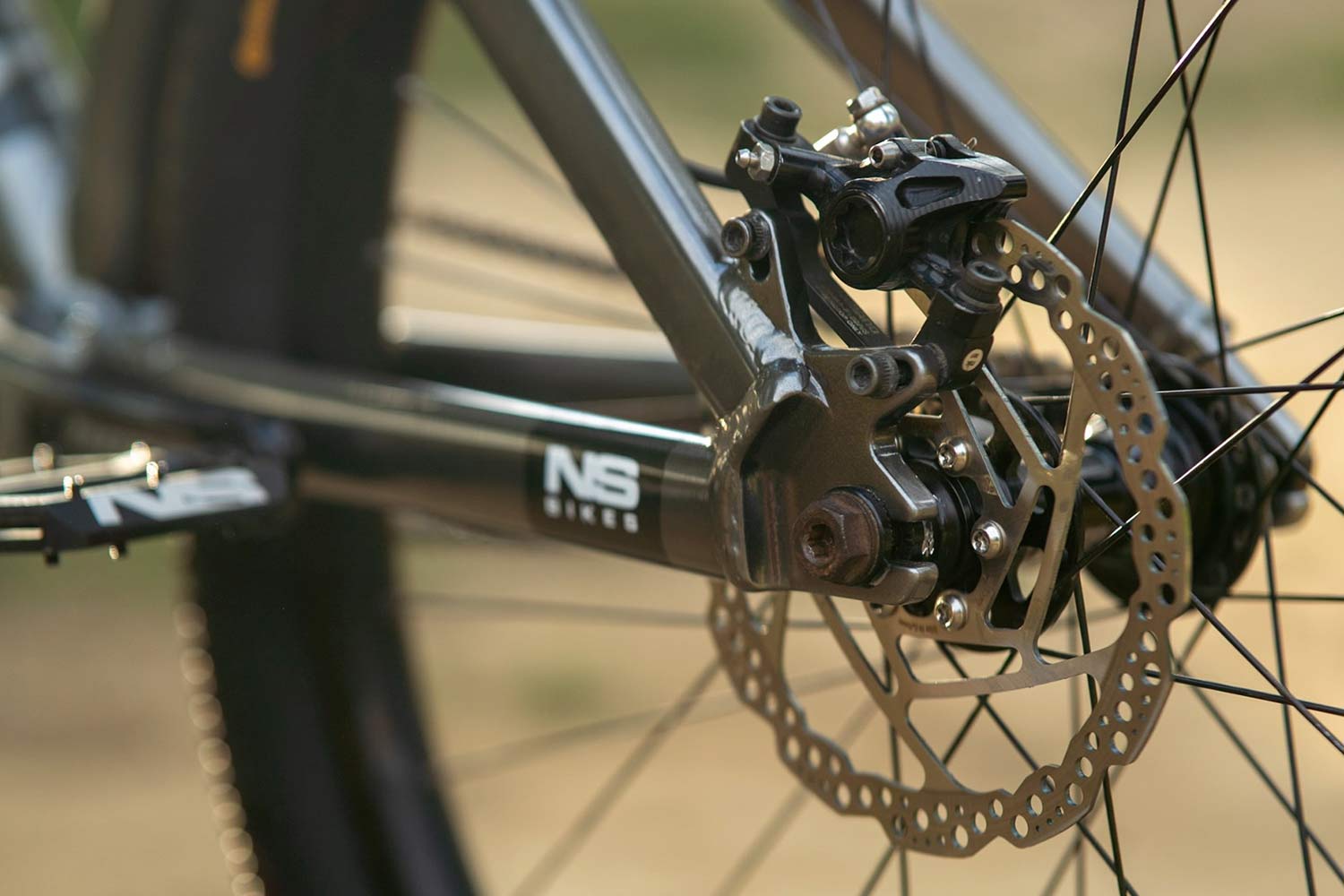 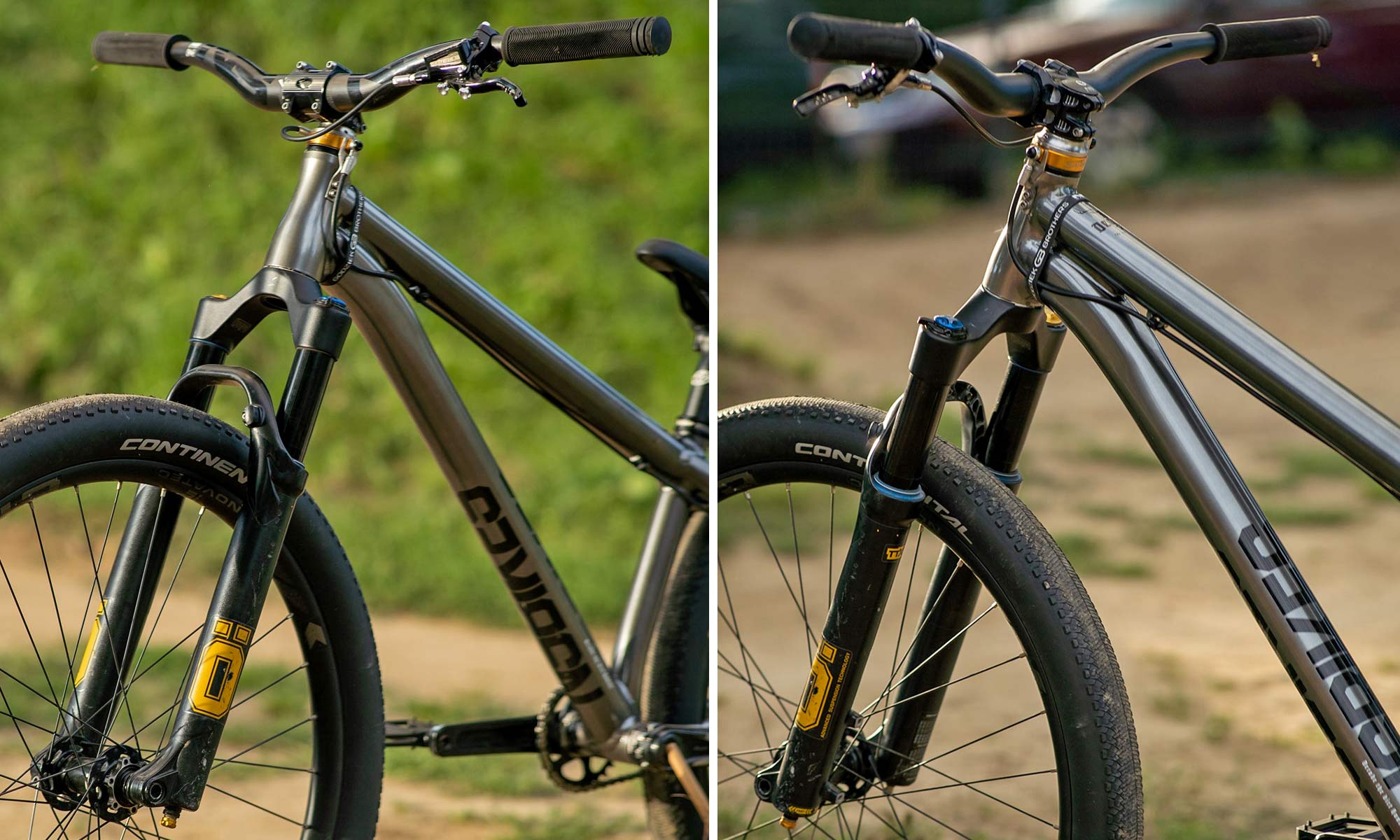 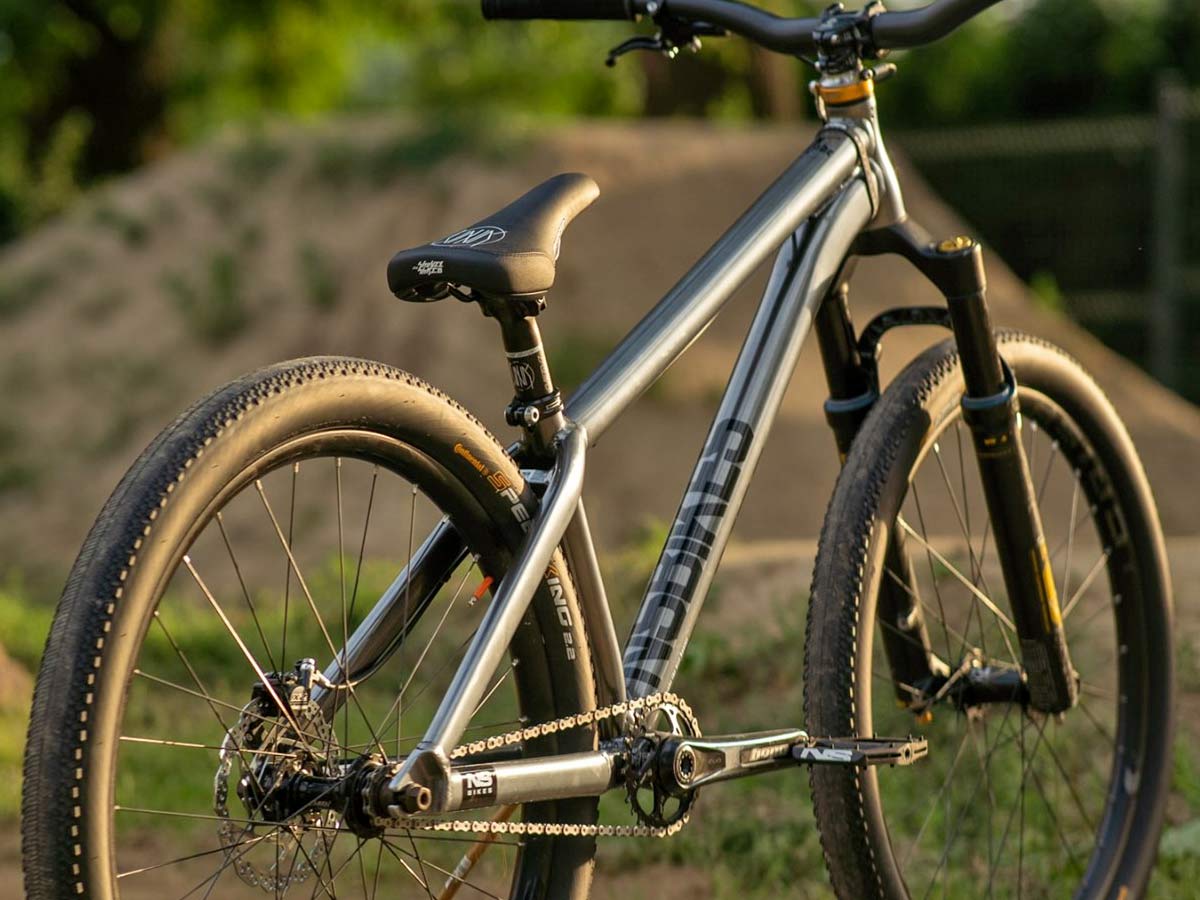 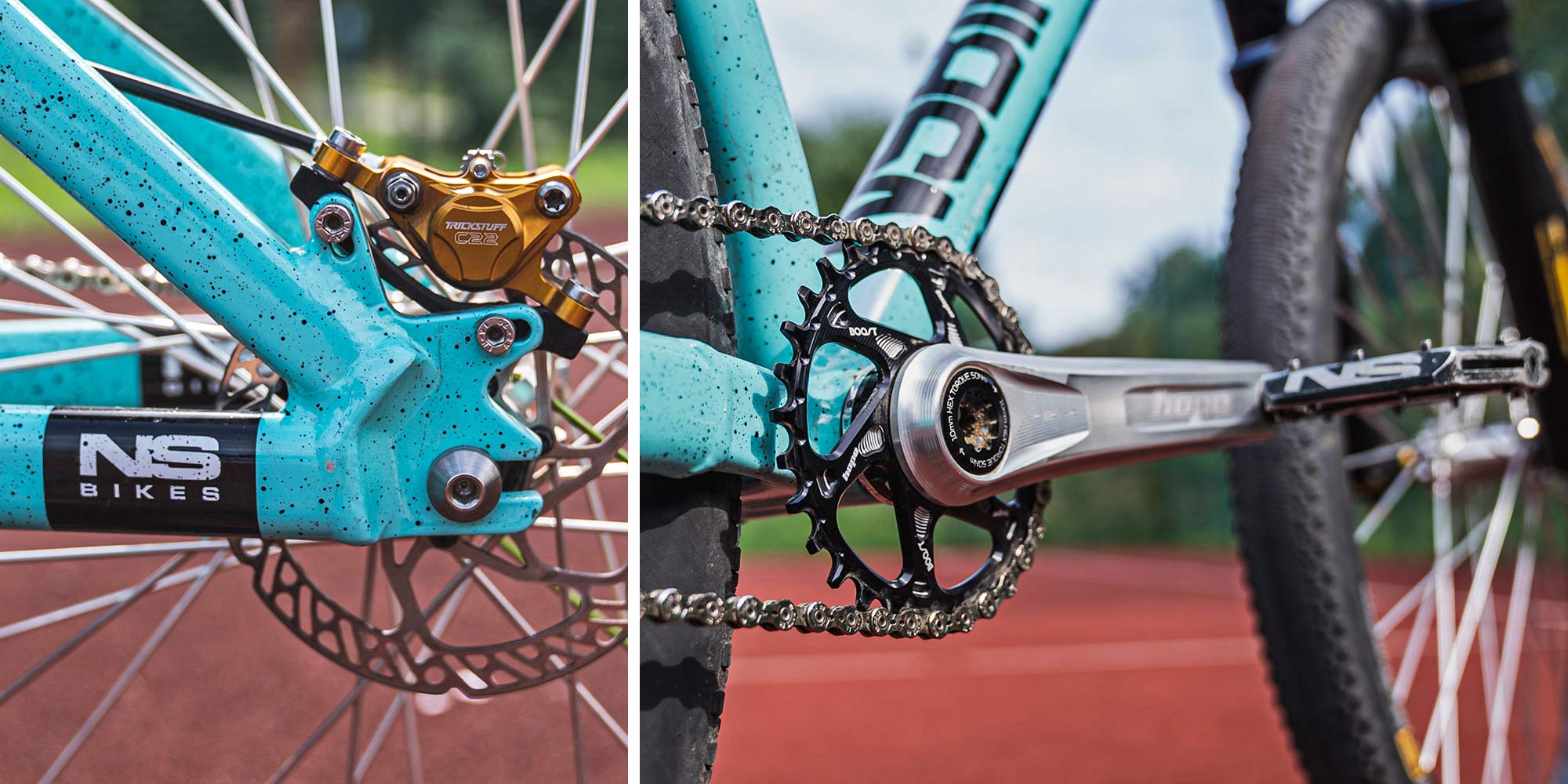 David’s NS Decade is the same alloy frame, but in a new splatter Toothpaste paint job. 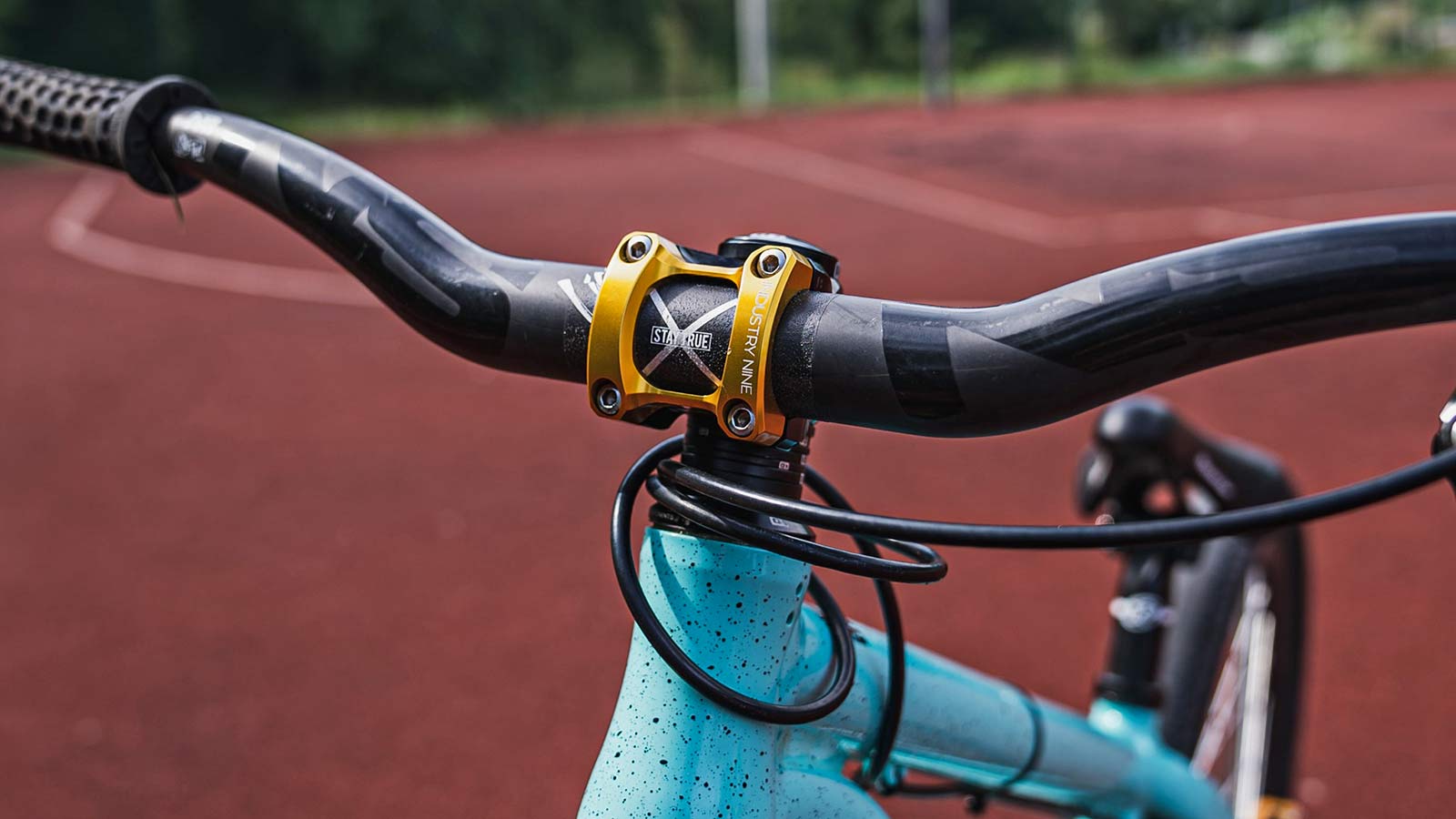 David’s build is mostly similar to Szymon’s, however opting instead for a Trickstuff rear brake with an extra-long hydraulic hose that can wrap around the steerer a few times without needing a hydro gyro, and an Industry Nine stem. 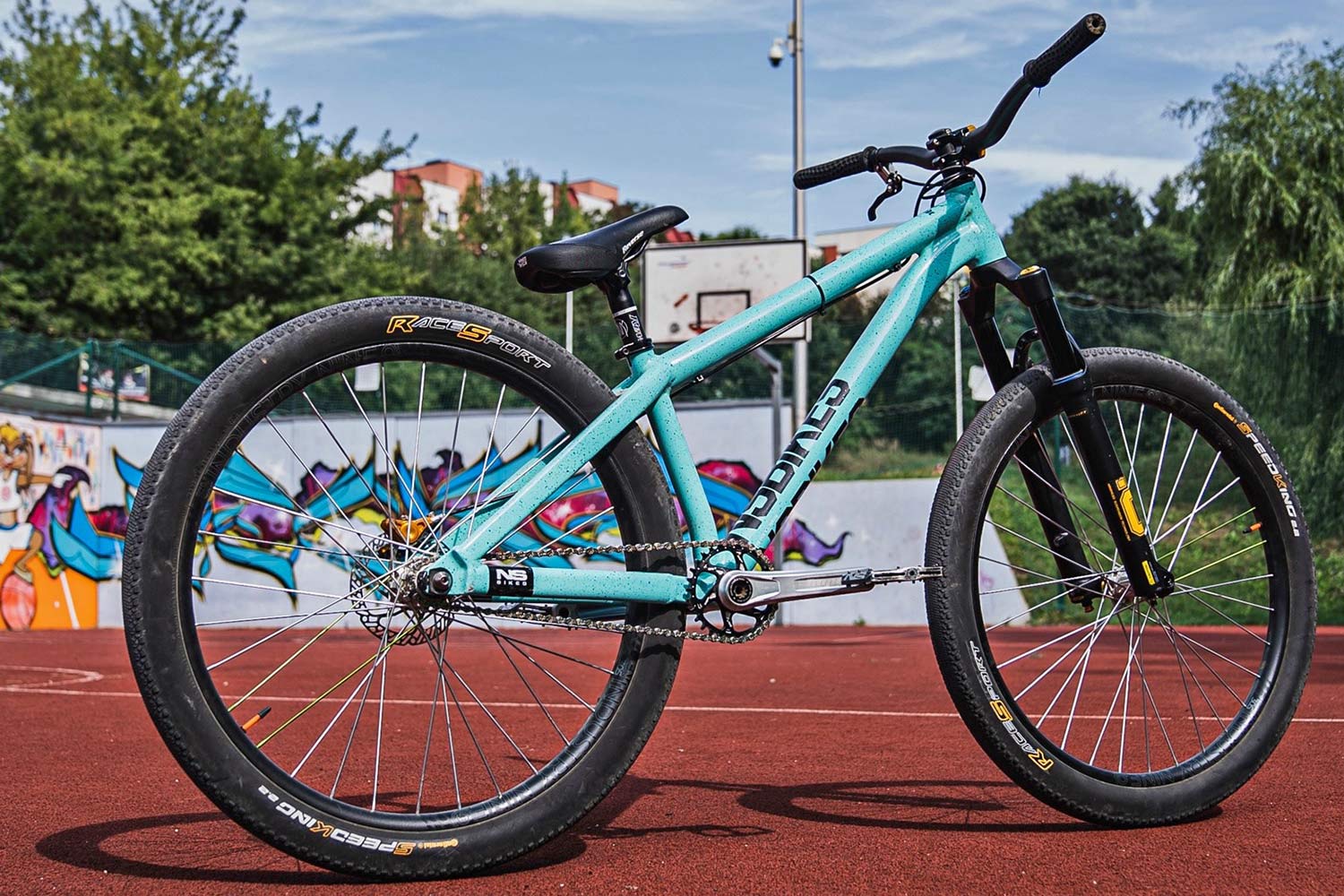