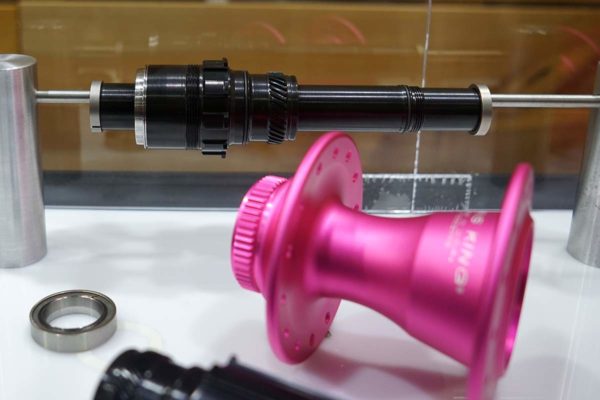 NAHBS always provides a cornucopia of new components, parts and hop-up kits, and this year we found little upgrades from some of the best. The new Chris King XDR driveshell is available for their R45, R45D Gen2, R45D Centerlock hubs. The unit, shown in black in top image, replaces the entire axle and freehub system. If you were wondering if you could convert your Chris King hubs to SRAM 12-speed, the answer’s yes: It’s compatible with all SRAM AXS 12-speed road cassettes and, using a spacer, the 12-speed Eagle mountain bike cassettes, too. 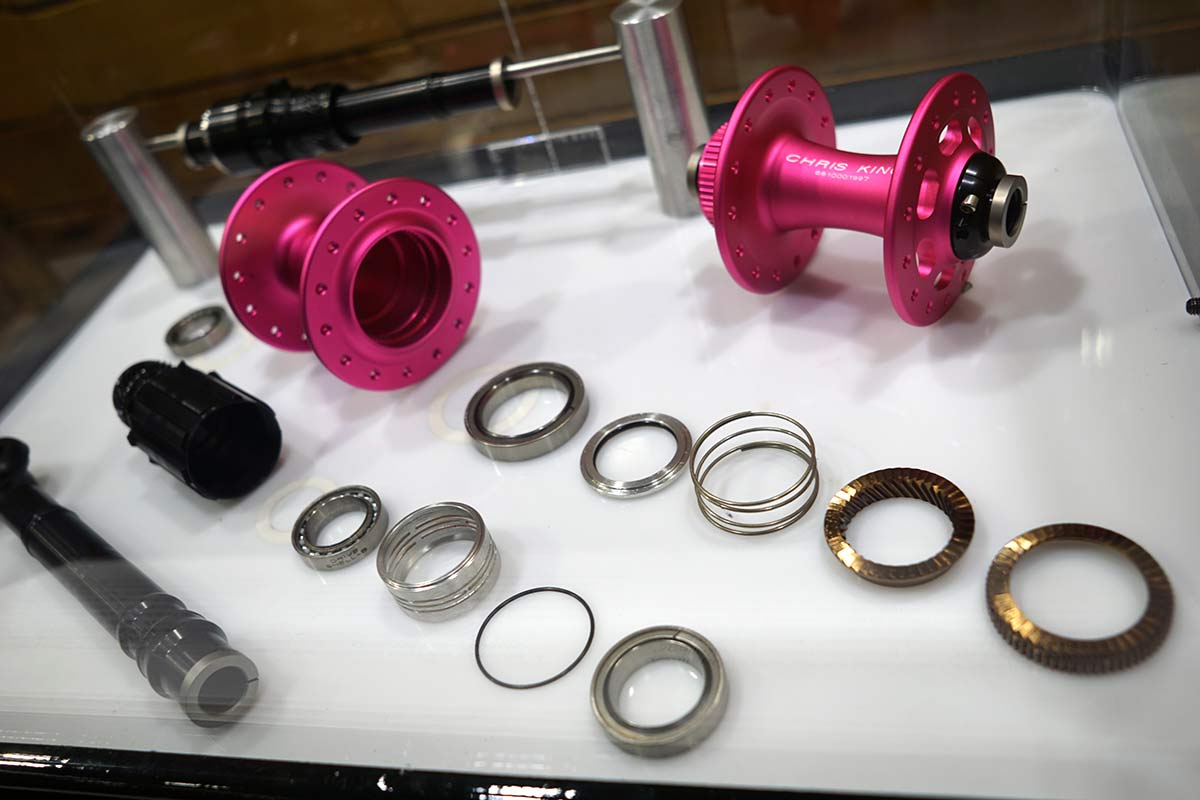 The unit retails for $309 with stainless steel bearings, or $398 with ceramic bearings. Expensive, yes, but it includes all of the internal parts for a plug ‘n’ play swap. Available in black and silver in 12×142 thru axle versions, with a 135mm QR option upon request. Check ’em out at ChrisKing.com. 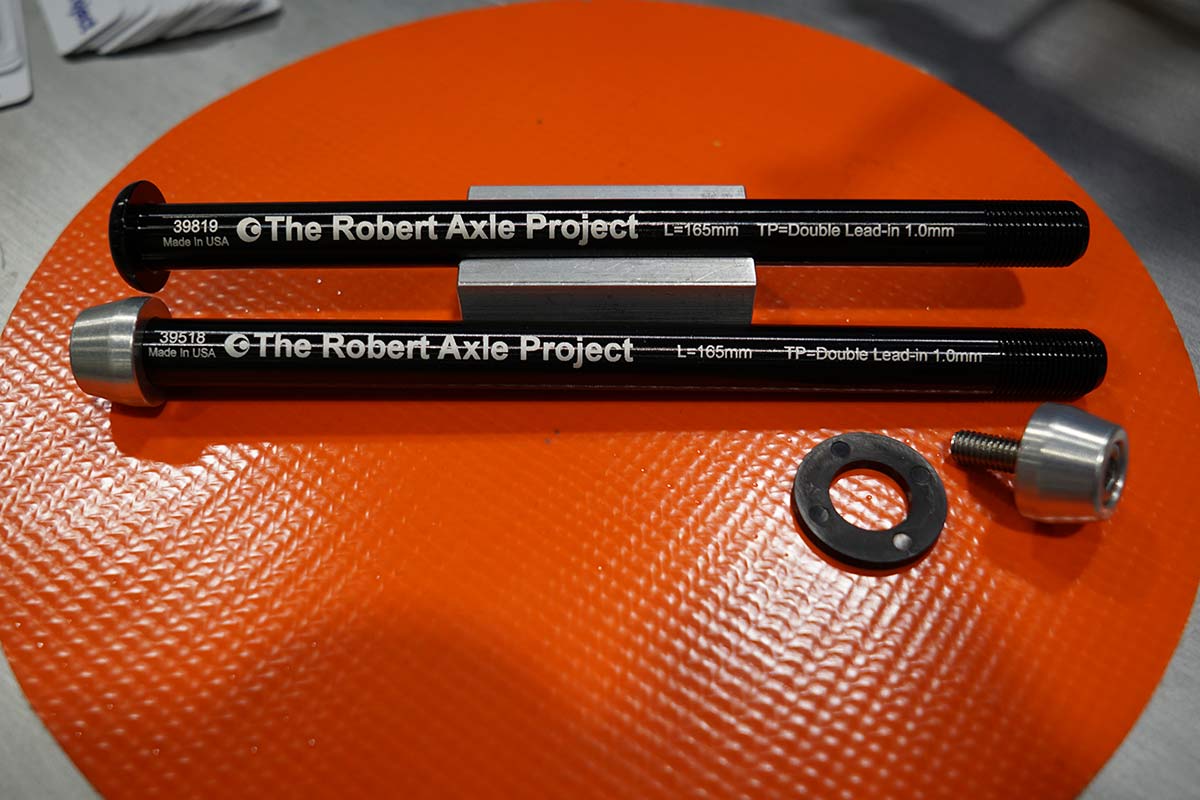 The latest options from Robert Axle Project give you replacements for the Mavic Speed Release, Cervelo R.A.T. and 1.25 Thread Pitch systems. This means you can put your kid’s trailer or cargo trailer on a bike with the Mavic Speed Release rear thru axle, or just swap out the levered stock axle for a sleeker bolt-in thru axle. It’s a 1.0 thread pitch, but they say it’s not the standard pitch and is only meant to replace the Mavic system. Retail is $48 to $52.

The new R.A.T. for Cervelo axles come with the threaded derailleur hanger, providing a complete replacement system and come in Lightning bolt-on, trailer and trainer versions for $80 each. The last one is a new 1.25 pitch axle (trainer and trailer versions) for certain Orbea bikes that use this standard. Check out all the options at RobertAxleProject.com. 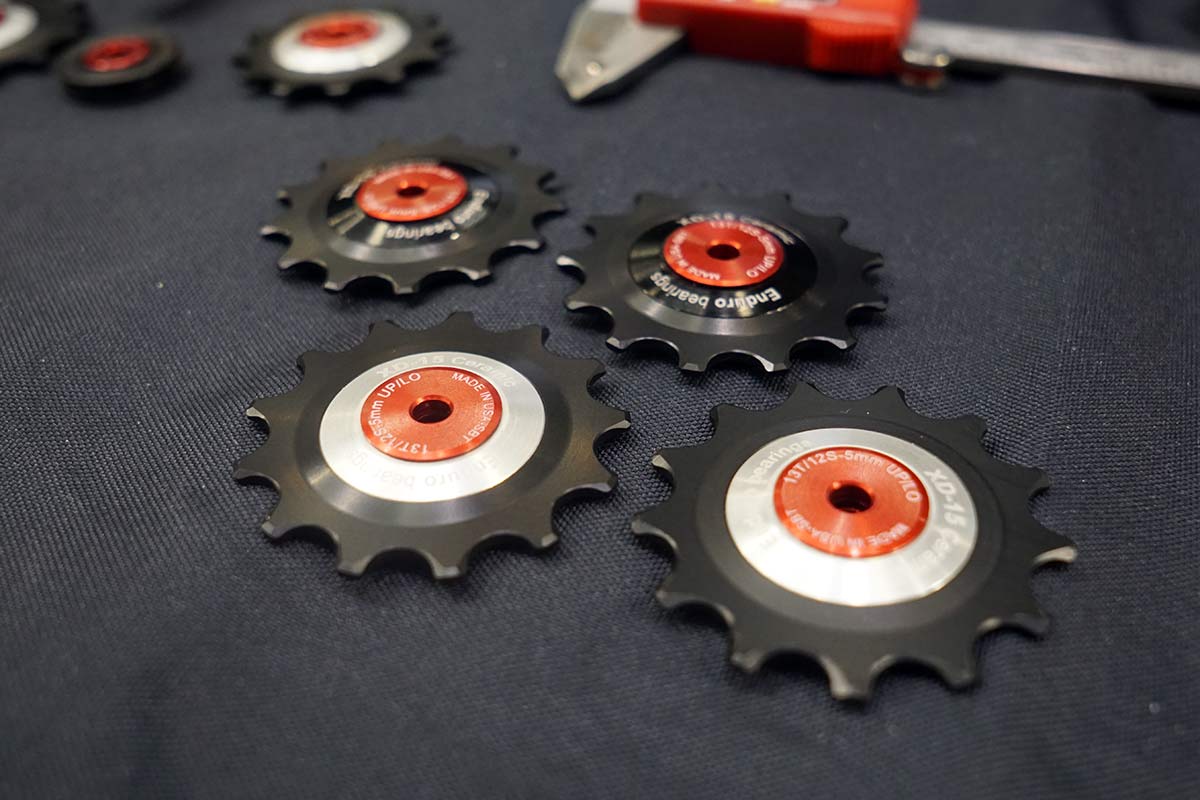 Enduro Bearings now has new XTR derailleur pulleys with 13t matches stock tooth count. Retail is $250 for the set. Side note: We asked what made theirs different from other ceramic bearing pulley upgrades on the market and they said that Enduro typically uses a slightly thicker grease inside. Which means they don’t appear to spin quite as freely as others that seem to spin for ever…at first. But once the grease settles in, they spin just as well, but will continue doing so for longer. They’re also working on an 11-tooth size for the newest Shimano road derailleurs, too. 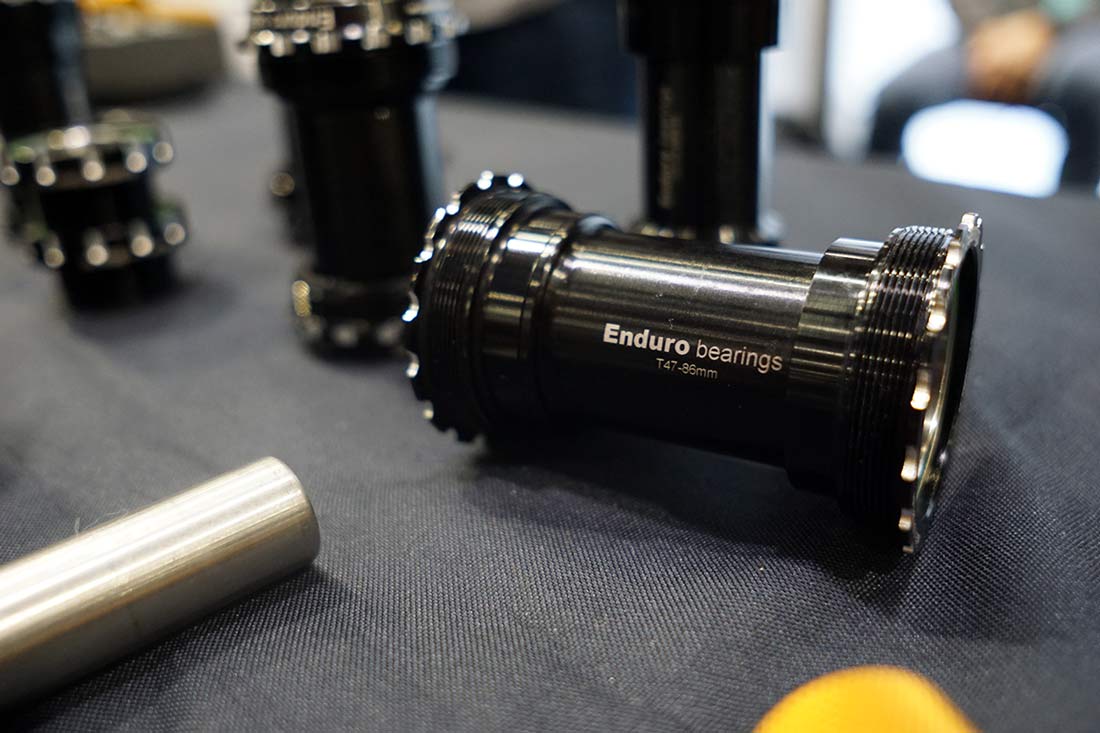 They’ve also launched an Italian-thread DUB bottom bracket in a standard 70mm size, which is essentially the equivalent of BSA 68mm, except Italian-ified. There’s also a new T47 86mm for wider bottom bracket shells, which is something a lot of smaller frame builders are using. Grab one at EnduroBearings.com.

Or AXS on a Dogma…

$250 for 2 pulley wheels with ceramic bearings – Am I so out of touch that this is a reasonable price?

No, It’s the children who are wrong