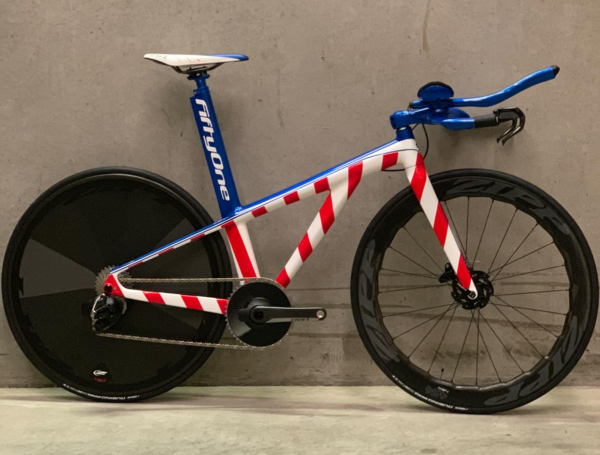 All year long, the Bikerumor Independent Frame Builder Action News Desk is fully consumed with tracking builders on social media, in their shops, by tracking tags through a catch and release program, and in independent bike shows all over the globe. This year, We (the Royal “We,” of course) are very excited to present our Grade A, B-Line list for what We plan to make a dart directly towards as soon as show doors open this Friday at the Sacramento Expo Center.

There is a lot to be excited about going into Sacramento, and this represents a very small fraction of what We know We will be dorking out about on the show floor, so use this as a loose guide. 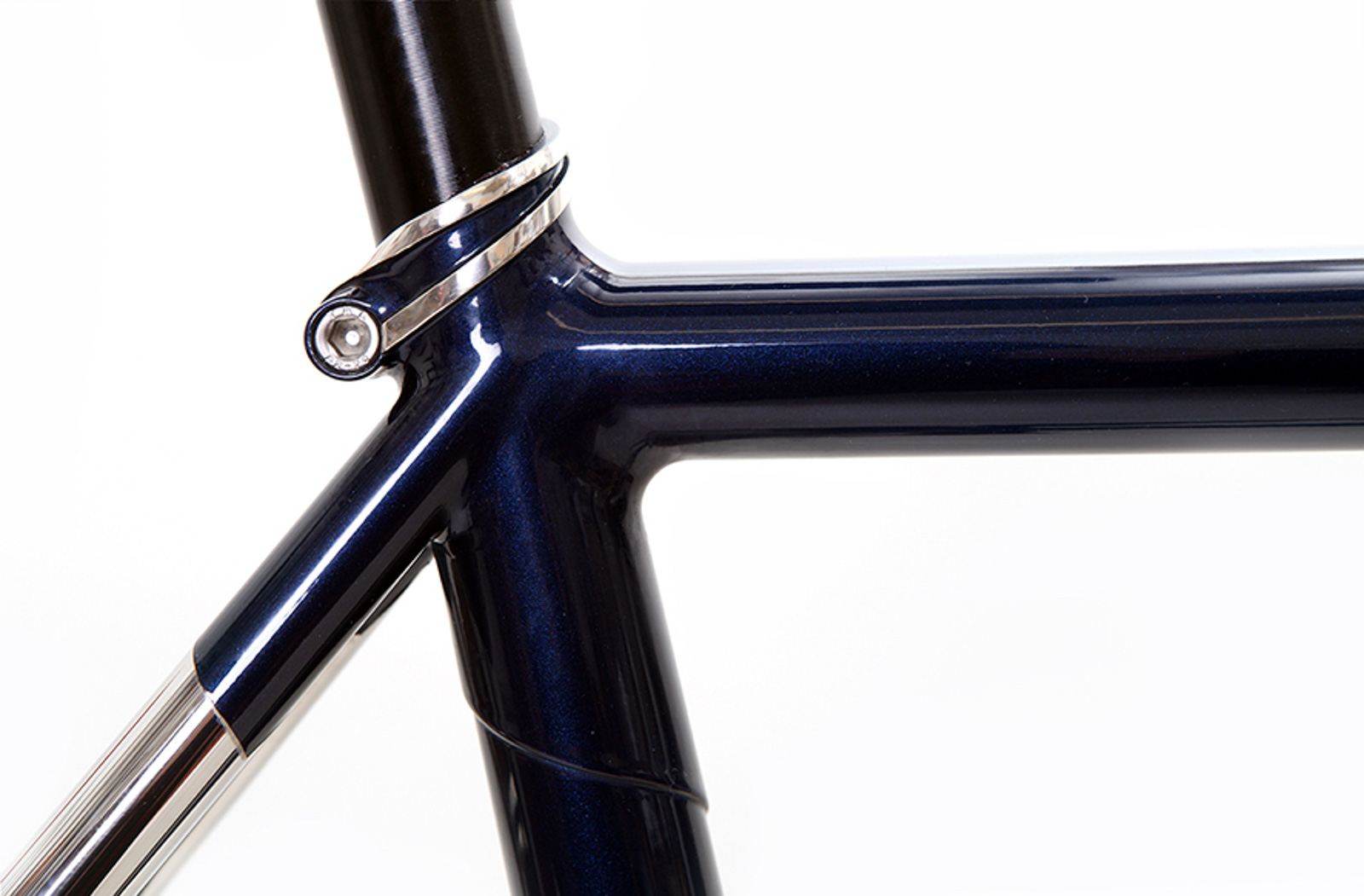 The British are, indeed, coming this year to NAHBS – and you should be very excited. Among the invaders is the immensely talented Caren Hartley, accompanied by a bike I have had the pleasure of meeting on several occasions (including at the Design Museum’s Cycle Revolution Exhibit), her Reynolds 953 silver fillet brazed gravel bike. 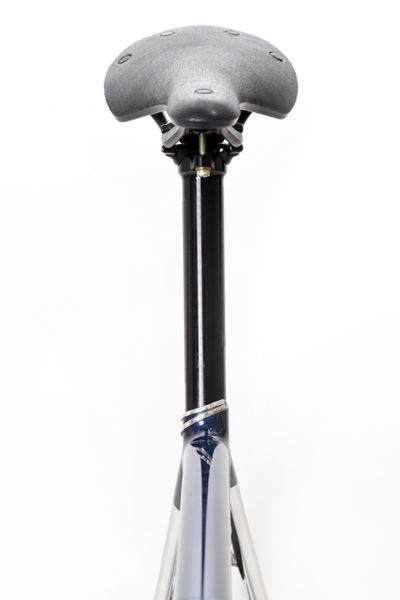 Caren’s work is exciting in part because of the scale of her focus (before she was a frame builder, she designed and crafted jewelry). Whereas some builders work expressively on a full frame scale, like a Dear Susan or an Oddity, Caren’s primary scale for expression is quite a bit more intimate, making for some completely stunning detailing. 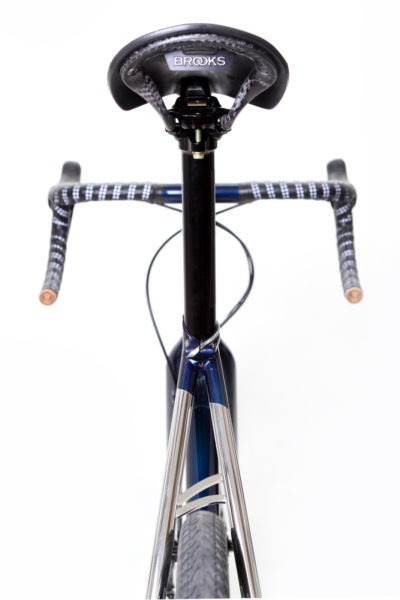 I could go on and on about Caren (and I will, later) but I have a lot of folks to cover here so I’ll just come out and say this: Caren does some absolutely stunning seat clusters… probably some of my favorites. On any bikes. Ever. The asymmetrical polished silver detail wrapped around the lug on this particular 953 gravel bike makes its seat cluster feel like something beautiful and sophisticated that I should be assembling an outfit for an occasion around… rather than a critical, functional and structural element of a piece of sporting equipment. 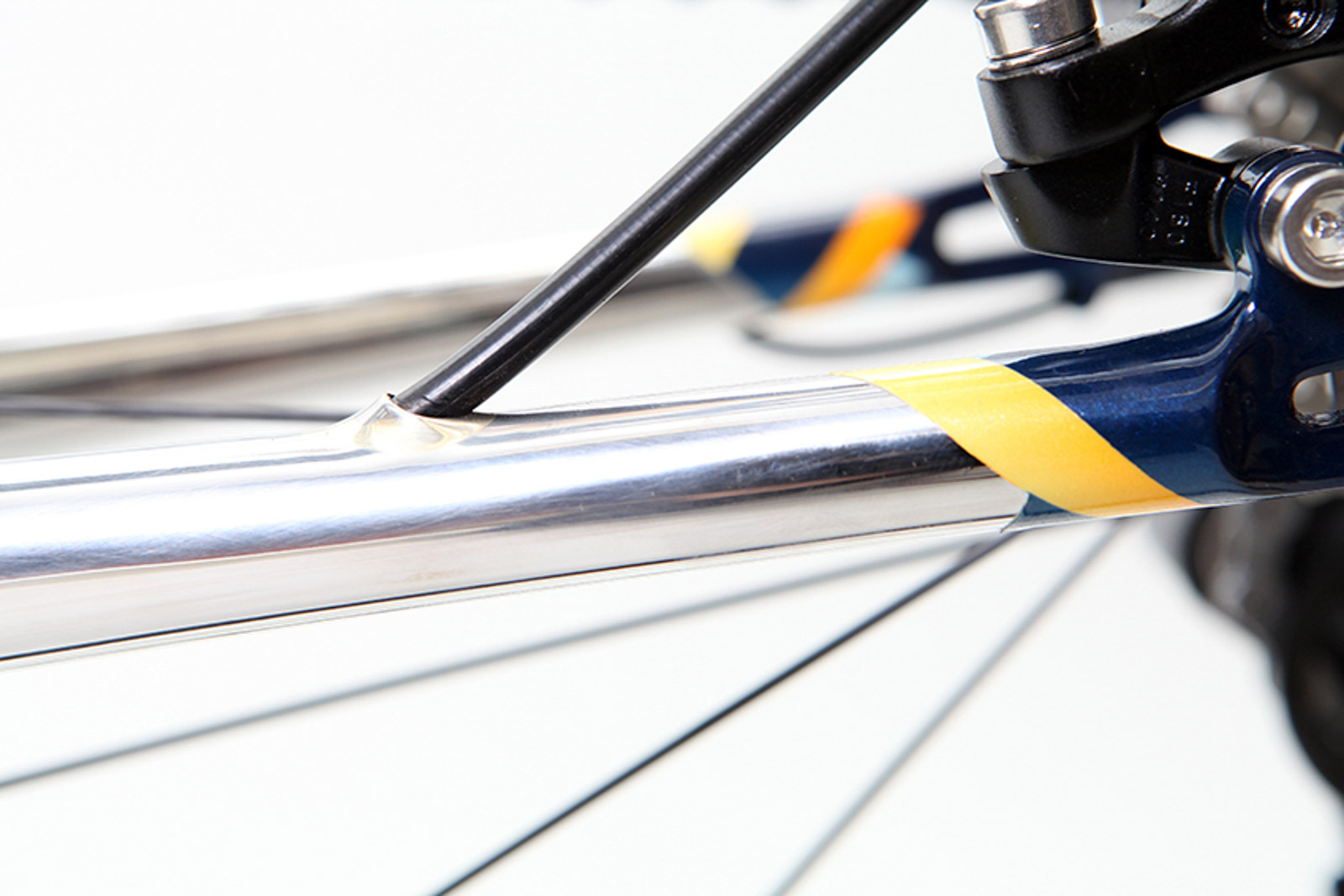 So if you love polish and precision flare, head to Hartley and take some time to appreciate the little things.

Plasma and a Mad Bastard – FiftyOne 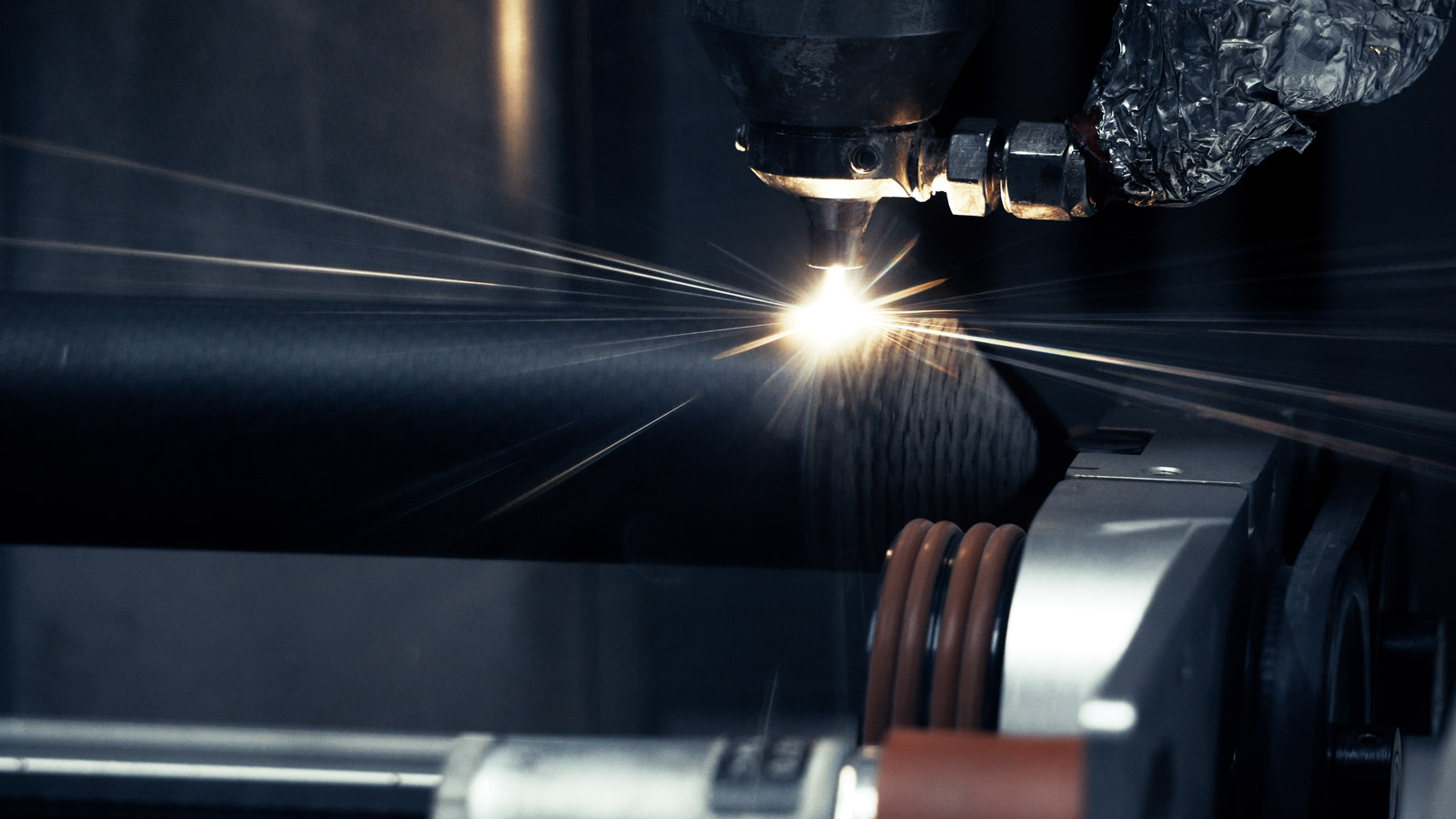 It’s easy to stop at the paint with a FiftyOne – but you’d be doing yourself a real disservice. The brand has dug in on developing and refining a process for helping their customers to realize dream bikes beyond their wildest imaginations through fantastic and sometimes quite elaborate and holistic whole-bike paint and styling.

But under all that stunning paint beats the heart of a technically advanced and sophisticated world-class carbon performance machine. FiftyOne has been working with the University College of Dublin on their new PlasmaBound bonding process, and they’ve actually been using on their bikes for some time now. This year though, the process is finally patented so FiftyOne is able to talk about it – and includes it in the production process of all of their bikes.

FiftyOne’s bikes are made by bonding prepreg carbon tubes together, and typically hand sanded at the joints to improve adhesion. Now, they’ve developed a Controlled Polymer Ablation process (CPA) which uses an arc of plasma to remove all of the surface epoxy between carbon strands in a non-destructive way to the carbon itself. The result is a much better bond that actually goes between the fiber strands and claims to increase shear strength by 21% with no weight penalty. We’ll get more into this in a separate post, but it’s rad. 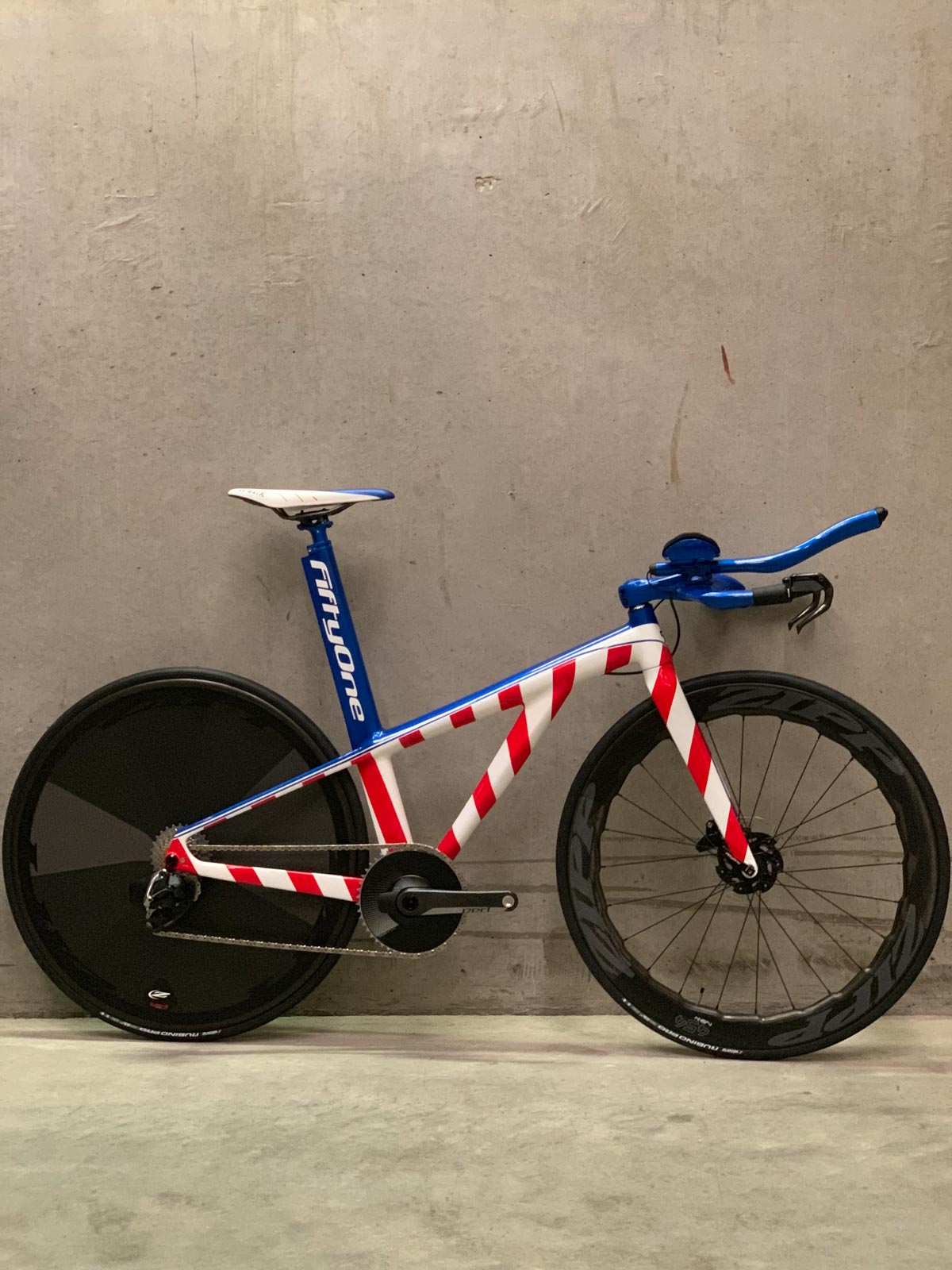 How is FiftyOne celebrating? Meet the Mad Bastard… a product flex that will tug at the heart strings of golden era road racing enthusiasts. Don’t miss this madness.

History of PAUL According to PAUL – PAUL Components 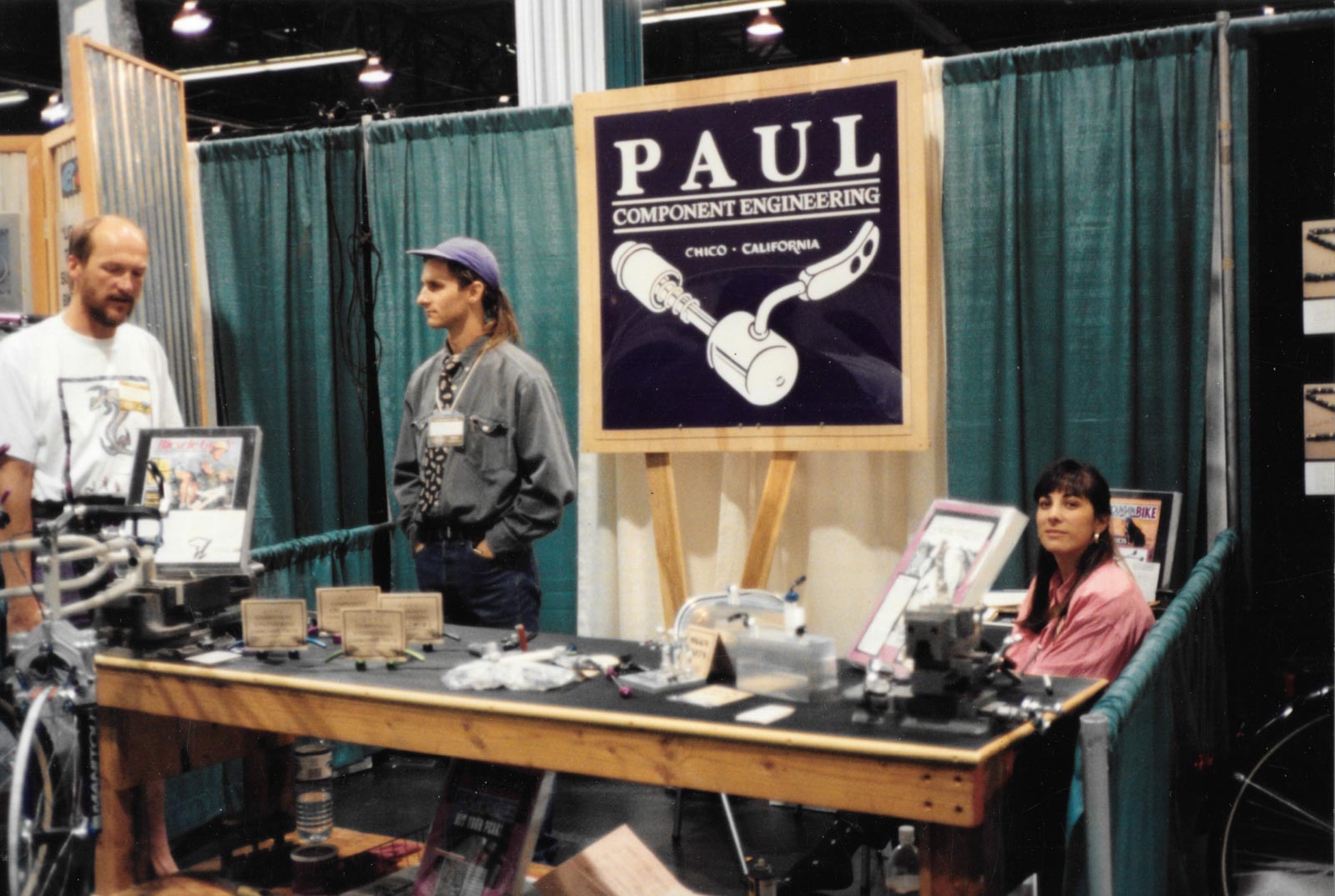 Celebrating its 30th anniversary this year, Paul Price and his gang of miscreants is coming to NAHBS with something to drive history junkies wild: a display of PAUL Parts Past (I know my heart is beating a little harder at the thought). 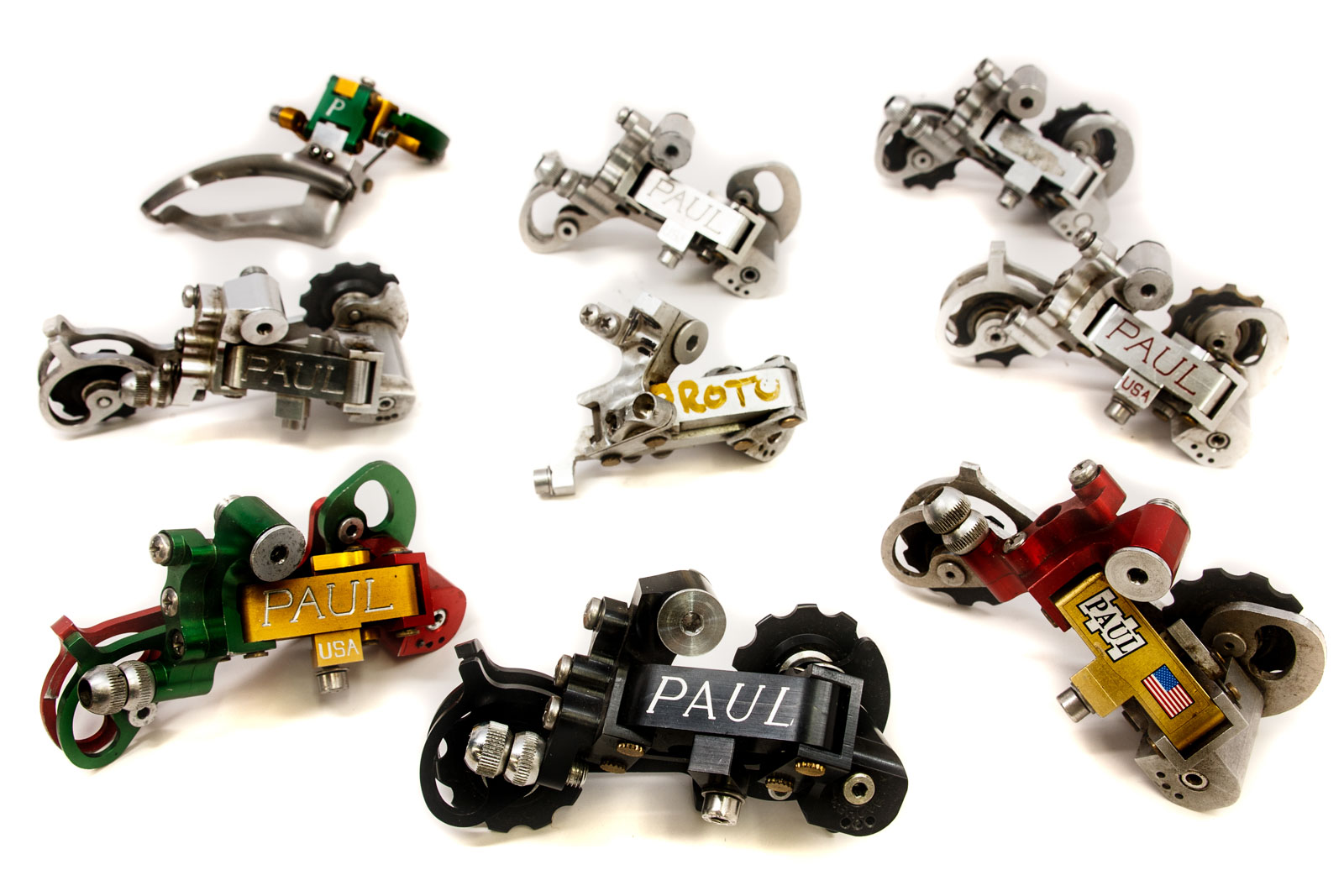 Look forward to prototypes of now famous products, first iterations of products we now know and love, and a graveyard of PAUL projects past. 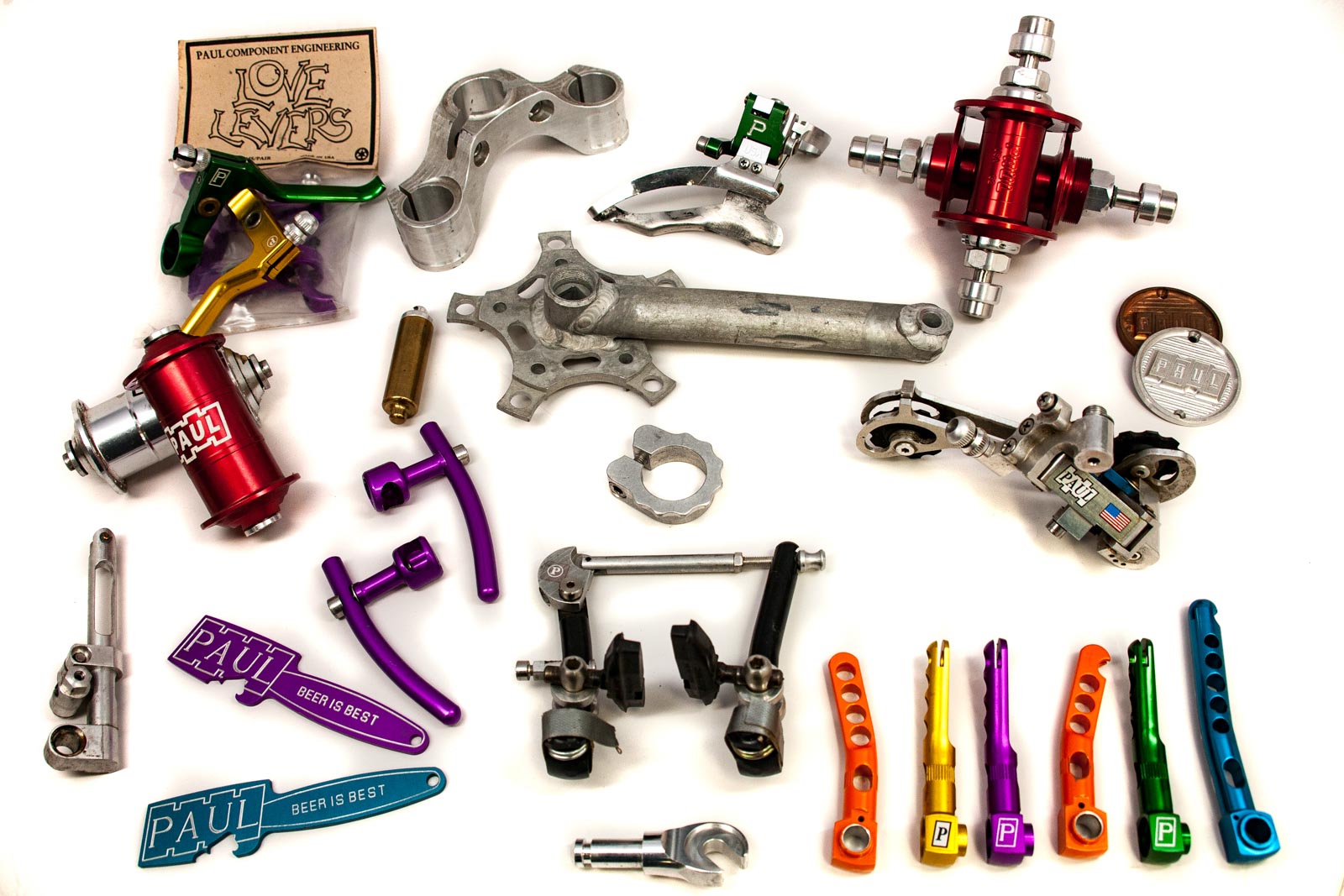 And definitely don’t miss the “Sierra Shredder,” a Sierra Nevada-themed collaboration with Retrotec, White Industries, Velocity, Oddity, and Pass and Stow racks. More on this one later. 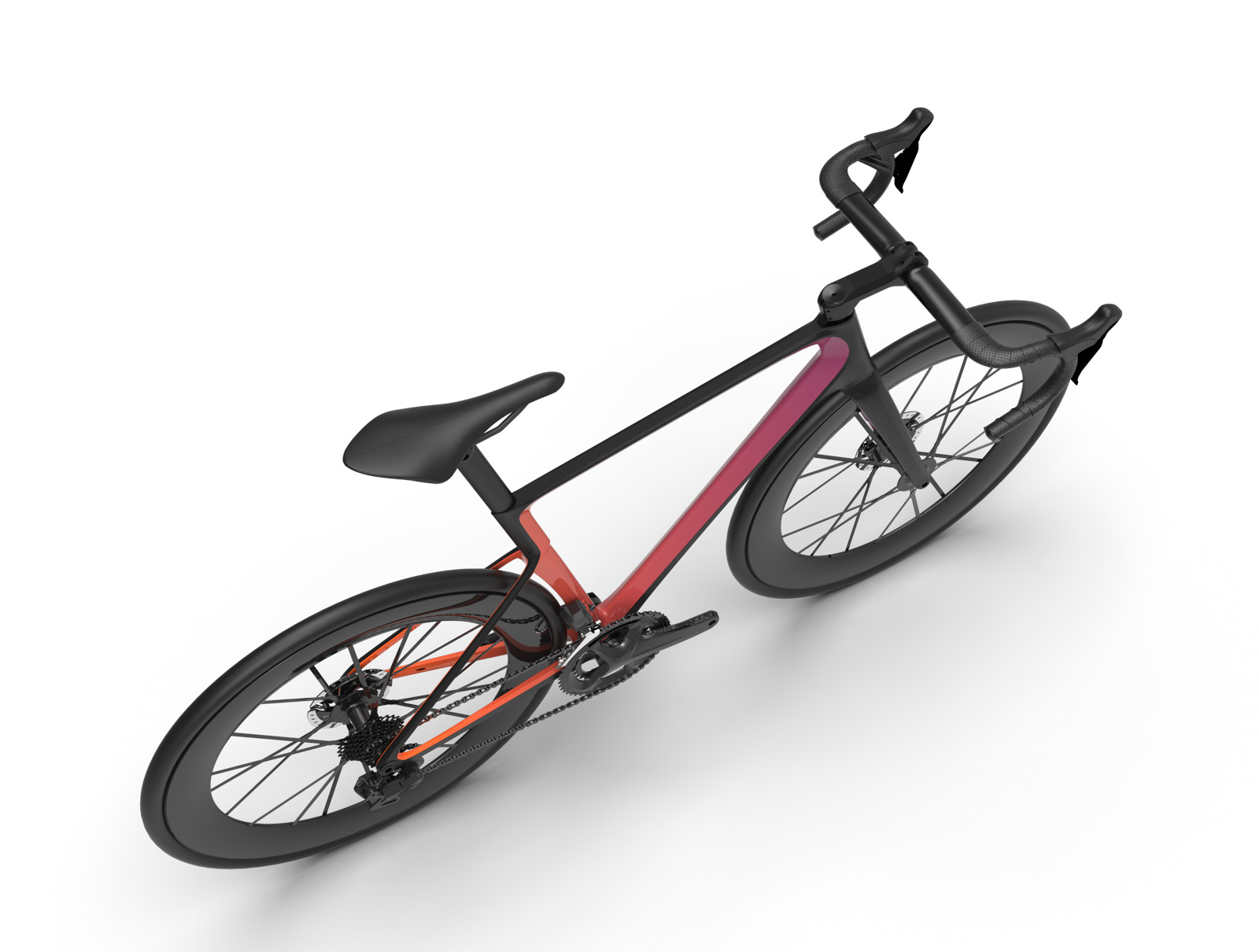 Fans of the titanium brand are sure to be surprised by something suspiciously monocoque in the booth this show. In addition to their typical fare, Triton has been busy collaborating with their new shop roommates, Kinesis, a firm that specializes in carbon fiber wheelchairs.

During a lunch one day, they realized that with both workshops’ powers combined they had all the technical knowledge and experience together to make a carbon frame. Brave leader of Triton and fuzzy hat enthusiast, Dmitry Nechaev commented, “While I am in love with Ti bikes and the customization they can offer, we are often asked if we will make carbon bikes. People like our vision… but I couldn’t do it on my own.”

Look for the stylish prototype of their new carbon brand, Pushka, at their booth. 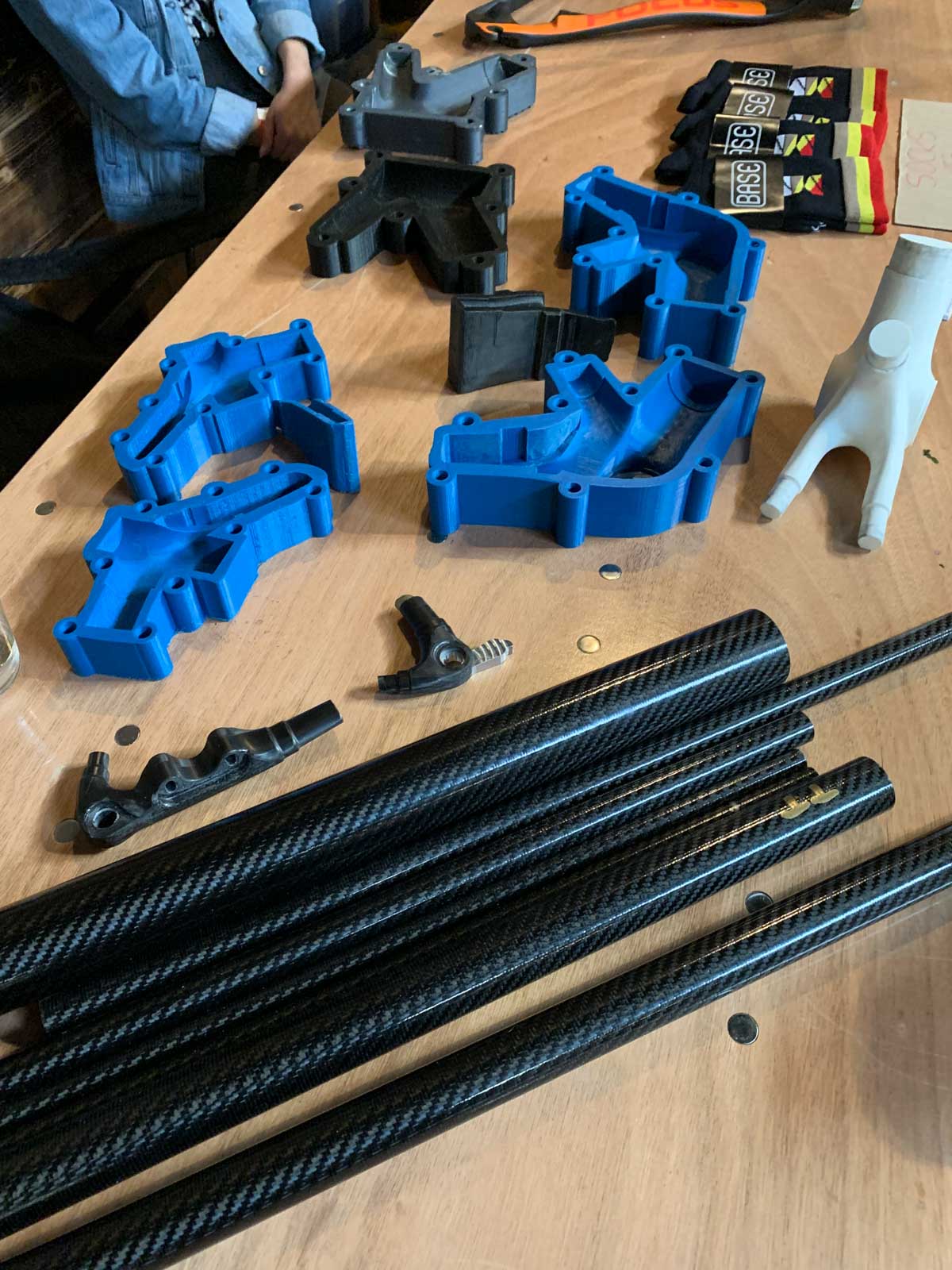 Hern Montenegro, the steady hand behind behind Montenegro Mfg has upped his game substantially since his NAHBS appearance on new builder’s row in Sacramento in 2016. Armed with a new tool kit he’s developed especially around his new MMFG TFIN road bike, involving a modular 3D printed mold and dropout system, he’s cut his labor time by 30% while reducing waste and alignment errors. 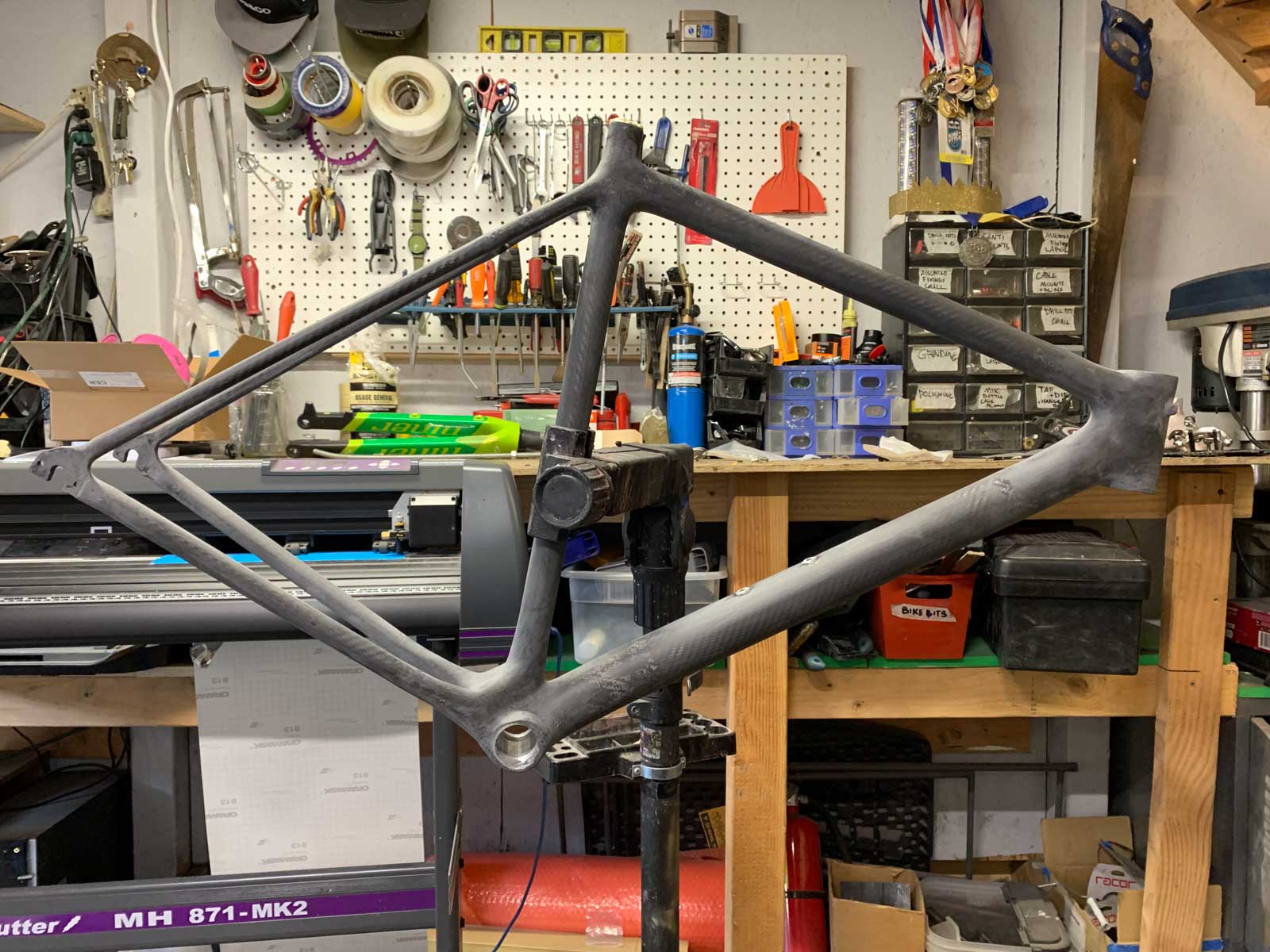 The result is a more accessible model of US carbon production, one that allows for custom sizes by utilizing custom geometry 3D printed molds. 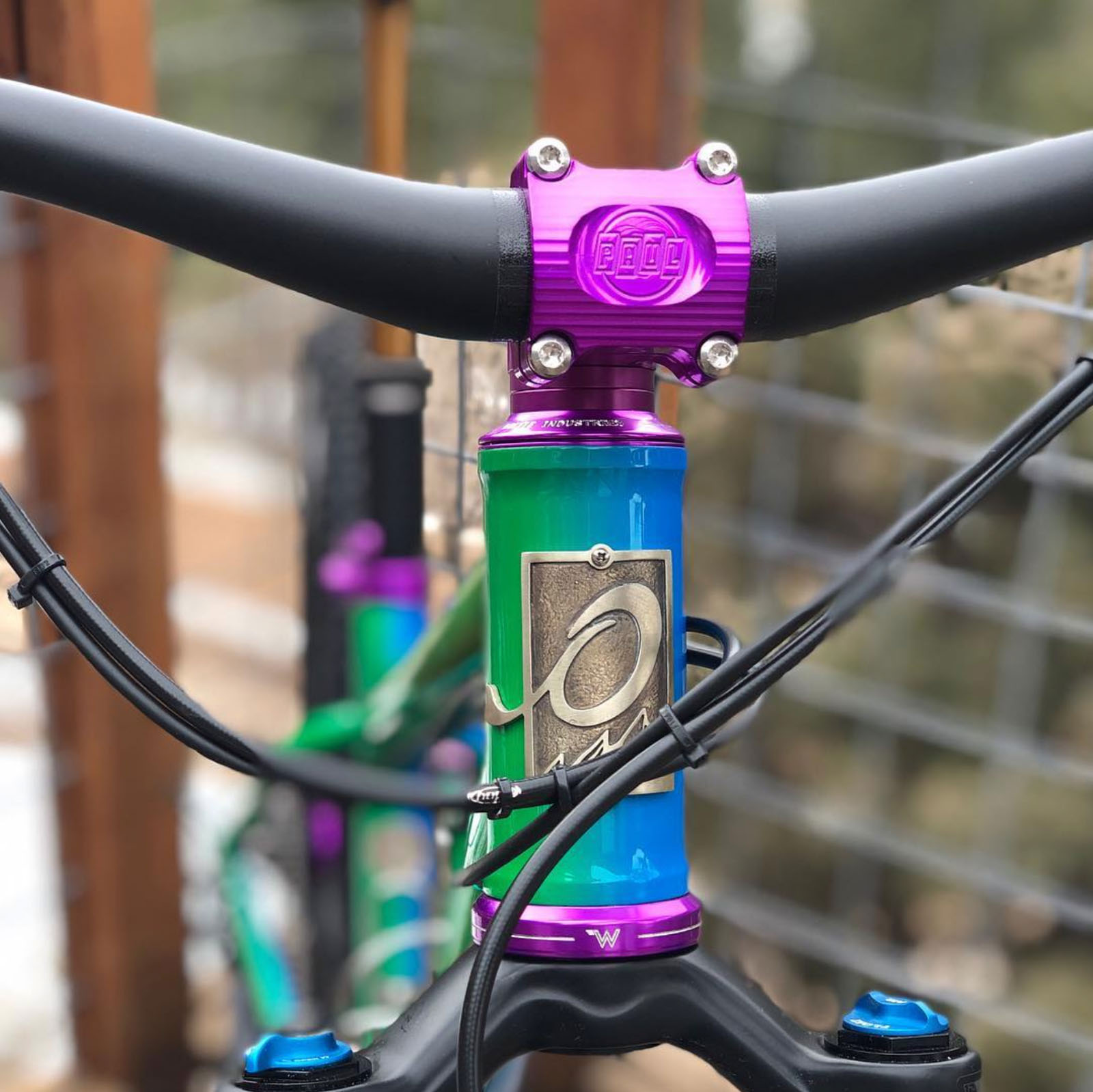 Pete Olivetti (yes, that Olivetti) has been busy since his debut last NAHBS with his Thunder Pig on new builder row. His new creation, the Loam Roamer, is designed to be a better mountain bike overall (though the Thunder Pig is a rad machine, it isn’t for everyone, he confesses). The tukt rear center at 425mm accommodates a 29×2.6 “no problem” up to a 2.9×2.8 “depending on the tire) is accomplished with a partial plate yoke on the drive side and a bent seat tube.

The version we will see at NAHBS will be set up as a rigid single speed endurance race bike with a 90’s drive/non-drive split fade (always nice to see) by Ollie Cleveland at Dark Matter. Style matches the customer, an old college friend, Tim, who according to Pete, “might be a bit stuck in the 90’s – maybe even further back.” The styling and anno echoes beloved bikes of Tim’s collection of the era, including Klein two tones and Yo Eddy’s.

Stop by and get your fade-fix. 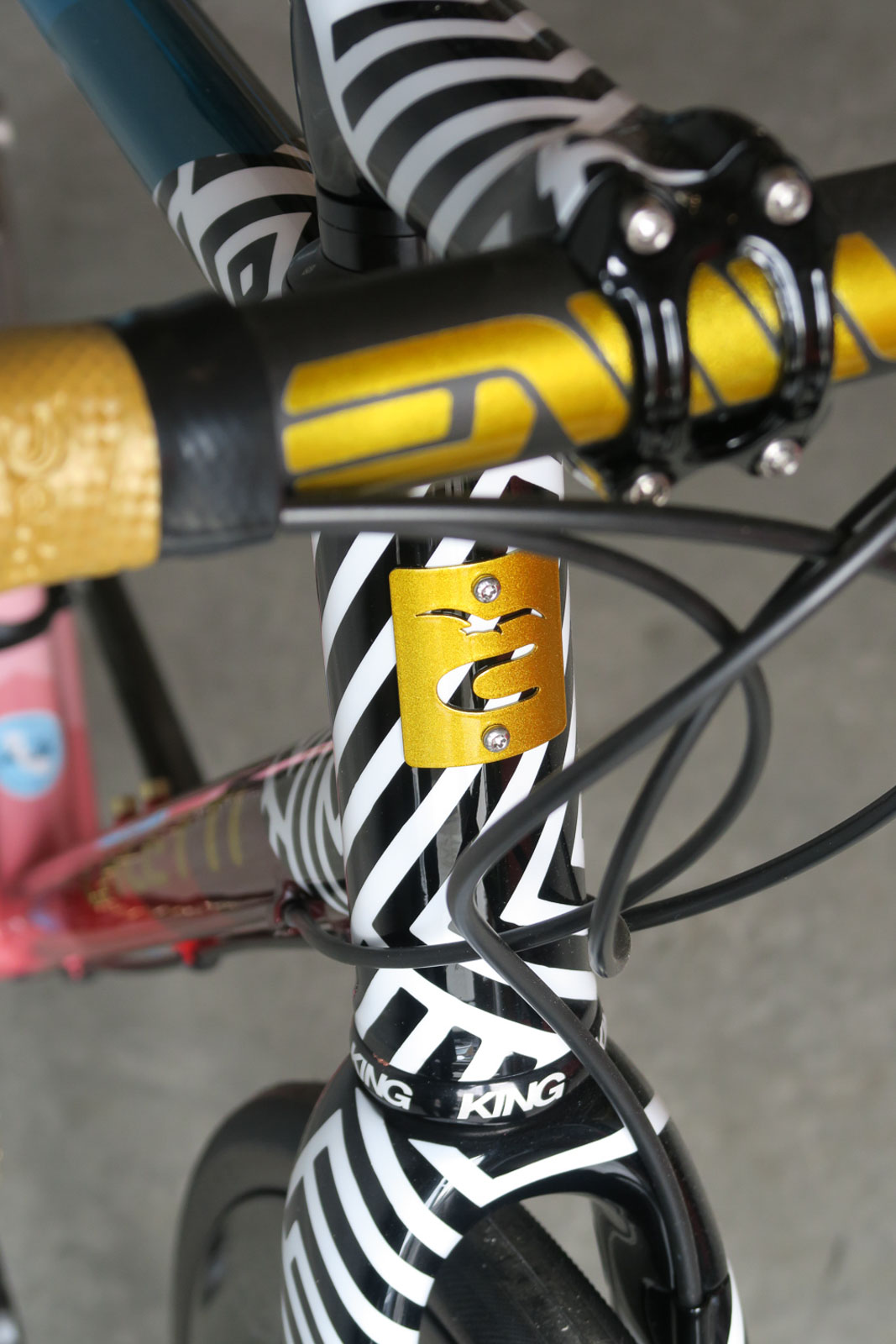 Among the flashy finished bikes at the Caletti Cycles booth (rumor has it that donuts and sprinkles will be in play across several platforms!) you’ll find this Titanium Adventure Road bike, another artist collaboration with the builder. The eye-catching paint and finish was designed by Jeremiah Kille, the artist he joined forces for with last NAHBS, Sacramento. 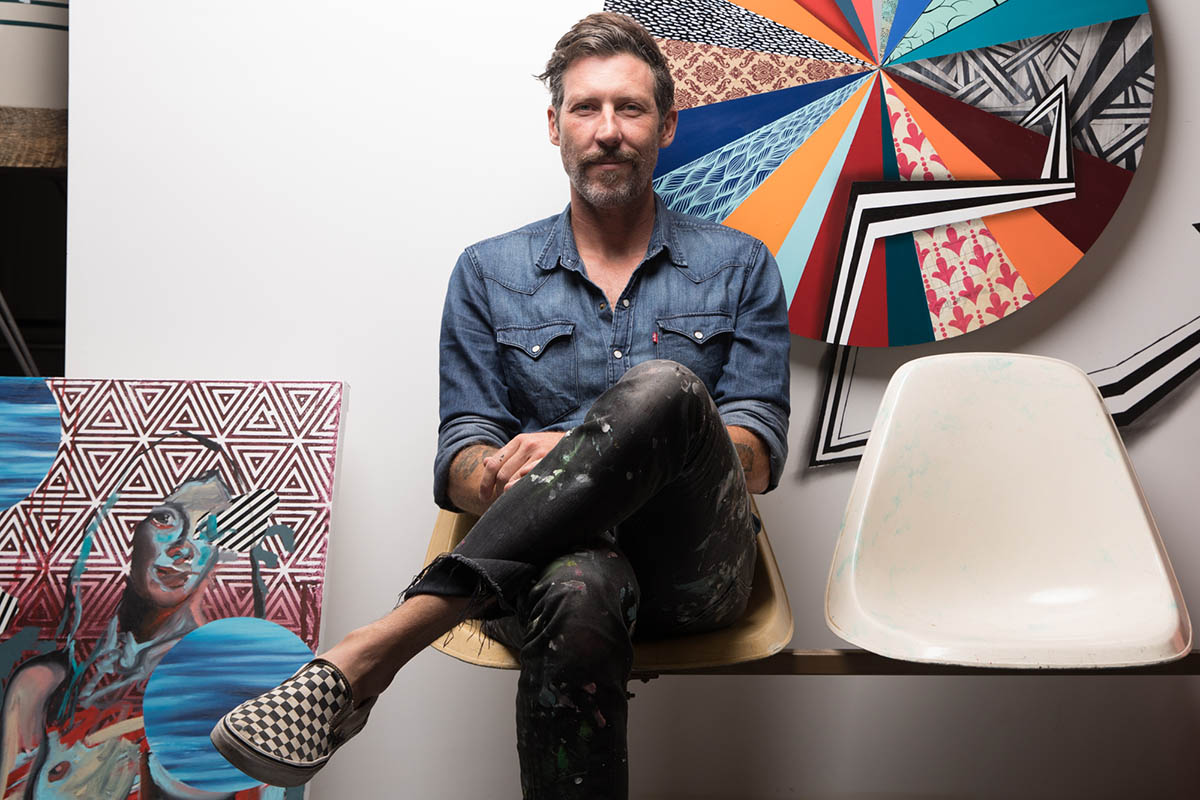 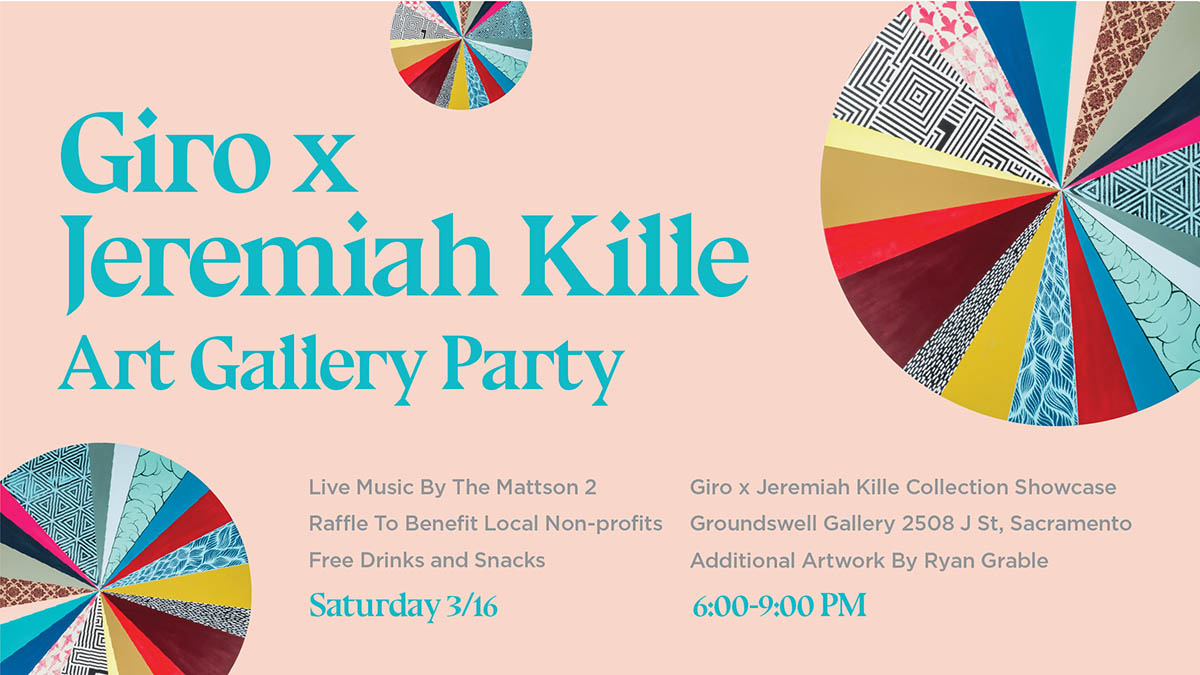 Jeremiah will be having an art show at a gallery this weekend with an opening Saturday night (check Caletti for details) to coincide with the release of a new kit design the artist has developed for Giro. 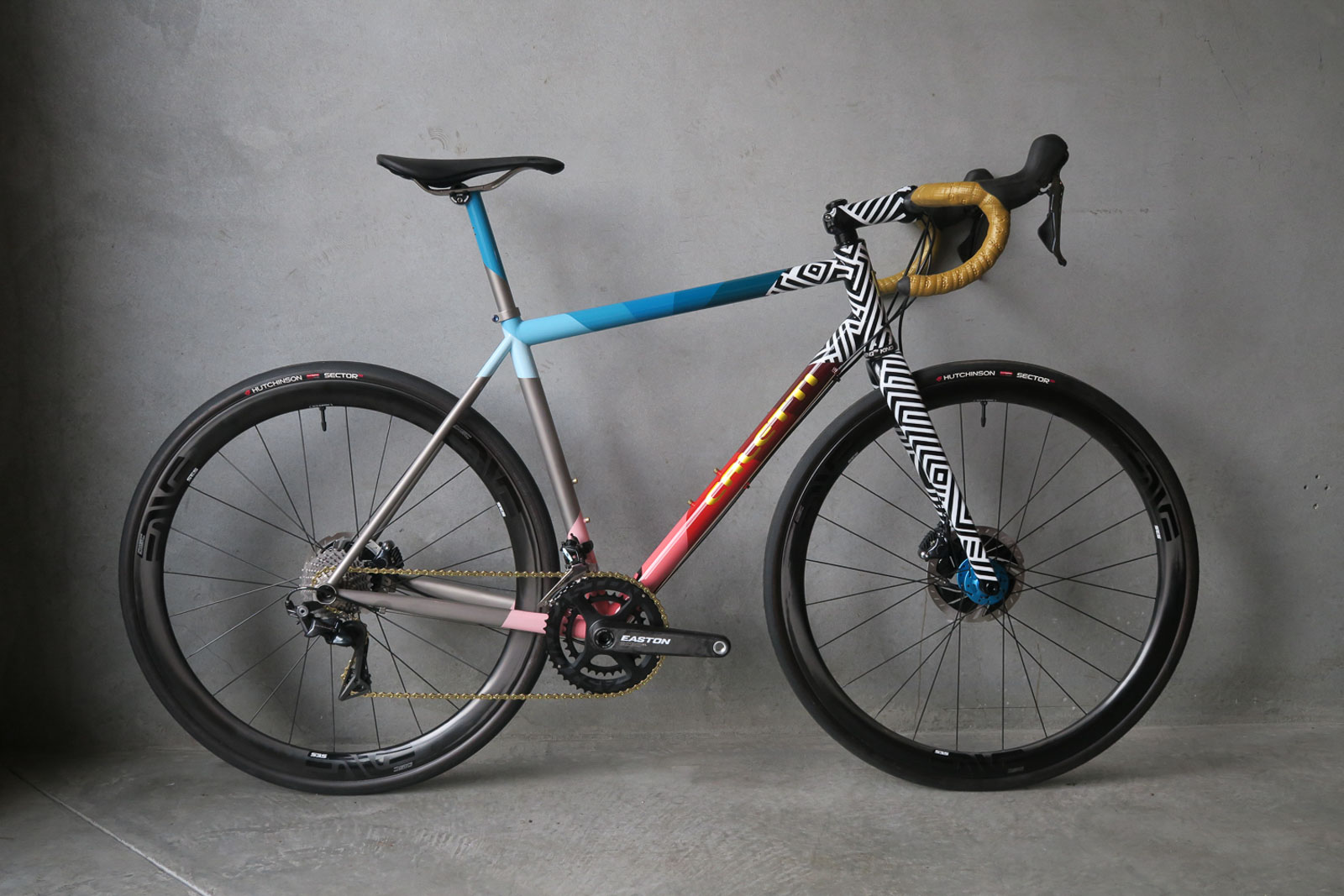 If you’re a fan, Caletti’s booth will feature the kit as well as several of Jeremiah’s works. Also, keep your eyes out for some rad custom anodized schwag for purchase at the show. 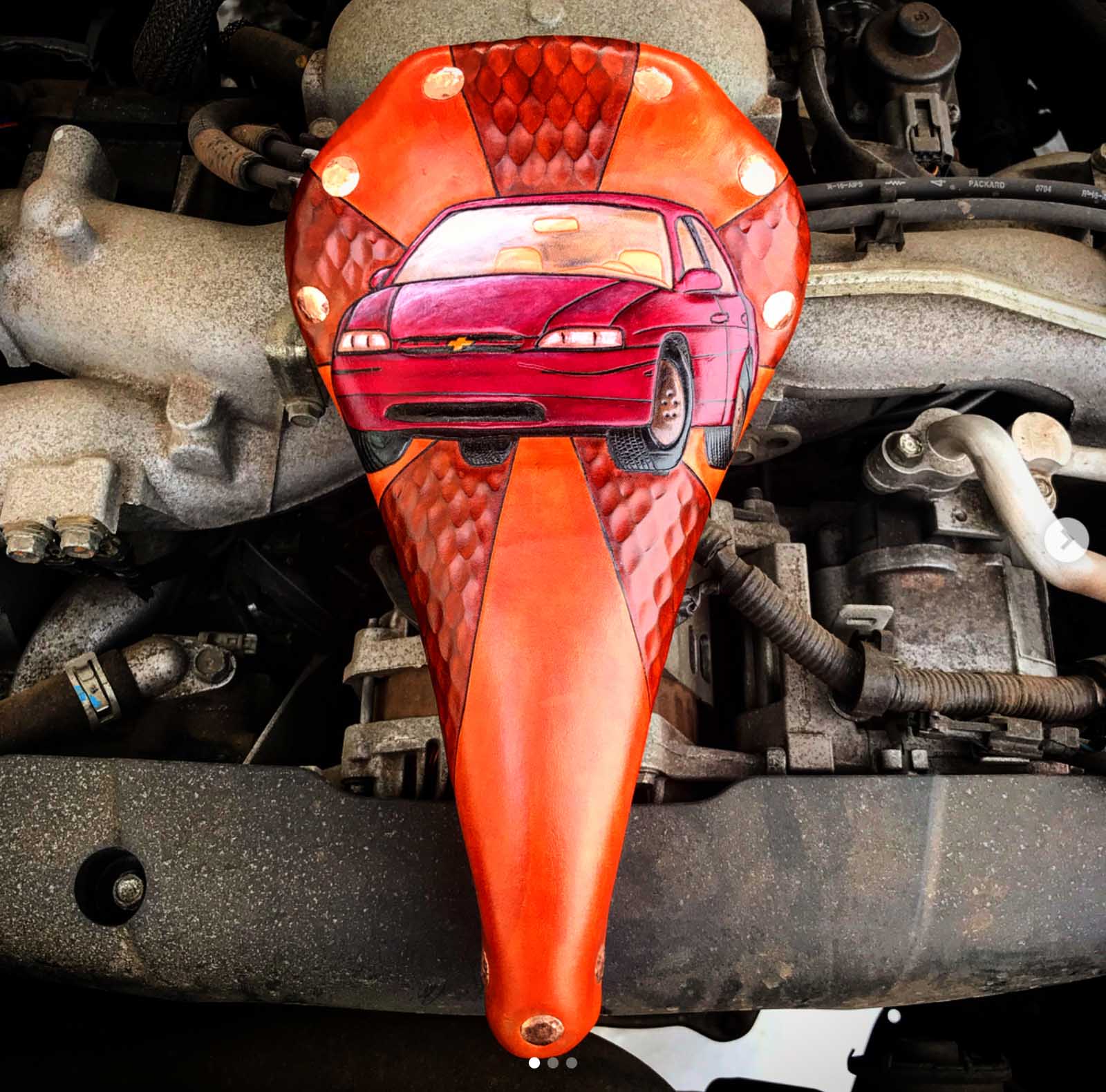 Obviously, this bike is on our list. Look at it! We have been watching it come together over the year and can’t wait to see how it comes together with custom components and final finish.

Wanna read more about it? You’re in luck! We have a two part interview all about it you can begin reading here.

That Hartley is so so pretty!

Umm. Is that last saddle embellished with the likeness of a mid 90s chevy lumina?

Wow, of all the POS midsize sedans of that era to have had such a memorable experience as to inspire such artwork.

its about that bicycle pubes lumina life
https://www.instagram.com/p/BnjxxgBgvR7/

I really look forward to your coverage, definitely a high point of the year. Thanks for your hard work!

Go Hern! Love seeing you progress and kicking butt with your innovations!