Magura has reworked their levers to shave a few more grams, offering an MT8 SL brakeset that comes in under 200g per wheel. With a claimed weight around 195g (excluding rotor), they’re now among the (if not the) lightest mountain bike brakes on the market. 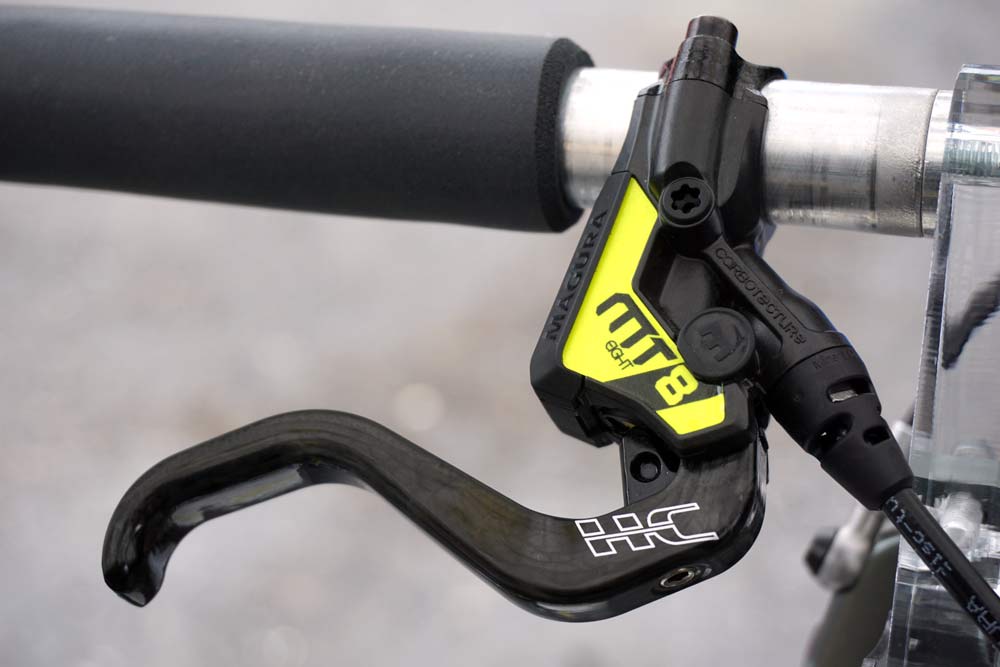 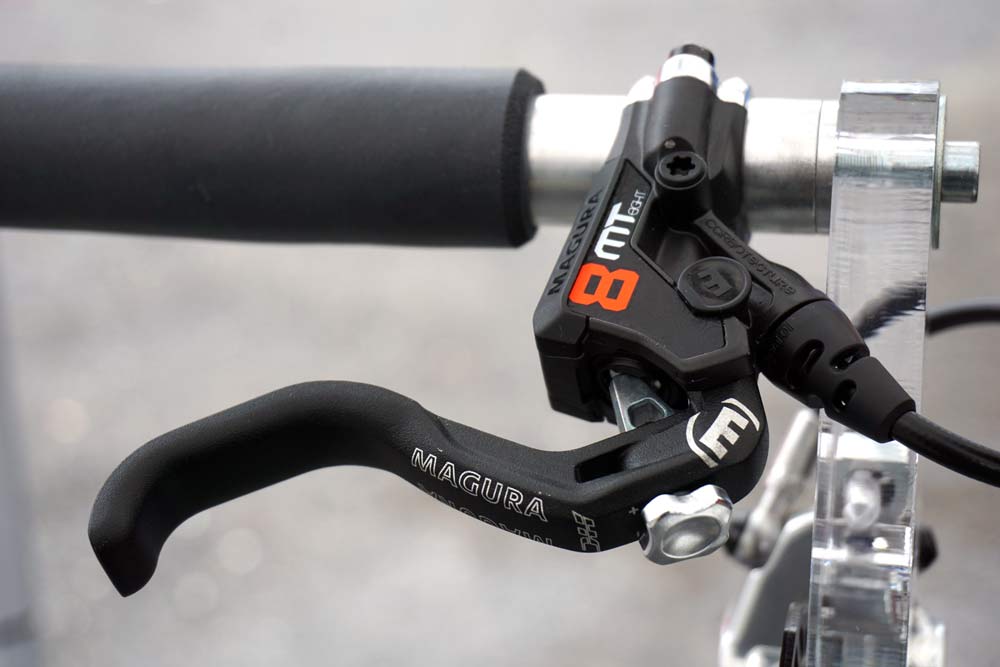 The MT8 Pro gets a lightweight alloy lever that adds a few grams but also gets a tool-free reach adjust. Both are designed for single-finger braking, and other levers are available and in development for anyone wanting two-finger braking or additional position adjustments…like the MacAskill HC3 levers. 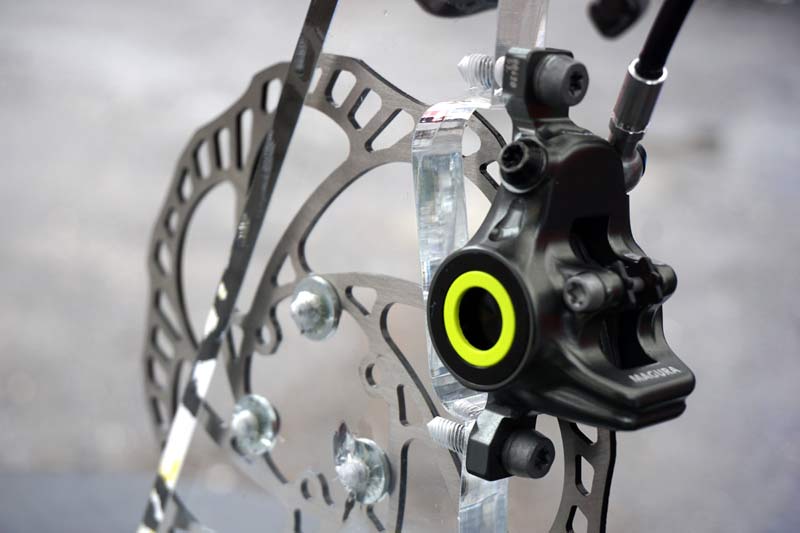 Not shown, there’s a new MT Sport brake that comes in at the bottom of their lineup for basic hydraulic brake performance on price-point bikes, commuters, etc. 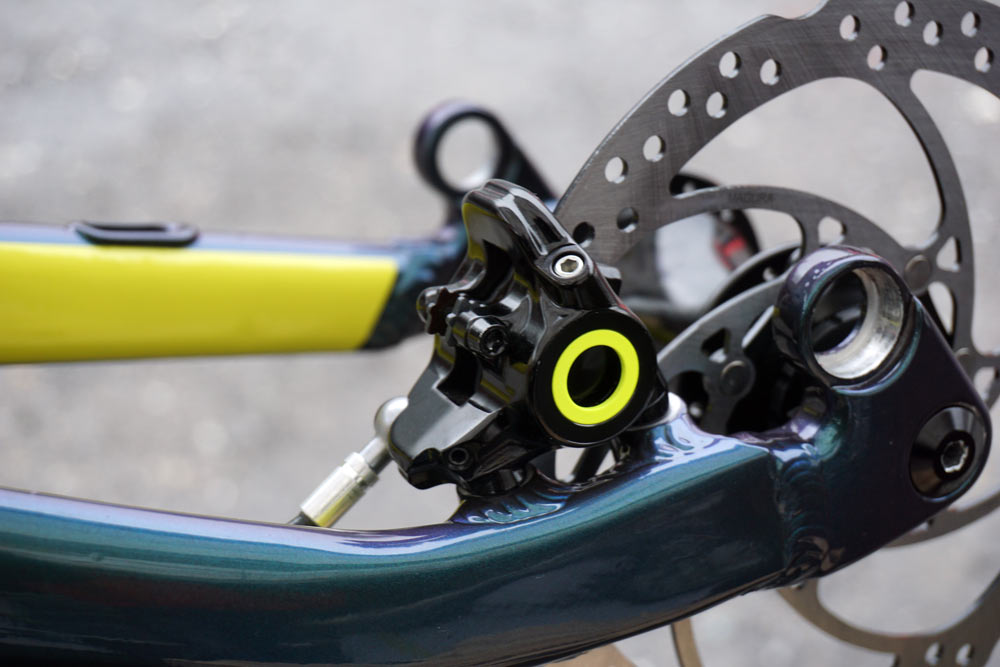 Flat mount disc brakes for mountain bikes are a thing now, with Cannondale and Canyon being some of the first brands to spec it. As that standard grows, Magura is ready with a flat mount caliper for their MT4 and MT8 SL series brakes. They keep the same size pads and pistons despite the smaller appearance.

Speaking of appearances, those colored rings on the calipers now come in 12 different hues. Customize the color to match the rest of your bike. 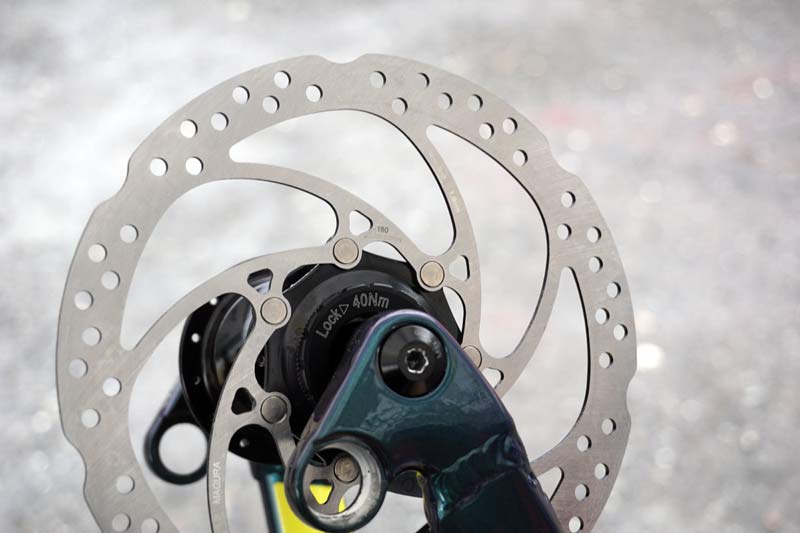 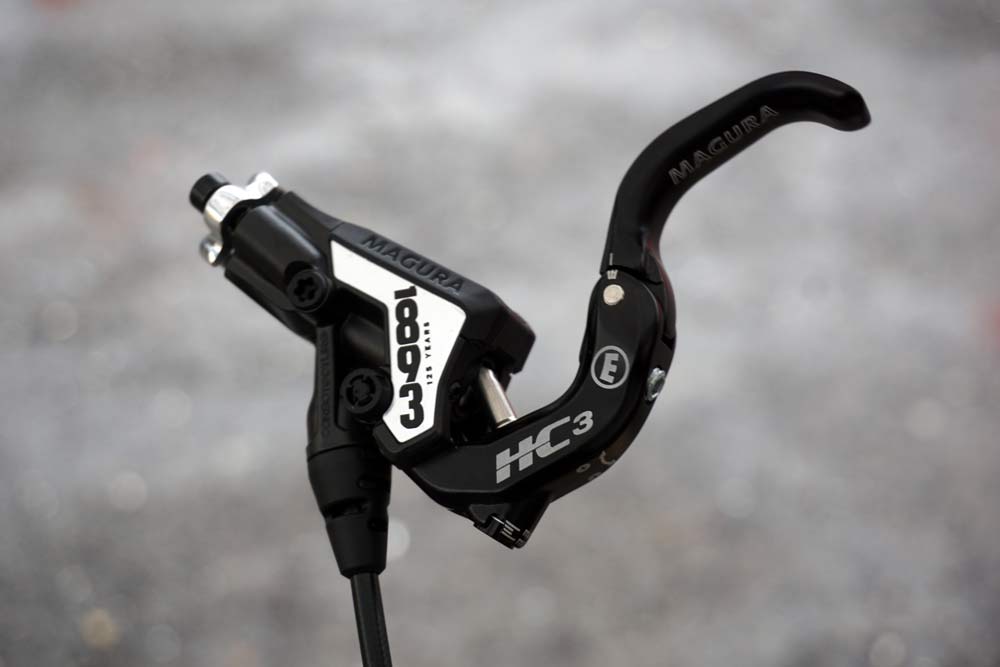 A fan of the brand? They still have some of their 125th anniversary brakeset available. Details are in this post, just a few pics here.

I generally like Magura and their brakes but I hope that they can solve the walking tool-free reach adjusters and rattling pads so that mechanics don’t have to keep using loctite and double stick tape to keep customers top of the line brake levers in the same place and the calipers quiet.

Just buy Hopes and forget this light weight nonsense. What actual difference is a few onces at a lever?

When you use shimano disc brakes and they never ever fail or make noise or die, no need to change.

I respectfully disagree and the dozens of RA’s I see a year confirm this.

well when one company has literally a 1000x more brakes out in the world you are going to see more RA’s. The fact that you rarely see magura’s in the wild speaks volumes as to how people perceived their superiority or lack there of compared to shimano’s.

I have several pairs of the mt8 and when they work they are great, but I am tired of the leaking calipers and master cylinders and rattling levers. The weight savings is great, but not worth the problems. They don’t offer any seals or rebuild kits either.