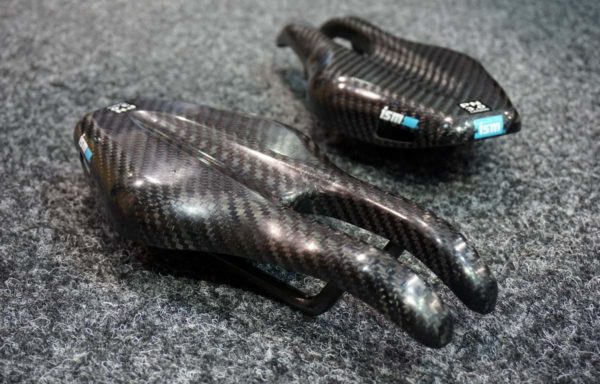 There are always at least a few new or updated saddles at Interbike, and this year we spotted an ISM x HED carbon collaboration, new colors coming from Prologo, and a fresh take on heat moldable saddles from Reform.

The new ISM PN3.0 C (for carbon) saddle is being made for them in the USA by HED, matching the same 125mm wide PN saddle shape as their padded saddles, but in an ultralight full carbon construction. The PN designation stands for Performance Narrow, which tells you both its intentions and general size.

The holes on the sides at the back are mainly there to let air flow through, as opposed to having that shell act like a small scoop. 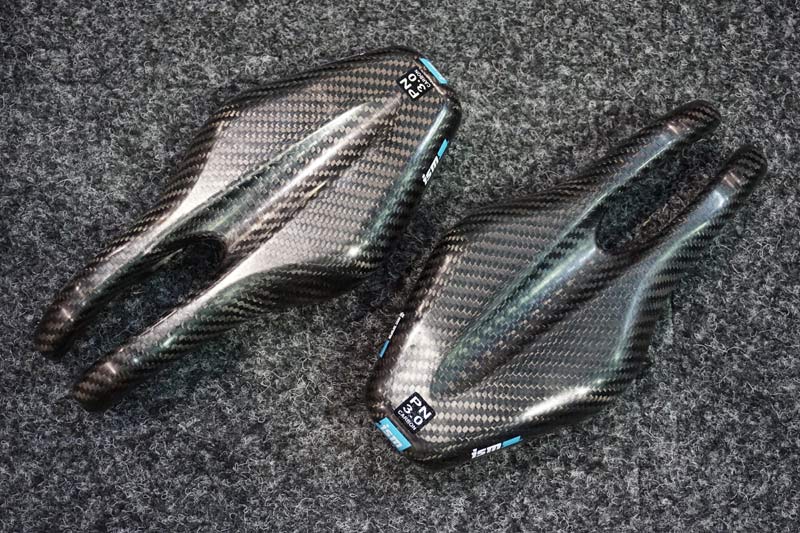 They’re claiming a 128g average weight, +/-2g. Retail is $399, available through shops or find them at ISMseat.com (you might have to reach out to them if you don’t see this one on their website). 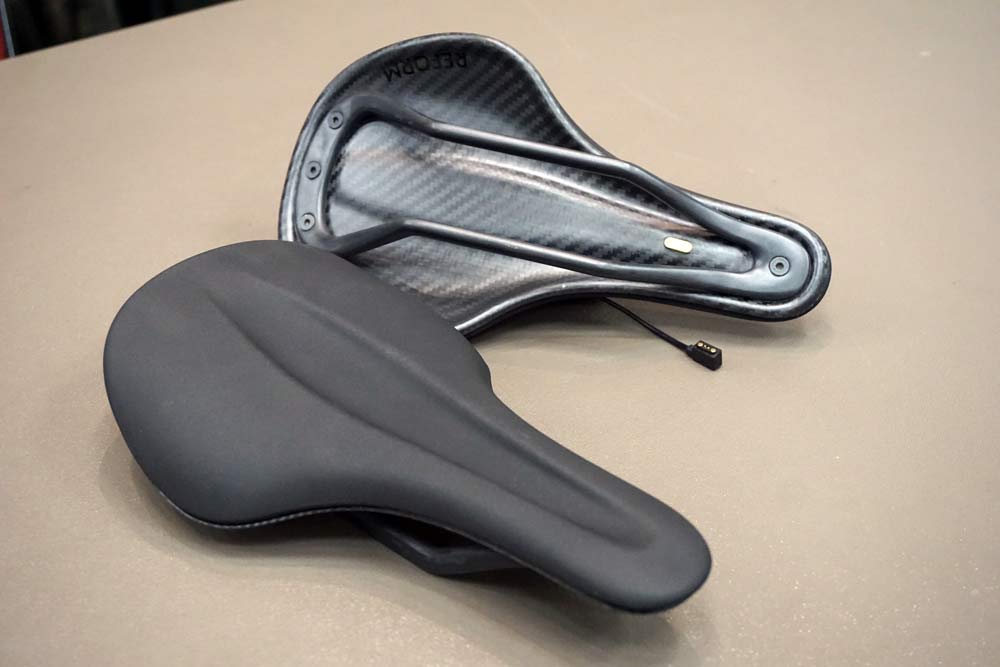 Landyachtz has updated their heat-moldable reform saddles with more modern shaping and better construction under the hood. The carbon fiber shell gets a slight update with a cleaner wrap around at the base, but the real change is the profile. The center relief channel is a bit shallower, but with a more consistent depth and width from front to back. The overall shape is flatter, too.

Prior versions sold the plug system separately, so you would have to perform their heat molding customization at the shop. Now, they tell us they’ll include the plug with the saddle so you can do it at home. The attachment is magnetic, like a MacBook Pro’s power connection (not the dumb USB-C crap), and it comes with instructions. Retail should remain around $350 when they start shipping later this year. Check out the brand’s website here.

At Eurobike, Prologo introduced the Proxim saddle line, a high end edition that is shaped and built to handle the extra weight and particular riding style that e-bikes create, but will work for road and mountain bikes, too. Now, they gave us a sneak peek at how they’ll be adding a hit of color to them so you can match them to your bike. They only had yellow on hand, but will likely produce several colors (we’re guessing white, red and green, and maybe pink, too) later this year or early next. Prologo’s done a lot of custom and colorful saddles in the past for their pro teams and riders, some of which you can see in our factory tour post.

I guess for a rider that doesn’t change their seated position on the bike, a heat moldable saddle might be a good thing, but I suspect that if one moves around on their saddle, heat molding could work to their detriment.

There are several pretty negative threads about those landyacthz saddles