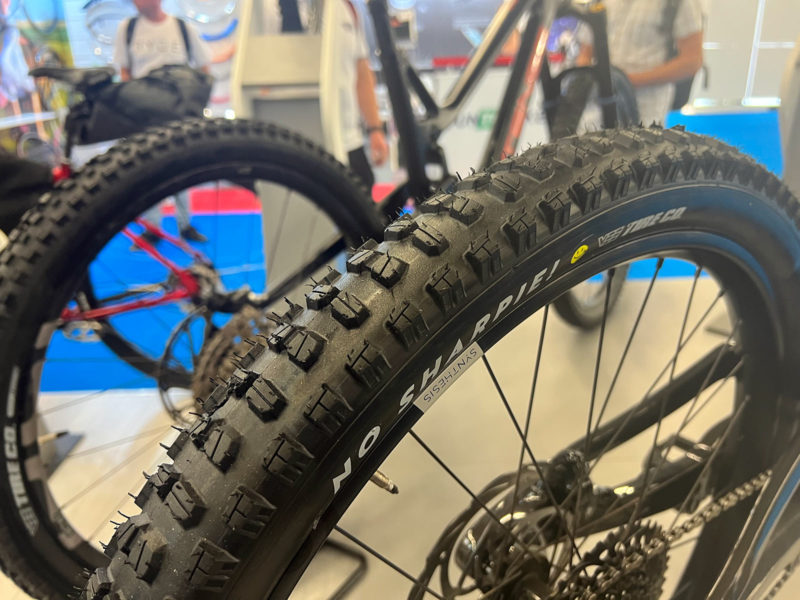 These prototype Vee Tire Co. Attack FSX are being run by the Intense Factory Team at the most recent UCI World Cup events, and while close, Vee Tire Co. is using their feedback to make a few more tweaks before they hit stores.

Vee’s Attack series are their go-fast, dry-and-rough conditions tires, and the go-to for their team riders on most courses. The design you see here has alternating forward-backward ramping on the knobs, which was an attempt to actually slow it down a bit and offer more control.

But based on rider feedback, they’ll switch back to the usual forward-facing ramps to help them roll faster, and further reinforce and perhaps even spread the side cornering knobs just a bit wider to offer more grip at the extremes.

It’s aimed at park riders and those who rally through rock gardens and other gnarly, rough terrain. Look for 2.5″ widths in 29er and 27.5″ wheel sizes, with Enduro Core and Gravity Core casings on both. 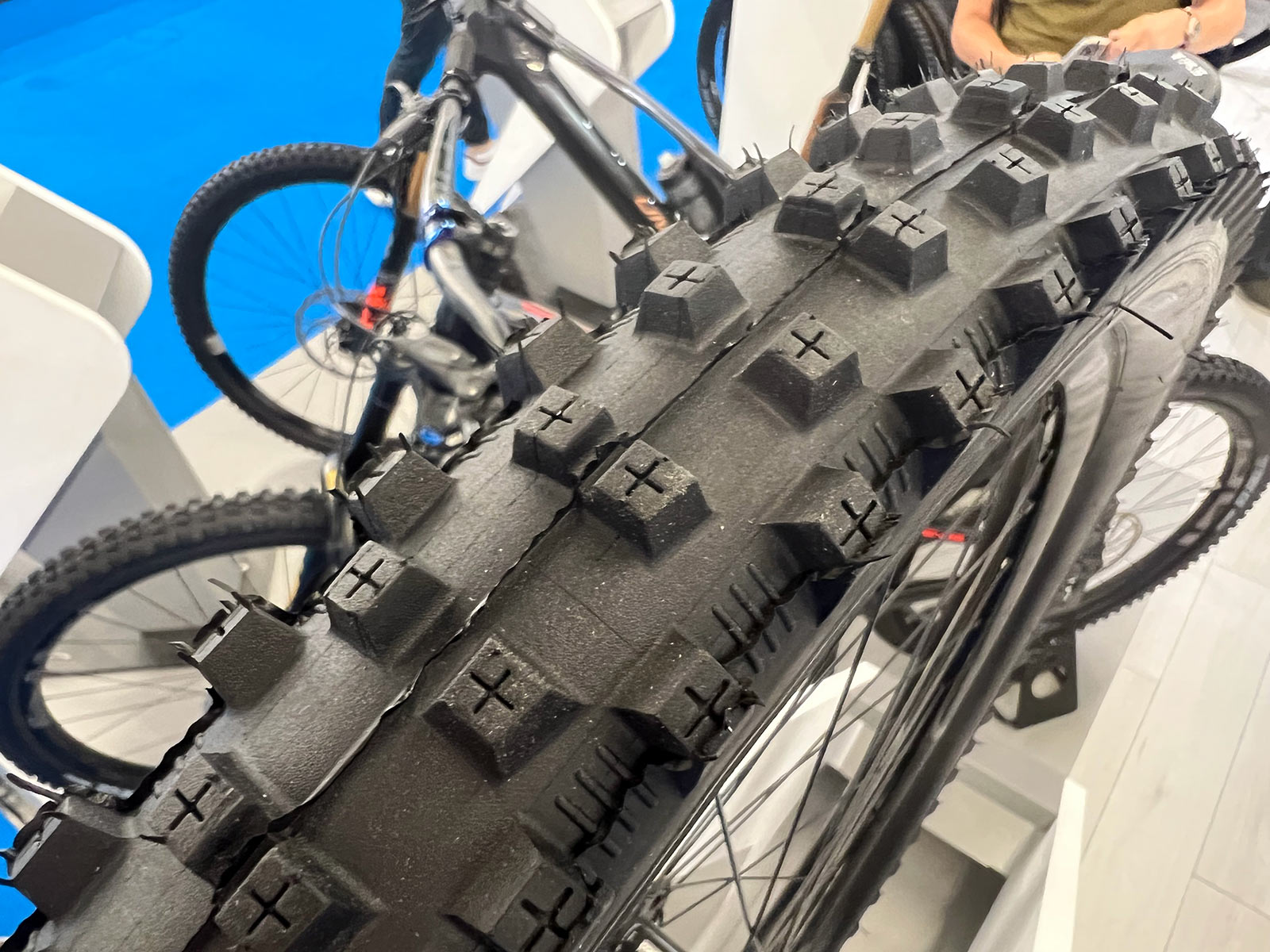 This Snap WLT is also a prototype, but it’s already notched top-10 spots for both men and women at the 2022 Leogang World Cup race.

Designed as a mid-spike, they found that many riders end up cutting down most mud spikes a bit, particularly if there’s a smaller nub on the top of the main knob. So, they just eliminated that nub for a faster rolling tire that’s still able to penetrate really wet, soggy terrain. 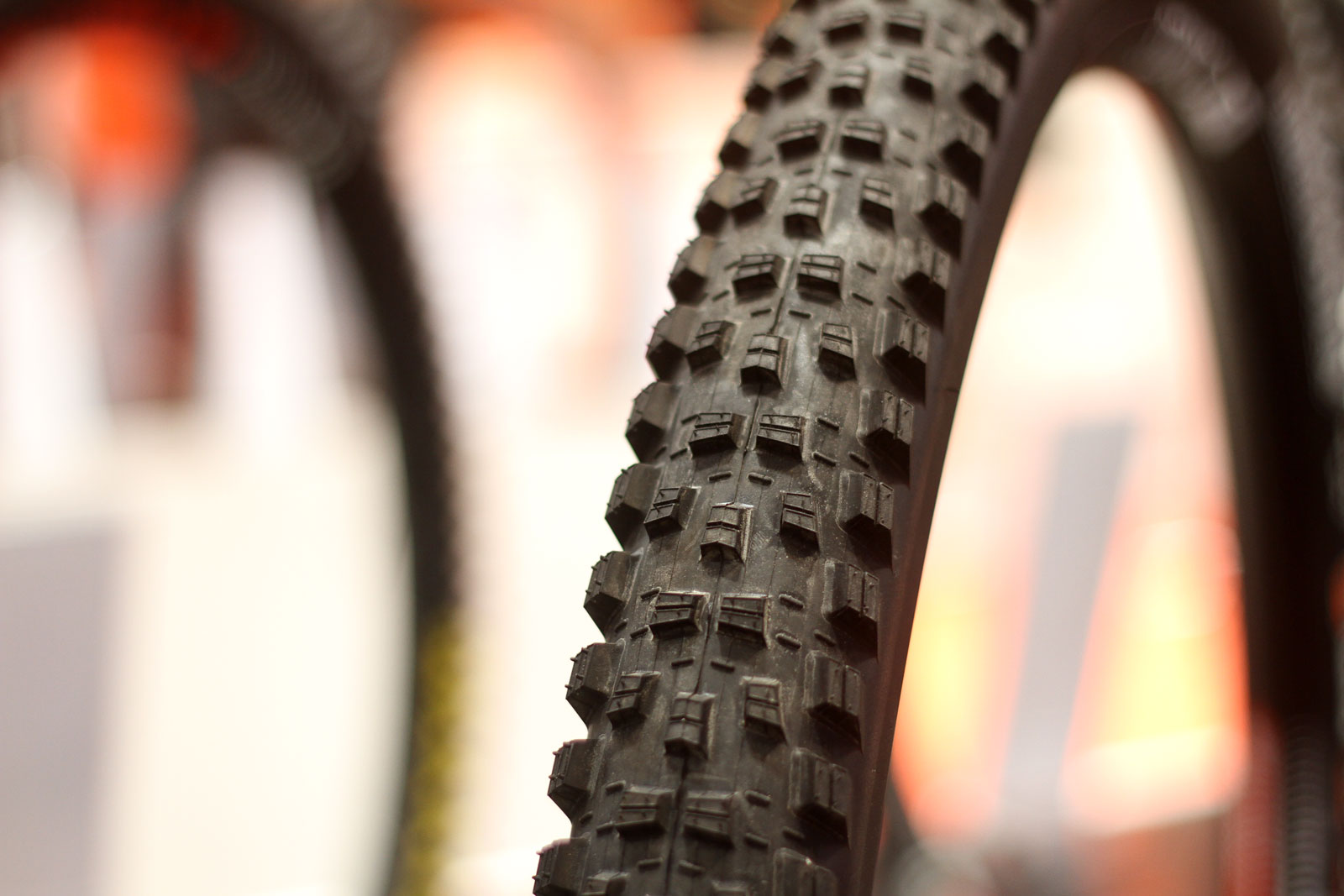 The Maxxis Forekaster has been relaunched as a wet-conditions light trail tire, bridging the gap between XC and big trail. Originally launched as a mud tire, it’s now a bit more versatile while still being aimed at those damper-than-normal days. Read our full launch coverage for more details.

Pirelli has launched three new urban commuter tires for anyone, whether on a normal bike or an e-bike, who needs protection and grip from the mean streets.

The Angel DT Urban is the do-it-all model, with siped treads for all-season grip without giving up any speed. The Angel GT Urban is the fast one, borrowing the treat design from their Angel GT moto tire, with a slicker surface they say will still perform in the wet.

The Angel XT urban has more space between tread blocks, offering solid mixed surface grip and performance thanks to a design inspired by their MT60 RS motorbike tire.

All three use a two-layer construction, with a HyperBELT (red) puncture resistant barrier sitting over three plies of casing under the tread, and dual layers on the sidewalls. They meet ECE-R75 certification and the homologation requirements of the European ECE-R88 standard.

The Dirty Dan, Schwalbe’s specialist MTB tire for soft, muddy conditions, is now available in 29″ x 2.0″. The super narrow profile will help cut through mud, while a much wider tire runs the risk of “surfing” over the top in a rather more unpredictable manner. This one is available in the Super Race casing only, with the Addix SpeedGrip Compound and Transparent Sidewall. 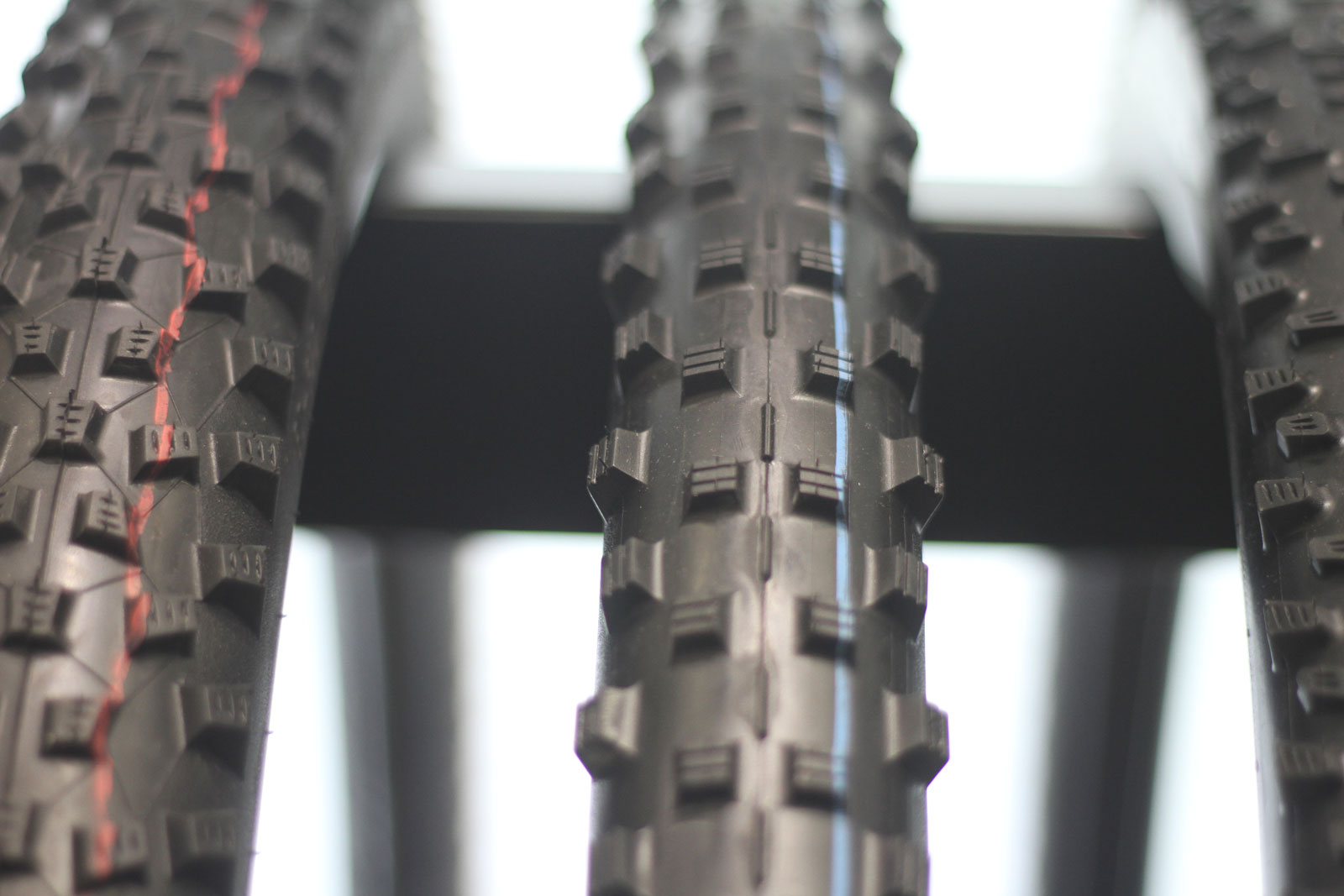 Also, a 29″ x 2.35″ option is added for the Schwalbe Rocket Ron. The Magic Mary will now be available in 29″ x 2.4″ in the Super Ground Casing for the first time; that’s Schwalbe’s name for a casing with Snake Skin material running from bead-to-bead and three full carcass layers. Schwalbe’s MTB Tire Product Manager Robert Mennen says that the Super Ground construction is the sweet spot between puncture protection and weight. Compared to the Super Trail, this tire is built for less aggressive riding, but it offers more puncture protection than the Super Race. Check out Zach’s detailed explanations of Schwalbe’s five carcass constructions for MTB Tires. 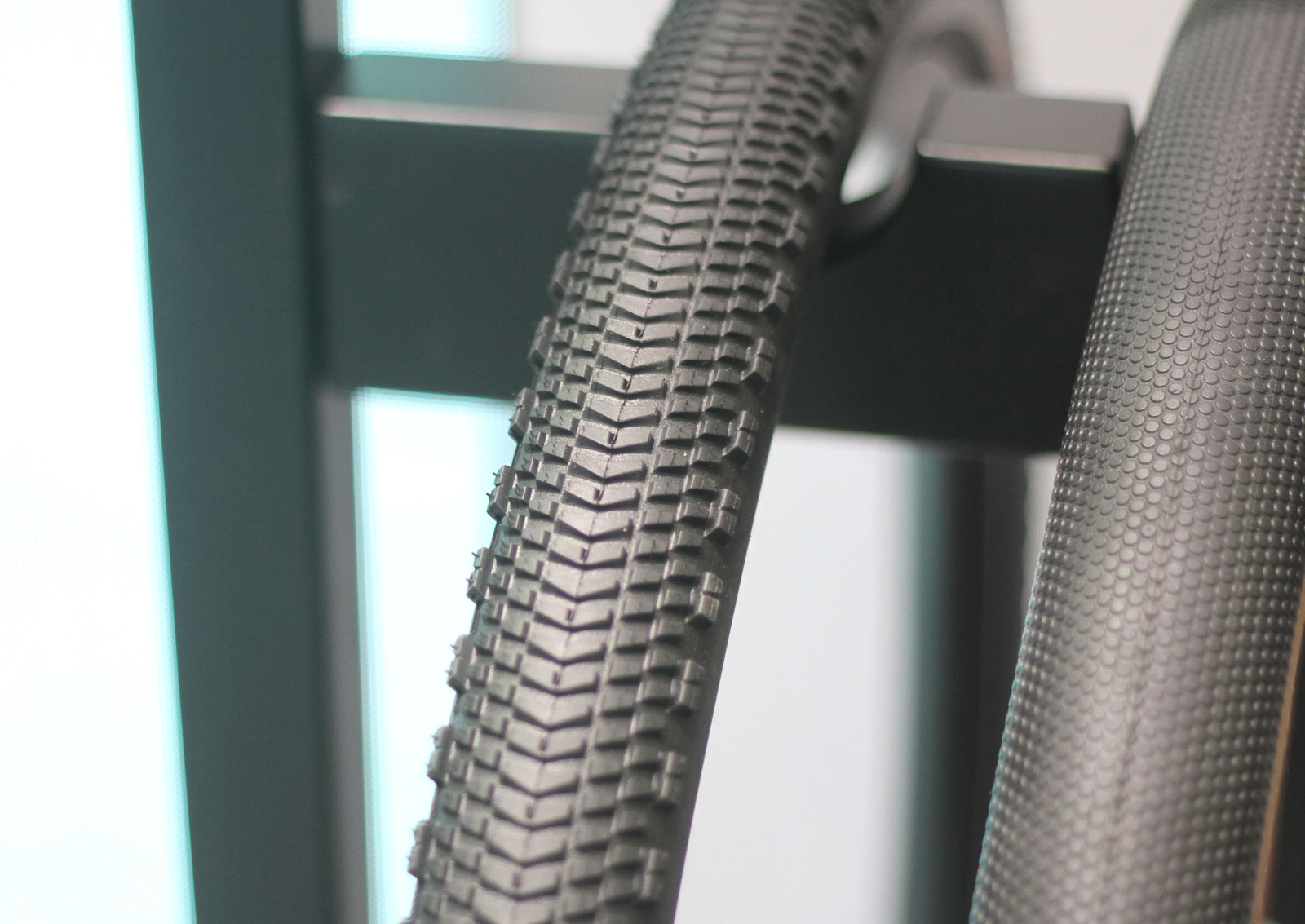 The new Schwalbe G-ONE Overland is marketed as a bit of an all-rounder, recommended for bikepacking, adventuring and everyday commuting, too. It is available in a 28″ only, with 40mm, 45mm and 50mm widths to choose from. It runs the Super Ground Carcass, and the fast-rolling tread pattern is made up of the Addix SpeedGrip rubber compound. 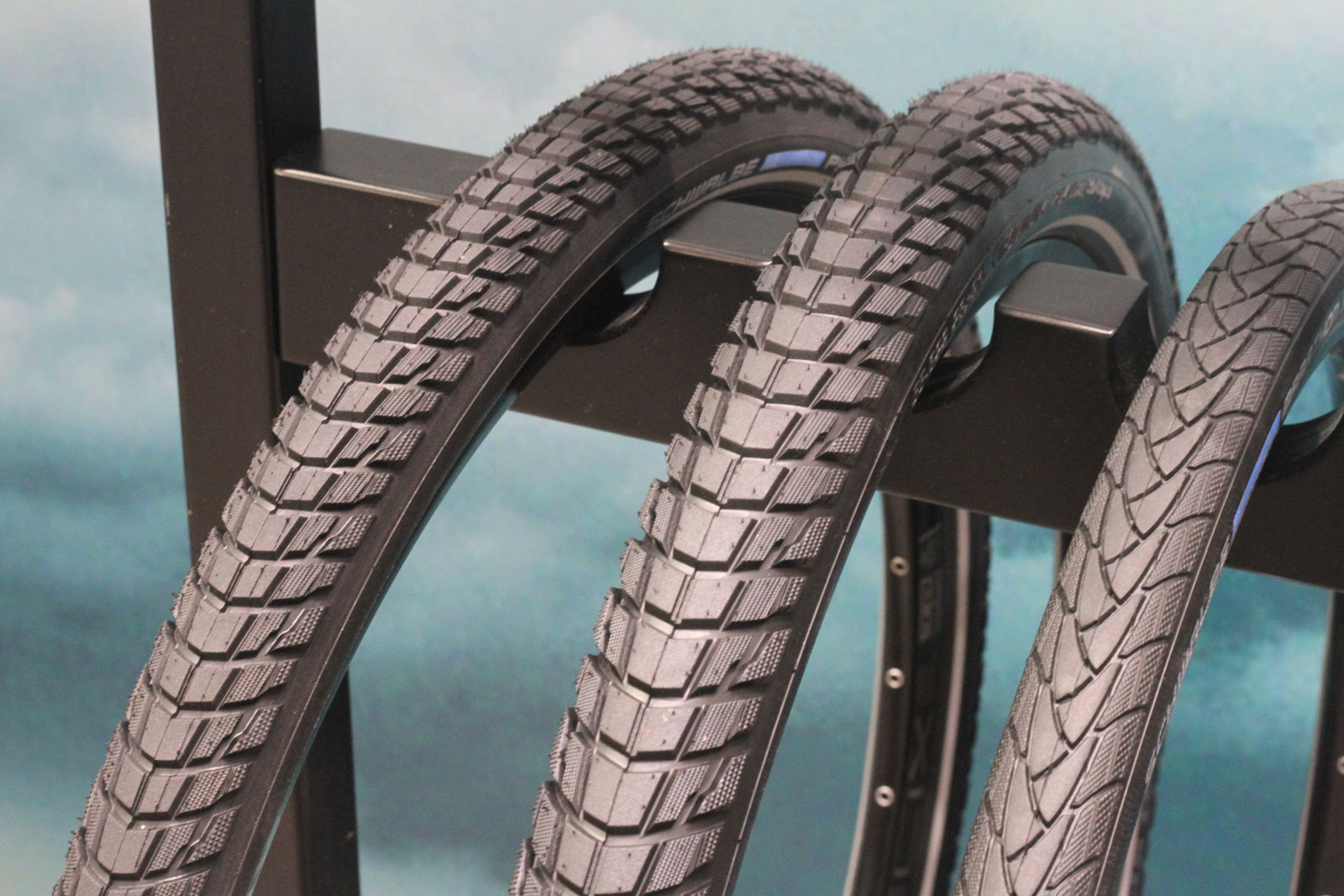 Schwalbe’s Marathon Plus Tour tires are updated for 2022, with a new, higher-grip tread pattern for both regular bikes and eBikes. The Smart Guard and Smart DualGuard casing constructions remain the same. These are available in 28″ x 1.75″ and 28″ x 2.15″. 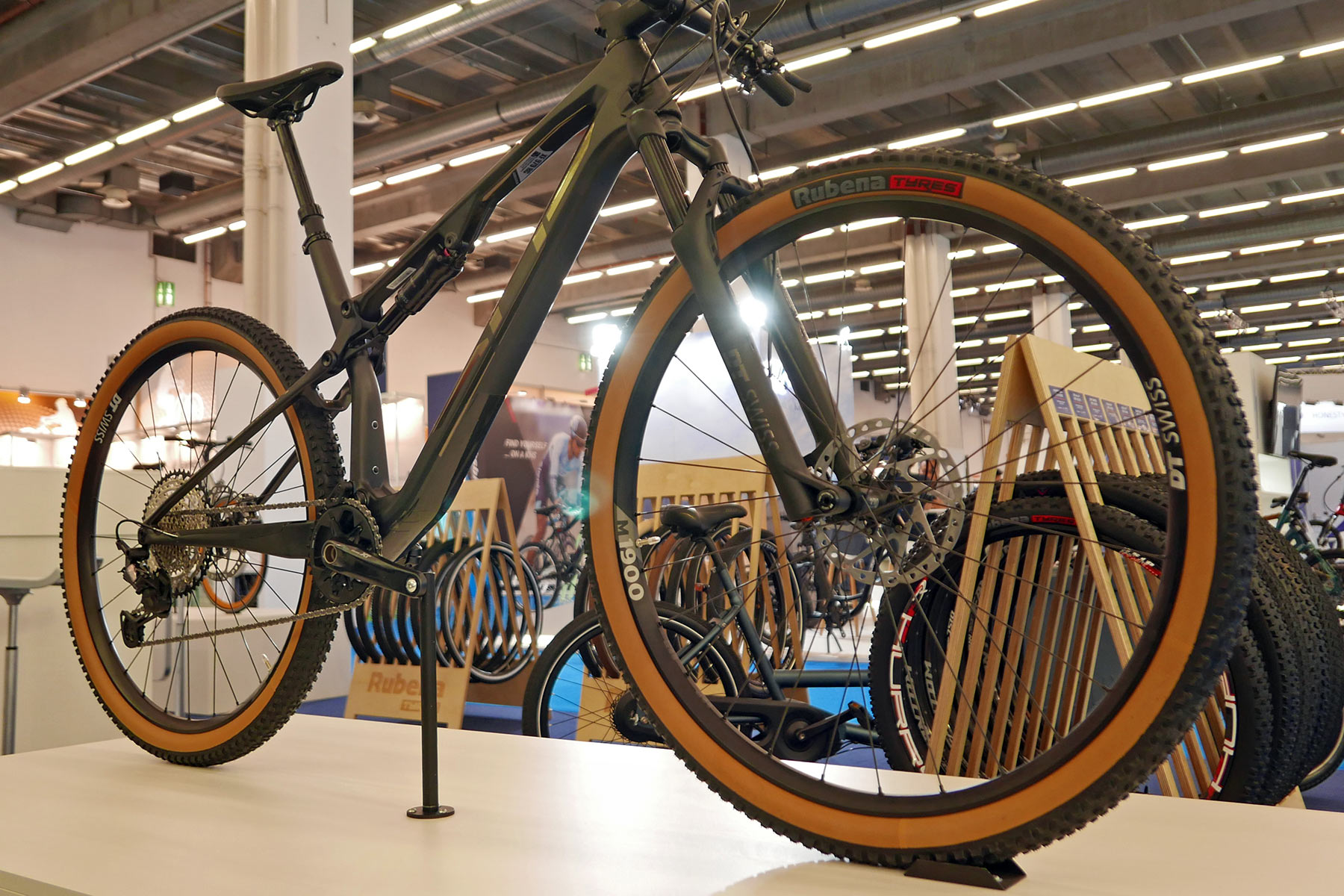 Czech-made Rubena Tyres (not long ago known as Mitas) have been working on adding this new tanwall option to some of their off-road tires for a while, without changing the construction or adding weight. Now it is ready, well… almost. These are the only two pre-production prototypes so far. And the final tires will get simplified graphics – just black ‘Rubena Tyres’ directly on the tan wall, sith simple model name opposite.

Look for it to be available in MY23 first on their XC race tires, including the Hyperion, Scylla & Zefyros. More will likely come soon after, with gravel tires next up for tan, too. 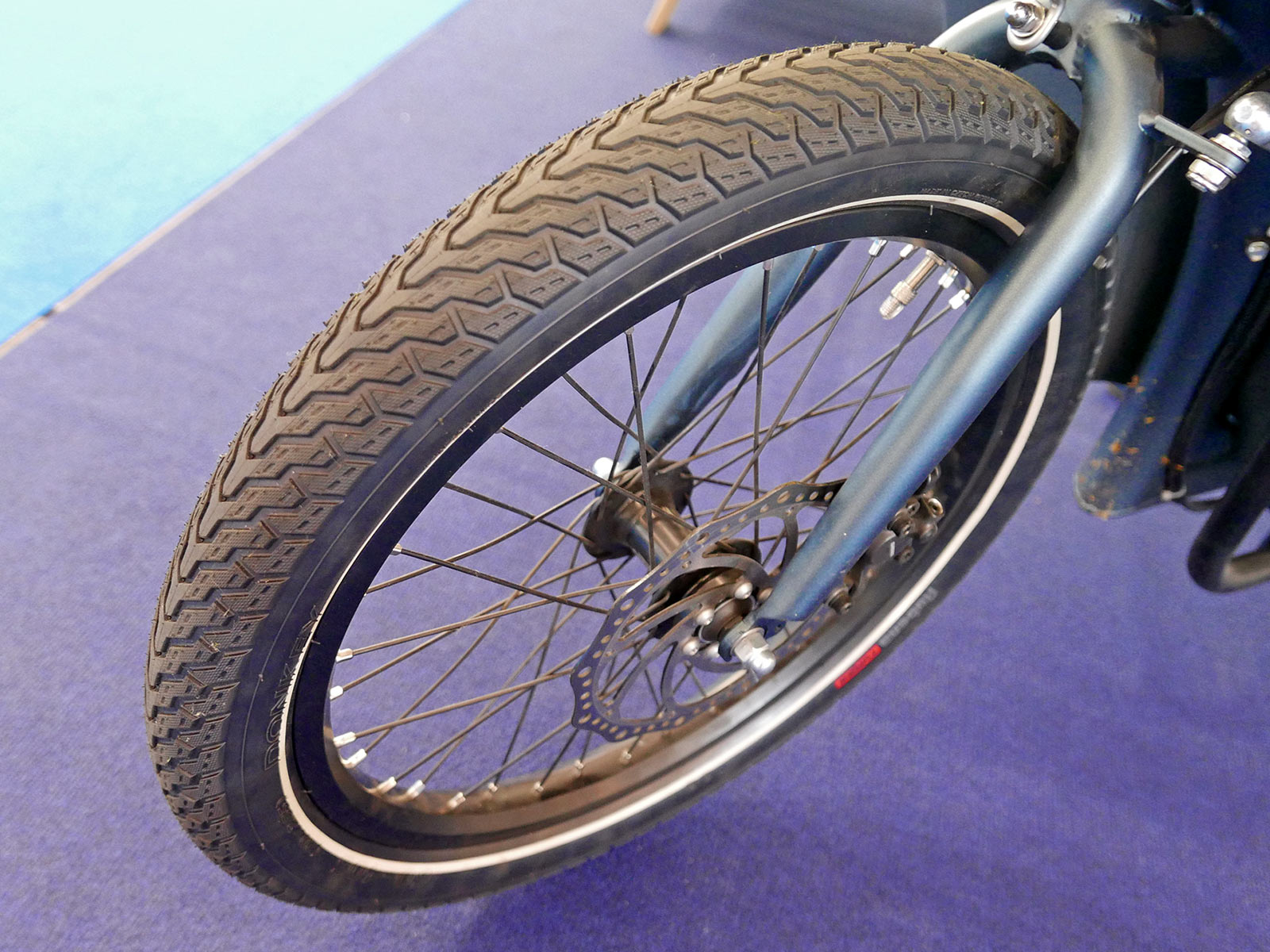 The cargo Donkey is something different altogether. It is a heavy-duty urban tire with a sturdy casing to handle heavy loads, and a thick all-weather tread pattern to provide good grip & long durability even with cargo bikes. It will come in wide 20″, 26″, and most-likely 700c sizes to fit most long john/box-style cargo bikes & ebikes.

I just stopped by to see if Schwalbe was offering new gravel options for 650B. I guess not.

I want to know about the “No Sharpie!” Vee tire in the first photo. No mention of it?