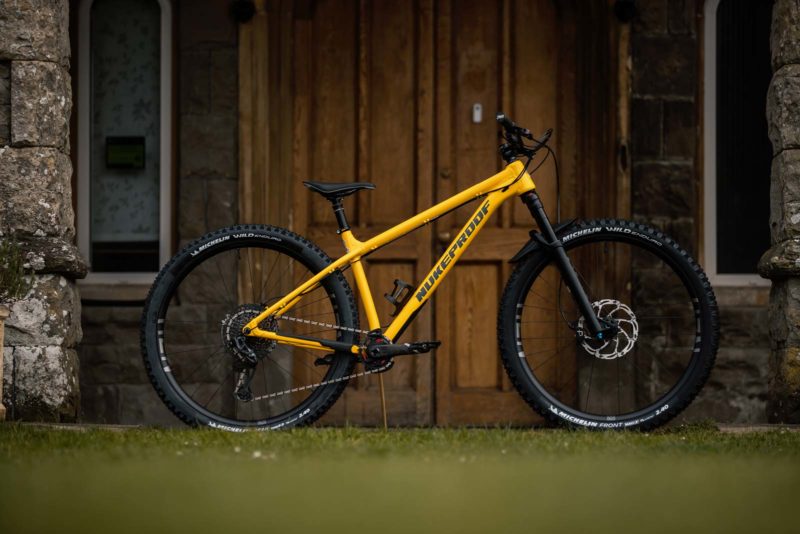 Nukeproof has updated its gravity-oriented hardtail mountain bike, the Scout, with a revised tubeset and geometry, featuring proportional length chainstays across the expanded M-XXL frame size range. The Scout V3 is, as you might imagine, longer, lower and slacker than its predecessor; slacker at the head tube of course, contributing to a longer wheelbase, but with steeper seat tube angles adjusted across the frame sizes to ensure each rider is poised to lay down the power from a more direct and efficient seated pedaling position. 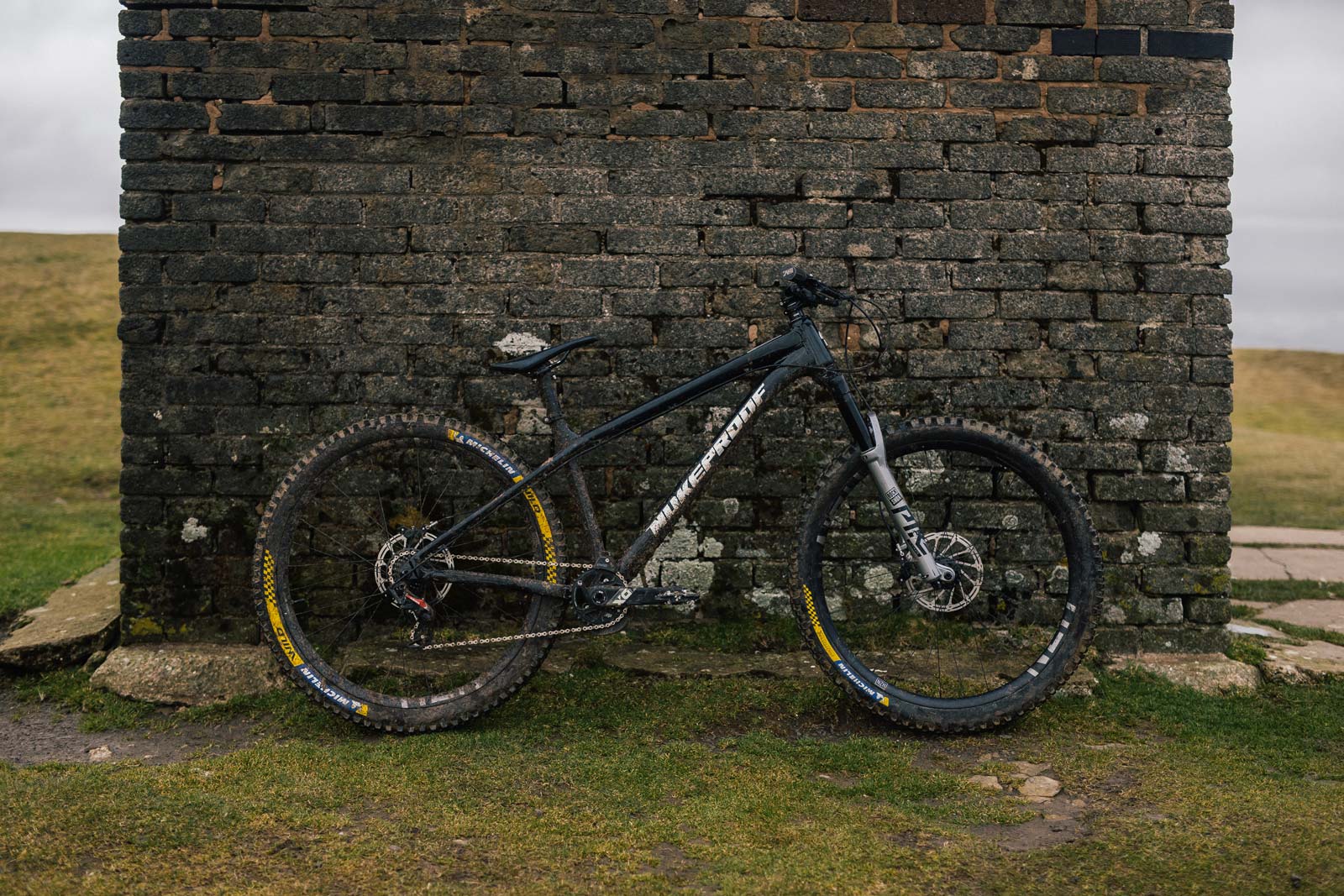 The Scout launches as a frame only, but four complete bikes are due later this year, with prices starting at £1,399 for the budget option Scout Race. 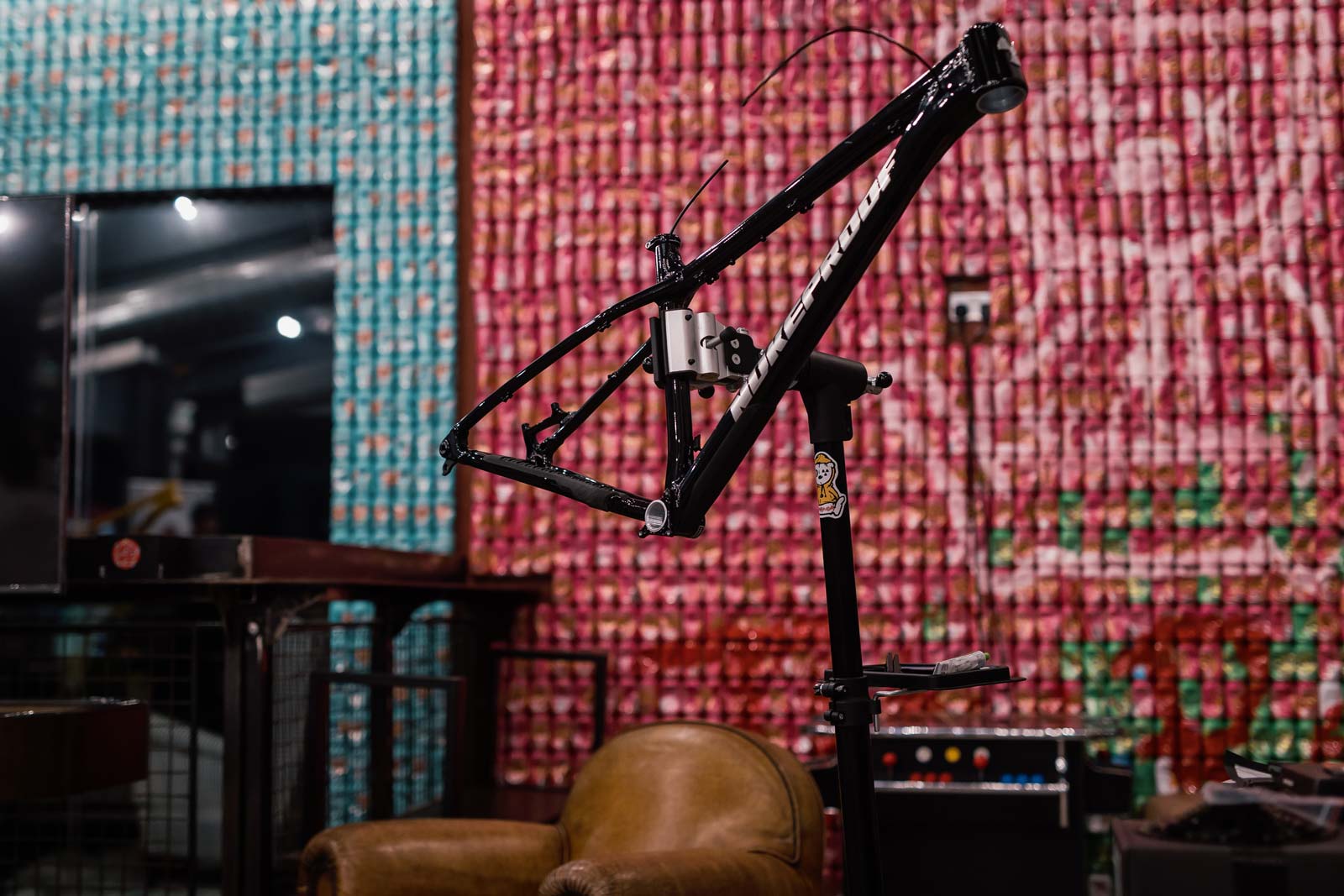 The Nukeproof Scout V3 is developed around a 140mm travel fork; it is optimized for a 1x drivetrain, has a threaded BB, and features a SRAM UDH derailleur hanger

The V3 Nukeproof Scout gets an all-new 6061 T6 hydroformed aluminum tubeset with a geometry leaning toward the more aggressive end of the spectrum for improved handling on singletrack descents. Across the Scout 275 and Scout 290 platforms, there are now four frame sizes to choose from, with reach on the 29er spanning a 440mm to 493mm range. 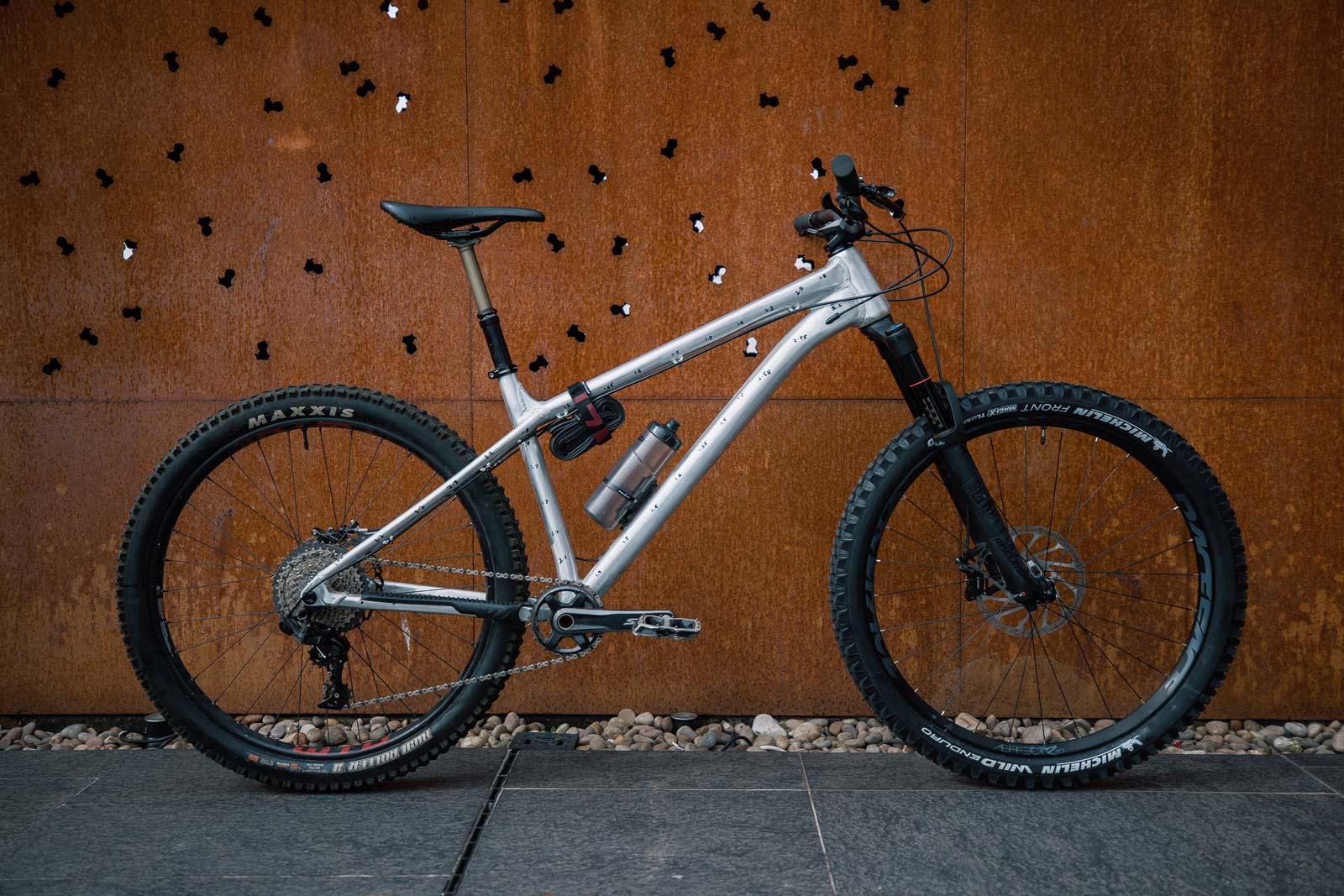 The range of reach figures has of course increased, but it is also shifted to the longer end of the spectrum, with the size medium coming up 15mm longer than its predecessor. Reach for the large frame is still around the 475mm mark, with the addition of the XXL meaning that Nukeproof can now offer a Scout to riders who may have been too tall for the previous versions.

The Scout V3 gets an updated hydroformed aluminum tubeset, each tube with its own custom-butted profile to tailor stiffness and compliance

With the increased reach comes a shorter rear-center length and the welcomed switch to proportional length stays. Only the XXL frame gets the 440mm chainstay length seen on the V2; the smaller frame sizes see shorter stays, starting at 432.5mm in Medium, increasing in 2.5mm increments to 437.5mm in XL. Seat tube angles go steeper on the V3, with effective seat tube angles quoted at 74° for every frame size. Taller riders will be interested in just how far the saddle is offset at given saddle heights, and Nukeproof do a good job of sharing that information in their geometry charts. 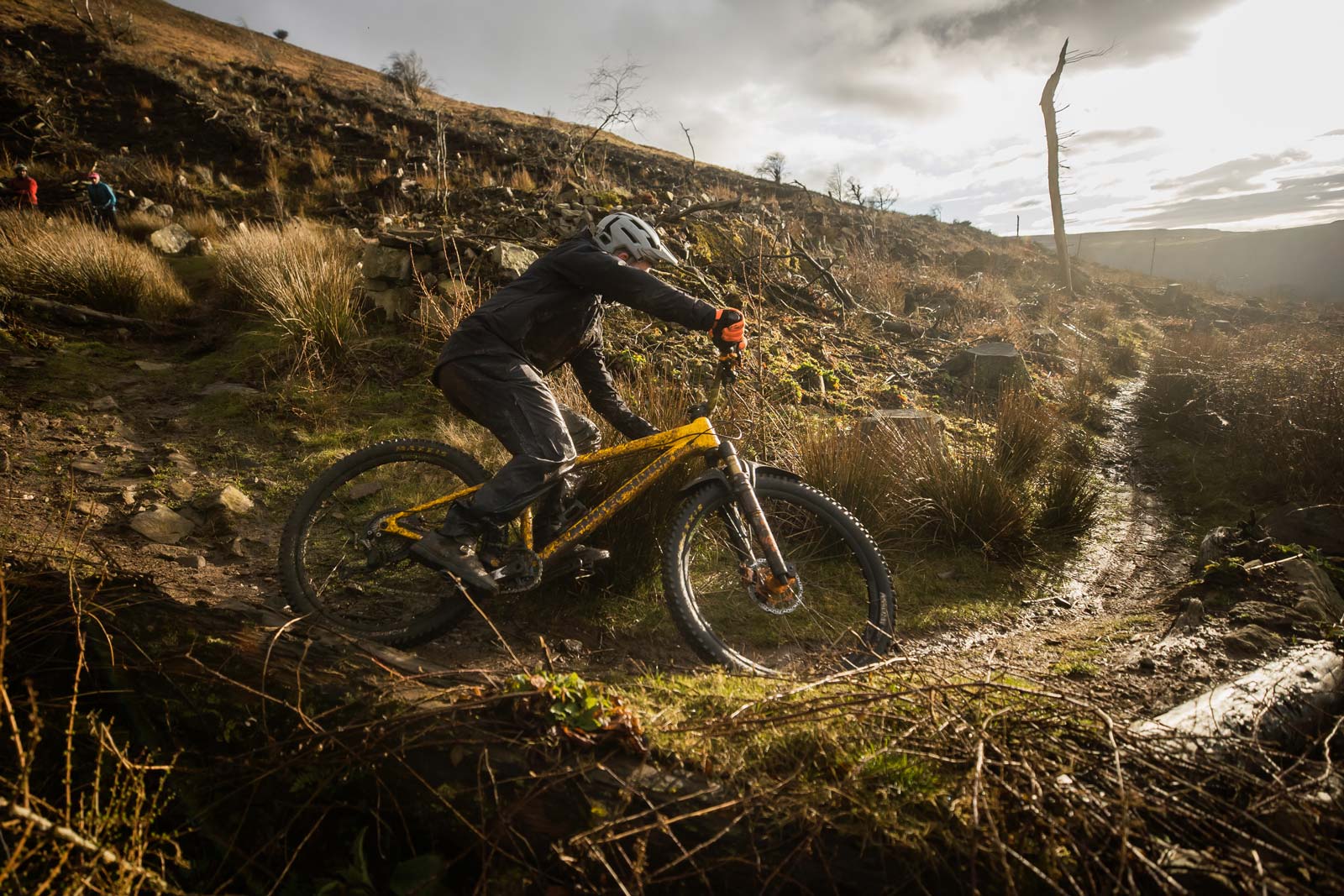 The head angle slackens off t0 64.5° in its unloaded state. That may sound super slack, indeed it is slacker than my 170mm travel enduro bike, but do bear in mind that the head angle will steepen to around 66° at sag, depending on how soft the fork is set up. 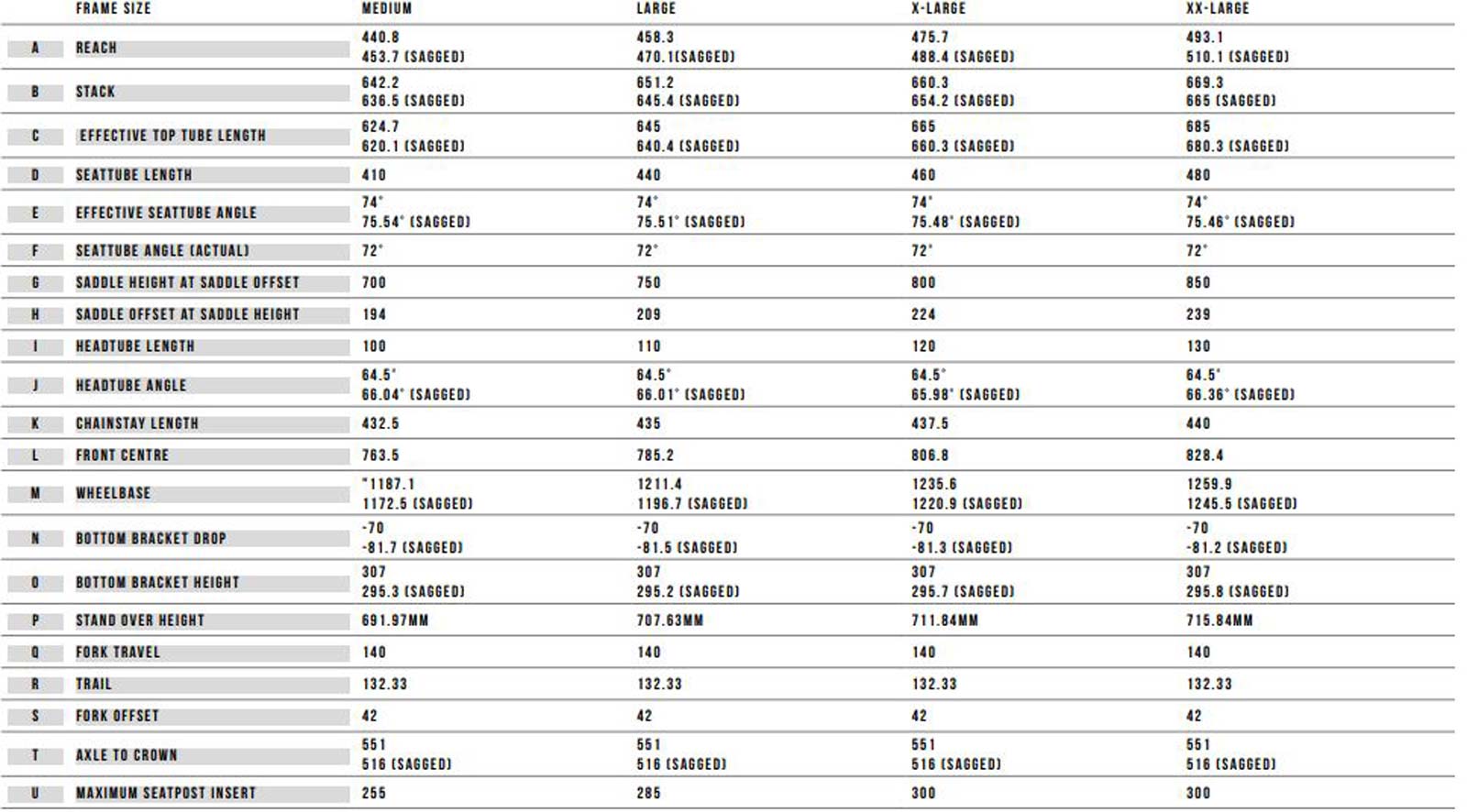 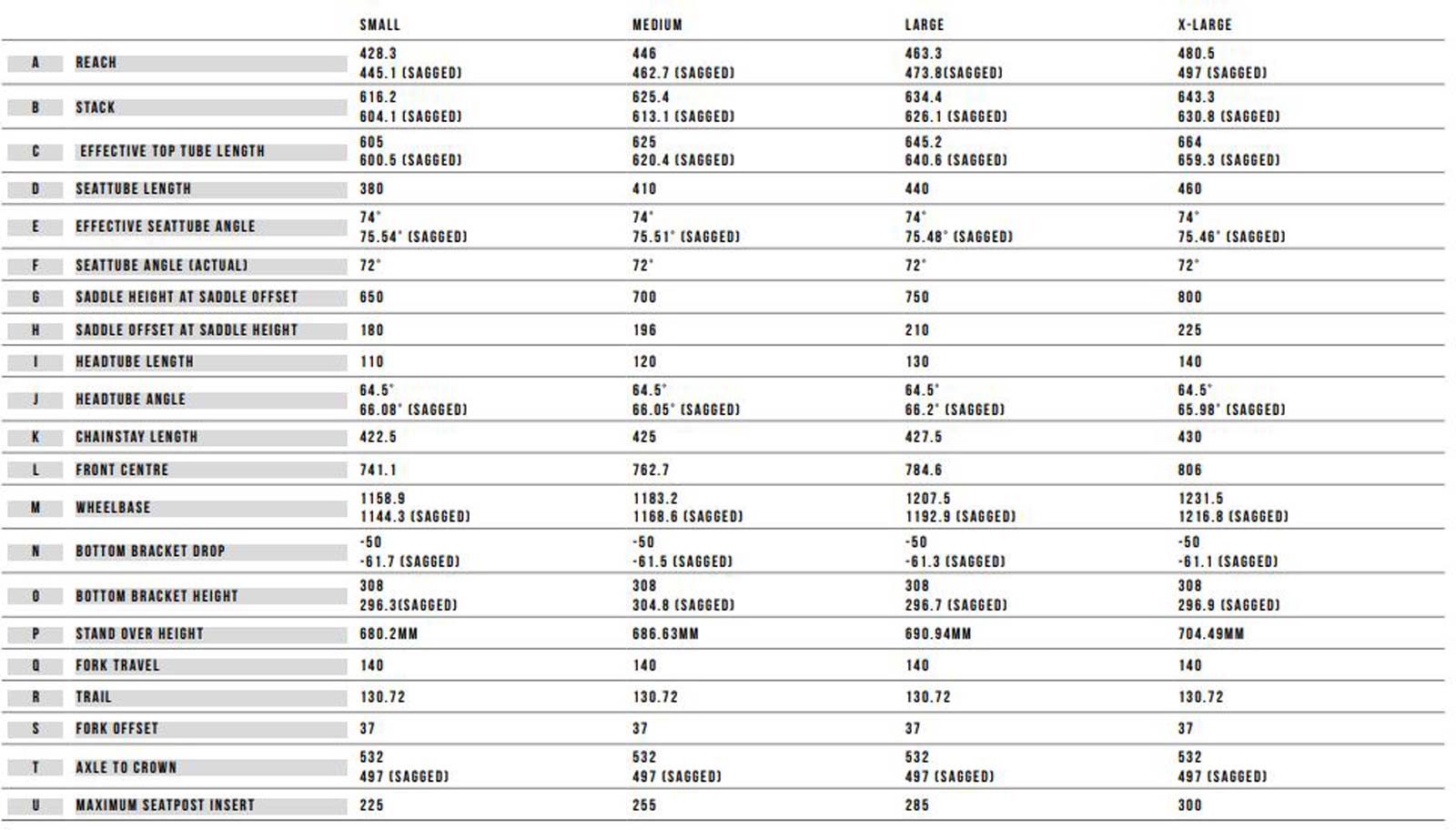 As of June 1st, the Nukeproof Scout V3 will be available as a frame only, in Factory Yellow or Black-Chrome, priced at £499.99 ($699.99 USD). From July 11th, three complete bikes will be added; the Scout RS, Race and Elite, with the Comp model due on August 8th.