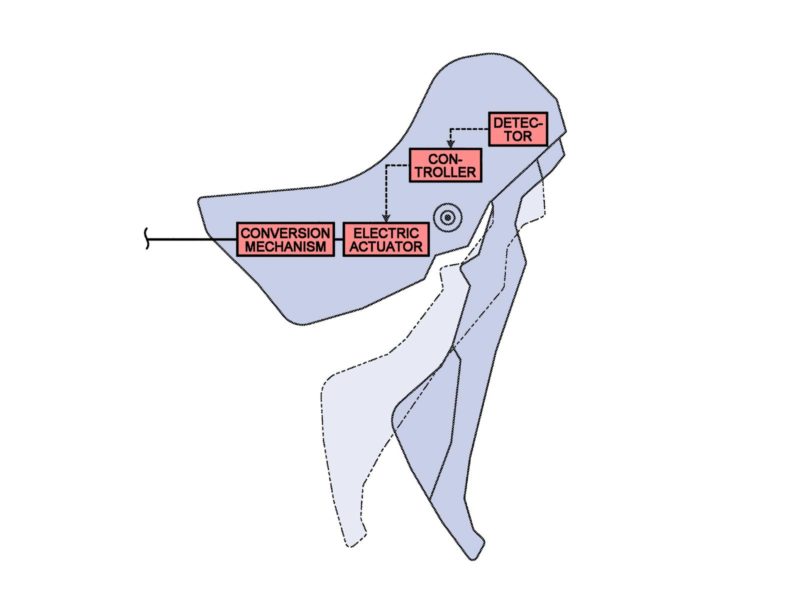 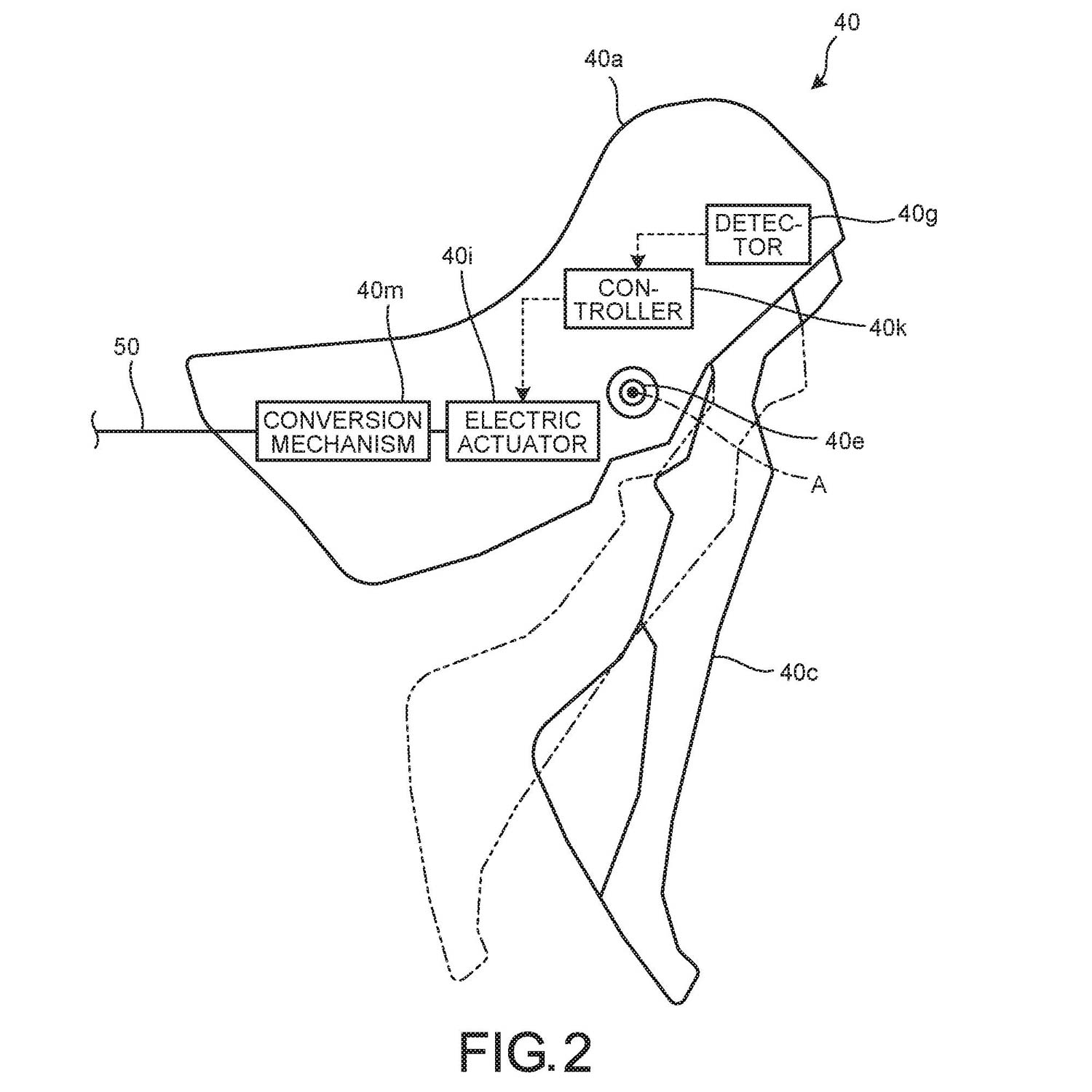 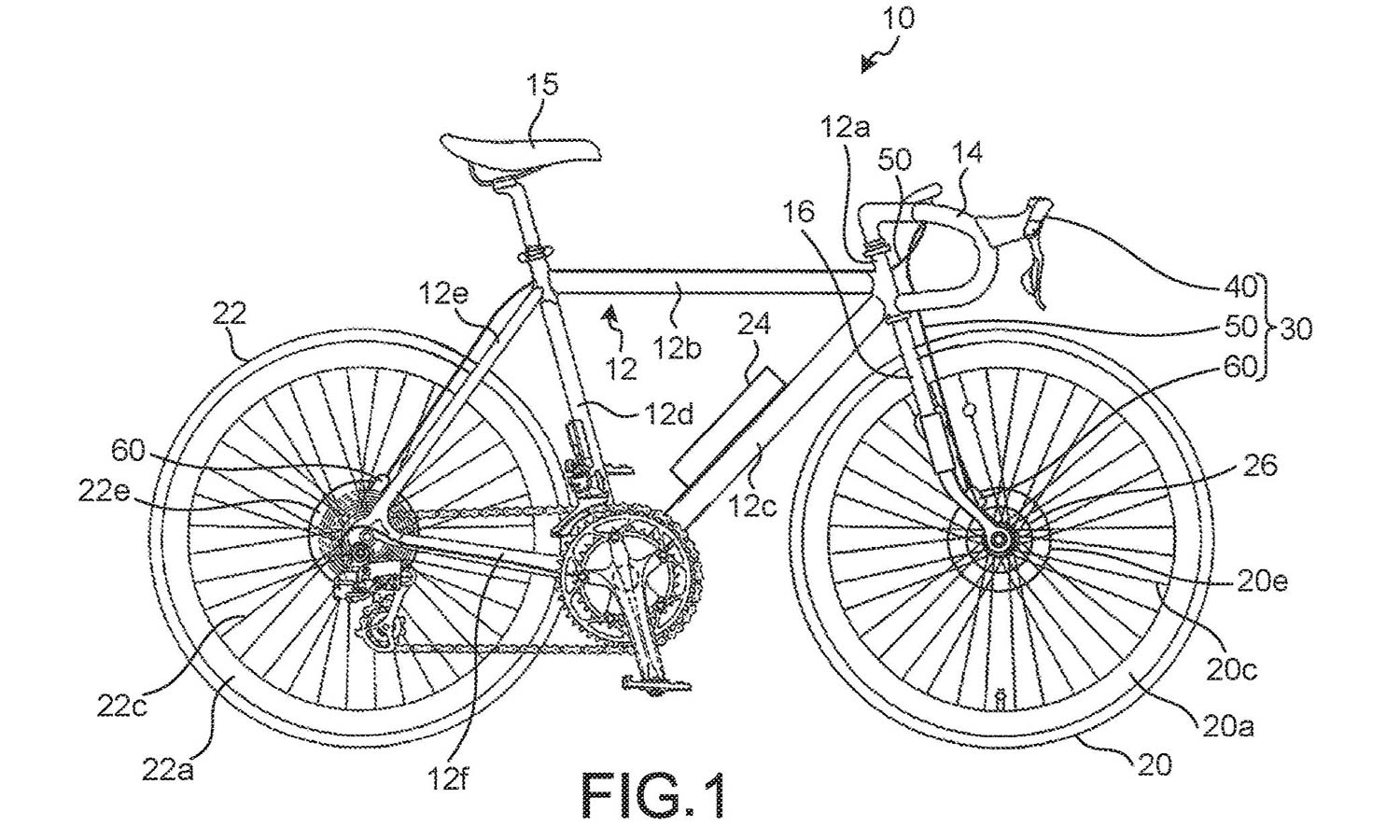 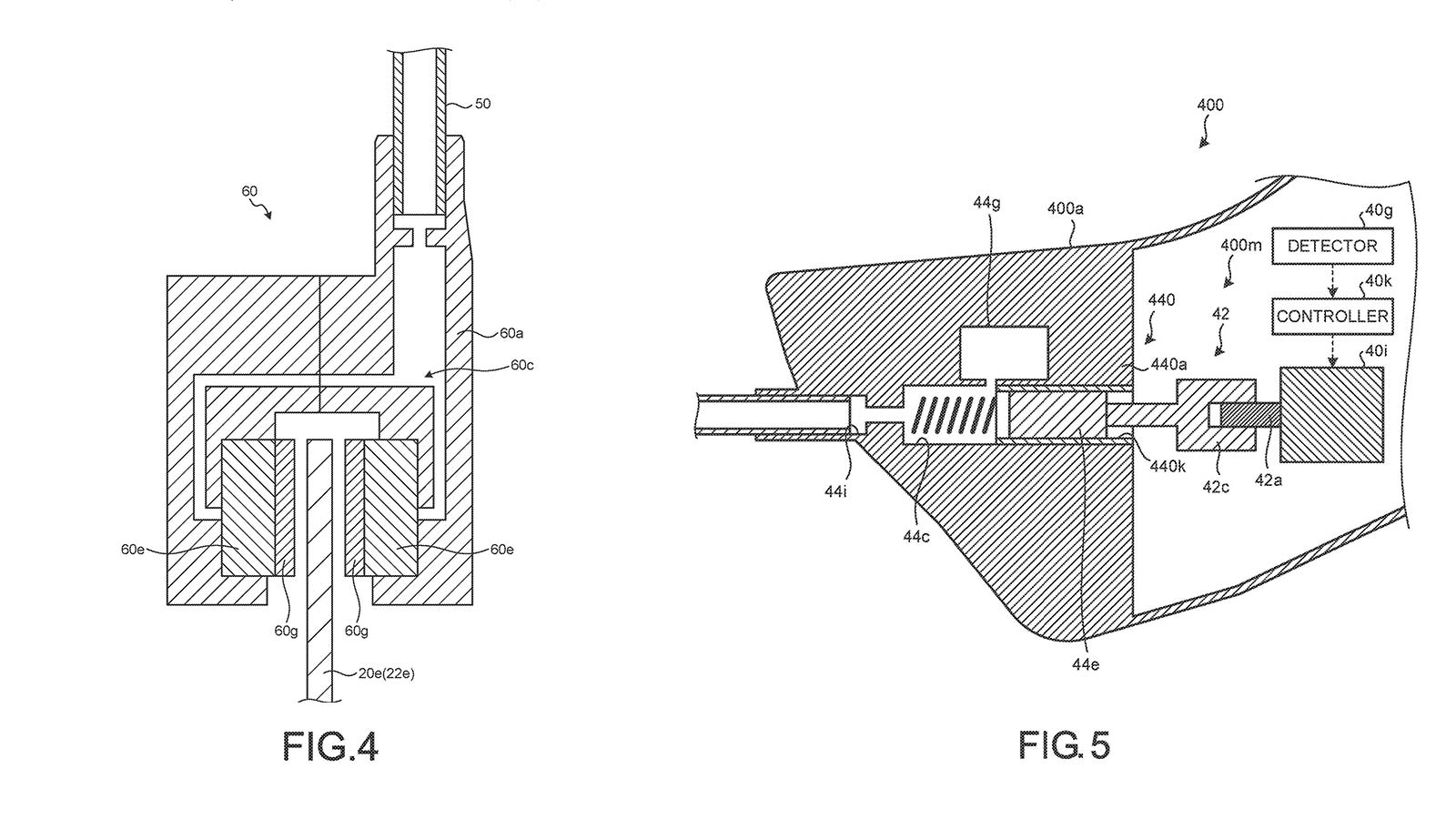 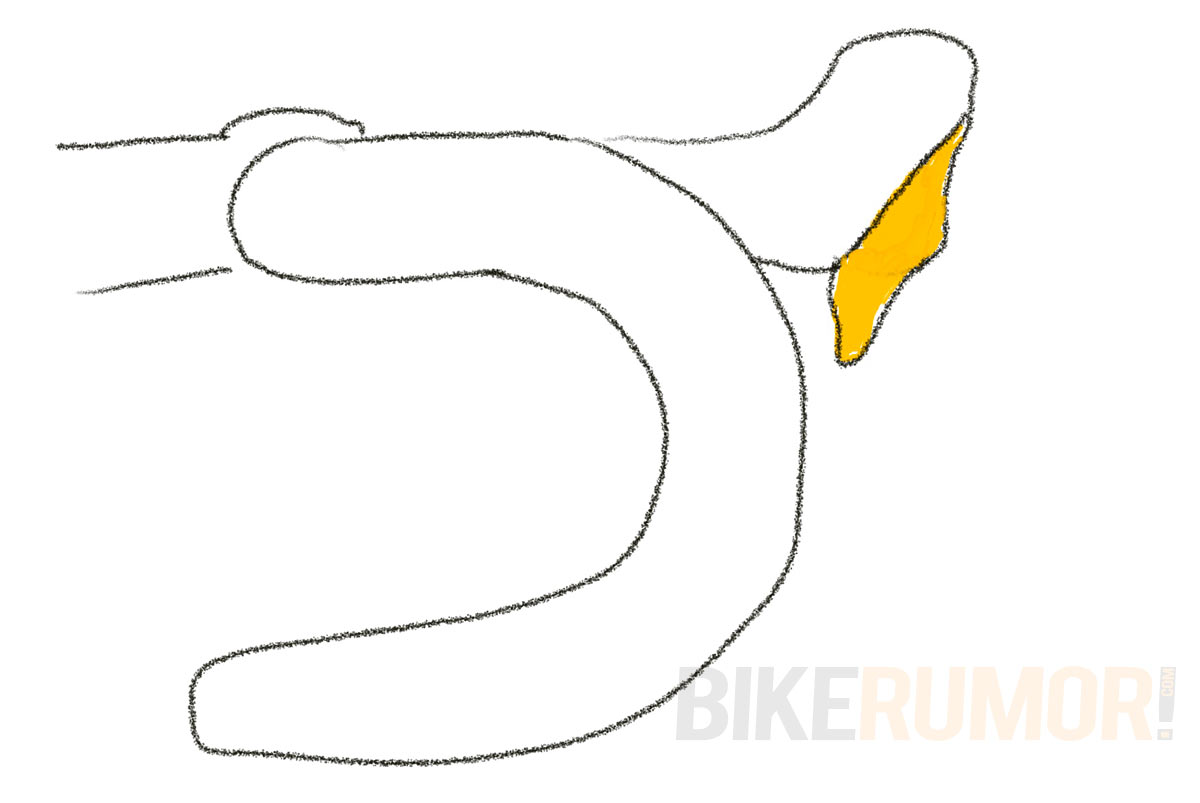 Our concept drawing of what an electric brake lever could look like on a road bike. 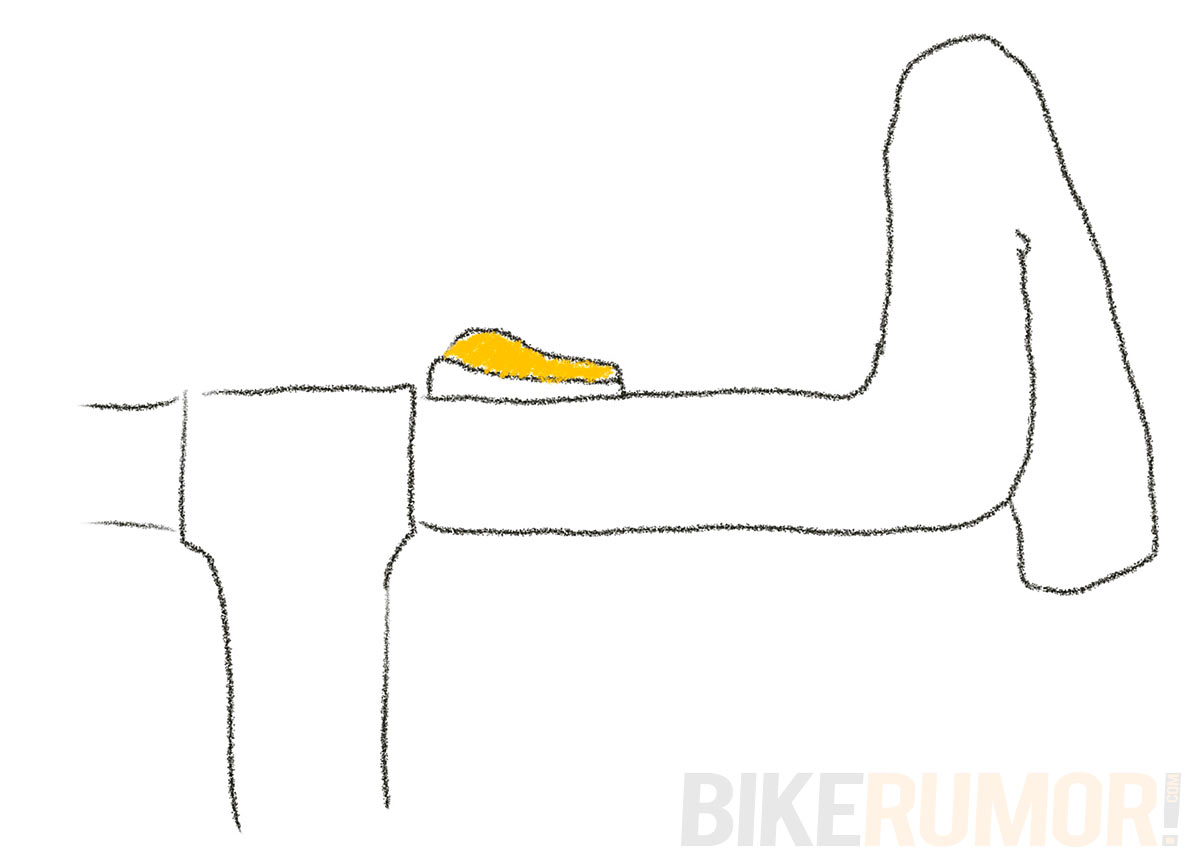 You listed some good reasons there, but perhaps the biggest reason is an Anti-Lock Braking System.

ABS is fine, but what about the brake lever feel (no fluid pressure resistance), modulation etc…? Also – current levers are long not only for the better leverage, but also cause You need to reach them from both the hoods and drops.

Yes the lever feel will be a problem. Unless that detector had another motor to produce some resistance based on the pressure. Seems unnecessarily complicated.

Safety aspects of having electronic braking cannot be exaggerated. You don’t want that brake lever running out of power halfway down a huge descent.

ABS. Bosch and Continental already have systems in place. This will be standard on E-Bike going forward of certain classes.

This would be a great system and lighter than most mechanical ABS designs.

Electric brakes on a quill stem bike, now that is some retro tech.

Regarding dead batteries, you’d actually have to engineer the braking system to work backwards so that by default the pads are pressed on the rotor, (similar to air brakes) and the only way the brakes are deactivated is by the system running. As far as fly by wire? I don’t know, those systems have a variety of backup system for hydraulic, electric and computer, the parts are changed on a time based schedule, and the quality/Qc of parts would blow away anything in the automotive industry let alone the bicycle industry which is largely a joke in that regard.

If my battery dies in the middle of a twisty descent or fast paced peloton, I don’t think slamming on the brakes is much better than losing the brakes.

It could probably achieved so that when the system detects the battery going out soon(ish), it would perform a controlled braking and then lock the pads pressed together until a decent level of charge was detected. With current battery technology that could mean your bike locking up with anything from 5% to 20% battery left so hardly ideal either, I guess.

My guess is that this patent is about non-linear (and probably customizable) engagement of the pistons relative to the movement of the break lever.

One of the biggest problems with road disc is disc rub, caused by the tiny gap between brake pads and disc, which becomes an issue once the disc deforms because of heat, or misalignment after a wheel swap.
If Shimano was to widen the gap between pads and disc, the first few degrees of lever movement would only move the pads through empty space, and it would take longer for them to engage the disc compared to todays setup.

With an electronic system, Shimano could have more piston movement for the first few degrees of level movement, thus allowing a wider gap between discs and pads. Even customization of the engagement curve would be possible.

That was my guess, too. But you say it better in english than me: “vous m’ôtez les mots de la bouche! »

Could strain gauges be added to the mix to mimic brake feel, modulation, etc.? Just guessing

I wonder if this is to allow integration of a regenerative braking system on ebikes. One lever, press a little, get regen, press more, get real braking.

Little bit of a niche use case considering most brands have gone to center-drive units. Regen only really works with a hub motor.

Cool if it had a cafe function so you could lock the wheels up while you went in to order a latte. Obviously it wouldn’t be as good as a lock, but it would stop a lot of the grab and ride thieves.

\Now that’s a patentable idea ….. love it … lock & sync to your smartphone for positive ID

Still – it’s not the same as the direct feel. Check how loadcell brake pedals work in gaming driving wheels – there are hard springs generating resistance (with a small, soft one for some ‘dead zone’ at the beginning) and a pressure sensor. Yet everyone can tell, that it’s not the same as a true hydraulic brake.

Another good reason for electronic brakes would be to make $5,000 from selling one group set. You just don’t get any profit from shimano 105.

If the brakes are electronic, they can also be used on turbo trainers for Zwifting…

I am not interested in the idea for bikes… but assuming you have driven a car designed and built in this millennium chances are you have experienced electrically-actuated brakes. And they can be made to have proper feel, etc.

There’s a lot of other things to go around to make this viable and redundantly safe, but it’s hardly the first instance of such a system.