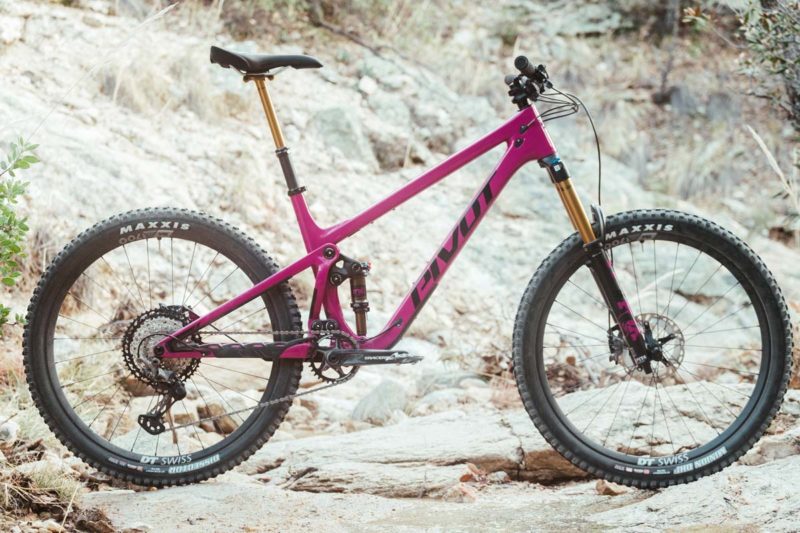 As one of the last remaining bikes in the Pivot lineup without a vertical shock, you could guess that the Mach 5.5 was due for an update. More than an update though, the Mach 5.5 is on the way out–replaced by the new Shadowcat. Like the name itself, the Shadowcat is all about MTB fun, rolling on 27.5″ wheels with emphasis on agility, responsiveness, playfulness, and all-around capability. 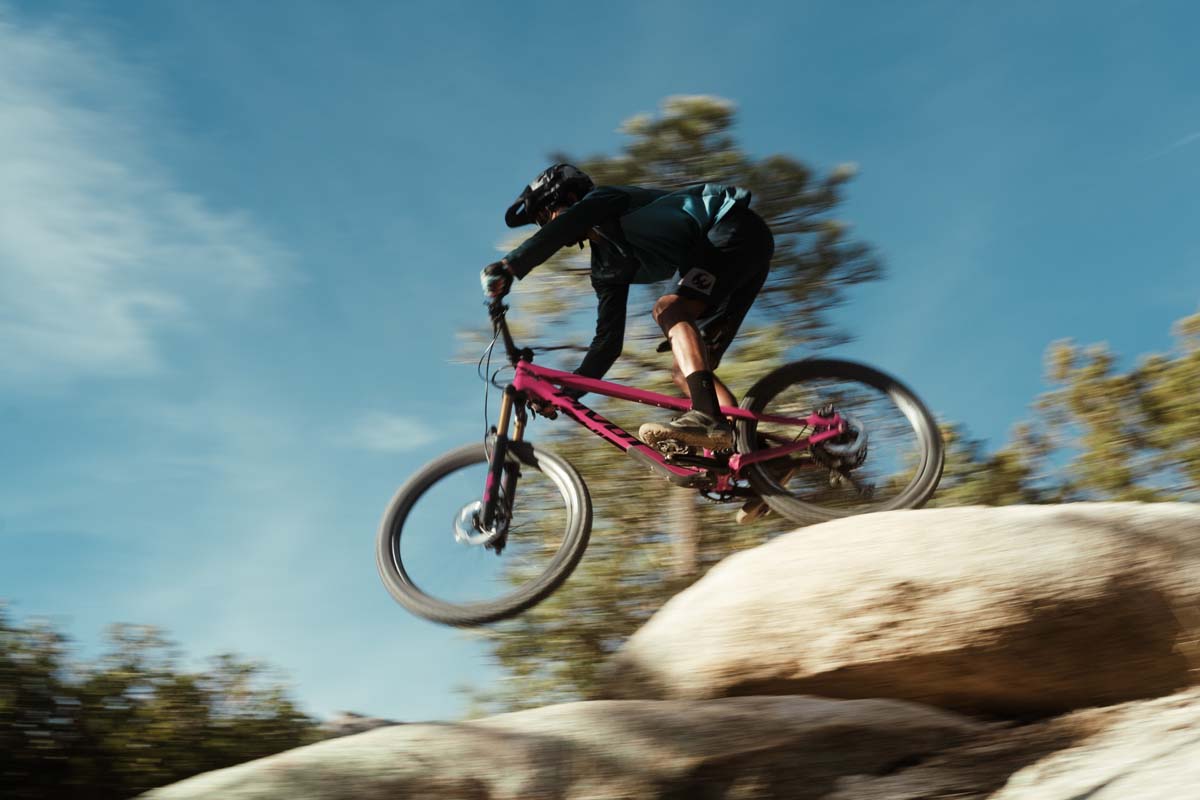 According to Pivot, the Shadowcat was always going to be 27.5″. Still a proponent of the smaller-than-29″ wheel size, Pivot touts their lightweight and faster acceleration. Aside from the benefits of the wheel size itself, the choice for 27.5″ wheels also has some interesting influence on the design of the frame. 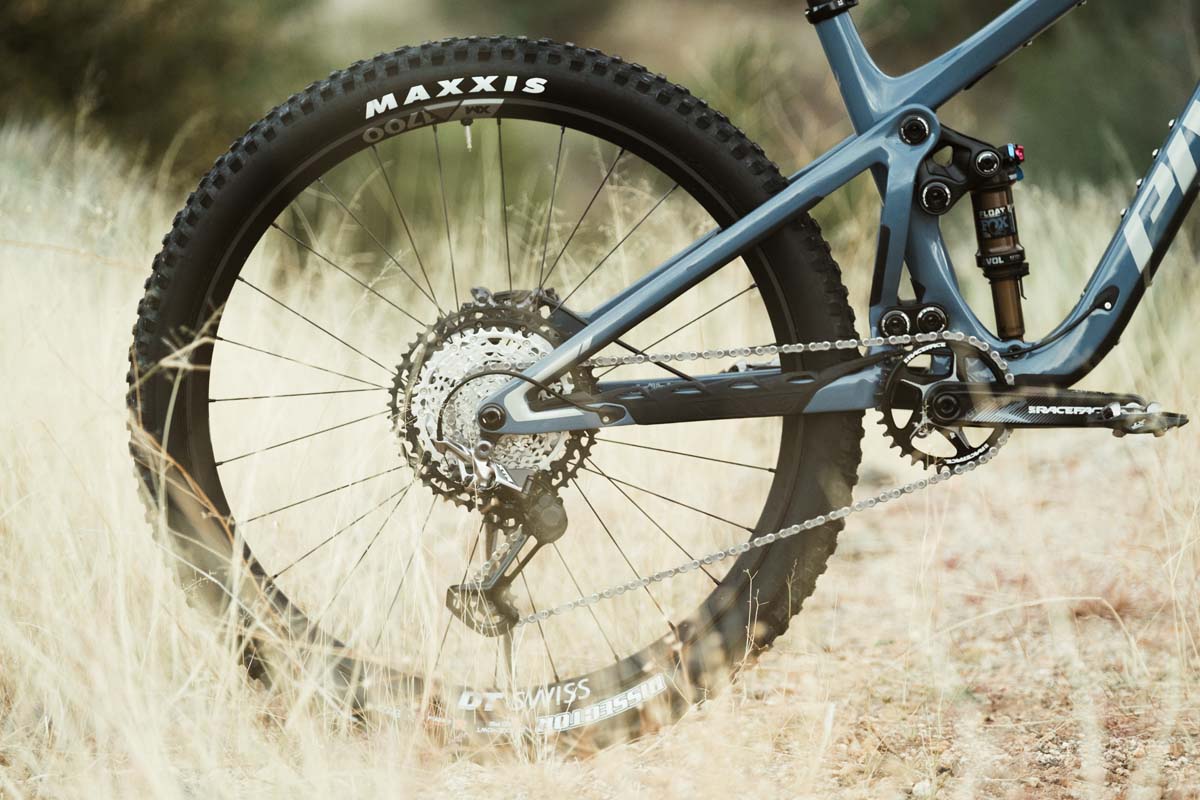 Without the need for increased tire clearance or stiffer wheels, Pivot has kept the Shadowcat as a Boost 148 x 12mm rear end. No Super Boost here. Because of that, the frames can use any 1x crankset with a 52mm chainline and their PF92 bottom bracket.

They’ve also settled on a geometry that uses the same length chainstays for each size, unlike the newest Firebird which gets size-specific chainstay length. Pivot says this is due to the desire to keep the Shadowcat fun and poppy, along with the fact that they anticipate smaller riders gravitating to the Shadowcat. 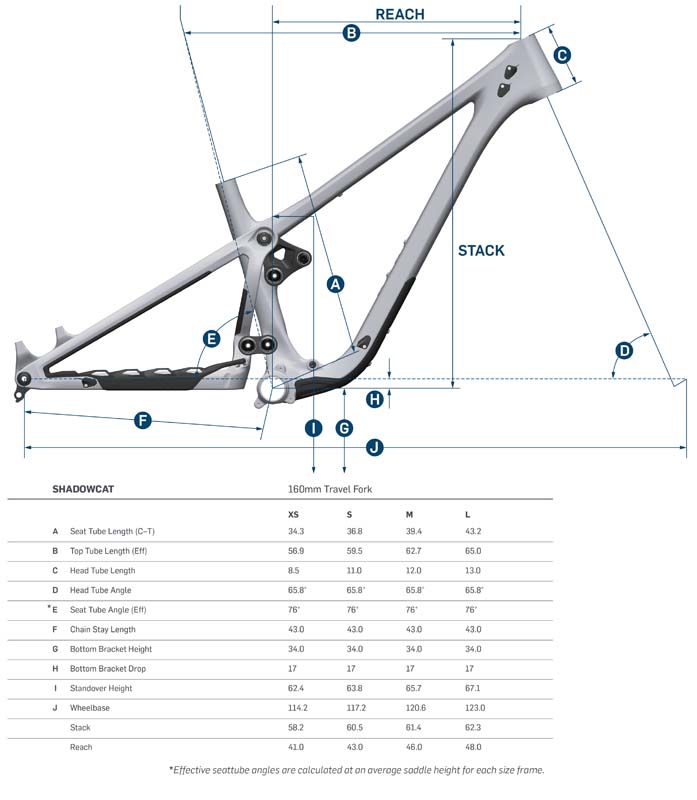 Along those lines, there are only four sizes available, from XS-L. Pivot figures that anyone who would need an XL frame would rather be on proportionally sized 29″ wheels. Mirroring the modernization of Pivot’s geometry, the Shadowcat runs a fairly steep 76º seat tube angle with a 65.8º head tube angle. 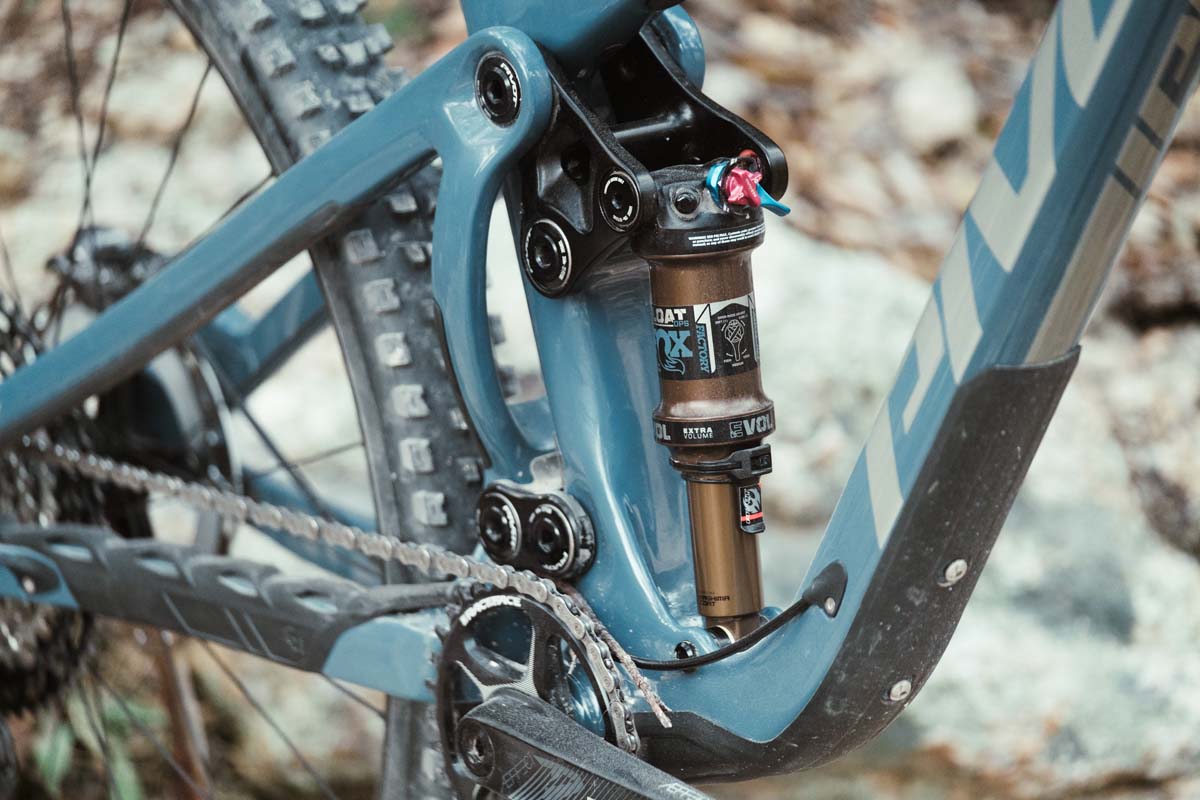 Built with the revised vertical shock, trunnion mounted layout of other Pivots, the Shadowcat offers 140mm of travel from the rear dw-link system with a 160mm travel Fox 36 with a 44mm offset upfront. Pivot’s take is that this bike pedals more in line with 125-135mm travel trail bikes, but has added suspension when you need it to make it more versatile. 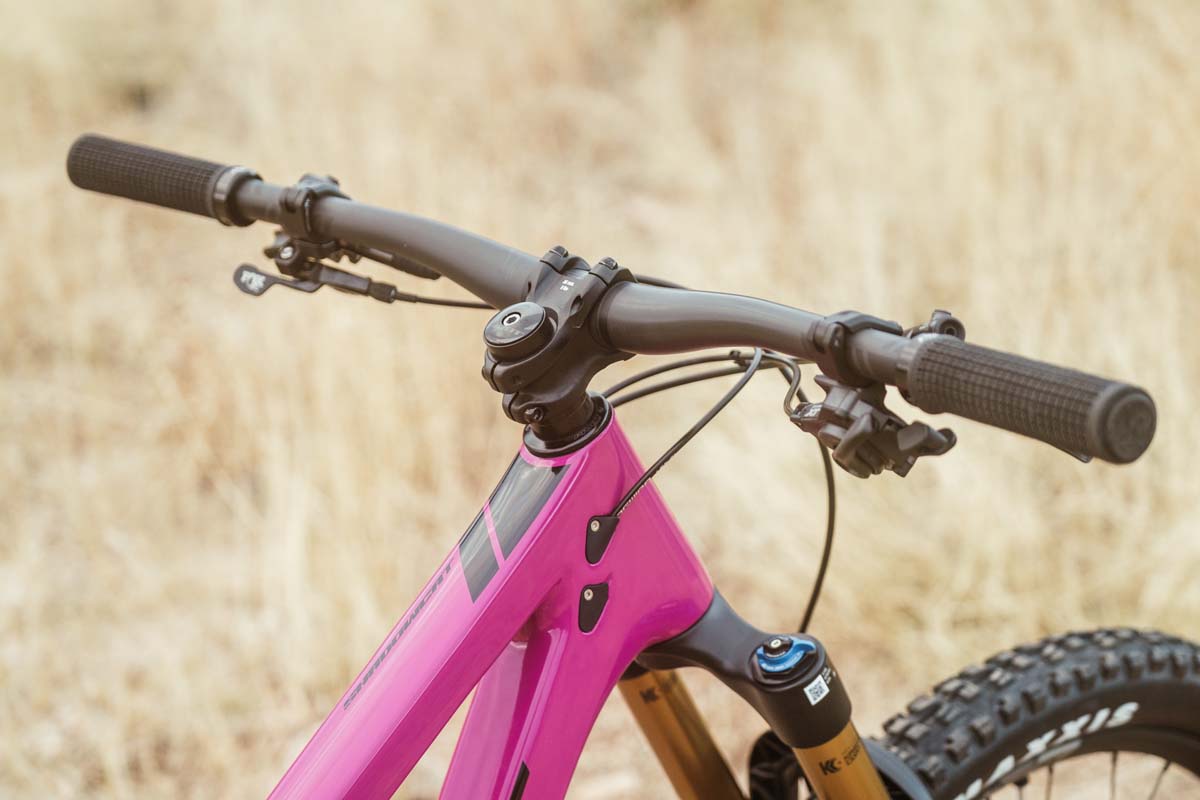 But with the travel firmly in the trail or even AM category, the frame weight edges closer to XC territory with an ultra-light build. Pivot claims that the front triangle is only 45g heavier than a Mach 4SL, and the complete frame is lighter than their Trail 429 platform. This was accomplished in part with continual improvements to their carbon layup and a size-specific frame design. Other details like an integrated headset and Boost spacing help drop weight as well. 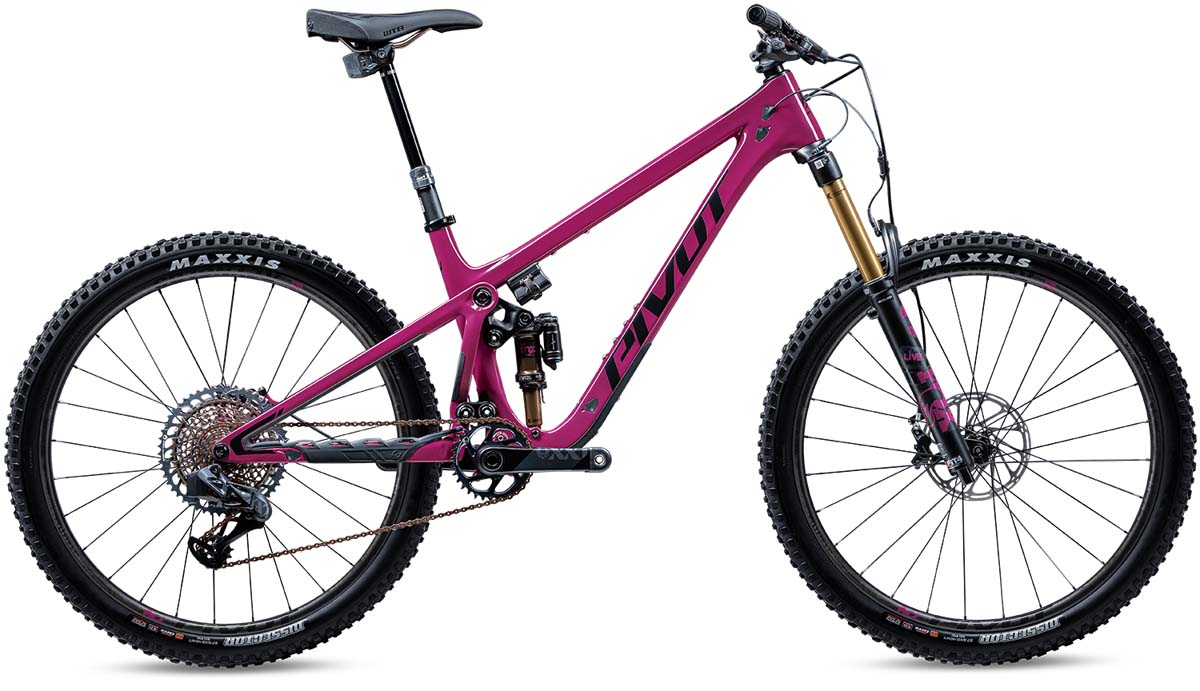 In spite of the weight reduction, the Shadowcat frame is still packed with features from the new SRAM Universal Derailleur Hanger, to the Pivot Tool Dock, Fox Live Valve integration, and multiple bottle mounting options–the XS has three mounting bolts on the downtube, S and M have four, and the L has two. 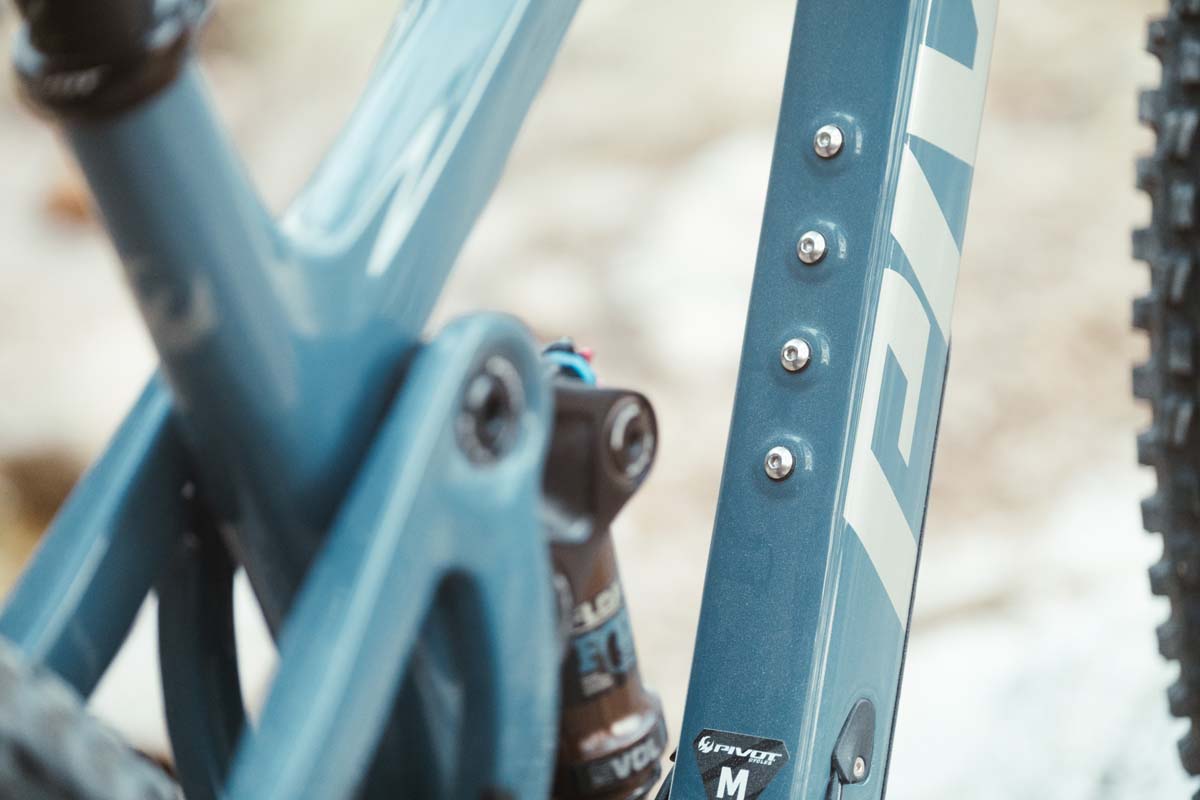 These allow for positioning the bottle cages on various frame sizes to clear the shock, Fox Live Valve, Tool Dock, and more. 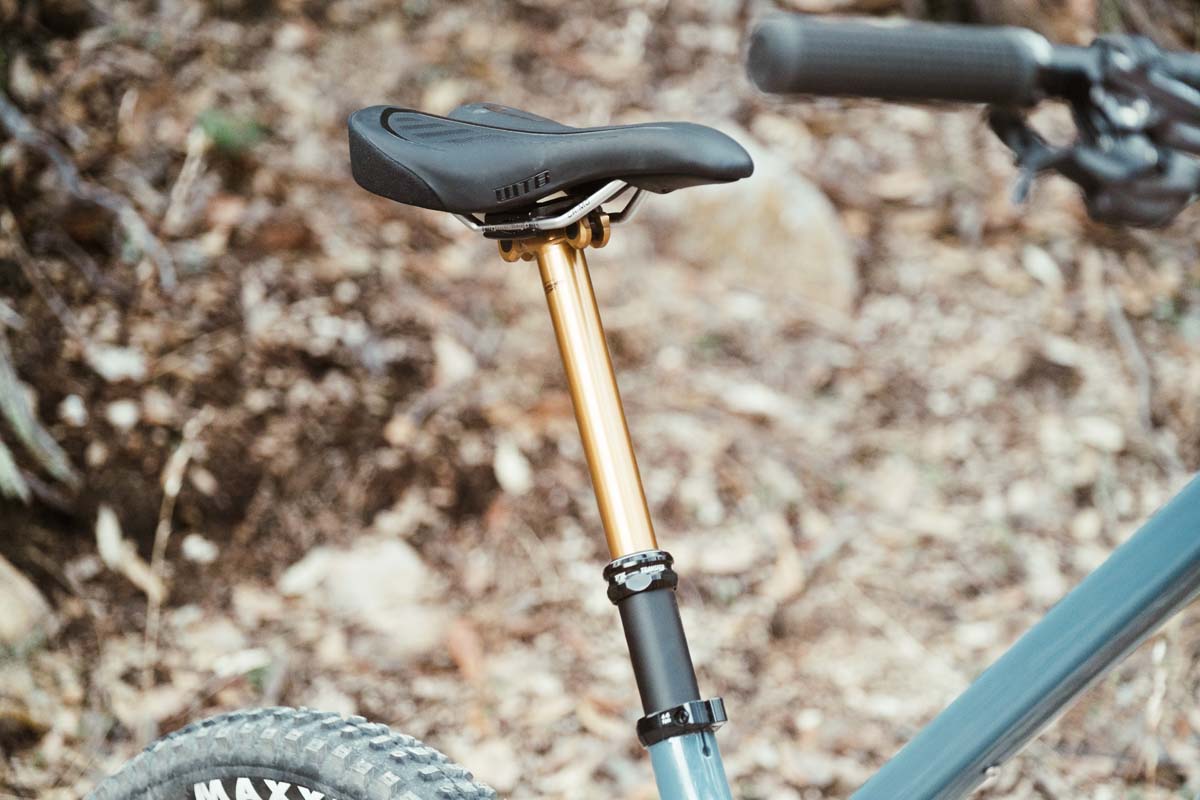 Other standard Pivot features include the Pivot Cable Port system to keep the internally routed cables quiet, a molded chainstay and downtube protector, ISCG 05 mounts, and a 31.6mm seat post with plenty of room for longer droppers. 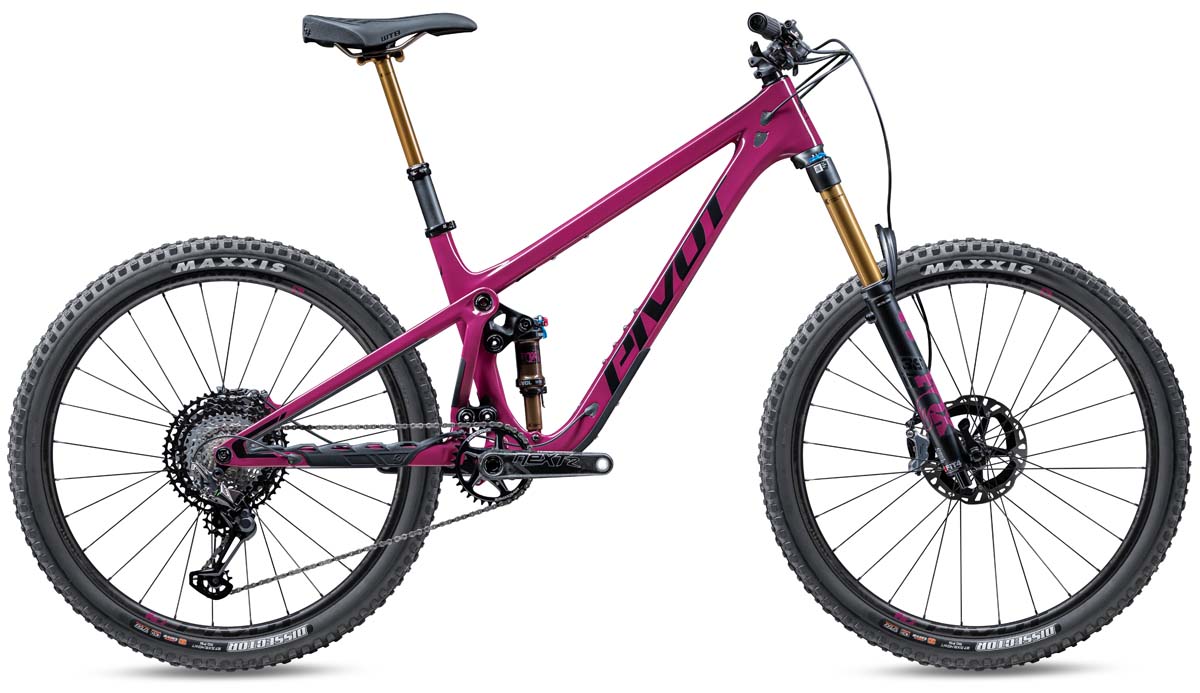 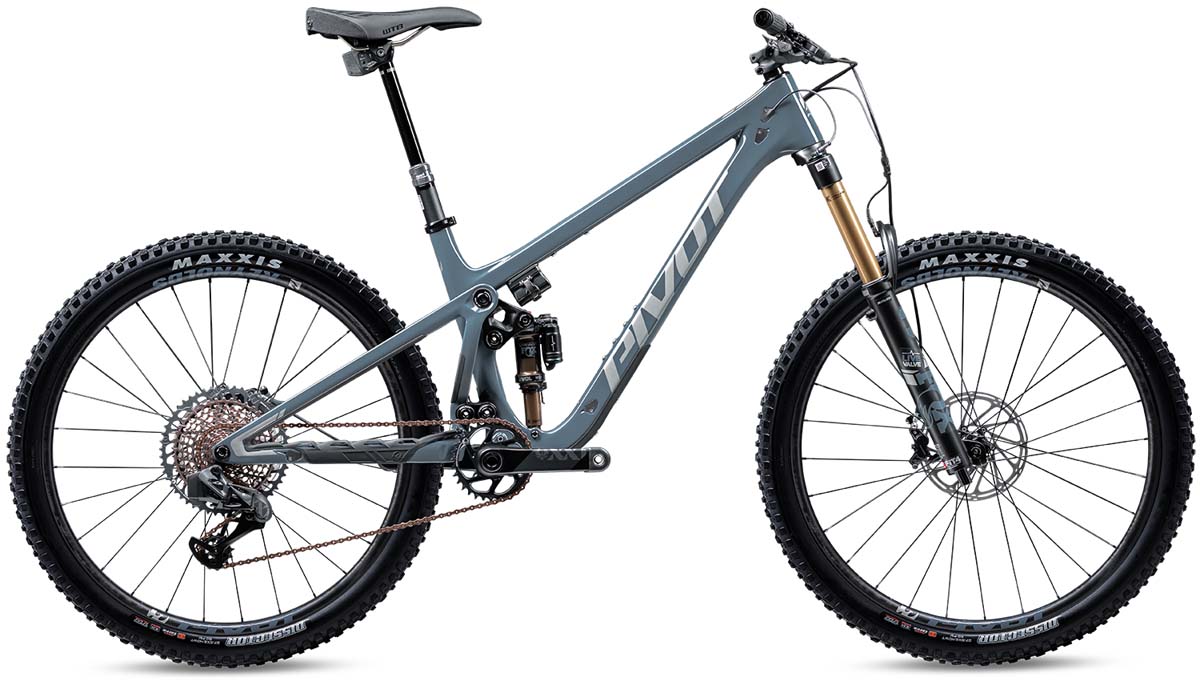 Available in Danger Fruit and Blue Mirage, each will be offered in six different build options from Shimano and SRAM with optional Fox Live Valve and Carbon wheel upgrades. Pricing starts at $6,199 and tops out at $13,599. Available now.

No frame only available?

I’m sorry – 14k is simply an attricious amount of cash to be asking. Even 10k.

Make an alloy frame. Stick to it. This is no longer mountain bike and is instead a catwalk.

I love how their ‘xt’ build has an xt rr der, but slx cassette, and brakes and is labelled an ‘xt’ build