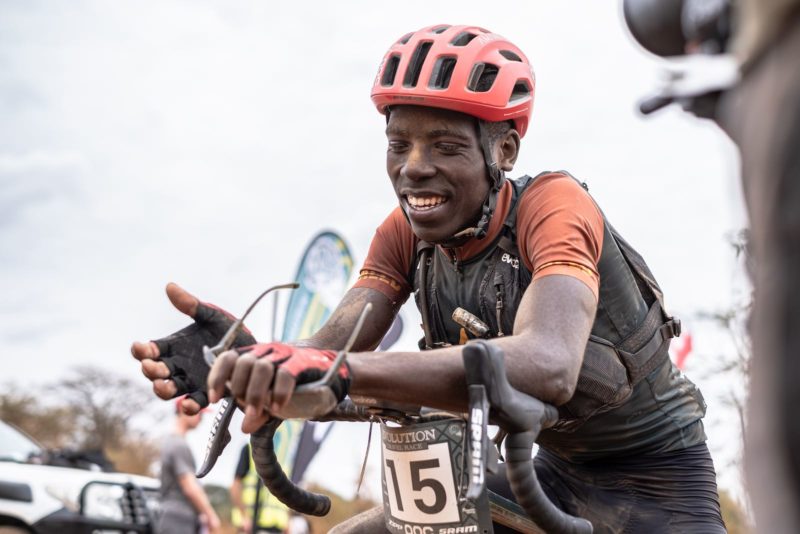 The collaborative release was already in the pipeline, the companies said, before Kangangi tragically died at the Vermont Overland gravel race on Aug. 29. AMANI decided to keep moving forward with the gear as a tribute of sorts to their fallen teammate. 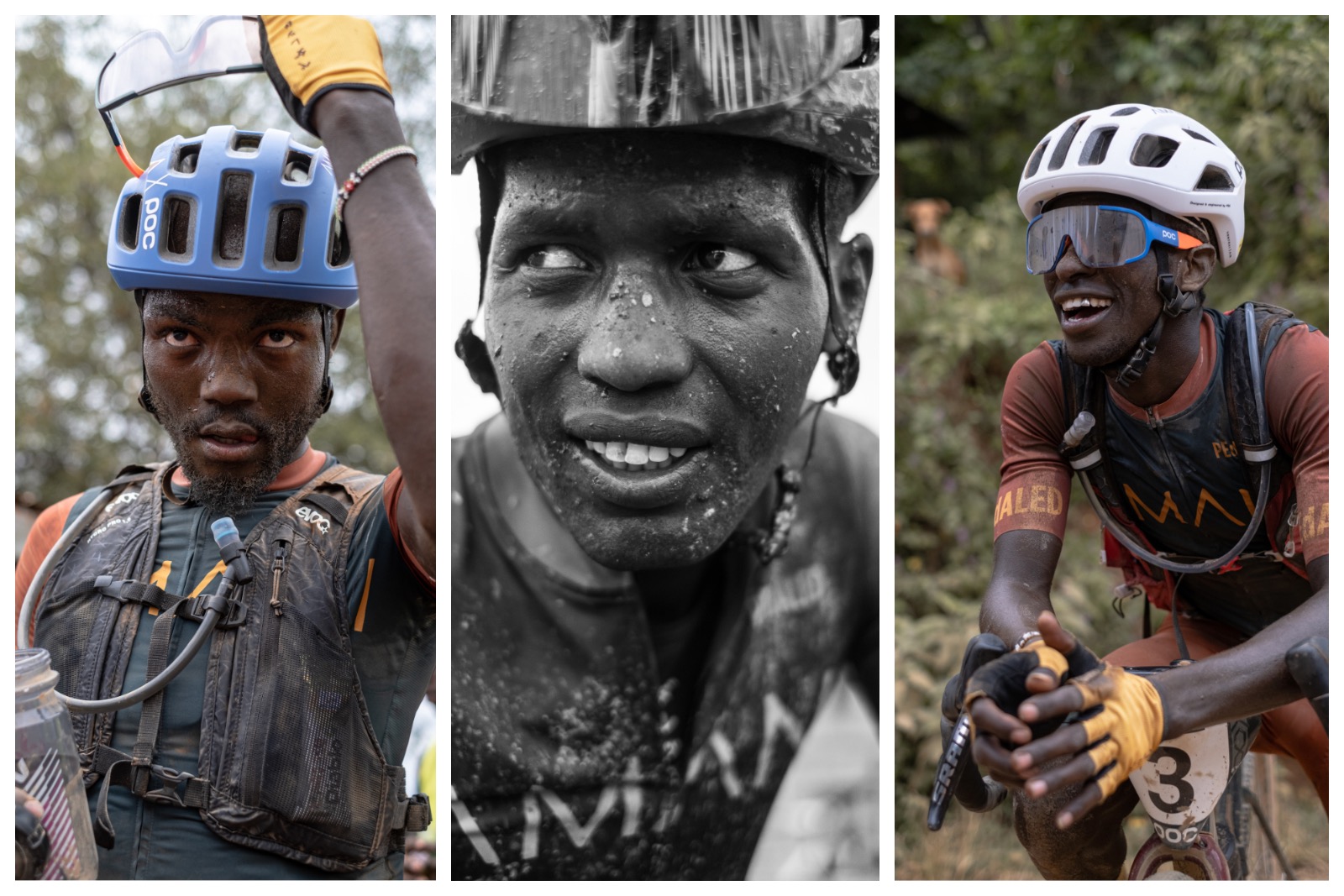 “The entire AMANI team and partners are still coming to terms with the recent tragic loss of team captain, Sule Kangangi, but have decided to continue with the release as the collection represents ongoing inspiration to those wishing to support the project. The release is also in respect to Sule, who was an instrumental part of the design process and who was excited to share it with the world,” the team said.

The POC helmets come in various colors and celebrate the AMANI riders’ home countries. Decals of the flags of Kenya, Rwanda, and Uganda all decorate the buckets. They and the glasses also help highlight the unique character of each team member — ultimately, the brands decided to let each rider choose their own colors for the collection. 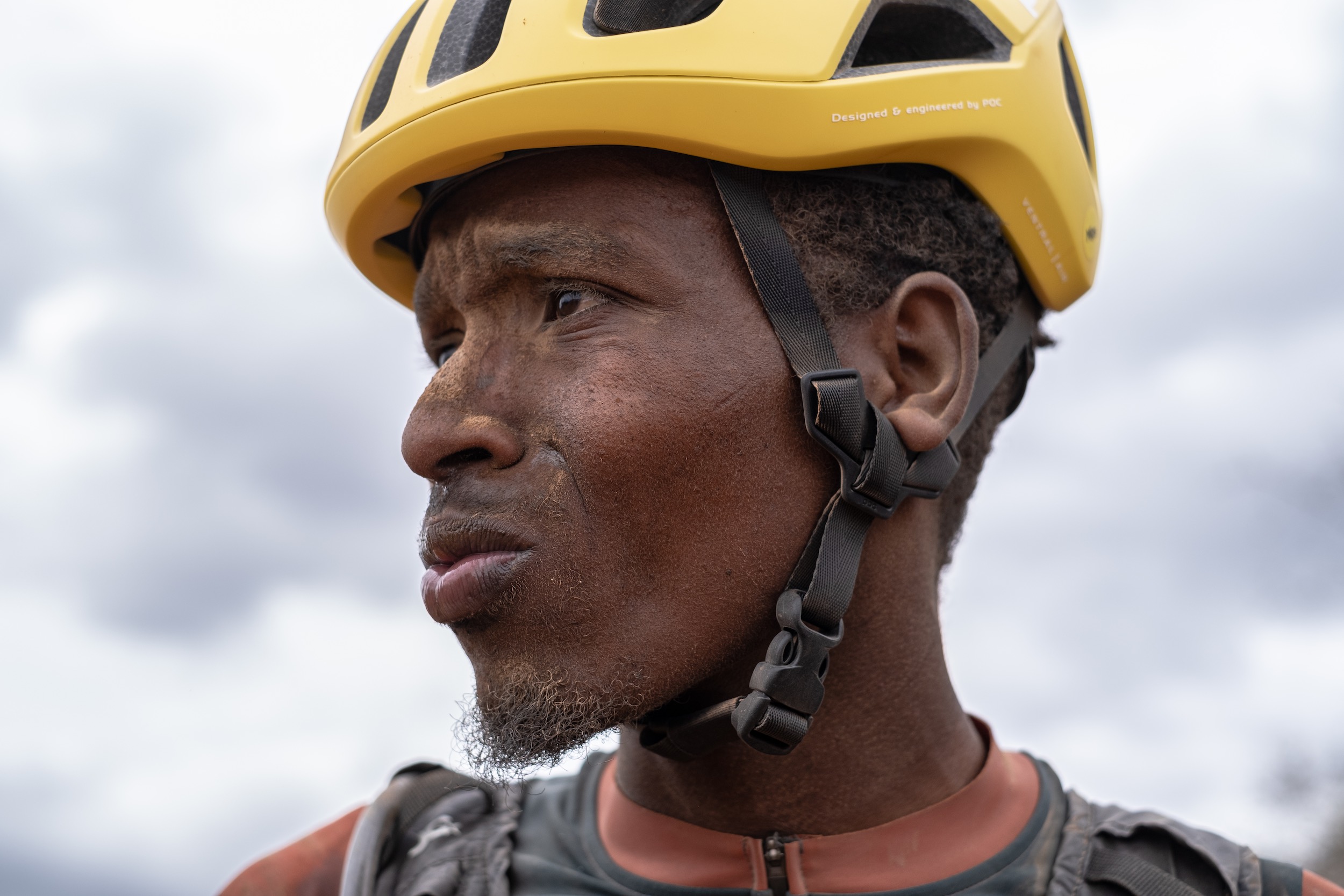 Each helmet also includes a U.S. and Australian flag decal in a nod to team manager Mikel Delagrange and Lachlan Morton, a longtime AMANI supporter. 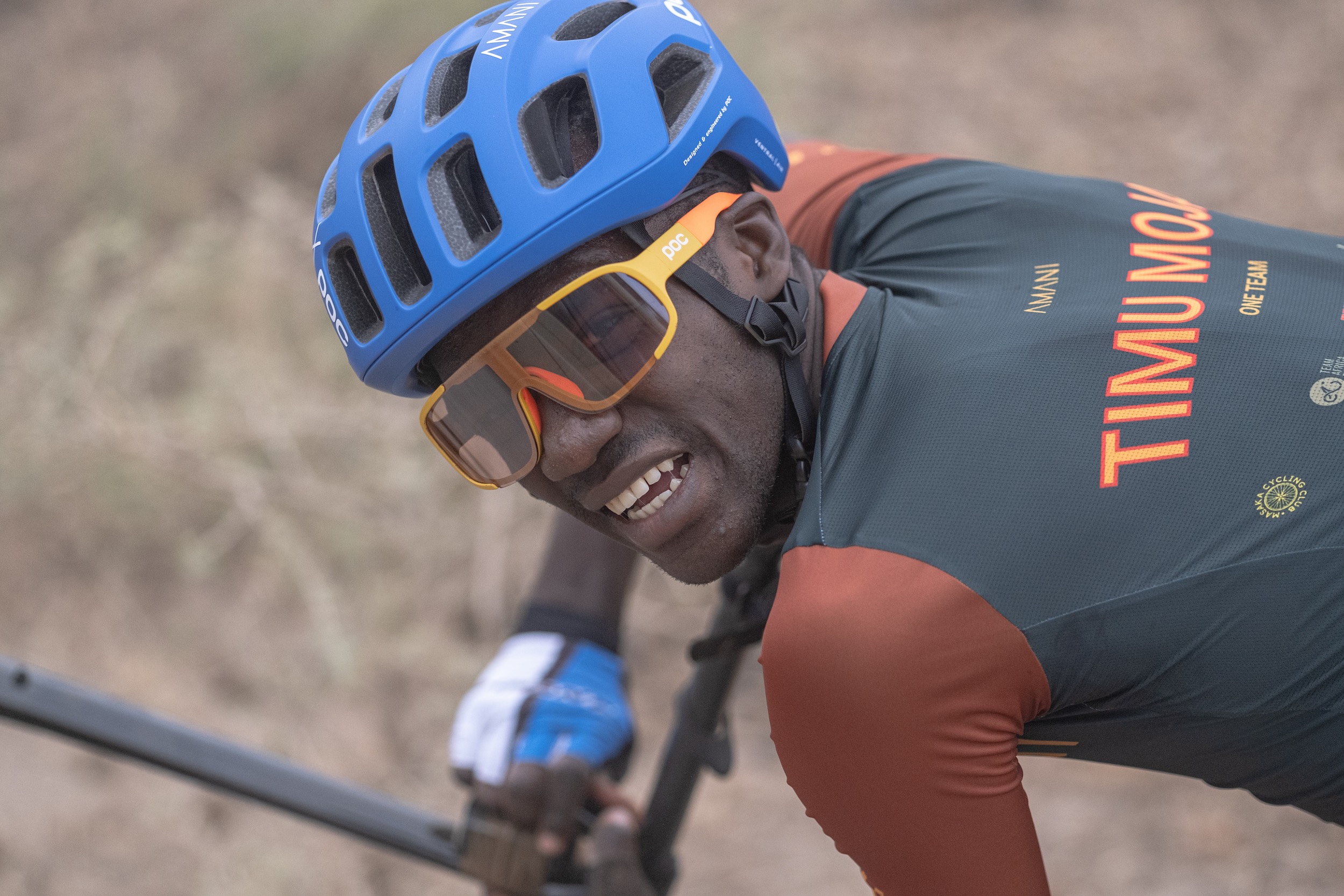 POC’s Ventral Air MIPS helmets and Aspire sunglasses complete the line. POC got on the leading edge of MIPS, becoming one of the first helmet brands to offer the impact-diffusion system. But the brand only recently reintroduced it, and the Ventral Air onboarded it. Internal airflow channels seek to promote circulation at any speed. MSRP: $260. 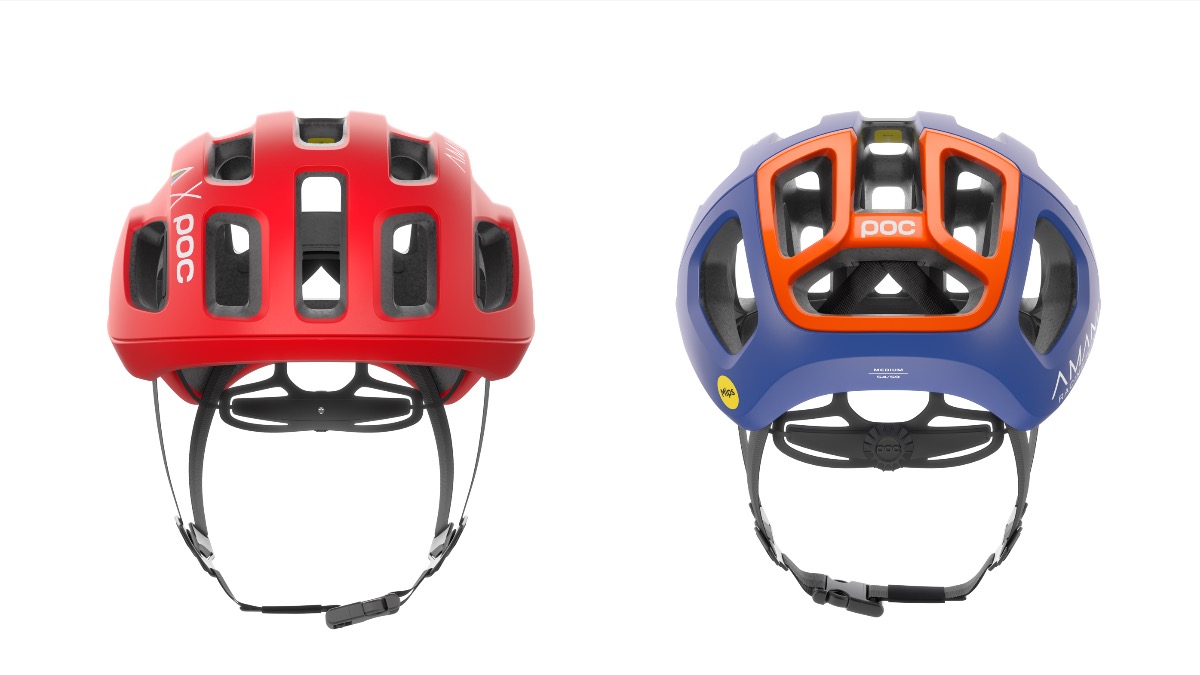 On Aspire glasses, Carl Zeiss Vision lenses aim to render high contrast and color definition. And the glasses come with UV400 sun protection, which blocks rays to the top of the ultraviolet spectrum. Rubber touches help them stay put when the going gets sweaty. MSRP: $220.

AMANI and POC said all proceeds from the limited-edition collection will support the team and its broader project: “to support East African riders and give them the opportunities to race and show the world their talent on a level playing field.” 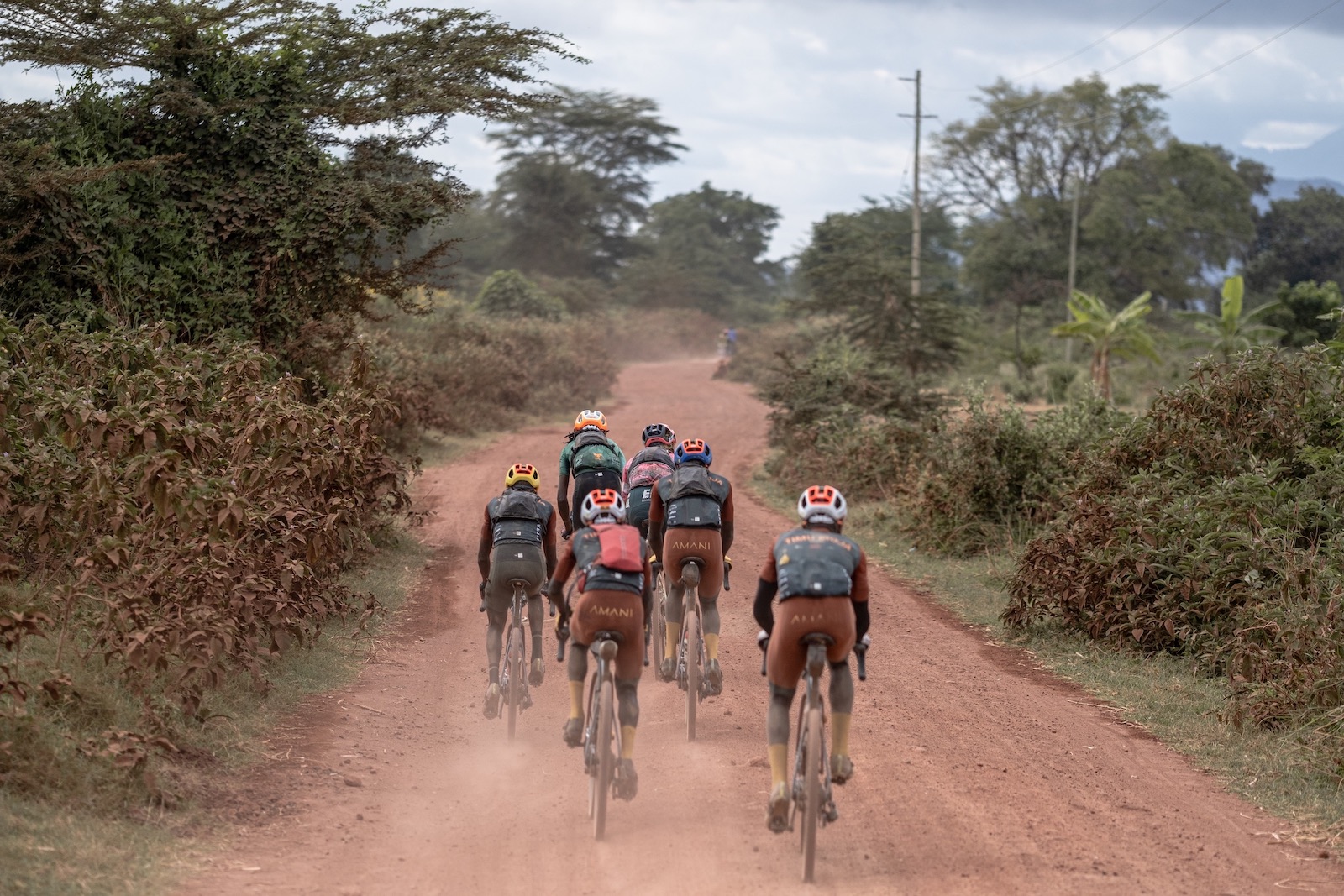 True, no bike helmet can replace a teammate or any human being. But Team AMANI manager Mikel Delagrange spoke about the significance the new equipment represents for the riders.

“We have been racing in them for some time and take great pride in what they stand for. And now, on top of that, they are a connection to Sule that we want to share with everyone as we know he would be overjoyed seeing our team supported and our helmets and eyewear ridden all around the globe,” he said.

You can also support Kangangi’s family and Team AMANI via their GoFundMe. As of this writing, nearly 1,000 people had contributed over $84,000 to the cause.

I tried to purchase gear via the link provided, but got a 404 error. Is there another link? I also tried a general google search and couldn’t find anything.