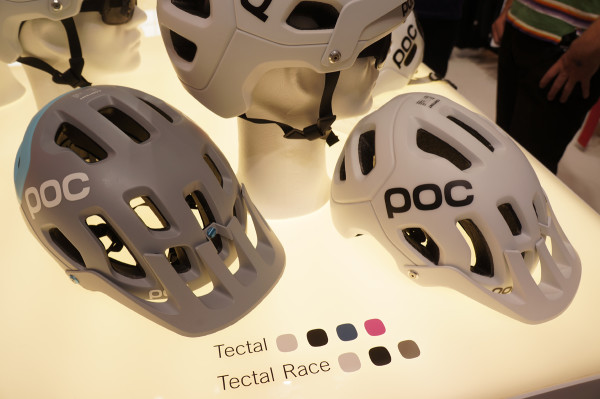 If you’re going to announce new ownership to your company, a strong showing at a trade show prior to the big announcement seems like the way to go. First Moots, and now POC have been sold to new owners just following Interbike. POC is now owned by Investcorp, “a leading provider and manager of alternative investment products.” According to POC’s founder and CEO Stefan Ytterborn,  “We are delighted to be partnering with Investcorp in the next stage of our development; with Investcorp, POC has the capability to further accelerate, to grow sales, increase penetration into new markets and drive forward innovation, while not deviating from our ultimate mission of doing the best we can to possibly save lives and reduce consequences of accidents for gravity sports athletes and cyclists”

Take that as you will, but if the products and concepts shown at Eurobike and Interbike are any indication, it seems that POC’s future is in good hands… 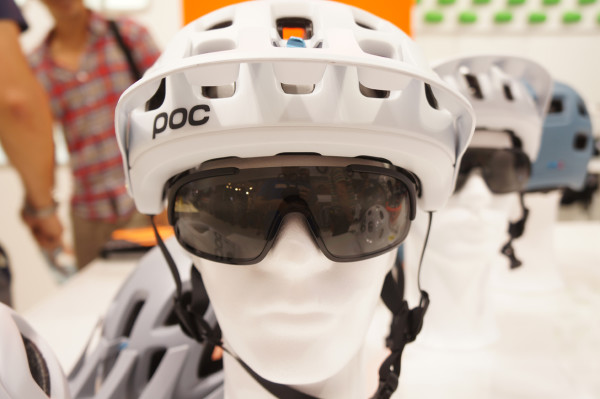 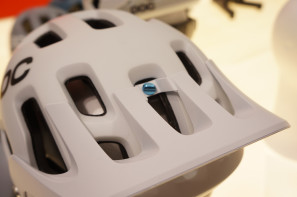 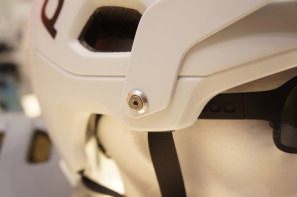 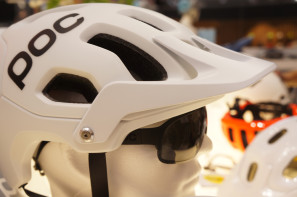 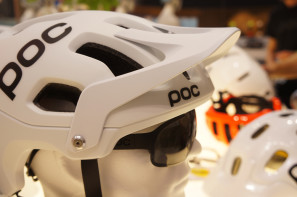 Over the years, there is no denying the fact that the POC Trabec sort of set the tone for the company. At the time of its introduction, the alien styling caused it to stand out against a sea of similar helmets. The Trabec managed to stay current for quite a while, but now the helmet is being replaced by the new Tectal. Designed with the protection of the Trabec but the ventilation of the Octal, the Tectal will be available in the Standard and Race versions. Both helmets offer more coverage than the Trabec while adding a new adjustable visor and 360° Tension system. 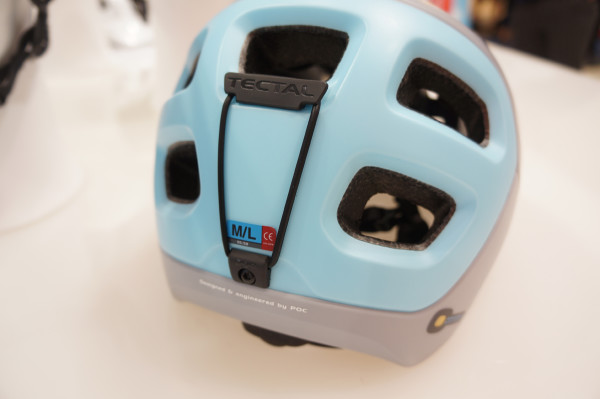 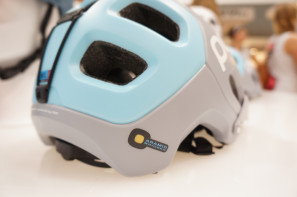 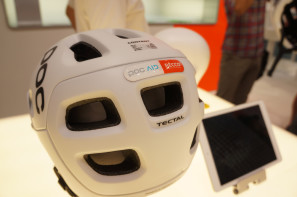 The step up to the Race adds an integrated goggle clip and an Aramid Bridge around the entire helmet, while the standard uses it just at the seams. With a claimed weight of 340g, both helmets will be available in three sizes and multiple colors for $190 for the standard, and $210 for the Race. Tectal Helmets will be available in February of next year. The first generation of the Tectal will not include MIPS.

As one of the POC Aid safety concepts highlighted at the show, both helmets will be equipped with a Recco reflector which is a special chip that will allow helicopters equipped with the Recco locater to easily find stranded riders. 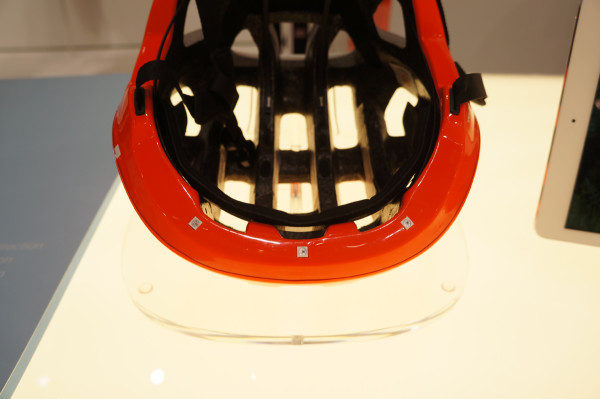 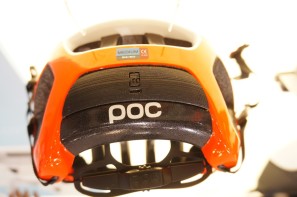 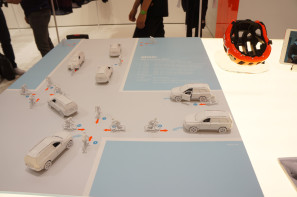 A concept that is farther out from fruition, POC’s MOC or Map of Consequences highlighted the numerous dangers that cyclists face while out on the open road. The idea which is still just a concept, is that a POC helmet would be fitted with a device that would communicate directly with equipped vehicles. A car is about to pull a left hook right in front of you? The LEDs at the front of the helmet will flash and warn you of impending danger. A car parked on the side of the road is about to open the door and door you? Your helmet would cause the car to temporarily lock the door until you safely passed. The potential of the System is pretty spectacular, but it’s one that is probably far away from seeing use out on the streets. 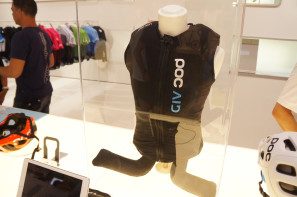 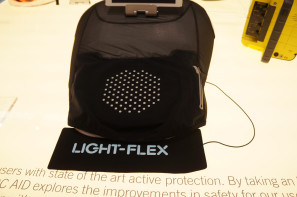 Other POC Aid concepts include the skier airbag vest which is designed to protect alpine ski racers during a crash, and the wearable Light-Flex concept which would build high visibility LEDs directly into your kit. 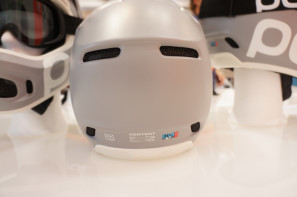 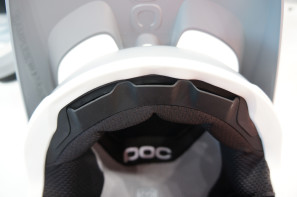 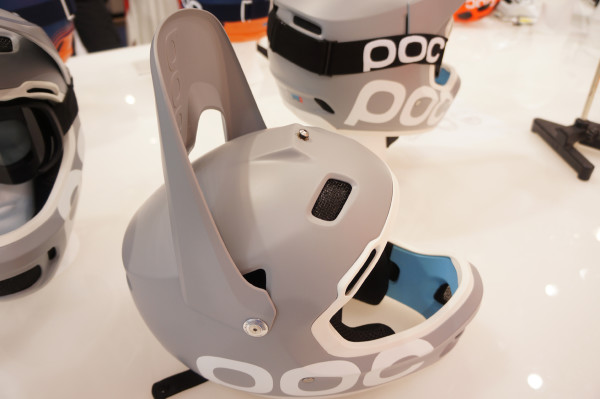 Getting back to products that are actually available (or will be soon), POC also has a new helmet on the DH side. The Coron was developed in conjunction with Martin Soderstrom and adds the versatility of a multi impact helmet through the use of a new shell material called M-Forge. An exclusive to POC for two years, M-Forge is a special fiber based shell that is combined with a multi impact EPP foam liner to create a helmet that will not only survive multiple impacts, but is very light at 1050g (claimed). Other details include a breakaway visor, a removable and washable liner, and a ventilation system with an internal channels. 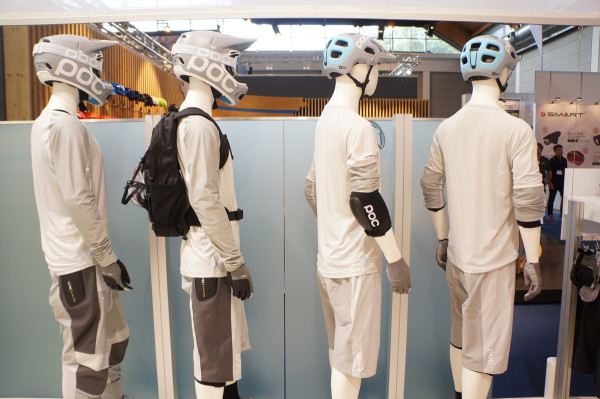 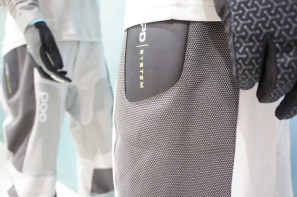 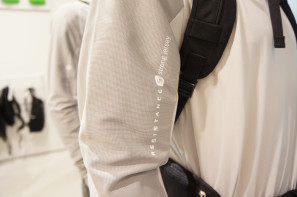 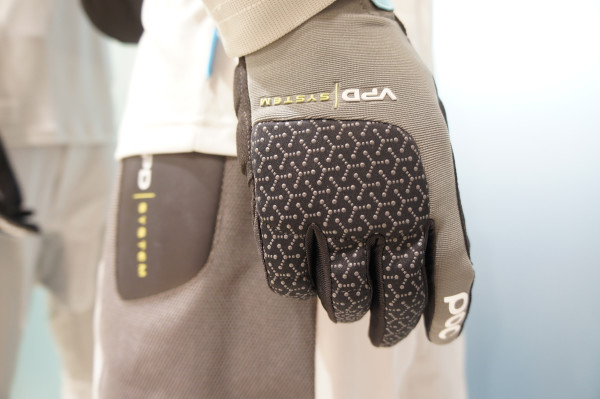 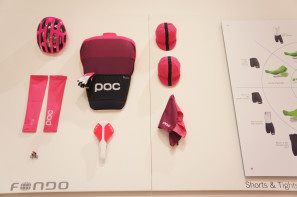 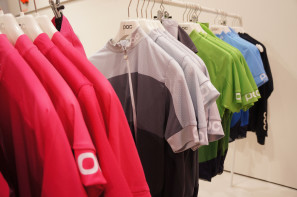 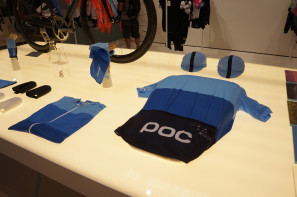 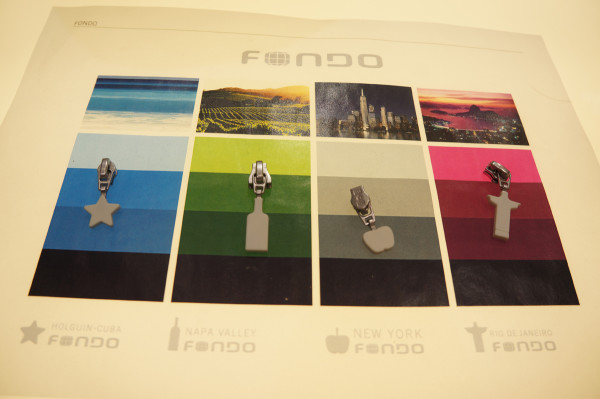 On the Road side, POC has launched the Fondo kit which builds off of the AVIP and Race Day lines with a more relaxed fit and slightly lower price point. The Fondo kit is offered in four different complete color stories, each based on a specific city with impressive details to match.

Interesting that Black Diamond sold POC so soon after acquiring them in 2012. Although, looks like BD will make 20 million on the sale (bought for 44.9m in 2012, sold for 65m to Investcorp) which is not too shabby. Investcorp doesn’t have a history of holding onto companies very long either, so hopefully POC continues to have soft landings in the future.

Can’t wait. I ride with a Trabec Race and my only complaint is the ventilation. This appears to rectify that problem. I’d wait for the MIPS version if I knew the 2nd run would offer it. Any word on if/when that would happen?

@Ryan, POC told us that they always introduce the first Gen of new helmets without MIPS. They hinted that the Tectal would have it eventually, but gave no time frame.

Why does “Investcorp” sound so dirty and evil? A leading provider of alternative investment products…yer kidding…yuck. Love to know what else this soulless things “invests” in…. Just what our industry needs…..not.

A bit of google will tell you what they do. For example, here’s a list of Euro companies they have stock in: http://www.investcorp.com/businesses/portfolio/current-portfolio/portfolio-europe

Take from it what you will.

Based on their new ownership I will assure you POC will not be on any of my shopping lists.