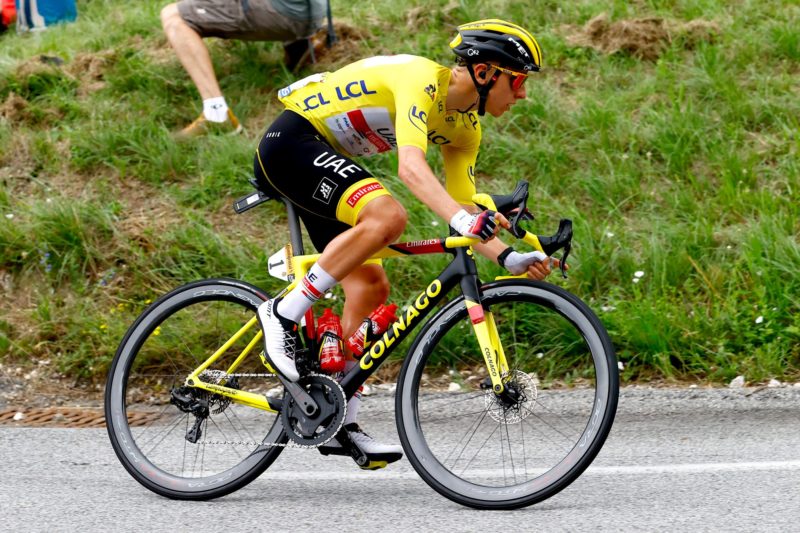 Want to ride like Tadej Pogačar? That might be a tall order — but with the introduction of its new Capsule Collection, Colnago makes it possible to at least ride a bike like his.

On July 19, Colnago announced it would celebrate the Slovenian’s second straight Tour de France win with a stable of the same bikes he used to win the tour. The livery choices in yellow, white polka dot, and white/black mirror the three leader jerseys Pogačar won in the TdF.

The brand says the three bikes in the V3Rs Capsule Collection “represent Colnago’s excellence in terms of technological innovation, performance and style.” Campagnolo handles the groupset and wheels, and the total cable integration gives an “aesthetically flawless look.” 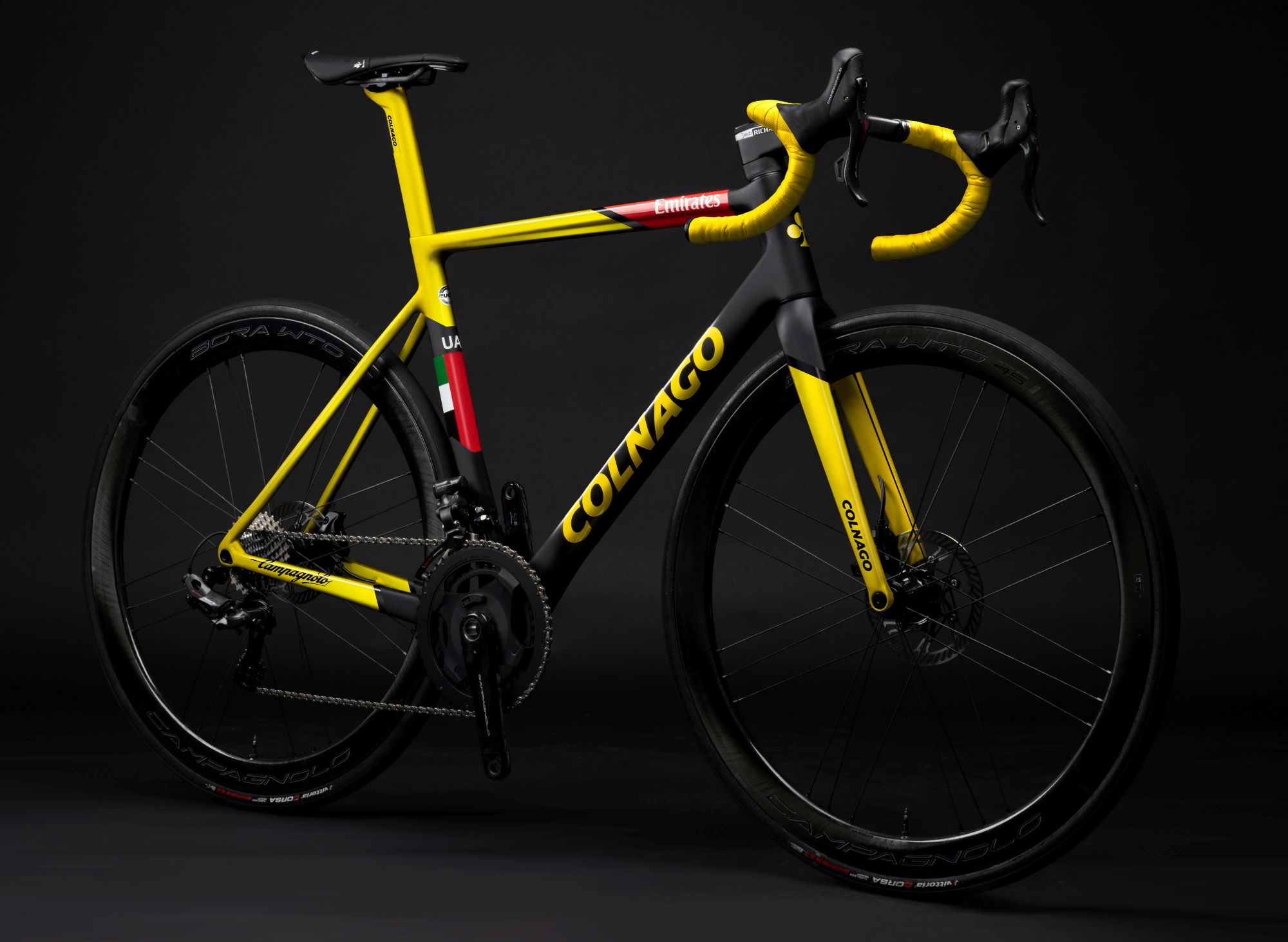 “One of the things I love most about doing well at the Tour is the special bikes Colnago produces for me, the attention to detail is astonishing,” said Pogačar. “I’m glad that other riders can now share this experience with these three special edition bikes celebrating the special three jerseys.” 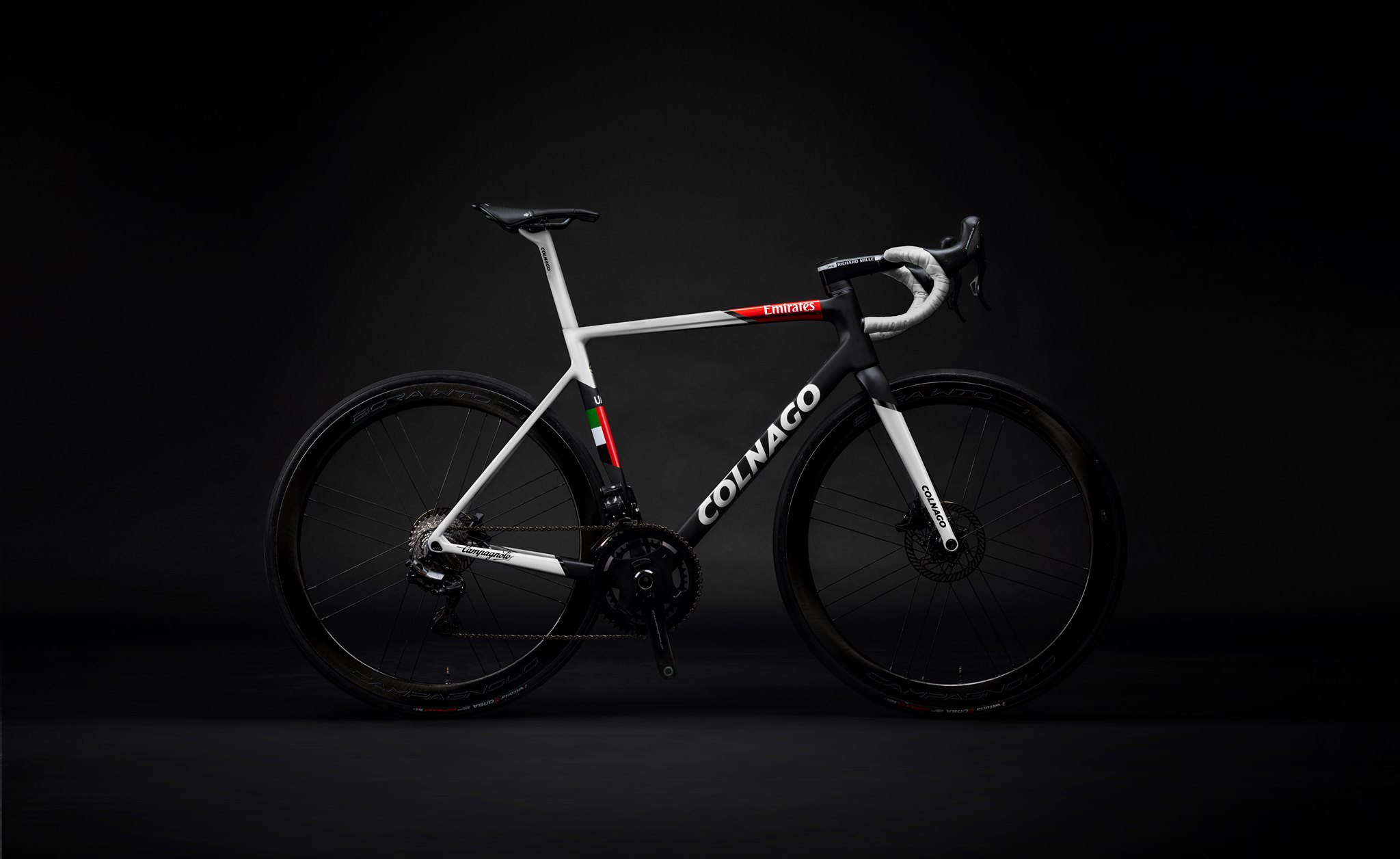 Colnago delivers the experience with its ultralight and aerodynamic V3Rs frame, which weighs a scant 790 grams. Pogačar calls out the Campagnolo Super Record EPS 12-speed disc groupset for its safe braking and fast shifting. The bikes sit on tubeless Campagnolo Bora Ultra WTO wheels, which Pogačar uses on the flat. “They’re really fast,” he assesses, then laughs. “I don’t know what to say.” 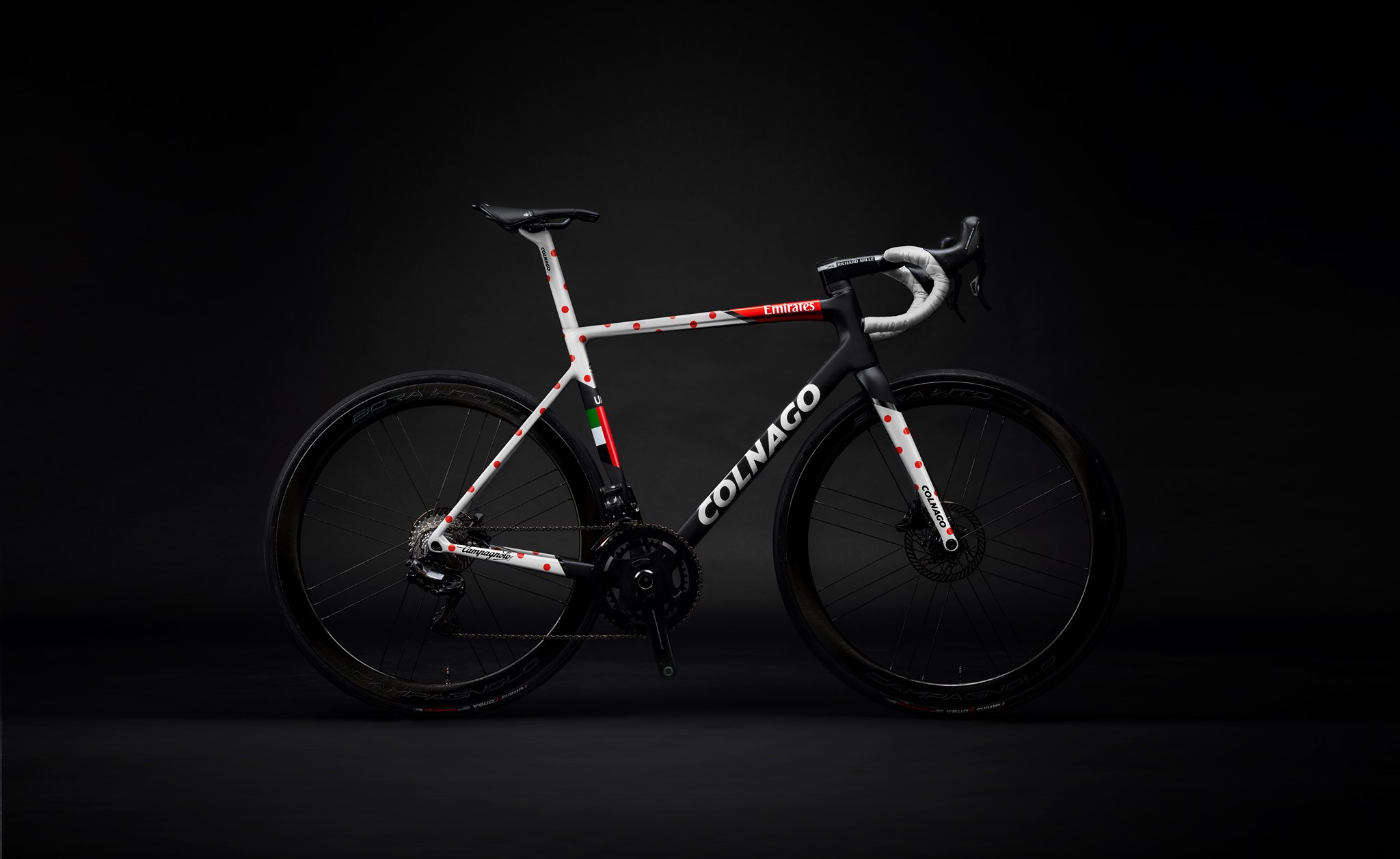 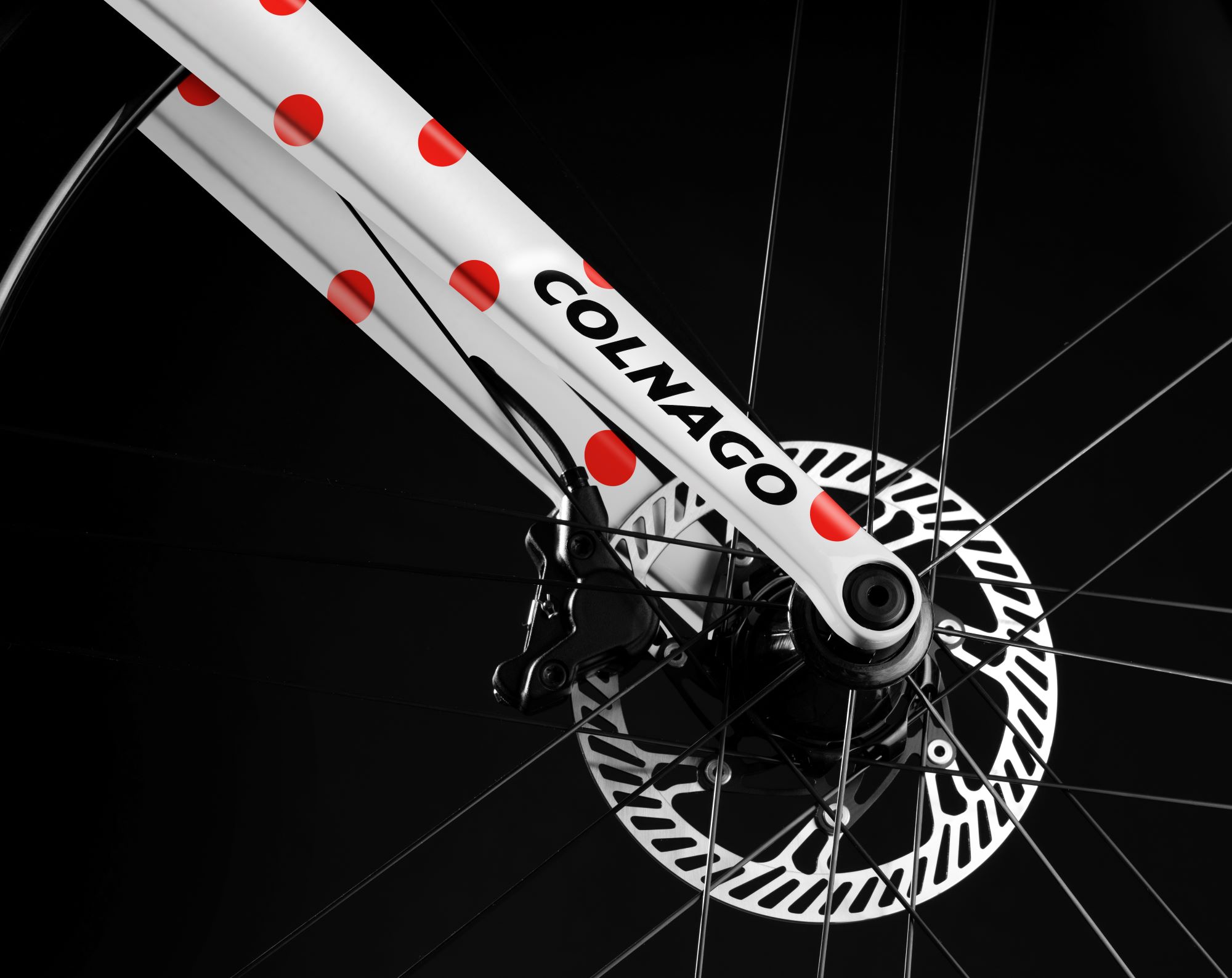 We wouldn’t either. Fresh off his second straight TdF win, in which the 22-year-old dusted the field with a 5:20 victory margin, he’s clearly just happy. The first thing he says about the Colnago Collection’s yellow jersey livery?

“I especially like this one because it’s yellow.” He flashes an impish grin to his camera crew, then refocuses on the bike in front of him. 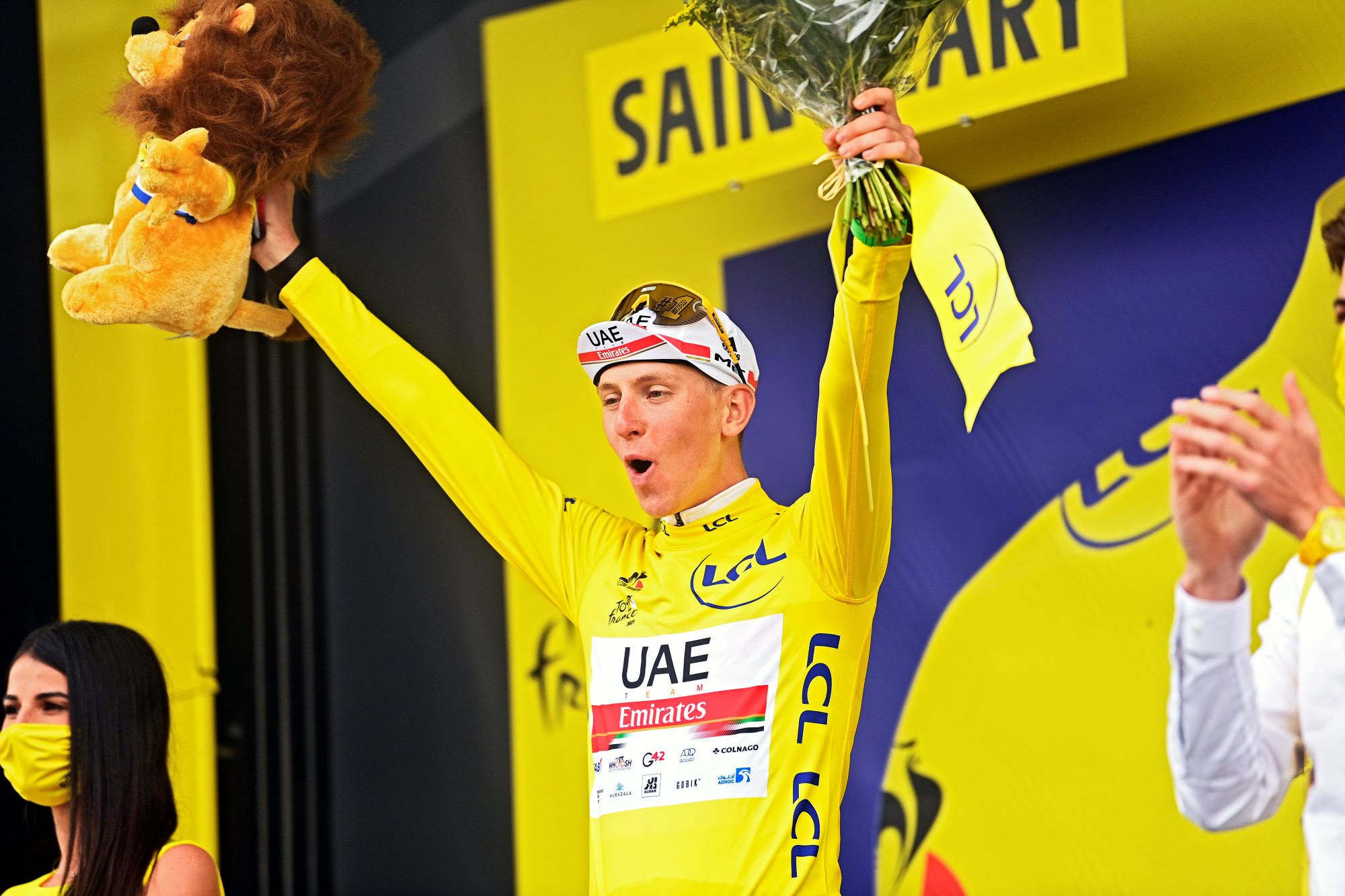 As a bonus, Colnago will include a jersey signed by Pogačar with each bike. Of course, the jersey will correspond to the bike’s livery.

Want to be the Tour’s best young rider? The best climber on the Grande Boucle? The overall winner? With help from Pogačar and Colnago, now you can dress the part.Each bike in Colnago’s V3Rs Capsule Collection retails for the same $16,690 / 14,090€ / £12,090.

The victory demonstrates very clearly, that you don´t need the best technical bike to win, you need the best legs, body, mind,… . For hobby riders, in my opinion it is not worth to spend a lot of money in the top bikes or use the pro models, where you have to do a lot of fitness training to hold the aero seat position. If you like the technical deatils and have enough money – go for the top models, otherwise just have fun with your existig bike.

Pogačar had the best “Gear” for sure

He DID have the best gear! Certainly there isn’t another bike in the pro peloton I’d choose over his. There are some that might equal it, but nothing beats it.

Glad Colnago gets due- had several bikes under Eddie but not their label. Also happy for Campy- Shimano had 4 times the teams that Campy and Scram had combined! It’s funny when Trek and Specialized were under riders it was as if the bike won and not the riders. They are quiet right now esp. when rim brakes and tubular tires and a wheelset they seem to hate (Bora Ultra Tubulars) were used and without a POWER METER IMAGINE THAT!