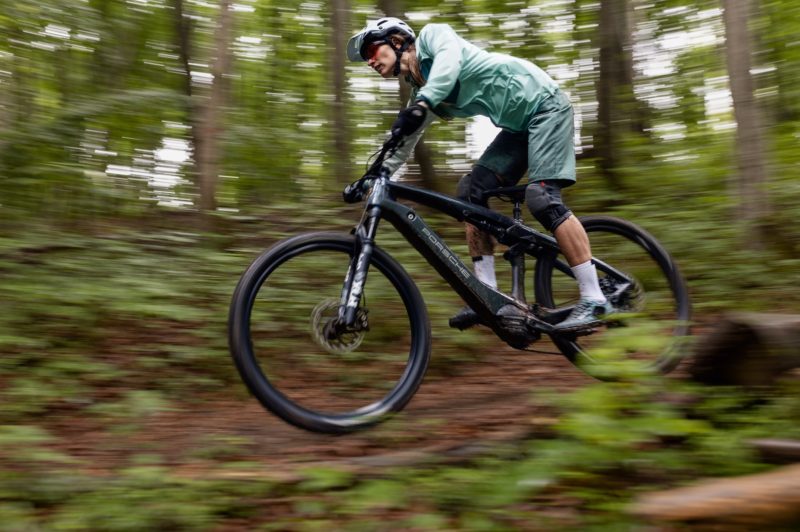 It’s no secret that Porsche has been maneuvering itself into the ebike market with a corporate approach you could call aggressive. Its latest updates to its two flagship ebikes seek riders who demand a little more than their earlier offerings delivered.

The Porsche eBike Sport and eBike Cross updates center around the newly-onboarded Shimano EP-8 engine. The integrated 85 Nm motor pumps 500w of peak power and amplifies rider input by up to 400%. And its associated app lets riders customize their settings between 10 levels of overall assistance, five levels of start assistance, and three maximum torque settings.

Rotwild helped design the two bikes, which take “inspiration” from the Porsche Taycan. The two carbon eMTBs are heavier than the new crop of lightweight ebikes: the Sport weighs 46.7 lbs. (claimed, with pedals), and the Cross weighs in at 47.8.

Between the two, the Cross is the trail boss. Porsche aligns the Sport with everyday riders and commuters. Aside from the EP-8, other equipment includes 630Wh (Sport) and 504Wh (Cross) batteries, Magura disc brakes, and suspension components from Magura and Fox.

The Sport gets Magura MCi disc brakes with four-piston calipers for control. Porsche designed the full-suspension frame in-house, providing 100mm of travel. A FOX Float DPS rear shock helps the back end track, and a Shimano XT DI2 electric rear derailleur supports shifting between 11-speed gearing. Light integration in the stem and seat post from Supernova, including a deceleration signal, to help riders stay safe on and off-road.

The Cross hits a little heavier as the all-mountain build in the stable. Porsche claims the EP-8 “supports speeds of up to” 15.5 mph — which appears to mean it’ll crank 15mph by itself. 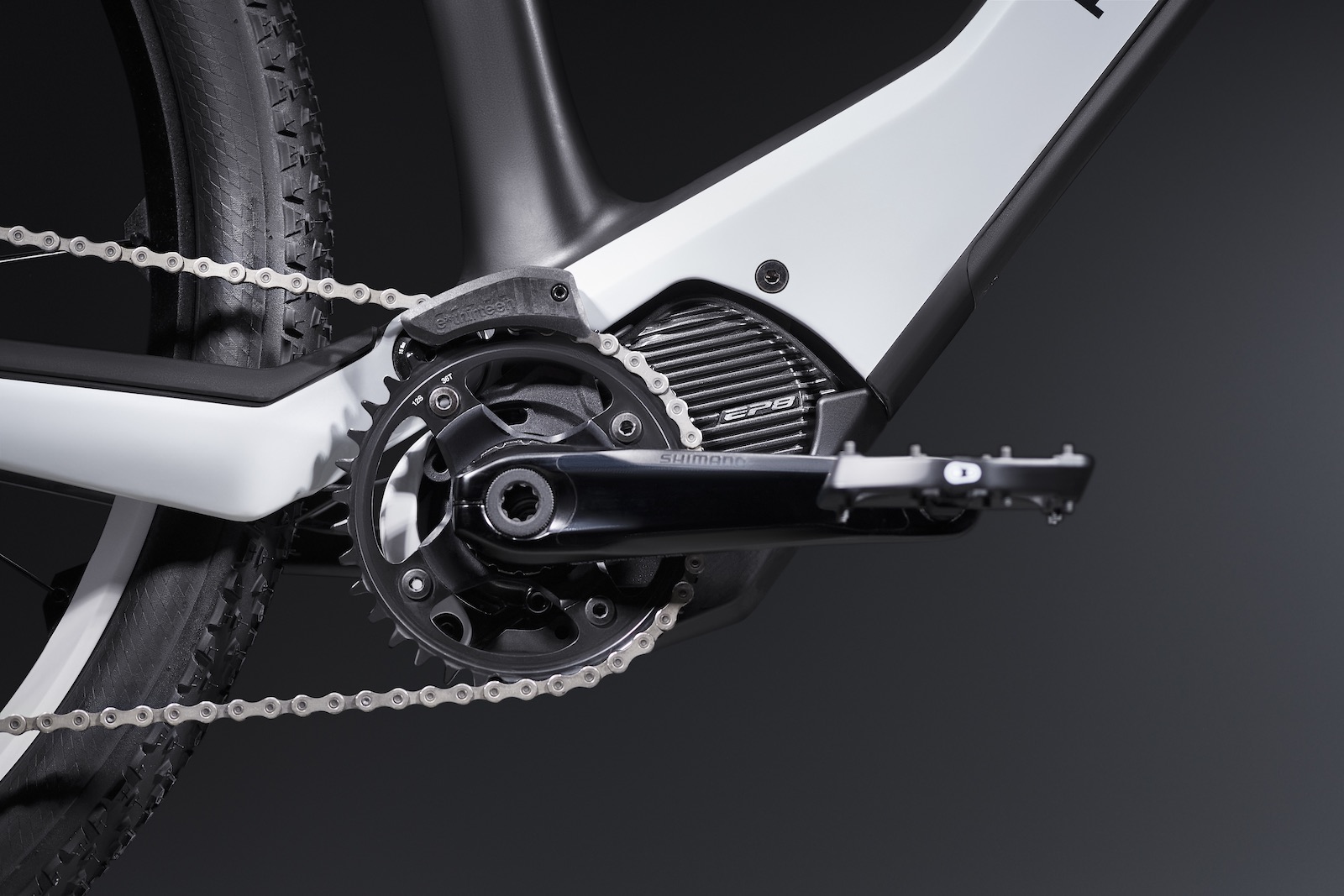 You’re looking at brand name recognition when justifying Porsche’s price tags for its highly publicized ebikes. The Shimano EP-8 is a step forward, and solid componentry speaks for itself. But the Cross and Sport fetch prices at the top of the category. You’ll pay $9,500 MSRP for a Cross or a whopping $11,750 for a Sport. 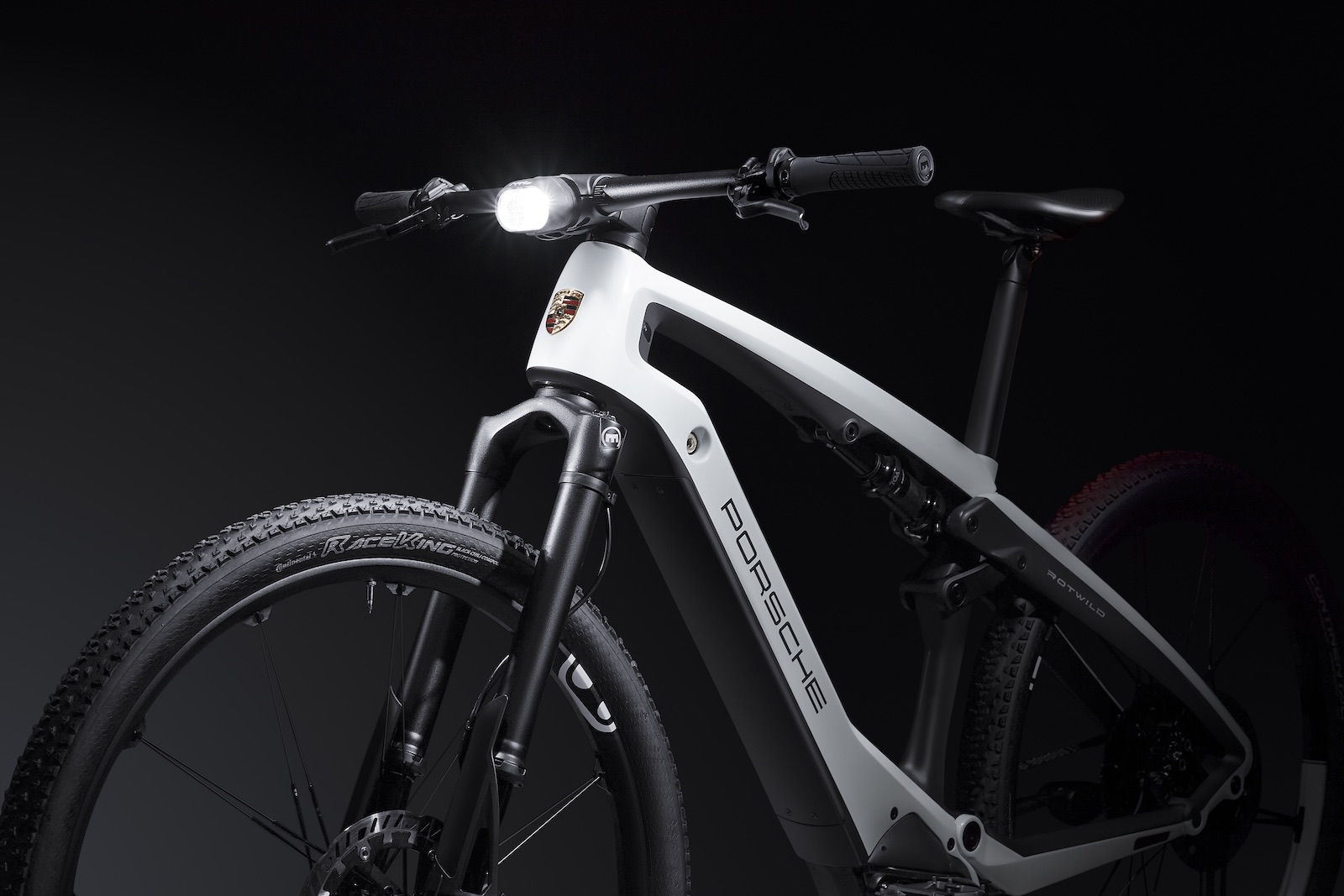 Porsche now owns Fazua. So your Porsche bike doesn’t come with a Porsche motor. presumably these bikes were already in the pipeline, but slightly awkward for Porsche. Of course, anyone buying these is likely unaware of such trivia.

No Porsche Bike came with a Porsche motor in the past as well, also trivia … Bit may not be known from anyone 😉

If porshe wants to truly be innovative they need to offer internal gearing with belt drive. If they’re really under 50 lb I would like to try one. BMW’s offering is so far not that impressive. I hope Portie’s is better.