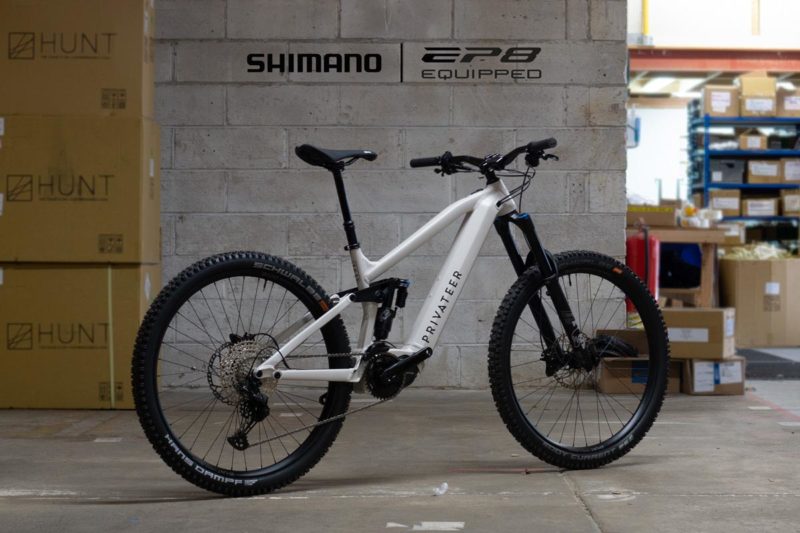 Clearly, if you don’t have an e-MTB with Shimano’s new EP8 drive system in the works today, you’re already off the back. We’ve seen a number of releases today with the new tech, and now Privateer is ready to show their hand as well. Technically, the E-161 is not yet a finished bike, but one that is currently being developed by Matt Stuttard, Chloe Taylor, and Matt Simmonds. 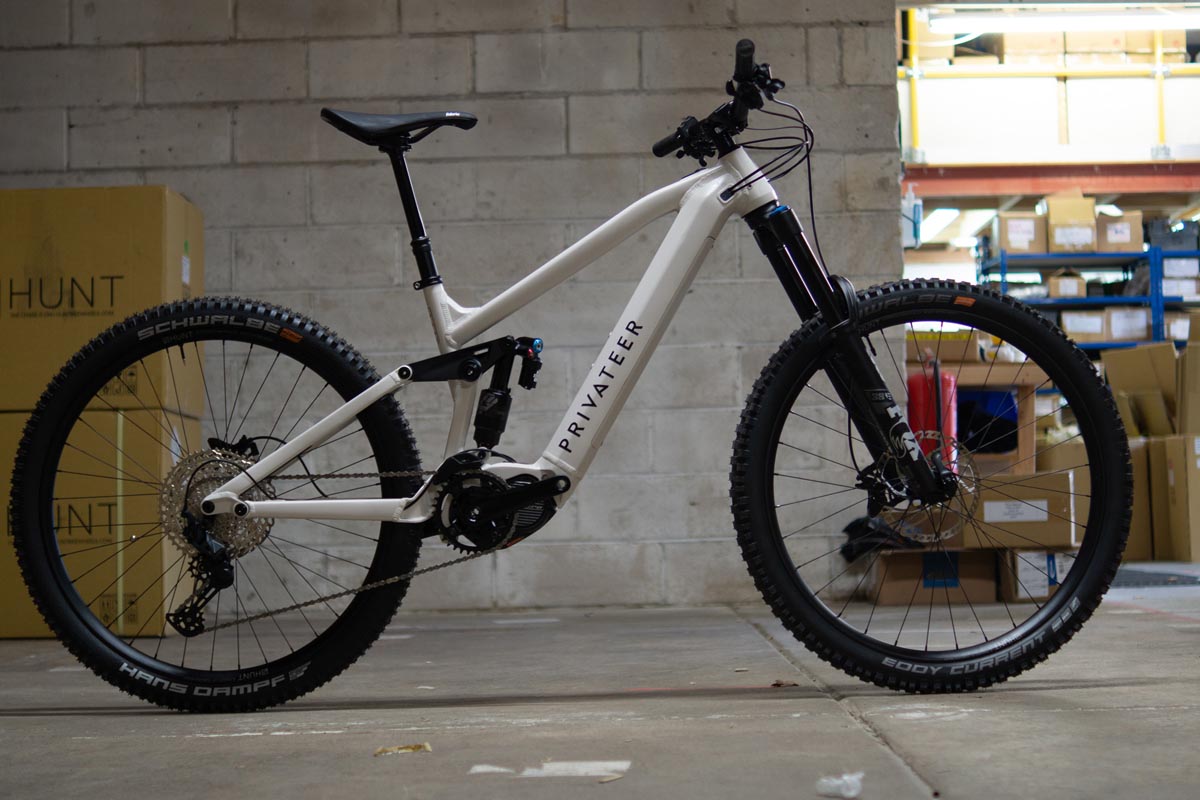 According to Privateer, the idea of making an e-bike was presented before Shimano approached them about the new drivetrain. EWS racer Matt Stuttard had asked for an e-bike to help with his training and this seemed like the perfect opportunity to make that happen.

Privateer states that the E-161 borrows quite a bit from the 161, and based on the name we assume that means it will have 161mm of rear travel as well. Apparently, the suspension kinematics and geometry are still being worked out but the bike is likely to have the same 64° head tube angle, 445-515mm reach numbers, and a 78.7° seat tube angle for an aggressive climbing position. The frame design is the result of 12 months of work, but Privateer states that “there is still room for improvement.” 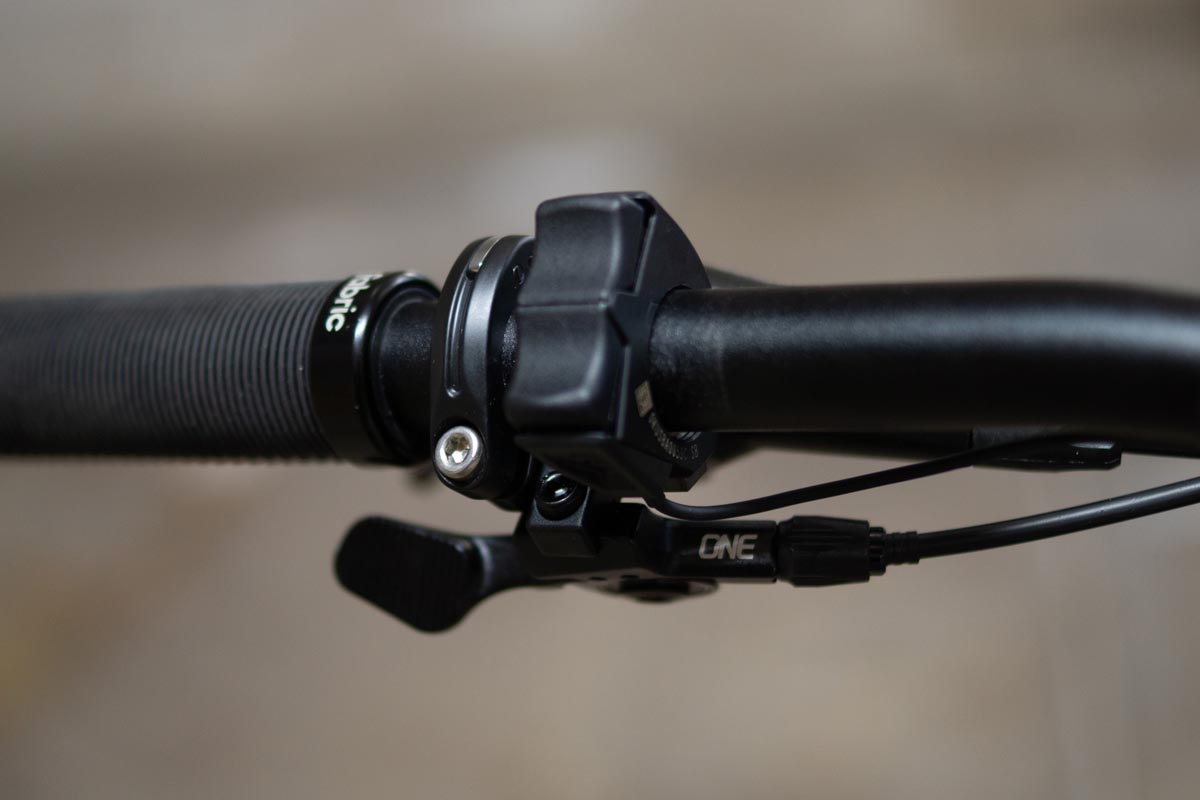 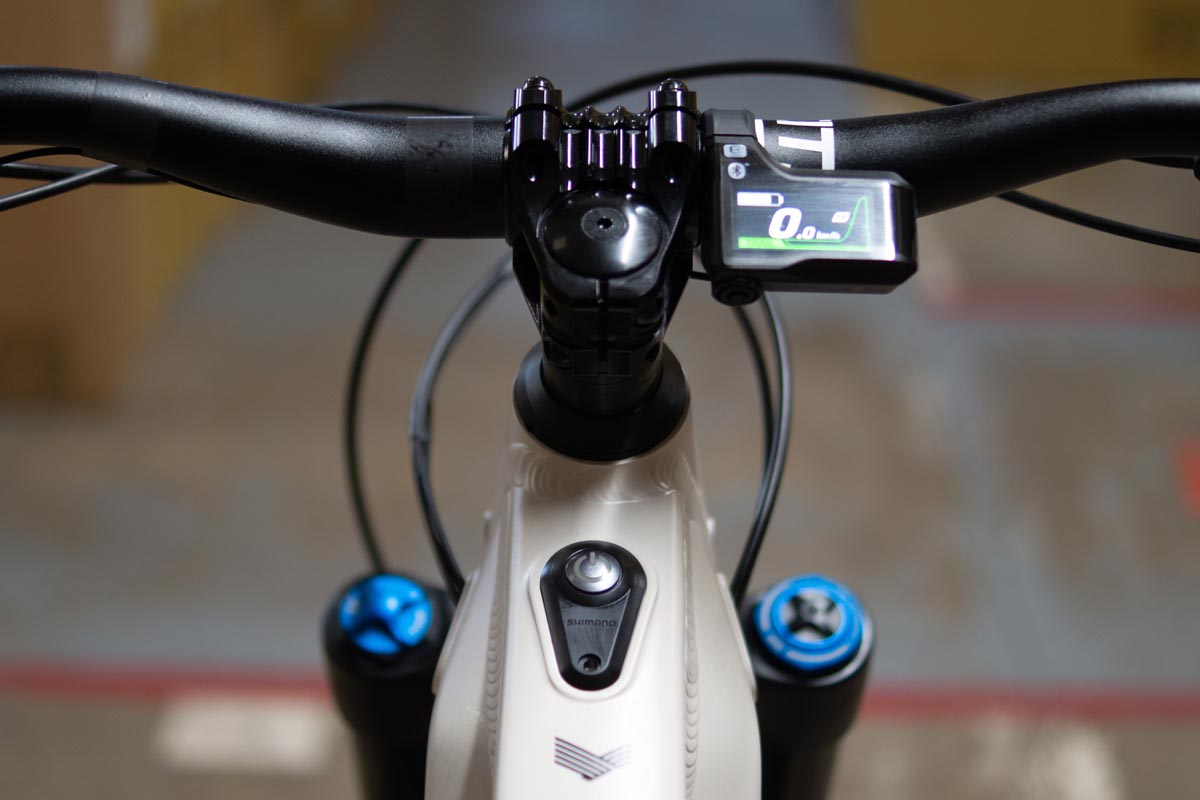 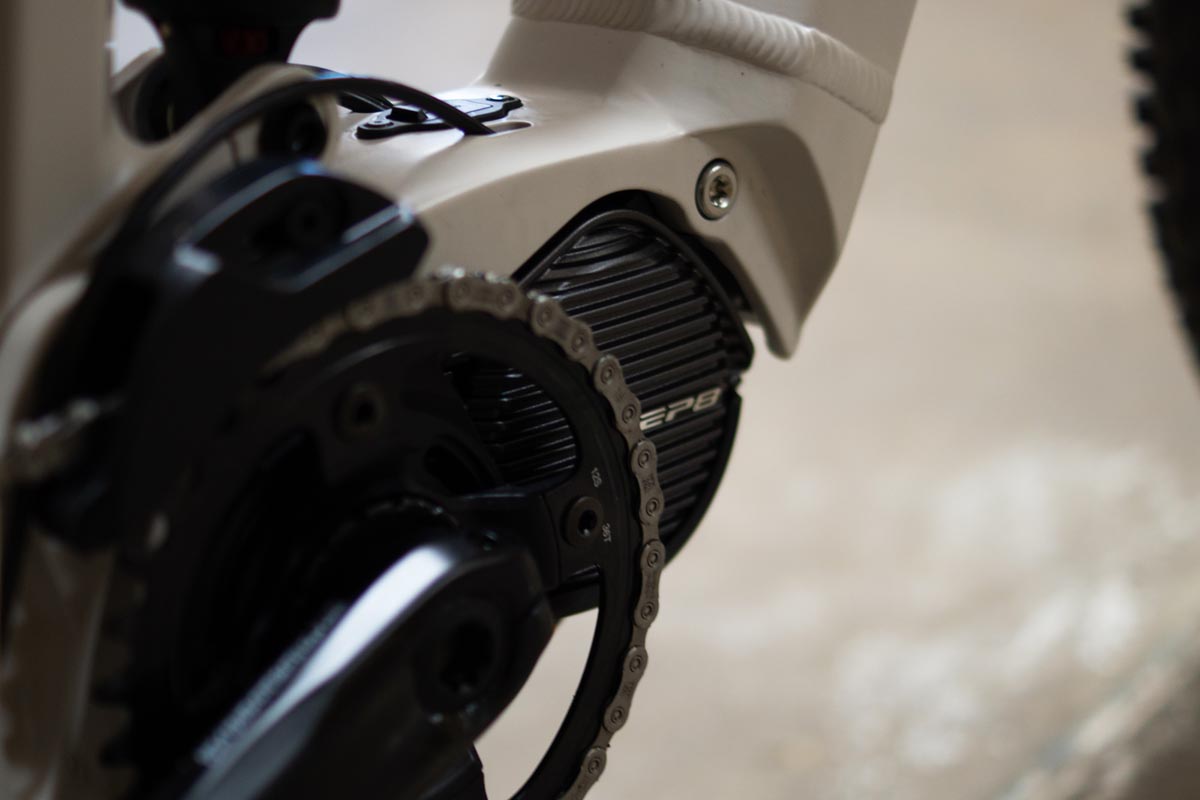 The big news for everyone today seems to be the release and inclusion of the Shimano EP8 drive system. 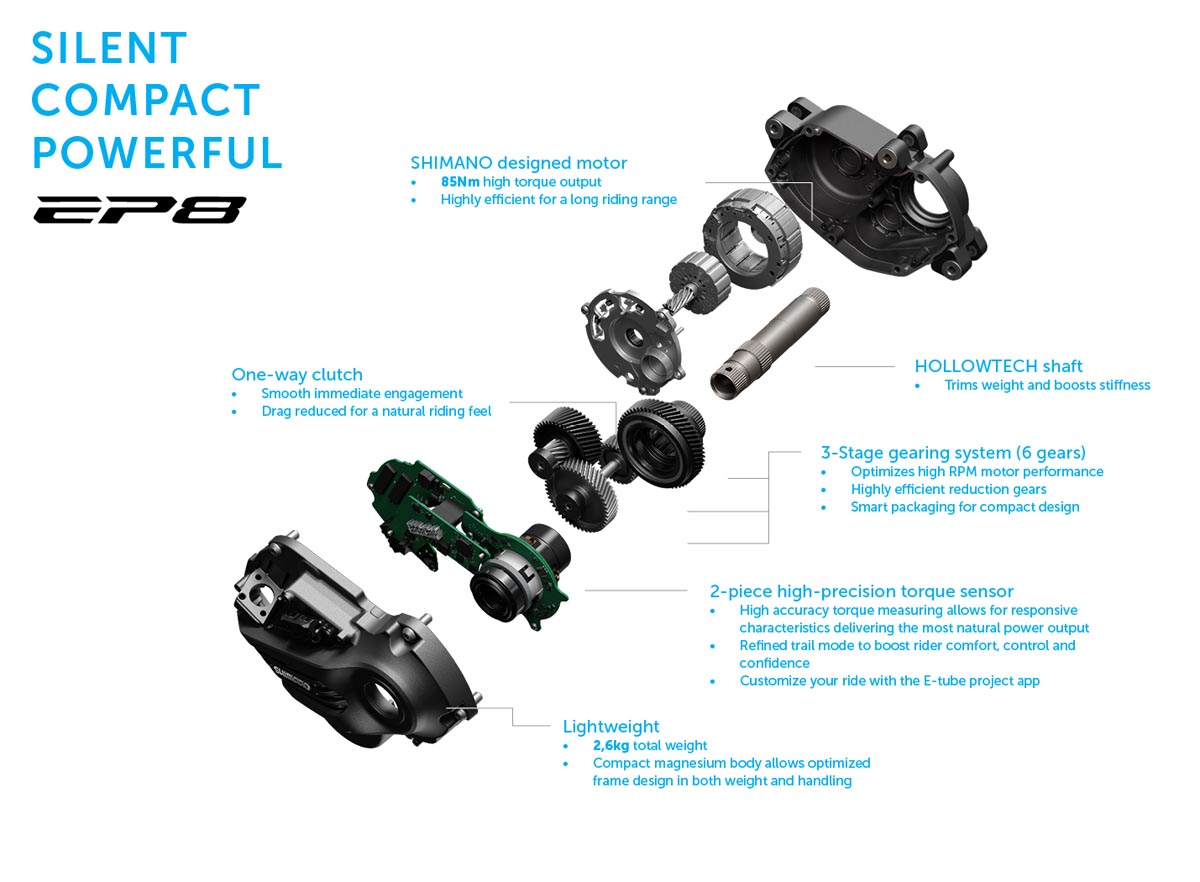 You can read about all of the details here, but the short version is that the EP8 is smaller, lighter, offers more torque, a narrower Q-factor, is quieter, and has an improved clutch for better pedaling above the 25 km/h cutoff. Basically, it’s better in almost every way and will offer increased range when paired with the Shimano 630Wh battery. 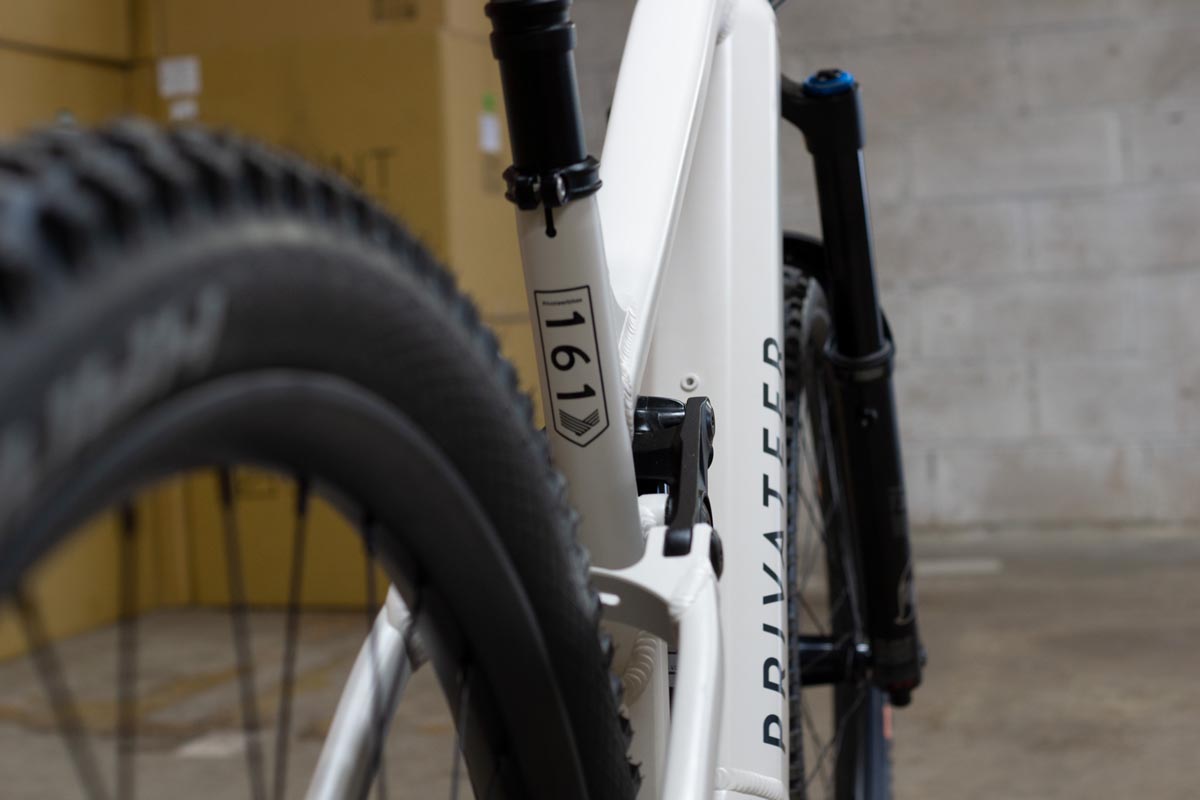 While there is no word on official availability yet, Privateer says that they will be available as complete builds only and are targeting a price of $5,000.

Don’t be slow about it boys. The Ebike market is innovating crazy fast. 2 year old bikes are obsolete.

Just what someone about to spend £5k+ wants to hear. Not saying you’re wrong. I’m simply bemused by bikes becoming FMCG gadgets so fast.

@Zach Overholt, I think you guys need a separate website just for e-bikes content, you could call it E-BIKERUMOR! I came here today looking for the latest bicycle news and found nothing but e-bike content during the Tour de France. ***Paris we have a problem!***

REALLY!!! I didn’t know this website existing ONLY for your reading? What a horrible mistake the rest of us have made by reading YOUR website!! Maybe there is another solution. How about you get over yourself and don’t read what your not interested in, and quit whining.

Thank you for coving E-bike news as well, great job.