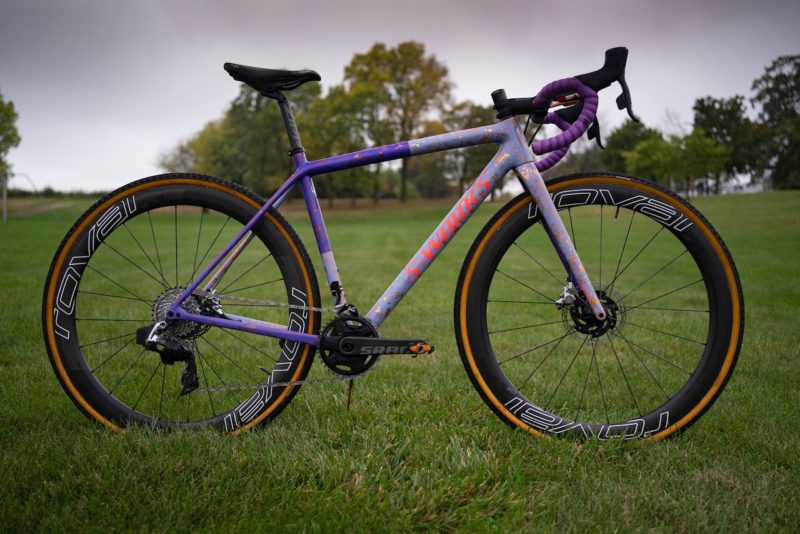 If you’ve followed USCX American Cyclocross, or even the UCI World Cup really, you’ll be familiar with Maghalie Rochette. The Canadian crosser has been dominating the USCX series as of late, taking wins in 3 of 4 races so far. Rochette resides in eastern Canada, Ste-Adèle, Quebec to be exact, but spends lots of time in Tucson, Arizona training and dialing in her craft. And she’s become a staple in the US ‘cross scene. 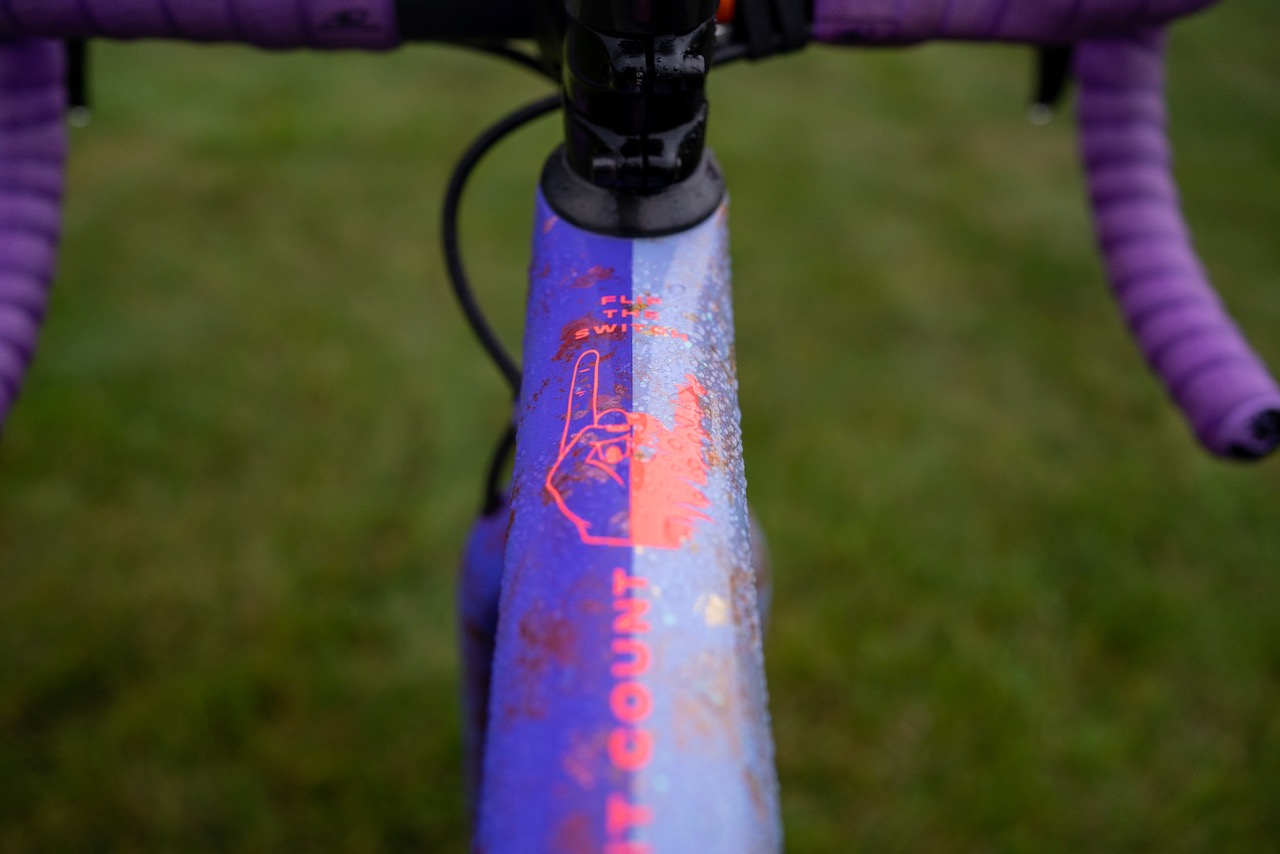 Those with tech-savvy, eagle eyes may have already noticed that Maghalie was on the yet-to-be-released 2022 Specialized Crux, already for the early season USCX races— sneaky. Now that the cat is out of the bag, we thought who better to chat about this new turn for the Specialized Crux CX bike into a gravel bike… than someone who helped design it. 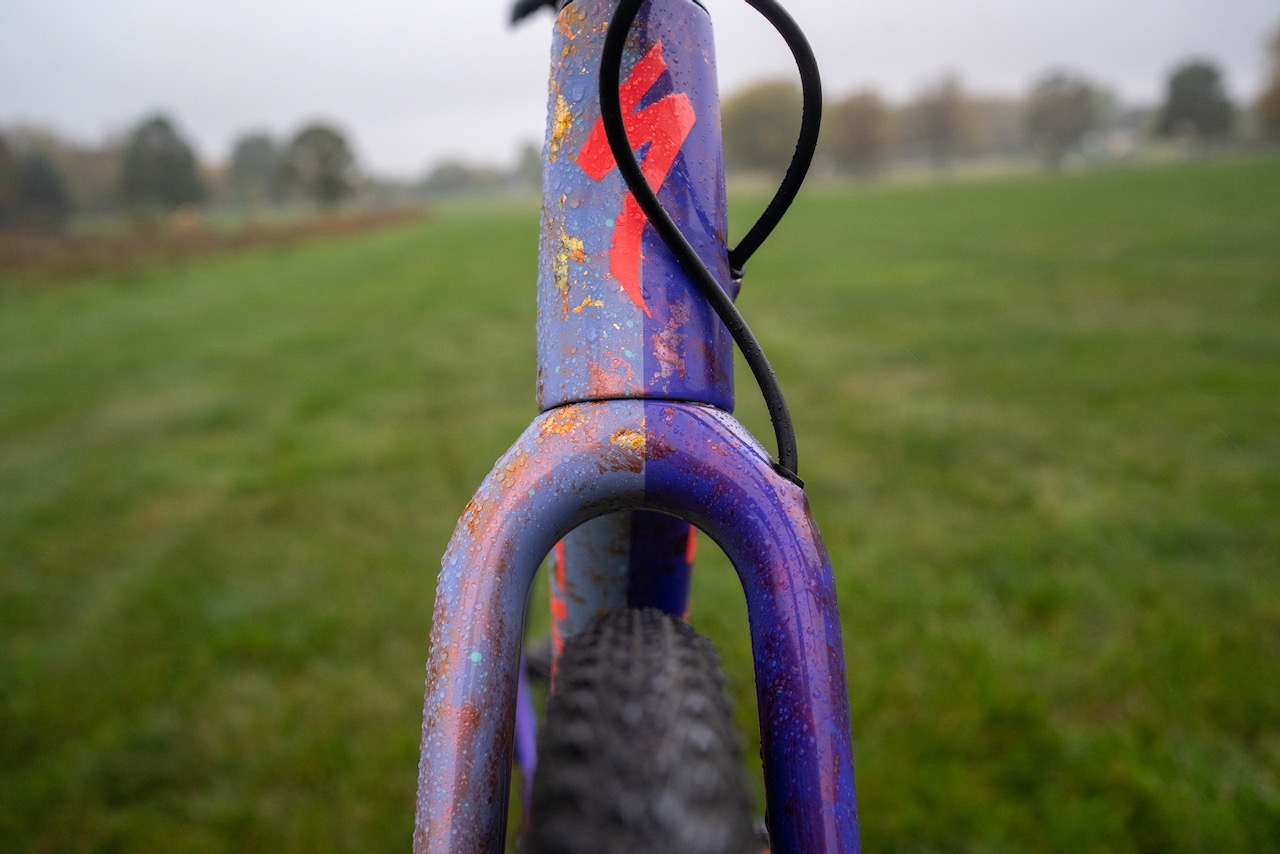 For those unfamiliar, Specialized recently took the Crux from a dedicated cyclocross race bike to a super lightweight gravel platform — potentially the lightest production gravel bike available. The bike hasn’t really changed all too much though, honestly. And it seems that the ‘cross heart of the Crux is alive and well still — Maghalie has already won three UCI Cyclocross races on it. 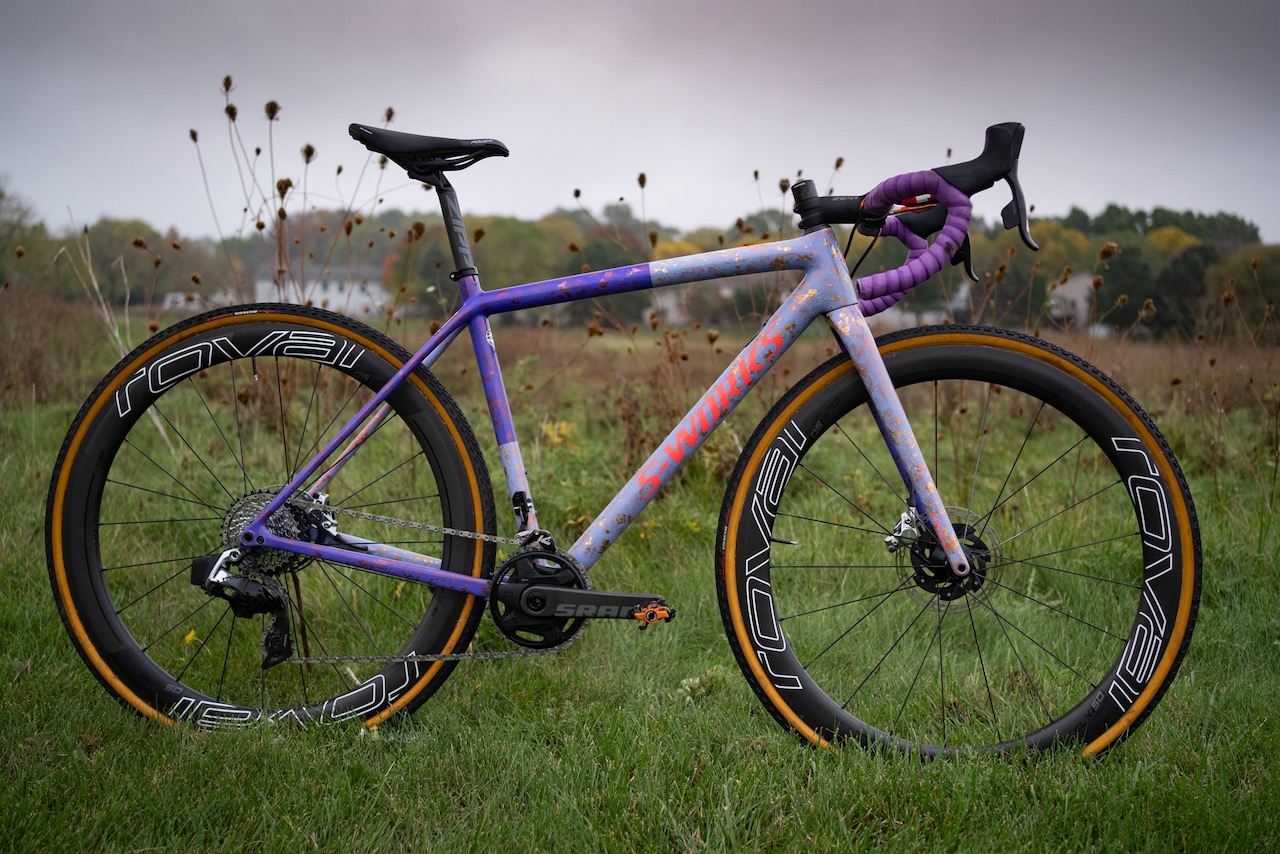 The first thing that sticks out about Maghalie’s Specialized Crux is that purple paint. The engineering team at Specialized and Rochette worked on the tech behind this new Crux platform’s design development for years… so a fitting paint job was certainly in order.

Asked for a comment on the colors, Rochette noted, “They represent the eccentric culture of ‘cross. For me, cyclocross is all about fun and party vibes, and I feel like the color represents that.” 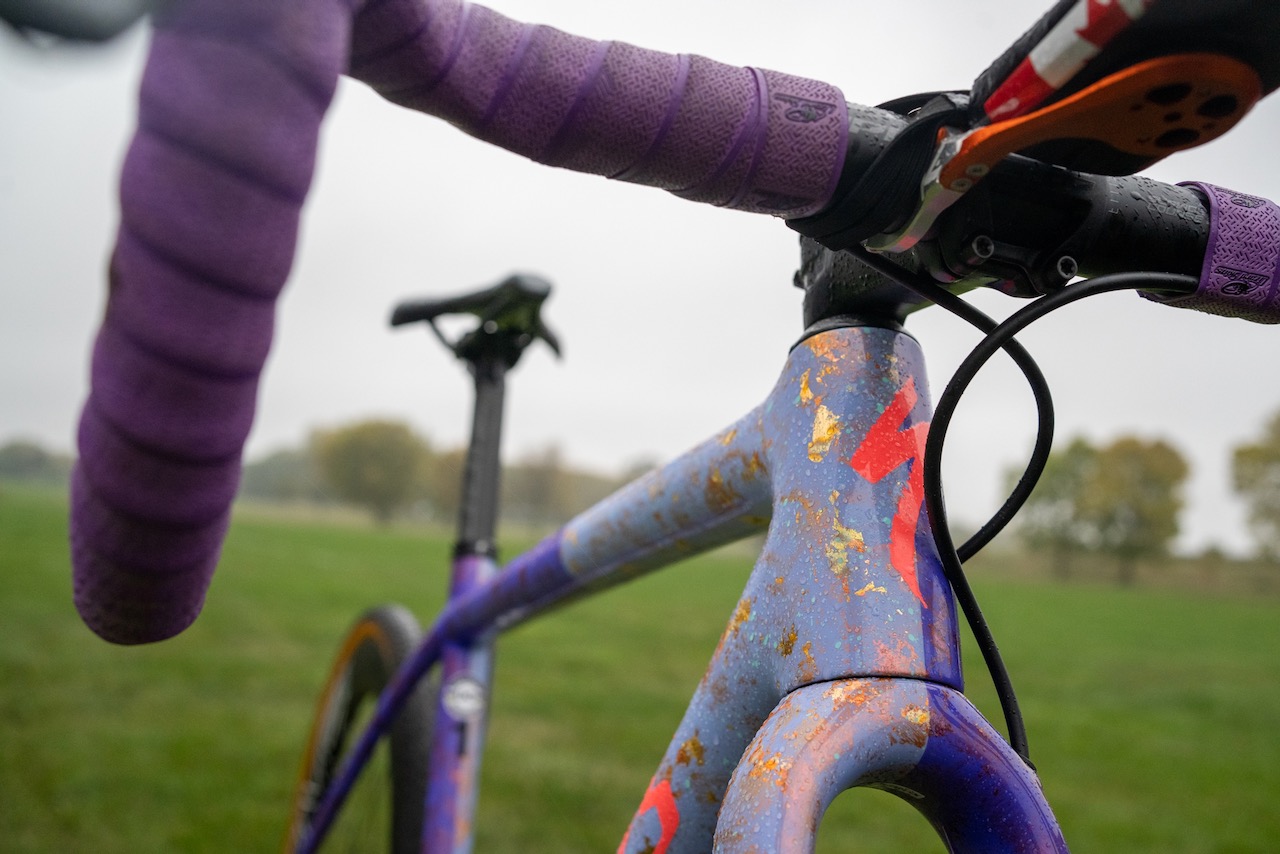 The design mixes empowering song lyrics, beautiful pigments, and Rochette’s in-race ‘alter ego’. She admittedly loves to make friends with everyone, but when called to the grid, that alter ego comes out and takes the wheel (or rather the handlebars & cranks!) 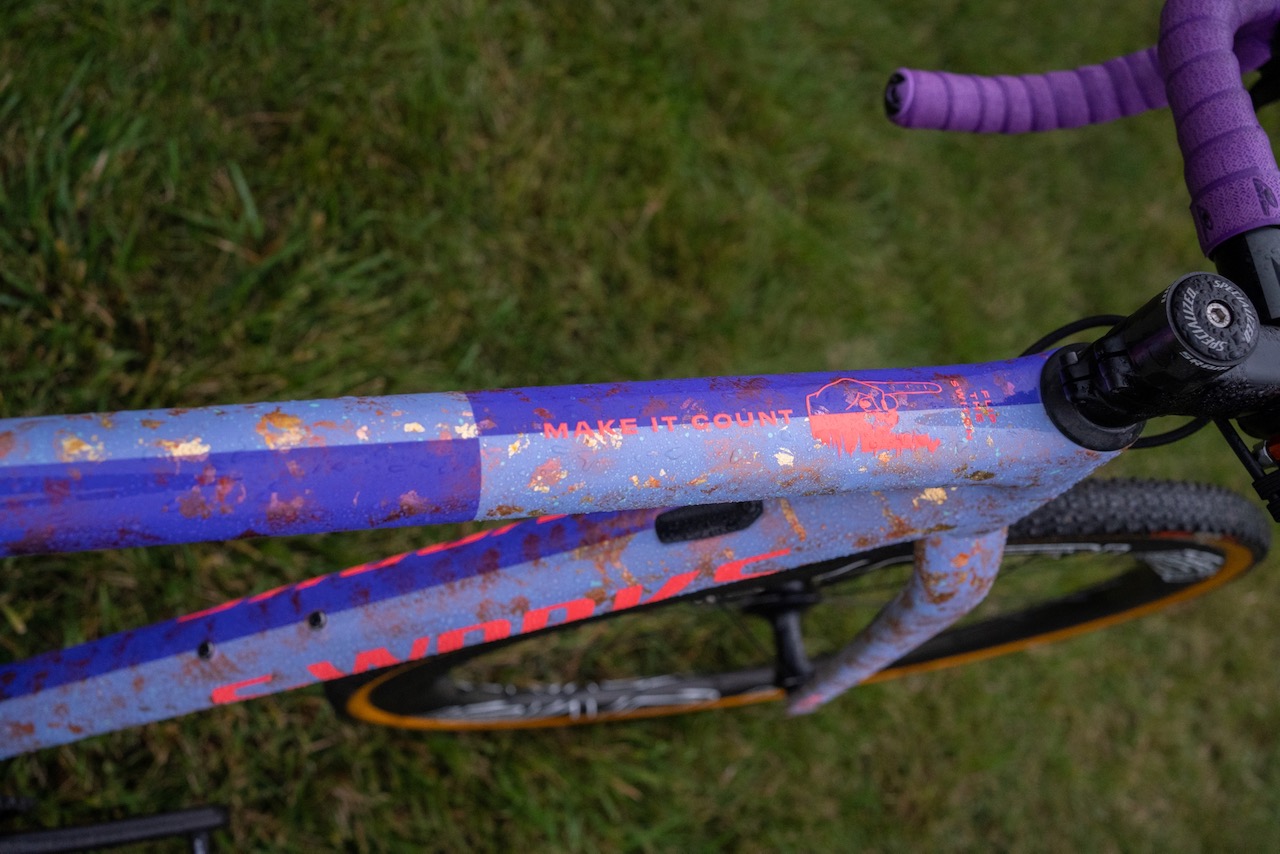 “The whole concept is Alter Ego. Like, in real life, I love to make friends with everyone. But on the start line, I have to flip the switch and get into another, more aggressive persona. This is why the bike is painted in two different colors and split right in the middle.” Rochette explained.

The motivational lyrics are from Lil Wayne and Eminem’s Drop the World, Rochette’s hype song when it’s time to stoke her alter ego. 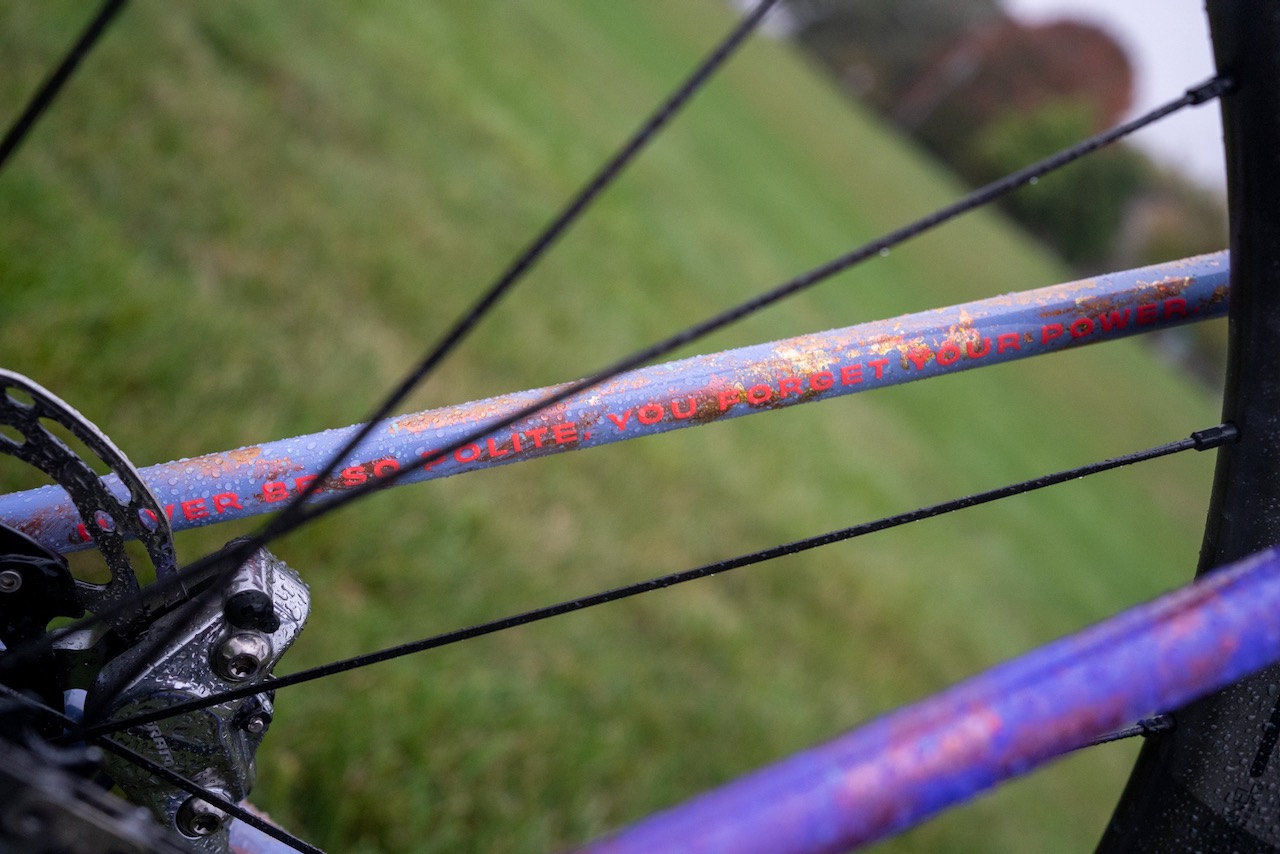 The lyrics on the rear triangle continue in a more contemplative mood, and speak to the calm-cool-collected mindset elite athletes aim for before competition. Being hyped up is one thing, and being in control of your mental state is another, and Rochette certainly understands that well. 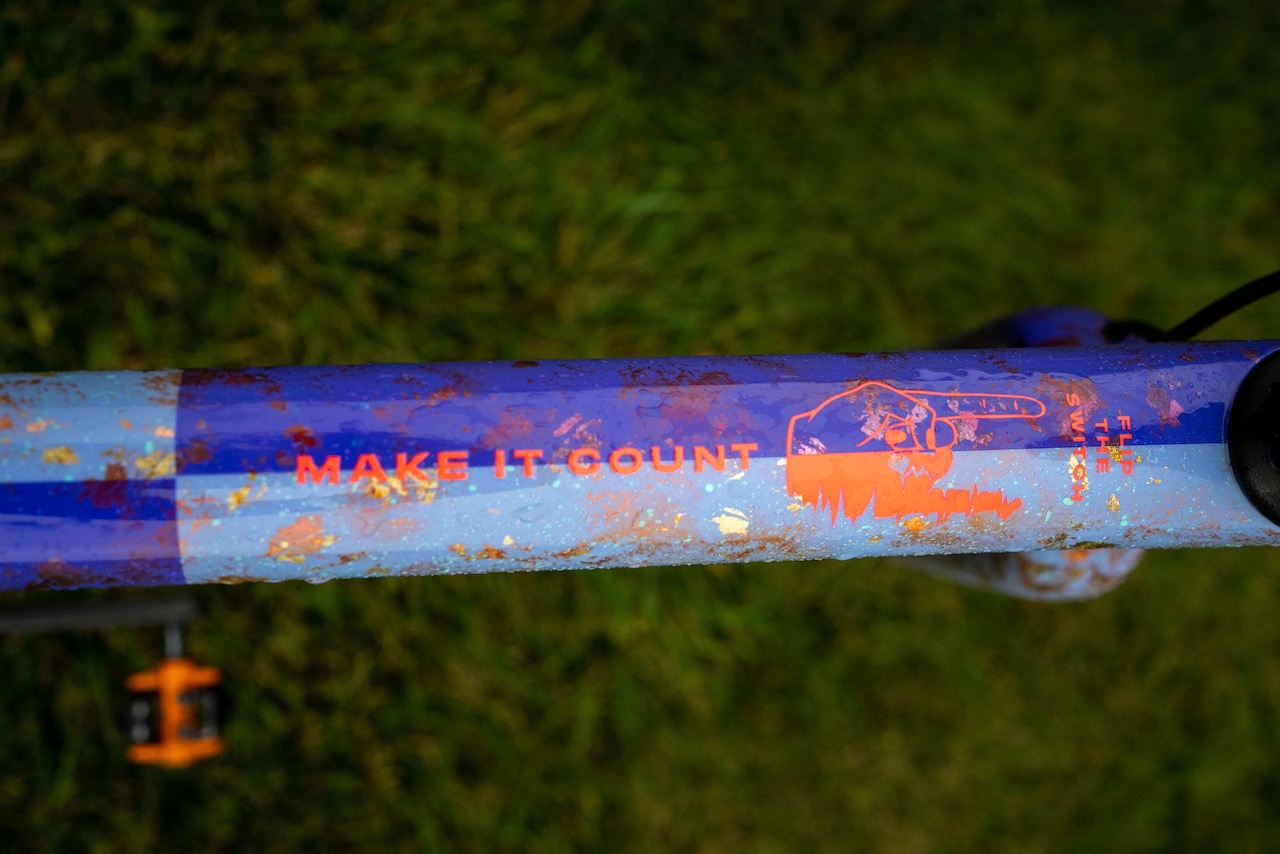 “I like to listen to her in many instances…like trying to calm down the night before a race, or dreaming up big goals, or even sometimes getting in the right ‘happy” mindset to race.” 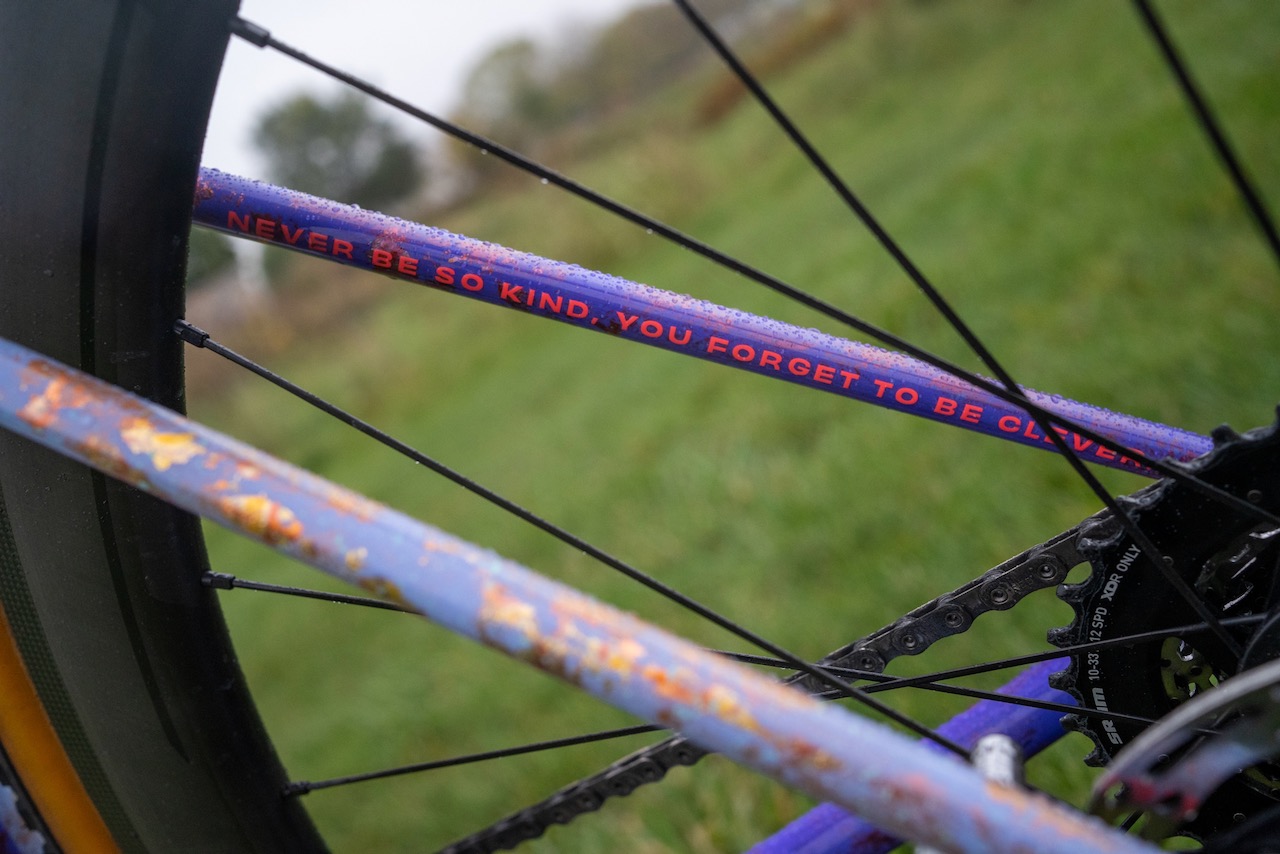 Can a “gravel bike” race cyclocross? 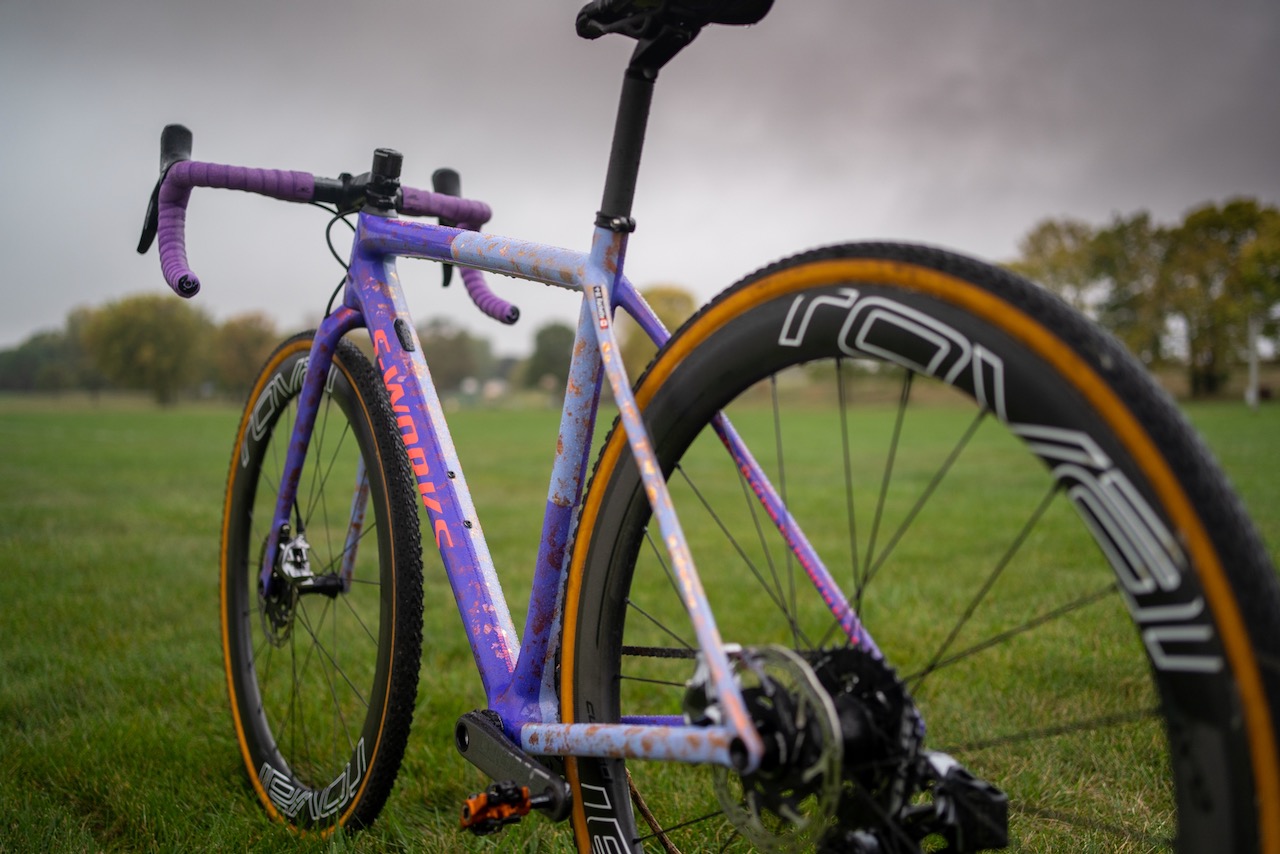 For the 2021-2022 season on the newly updated Specialized Crux, Rochette moved from a 49cm to a 52cm frame. With the larger size and precise Retul fit, Rochette found the 52cm a better fit and easier to shoulder in general. The ultralight 725g S-Works Crux frame certainly helps, too.

Rochette also moved from a positive to a negative -6° stem up, allowing her to stay aggressive with the same drop, but not overweighting the front wheel. 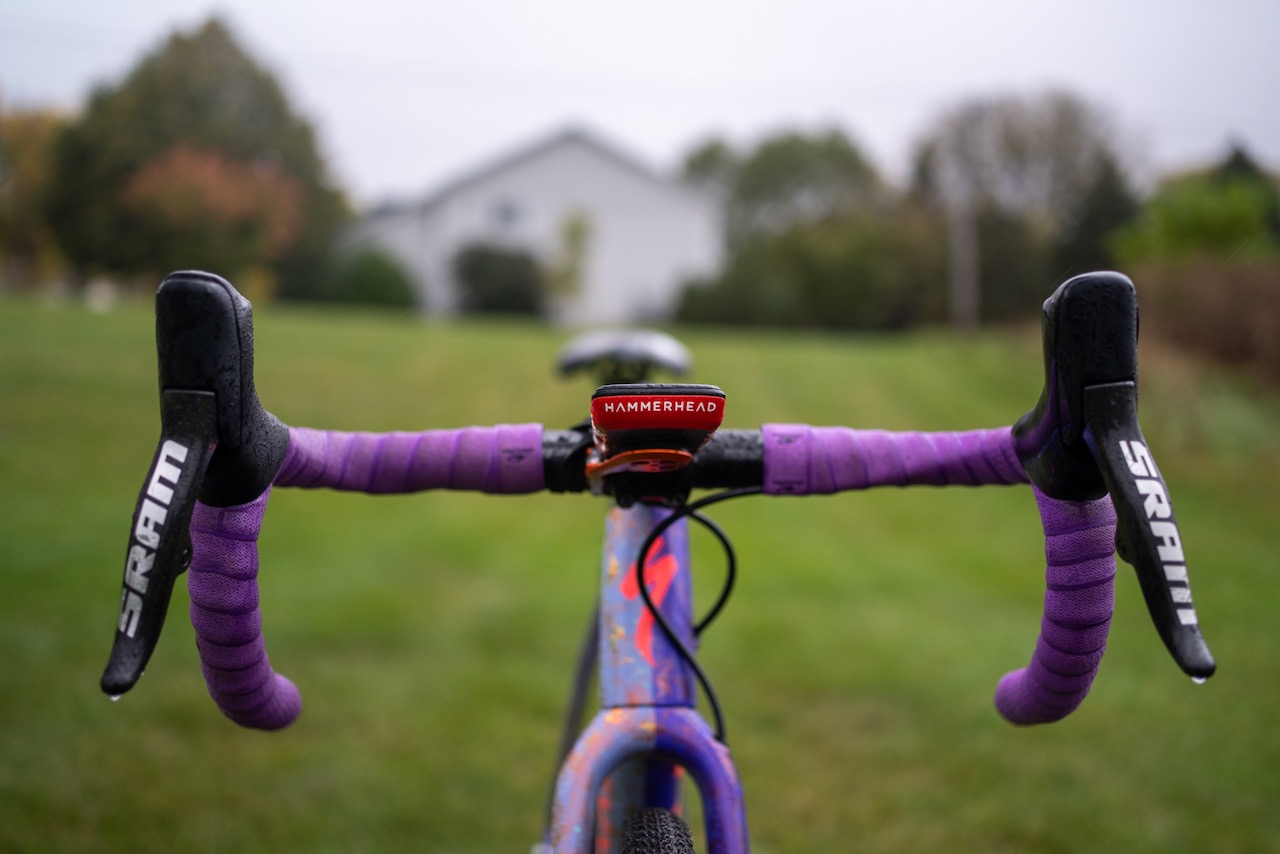 When asked about the “gravel-cross-bike” shift of recent times and how the new Crux fits within those boxes, Rochette commented, “I understand some people may have concerns, and to be honest when I first heard the new Crux would be also used for gravel, I was worried… cyclocross racing is the most important for me. That’s what I spend all my time training for; it is both my dream and my livelihood. I feel 100% confident to show up on the start line of a World Cup feeling that I have the best equipment to compete.” 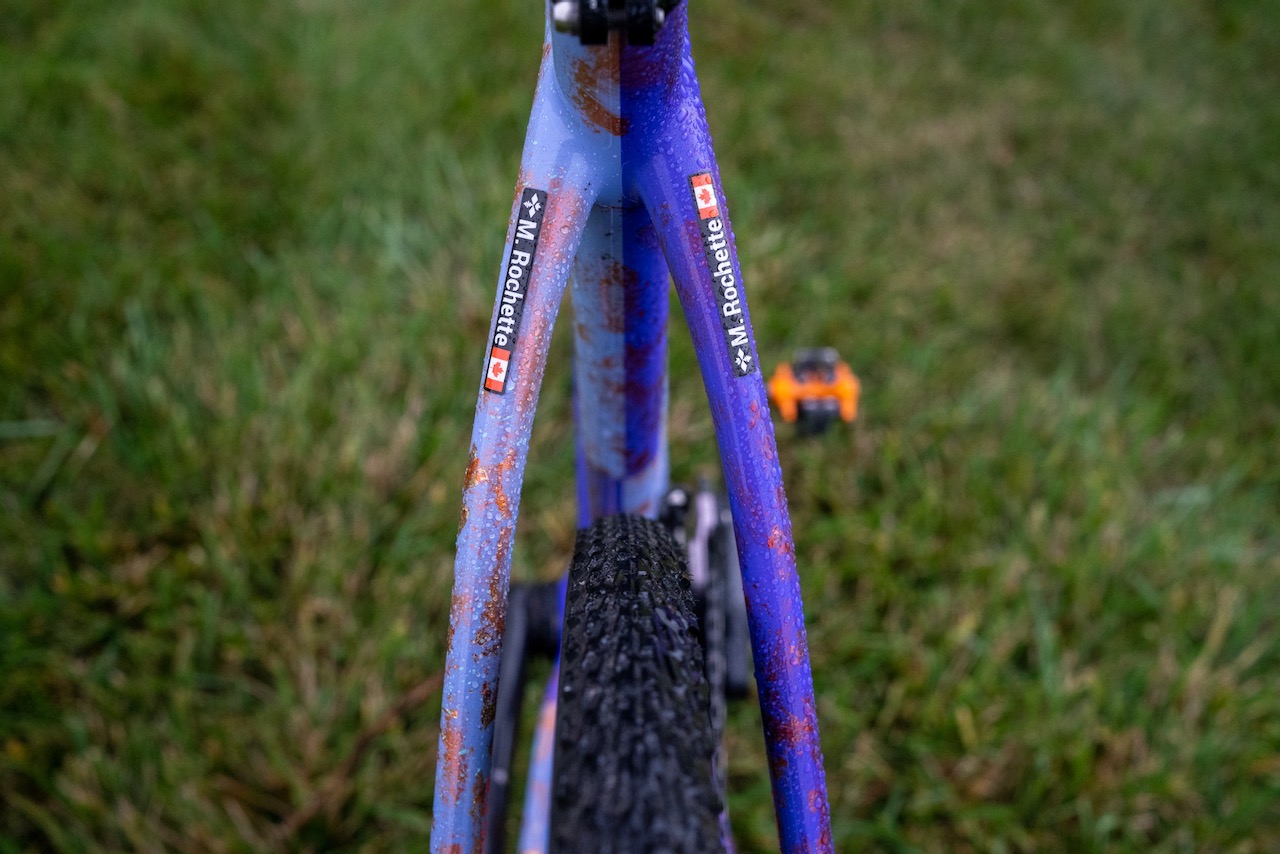 Are there any notable differences for the Crux performance in gravel vs. ‘cross… off-camber pedal strikes against gravel descents? Rochette confidently stated, “The bike does feel more stable in long and fast “gravel style” descents. But I found this to not impact the ride negatively in ‘cross; my pedals do not touch the ground in off cambers and other stuff like that. I actually feel really agile on it. I was worried I would not, but I’ve been riding a prototype of this bike since April, and I got to test it in all kinds of conditions.” 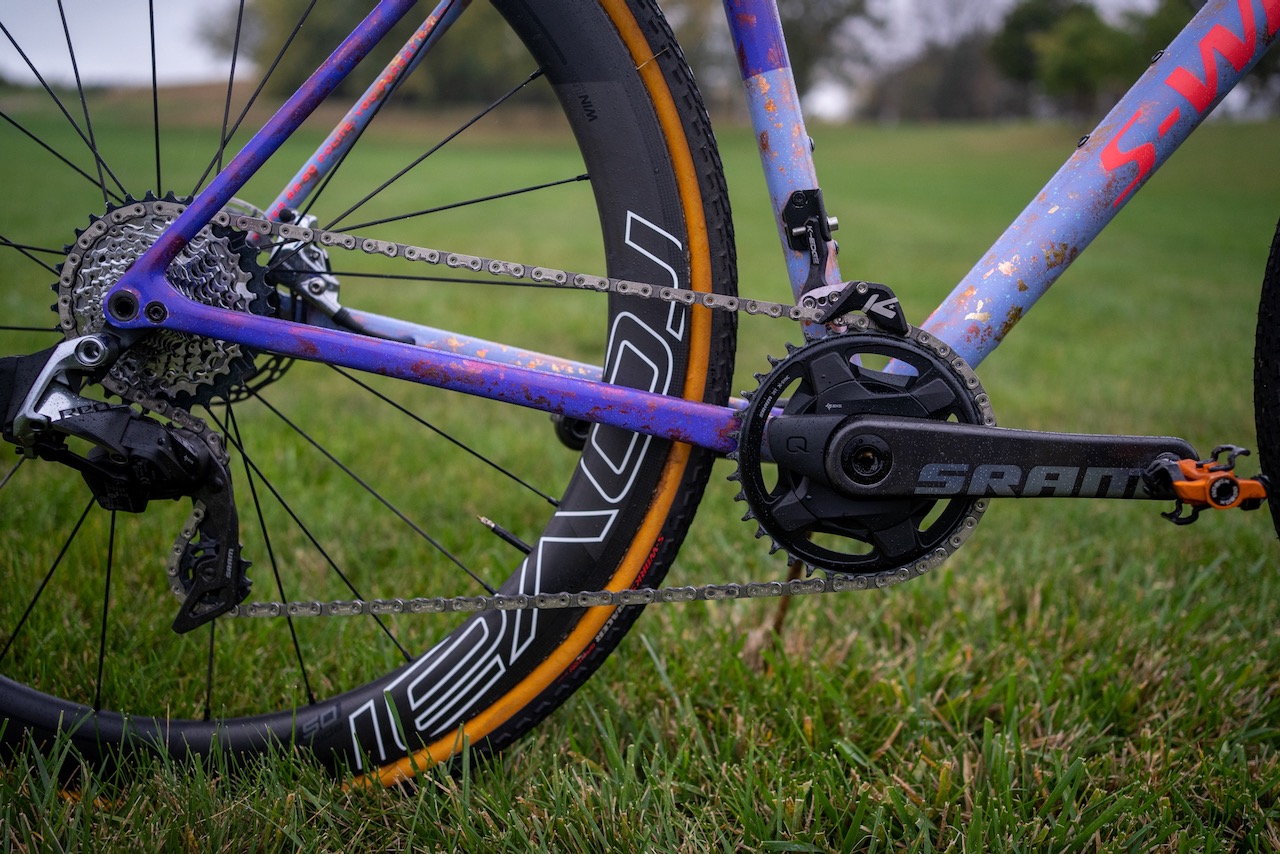 Rochette runs a full SRAM Red eTap AXS 1×12 setup with a single 38T ring and a K-Edge chain catcher up front. The cockpit and seat post is by Zipp, with Zipp Service SL-80 bars — a popular choice in the cyclocross world. 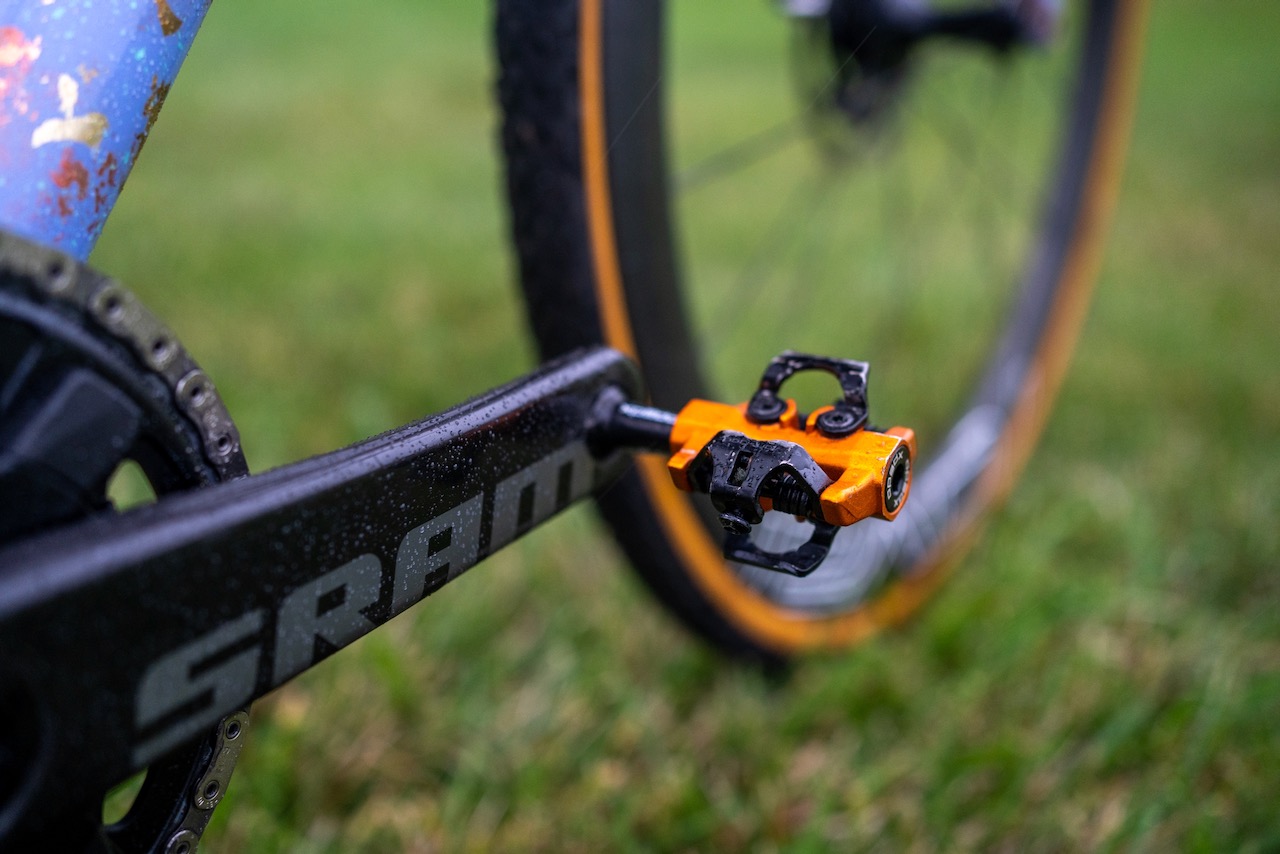 Bar tape is Lizard Skins DSP and works well for vibration dampening and is easy to clean with a pressure washer. Rochette’s saddle is a Specialized Power Mimic with carbon rails. 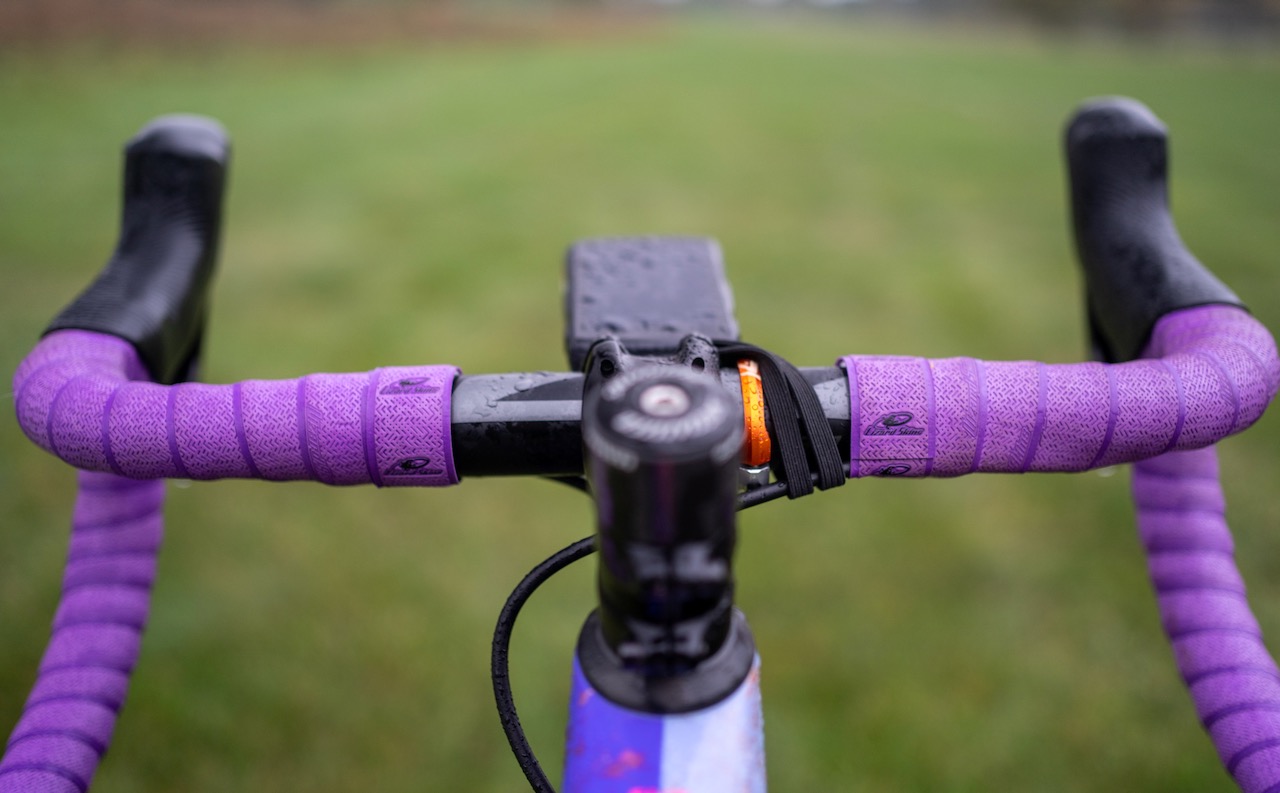 Will this Alter Ego Crux get its first taste of World Cup victory this weekend at the upcoming Trek World Cup? We will have to wait and see. One thing is for sure, the racing will be top-notch with rain in the forecast, so it could be one for the history books on the North American scene… 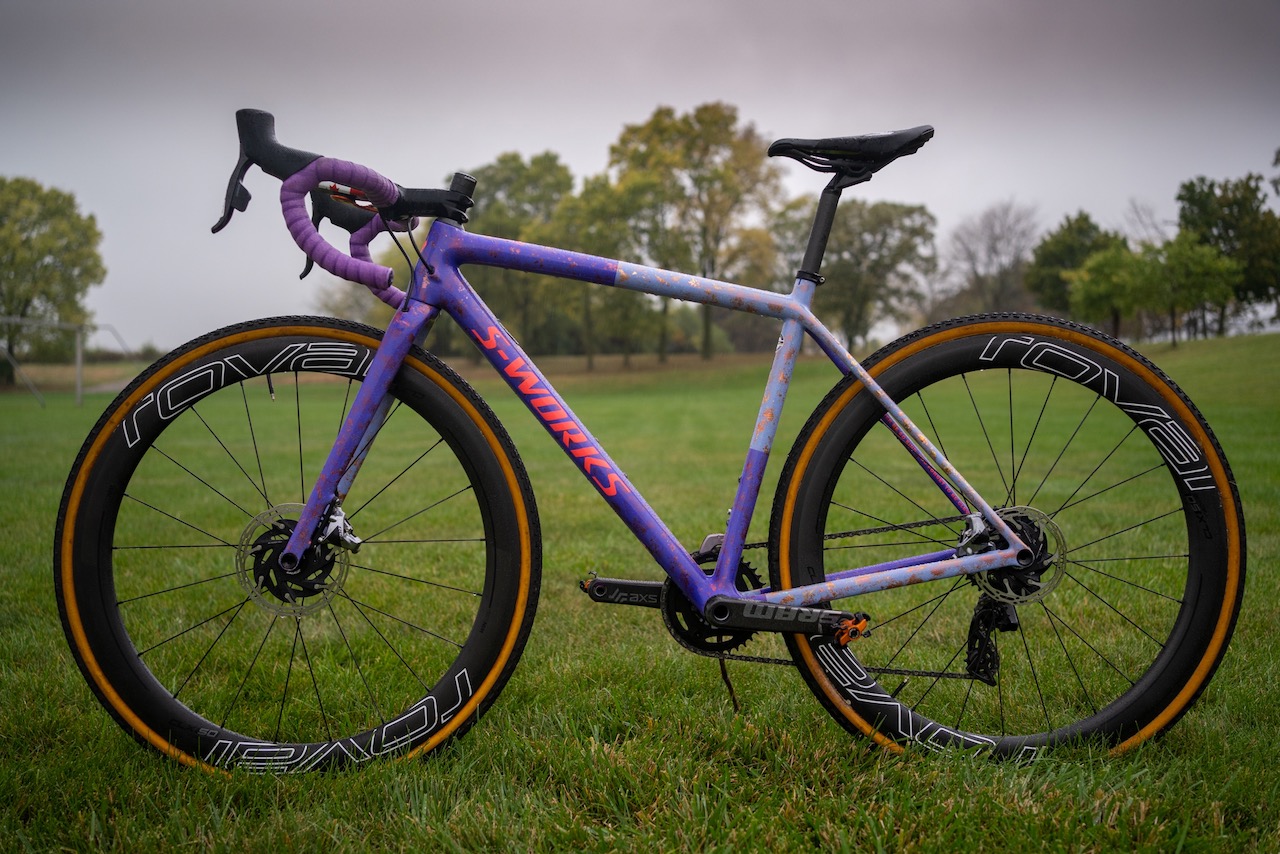 For more on Maghalie Rochette and her race schedule check out:

To be clear…The Venge is now the Tarmac. The Tarmac is now the Aethos and the Aethos is now the Crux. It’s all just a matter of time before the epic becomes the shiv.

and the shiv will be a stumpjumper

The paint job reminds me of a can of Red Bull. Is she sponsored by Red Bull?

Elena Aker is the designer behind this and she made magic with this! It is incredible! Kudos, Elena!

Never seen those pedals in real life before, let alone on a cyclocross bike. They look sharp; wonder how they work?