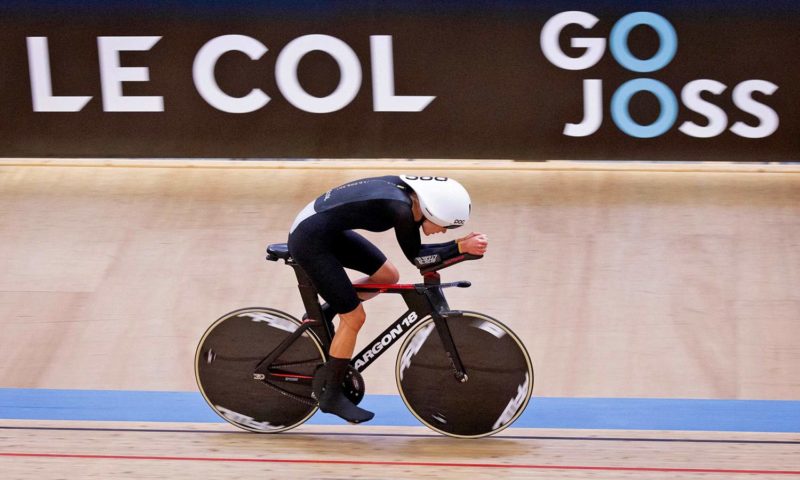 Six weeks ago Joss Lowden set a new women’s Hour Record at the Velodrome Suisse, riding an old Argon 18 Electron Pro track bike, a new set of FFWD Disc-T Lion wheels you can buy as of today, and wearing a LeCol x McLaren Project Aero skinsuit now available for both men & women. And we missed it. But now we know, so let’s take a closer look at her record-breaking setup…

I personally got excited when Alex Dowsett recently tried unsuccessfully to reclaim his men’s Hour Record title back from Victor Campenaerts, mainly because the modern aero track bike tech these riders are racing is so easy to geek out on. But while both of these time trial specialists were riding the latest and greatest aerodynamic track bikes from their respective sponsors, British cyclist Joss Lowden recently set a new women’s Hour Record on a five-year-old Argon 18 bike, not their latest model that Cycling Australia raced this year at the Olympics.

Would she have gone even further on the latest bike? Maybe, but her new 48.405km benchmark already tacked on more than 400m more than Vittoria Bussi’s ride three years earlier.

The wild thing to me (but unfortunately, still not surprising) is that Lowden is a pro rider for Continental team Drops-LeCol (the UCI’s second tier of women’s pro teams), who even though they hope to upgrade to UCI tier-1 World Teams status next season, have not yet been able to pay all of their riders a salary. Add to that, the new Hour Record holder had to rustle up support from outside of her team sponsors for this attempt. 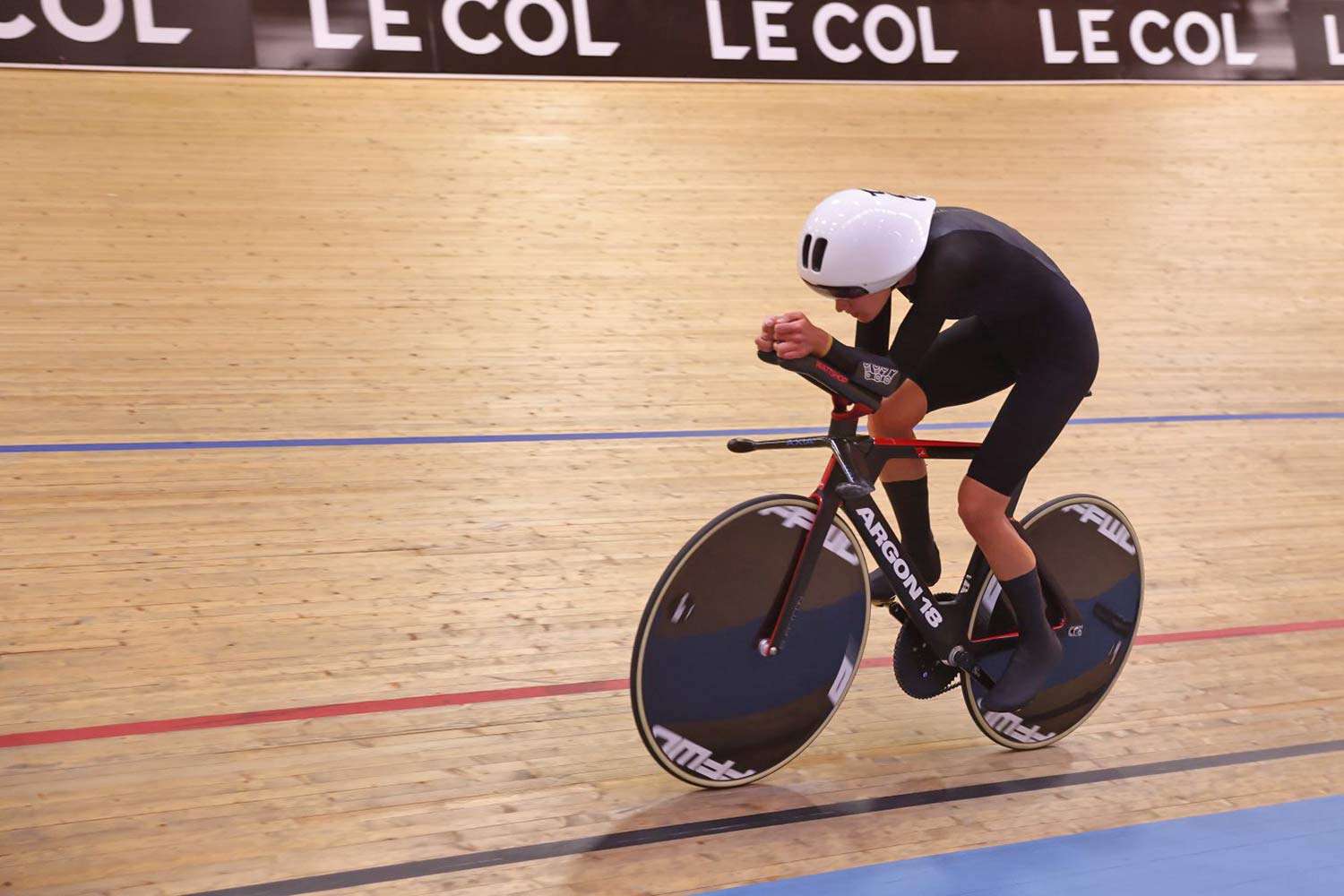 A lot of credit to the team’s title sponsor LeCol, who have increased their support of the team every year, and specifically supported Joss Lowden in this Hour Record effort. 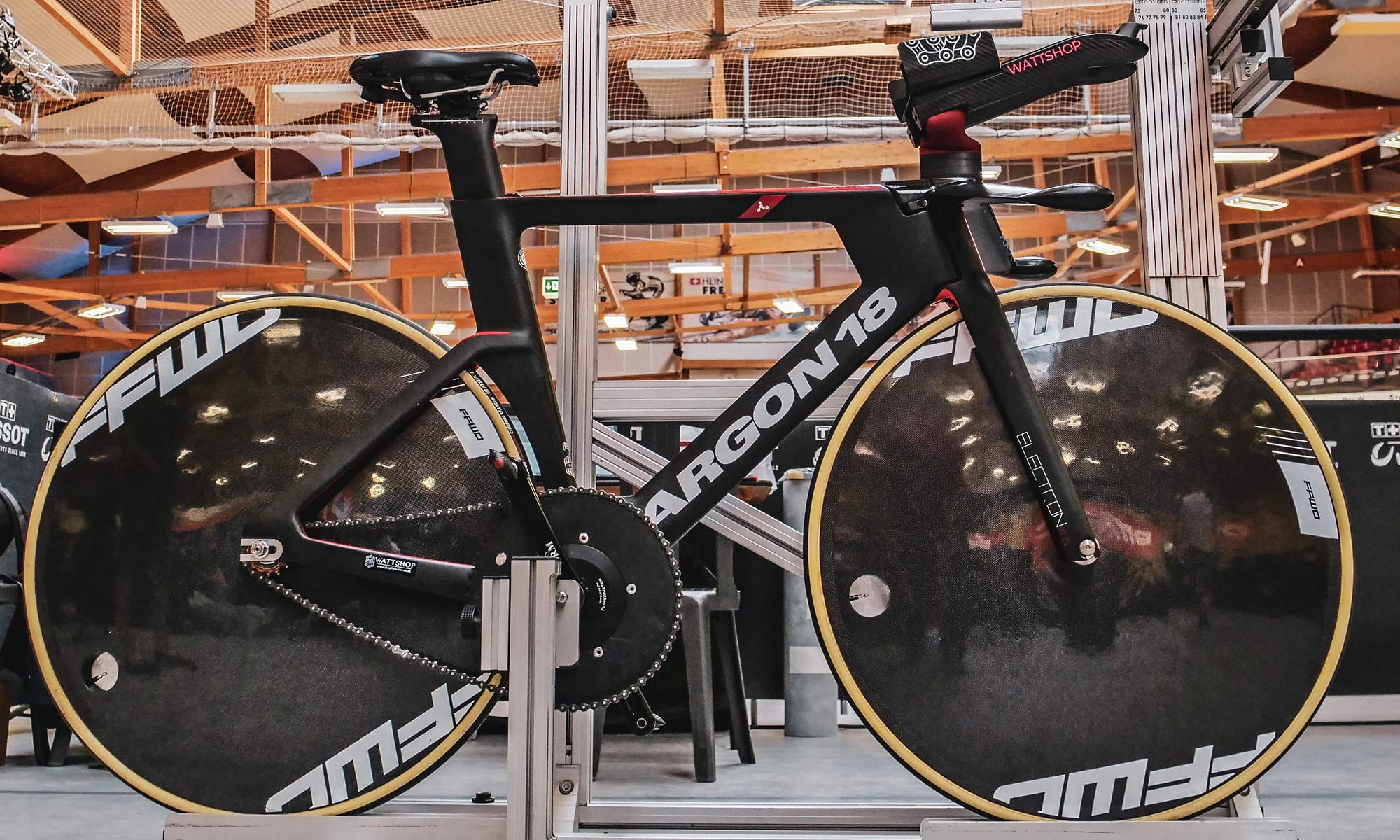 Joss Lowden’s Drops-LeCol team rides Ribble bikes, so she had to source a proper aero track bike for her record attempt. Her selection is the same Argon 18 Electron Pro RIO developed by the Canadian bike designers with the Danish national track team for the Rio 2016 Olympics. It’s not quite as narrow as the 40mm wide fork spacing of the newer Electron Pro TKO… 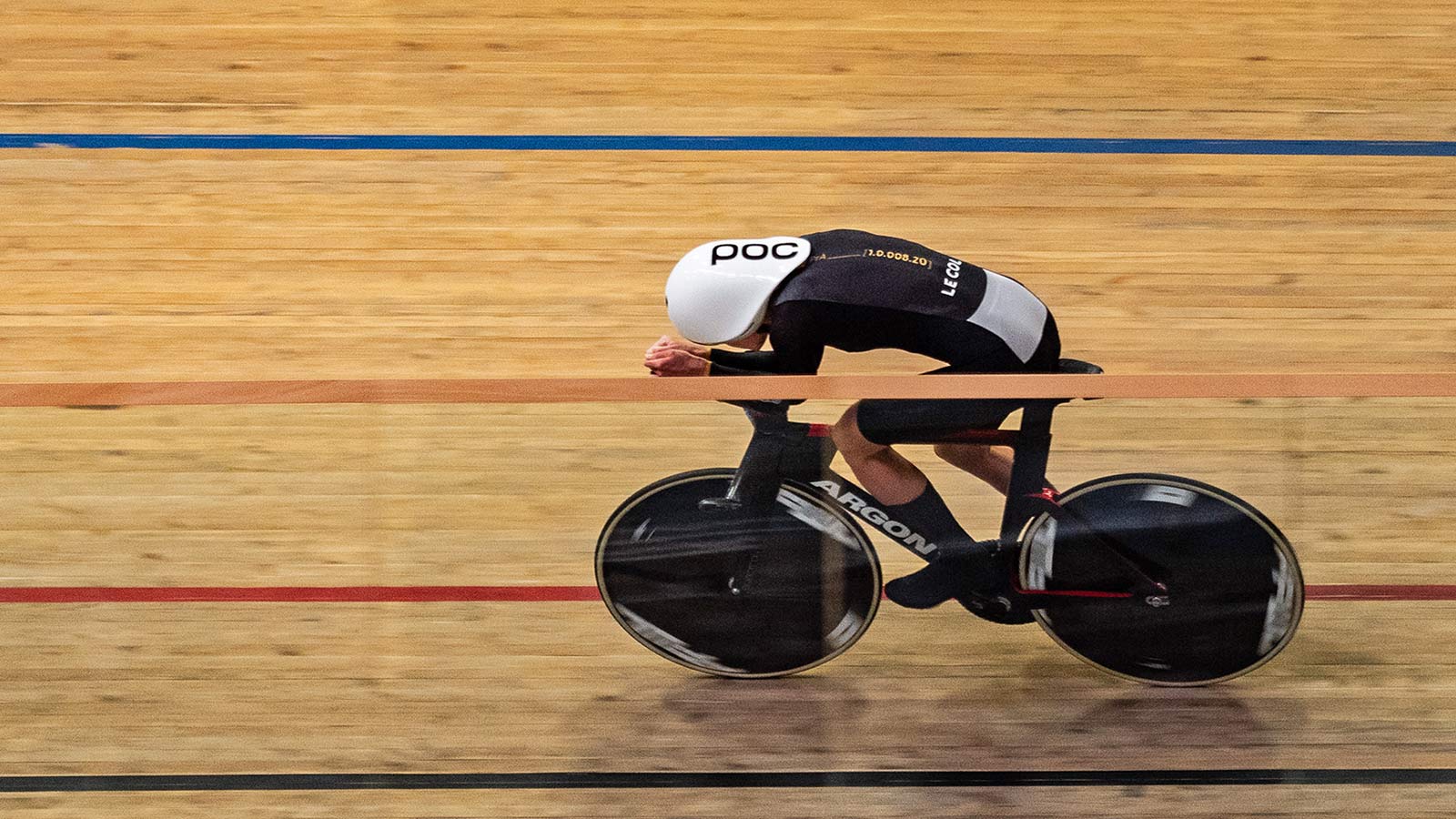 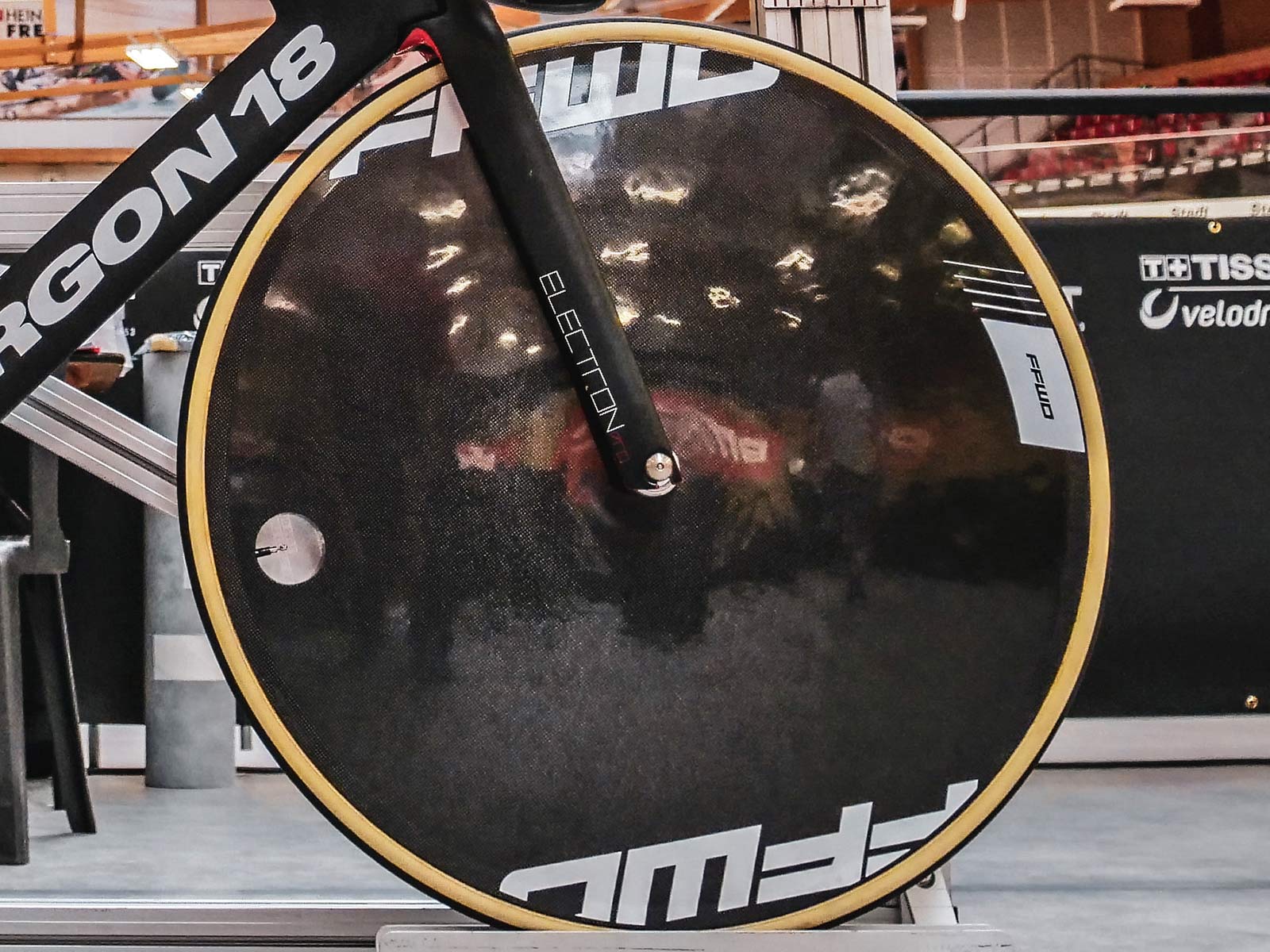 The faster, lighter, 20% stiffer lenticular-shaped FFWD disc wheels sell for 2099€ a piece (4198€ for a wheelset). And while that’s certainly not cheap, it’s a lower price than pretty much any other <1kg aero disc track wheel. 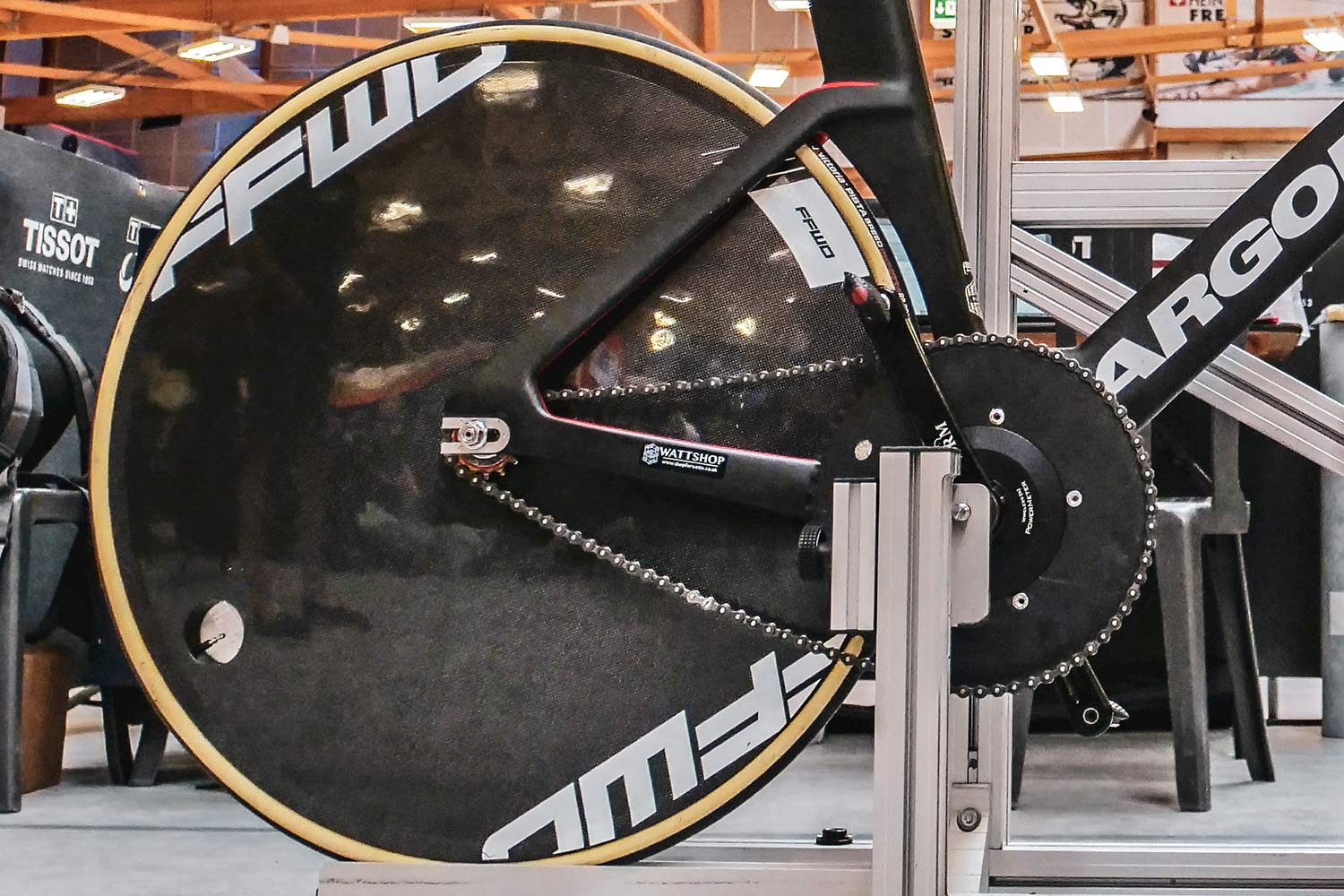 WattShop helped get her up to speed and stay there. Lowden pushed a huge WattShop Cratus 64T chainring on a set of alloy SRM Science Track power meter cranks, paired to a 15T cog out back. 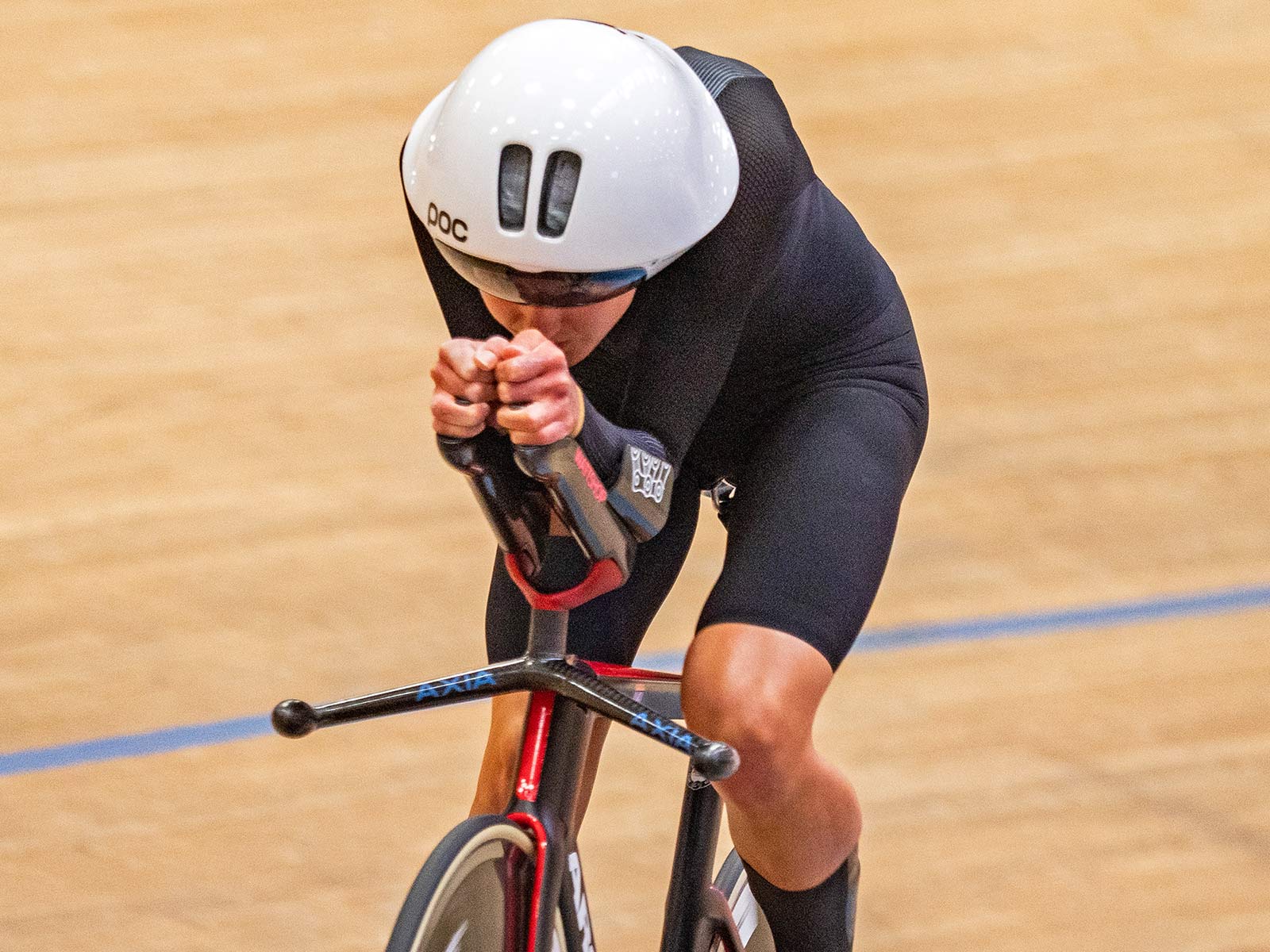 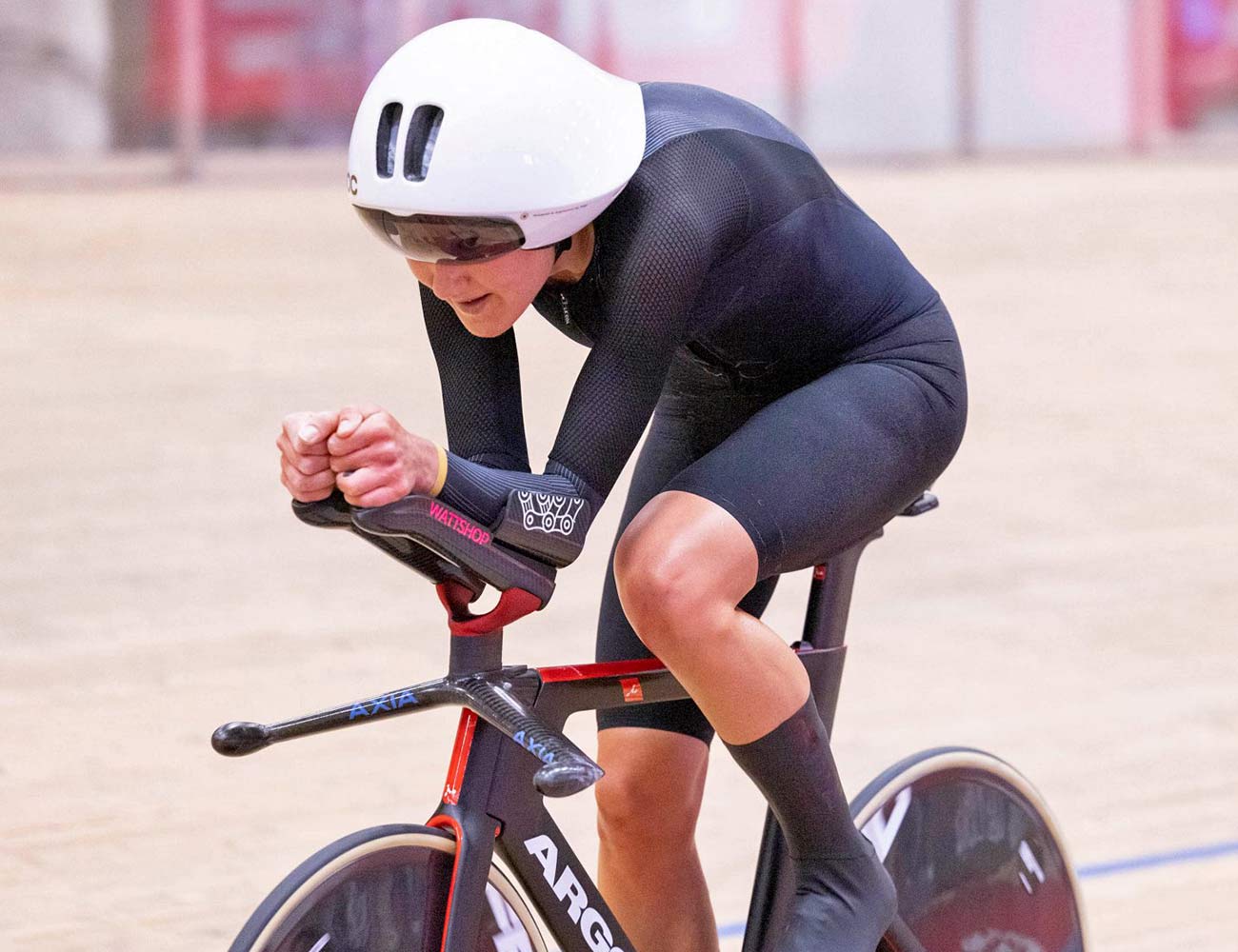 Her aero kit was finished off by LeCol’s new lightweight Project Aero Skinsuit developed with aerodynamic experts at McLaren aerodynamicists for minimal drag with air-tripping fabrics that create a boundary layer over the body for reduced drag. The 455€ long sleeve skinsuit has a women-specific cut that’s apparently not very comfortable when standing, but like a second skin while in an aero tuck. There’s even a version for men, too.

Then, top it all off with a duck-bill POC Tempor aero TT helmet 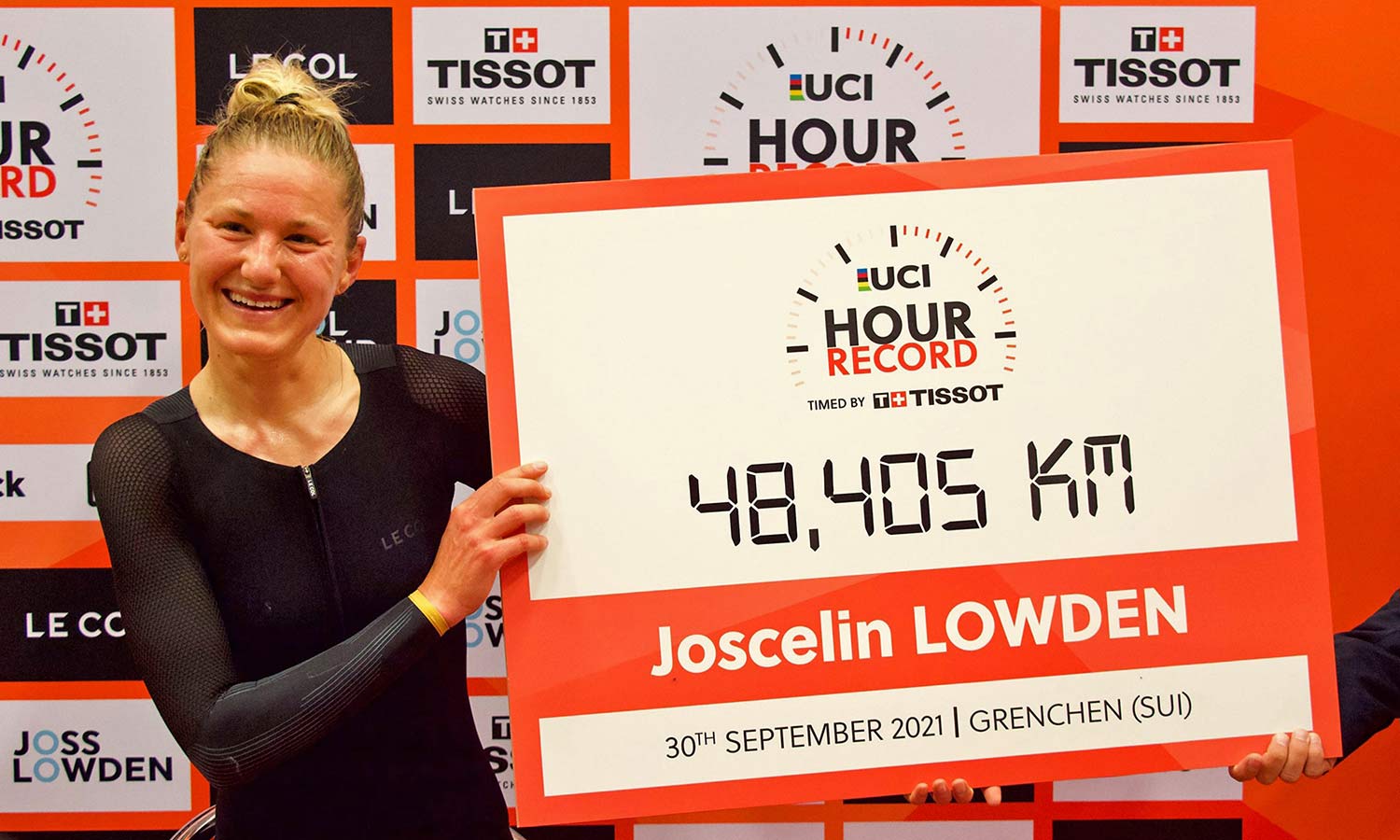 Impressive ride, I was surprised to see that her position itself was so high. I would suppose for an hour attempt one can’t be as aggressive as for a shorter effort, but it seemed strangely unaerodynamic.