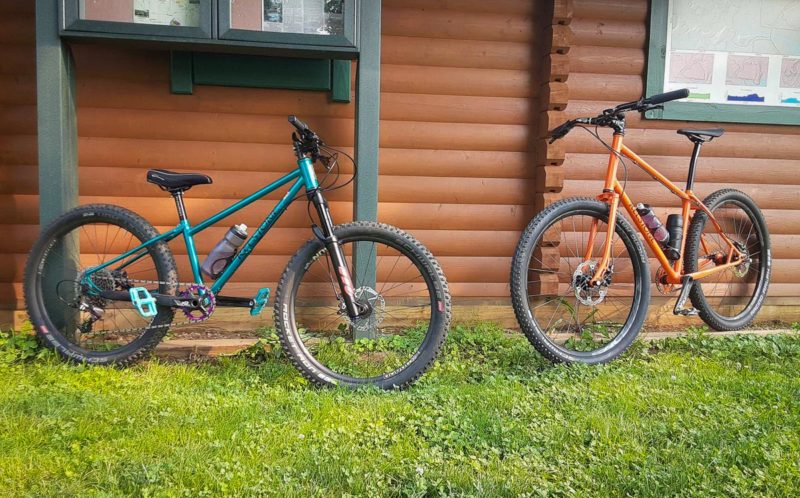 Leading up to the 2020 edition of the show, the Philly Bike Expo was ready to welcome the latest recipients of the PBE x SRAM Inclusivity Scholarship for Framebuilders. Unfortunately, the show was postponed on account of Covid. On the bright side, the Philly Bike Expo is back on for 2021, and it’s happening this weekend. That makes all of the 2020 Scholarship winners also the 2021 winners, who will have their work on display in the SRAM booth at this year’s show.

Personally, this year’s PBE x SRAM Scholarship program is even more impactful as one of the awards has gone to a friend of mine, Guy Stone. I’ve known Guy from the local mountain bike scene for years. Guy is fairly quiet and reserved, but clearly has a burning passion for bikes. One day, he just started showing up to rides on a Relstone—a bike that he had built himself.

That all started as a result of the same bike addiction that many of us face. According to Guy, his first real road bike was a custom Waterford 1200 with Reynolds 753 tubing — “It was just night and day compared to what I was riding before, and I was just hooked.” Early on, Guy also dreamed of owning a Merckx MX Leader, “the one with the Columbus Max tubing and full lugs.” Always drawn to classic European lugged frames, eventually, Guy told himself that he would never buy another bike. “If I wanted one, I had to figure out how to build them myself.” 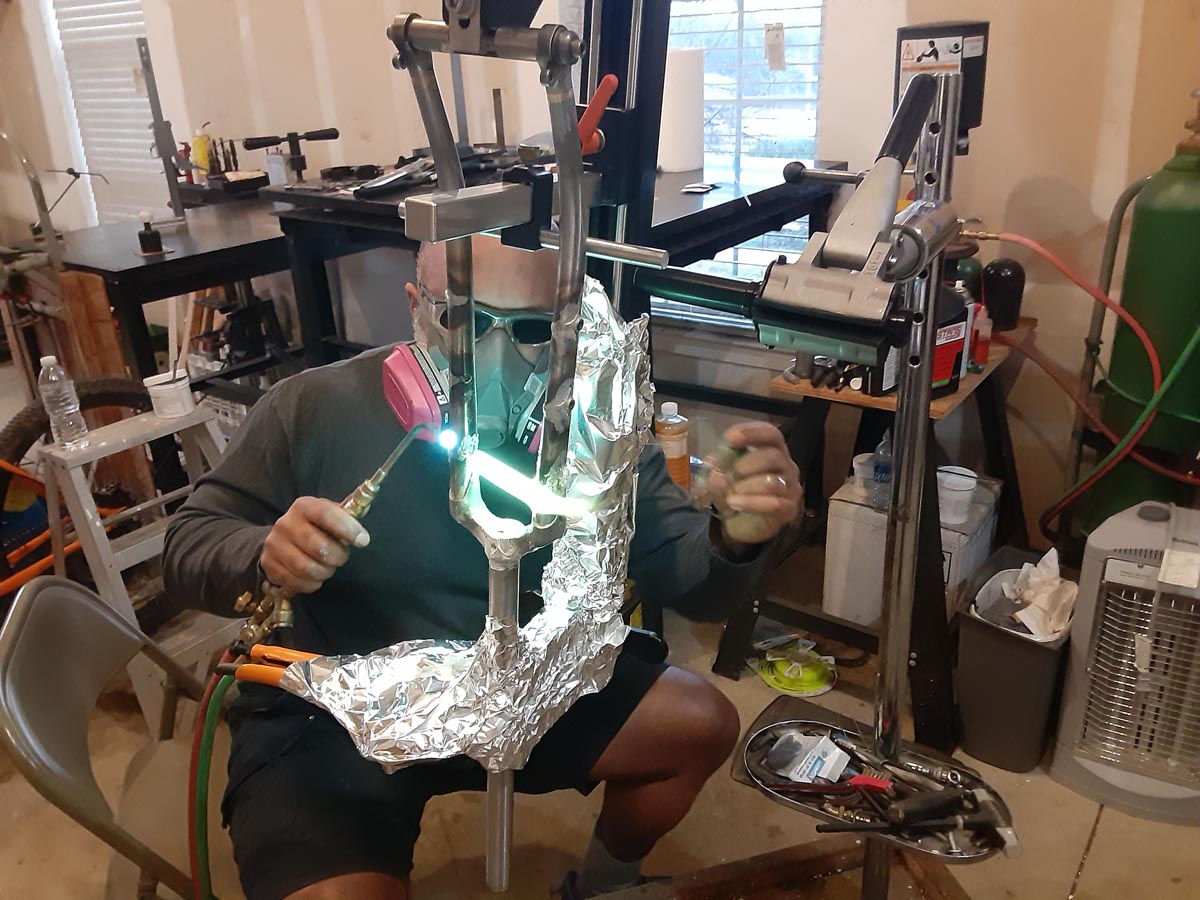 So he did. After attending a BREW Racing TIG class in 2015 followed by a brazing class by Joe Bringheli in 2016, Guy has been building custom lugged steel bikes in his house ever since. When he first started building frames about six years ago, Guy says that he was cranking out a new bike almost every month for the first few years. Instead of focusing on the perfection of the finish, Guy was more interested in how different butting selections, tubing profiles, alloys, and diameters would affect the ride quality.

Not wanting to “make a copy of something that was already out there,” Guy was focused on creating true lugged mountain bike frames that could hold up to the abuse while delivering the perfect ride for each rider. Guy jokes that as a muscular 245lb rider who frequently rides a rigid single speed, if his frames had any vulnerability, he’d find it. 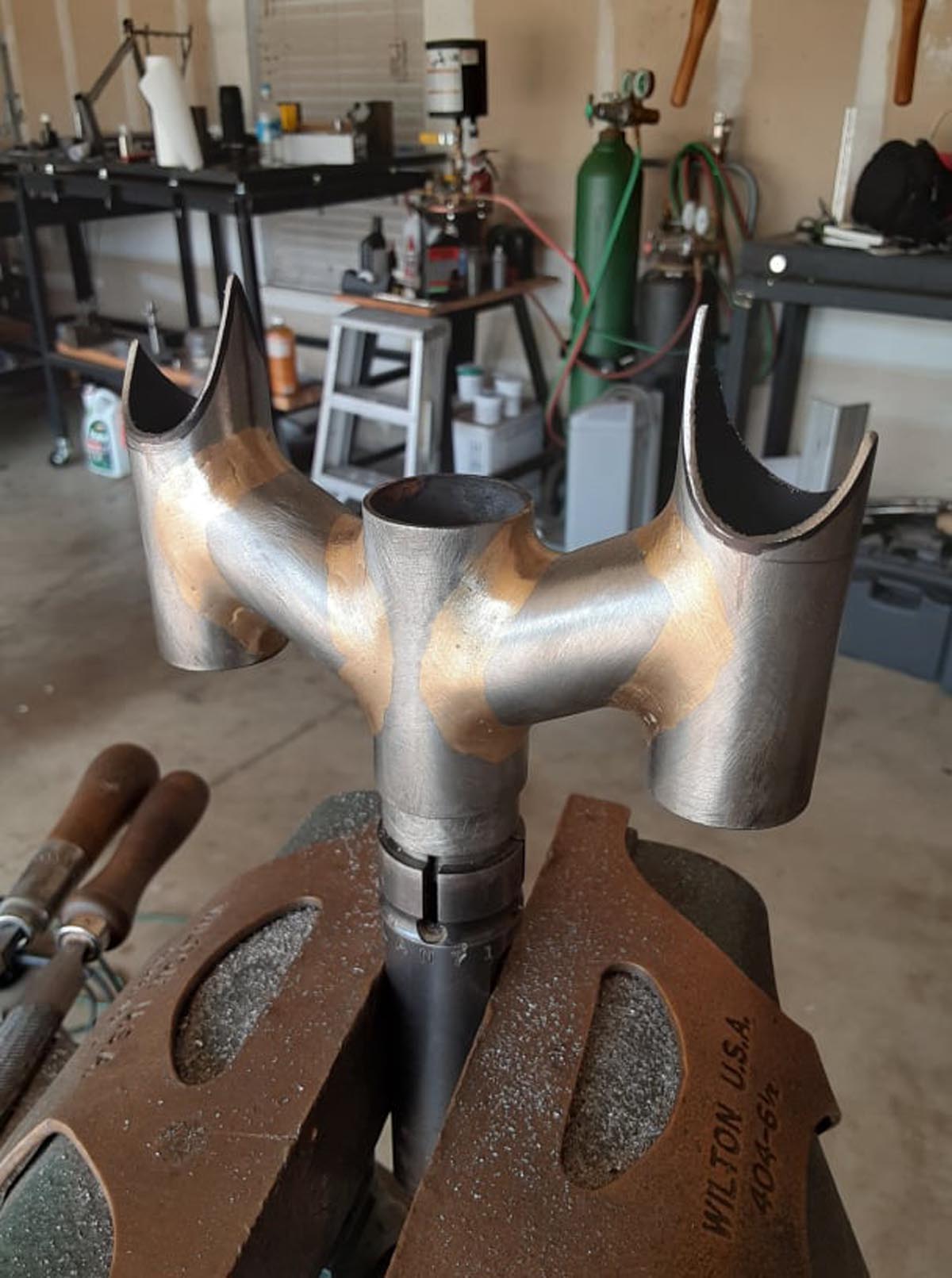 Following in the footsteps of classic lugged frame craftsman, Guy hand builds all of his lugs—starting with steel tubes that are bronze fillet brazed together, then hand-carved into the lug shape. The frame tubes are then silver brazed into the sockets which takes a lot of heat control as Guy points out. 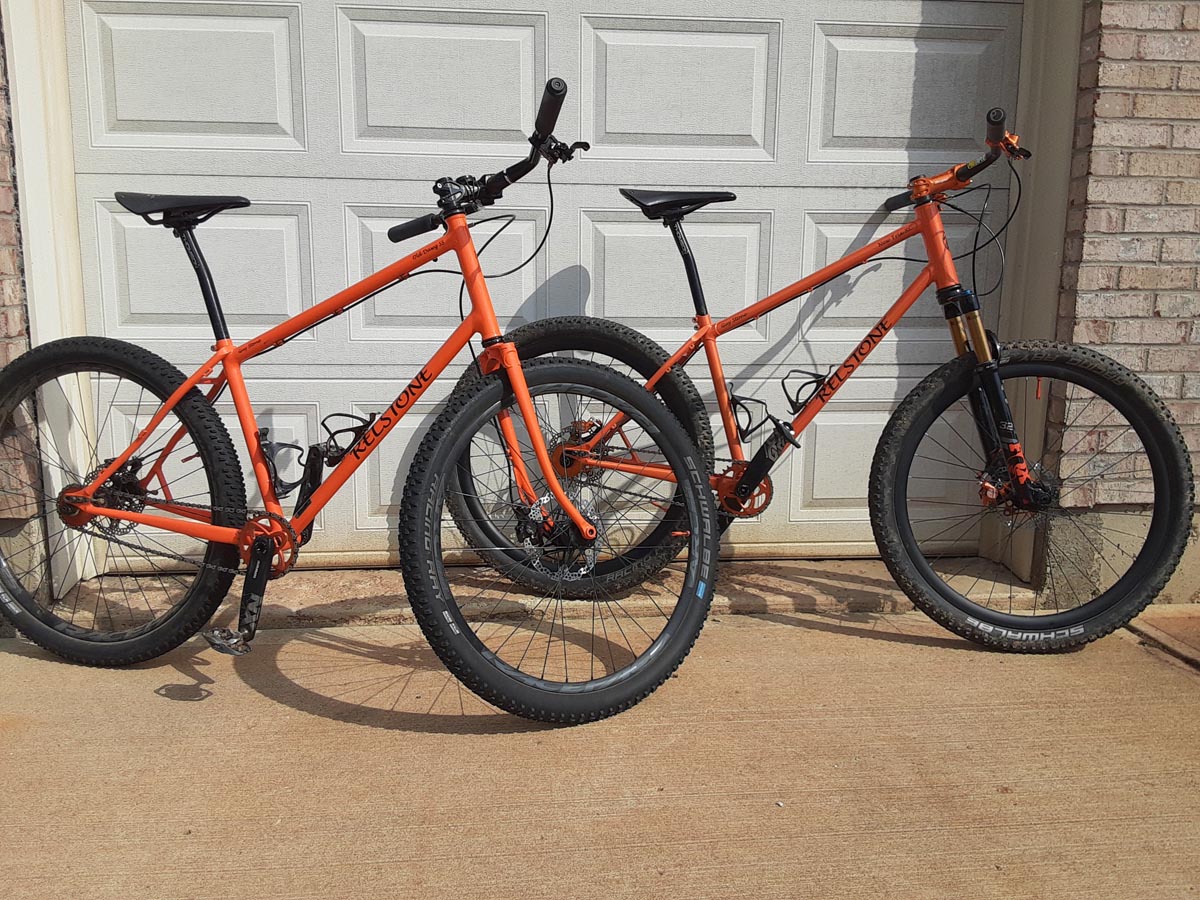 Those lugs and tubes eventually make their way into unique bikes with fun names. His rigid single speed? That’s the Old Dawg. Add a suspension fork to it, and it’s the New Trix. The kid-sized mountain bike Guy made for his daughter? That’s a Lil New Trix. And the Relstone name itself? That’s born from a combination of Guy’s last name and his wife’s maiden name. 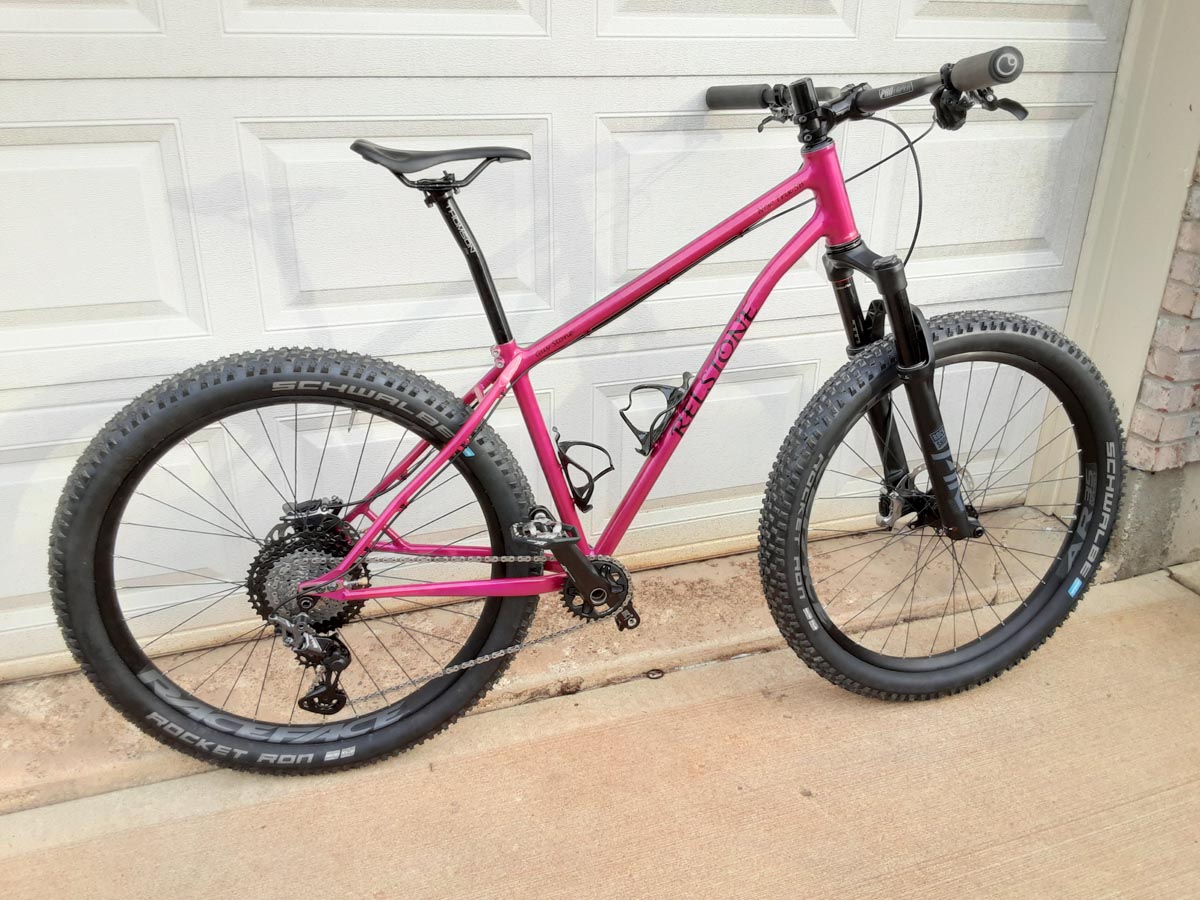 Each of these frames is custom-built for its owner, often with longer head tubes than you might expect. The reason is two-fold: on his rigid bikes, Guy builds them specifically to run rigid forks with shorter axle to crown measurements, which drops the headtube down. At the other end, Guy believes custom-built bikes shouldn’t have a huge stack of spacers between the headset and the stem. So the headtubes are longer to provide the proper fit with a nearly-slammed stem.

Guy points out that since head tubes can be one of the heaviest tubes on the bike, he uses ultra-light head tubes with thinner walls. But to provide the needed strength, he brazes reinforcement rings on the ends to keep them from ovalizing. 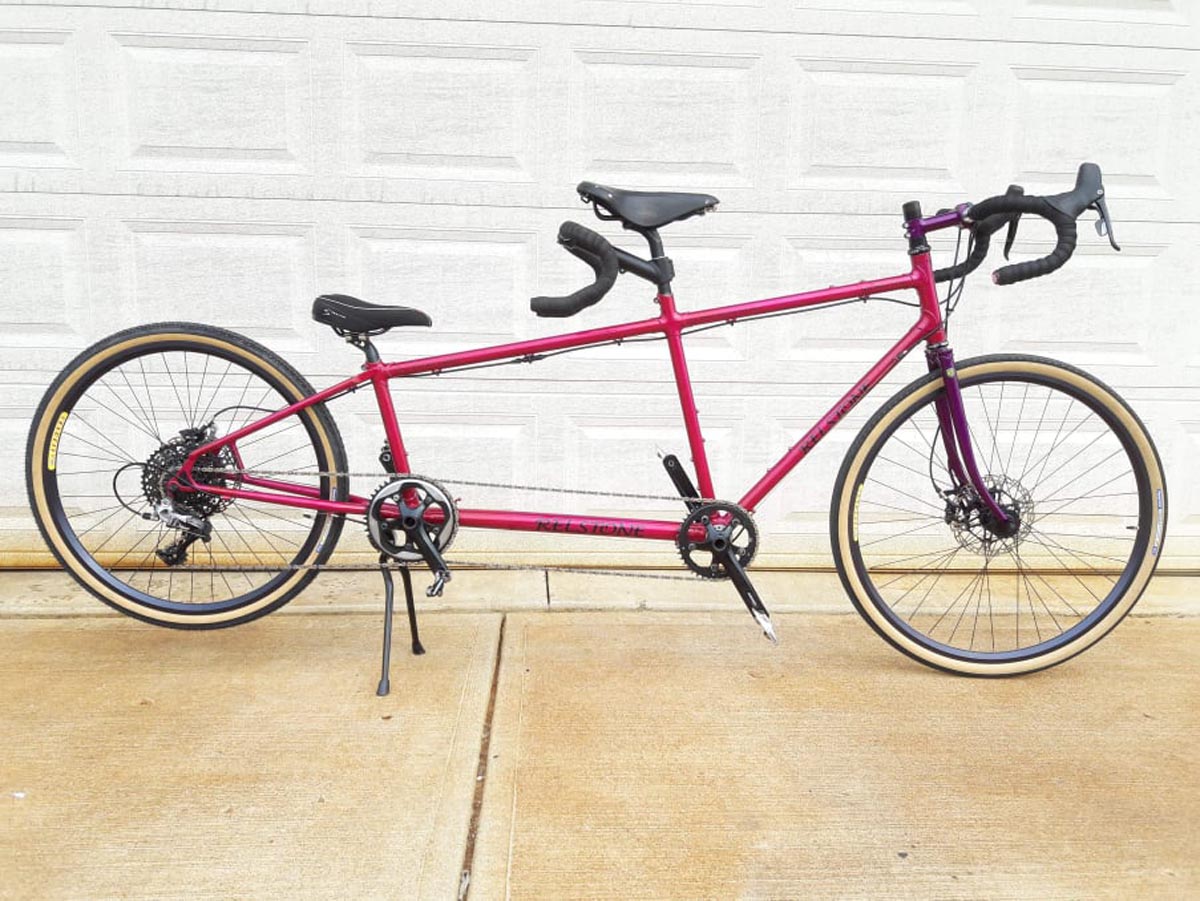 In an interesting link to the Philly Bike Expo, while on vacation with his family to Philadelphia years ago, on a whim Guy stopped in to see Stephen Bilenky and his shop. Guy had only been building for a few years at that point, and after seeing a lugged tandem hanging in Bilenky’s shop, Guy said he had wanted to build a tandem for his daughter. More complicated than building a traditional bike just in terms of size alone, Guy went home and did it. 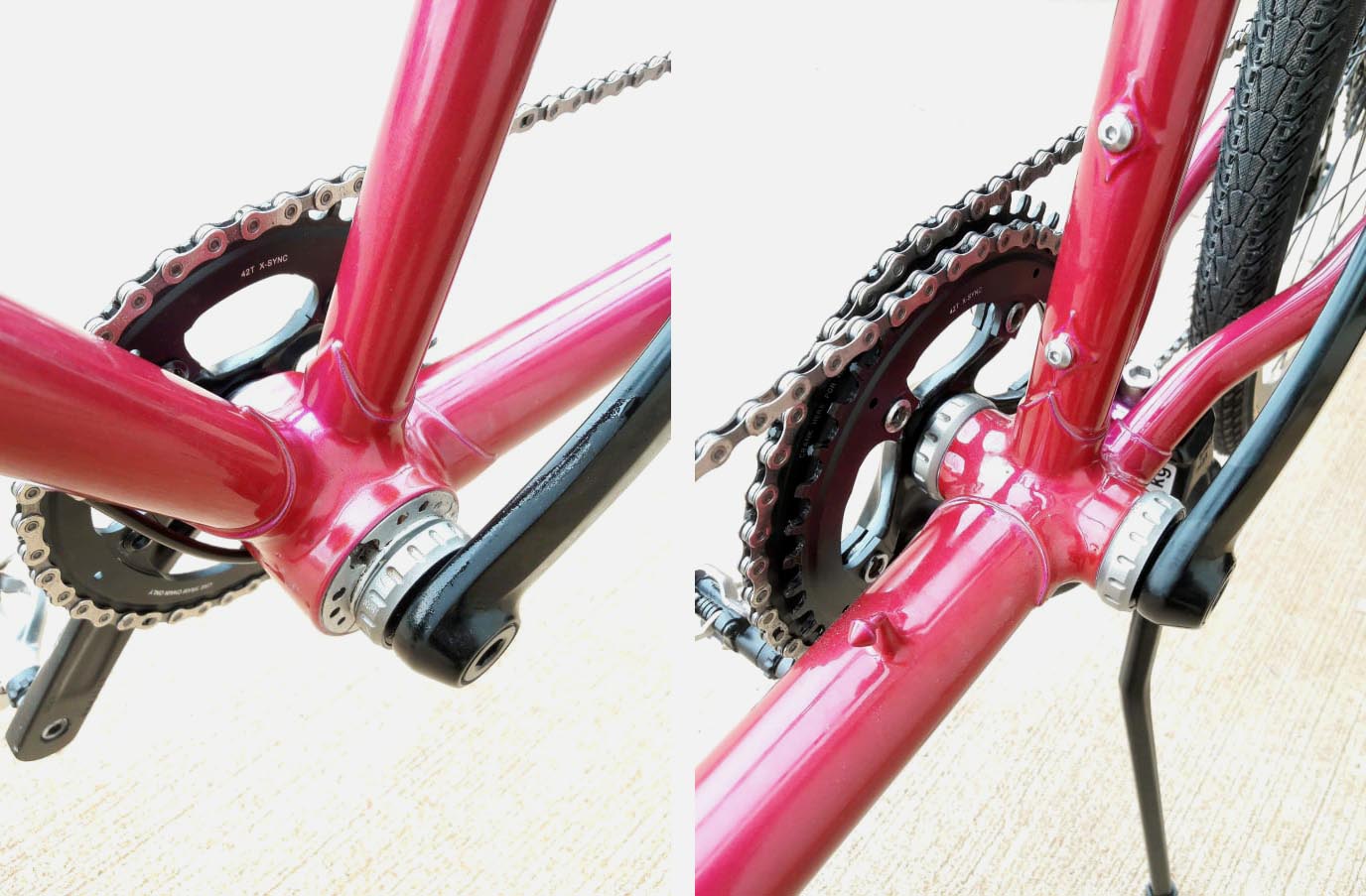 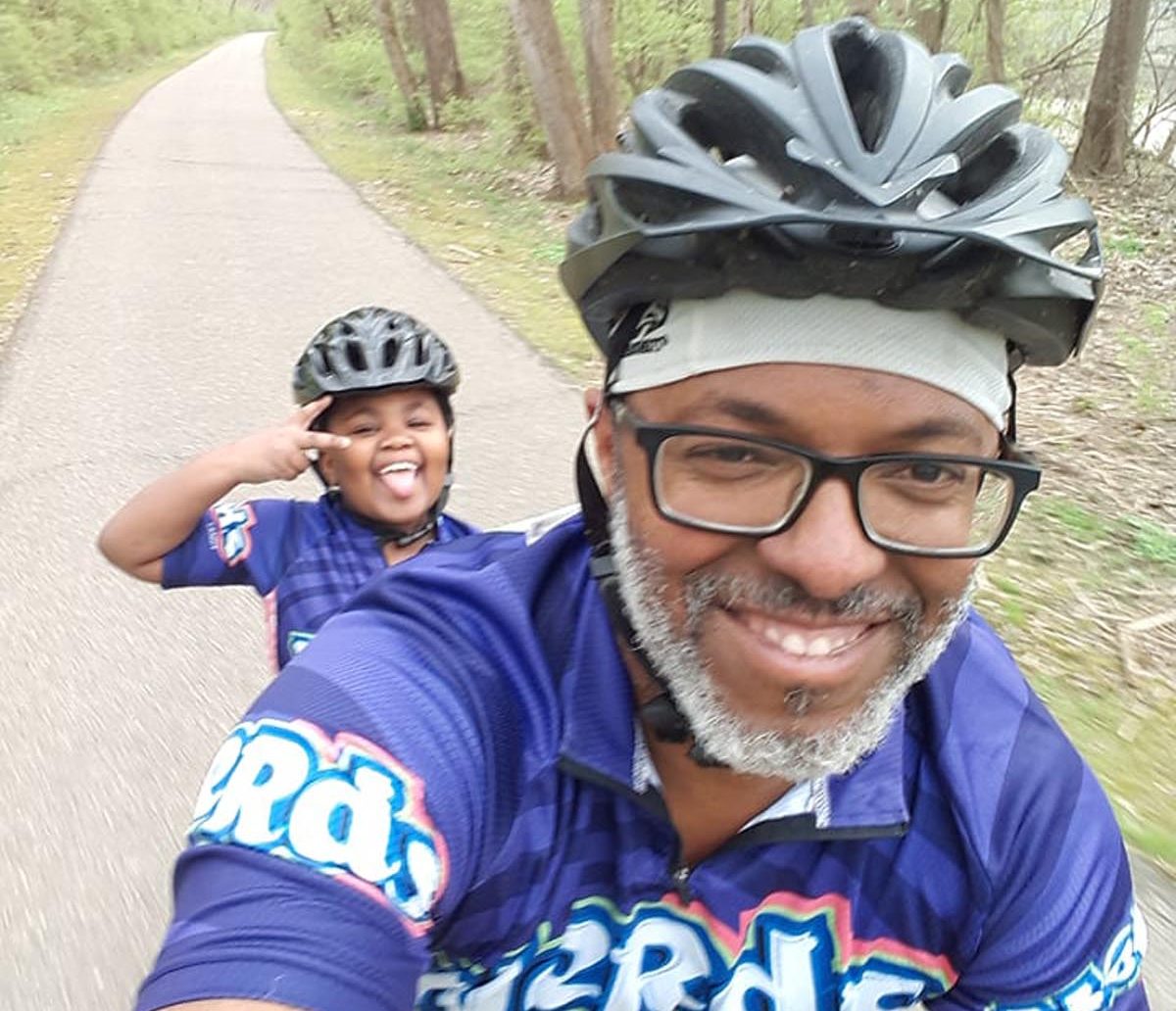 The appropriately named Just the 2 of Us includes custom lugged bottom brackets with an eccentric shell at the front to tension the timing chain. 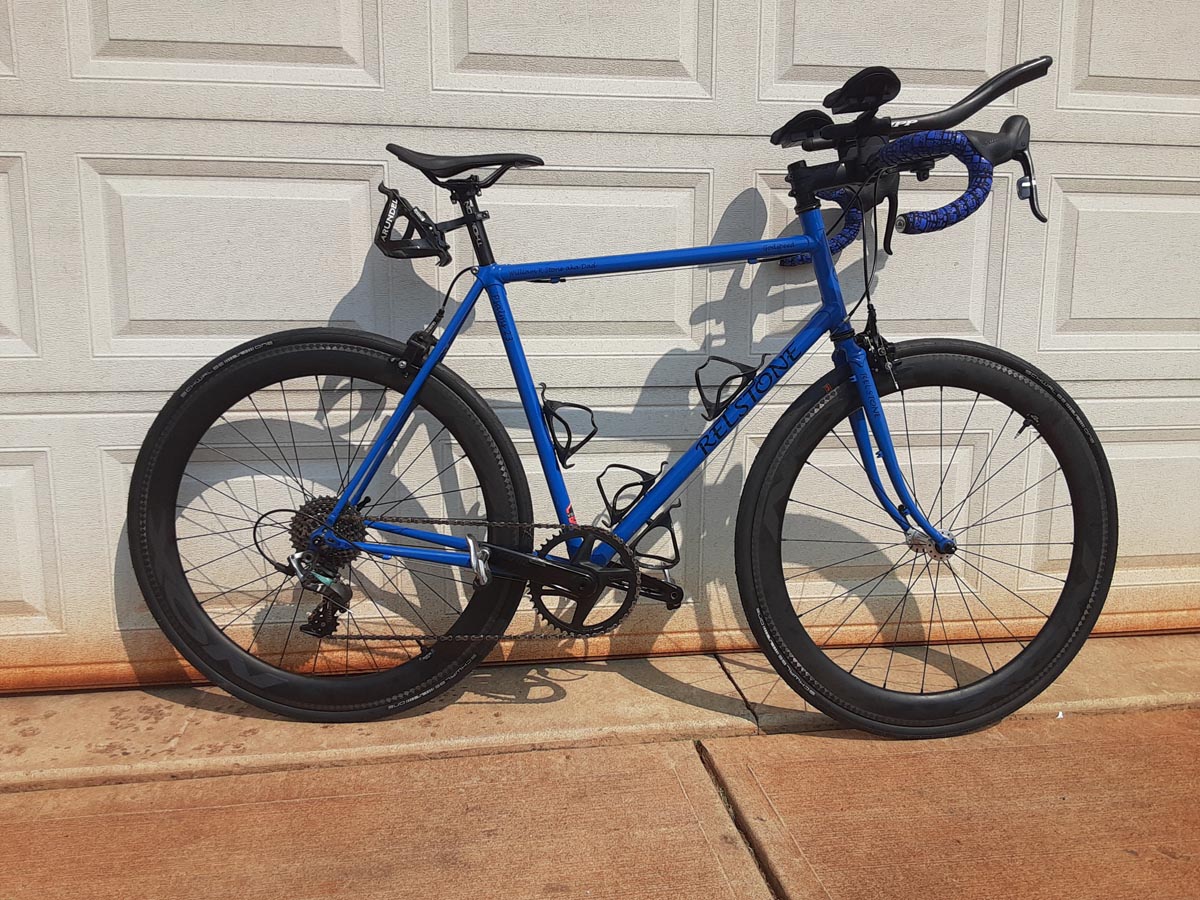 Continuing with the road theme, Guy is working on an extra-special project he’s dubbed Godspeed. Built-in memory of his father who recently passed away, Guy is planning on completing his first triple century+ to memorialize his father. To do so, he’s been working on designing a bike specifically for ultra-marathon road riding while also honing his engine. Guy says that he’s already completed a double century at a fast pace, and his next step is to build a new model of the Godspeed—which will be his first in stainless steel.

To see a Relstone in person, stop by the SRAM booth at PBE—Guy tells us he’ll have a special mountain bike on display that was cooked up just for the show. 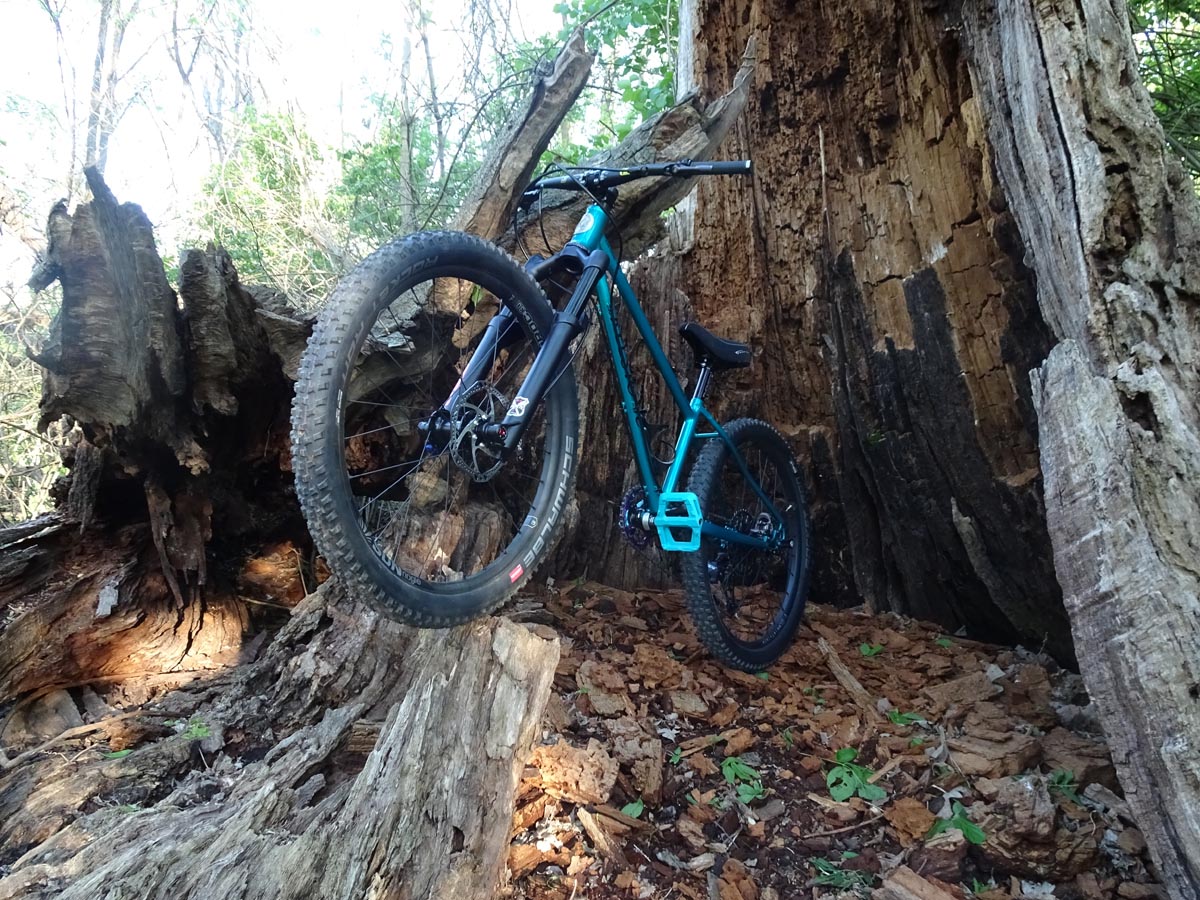 Bikerumor: What’s your name, where are you based, and how long have you been building bicycle frames?

Guy Stone: My name is Guy Stone and my brand is Relstone Cycles. I am based in Cincinnati, OH. I have been building bicycles of all types for six years.

Guy Stone: My preferred material is steel. My preferred building technique is a combination of bronze and silver brazing. I especially enjoy fabricating custom lugs. 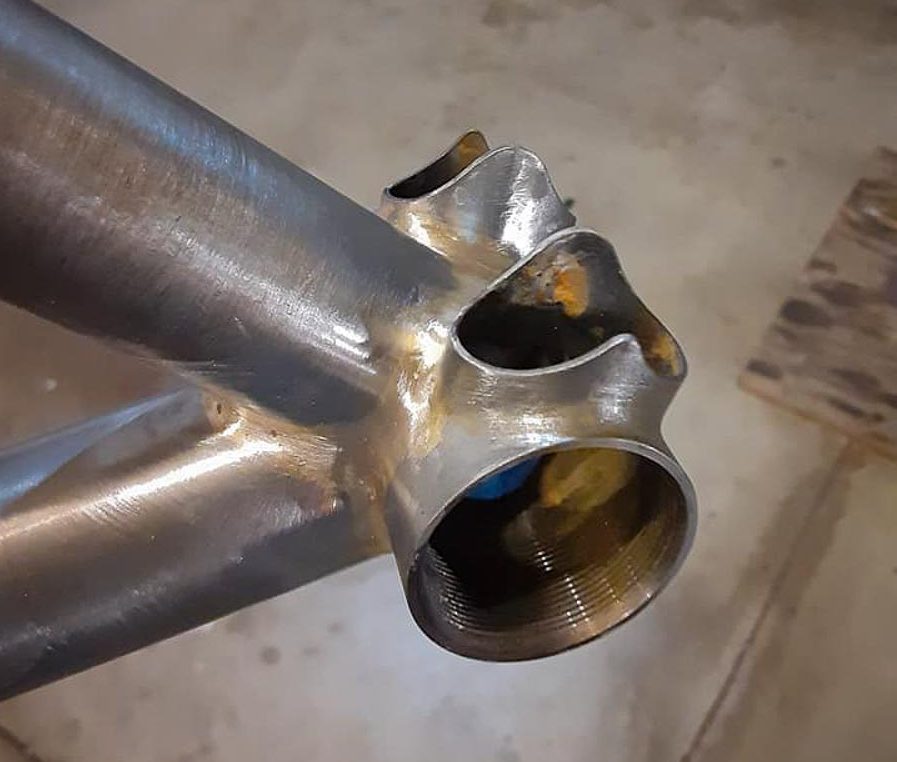 Bikerumor: What sets your bikes apart from other custom builders?

Guy Stone: I would say my geometry and brazed lug work sets me apart from other builders. There are a lot of really talented builders that make exceptional steel custom bikes. There are relatively few that make custom lugs (not bi-lam) and lugged bottom brackets for mountain bikes.

Bikerumor: How did you get into this? Who inspired you to get started making bikes?

Guy Stone: I am a lifelong cyclist. No matter how my day is going a bike ride makes it better. It wasn’t until my late teens that I started thinking about building my own bikes. My father was a machinist and he inspired me to work with metals and build bikes. It wasn’t until my 40s that I built my first frame. I was hooked. On every bike, I try something new to keep the learning curve high and improve my process. 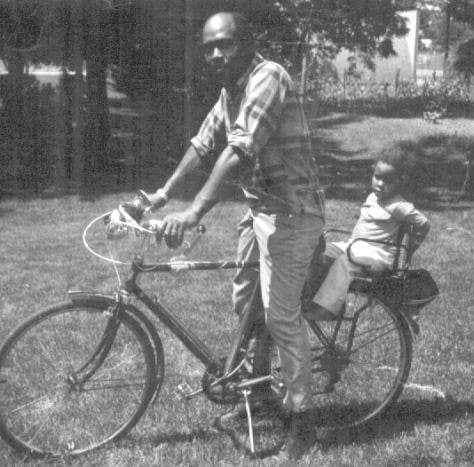 Bikerumor: Who inspires you now?

Guy Stone: My Father still inspires me now. Even though he passed 4 years ago I am currently working on designing a stainless steel ultramarathon road bike to complete a 24-hour ride in his memory. I am also inspired by the founders of the Chillicothe VA Bike Share Program. They volunteer their time to provide a bike share service free to Veterans and members of the community at the Chillicothe, Ohio VA.

Bikerumor: How was the COVID era for you? Good, bad, about the same? How did it change your business and business model, if at all?

Guy Stone: Framebuilding is a labor of love for me. I am limited to evenings and weekends. I have a demanding career and a young family. COVID brought the challenges of virtual learning for my children for over a year as well as increased career responsibilities. At the same time, it has been very difficult to source all the frame materials and components to build complete bikes. As a result, I am not able to build nearly as many bikes as I did pre-COVID. 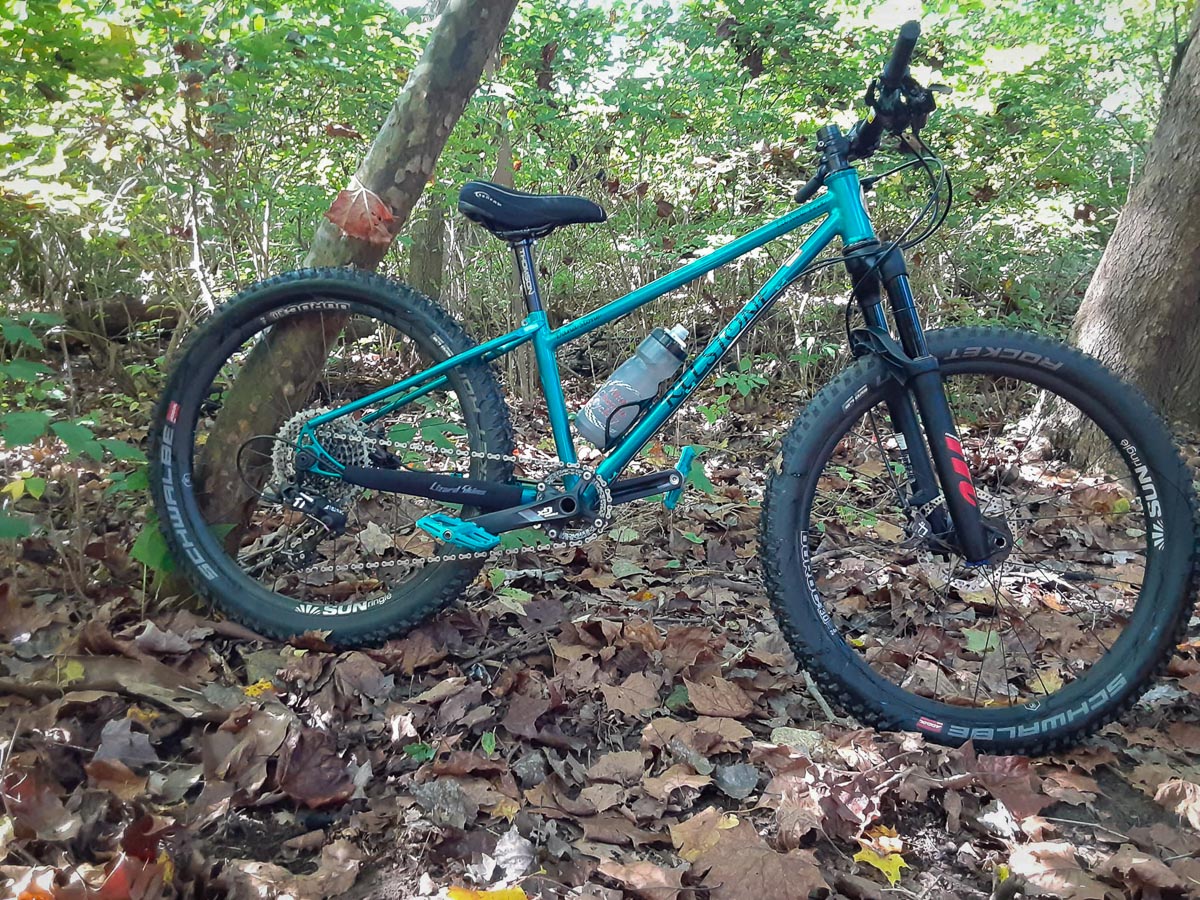 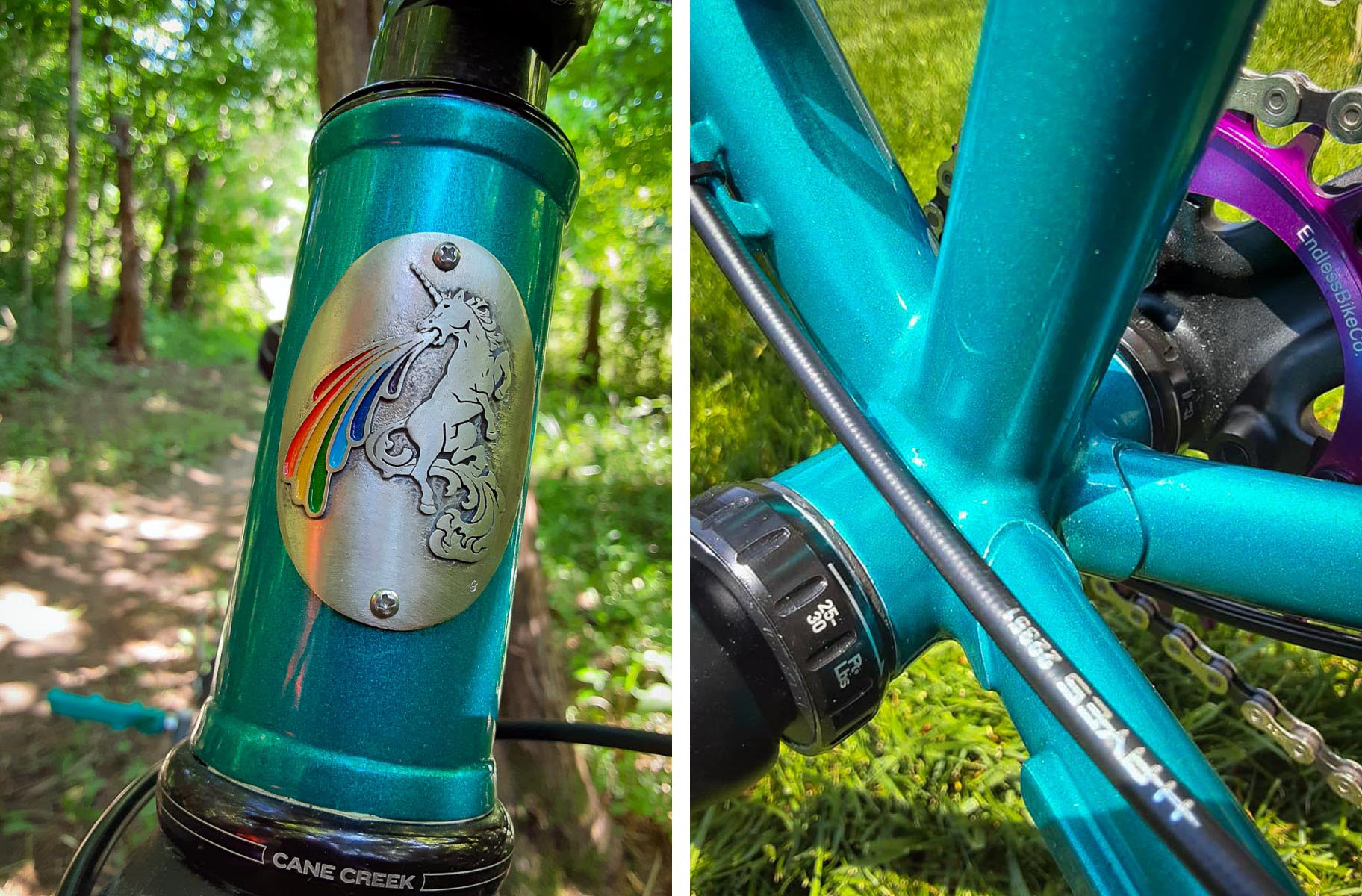 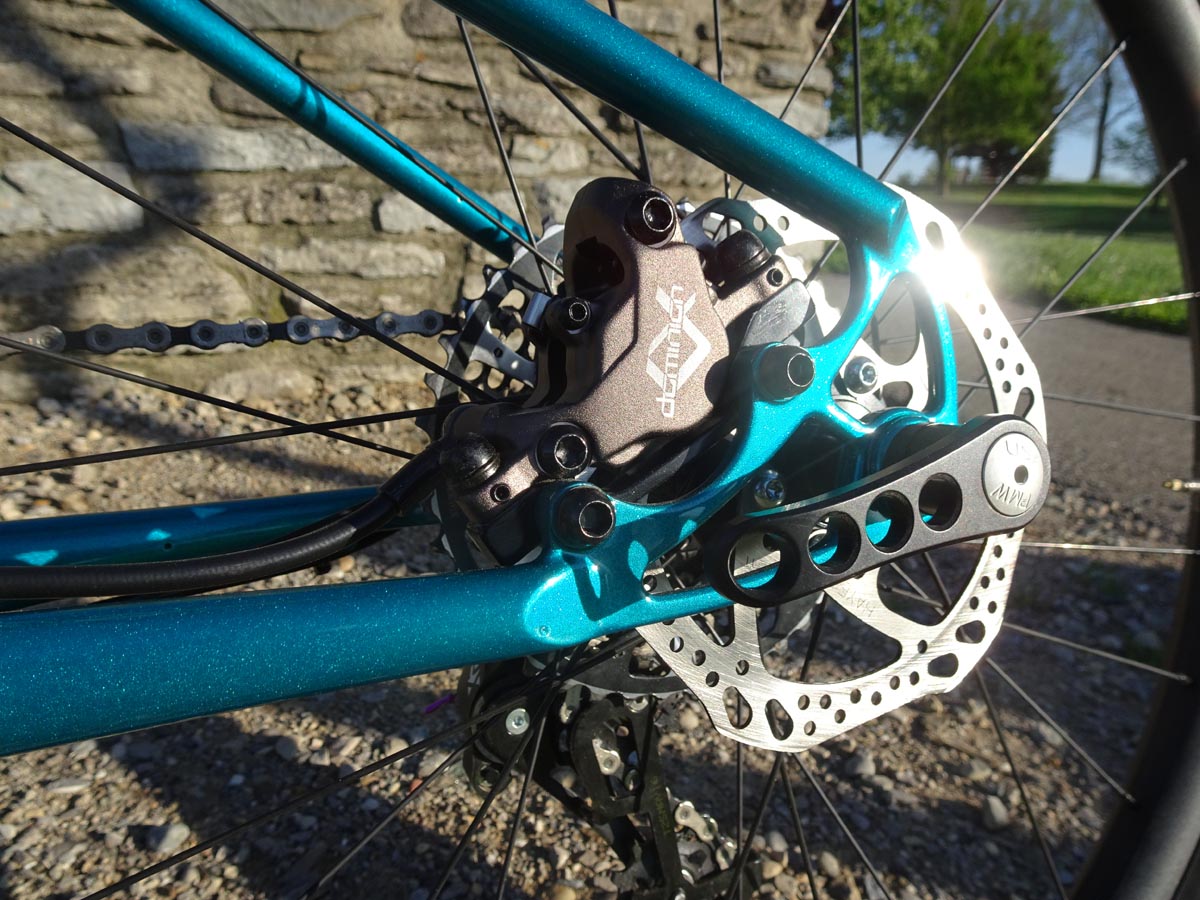 Bikerumor: What’s the most interesting bike you’ve built over the past year?

Guy Stone: The most interesting bike I’ve built over the past year was definitely the 24er mountain bike I built for my Daughter. Building youth bikes for my Kids has been one of the most enjoyable aspects of framebuilding for me from the beginning. Everything was carefully selected from the frame materials to components that work for small riders. The frame is made primarily of vintage Columbus SLX, SL, and EL tubing. Construction methods are a combination of bronze and silver fillet brazing and a handmade lugged bottom bracket to fit the small diameter vintage chain stays. Components are a mix of Hayes J-Unit youth and Sram 1×11. The crank was even custom milled down to 150 mm. I wanted my daughter to have a mountain bike that would perform just like a full-sized Relstone. More information about her bike can be found at this link.

Bikerumor: What are you bringing to Philly Bike Expo this year? Any teasers or sneak peeks?

Guy Stone: I am bringing a lugged XC mountain bike to the Philly Bike Expo. It can be run with gears, single-speed, suspension or rigid. It is currently at my favorite LBS (West Chester Cyclery) getting the finishing adjustments so it will be ready for the show. Stay tuned for sneak peeks… 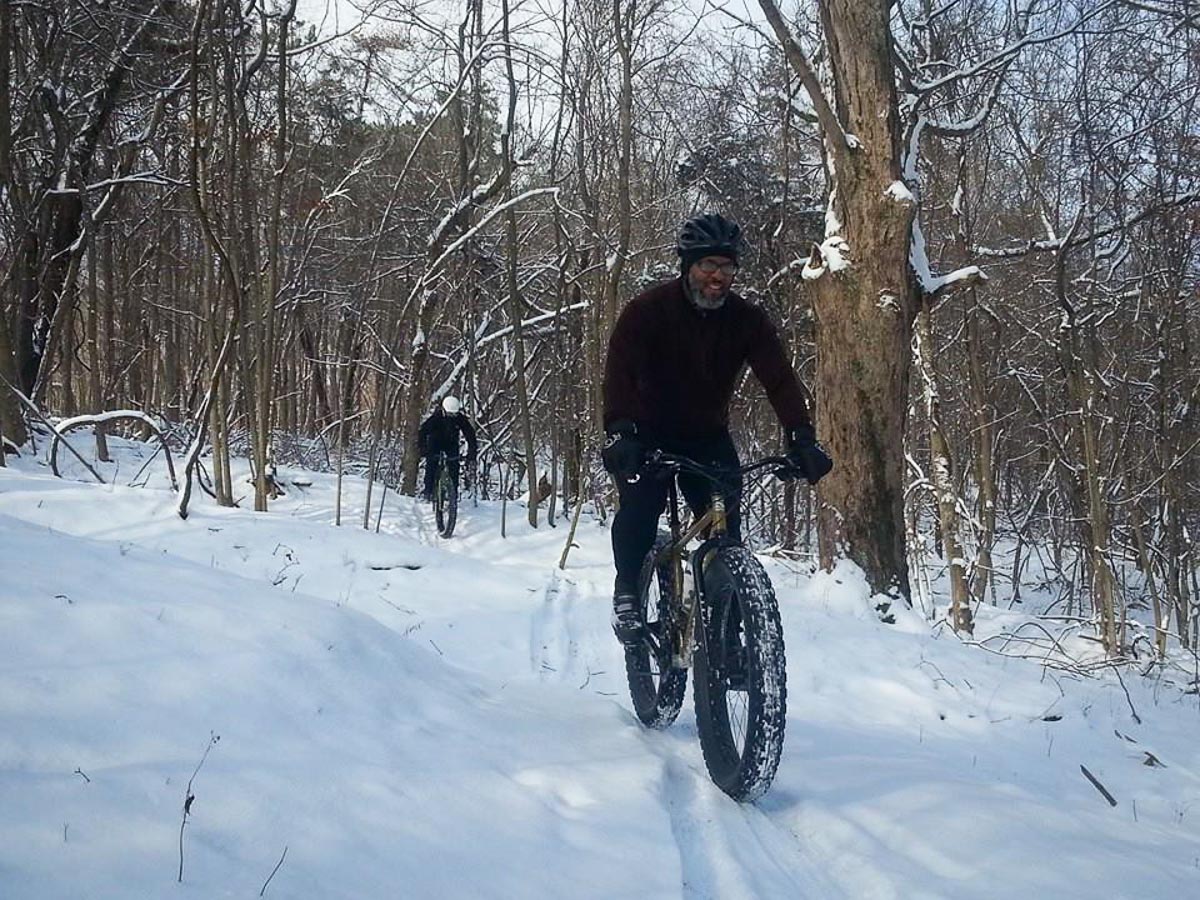 Bikerumor: If you had to do a multi-day bikepacking adventure with anyone else in the cycling industry, dead or alive, who would it be and why?

Guy Stone: I am a member of a group of mountain bikers [who love fat bikes] in the Cincinnati, Ohio area called the Nati Fatties. Over the years, life happens and I don’t get to see or ride with them as much as I would like to. They are a great group of people and I would love to spend time around a campfire catching up with them.

To get in touch with Guy, you can find him on Instagram @bean_biker—a play on words between his passion for bikes, and his day job as a high level bean counter (accountant).

Wow, I’m from Cincinnati and never heard of this guy. Years ago, there was another framebuilder, I believe it was Joe Skriven or something, but he stopped making frames years ago.

Beautiful bikes! Those fork crowns are amazing…the tall headtube and other details on that orange singlespeed speak to me, impressive craftsman ship!