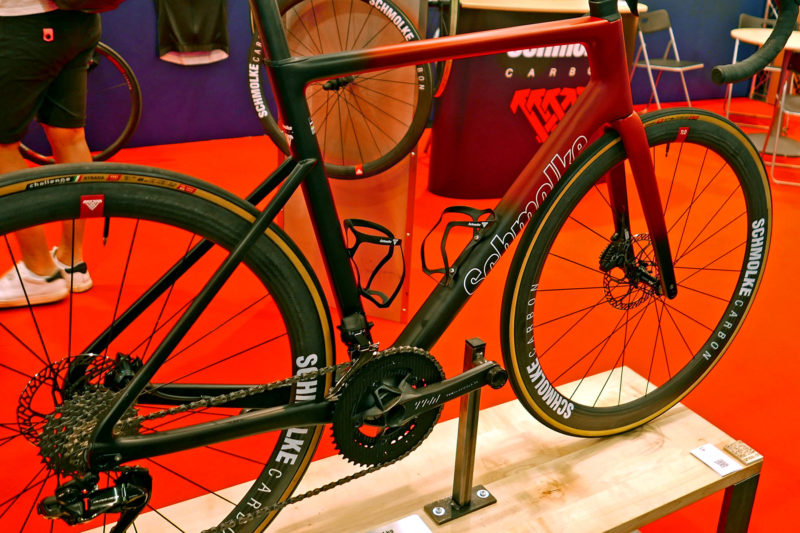 Schmolke Carbon steps up from just weight weenie components to full complete ultralight carbon road & gravel bikes in partnership with WiaWis. Offering aero road, lightweight road & gravel framesets, Schmolke will build you a UCI-approved race bike but still illegal for racing because they are just too light, no matter your preferred dropbar discipline.

They aren’t cheap, but are surprisingly less expensive than top-tier stock builds from the likes of Trek, Specialized, Scott, or BMC… 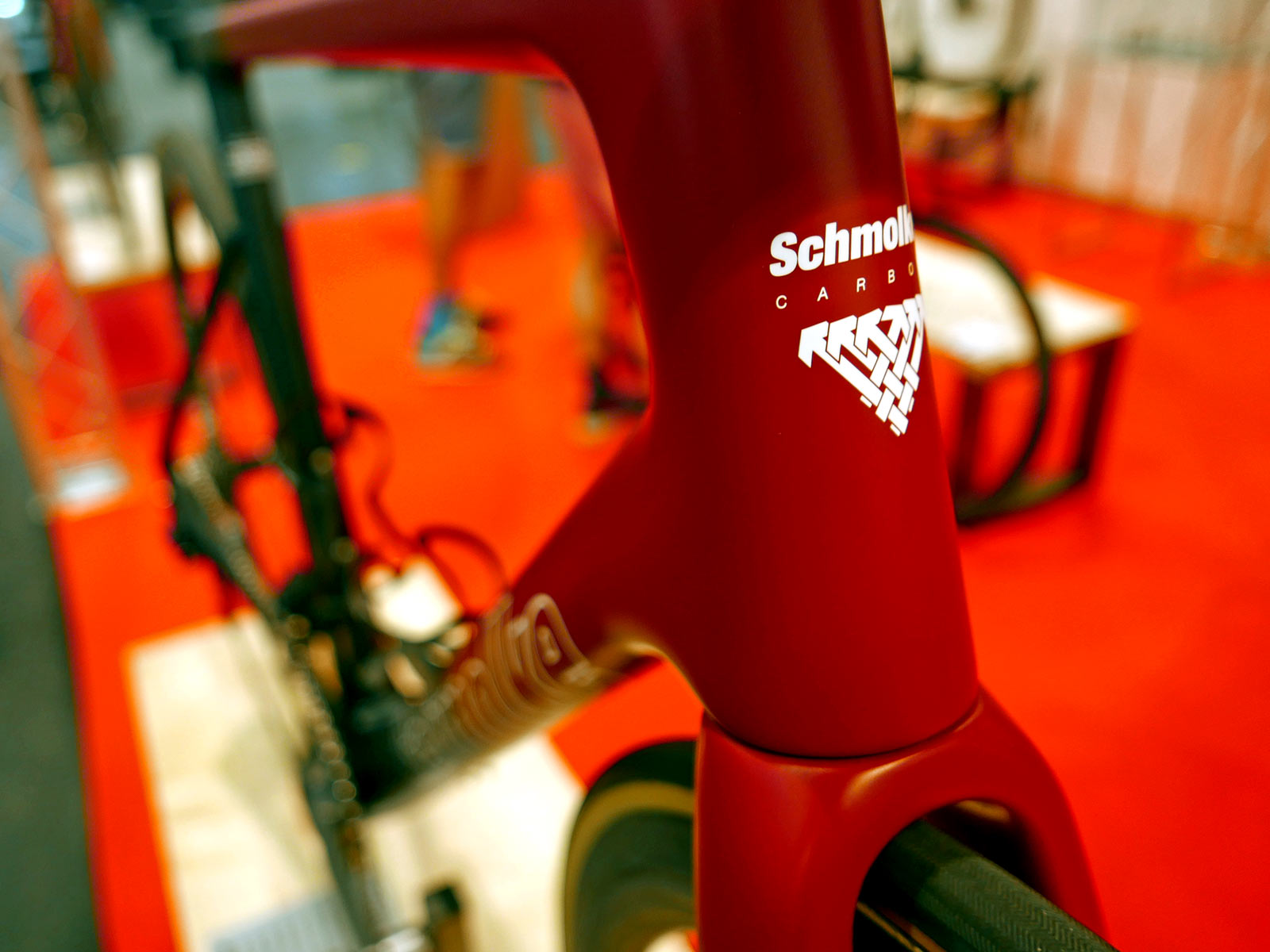 While much of the bike industry has prioritized aerodynamics and mixed-surface capabilities in recent years, brand founder Stefan Schmolke is an unapologetic weight weenie. For the last thirty years he’s been crafting ultralight carbon cockpits and wheels – bars, seatposts, stems & rims – but now he wants to deliver complete production bikes for riders looking to push the limits of lightweight. 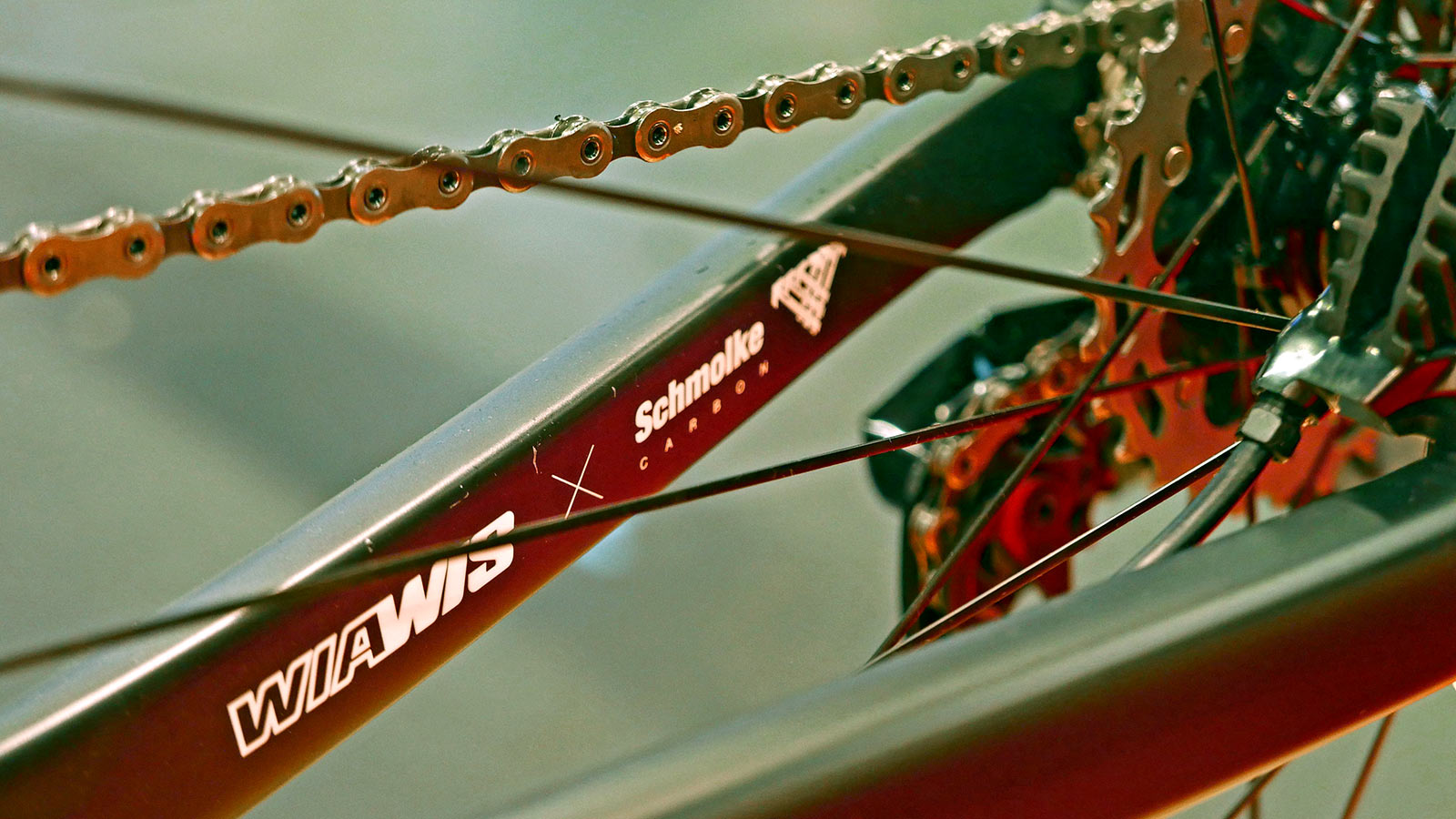 But instead of starting from scratch with in-house frames, Schmolke Carbon has paired up with the proven lightweight carbon bikes of WiaWis out of South Korea, which happens to already be UCI approved, even if most of Schmolke’s complete bikes are too light to race. It’s also not a huge leap to see the two brands work together, Schmolke has long been a supporter of multiple German and ex MTB World Champ Sabine Spitz who we often spotted racing prototype WiaWis bikes kitted out in Schmolke carbon.

Lightweight doesn’t exactly come cheap, but that said a complete Schmolke Carbon bike starts to seem surprisingly reasonable when you compare it to the super high echelons of American or European bike brands that regularly sell ultra-premium production road bikes in the $10-15,000 range withOUT boutique carbon components. 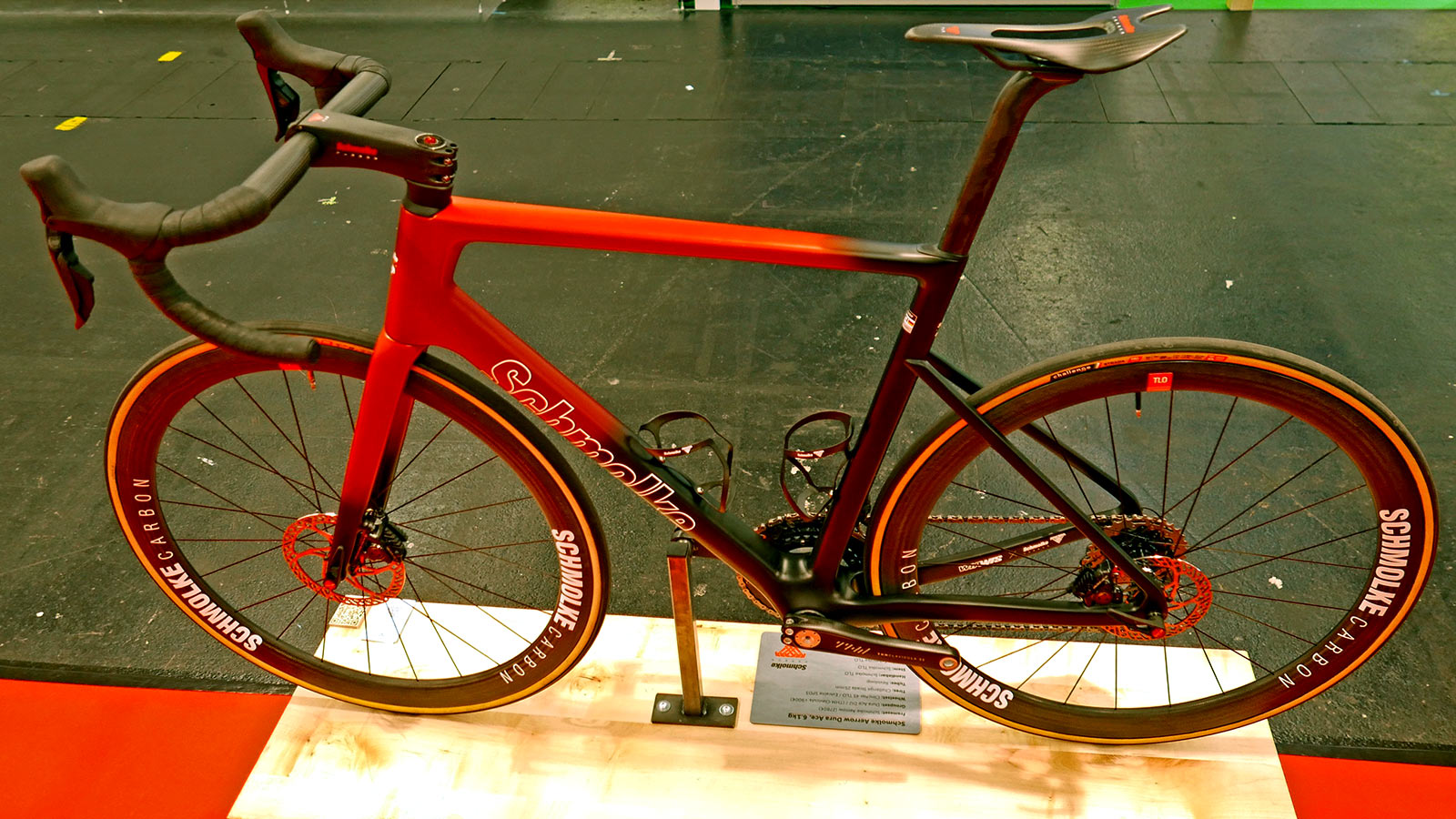 The Schmolke Aerrow semi-aero, fully integrated road bike sells for 12,000€ with a new Dura-Ace Di2 group, a THM Clavicula crankset and Schmolke’s own top-level TLO carbon handlebar, stem, saddle, seatpost & 45mm deep wheels built on Extralite hubs – all for a claimed complete weight of 6.1kg. Dial it back to a SRAM AXS build with SRAM cranks for just a 600g penalty, and it will ‘only’ cost you 10,800€.

The current Schmolke x WiaWis Aerrow frameset itself sells for 2780€ on its own, with a roughly 840g frame. (WiaWis calls it the Radical.) 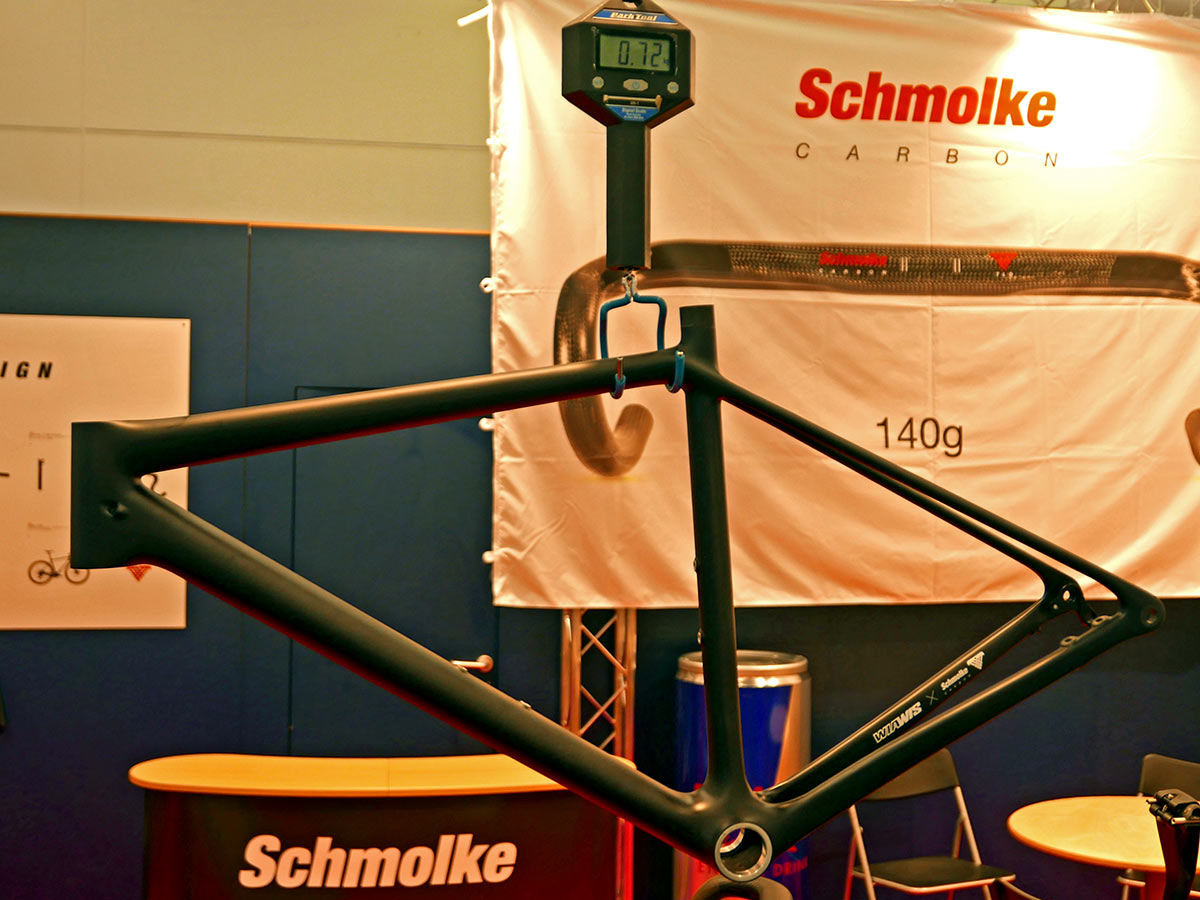 But Schmolke wants to offer something a bit lighter, so has worked with WiaWis on a next-gen lightweight frame that’s around 720g. Weight isn’t the only priority – it still has to be stiff, durable & easy to work with – so the new bike is all carbon except alloy bottom bracket threads for a new T47 BB. 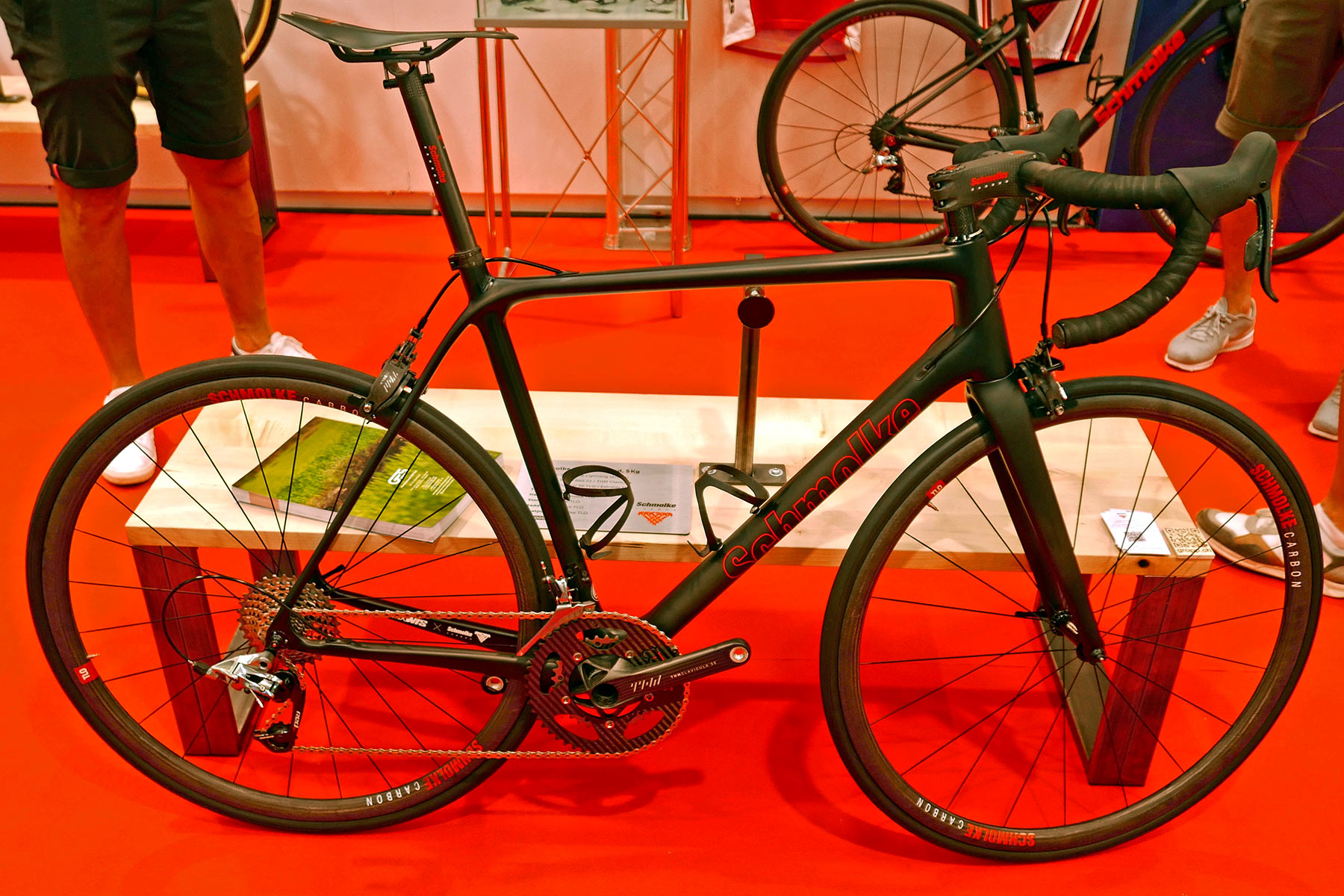 Want to go even lighter? Stefan Schmolke will build you a 5kg complete bike with rim brakes for about the same price, just like he rides. But maybe act fast. Schmolke’s lightweight drivetrain of choice is still SRAM Red 22 mechanical with THM Fibula brakes. SRAM is still selling him the groupsets (at about the same cost as Red AXS apparently), but we can’t imagine that will continue for too long. 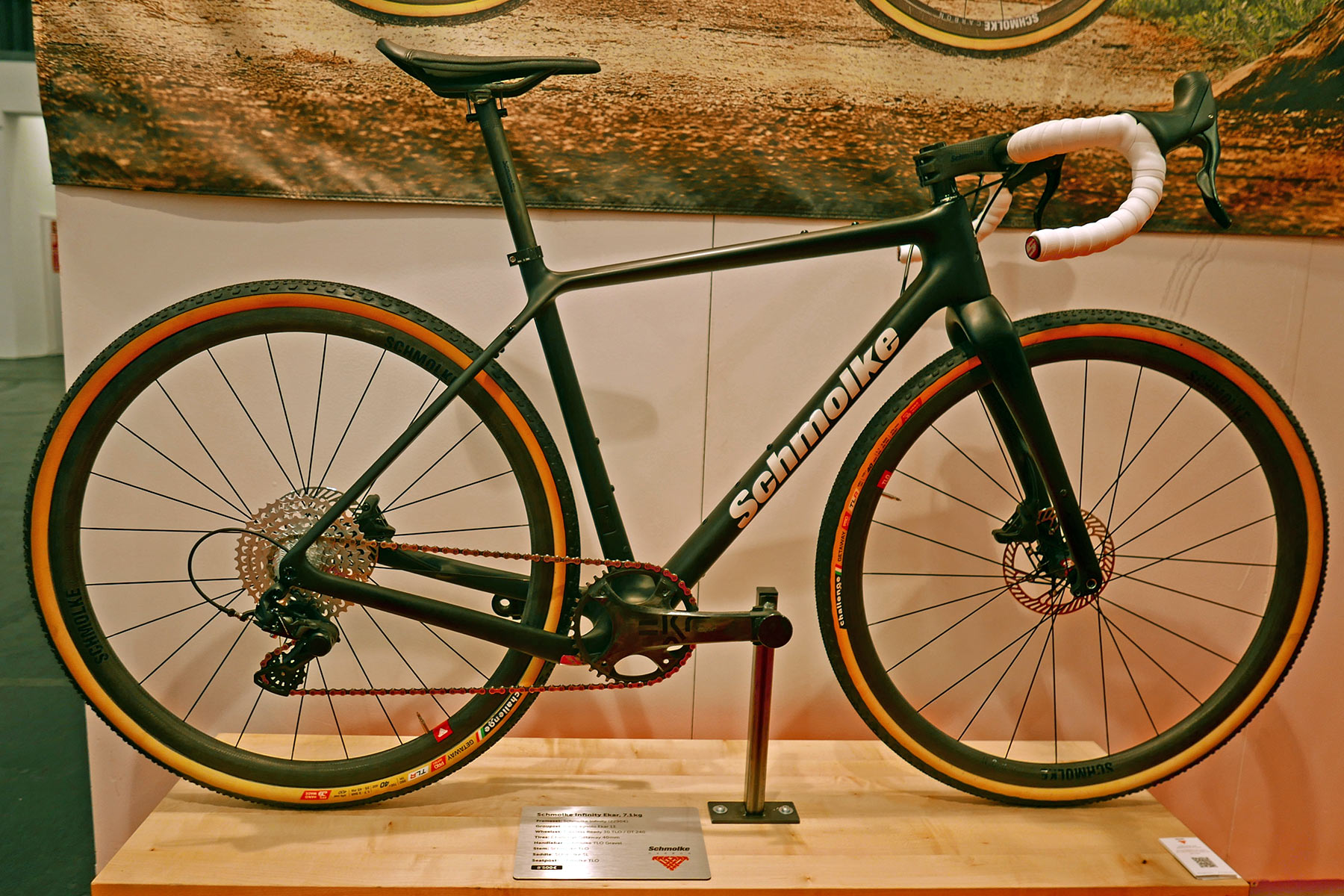 The Schmolke x WiaWis collaboration also does gravel, as well. Their 8500€ Infinity Ekar weighs just 7.1kg built up with a Campagnolo Ekar 1×13 groupset, tubeless-ready Schmolke 30 TLO wheels on DT 240 hubs, Schmolke TLO bar/stem/seatpost, and an SL saddle that even offers a bit of padding for you.