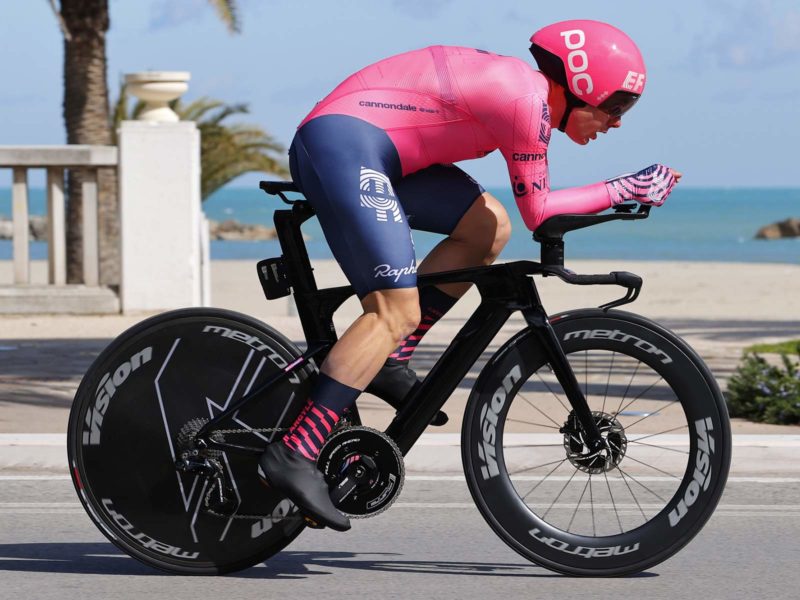 Is this unmarked prototype a yet-to-be-announced Cannondale SuperSlice Evo – a refresh to the American bike brand’s elusive time trial bike? When Vision teased us with their upcoming “world’s lightest” tubeless carbon disc time trail wheel being raced at Paris-Nice by EF Pro Cycling, I wondered why the guys weren’t racing a disc brake Cannondale TT bike. It seems like a new bike was already in the works, with it getting some World Tour testing ay both Tirreno-Adriatico & the Volta a Catalunya in recent weeks… 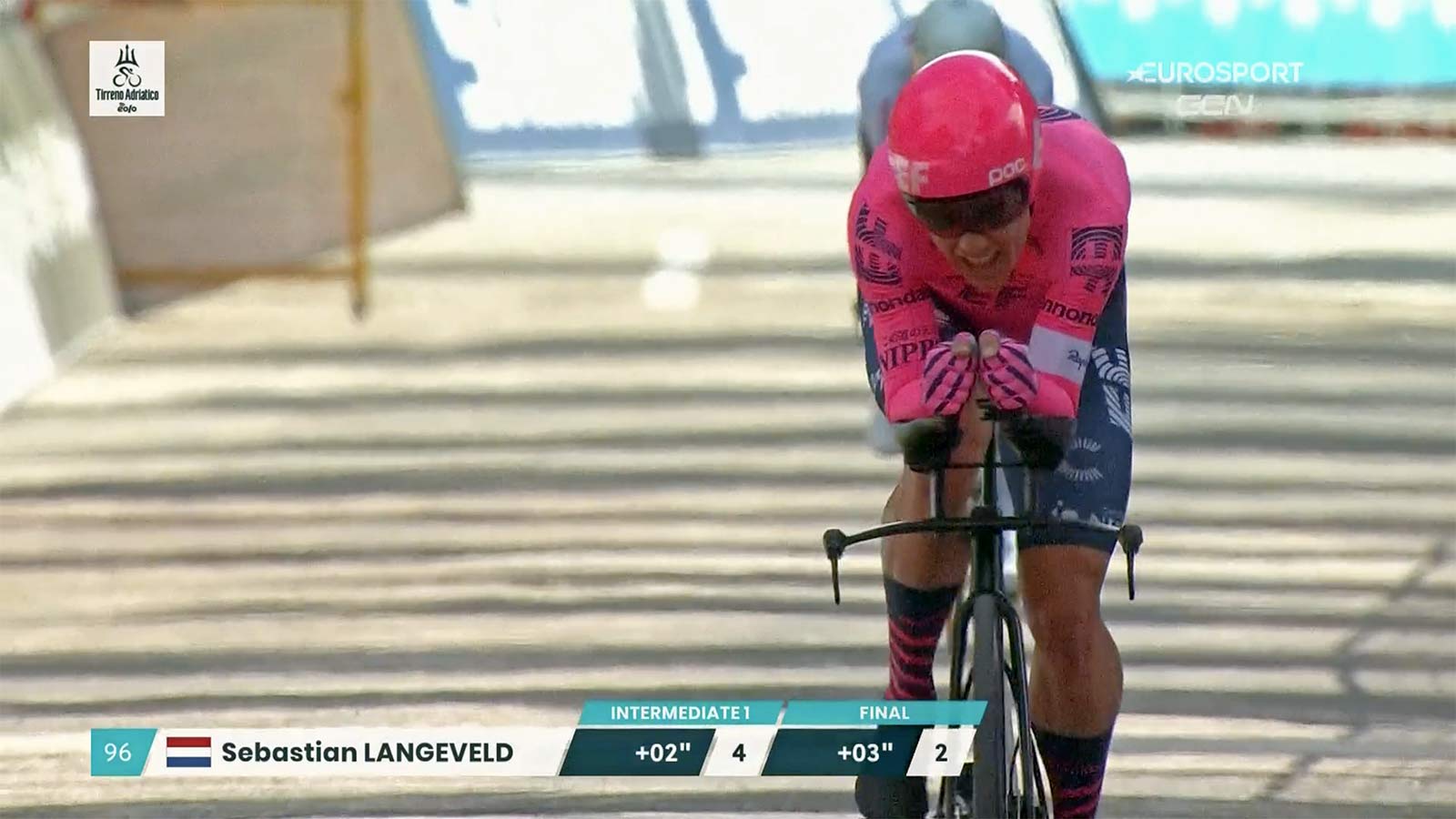 The current disc brake version of the Cannondale SuperSlice is SuperRare. Neither the newer disc brake TT/triathlon bike nor its earlier rim brake sibling are officially available on the Cannondale website, simply getting a hidden placeholder landing page that highlights it race pedigree. While the Valcar-Travel Service women’s team generally race the disc brake version, EF Pro Cycling‘s men have mostly been on the rim brake bike. 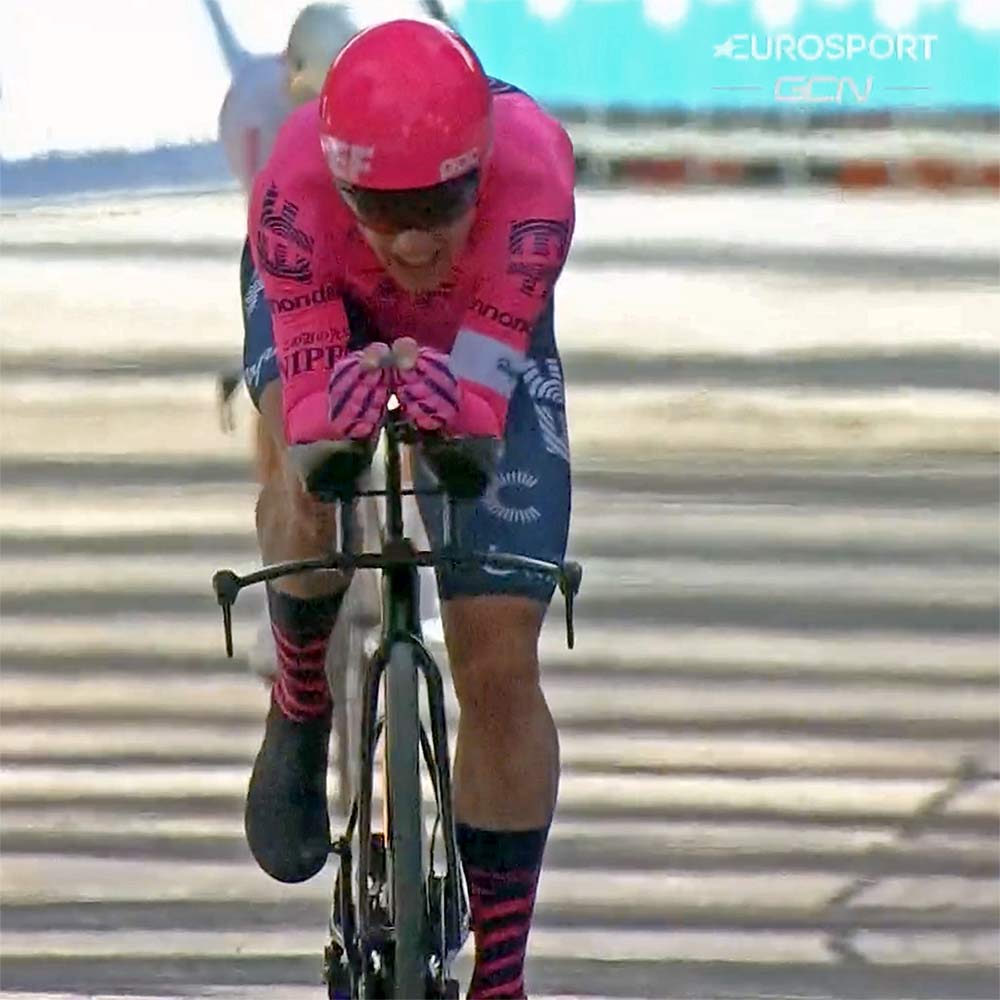 That has started to change it seems, as Sebastian Langeveld was spotted racing the Tirreno-Adriatico individual time trial on this new unmarked Cannondale. And it certainly looks familiar, bearing a striking resemblance to Cannondale’s recent aero road SystemSix…

What we know about the new prototype? 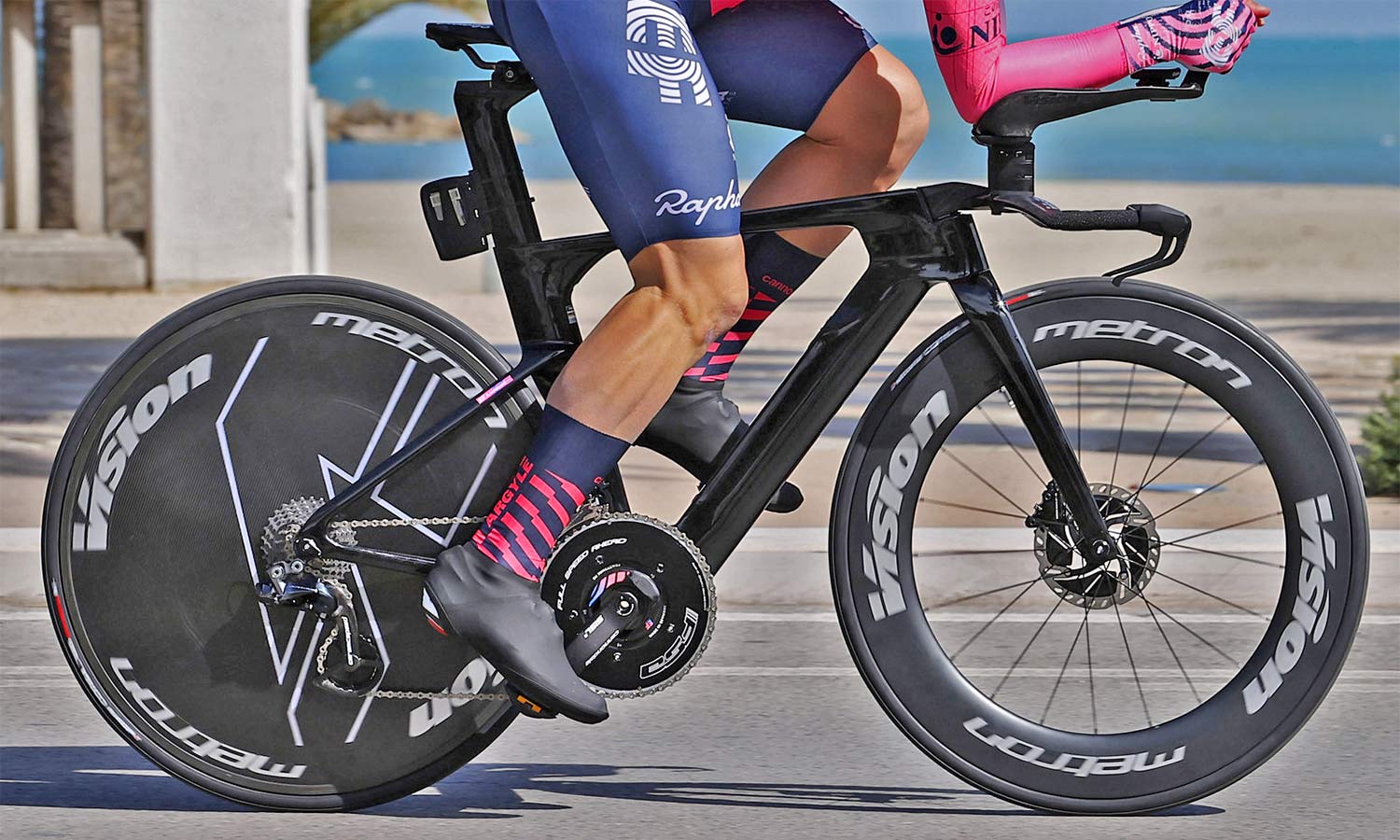 While not a direct recreation, the rear end of this prototype SuperSlice – with a slightly sloping toptube, dropped seatstays, a deep cutout seattube & deep aero post – strikes a similar profile to the versatile SystemSix, which Cannondale called the “fastest road bike” when it debuted three summers ago.

Up front, the new TT bike looks more simplified, with a much lower Stack height! It drops the stem down onto a lower upper headset bearing inset into a tiny headtube. But at the same time, the still thin fork legs transition into a crown that becomes separate from the downtube, which now pulls back away from the front tire.

Interestingly, the bike does appear to include a UCI-approved sticker on the seattube, but is not yet in the UCI’s current List of Approved Models of Framesets (only 11 new bikes have been added so far in 2021 from all producers.) 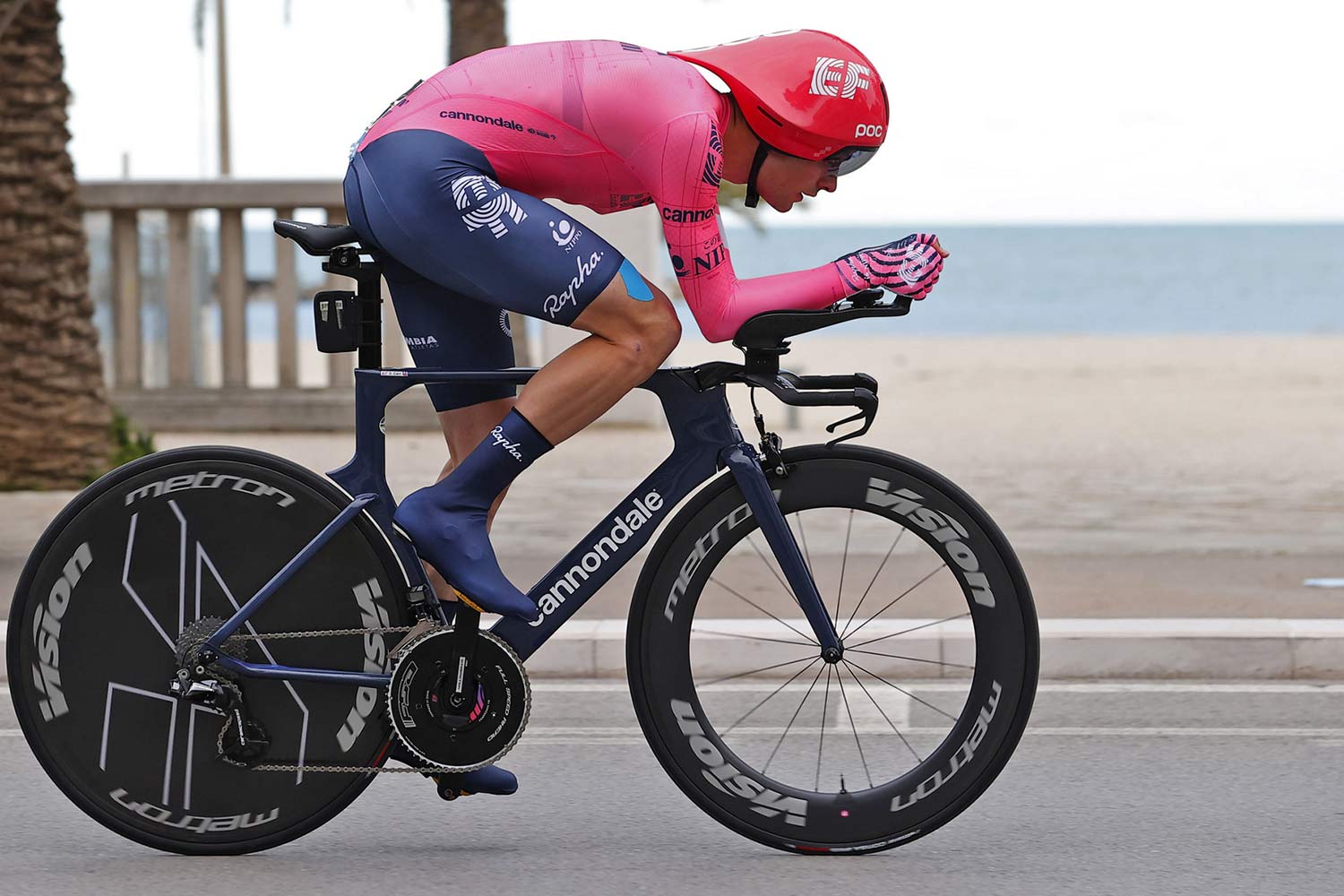 Clearly still in the semi-secret testing phase, Langeveld was the only rider at Tirreno-Adriatico on the unmarked bike. The remainder of the EF team (like Simon Carr, above) were still racing the older rim brake version.

All of them were racing that new “lightest ever” Vision Metron TFW (the fastest wheel) tubeless disc rear wheel which will be available later this summer to riders with plenty of disposable income! And they all look to be racing Vision’s uniquely sculpted new carbon Metron TFE (the fastest extensions) Pro aero bars.

But the disc brake prototype keeps popping its head up every once in a while. Just last week Rigoberto Urán was again racing on one of the new unmarked disc brake TT bikes at the Volta a Catalunya.

So it looks like a new, next gen Cannondale time trial bike is coming soon!

Pffft… I’m holding out for the UltraSlice DeVo X. Waay stiffer, bigger motor, and comes with 2 built-in batteries for ultimate power savings to keep your legs fresh for the run. The bike for “after aero”.