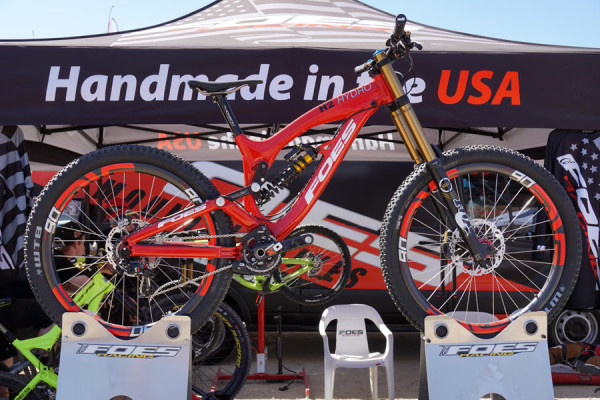 If there’s anyone that can make aluminum just as sexy as carbon, it’s Brent Foes. With so many years of experience building smoothly rounded monocoque frames, it’s no wonder the all-new Foes Hydro H2 downhill bike is such a looker.

The new frame was designed and built for 27.5″ wheels, keeping the 8″ of travel and plenty of room for 2.5″ tires. The 2.3:1 leverage ratio lets him use a lighter spring so it’s more supple, but the linkage makes it a rising rate to ramp up smoothly towards the end of travel.

Frame weight dropped by about half a pound compared to the 26″ model, with a claimed weight of 10.5 pounds with a Cane Creek Double Barrel. Brent told us this one was 36.5lbs as shown. 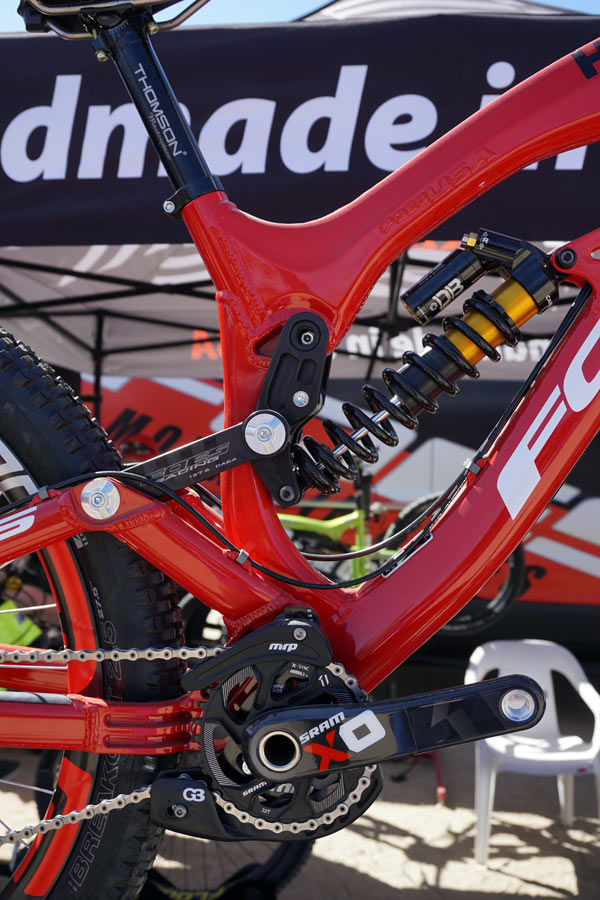 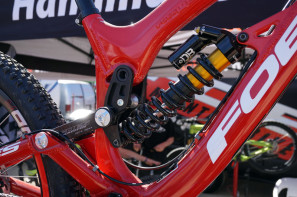 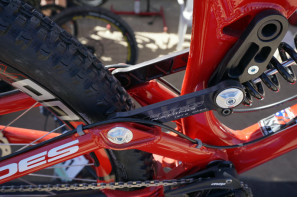 They stopped making the Curnutt shocks in 2014 once the patents ran out. Originally, he made them because he could perfectly match the shock tune with his frame designs. Now, Brent said that shock tech has come along so well that it ended up being better to just let the customer choose what shock they wanted. 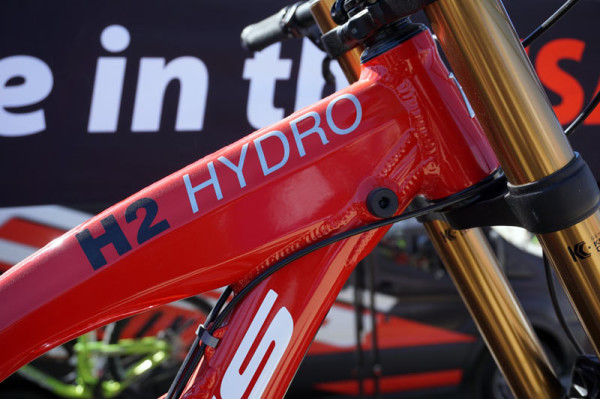 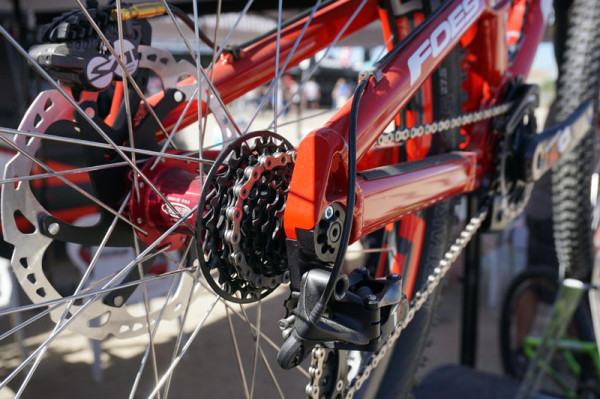 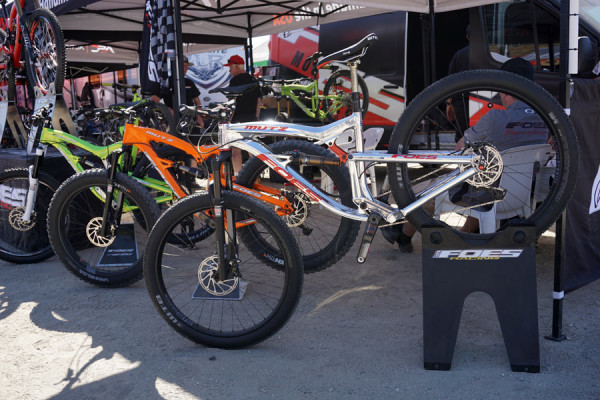 Introduced at the beginning of the year, the Foes Mutz fat bike gets 5-5.5″ travel. If you’re not blinded by the chromed finish, notice that he’s converted that one to a 27.5+ bike. Heck, it could probably even handle 29er tires and a bigger fork if you *gasp* needed to reduce your quiver to just one trail bike. 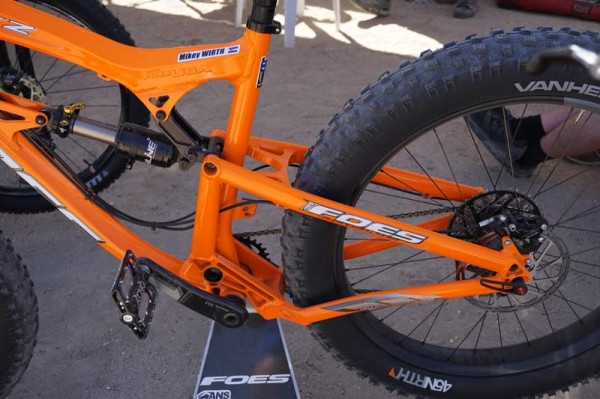 Curious how he turns flat sheets of metal into these beauties? Check out our factory tour!

Foes fat bikes are the best. Full suspension makes all the difference. They climb as well as any Enduro bike, and downhill like nothing you’ve been on before.
You’ve got to ride one to believe it.