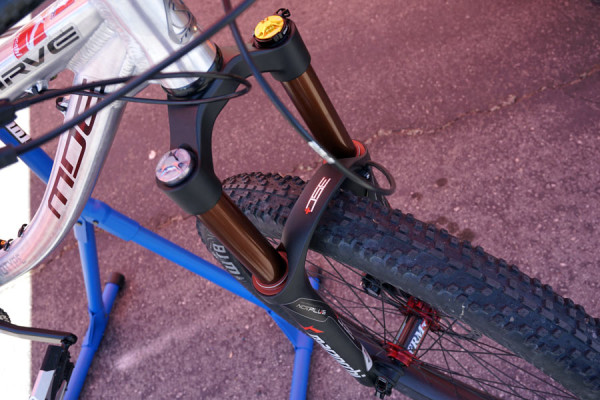 Like Fox’s plus fork, the dropouts were pushed out 10mm, but there’s more room up top. Marzocchi spaced the legs 13mm wider to accommodate up to 27.5 x 3.5 tires, or a 29 x 2.5. The damping offers a litte bit more support, but the internals are all the same across the R, CR and NCR versions.

It’s around 100g heavier than a standard 350 because the crown and arch needed to be stiffer not just for the wider stance, but also because the higher traction the tires produce needed better lateral stability. Weights, travel and more tech below… 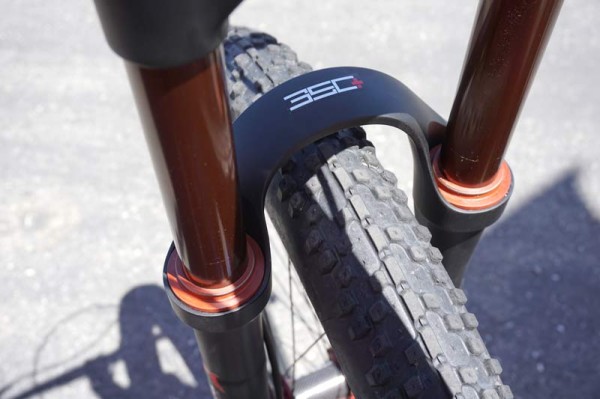 The arch is noticeably larger on the 350+ fork. 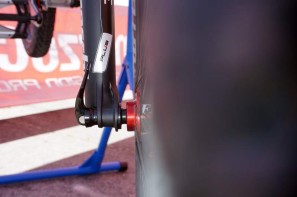 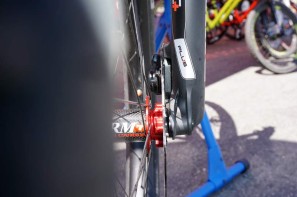 Note the slight inset to the dropouts, which means more room up top. 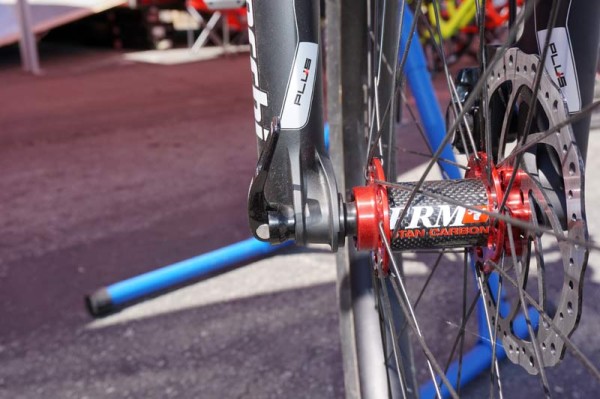 Based on the build, there’s a new FRM hub for 110mm front spacing. 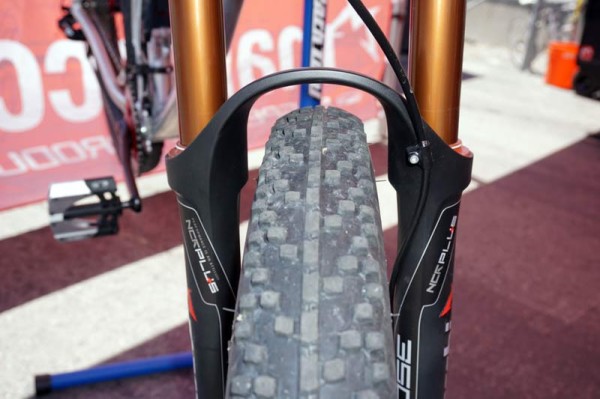 The WTB Trailblazer 2.8 looks small inside it.

Travel options are 140mm and 170mm, each able to reduced by 20mm with included spacers. Claimed weights are:

The stanchion diameter (J) should be 35mm, not 15mm as printed. The chart indicates more than 13mm increase in width between stanchions, but 13mm is the number we were told. Either way, it’s more than just the 10mm increase to accommodate the Boost 110 front hubs. 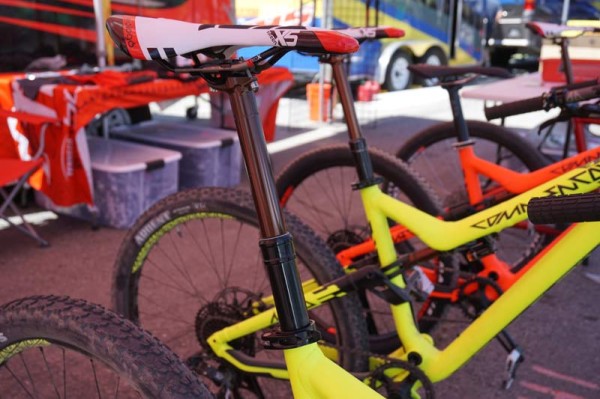 First shown in its finished form at Taipei show, the Marzocchi Espresso Push Dropper now has ship dates and final details. After a little spin around the lot, I can say it has a very nice feel, easy to control the positioning on the way down and a bit slower return so it doesn’t smack your underside. If you like a quicker return, you can adjust it by adding more air. That will also change the effort (weight) required to compress the post.

It’s a keyed system internally to prevent rotation, and there was minimal play evident on the demo models…no more than any other post out there, and the action was very smooth. 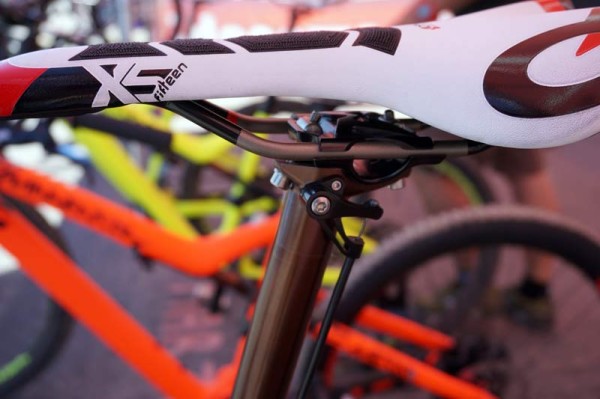 Travel is 125mm, setback is 15mm. The external remote fits the adjustment at the top of the stanchion. 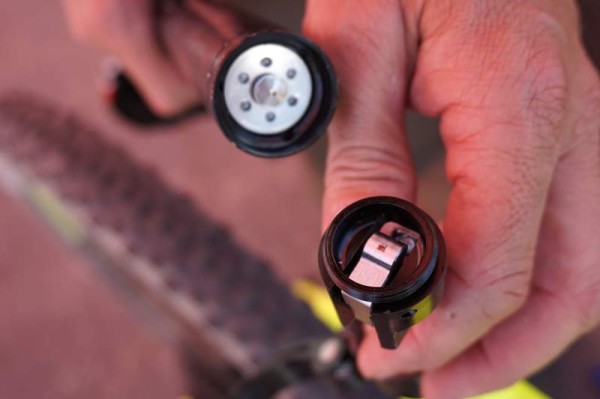 The stealth version uses a removable base with a lever. As the cable pulls, the levers moves up and depresses the button on the base of the post to actuate it. To adjust the air pressure, you remove the button top to access the Schrader valve.

Sadly I heard marzocchi is shutting down?!

Its the moto devision not the mtb devision.

Nahh, you crazy. A company that’s shutting down won’t force money into R&D

I wonder why they went with a setback post?

Bull*hit. Prove it. I can’t find these droppers available for pre-order anywhere, and a direct call to Marzocchi says “won’t come out until 2016 line”