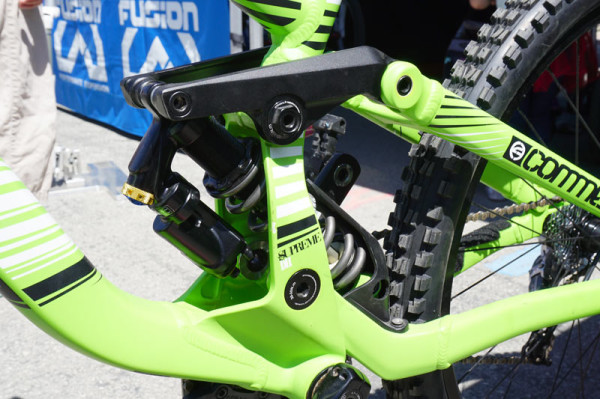 Before we dive in to what they’re doing, here’s what the IFP does: On an shock, the oil in the damping system has a nitrogen charged chamber on the opposite end of the air chamber. This helps push the oil back through the rebound circuit as the shock returns to it’s original position. The problem is, that back pressure works against the shock’s compression, creating a force that must be overcome before the shock can start moving. That means more force is required to compress the shock, which typically means small bump compliance suffers. Rockshox has combatted this with their CounterMeasure, which is essentially a negative spring for the damping valve. DVO uses a bladder system to eliminate the stiction a piston may have. X-Fusion’s approach is quite a bit different from either of those.

These Vector prototypes both have a dual IFP on the back of the piggy back reservoir, one low pressure and one high pressure. This is why it’s brilliant… 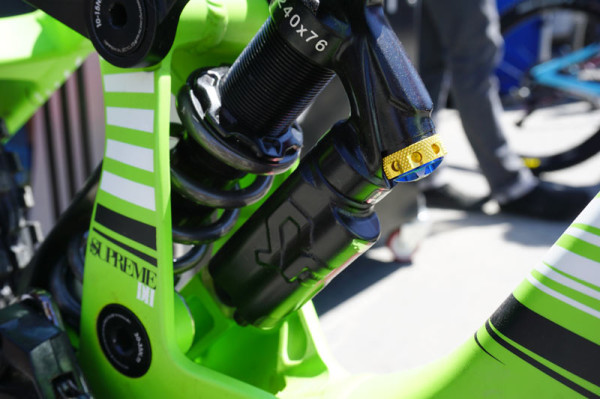 This dual chamber piggy back reservoir is an early prototype. The production versions will be a single tube.

The current single IFP is backed up with about 120psi. The dual IFP puts a much lower 50psi chamber up first, followed by a much higher pressure chamber that can be as much as 300psi. 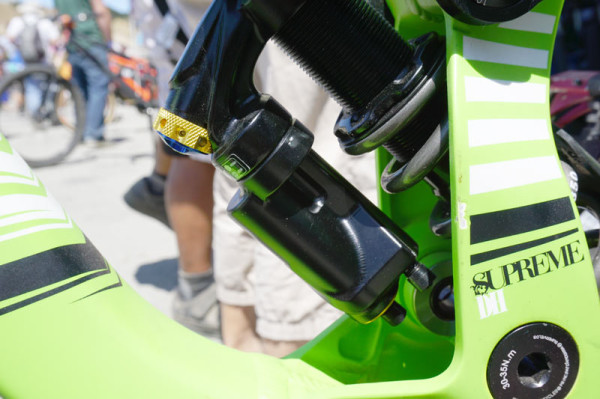 The benefit is that there’s very little  off the top. By dropping to 50pis, it drastically reduces the breakaway force needed to begin movement, so the shock moves into its travel much easier and is much more supple over the small stuff. That’s particularly important in air shocks and shorter travel bikes. 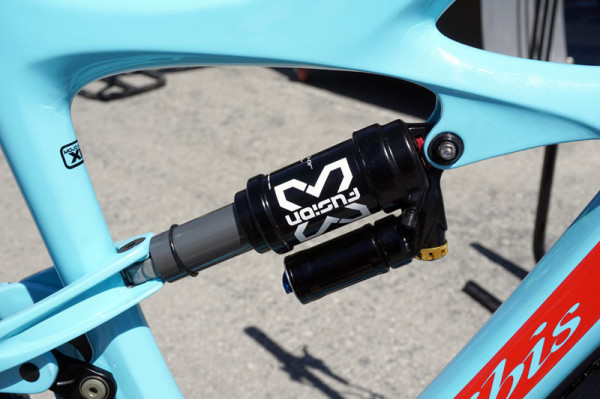 This is much closer to what the production versions will look like.

Technically, the chambers overlap, with the lower pressure chamber inside the outer chamber. 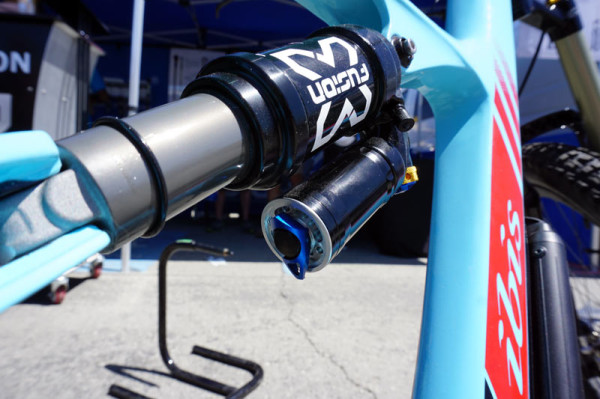 The blue knob lets you set the point at which the first piston hands things off to the second one, letting you control where it the travel starts to ramp up, generally between 60% and 90% of the shock’s stroke. They’re even working on a version that’ll let you fill the high pressure chamber with air using a shock pump so you can fine tune the ending stroke ramp.

I pushed on the shock in the demo lot and it was simply amazing at how easily it started moving into its travel. Granted, the air pressure in the shock must have been relatively low since I could compress it almost all the way through the travel just standing next to it, but there was no discernible stiction. Then, as it progressed deeper into it’s travel, the switch to the higher pressure system was quite obvious. From feel, it seems like it makes for much quicker responses throughout the first half to 2/3 of travel before ramping to avoid bottom out. The adjustable transition point is a good feature, and it’ll be interesting to see how smooth the transition is out on the trail.

The Dual IFP will be available as an upgrade option by early 2016 at latest, possibly by end of year, as the next evolution of the Vector Series air and coil shocks.