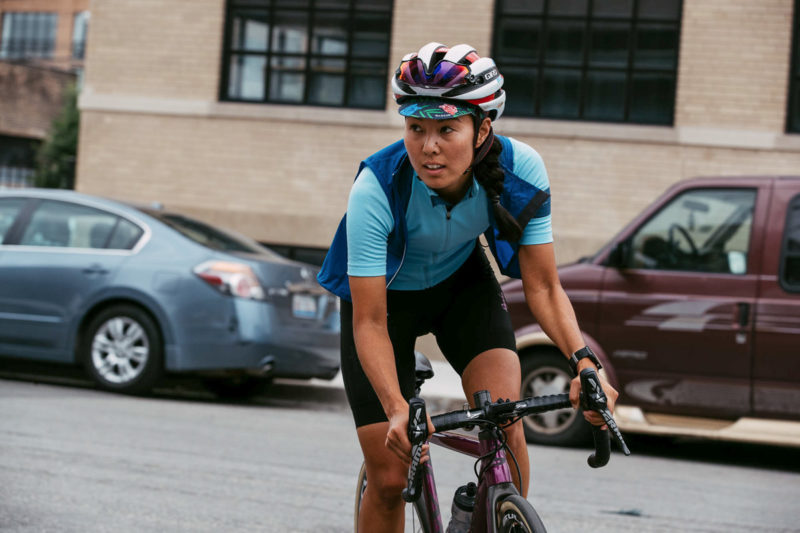 Strava announced two new milestones for their business: Hitting 50 million athlete registrations, and over 3 billion activity uploads. If you’re a user, this growth has led to more features for you – including the newly released Relative Effort metric. 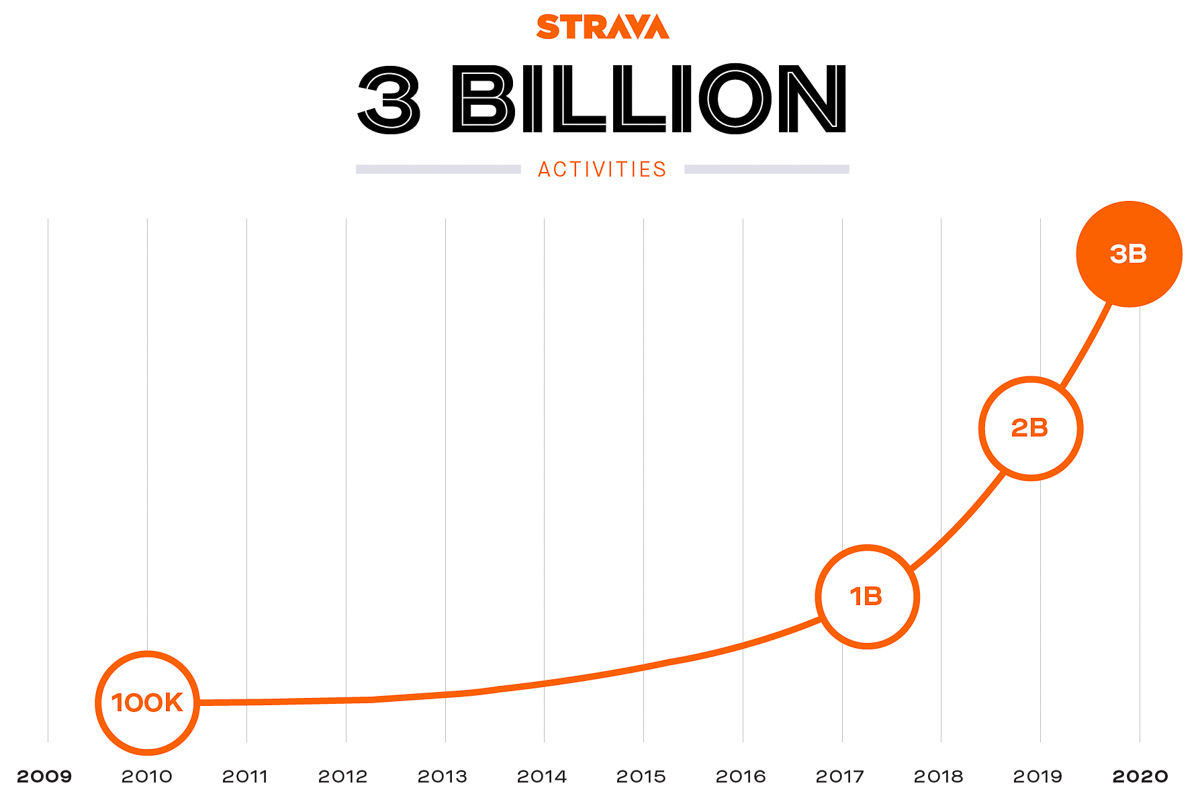 Strava’s growth was slow and steady for the bulk of its existence, but has shot up considerably in recent years. In fact, the 3-billion milestone was hit only thirteen months after crossing the 2-billion barrier.

“Since crossing the 2 billion activity mark in late 2018, Strava’s seen average monthly uploads increase by 40%. This includes 59% more activities uploaded by women, 46% more run activity uploads, and 41% more uploads from outside of the United States.” 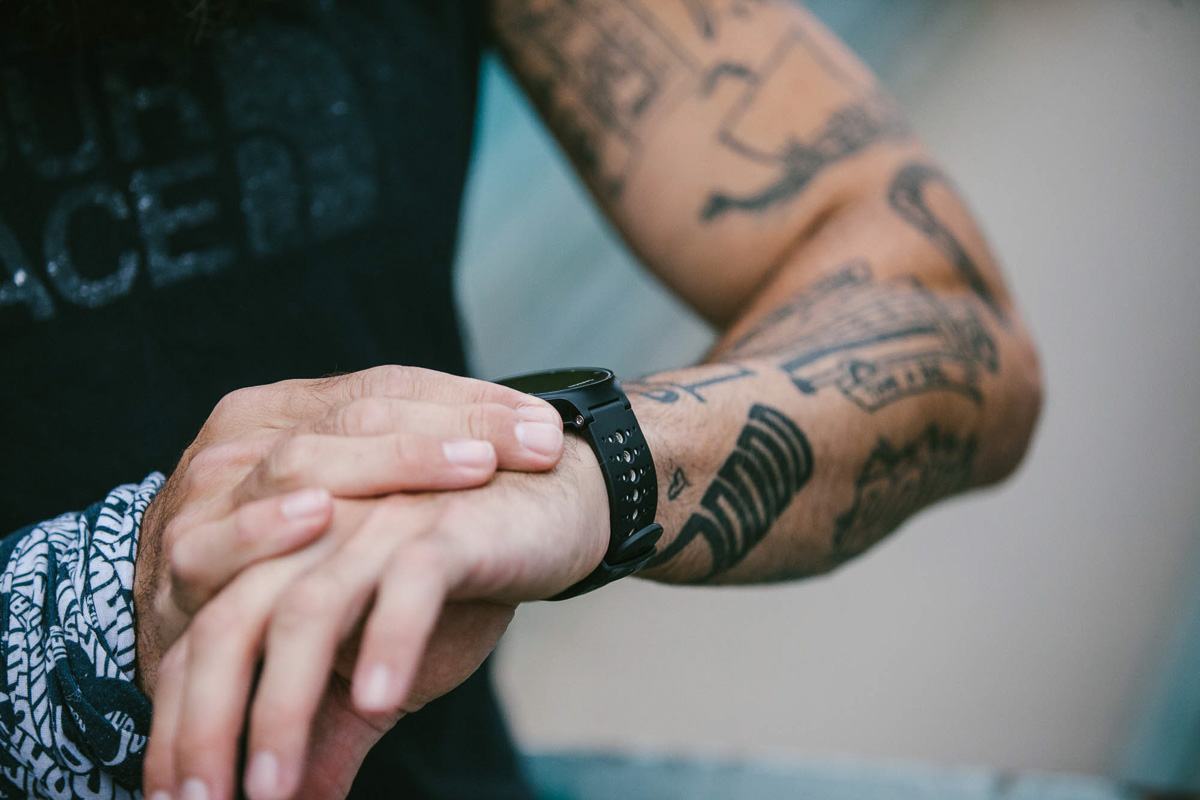 Here are a few more of their favorite stats: 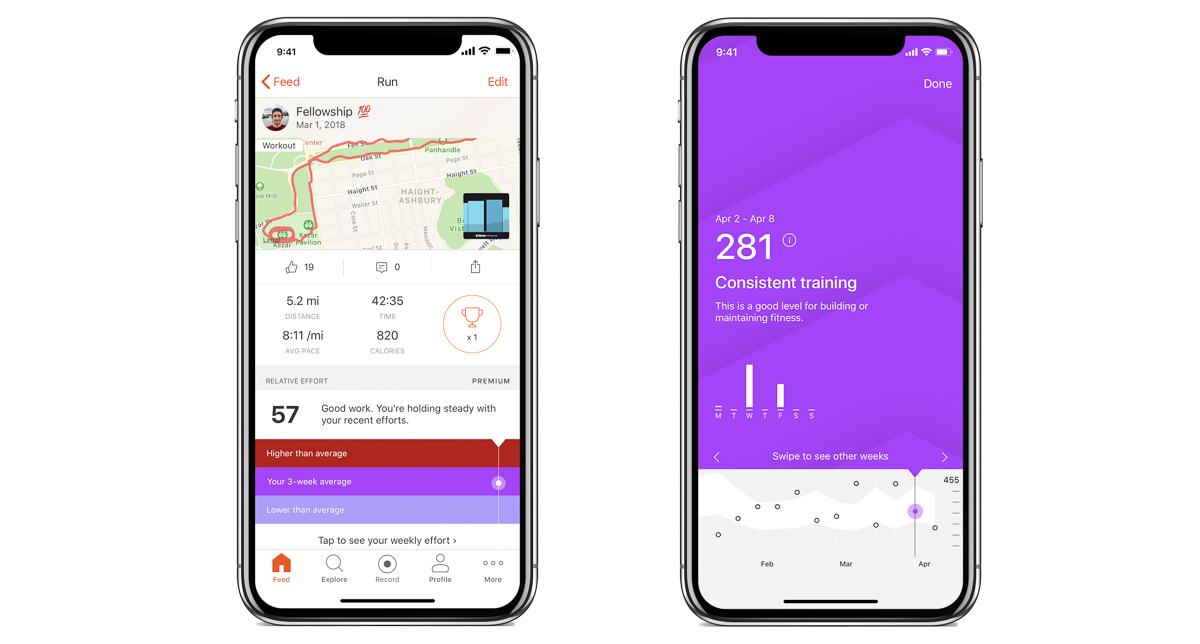 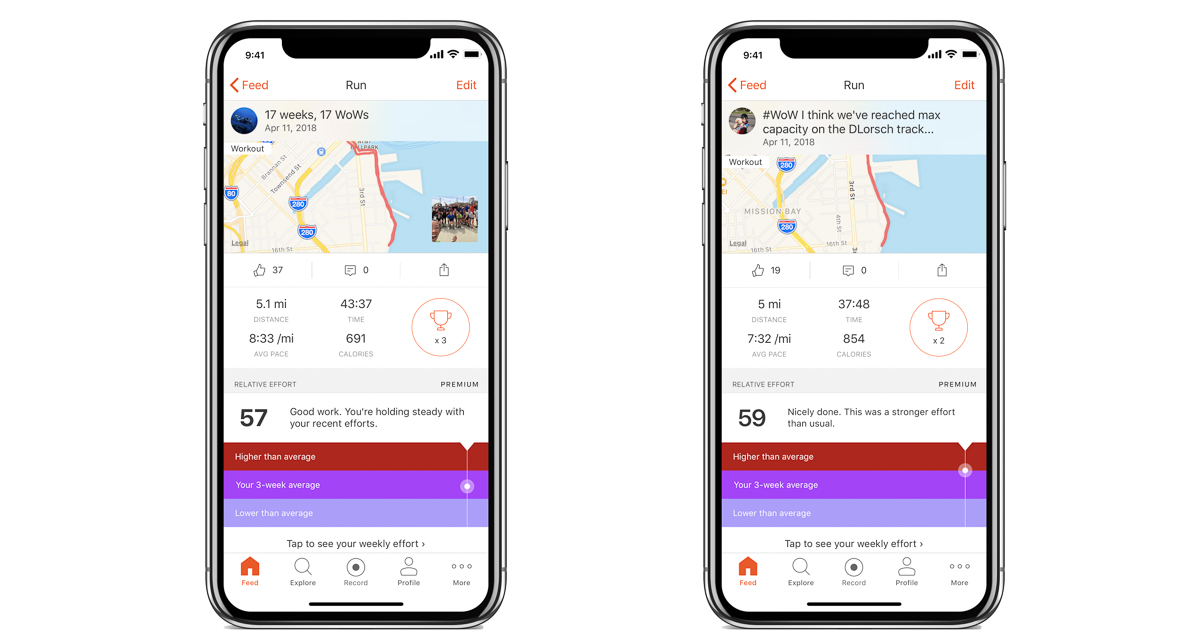 How was relative effort created – and what does it do?

“To develop Relative Effort, we started with the existing formula for Suffer Score and set out to transform it with input from sports-focused data scientist Dr. Marco Altini. Not only did we want to make it more precise for your runs and rides, but we wanted to make it compatible with all activities using heart-rate data, from a 30-minute interval session to a daylong excursion. We pitted the work against thousands of activities to create a model that could be applied to different sport types, and we tested it across a wide variety of athletes to make sure it would be accurate no matter your fitness level.

Running, riding, swimming, skiing, indoor rowing – anything you upload while using a heart rate monitor will work with Relative Effort and tell you how tough your activity was on a leveled playing field. Check out how one workout stacks up to the last or how strenuous it was compared to a totally different sport. Or measure your next group workout with a more interesting question than who was fastest – who really gave it their all?” 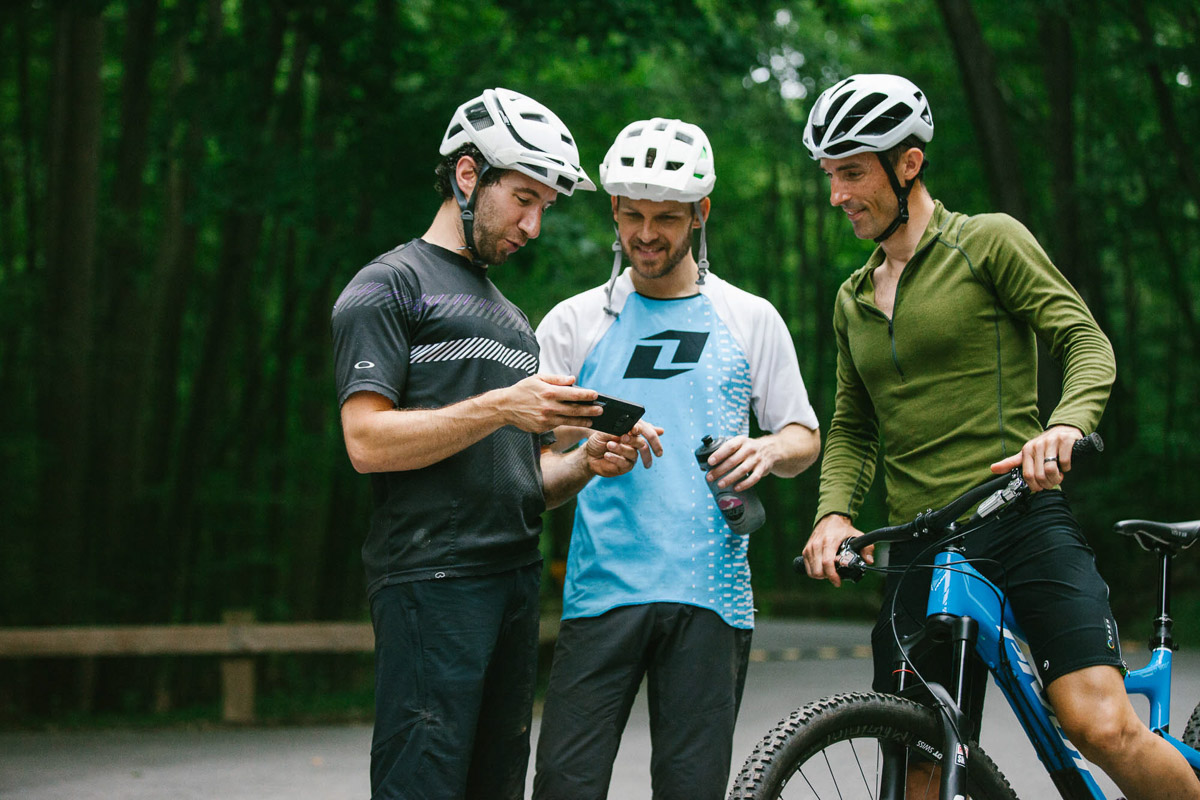 Finally, Strava announced the return of leaderboards to Challenges in February 2020, following a glitch that caused them to disappear in January. They’ve also expanded Challenges with additional activity types, such as triathlon, commuting, and a snow sport challenge.

But the user profile page is still fixed to display swim/bike/run stats even if you don’t swim, bike or run.

Strava is the same as Facebook. Toxic, unnecessary, poisonous, and useless. Truly the worst.
“Butbutbutbut I get all my trails in new cities from Strava!”
Tough. Go talk to a bike shop to get trail beta.

Please don’t “go to a bike shop to get trail beta” unless your goal is to be annoying. Thank you, Shop Employee.

Do your job. People always say, support your LBS or they will go away. This kind of comment makes people not want to go into your shop. And guess what, when they come in for trail info, they may also need a water bottle, or spare tube. And when they flat on their ride, they may return to have it fixed. Yep, its called living in the adult world and doing your job. — Customer who won’t use your shop

Wow, so many haters lol. If it was crap, they probably wldnt have 3 billion (billion) uploads? Its great, I get to benchmark my performance watts on training loops, track bike and component kms, training load – none of that good stuff manages to negatively impact my ride… Yeah, what a terrible evil app. Probably eats babies whilst we aren’t looking. A bunch 9f the commenters here must be the joy of every staff meeting hahahaha

If your social media is toxic it’s because you follow toxic people are have toxic traits yourself.

I am one of the 50 million…and have also suffered the Strava Stress creeping its way into my trail rides…I have since uninstalled the app to avoid the lure of trying to micro track my enjoyment.

They would have more uploads if they could fix their minds body integration.

10 years and never felt the need to sign up.

There should be a metric that shuts down segments on shared/multi-use paths. I lost count how many accidents (deleted) bikepathletes cause every year going for the top of leaderboards or personal bests, and some very serious injuries resulting because of them. Doing 30mph or more at threshold around peds and other path users is so damn careless.

roadstain
Reply to  K-Pop is dangerous to your health

How about bringing back damn in-app HRM tracking?

Sounds like strava isn’t for you guys, so why read an article about it? And then take the time to comment on that article? You could be reading about things that you DO like. I hope you find joy.

I actually do enjoy Strava but am not willing to pay for premium/summit any longer because there are long standing requested changes with many upvotes (such as allowing users to pick their sports instead of being stuck with swim/bike/run) that aren’t getting any attention.

So I’m taking this opportunity to post disappointment since participating on their feature request forum doesn’t seem to work. Maybe more public complaint will get some attention.

Just as UCI is looking at getting rid of power meters, I would LOVE it if there were some “Strava Free” days at the local MTN trails. So many crashes searching for a KOM…it is just silly (no, I do not have a Strava account).

If you dont like competition, dont compete. Not everyone gets a trophy in the real world

really hoping this is sarcastic

I just wish that I could use their app to see how fast I am going at a given moment not just my average speed for the ride. Same thing goes for heart rate. Kind of ridiculous that you can only get average values for those measurements

Jeff, you can see your speed at a given moment if you log in to the website. Go to Analysis for a given activity. I don’t use heart rate so I can’t comment, but I would assume there is similar data available.
There are a lot of features on the website that aren’t on the app that get missed.

I am referring to while I am riding on the dashboard Speed would be nice but the heart rate is crucial when trying to maximize efforT on climbs and things and not going into the red. I know other apps can do it and that is what I have resorted to but it would nice if Strava could just display it. They are taking the measurement every few seconds during a ride anyways, so why not display it.

Racing was better in the 70s.

Steel is in fact real, I also own a carbon bike. I also like Strava.

The whole article reads like a Strava advertisement. I wonder if #Bikerumor! have been paid, by Strava, to write it.

Nope. As we’ve pointed out before, we would specify if that was the case. Just reporting the news.

I hate the social strava. I cancelled all my social media as it is pollution for my mind but anything to hurt Peleton brand is a good thing for me…

If only Strava would do more with the ride analysis. Would be happy to stop sharing my data with TrainingPeaks

I would love it if Strava would add more functionality to the mobile app, such as being able to see fly-bys, update and manage stats (FTP, weight, etc.) and gear (bikes & such), or at the very least, stop displaying the pop-up to use the app when I use my phones mobile browser to use the Strava website.

I can’t speak for all the “I don’t use Strava, m’kay” folks, but I do think that with all of these ego stroking statistics Strava is claiming, and with all of the premium users out there (myself included), Strava could do more to add useful functionality to their mobile app and website as so many others have suggested. Quite a few regular Strava users have valid concerns or issues with the platform, yet Strava ignores them as well. It seems like their IT department is trying to race Garmin’s to the bottom of “make bank whilst doing as little as possible”.

Strava is STILL not MTB-ready – it’s map location icon still doesn’t have a pointer arrow to see which way phone is pointing – many times I come to an unmarked or poorly marked intersection deep in the woods, often at dusk or dark, or overcast, and have to pull up another app, like Trailforks or MapOut, to see which way I’m pointing. It’s the ONLY GPS app I know of that does not have this feature. The only reason I use it is for its locator beacon so my wife can see where I’m at on rides and doesn’t worry. One of these daze Trailforks and others will offer a locator beacon and Strava will no longer exit on my phone. I did try a free beta app a couple years ago with this feature, but wasn’t ready for backcountry use.