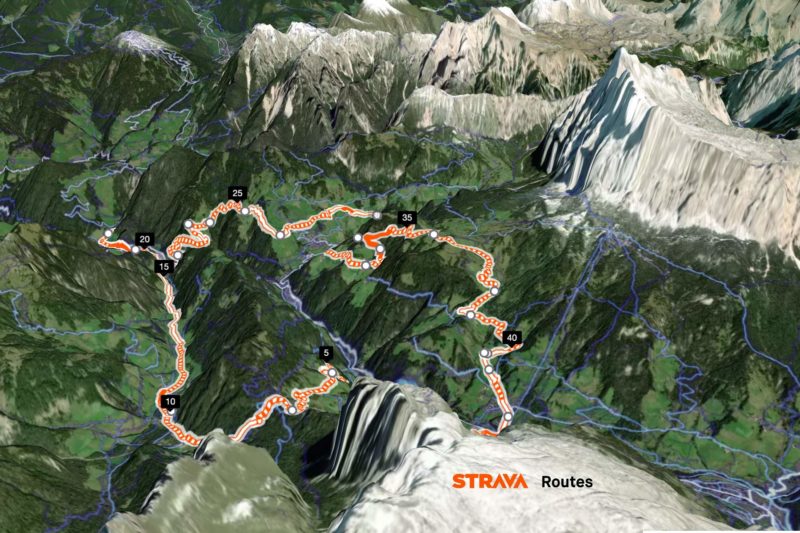 It’s too late to sign up to get picked for this year’s Tour de France, but if you want to qualify for next year’s peloton, you better start training.

That’s because getting sufficiently ready will require the equivalent of climbing Mt. Everest by bike 20 times, according to Strava. If that sounds like a big ask, you’ve got help: Strava’s researchers also created local routes to mimic TdF stages that anyone can ride.

The workout monitoring platform wanted to find out and highlight what it takes to prepare for the Tour de France and TdF Femmes, so it analyzed data it collected from pro riders this year. Starting in January, it found, Tour athletes covered at least 9,300 miles in distance while training for the race.

That’s the equivalent of cycling from the U.S. to Australia, and roughly the same as completing the Tour itself 5 times. The riders who trained the most cranked out a staggering 10,500 miles each (approximately).

Strava’s data also shows that, as you might think, the world’s best cyclists didn’t train for the Tour by just spinning their wheels on flat, easy bike lanes. Far from it: total elevation gain averaged almost 112 miles. Mt. Everest being about 4 miles tall, that’s north of 20 trips to the top.

To do it, cyclists put in about 400 hours in the saddle on average — 2 and a half months’ worth of standard full-time work weeks. The highest-volume performers clocked a punishing 600 hours. The longest individual ride during the data sample checked in at 186 miles. But it edged out countless others of more or less the same distance — Strava found riders averaged a similar ride about once a week.

If all that doesn’t sound heinous enough, Tour athletes actually dialed up the intensity in the weeks leading up to the race. Strava said some riders pedaled 30 hours a week shortly before the race, throwing down over 600 miles.

Finally, Strava’s data of course only accounts for what athletes decided to record on the platform. So the findings may only show a portion of the training among the 36 athletes it analyzed.

Want to train like a Tour de France or Tour de France Femmes rider? Strava’s got your back. Analyzing segment data based on distance and elevation, its researchers identified local routes similar to Tour stages, for everyday cyclists to test themselves against. Want to lean into TdF stage 12 in Alpe d’Huez? Check out Strava’s Little Cottonwood Canyon, Utah route. For stage 1 of the TdFF, which concludes at the Arc du Triomphe, do Brookly, N.Y.’s Prospect Hill Bomb.

Meanwhile, you can follow the 2022 Tours through Strava’s partnership with the race. To track the action, you can use the Tour de France and Tour de France avec Zwift race hub in the Strava app. There, you can access stories from inside the peloton, expert breakdowns of key segments, uploads from each stage, and insights into rider experiences.

You’ll still have to risk it to get the biscuit, but training for the Tour has perhaps never been more accessible. Then again, all you ever had to do was get on your bike and ride — the equivalent of 20 times up Mt. Everest, it turns out.

Would be cool see what kind or CTL you’d have to carry over certain periods of time to be a world tour rider in a grand tour. I’d wager that number would be astronomical.