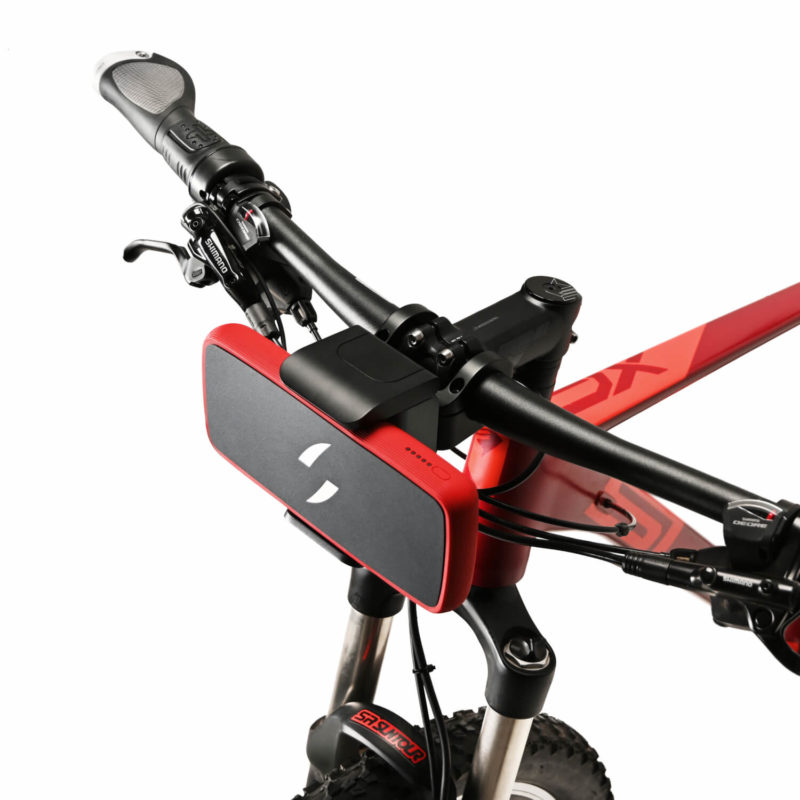 Do you want to ease your long bike commute but are unwilling to shell out for an ebike? Consider the Swytch electric bike conversion kit. It could be a great way to breathe new life into the busted-up old commuter collecting dust in your garage.

The Swytch Kit runs $449 (read, less than a ton of high-end bike components we could name), is rim and disc-brake compatible, and fits on almost any bike thanks to 13 available wheel sizes and a hub-only model. The company even has a kit compatible with foldable bikes.

Swytch estimates the conversion kit will allow users to travel at the cost of 0.4 cents per mile.

“Our new improved Swytch Kit is a game-changer. It is going to totally disrupt the eBike industry because it is so much lighter, smaller and more affordable than anything else out there,” said Swytch CTO and co-founder Dmitro Khroma.

A battery optimized for commuting

The kit’s primary selling point is the “pocket-sized” 36-volt, 98-watt-hour lithium-ion AIR battery. The AIR has a range of 9 miles and charges in about an hour. Even better, it weighs about 1.5 pounds. Swytch also sells a larger version (about the size of a tablet) with a range of 19 miles.

Recent American census data indicates that bicycle commuters only spend about 20 minutes (one way) on their commutes, so Swytch’s range should be long enough to meet that need.

The kit also includes a 250-watt geared hub motor wheel, a mount and bracket, a charger, and a pedal sensor. Swytch claims the system can tackle a 30-percent grade with ease.

The Swytch Kit is seemingly designed with bike neophytes in mind. The motor and wheel are a single unit, and step one of the installation is to remove the old front wheel and install the new one that comes with the kit.

The pedal sensor clips in easily near the pedals, while the motor bracket attaches to the handlebars with a hex key. Once all the pieces are installed, all it takes is plugging it all in and snapping the battery in place.

The Swytch Kit is sold out due to high demand, but interested parties can pre-order it here, with expected deliveries beginning early in 2023.

Is this hub motor the same one used by Hilltopper? Looks just the same, has the same voltage, and even uses the same too-big 10mm axle (WHYYYYYY??).

You need a 10mm dia axle with an electric hubmotor to retain enough strength where the motor wires pass through the tunnel in the centre of the axle, and also be strong enough to accept a torque arm to prevent the axle rotating in the frame dropouts, destroying the motor wires in the process..

There are multiple wheel sizes available. Choose the one that fits your bike.

You will receive a motor wheel that fits your bike. They have various options for different wheel and fork sizes and will double-check your bike model if needed.

Will you be making a post with your reviews along with pictures? Lately all of the reviews only use the stock pictures. I have yet to see someone do an honest review with the Swytch kit 2022 with on their bike and have photos to prove it.

I installed a Swytch Kit on my wife’s cruiser bike about a year or so ago. REALLY easy to install…and she is riding her bike SO much more! The range is no issue since she just uses it for errands within a few miles. I highly recommend it.

I’ve been working with 2 stroke motors for my cruiser bikes and have some ideas for the next project that will produce a bike that would blow these rentals away. For a modest amount of cash to produce something comparable to those high dollar rides.

What’s the point if using a 2-steoke motor for a bike? Instead you should buy an autocycle.