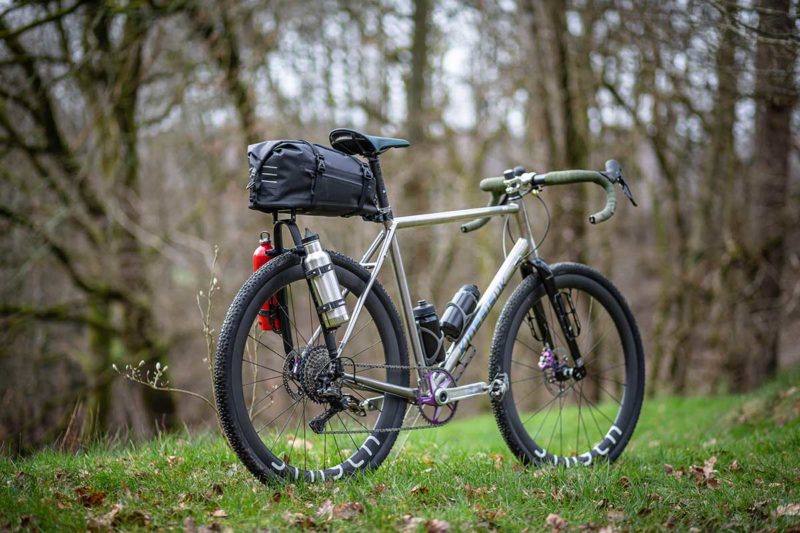 British bikepacking equipment manufacturers Tailfin have updated their Alloy Arch bike rack to increase its water carrying capacity massively. Two sets of triple bosses are added to the previously unused real estate either side of the arch, increasing the rack’s off-road maximum load by 6 kg.

What’s more, AeroPack owners can now increase their water-carrying capacity too with the new add-on AP Mount. Tailfin have been very busy indeed. On top of these updates is a new Tailfin Universal Thru-Axle plus custom Voilé straps to help you dial in your bikepacking setup for this summer’s on and off-road adventures. 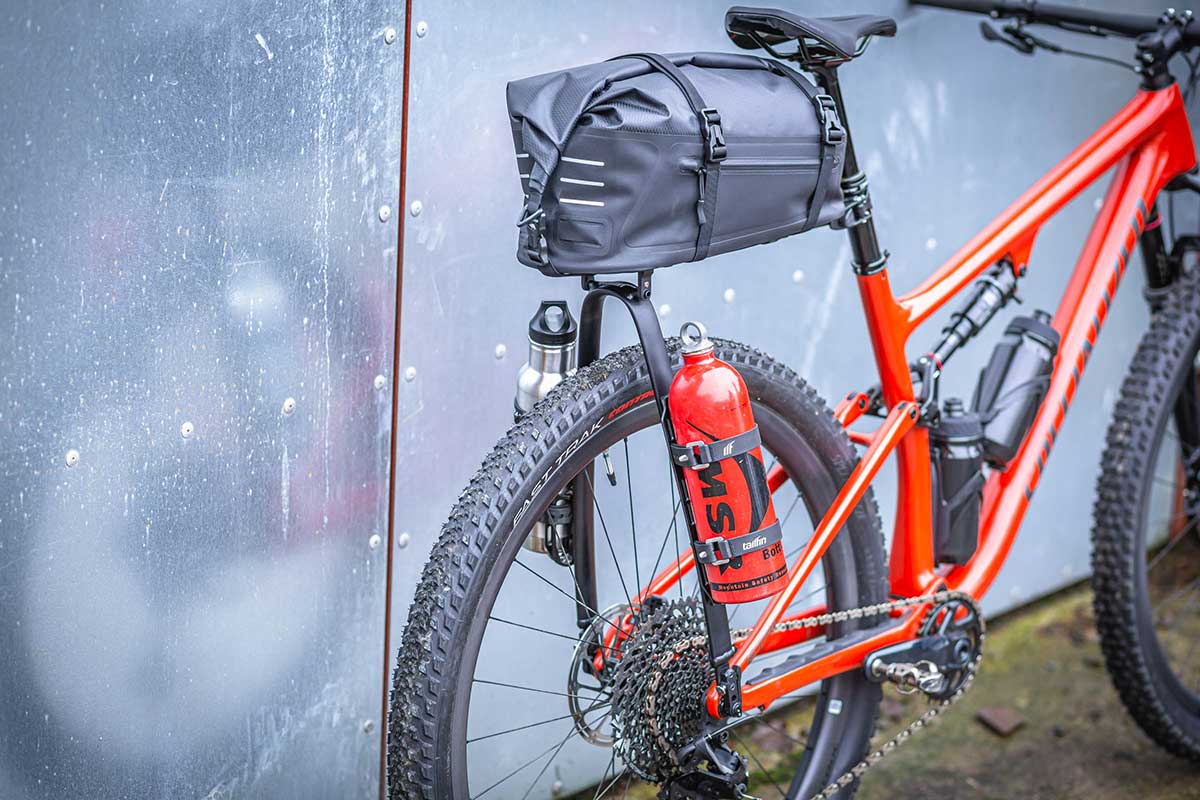 For owners of existing Tailfin rack systems the new Alloy Arch can be purchased separately.

The addition of two sets of triple bosses to the Tailfin Alloy Arch has increased its maximum load significantly. That means more water-carrying capacity and thus, fewer stops in civilization on your next off-road bikepacking epic. 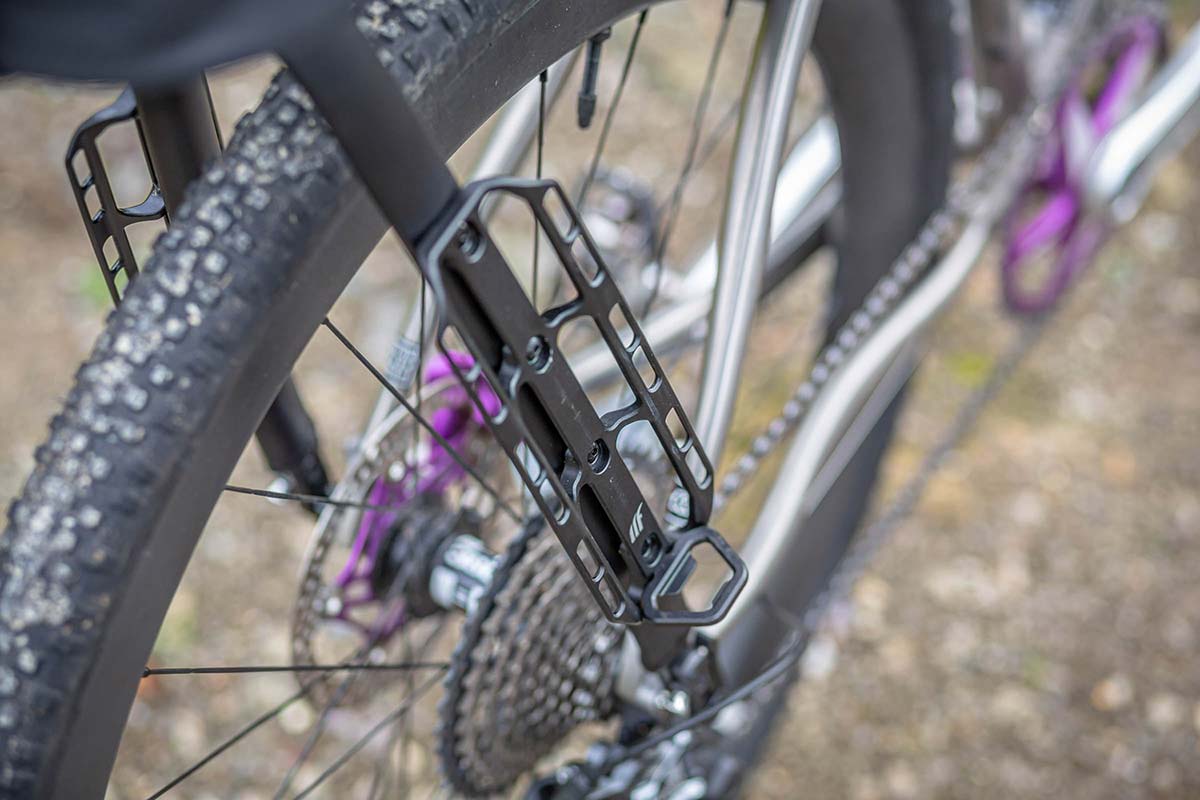 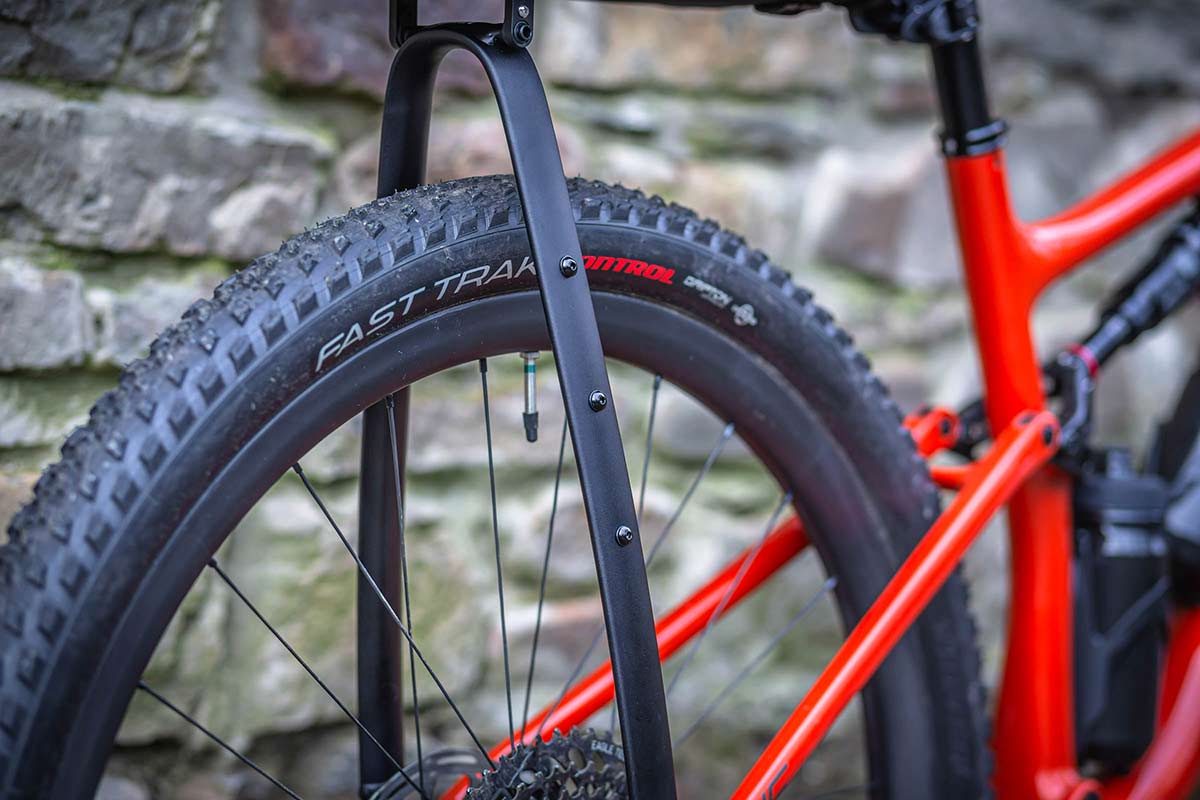 Tailfin have sweated the detail with this update to the Alloy Arch bike rack. Instead of using industry standard aluminium rivet nuts, the inserts are stainless steel. The result is a thread that is much harder to damage and an insert that is less likely to fail. The inserts also have an ED Black coating which inhibits galvanic corrosion, reducing the likelihood of the bolts seizing.

Tailfin have added a new mount for their AeroPacks. This is very much a fit-and-forget item for owners of the Tailfin AeroPacks and removable AP20 Trunk Top bags. It weighs a claimed 34g and is very low in profile. What does it do? It gives you an additional set of triple bosses for carrying more water at the back of your seat pack. 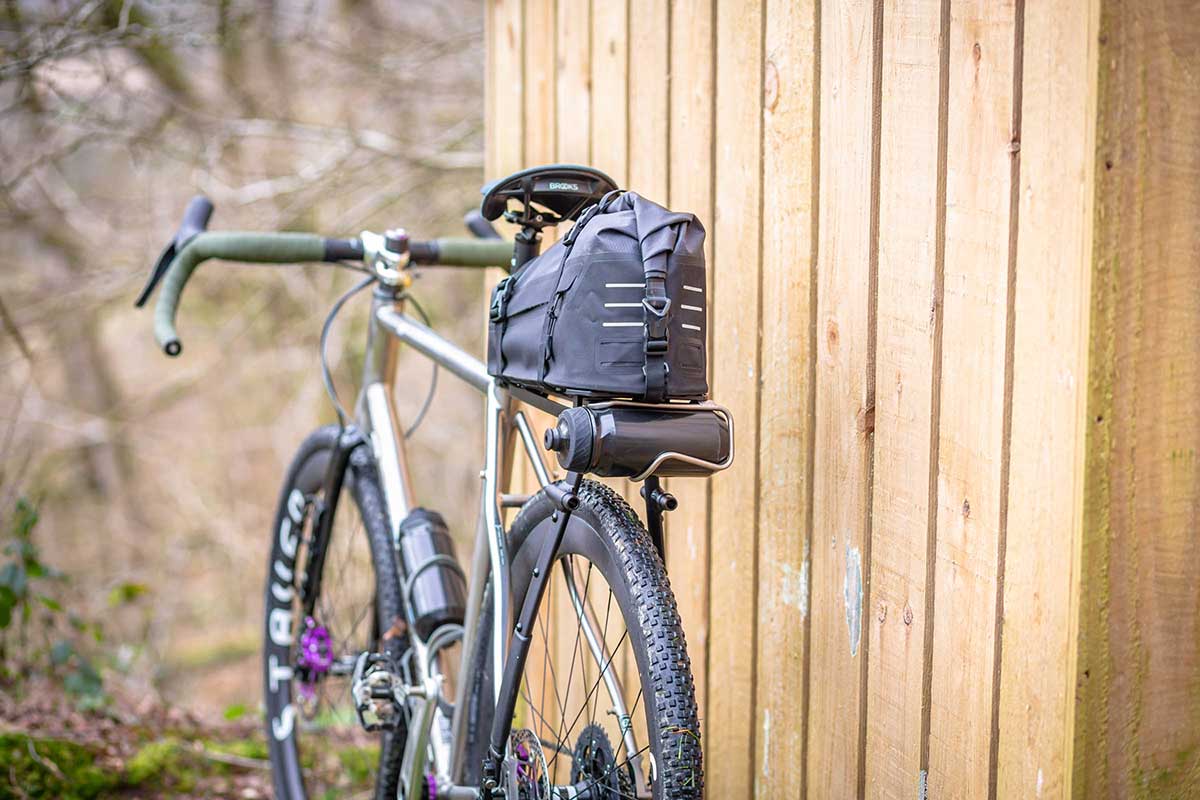 The AeroPack Mount is CNC machined from a single piece of 6061-T6 aluminium and finished in Tailfin’s signature black anodizing. The mount’s concave shape and double Voilé strap-compatible guides allow it to snugly carry a water bottle. 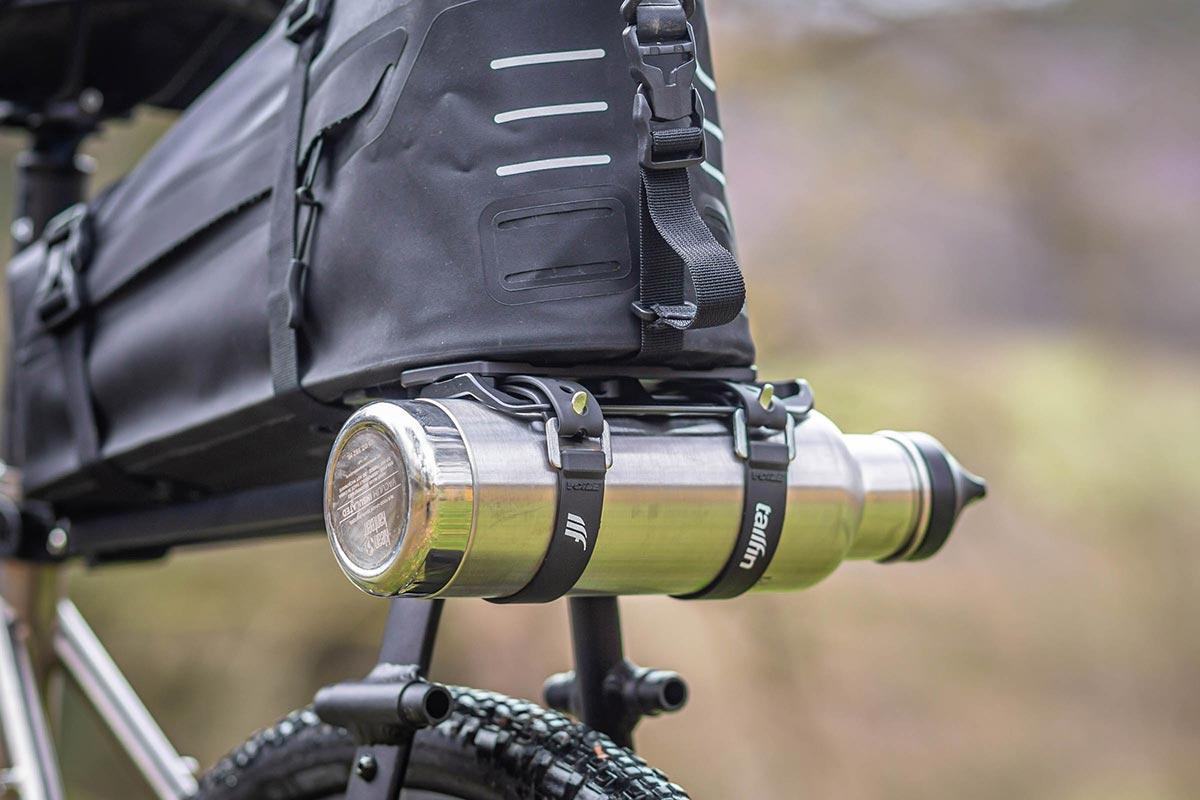 You don’t actually need rack mount eyelets to install a Tailfin rack to your bicycle. Their debut T1 rack was the original proof of this. The design involved swapping out the rear axle to offer up two solid mounting points. The idea was to combine those with a third mounting point provided by the Tailfin seat post clamp. 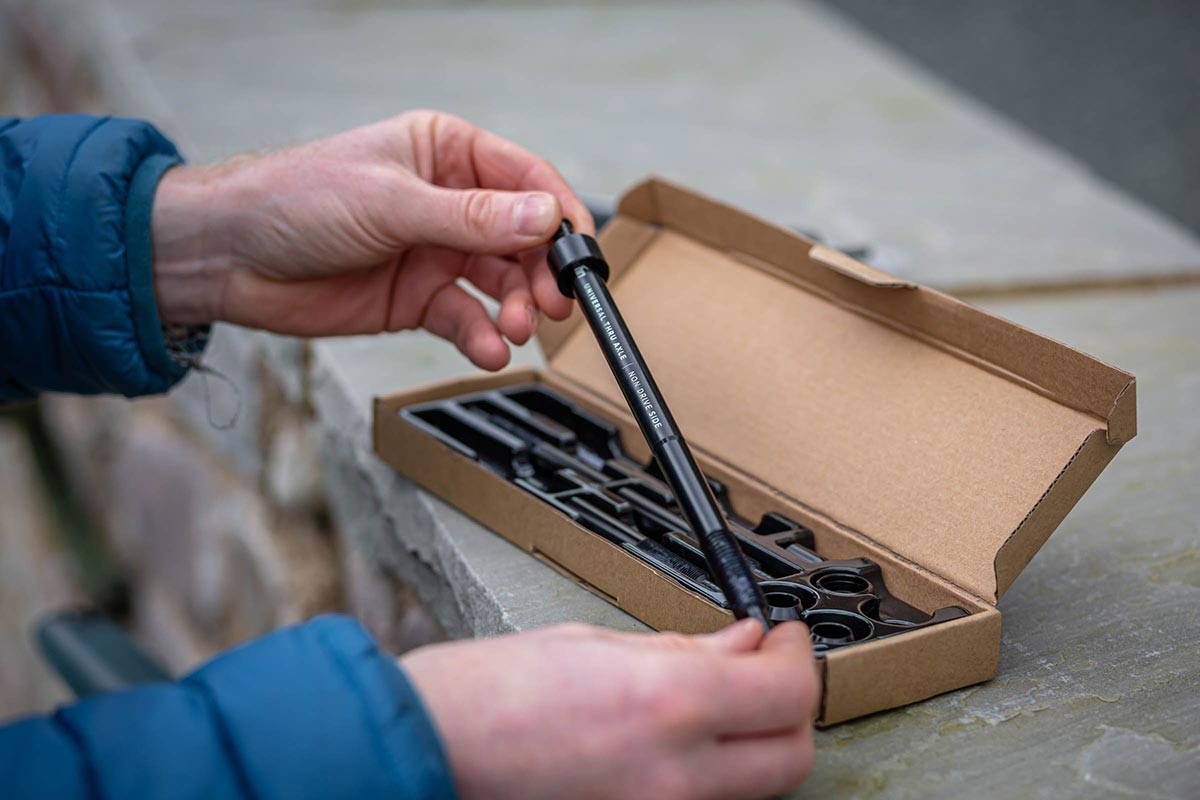 The 6061-T6 Aluminium Tailfin Universal Thru-Axle retails at $69, and weighs a claimed 65g in its smallest configuration

That was all well and good when many bicycles still used quick release skewers. Now, the thru-axle is the standard method of mounting a rear wheel. The British bikepacking brand have responded to this with the Tailfin Universal Thru-Axle. 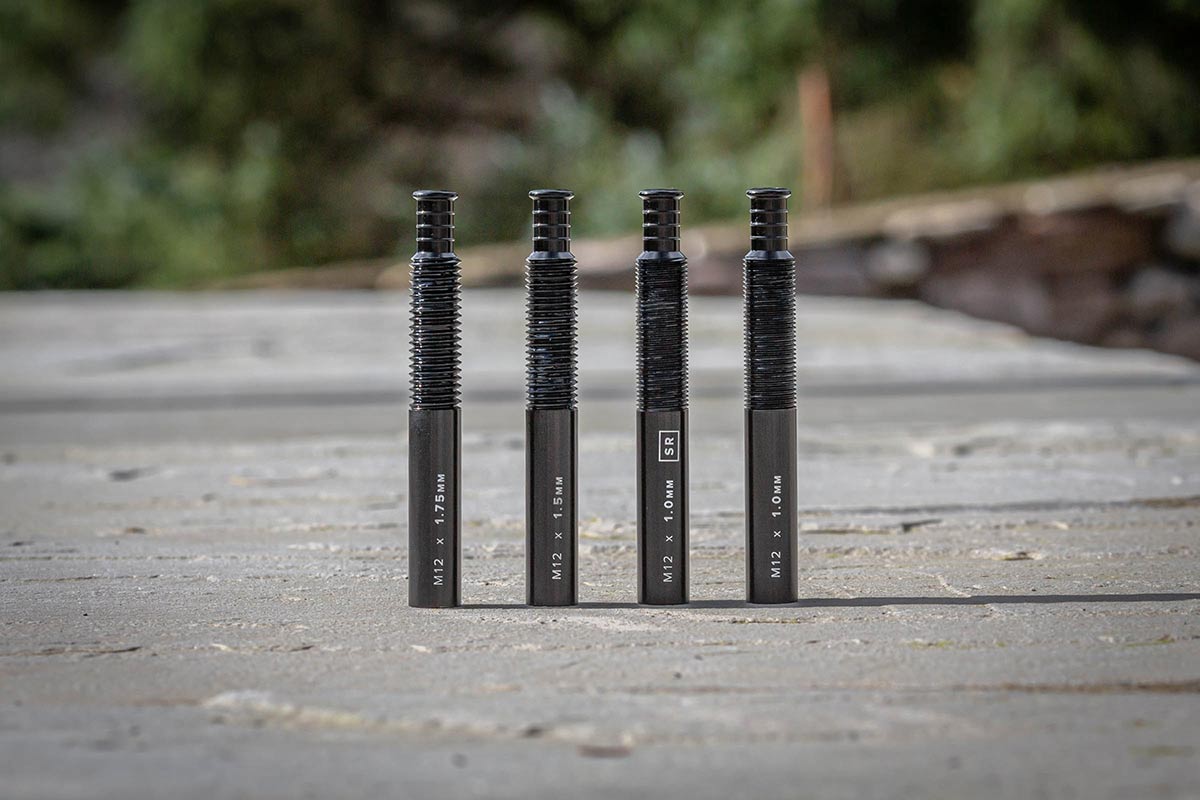 Four swappable threaded ends cover almost all axle thread pitch standards from 1.0mm to 1.75mm, including 1.0mm double lead for Mavic Speed Release. You can also extend the width to accommodate 148mm rear wheel boost spacing found on most modern mountain bikes. The whole thing is said to be easily installed with a couple of 5mm hex keys. 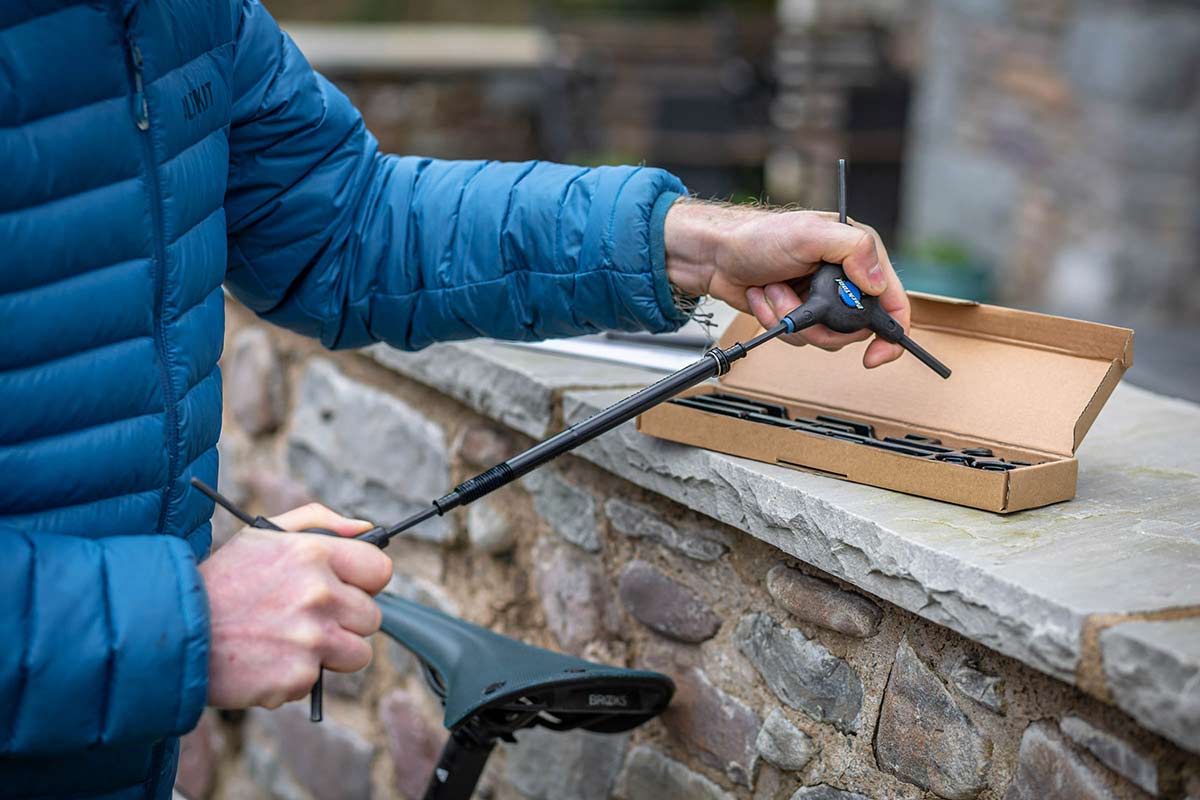 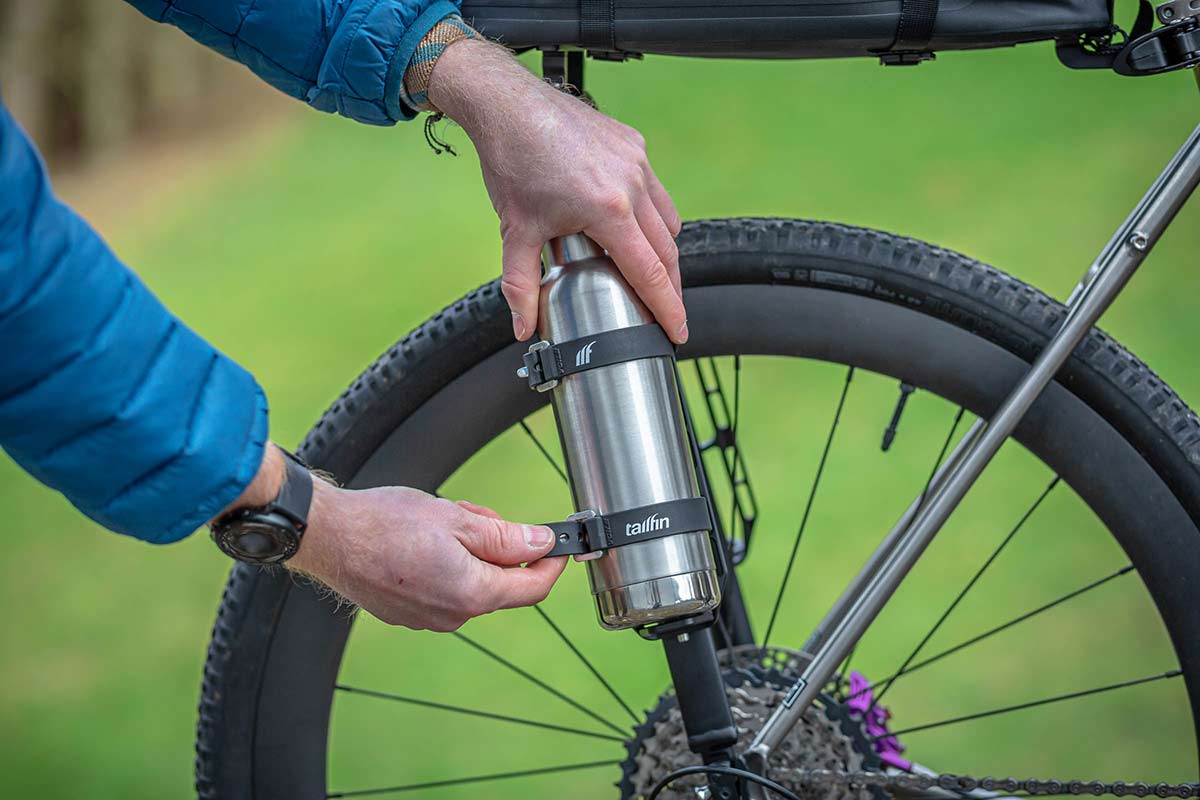 Tailfin are such huge fans of Voilé Straps they decided to design their cargo cages around the strap’s exact dimensions. They’ve now partnered with Voilé to bring you custom Tailfin-branded straps that feature the more reliable heat-treated aluminium buckle. They are available in 15″ and 20″ lengths and are sold in pairs. 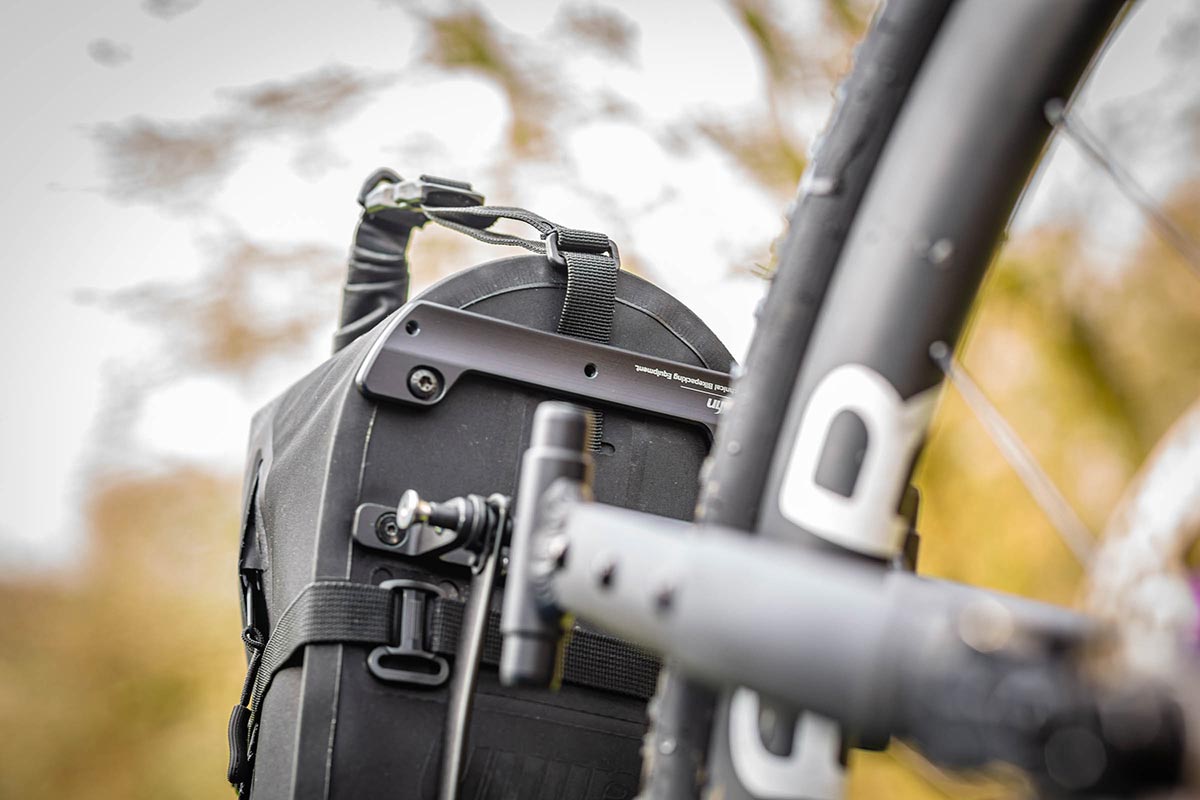 The updated Tailfin Alloy Arch bike rack is available at three price points. Pick up the the S Series for $147, the X Series for $192 or the AeroPack alloy, including a 20 liter integrated seat pack, for $283. The add-on AeroPack mount will set you back $30.