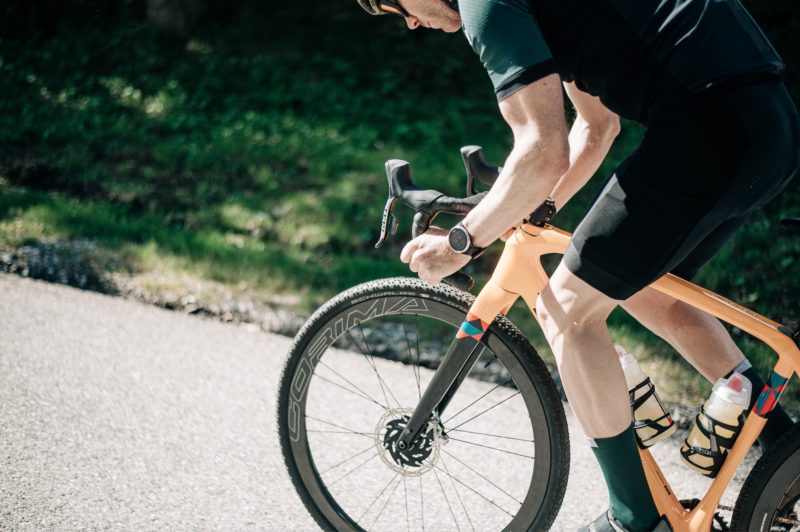 Corima has a long history of building high-quality carbon wheelsets designed to perform across a variety of disciplines including road, track, and time trials.

But in recent years, the brand has been maneuvering more into the off-road arena. 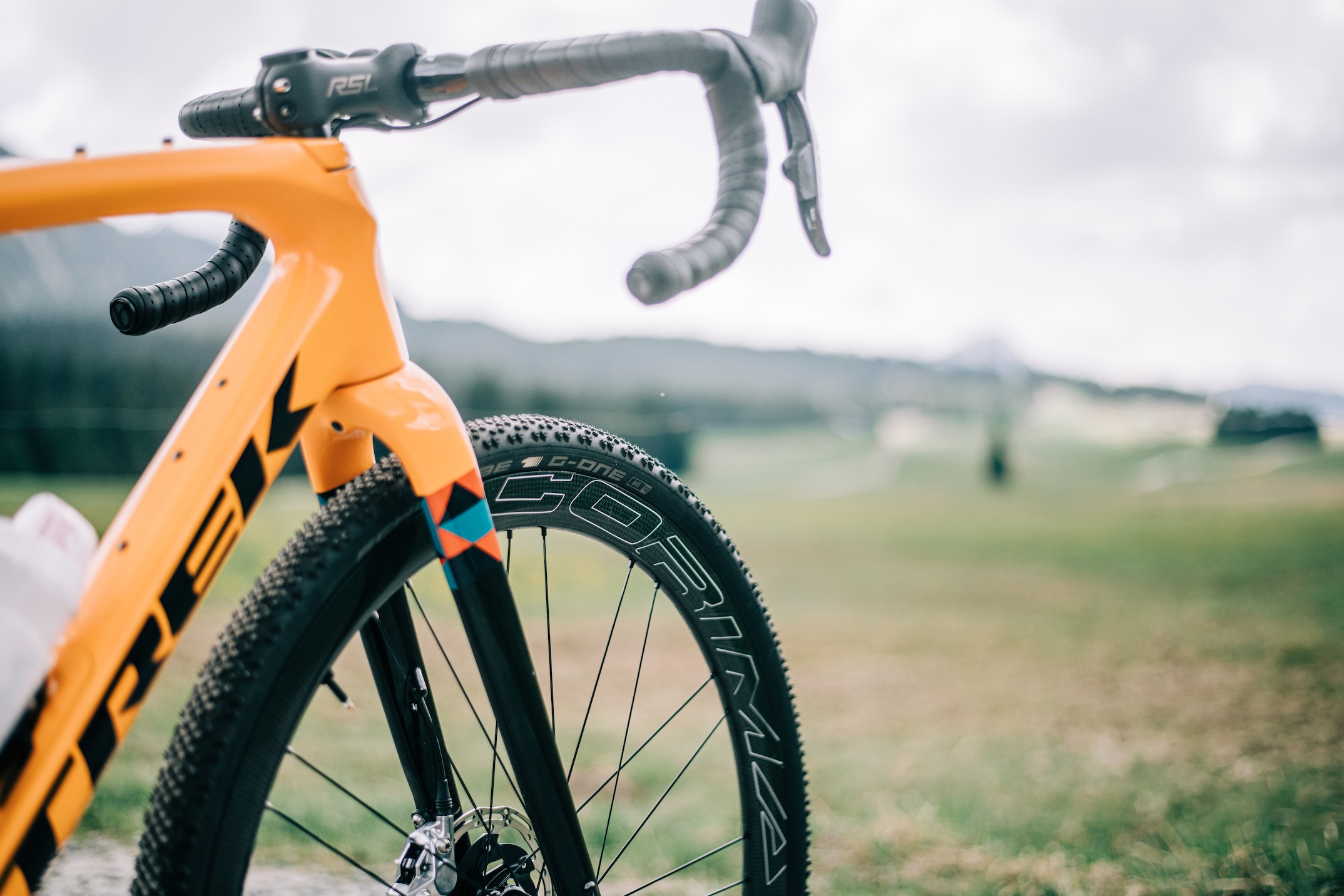 The Corima Essential 40 wheelset is built to thrive on varied and imperfect surfaces; (photo/Corima)

In 2020, the French brand owned by Look Cycle took its first steps off the tarmac or track scene with the G30.5 gravel wheelset tailored specifically to chunky terrain.

Since then, the team at Corima has been been working closely with gravel racers and those on the world tour circuit to develop another new wheel. This time, Corima says it has crafted a super-versatile all-road wheelset that marries the best features from its road and gravel options into a high-performing and affordable package that is ready to go anywhere.

The end result is the Essentia 40 all-road wheelset.

Corima says the Essentia 40 is the perfect wheelset for imperfect roads. 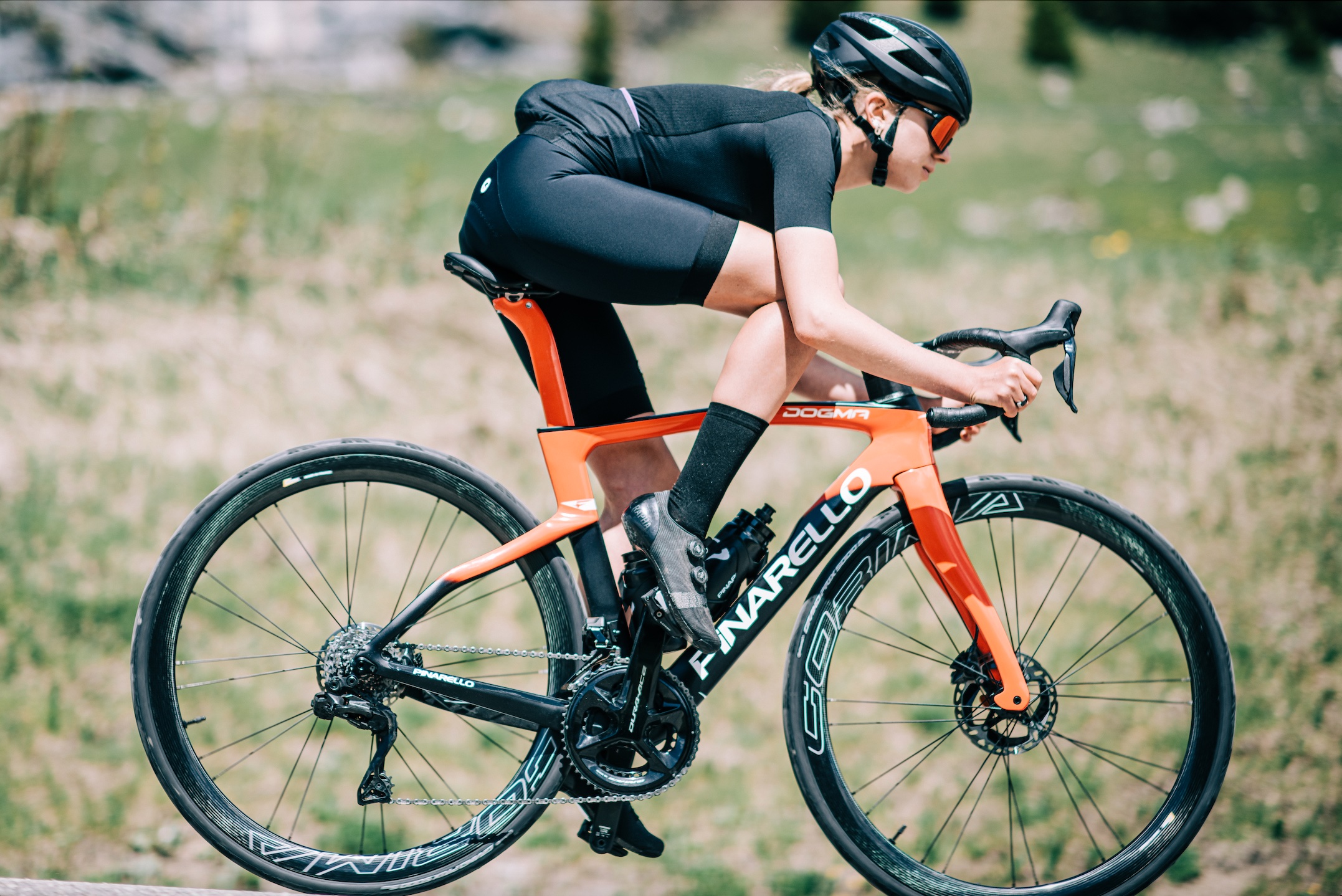 The Corima Essentia 40 wheelset can accommodate tires ranging from 28mm to 50mm; (photo/Corima)

Corima builds each wheel by hand in France using 3k carbon fiber with an aerospace foam core and hookless rim profile that can accommodate tires ranging from 28mm to 50mm.

Mike Gann, Chief Operating Officer of the U.S. sector of Look and Corima, said many riders associate the idea of adventure riding with tires that sit at 40mm in width or more. However, there are often exceptions.

Many unpaved roads are tightly packed or smooth and don’t require extremely beefy tires. Also, many riders value speed and efficiency over pure comfort and stability, even in rough terrain. The Essentia can do it all.

The whole idea behind the Essentia 40 was to create a more versatile wheelset with a lower retail price, without compromising performance or quality, according to Corima.

Corima brought the price down compared to their other wheelsets by selecting more economical composite materials and incorporating its own new all-road hub. 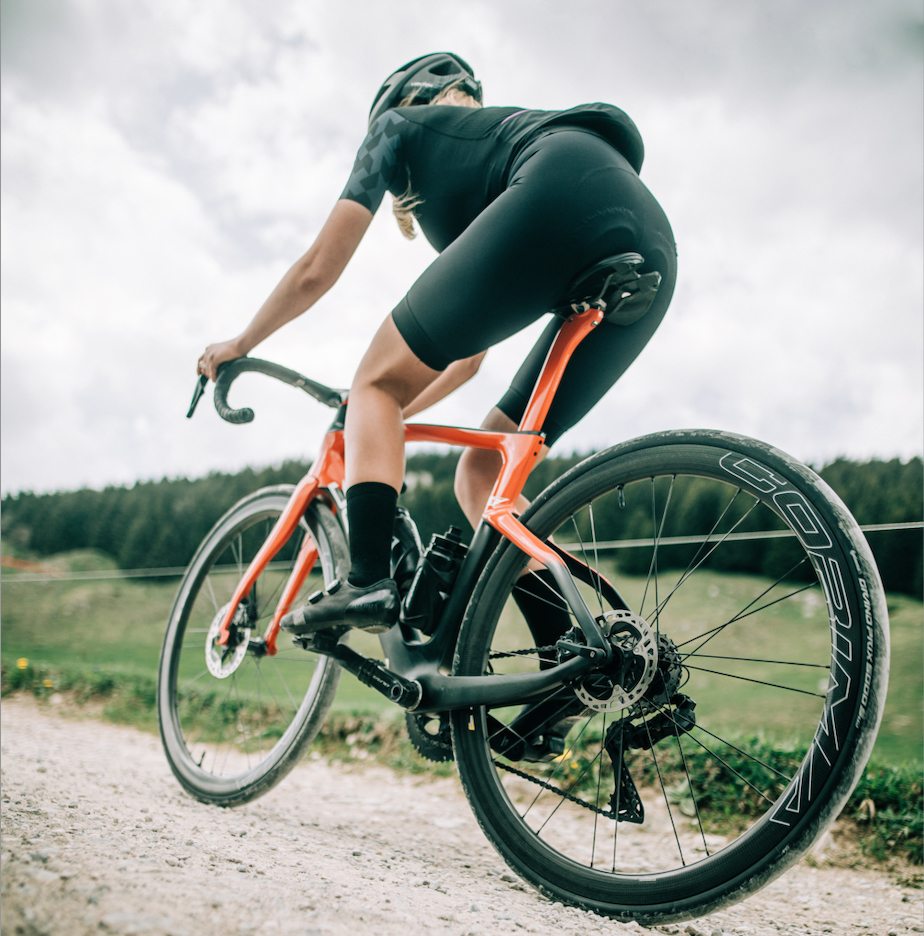 “With our premium wheels we utilize higher grade fibers that ultimately allow us to achieve lower weights with the same strength profiles,” Gann said. “In this case, we were somewhat driven by the tires we thought would be used in mixed surface performance riding, and the gravel conditions we might expect as a heavy use example.”

He said the Essentia offers a balance between Corima’s pure road WS series and the G30.5, which is built with higher grade materials and can take slightly harsher conditions and use.

Two key features that set the Essentia 40 apart include their foam core design and hookless profile.

Gann said the foam core helps each rim maintain consistent material thickness during production while preventing the carbon from deforming or compressing. Gann says that results in a more durable and uniform wheel compared to hollow-core counterparts. 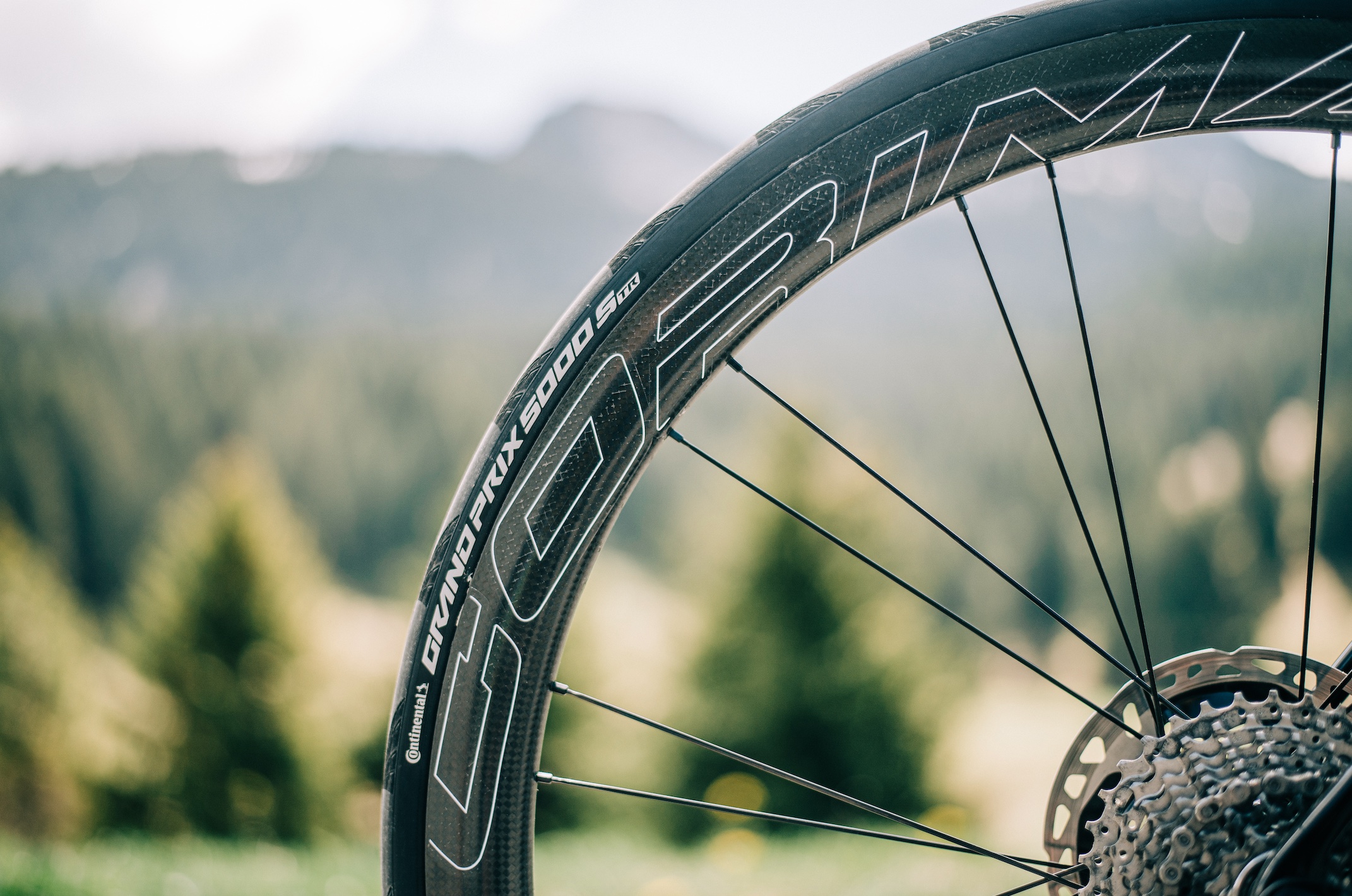 The Essentia 40 wheelset features a foam core that dampens noise and vibration; (photo/Corima).

The foam core in the Essentia 40 also acts as a sound-deadening device that helps dampen vibration and noise so riders don’t get as much chatter coming from their wheels.

The hookless profile of the wheelset enables riders to run tubeless tires at much lower pressures, further increasing grip and compliance over rough terrain.

Gann said traditional hooked wheels are more commonly used in high-PSI scenarios like road racing, where most athletes seek to reduce as much rolling resistance as possible by pumping their tires to the max. 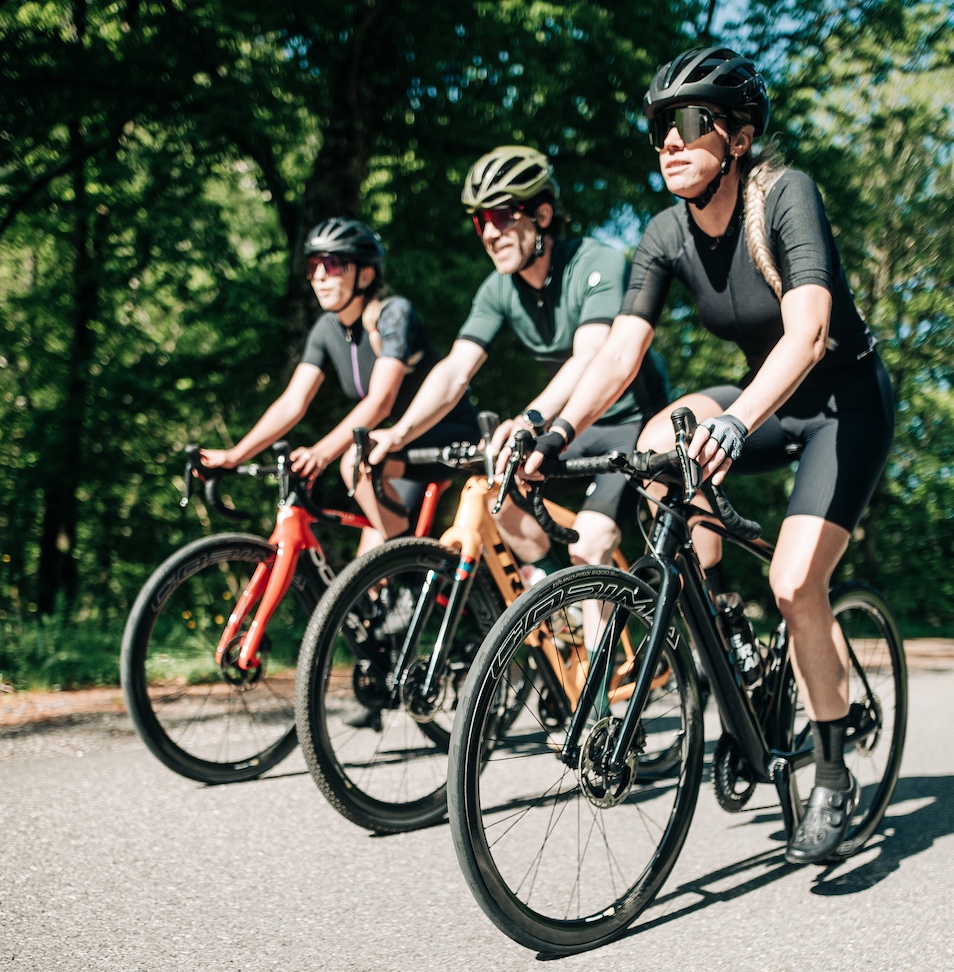 The Essentia 40 wheelset works with disc brakes and features a hookless profile that works with most tires; (photo/Corima)

But Gann says the lower pressures of the hookless design pay many other dividends.

“It may take time, but riders will start to understand the difference between perceived speed and the tangible benefits of a hookless or TSS system where lower pressure equals better control/grip, more comfort/less fatigue, and extremely minimal if any changes to rolling resistance,” he said.

Considering Corima’s history in performance tubular and clincher wheels designed for road racing, the Essentia 40 seems like a considerable departure from the norm, but it’s not entirely foreign. The relatively recent release of the G30.5 gravel wheelset coupled with the new Essentia 40 caters to a wider array of riders ranging from racers to trailblazers. 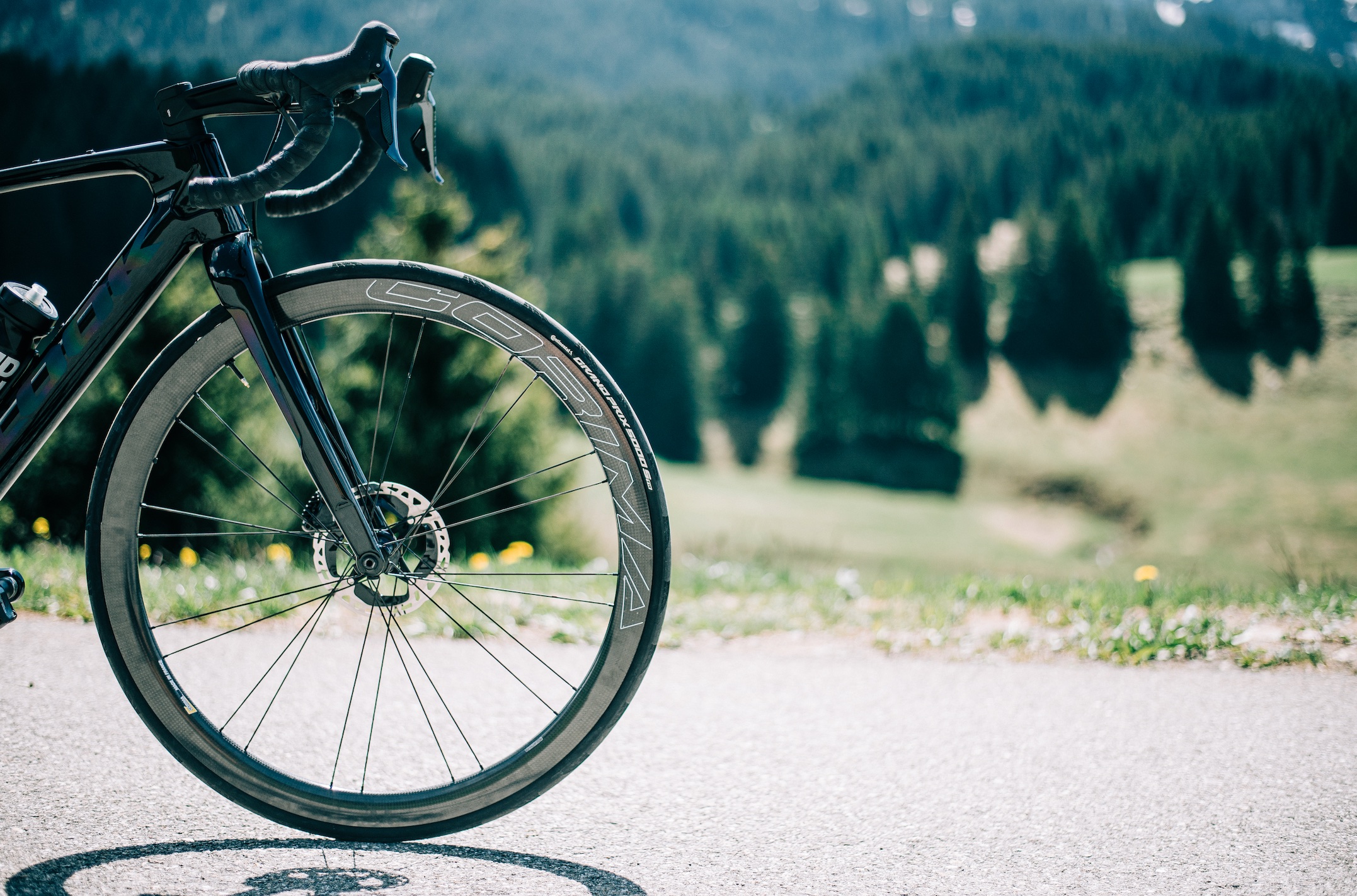 The Essentia 40 wheelset weighs in at 1600 grams; photo/Corima)

Anyone who has been paying attention to cycling over the past couple of years will have noticed a trend toward rougher surfaces.

Many gravel races are now attracting pro riders and teams, along with their highly specialized bikes and components designed for varied terrain. Even the Tour de France opted into bone-chattering cobbles this year. It’s looking like no pure-road wheel is safe from the trend toward chunk. 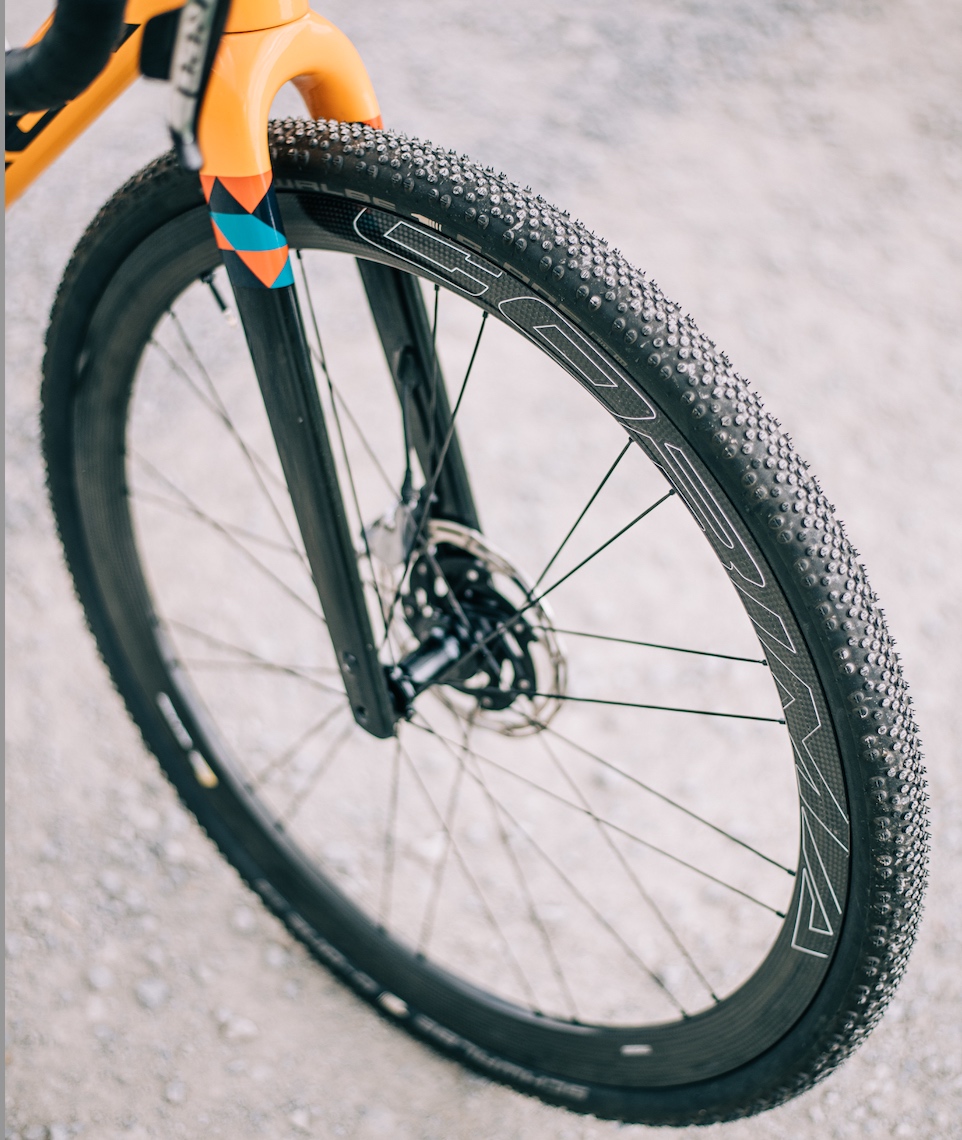 The unpainted Corima Essentia wheelset has a clean look and uniform profile; (photo/Corima)

But most riders aren’t out racing on extremely rough gravel every weekend. Likewise, those sticking to pavement know they should not expect buttery smooth surfaces every ride. The Essentia 40 marks an effort to find the sweet spot between road racing wheels and their gravel-specific siblings that gives riders the versatility to tackle it all.

At an MSRP of $1,590, it’s an affordable entry point into high-end carbon wheels that promises to perform on any terrain.

This post is sponsored by Corima. Learn more about the Essentia 40 wheelset at Corima.com.

K-Pop is dangerous to your health
Reply to  Jaap

you really going to split hairs over 2mm?

TLN
Reply to  K-Pop is dangerous to your health

Following your logic, might as well stick with widely available 21ID rims.
ps. Reserve 40|44 with 25ID and DT350 is both: significantly lighter (1460gm), wider (25ID) and comes with lifetime warrantly. Any reason to pick Corima?