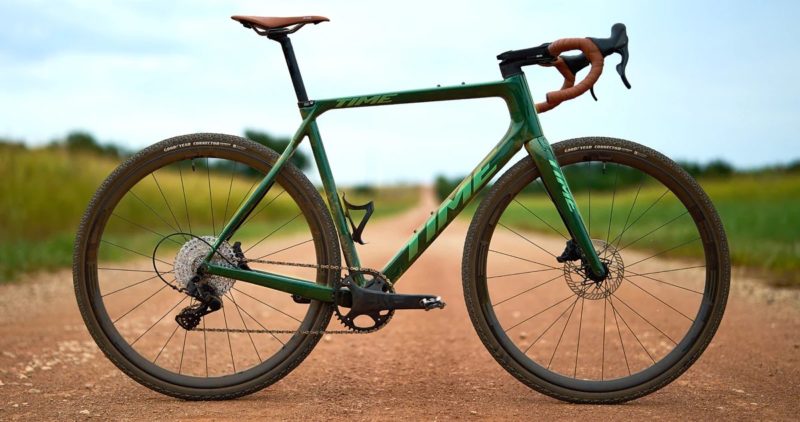 While attending the Philly Bike Expo, we got a look at the first gravel bike by TIME Bicycles, the ADHX (Alpe d’Huez X). It’s a nice lookin’ bike and, in case you didn’t know, it’s now been available here in the States for a few months. 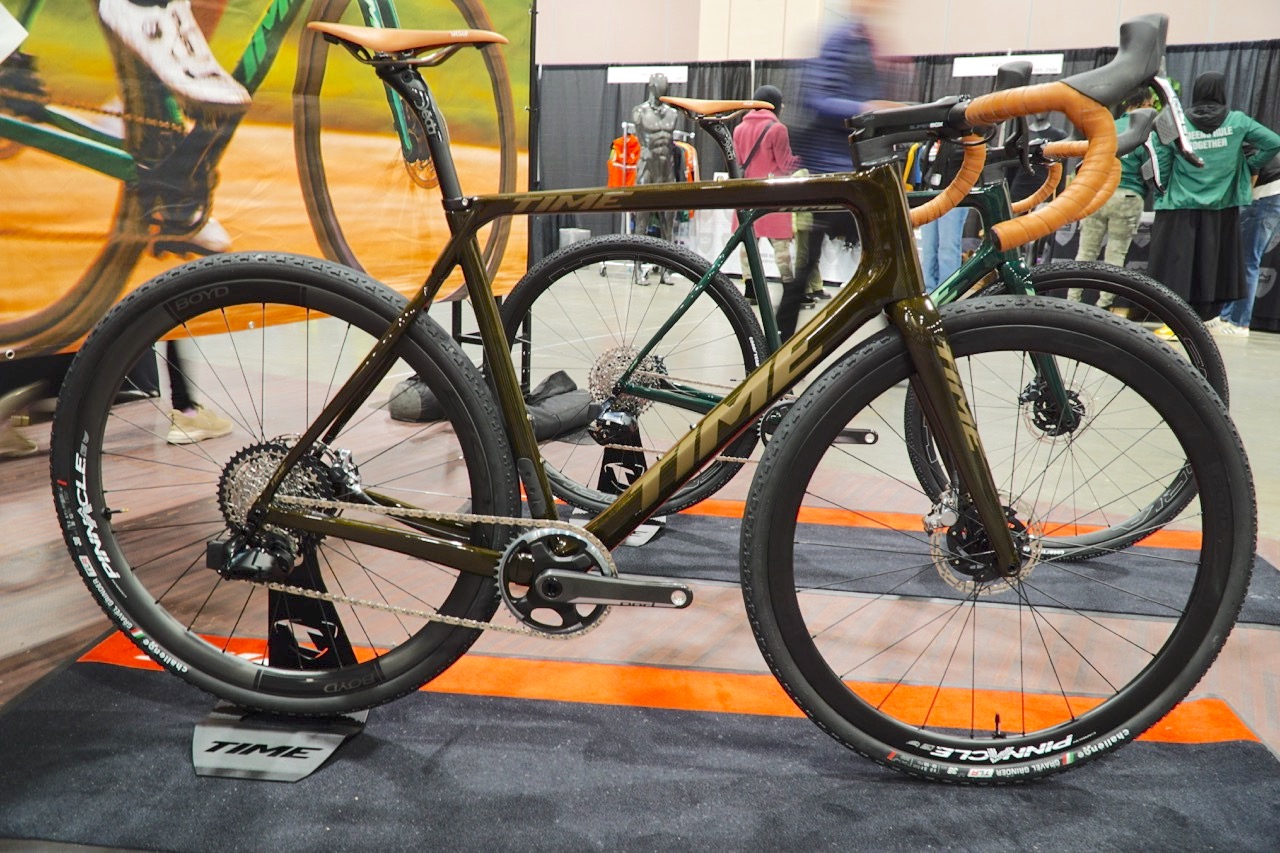 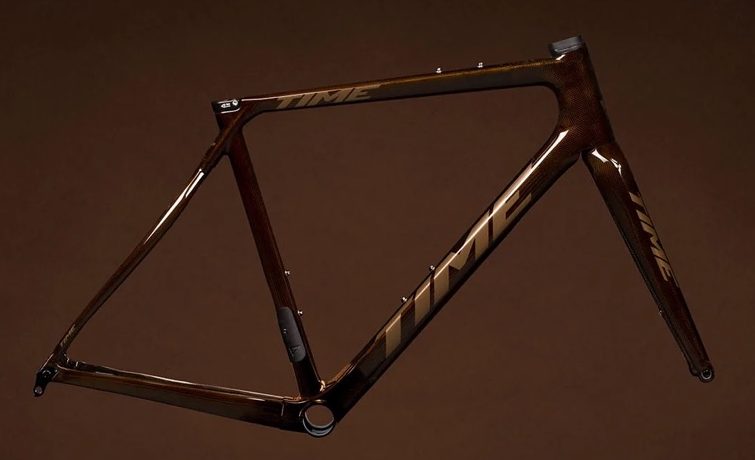 Time states that their BCS construction “outperforms traditional carbon prepreg construction in almost every way by incorporating several types of fiber into each multidirectional braid.”

Dyneema fiber is supposedly 15x stronger than steel at the same weight and is light enough to float on water. 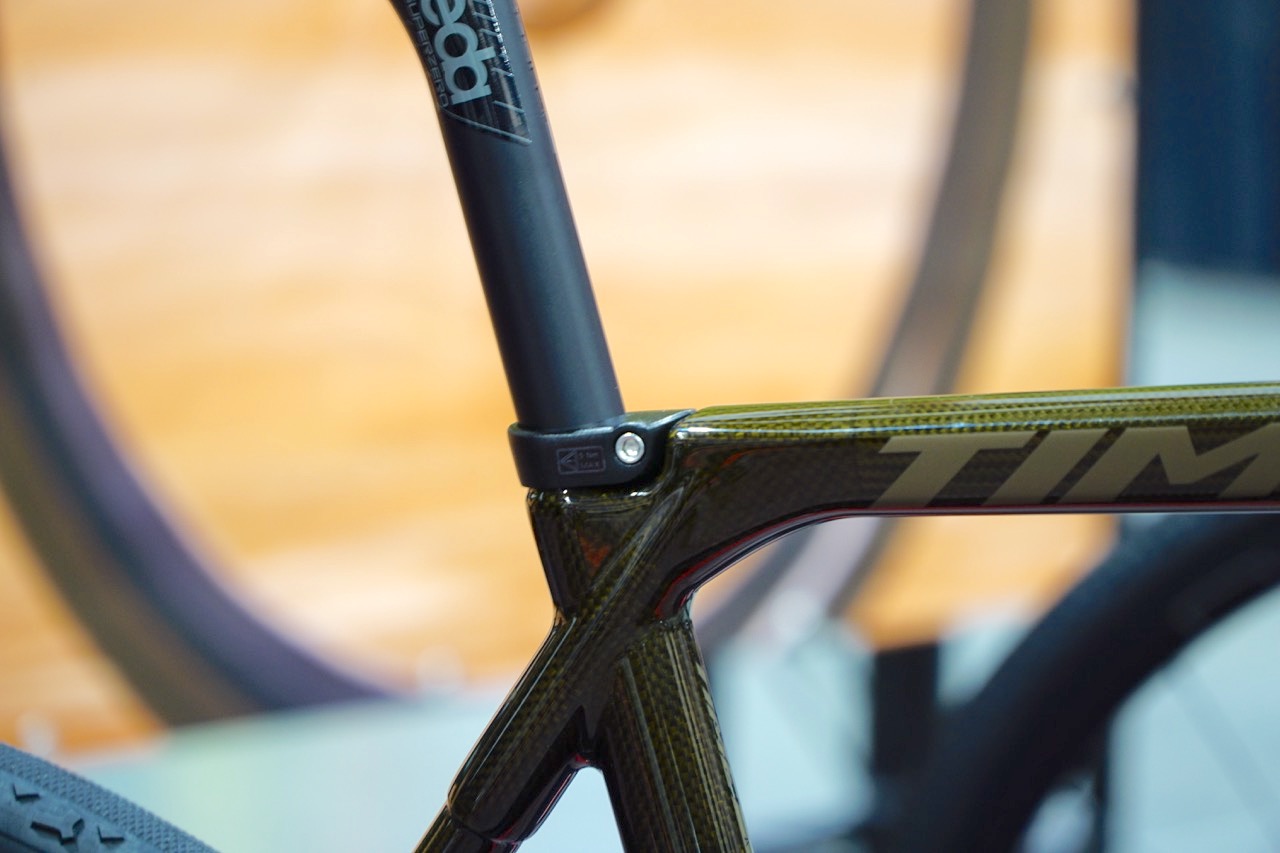 Although the company (DSM) that offers the Dyneema fiber has apparently been making promises that have been making headlines, the people at TIME, say they are one of the very few manufacturers able to incorporate Dyneema carbon structures. Also stating by being able to weave their own braided carbon structures (BCS) they have been able to test strands of the sustainable Dyneema since it first became available from DSM. 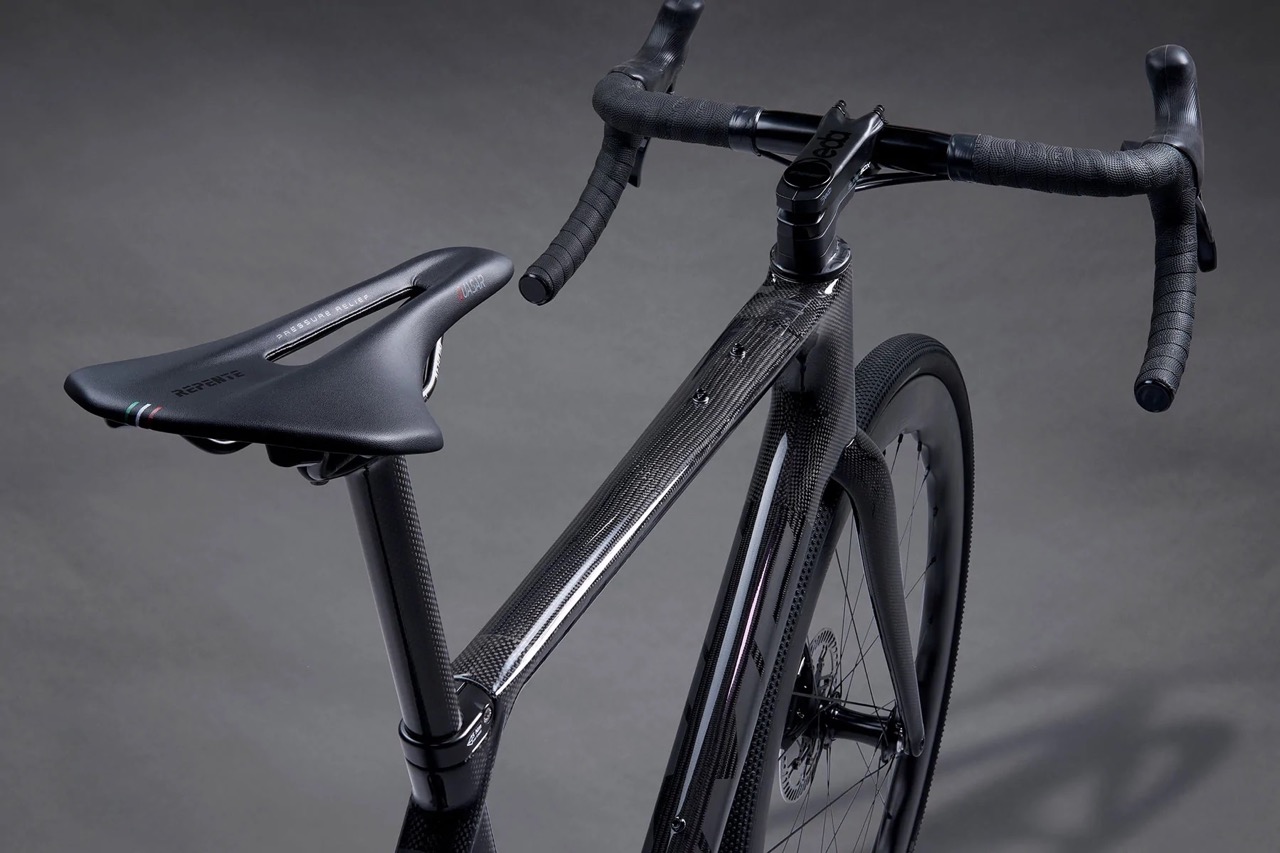 TIME claims that “unlike the high-temperature ovens used to cure standard prepreg frames, the lower resin temperature of the RTM injection process is well within the safe temperature range for Dyneema. 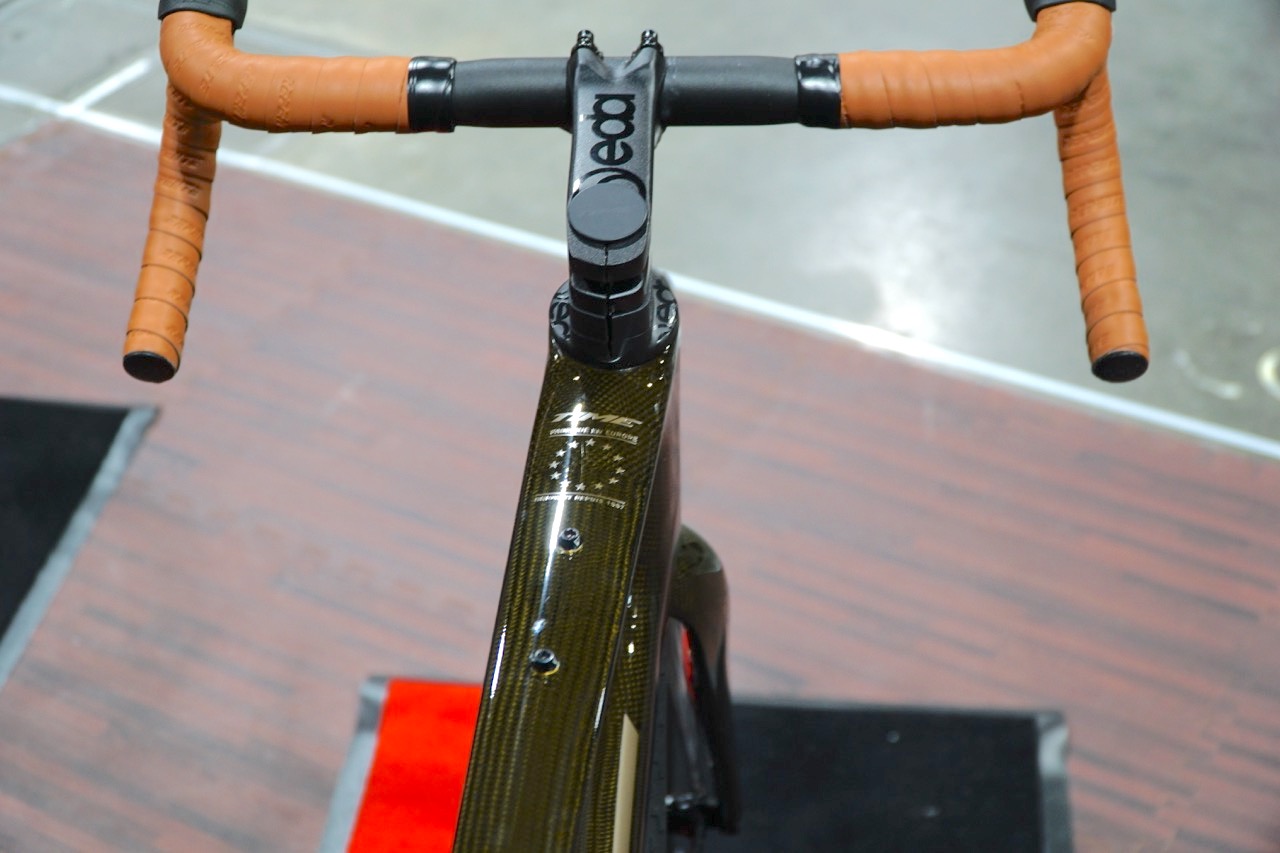 At the Philly Bike Expo…fibers on the top tube look pretty tasty. 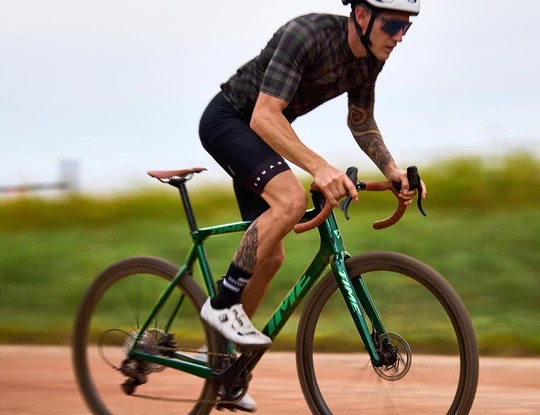 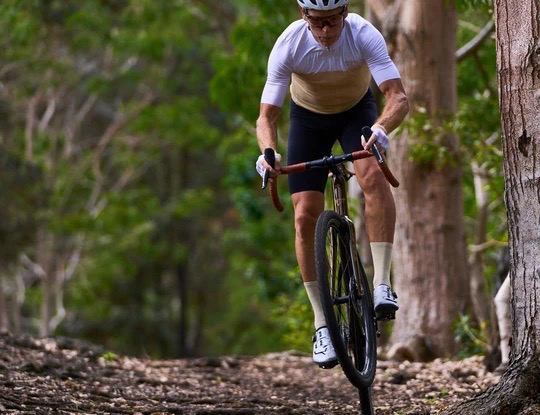 TIME thinks that the ADHX is “perfect for riders who want a top-performing “fast gravel” machine.” Stating the cornerstones of the ADHX are its weight, stiffness, comfort, and handling. Using its unique manufacturing and cutting-edge technology, TIME says racers, all road explorers, and everyday riders that seek experience off of the tarmac will find that the ADHX checks all of the boxes. 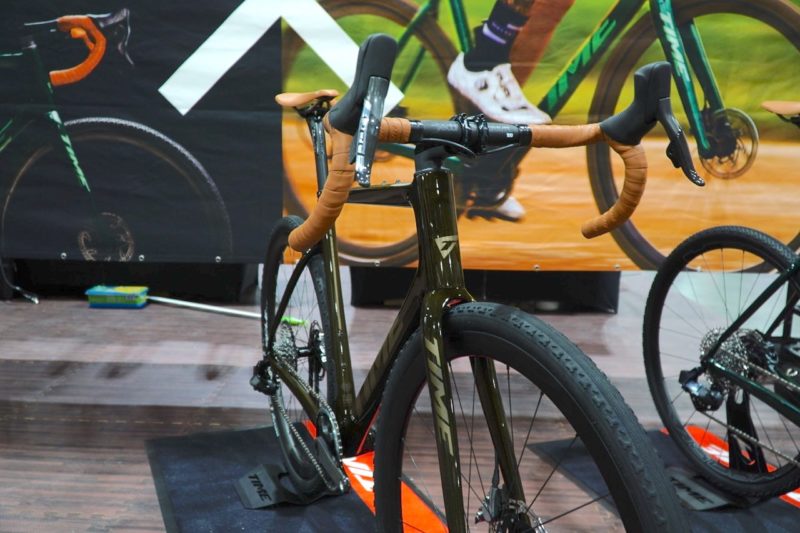 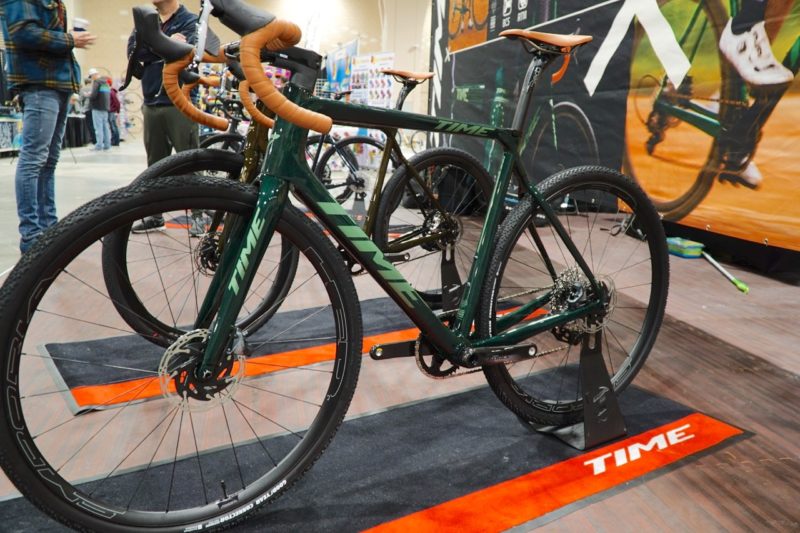 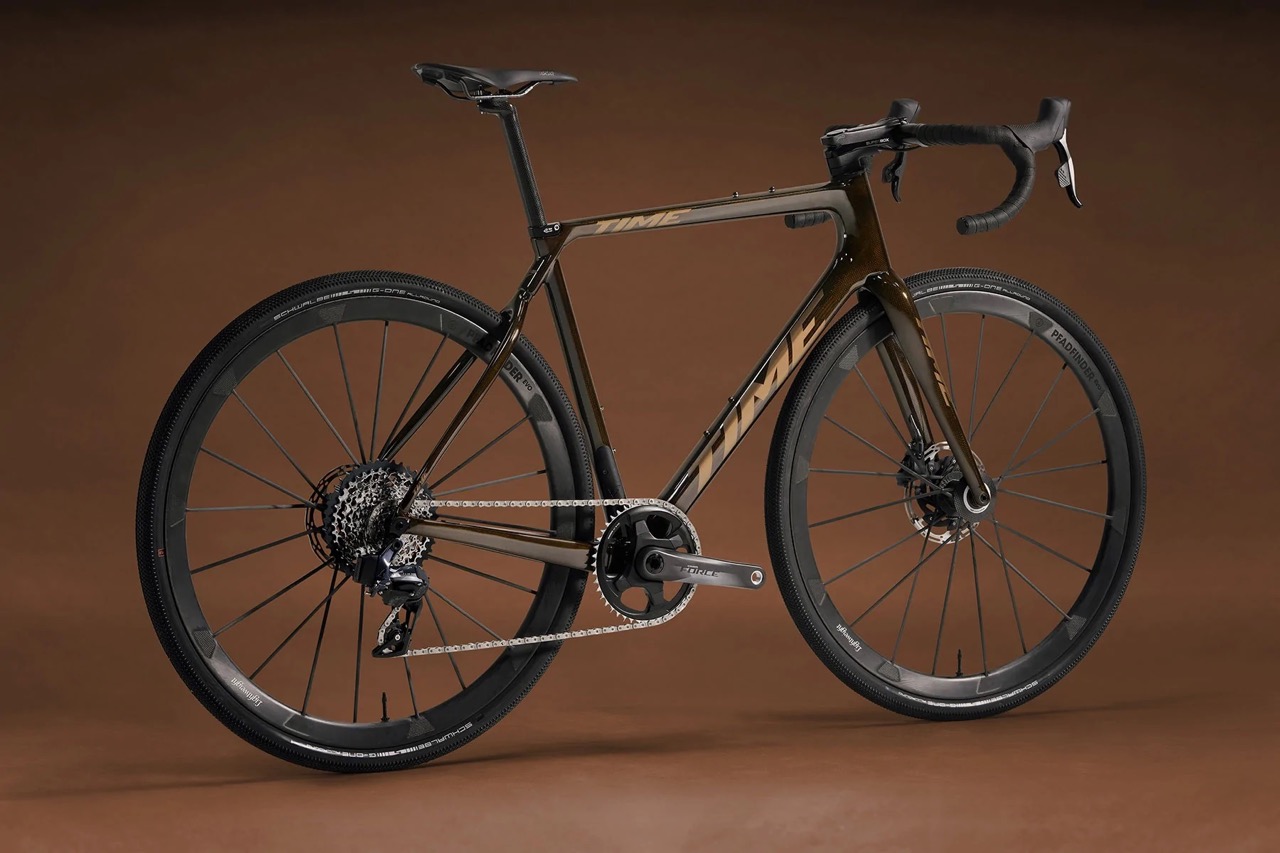 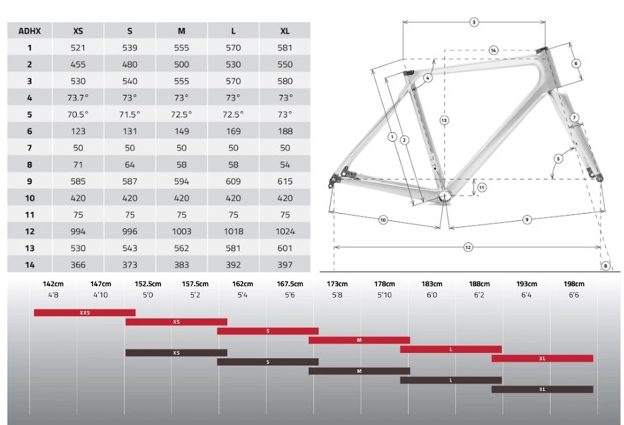 When ordering and getting the bike shipped TIME wants you to know that when buying a bike from their online store there are some options to consider.

Framesets: TIME Bikes are available as framesets ready to build up.

Wheels: Time offers two wheelset options for each model. And just in case you have your own bitchen wheelset, they will ship a complete bike sans wheelset.

Complete Bikes: You can get your TIME Bike in two ways:

TIME Bicycles know that their customers know what they want, so these shipping options are to accommodate their end users.

I love my titanium bikes, but this is the bike I have lusted for since its introduction.

Same. I normally don’t hanker for not-metal frames, but Time’s track record for reliably churning out well-built frames is just impeccable, and the ADHX is just about the only carbon fiber bike I’d take a serious look at. Only real demerit I see against the ADHX is its relatively ungenerous tire clearance compared to its competitors – it’s more cross bike than gravel bike, in that sense.

Is it me or do those bikes on display have a way too chunky back tyre? That thing seems to be almost rubbing against the seat tube.

Not a too chunky back tire but stupidly short 420mm chainstays. That’s ridiculous for this type of bike. Come on Time what are you doing? 430mm chainstays minimum!