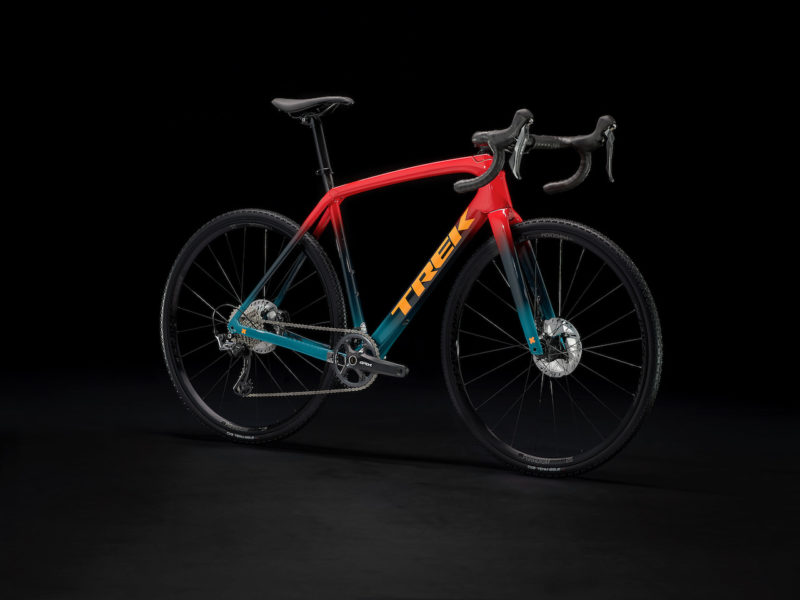 There is a steady stream of exciting bike news coming, and with the UCI ‘cross season just a week away, Trek let the new Boone out of the bag. Since its inception, the Trek Boone amassed many victories, including National Champions (for many Nations) World Cup wins and reaching a pinnacle last year — a World Championship piloted by Baloise-Treks, Lucinda Brand. 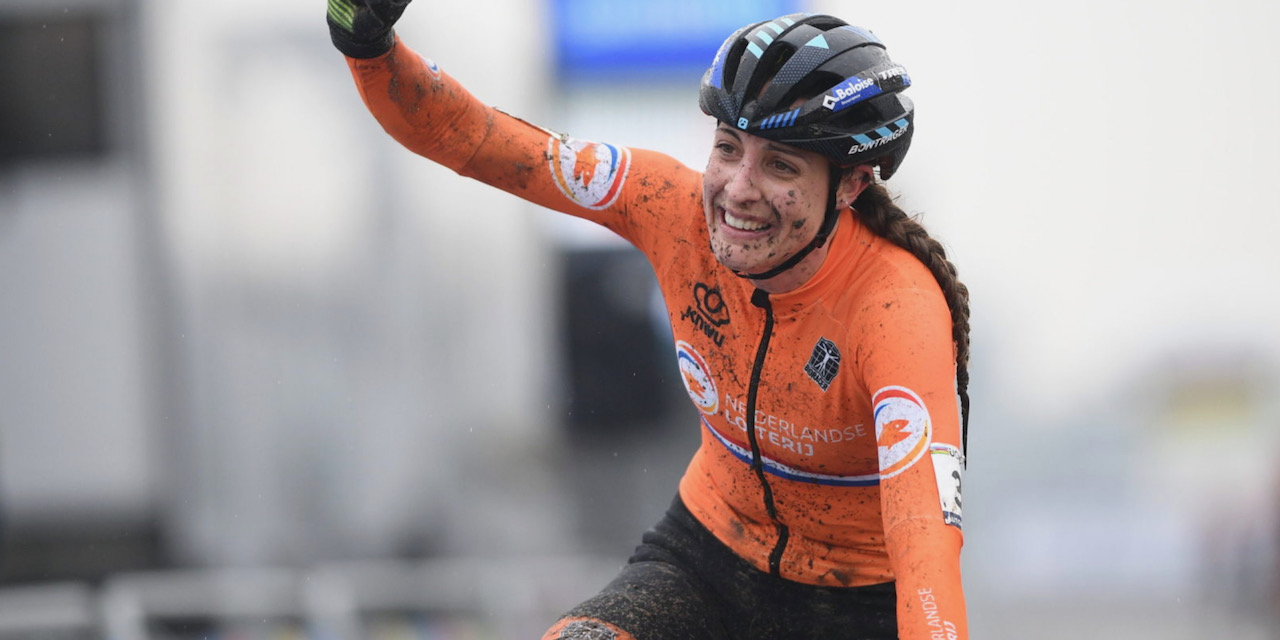 It seems all the while; Trek was quietly tweaking its race machine to be faster than ever for the 2021-2022 season. The World Cup-winning geometry hasn’t changed, but the Boone gets some modern updates that will elevate ‘crossers, both amateur and professional. 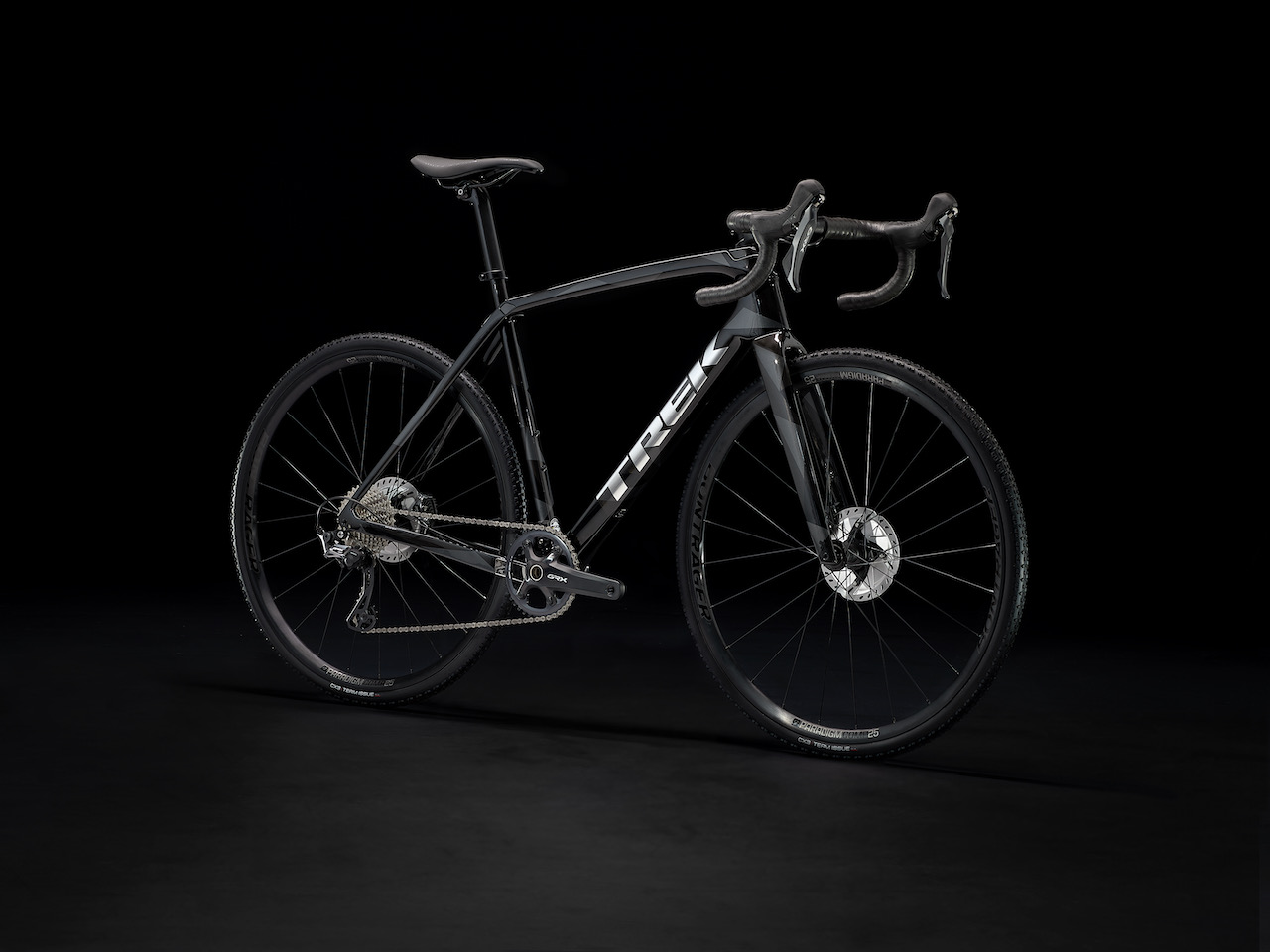 Unlike others that have softened their geometry to meet a gravel/cross bike all in one, Trek firmly kept the Boone as a cyclocross race bike. Pointing to the Checkpoint as the companies gravel and wide tire drop bar offering.

In 2013 Trek eliminated the Ion CX line and released the Crocket, a new aggressive alloy cross bike. The Crocket geometry and ride showed promise, and the next move was to take the bike to carbon. Released in 2013-2014, the Boone is the first ‘cross bike to incorporate a built-in suspension system — Treks ISO Speed. In 2014 Trek partnered with Sven Nys, Sven Vanthourenhout, and AA Drink for a massive move in the cyclocross world. Nys, one of the most accomplished, respected racers in the sport, helped dial the Boone to higher performance. It also skyrocketed Trek to the top of the ‘cross-cred list, now having the best in the world on their machines.

In 2016 Trek doubled down on the partnership with Nys. Sven equipped his new Sven Nys Cycling Center with Trek bikes and sponsored the long-time Ridley riding Telnet-Fidea Cycling team with Trek and Bontrager as equipment. The team put the Boone through the paces in countless muddy, sandy, frozen races worldwide, giving critical feedback to the Trek R&D team. 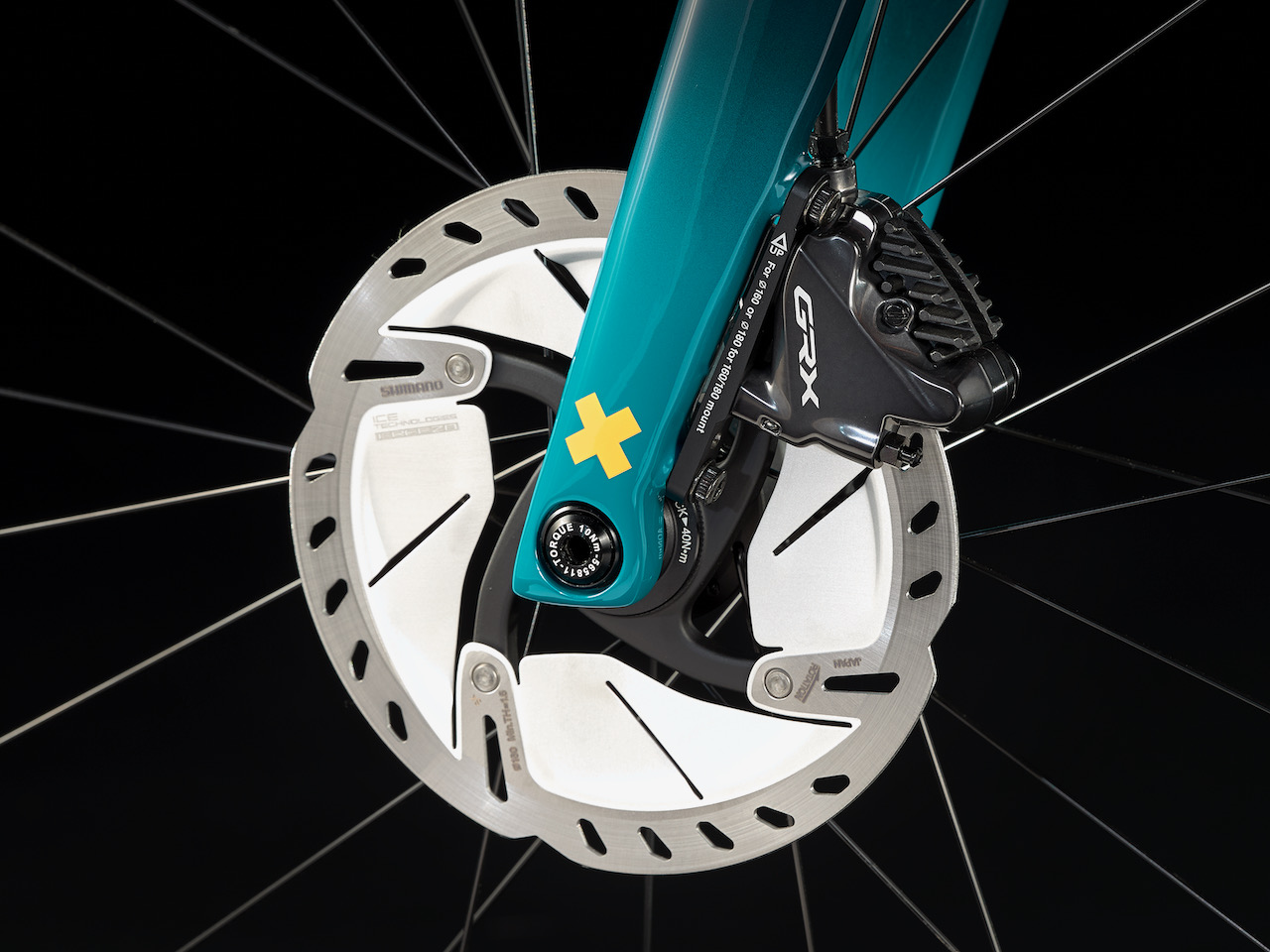 The partnership has since flourished; the team, now simply Baloise-Trek, is known as one of the world’s premiere ‘cross and road development teams. They push Trek and Bontrager products to the next level in the world of mud, ruts, and beyond. 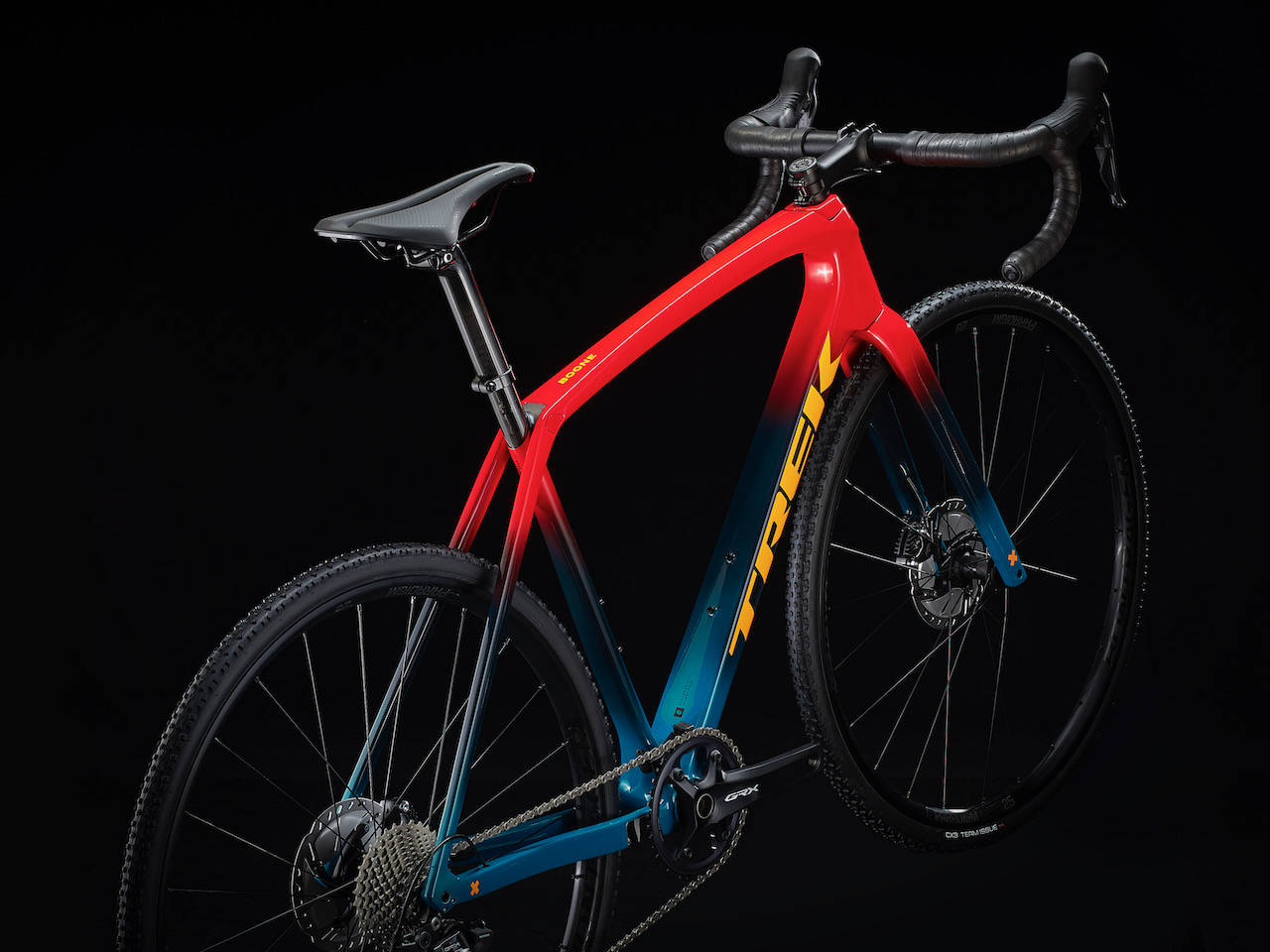 For some, a ‘cross bike is a race-only machine. For others, it’s a do-it-all bike that can tackle anything. The new Boone takes a bit from both worlds, adding practical updates and race upgrades that could take you to the podium or the head of the weekend group ride. 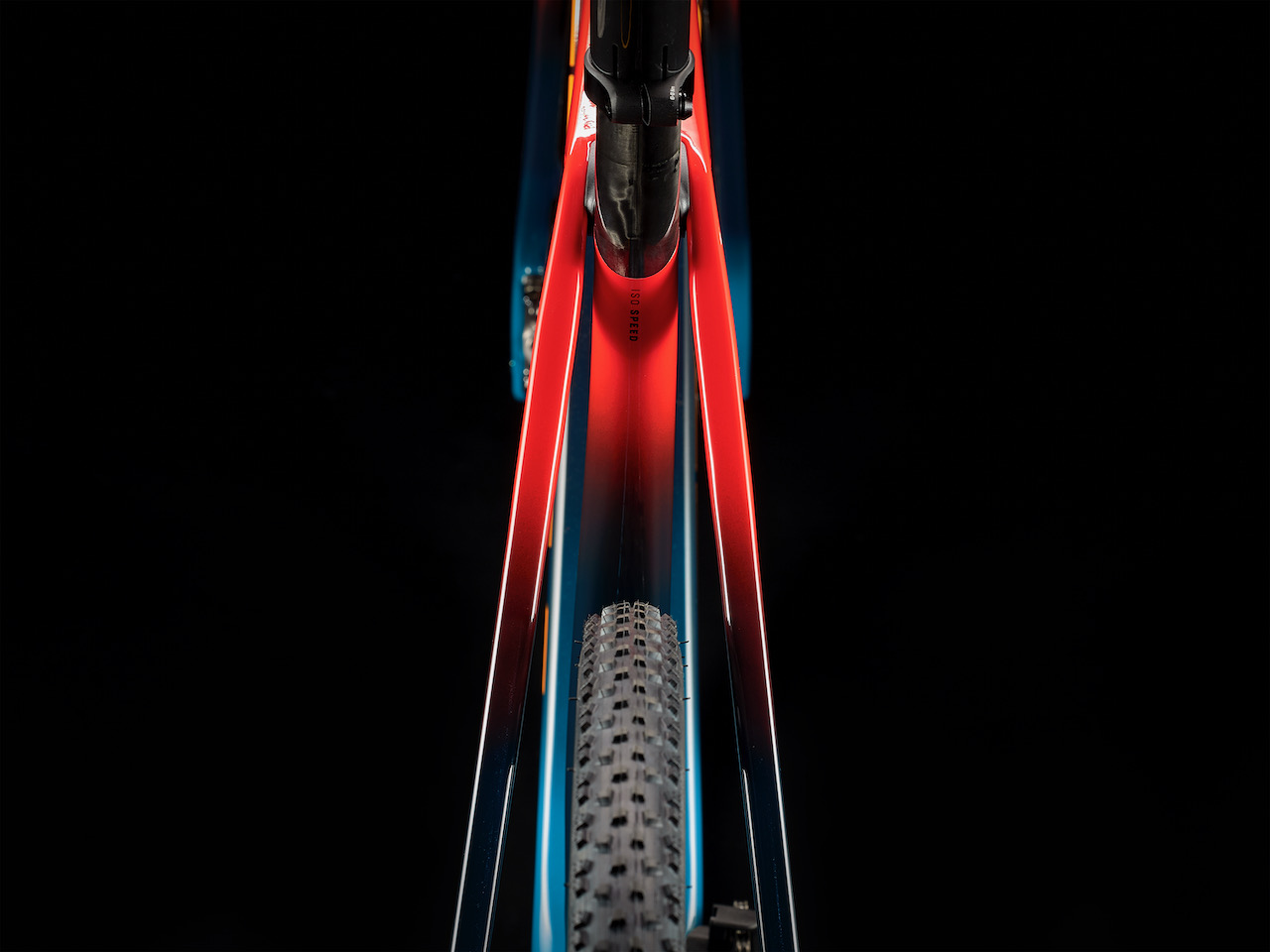 Lighter and more robust — the new Trek Boone utilizes OCLV 600 Series OCLV carbon, down one tier from the top of the line OCLV 800 (think Emonda SLR) series. Trek went with OCLV 600 series for its light and forgiving nature. 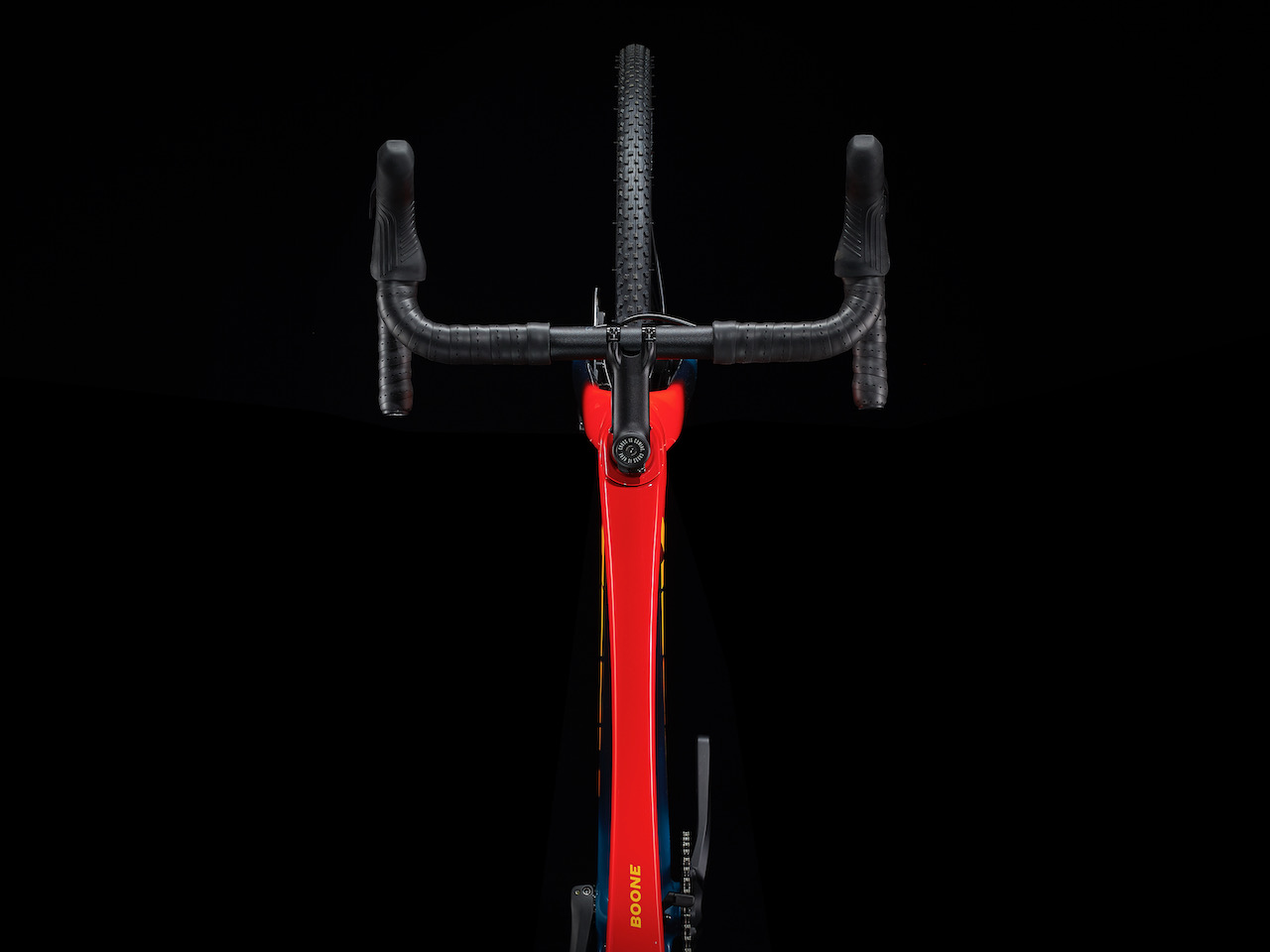 Internal cable routing — for those that detest the nest of cables at the bars while shouldering your bike, rejoice! The new Boone eliminates the downtube cable entry point and has everything enter the headtube via headset cup. We’ve seen similar designs on Ventum and other gravel rigs, and it works well — but how will it handle power washing, and will it take on water? Only time will tell, but I’m sure Trek went through the research. 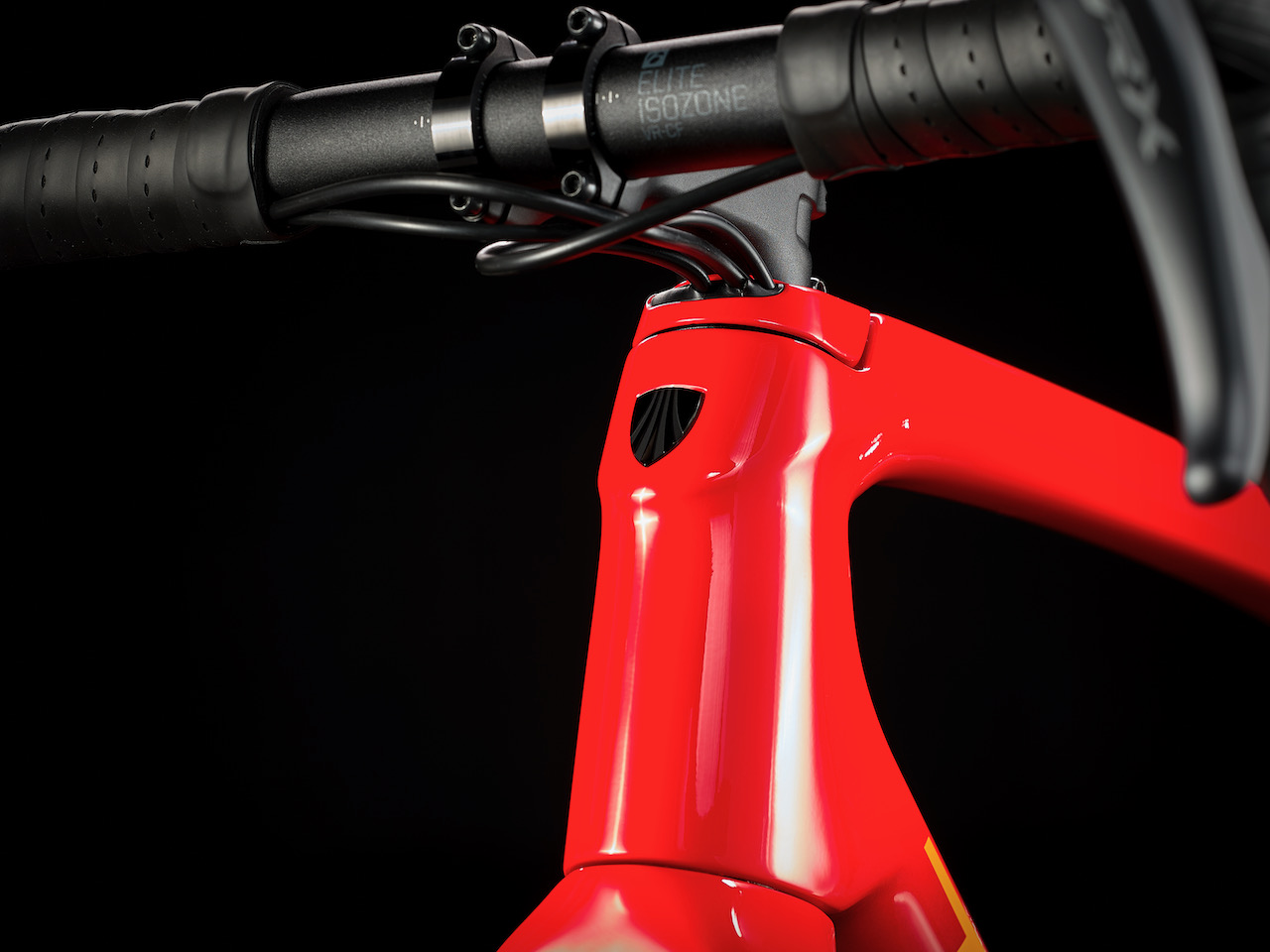 Aero advantage — what would a new design be without some aero advances? Trek is letting the road line influence the drop-bar dirt —in a good way. The new Boone gets the same tube shapes as the lightweight Emonda frame but keeps the same Boone geometry. 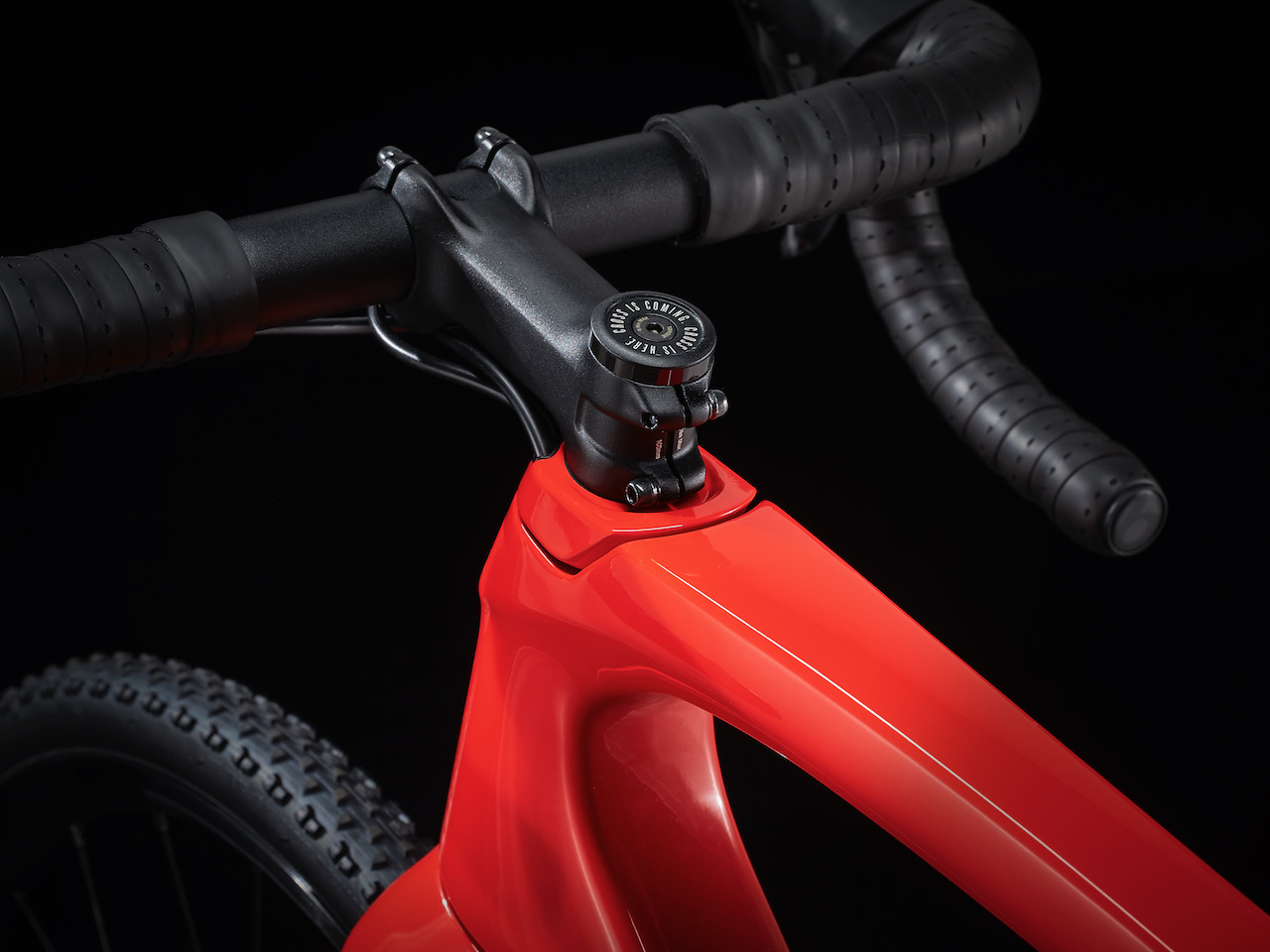 T47 Bottom Bracket — Trek has slowly distanced itself from the BB90, and now the Boone gets the T47 bottom bracket update. Cyclocross racers will appreciate the update, the T47 is more secure and easier to service than the BB90, plus there are many different options available. 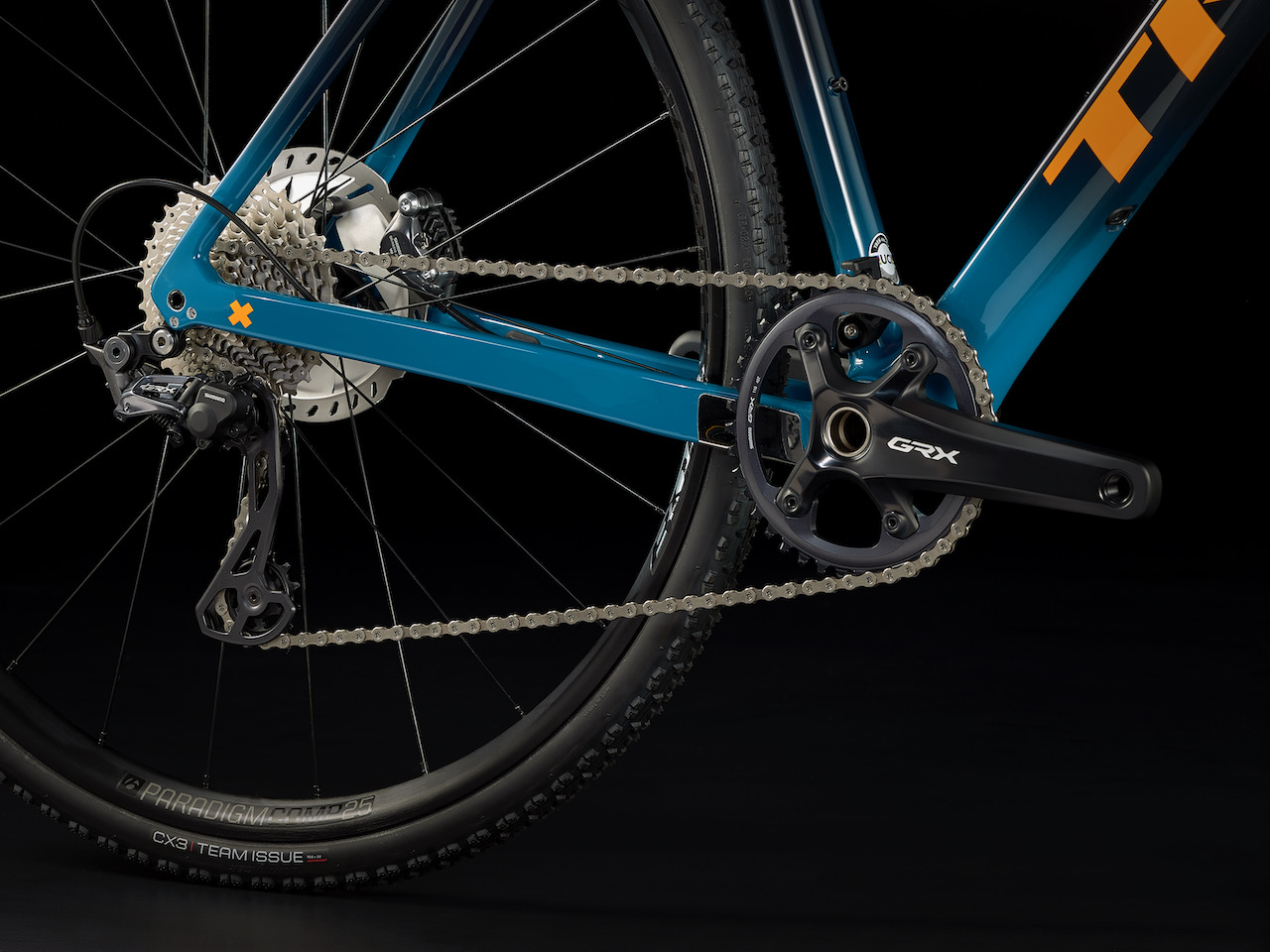 One build to rule them all — The new Boone comes in a singular build option; Shimano GRX. This build convention is a solid plan. With the forecasting of parts availability, having three models of a single bike could be hard to produce. The GRX 800 build (full specs below) is an excellent option for those looking to race, explore or do tons of different riding on the Boone. 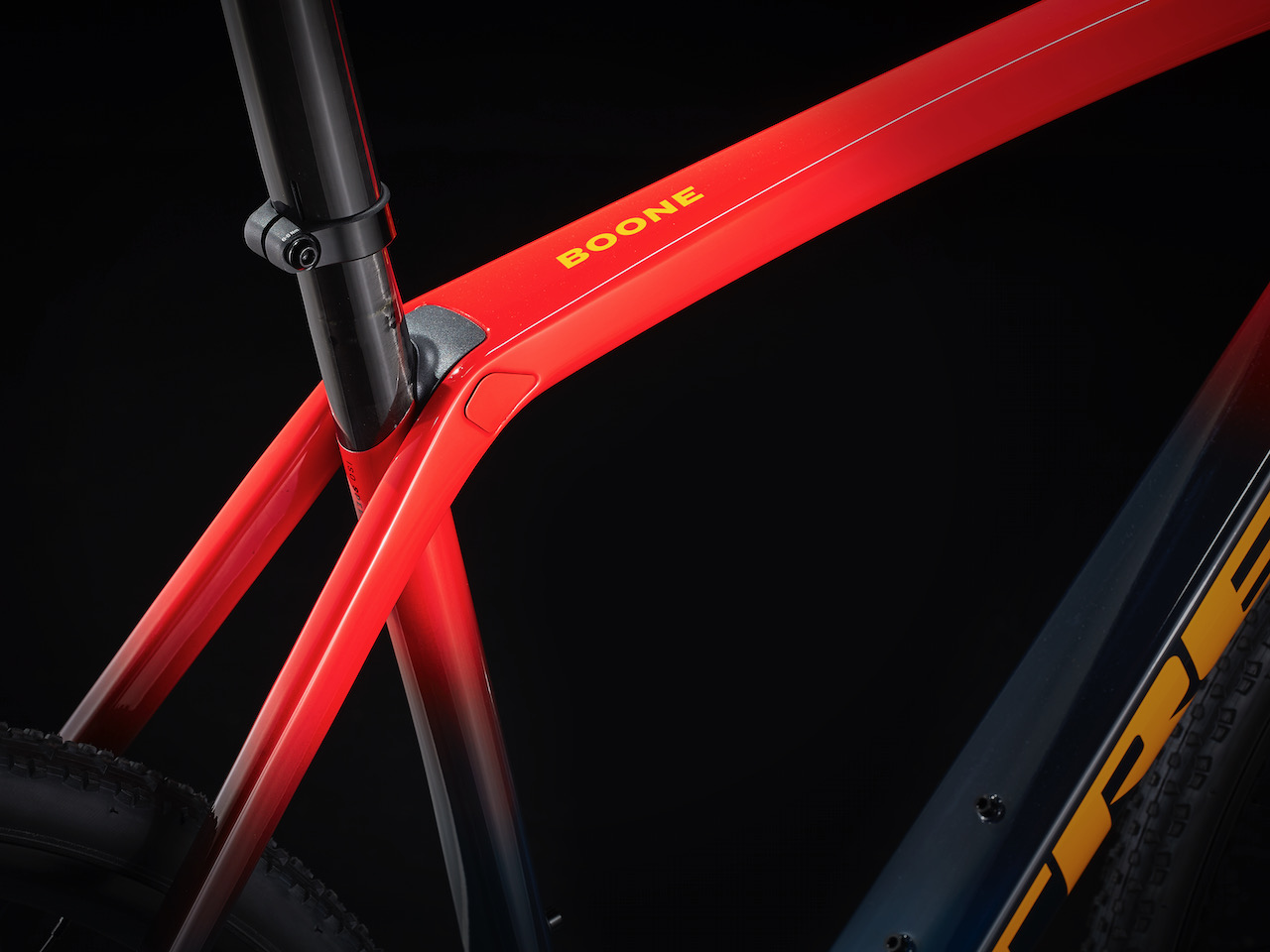 The clearance is said to be a max of 33mm via Trek, but we’re hoping that isn’t true, as more non-UCI sanctioned cyclocross racers move to 35mm and up. As soon as we get a clear max or a review bike in hand, we’ll update, 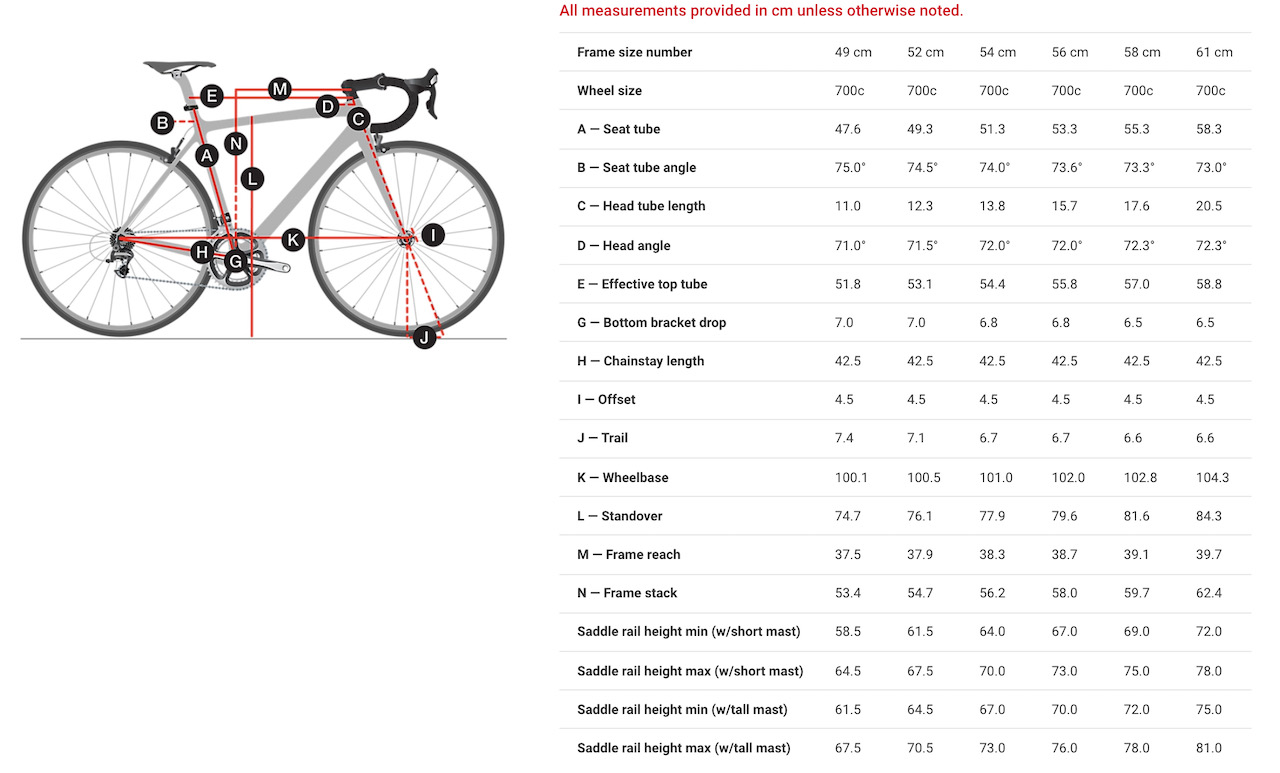 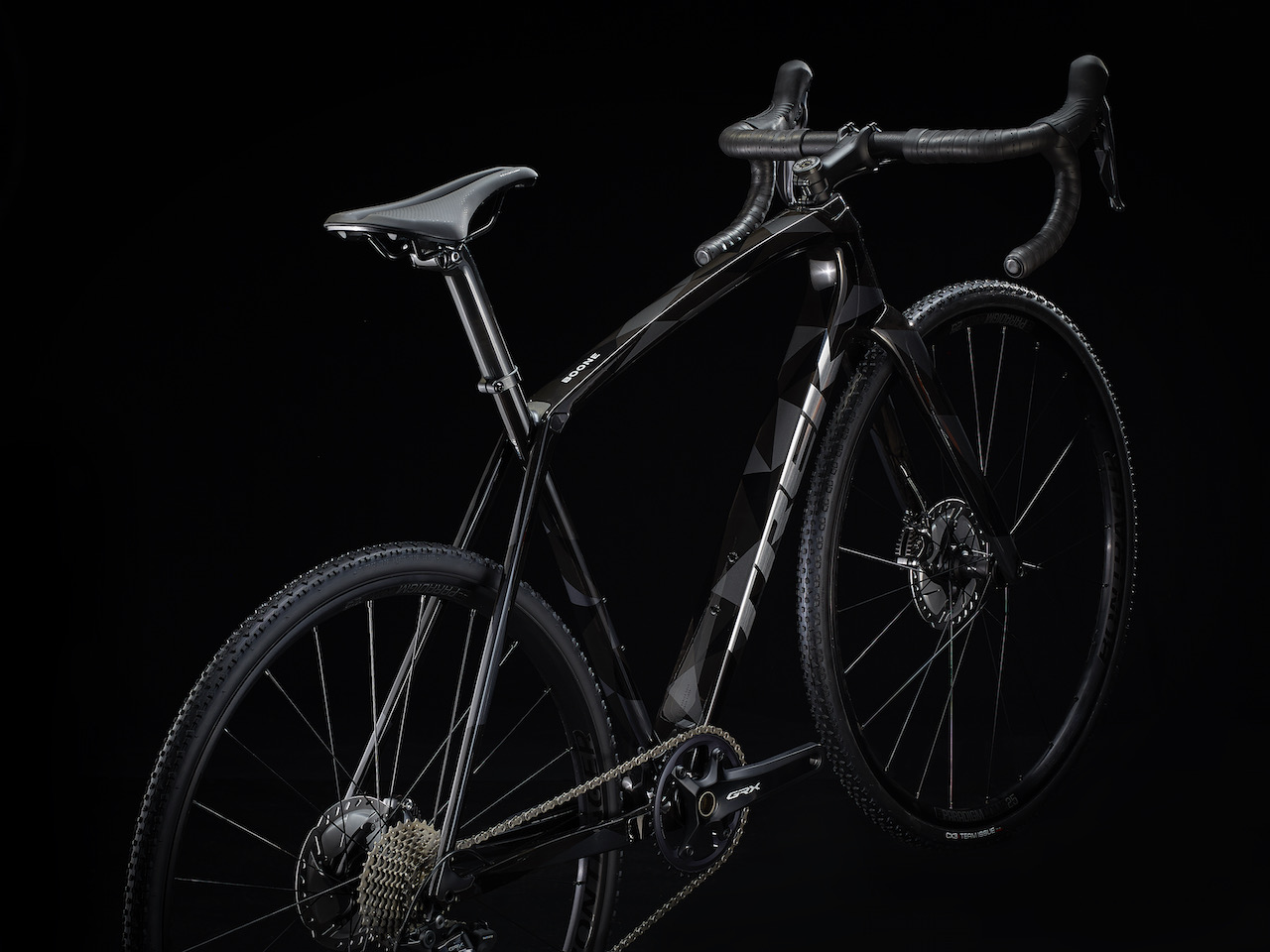 As of now (we checked), the 2022 Trek Boone 6 is available for purchase from Trekbikes.com and should be at your local Trek dealer.

Katie Compton developed the geometry for the Crockett and Boone before Trek brought on Sven. She tested aluminum prototypes at World Cup races before the geometry was finalized.

Stop regurgitating Trek Website and focus on important details that were left our… Rear and front clearance, still using terribly designed is iso speed front spring thingy? Cable routing – clever design or pain on the as$ when it comes to cleaning headset (critical for wet cross races). The geometry did change.. I don’t see my 50 cm Boone geometry in the chart.. this article needs a rewrite.

No mention of tire clearance?

Answered my own question with a little googling – not good:
https://cyclingmagazine.ca/sections/gear-reviews/bikesframes/trek-boone-2022/
“The design of the bike reflects its specialization—it only has two bottle cage mounts, a maximum tire clearance of 33mm (the UCI legal limit for cyclocross racing,)”

The 50cm is now the 49cm, with the exact geometry as before. Tire clearance is stated 33mm max….were hoping thats not true.

Big miss. I race CX and use the bike for gravel riding the rest of the year. I don’t need places to attach bags and such, but I do need to be able to fit tires larger than 33. No Trek, I will not purchase 2 bikes from you (CX and a Gravel) when I can buy a CX bike from other vendors that will also handle larger tires.

Exactly…. I have a SuperX currently and its perfect for mixing CX and Gravel *IF* you can work aroun the funky BB to get gearing setups that you like (I say that because swapping between 1x and 2x is a pain for me with Sram AXS Cranksets) …. But the tire clearance is key.

I had wondered whether the next frame would be A Cannondale Supersix EVO CX, a Trek Boone, or a Crux…..for sure its not going to be a Boone now….

They TOOK AWAY front ISO Speed! It better be lighter.

Trek told me the max width was 38. That’s enough for a lot of gravel.

Any cross bike will have mud clearance beyond the 33 minimum. I’ve put Panaracer Gravelkings in 43 size on my Crocketts. Had to re-dish the rear wheel a bit to clear the bump behind the chainring.

Thanks for the article update..

Majority of people buying these and racing cross are unlikely to fall into the 33mm clearance UCI requirement. And your local cross courses in US are likely to have nasty roots and rocks to give advantage to bigger tires. Not to mention mud build up in North West races. The limited clearance make no sense even from CX racing standpoint.. Trek missed the mark.

What i loved about last gen Boone is external cable routing on front fork made is super easy to pack in a Nijna Travel case. The marginal gain of aero cable routing is not worth the pain of dealing with dis connecting and re bleeding cables during travel or cleaning headset.

Clearly this bike is marketed toward the pros.. Cannondale wins the cross bike relaunch this go around. Sorry Trek, try again!

A lot of “pros” don’t even have UCI compliant frames/wheels. Unless you are on the WC circuit and actually doing well it pretty much doesn’t matter. As long as your tires fit in the tire block.

If memory serves, my S-Works Crux listed 33c as the maximum tire size, and I run 38s, so… I mean 33 is the limit for actual CX racing so mud tires can clear the stays when inundated with debris, but there’s much more clearance if you’re just using it as a gravel/mixed terrain bike.

@Sunny: Trek also has a new Checkpoint if you want better tire clearance and more gravel/off road features. The Boone is designed to be a CX race bike.

Can I put a front derailleur on it?

So is the frame 1x only? The Trek website doesn’t say. And what is the biggest chainring that will fit?

@Eric — the last Boone frame came with a front derailleur attachment that is easy to install, but you have to get it from a Trek dealer, they usually come with framesets (no big deal). I’m guessing since the team at Baloise-Trek runs doubles for some races, there is a double option.

No mention of the Thin Blue Line/Punisher mashup head badge?

You mean the Trek shield headbadge they’ve been putting on their bikes for the better part of the past decade?

@bikemike, if you believe aero is hype, you’ve never ridden fast or in windy conditions.

I own this bike and put 38mm Maxxis Ramblers. Fit just fine.

I appreciate a dedicated CX bike and have a separate gavel / road bike so love this. And Trek does more to support and grow CX than any other brand so they have my loyalty. I won’t run the bike stock so what I really want to know is can it handle 140mm rotors?

Here is another article and picture that acutually shows the bike with a 42 on the back and still have a bit of clearance, so a 40 should fit just fine.
https://www.cxmagazine.com/ridden-reviewed-new-2022-trek-boone-6-disc-cyclocross-bike