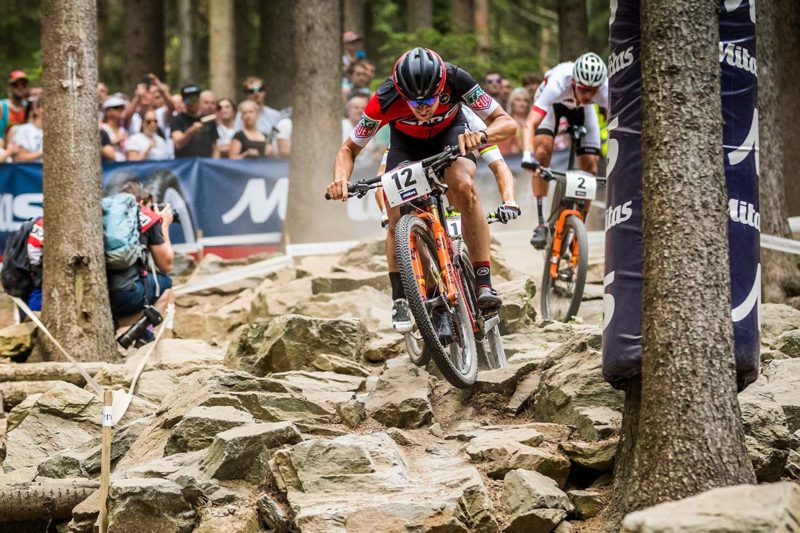 The Fox 32 SC fork pushed the limits of light weight with clever design and a lot of material whittling. Now, in what’s mainly a running change to the model, it gets a stiffer crown and steerer tube assembly that they say gets its stiffness on par with the 34. And not the lightweight 34 Step Cast, either, but the full strength 34 that’s become a staple on trail bikes hitting up to 140-150mm of travel.

Visually, the crown is now smooth and boxier compared to the original’s narrower arms. The sharper corners create more of a box section, which could be a big part of the new design’s improved stiffness.

What’s impressive is that they’ve done this with only a 30g weight gain, which should put real-world weights for the new version around 1,409g (3.11lb) with uncut steerer. The benefit in steering precision and overall handling and confidence should be worth the small gain for riders who were pushing the original version to the limit.

The lowers carry over unchanged, as does most of the tech inside. You’ll have your choice of a Factory 32 SC with a remote option and Kashima stanchions, or the Performance series with black stanchions. Both are still limited to 100mm travel, but, in a rarity for modern forks, you’ll still have a non-boost 15x100mm thru axle option as well as the now standard 15×110 Boost spaced model. Both also run the new FIT4 damper… 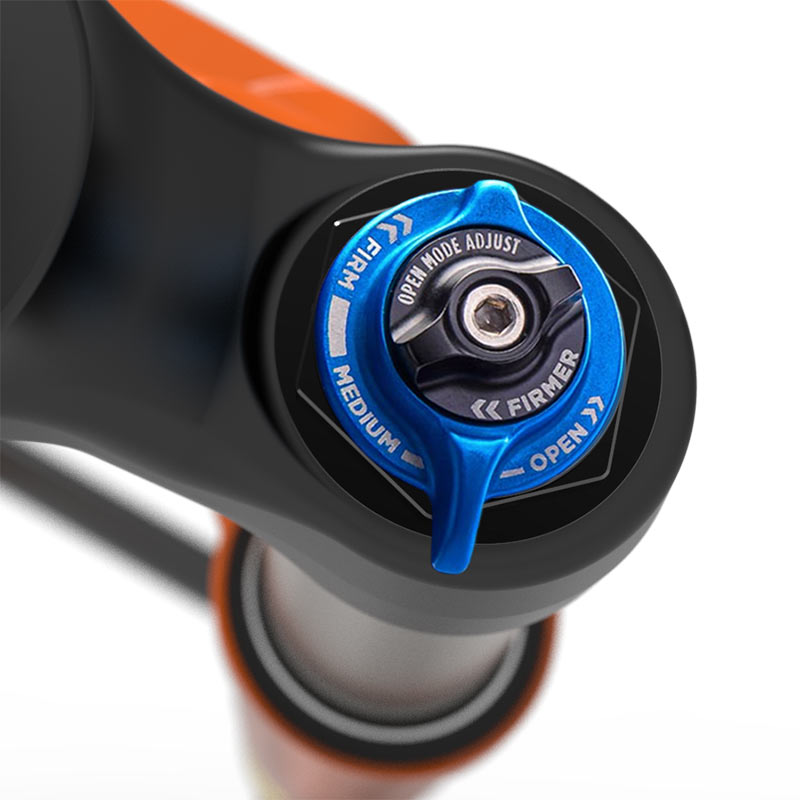 The FIT4 damper doesn’t change names for model year 2020, but its design does. Fox says it’s lighter and more tunable than ever, and you’ll find it in the 32, 34 and 36 series forks. So, what’s new?

An 8mm damper shaft. revised bladder construction and updated shim stack are designed to offer more small bump sensitivity without affecting mid-stroke support. The rebound circuit is also updated with a new shim stack layout and larger opening for the check valve. The new design is anywhere from 25g to 56g lighter depending on model, which brings the total weight down for the standard forks. The Step Cast (SC) forks were already using the 8mm piston, so (unfortunately) don’t get the weight savings, but still take advantage of the performance.

Probably will be available as a 34, but i don’t think it was ever available in a 32.

Correct, 32 SC is 40-100mm only, while 34 SC is only 100-120mm. I think the thought is that if you need more travel, you can bump up to the 34 SC without much weight penalty, and still get the sleek looks. I think a Performance Series 34 SC could replace a lot of forks.

The fork is interesting. I think the real story is Racer #2. One-legged MTB racer that is obviously fast and has better bike handling skills than a majority of people. I want to know this guy’s story.

Its his sock… you can see the red line and the top and the white on either side.